Puducherry Travel GuidePuducherry TripsArikamedu - A Remnant Of Pondicherry’S Checkered Past

Arikamedu - A Remnant of Pondicherry’s Checkered Past

Once regarded as the mother of all bead centers in ancient lore, Arikamedu - or Kakkayanthope as its known today – is quite unlike any of those ancient Indian sites you would have probably visited at some point of time or another.

Shrouded more in oblivion than secrecy, this once famous Cholan port is now located at the very center of a thriving coastal village seven kilometers south of Pondicherry city.

Transportation is sparse with city buses plying the area at irregular intervals. So if you plan to visit the site, it’s best that you book a cab or rent a bike to score the ruins of this place.

Most residents seem unaware of the port’s relevance; trust Google Maps to do the job should you get lost per say. My friend (You can read her well-crafted story on another hidden marvel called Tranquebar here) and I had a tough time locating the ruins amidst all the hustle and bustle you would generally associate with a coastal hamlet coming to terms with modernity.

It was a middle-aged temple priest who finally managed to point us in the right direction – an empty field that seemed to envelop a grove of greenery at the very end of its reaches.

Known in Tamil as the “eroding mud,” Arikamedu today lies within the confines of a coconut and mango orchard. Treated more as a picnic spot than a historic site with its own relevance, the Archaeological Survey of India (ASI) has done little to maintain the place’s former glory - save for an information board stuck at the entrance of the grove.

Arikamedu has had its fair share of controversies ever since it was rediscovered in the early 1930s. It all began with two archaeological groups laying stake to the claim of having found the site first. Then came the excavations and their respective finds, leading a few historians to doubt the authenticity of the port’s checkered past.

Most of the artifacts found during the initial excavations between 1930s and 1940s – now credited to Jouveau Dubreuil, and Dr. A. Aiyappan – are housed in the Pondicherry museum. These include beads, terracotta artifacts and a few gold and semi precious jewellery.

According to historians involved with the excavation, wines in amphora jars, cups and plates of Terra Sigillata (fine red Roman clay) and other various ceramics were once imported by the Tamil populace while products like beads, terracotta objects, glass, gems, plants, spices were exported to the Roman Empire at large.

Arikamedu’s port history dates back to 200 B.C.; this seems to be more or less the theory thanks to the finding of ancient Chola coins during the Indo-French excavation. Moreover, some of the names found on the seals here have been mentioned in the Sangam literature of 300 B.C.

Besides maritime commerce, there seems to be evidence of inland trade between Arikamedu with other 'megalithic' sites such as Kaveripattinam, Alagankulam, Musiri and Suttukeni which were conveniently situated along river valley routes.

Between 1771 and 1773, the port became the confines of a seminary and residence for French Jesuit missionaries driven out of Siam. It was later abandoned in 1783. The remaining walls of the seminary clearly indicate the use of mixed style of bricks, some of them, probably pilfered from ancient structures.

What remains of Arikamedu today are just the twin red brick pillars that welcome you first, and the walls of the French Mission house dilapidated beyond repair. Cyclone Thane did her job well in obliterating most of the site’s remains five years ago.

Artifacts at the Pondicherry Museum 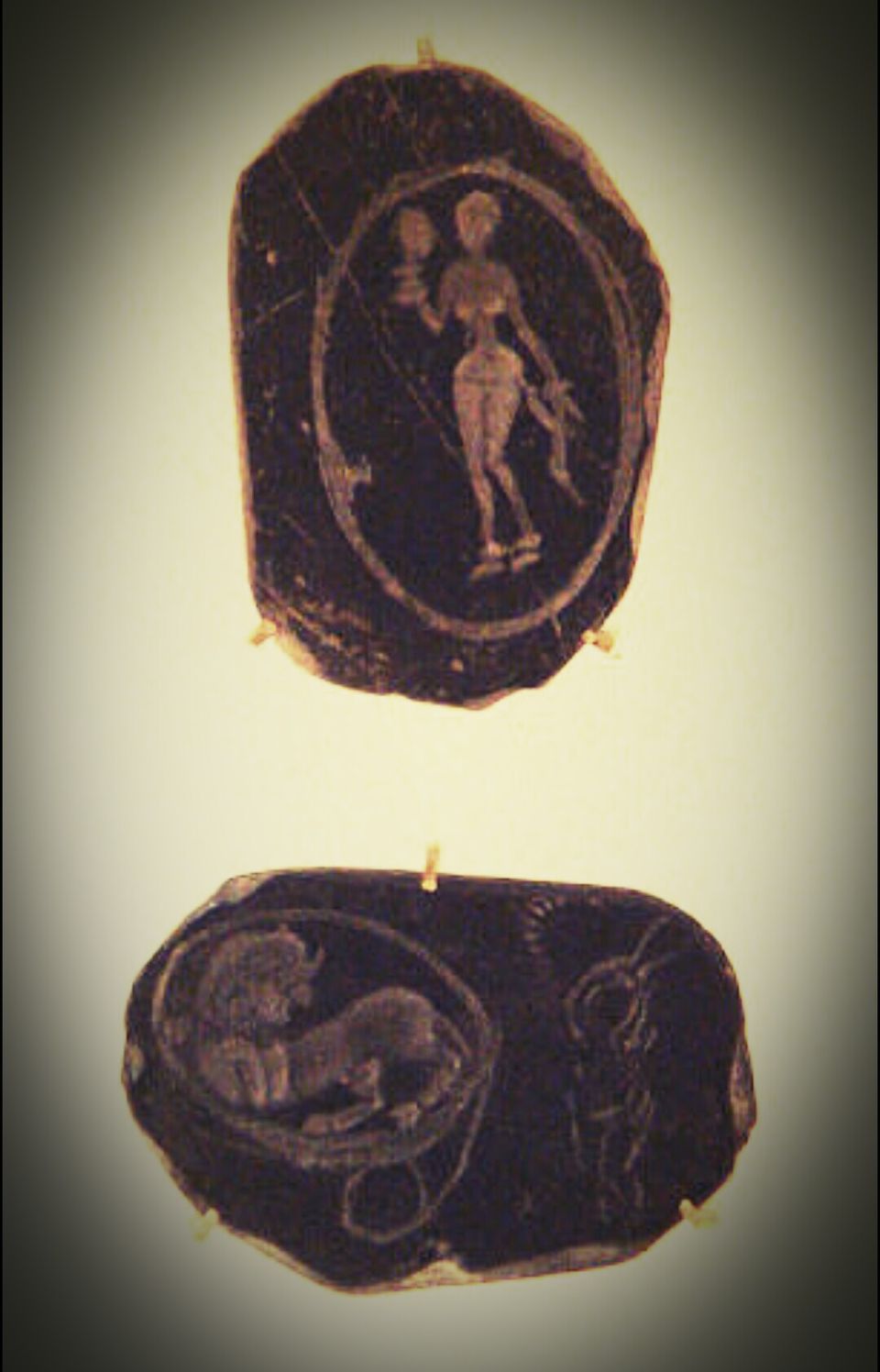 Side view of the French Mission house.&nbsp;Image by Ms. Seema Bezbaruah 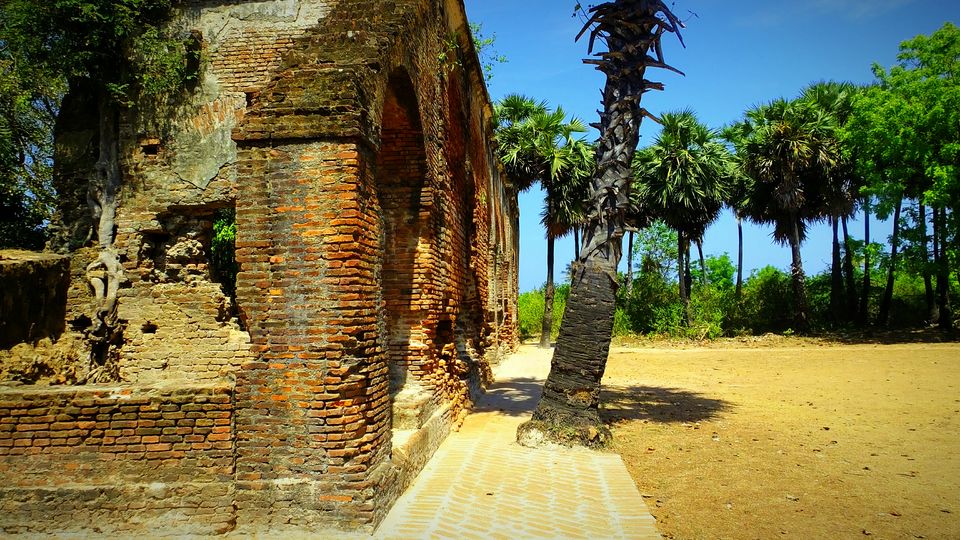 Bricks dating back to the Cholan times.&nbsp;Image by Ms. Seema Bezbaruah 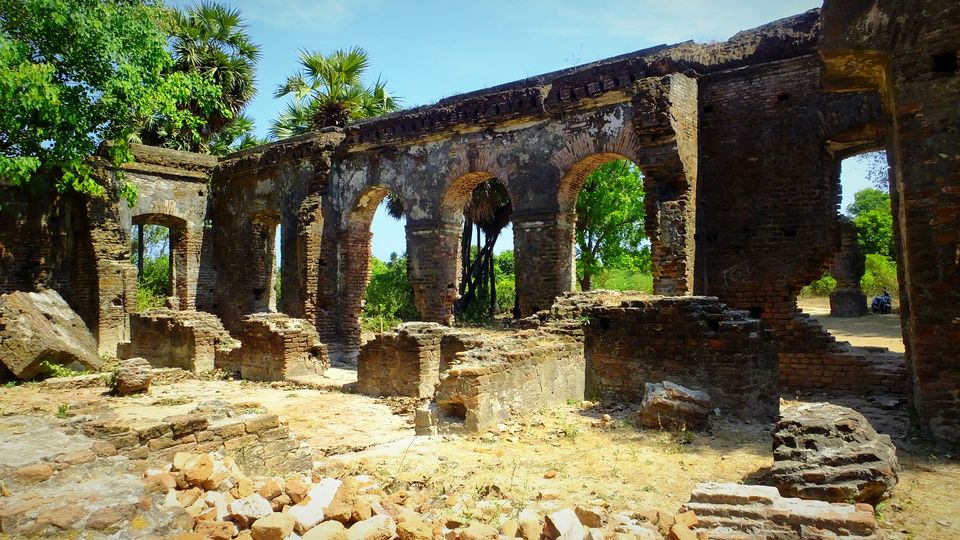 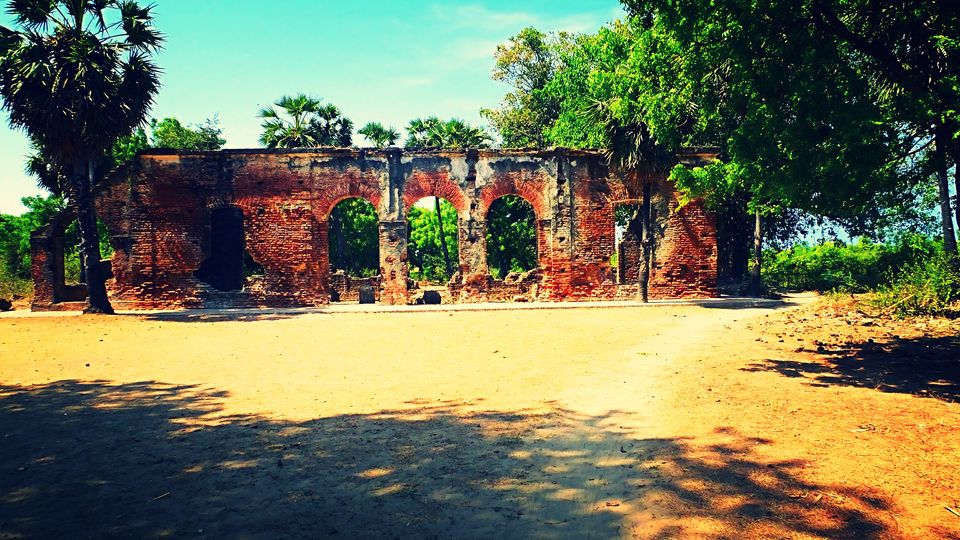