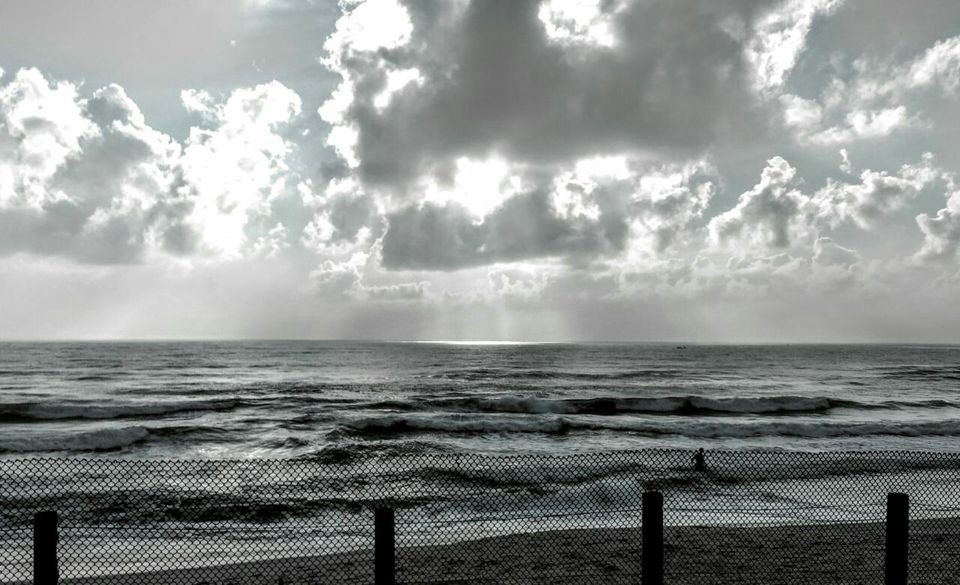 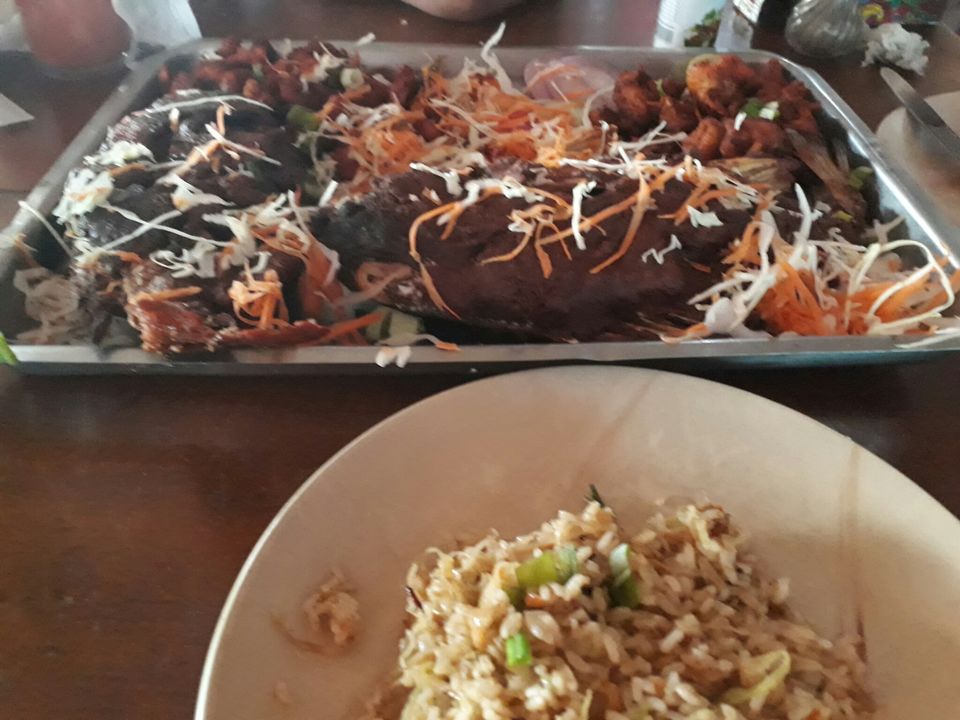 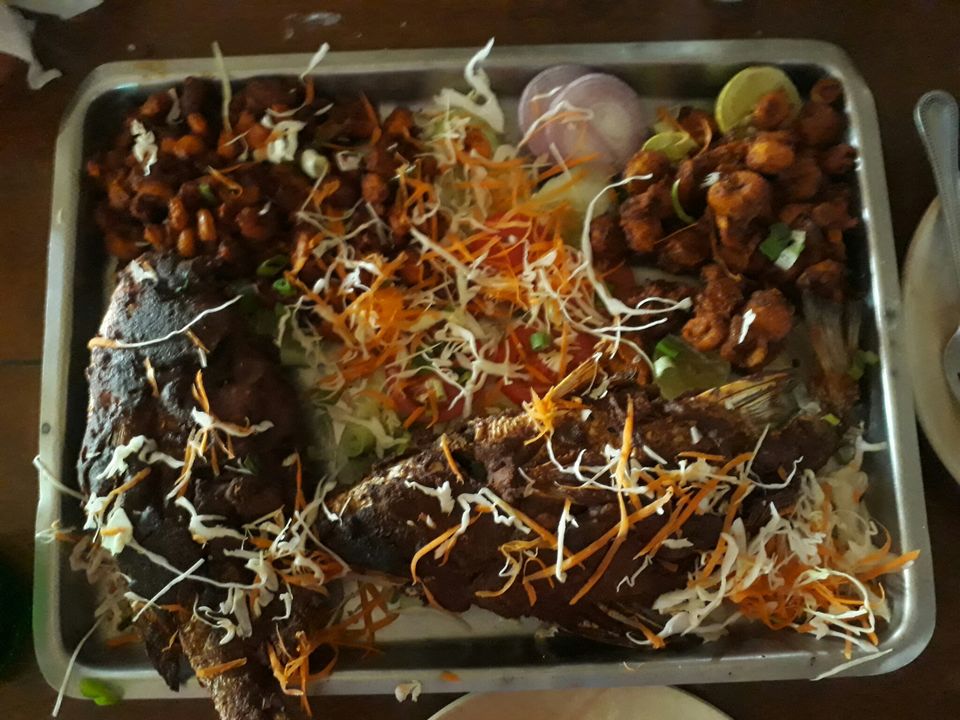 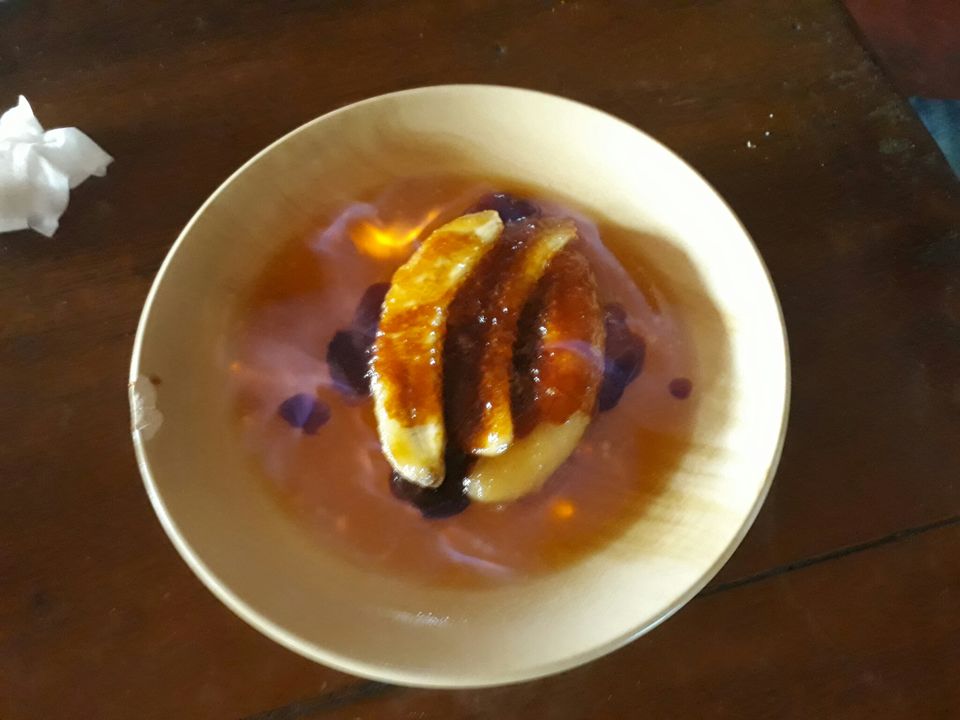 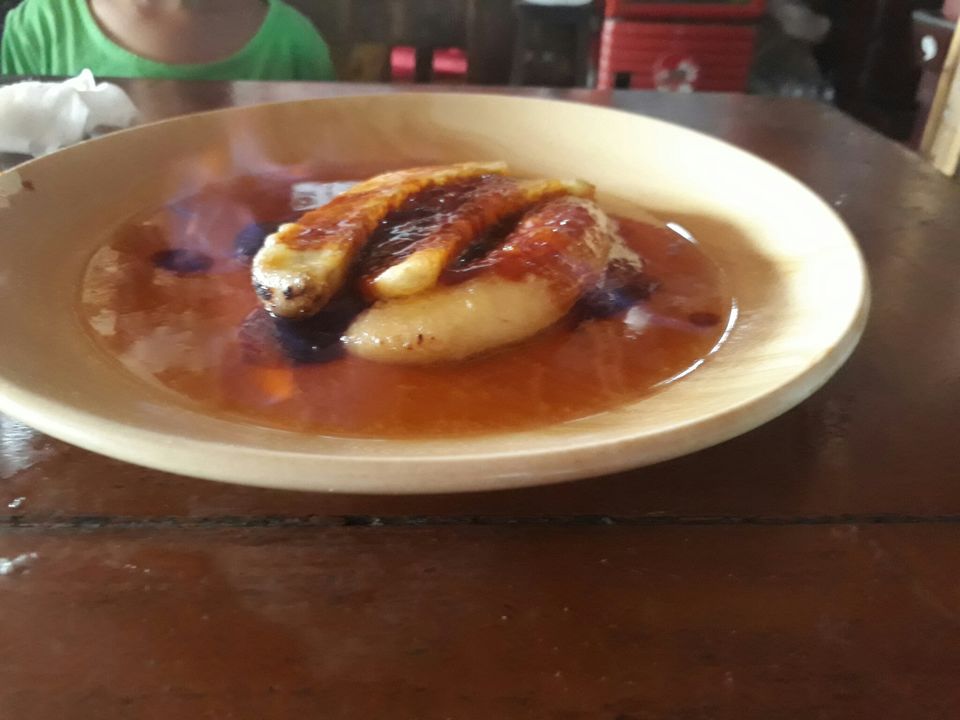 My seat throughout the evening 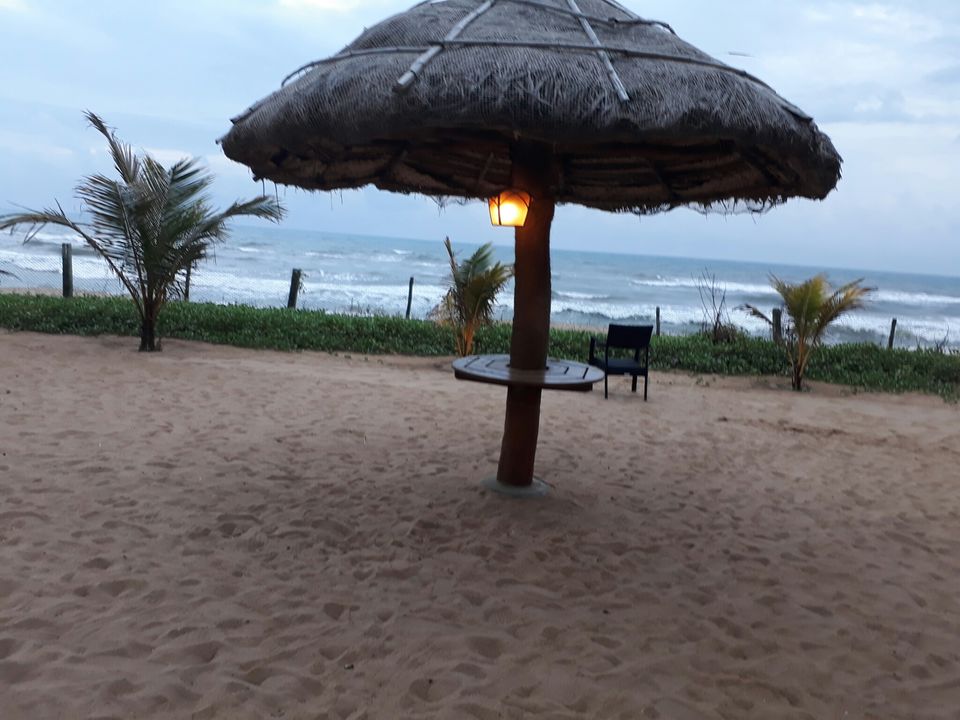 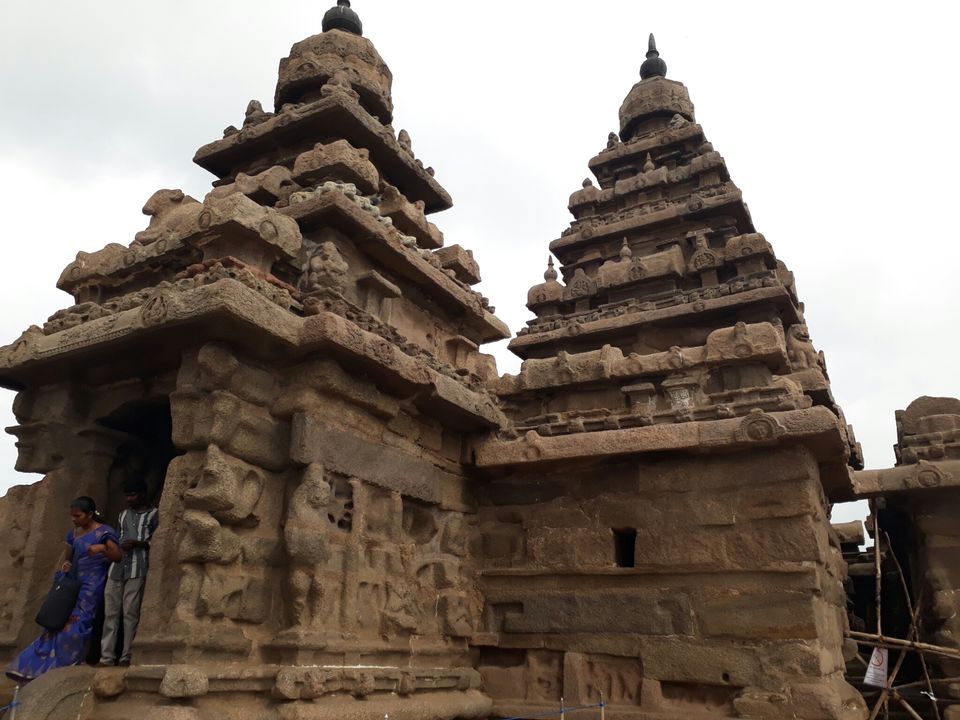 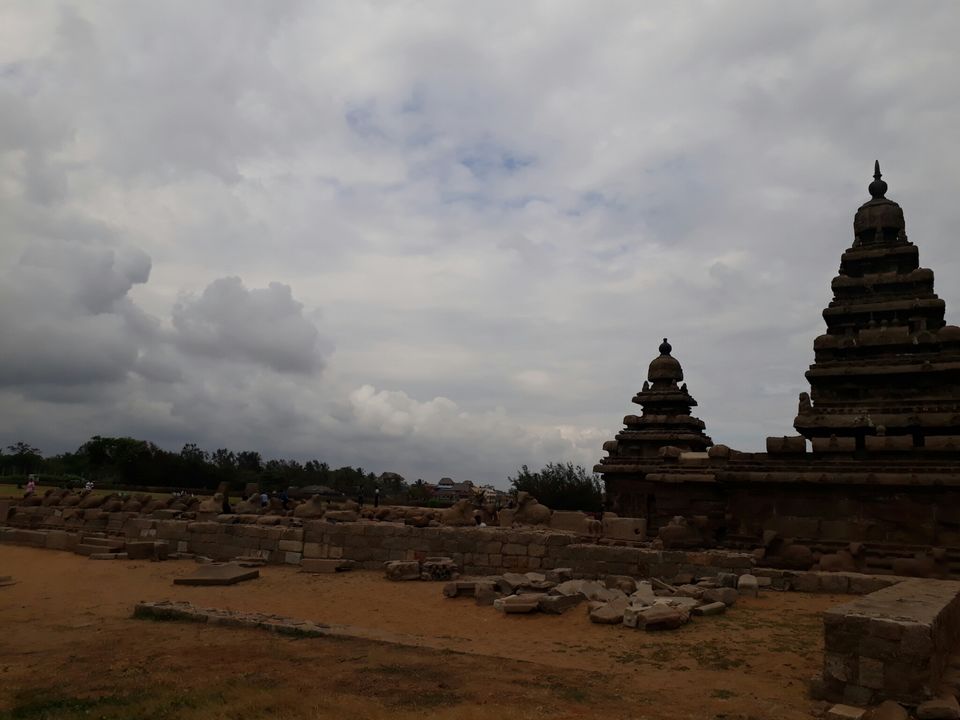 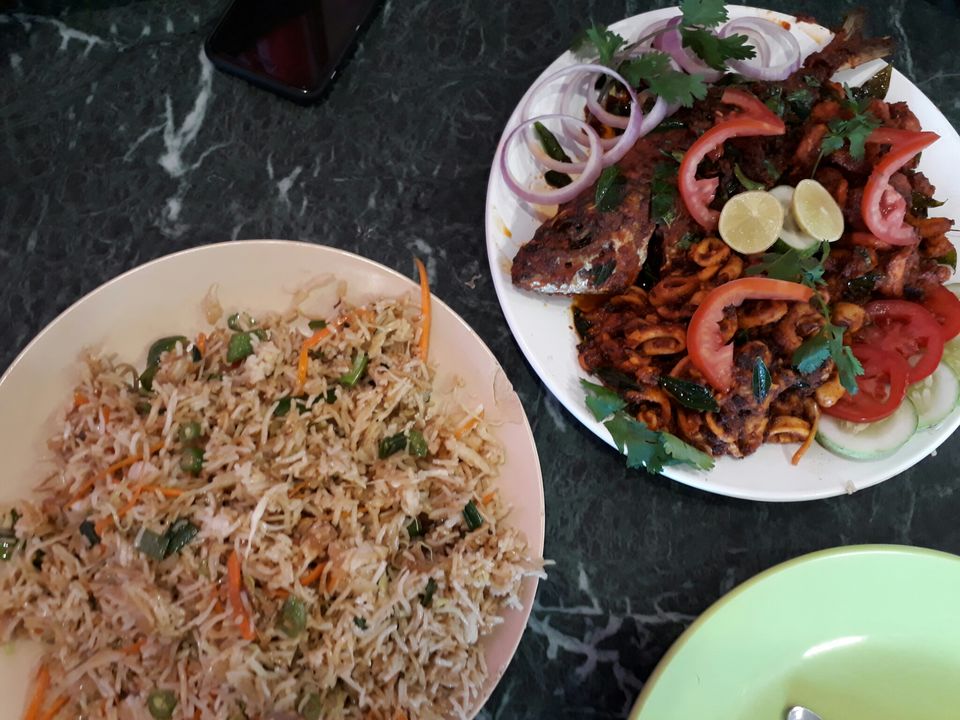 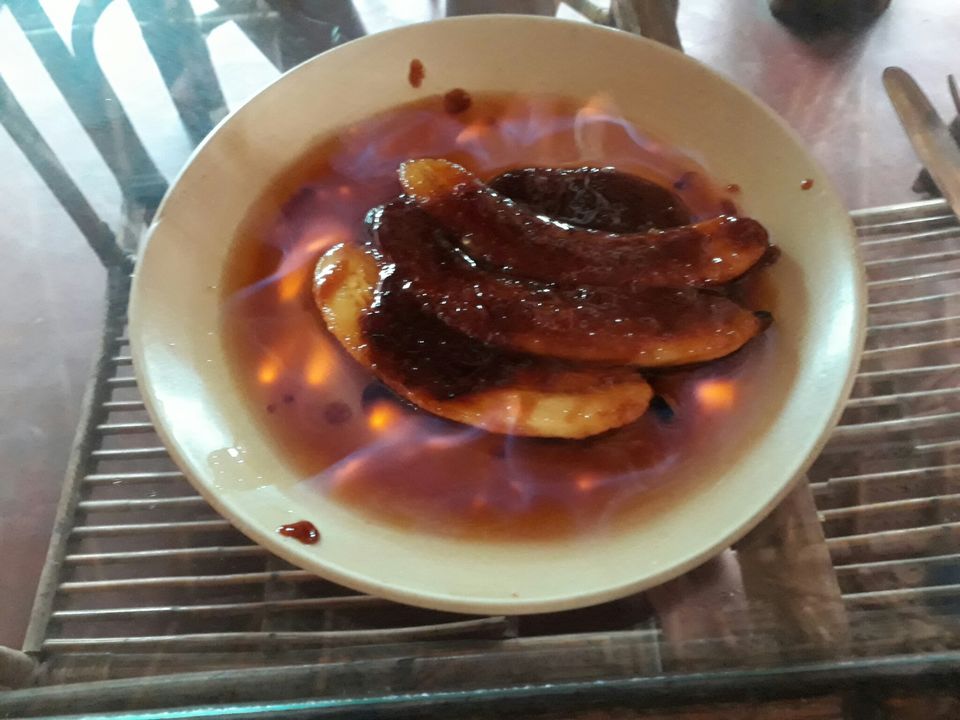 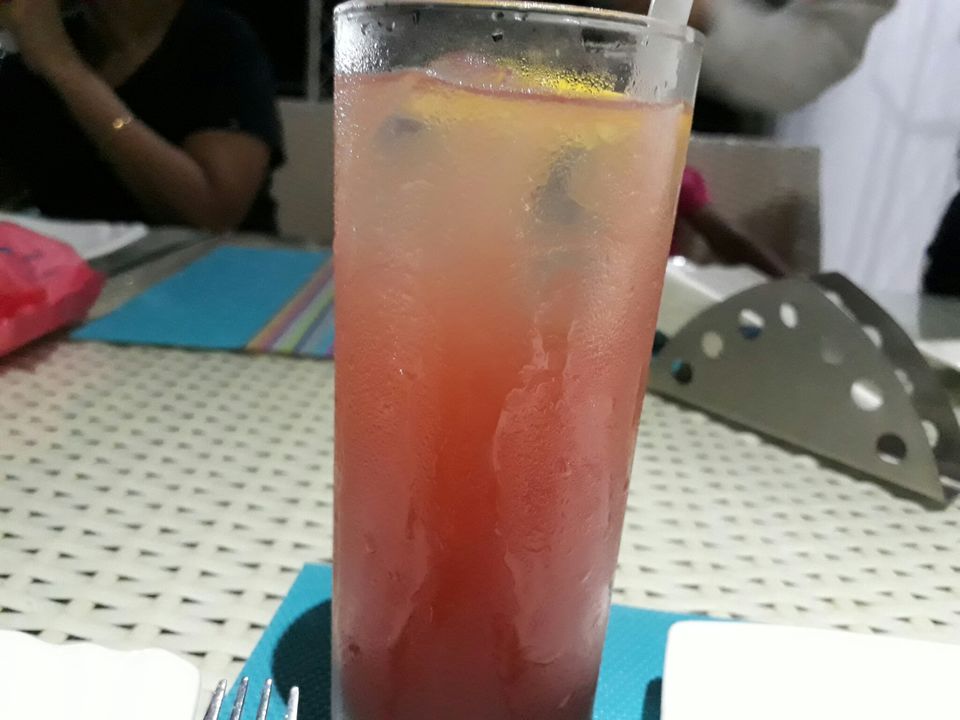 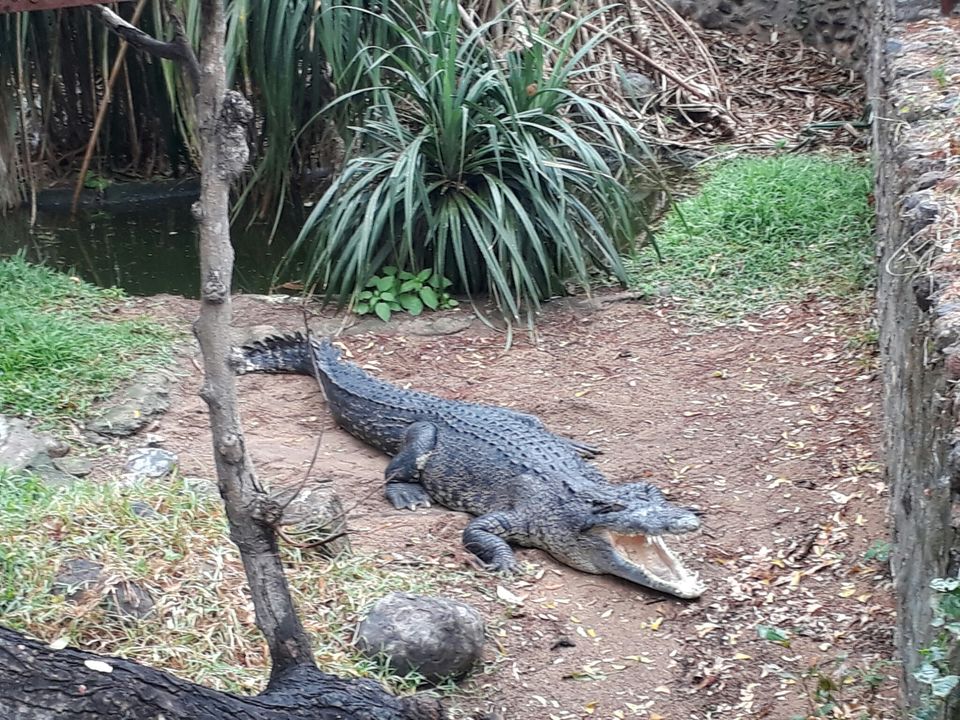 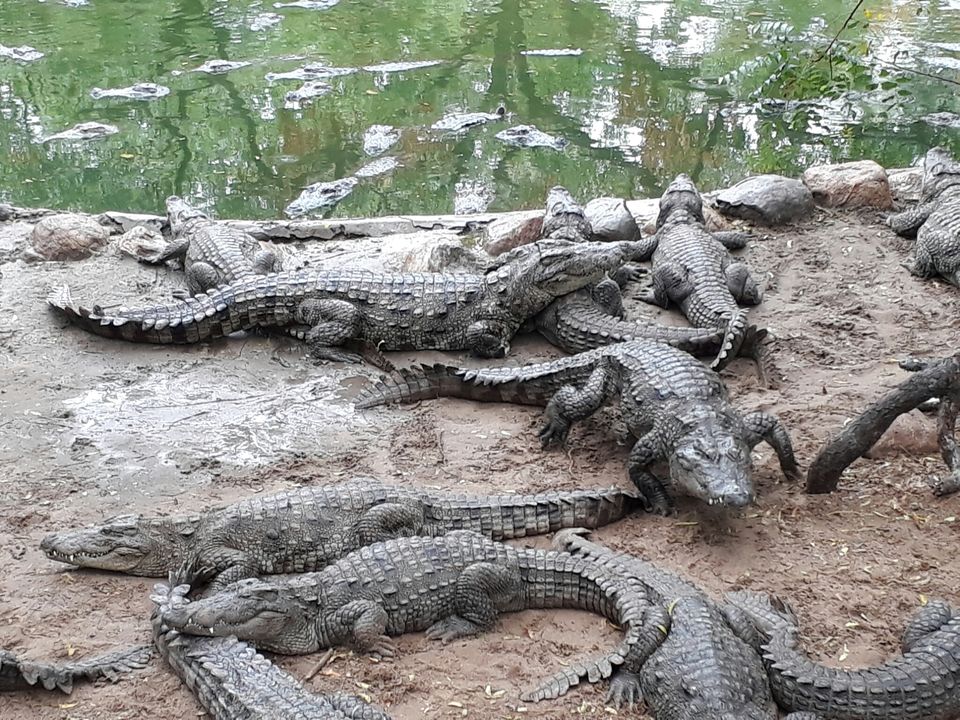 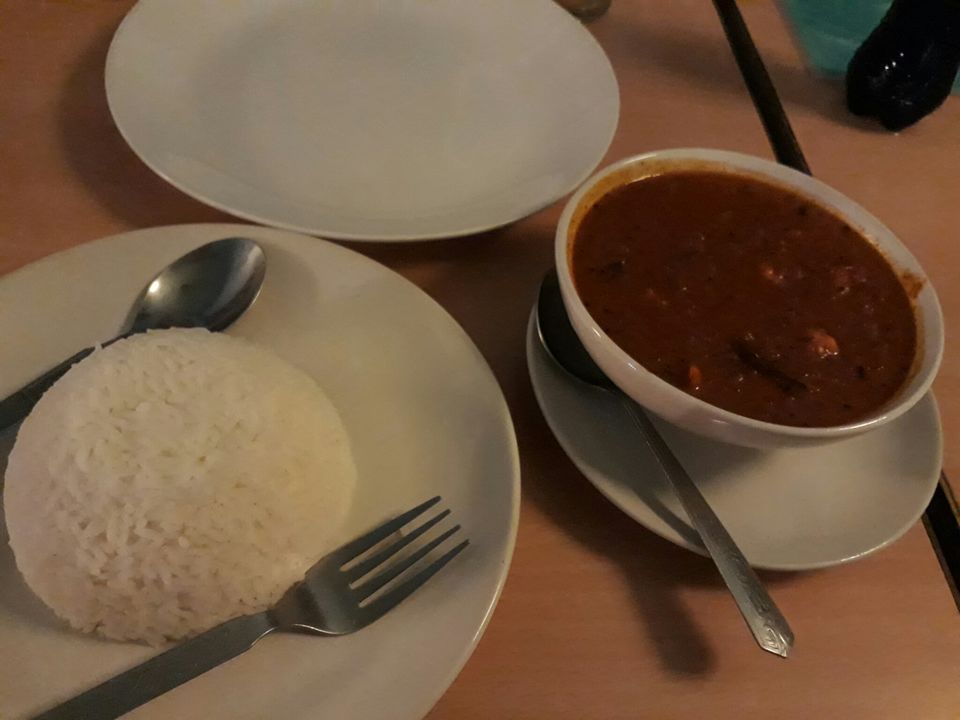 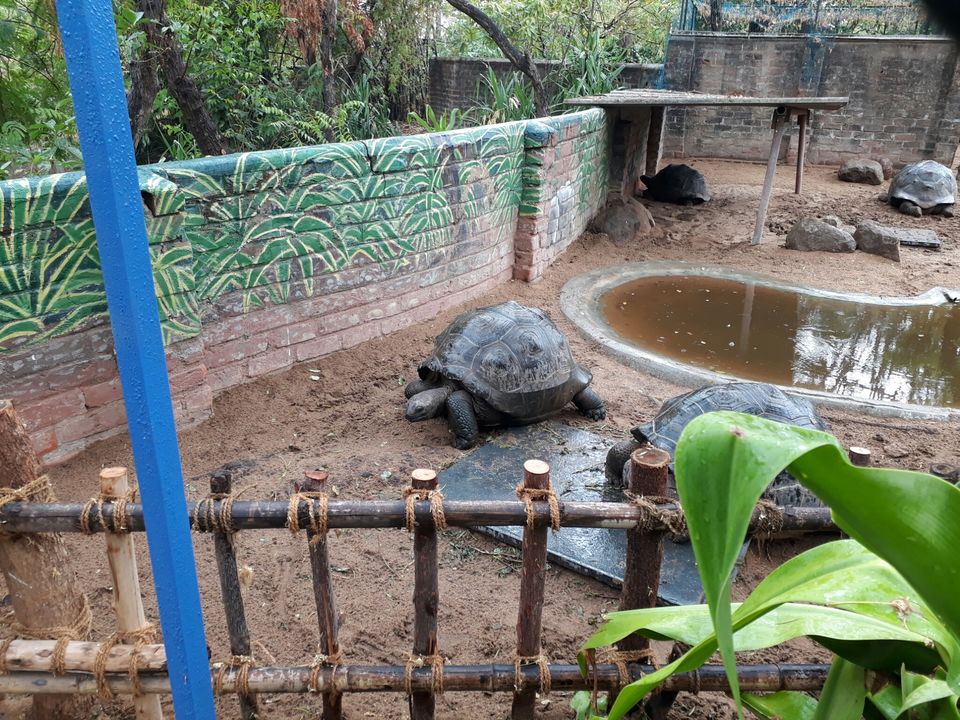 The quaint little beach town 60 kms from Chennai is a curious case of contrasts. The little town on the one hand is dotted with UNESCO World Heritage sites, medieval temples & colourful markets but on the other hand resides the glistening coastline, clean beaches & flamboyant hippies. Mahabalipuram is the quintessential weekend gateway for the city dwellers of the nearest metro connected by the very famous & scenic East Coast Road. Previous to Mahabalipuram, I had visited Pondicherry through the same highway & was in love with the road journey (especially since we came from Bangalore 😋).
This trip's first highlight was our stay in a newly opened ITC resort on the ECR that opened on to a very clean stretch of the beach.
Welcome Hotel Kences Palm Beach is a luxury stay, but Mahabalipuram town has a lot of mid budget & budget stay options & they are quite good, on the beach & great views.
Mahabalipuram is steeped in history & mythology. The city of Mahabalipuram was largely developed by the Pallava king Narasimhavarman I in the 7th century AD. Mahabalipuram got its name after the demon king Mahabali. The history of the city goes beyond the Pallava dynasty. It was a seaport city since the 1st century and was used by traders for travelling abroad. The city flourished and was brought to limelight in the 7th to 9th century under the Pallava rule. It is believed that Mahabalipuram was renamed to Mamallapuram after the Pallava King Narsimha Varman I who went by the name Mamallan because of his great wrestling skills. Pallava kings made Mahabalipuram their capital and brought new artistic styles to the culture. The city takes pride in the stone carved sculptures, temples, and man-made curvings, and white sandy beaches.
The stone carved monuments in the city has received recognition as UNESCO heritage site. The monuments are thought to be dated to the oldest Dravidian times. Also known as the open-air museum, the city has numerous temples, many not merely built in, but carved in stone.
The main attractions are Five Rathas, Tiger Cave, Krishna's Butter Ball, Arjuna's penance & the most prominent of all - Shore Temple. The Five Rathas are mini shrines dedicated to the Panchapandavas & Draupadi. The Five Rathas include -
Dharmaraja Ratha
Bhima Ratha
Arjuna Ratha
Nakula- Sahadeva Ratha
Draupati Ratha
All these Rathas includes many sculptures of gods like Lord Vishnu, Muruga, Shiva, Krishna carved into their walls and other sculptures like Nandi, elephant, Lion placed outside the Rathas. The sculptures also include Pallava Kings like Narasimha Varman I.

Tiger cave is located in a small village (this was very close to our resort & on the ECR) called Saluvankuppam on the outskirts of Mahabalipuram town. This cave temple is also constructed by Pallavas in 8th century.  There are number of tiger heads carved out of rocks around the entrance of the cave opening and hence got its name as Tiger cave.
Inside the town, on walkable distance from the five Rathas are the monument complex of Krishna's butterball & Arjuna's penance nestled inside a sprawling compound. The road outside is extremely congested. But coming to the history-
The Arjuna’s Penance is a tall 43 feet and 96 feet high rock with lot of sculptures inscribed in it and it is the largest in the world. A sage performing penance with one leg on ground that resembles Arjuna’s penance is one of the most famous sculptures inscribed in it.Krishna's Butterball is a gigantic granite boulder resting on a short incline. The boulder is approximately 6 meters high and 5 meters wide and weighs around 250 tons. An architecture marvel no doubt but we couldn't take much pictures here thanks to the "selfiestas" who were running around the entire campus for an instragammable click with that perfect historical background. For
Us who were more interested in the history were content walking through the campus to capture the marvel through our eyes. Close to this monument complex is the watch tower which we gave a miss due to the scorching heat of noon.
Shore Temple

This extra ordinary monument stands on the shores of Bay of Bengal with an exotic view. This was built by Narasimha Varman-II around 690 to 715 AD who also built the very famous Kailasanatha temple at Kancheepuram. There were seven such temples but was washed away by the tidal waves of Bay of Bengal. Shore temple was the lone survivor of these seven temples which is surrounded by rows of Nandis that act as a compound wall. People here say, during Tsunami, 2004 they had a glimpse of the other temples emerging out when the sea backtracked for sometime.
We spent a lot of time at Shore Temple. The Temple complex provides a panoramic view of the adjacent shoreline & is a landmark monument visible from a long distance of the beach.
It takes only about half a day to complete the sightseeing. However, we were there for the long weekend & hence spaced out our visits at a leisure soaking in the history of the place. The best way to explore the city would be to hire a car or an auto as the local drivers double up as entertaining guides too.
We visited an interesting reptile park slightly outskirts of the town called Madras Crocodile Bank run by an NGO to preserve the endangered species of reptiles that includes crocodiles, snakes, turtles & monitor lizards. The entire park can be covered in 2 hours. The reptiles are kept in enclosures with water bodies & they are abundantly found moving & lazing around outside the water in their enclosures. Informative boards are kept near each enclosure for the visitors to read about each species.

Now coming to the bohemian side of the town. Having visited Pondicherry before this, I was trying to draw a semblance, but both these places are very different. Mahabalipuram is far more colourful & has an interesting hippie trail. The Fisherman's Street  is a tiny stretch of lane that houses some Indo-Continental eateries & hostels & souvenir shops & is a favourite haunt of the tourists. The continental spread is less conti & more Indian but the result that this milieu creates is a riot of flavours. The French cuisine found here is less French compared to Pondy. But we have had some amazing meals here. We tried the restaurants at 3 different 5* resorts- Radisson - which was no less than a marketplace, very crowded;Grand Bay, nice ambience but limited options & our resort where we had the complimentary breakfast & lunch on the day of arrival - food was good especially the Italian spread. But we enjoyed a great meal at a simple eatery called Le Yogi. This is the highest rated restaurant on TripAdvisor. By the looks of it, there is no sophistication with seating arrangements on low chairs & on the floor. But the calamari,prawns & the sea food platter was out of the world. Tasty, filling & value for money. The banana flambe was droolworthy & visual treat as they pour the rum on the caramel & then light it for you. The flames dance to the rhythm of the wind. The other good eateries are Cafe Gecko for prawn curry & Moonrakers. But Le Yogi shall be remembered for long for their soft as butter Calamari.
Mahabalipuram shall deserve a repeat visit for its vibrant local life, free spirited hippie culture & it's marvellous Shore Temple. 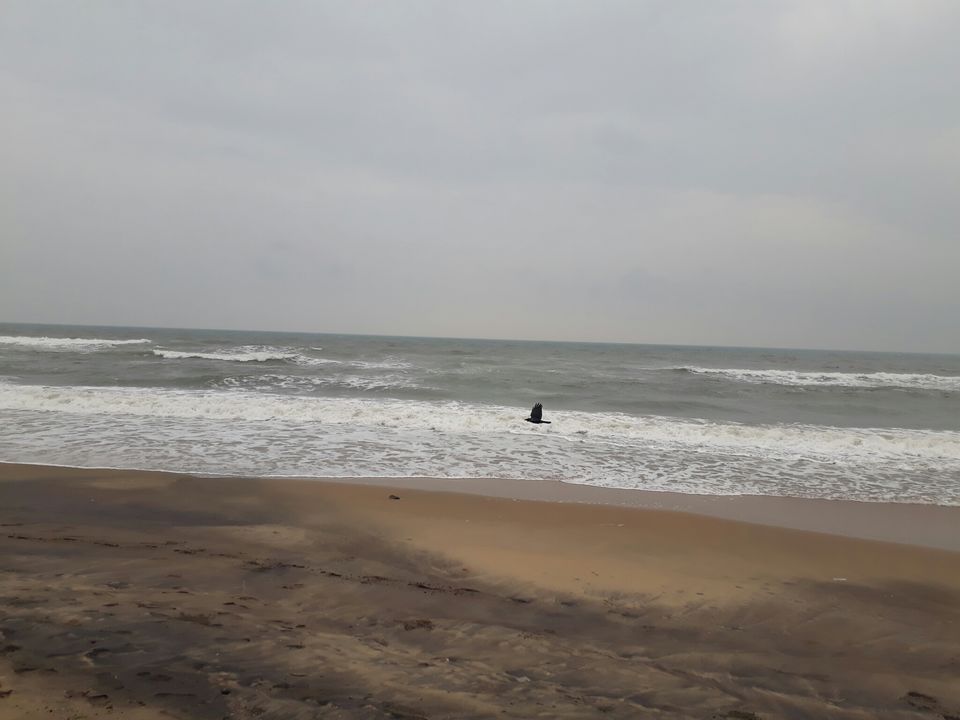 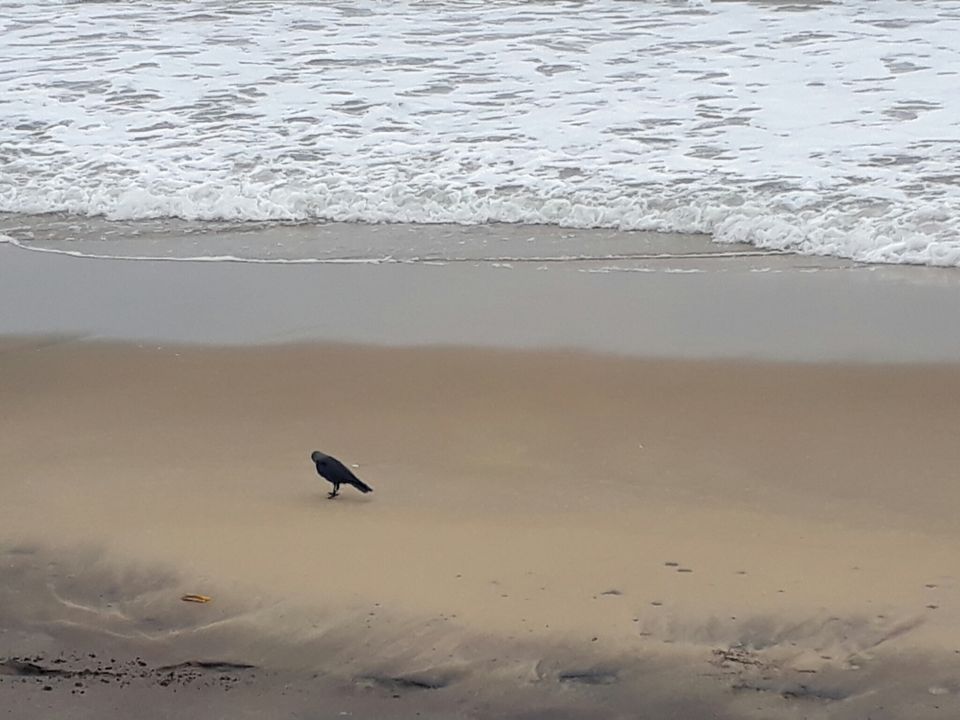 Our stay at an ITC Resort 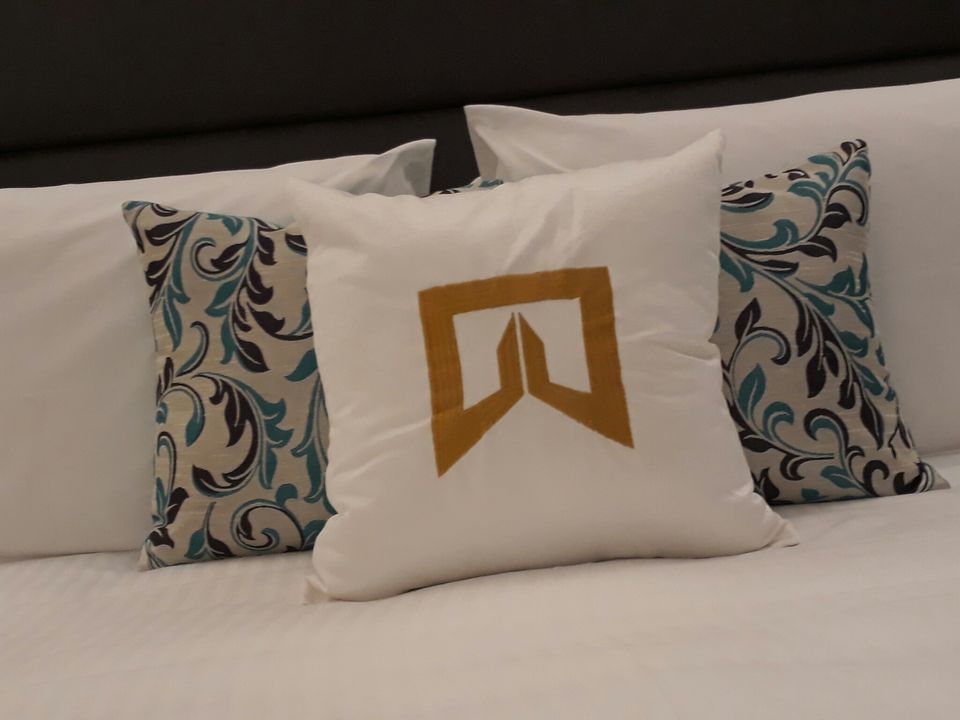 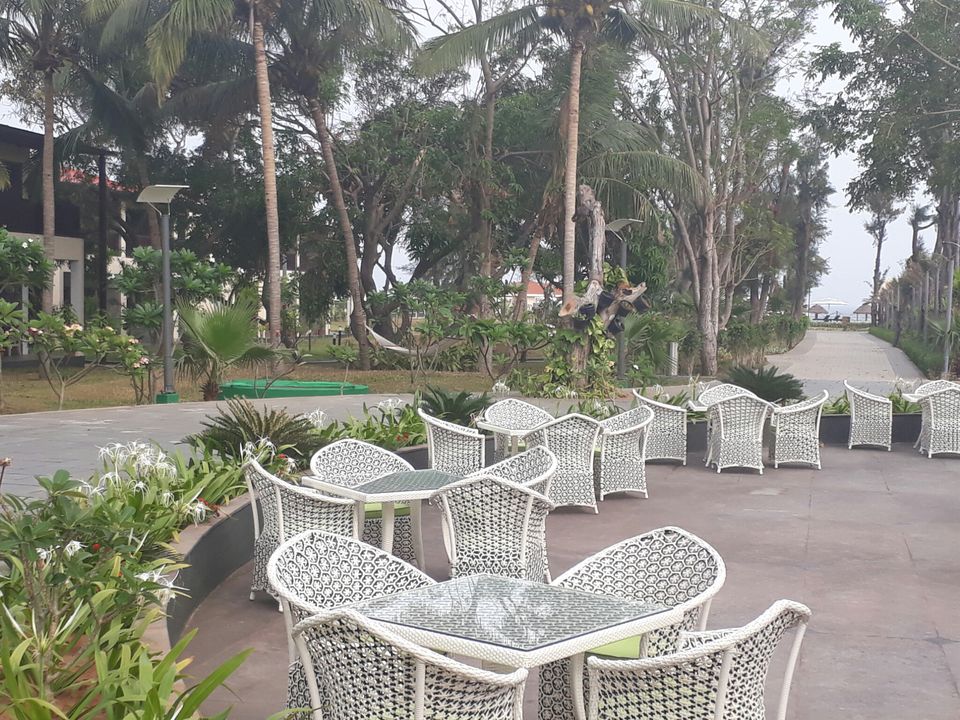 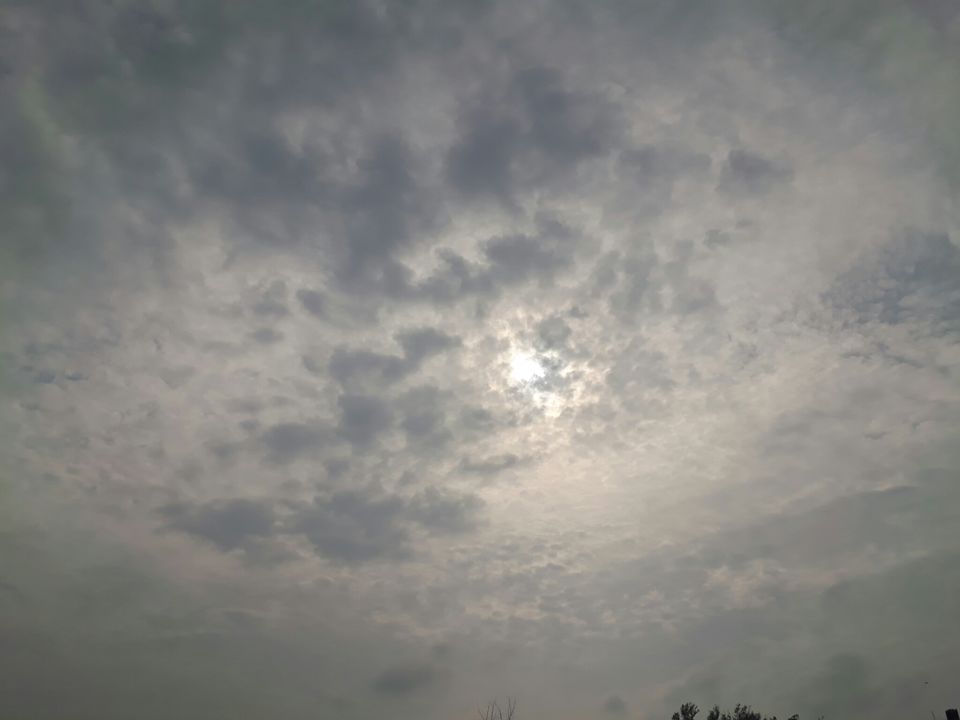 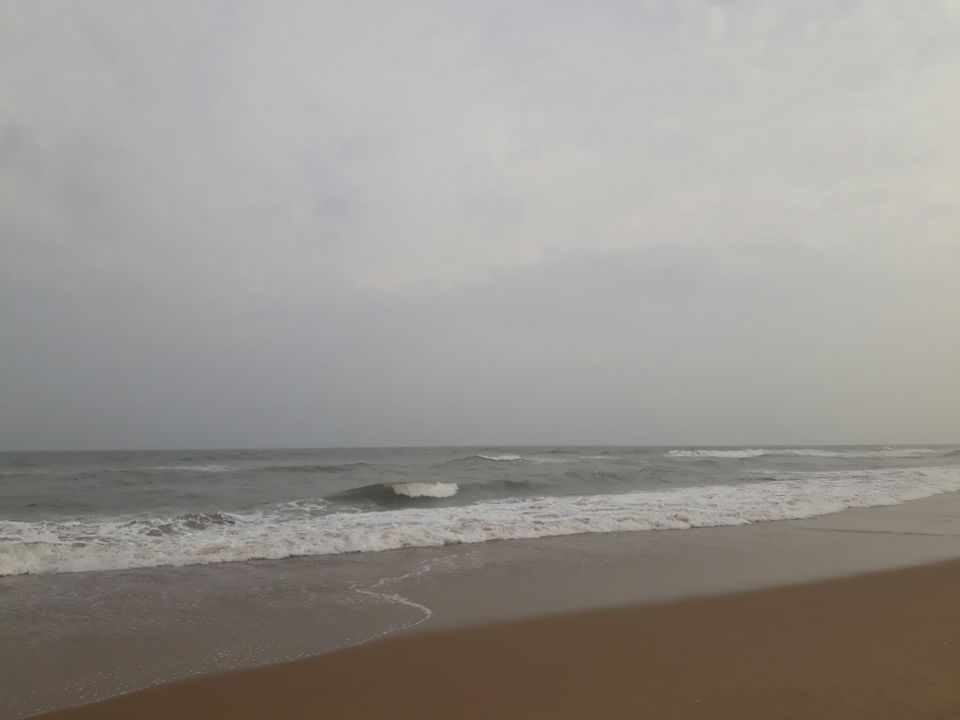 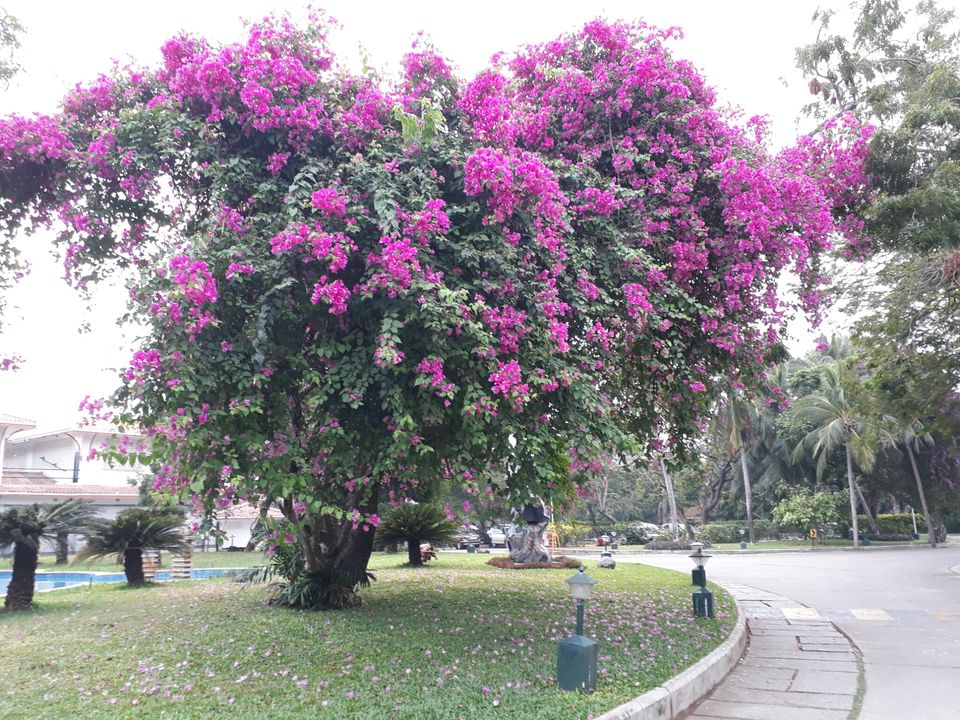 Take me to the sea 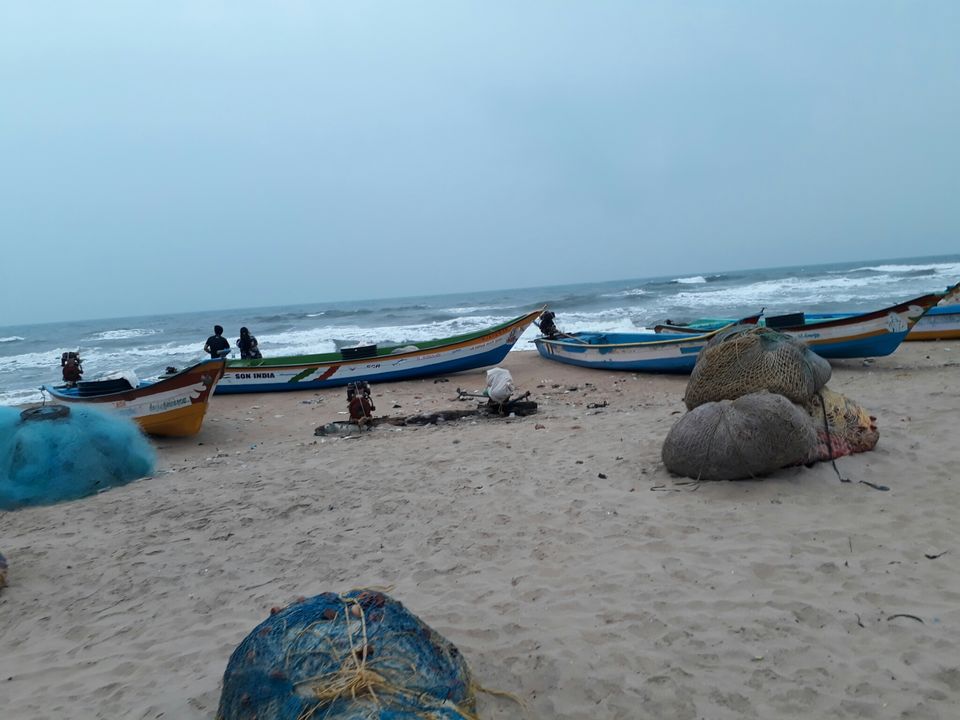 Sepia tones on a cloudy day 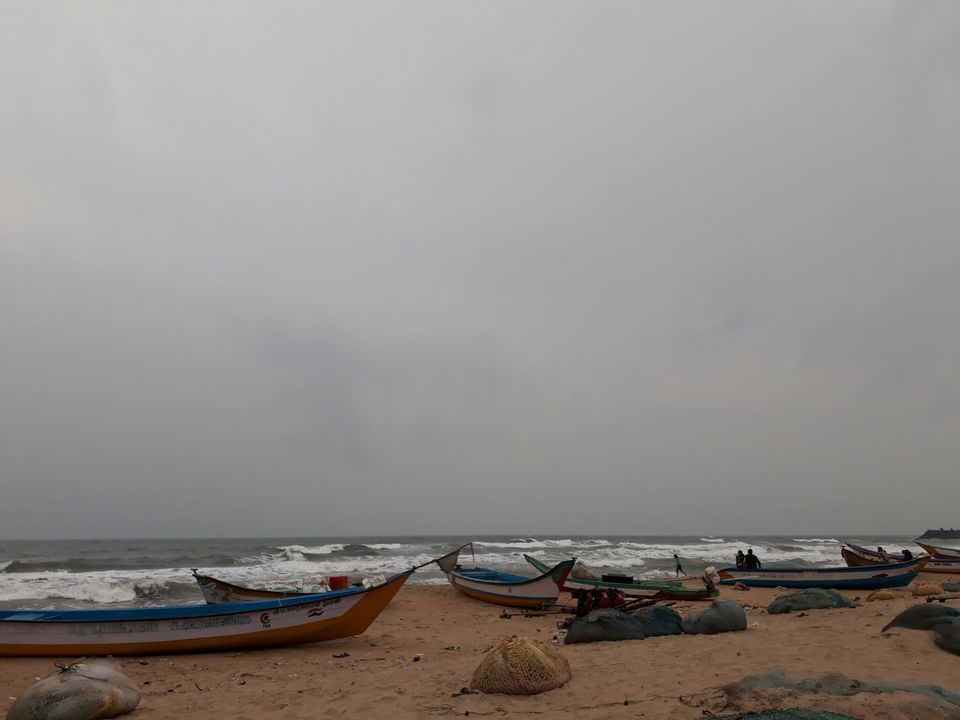 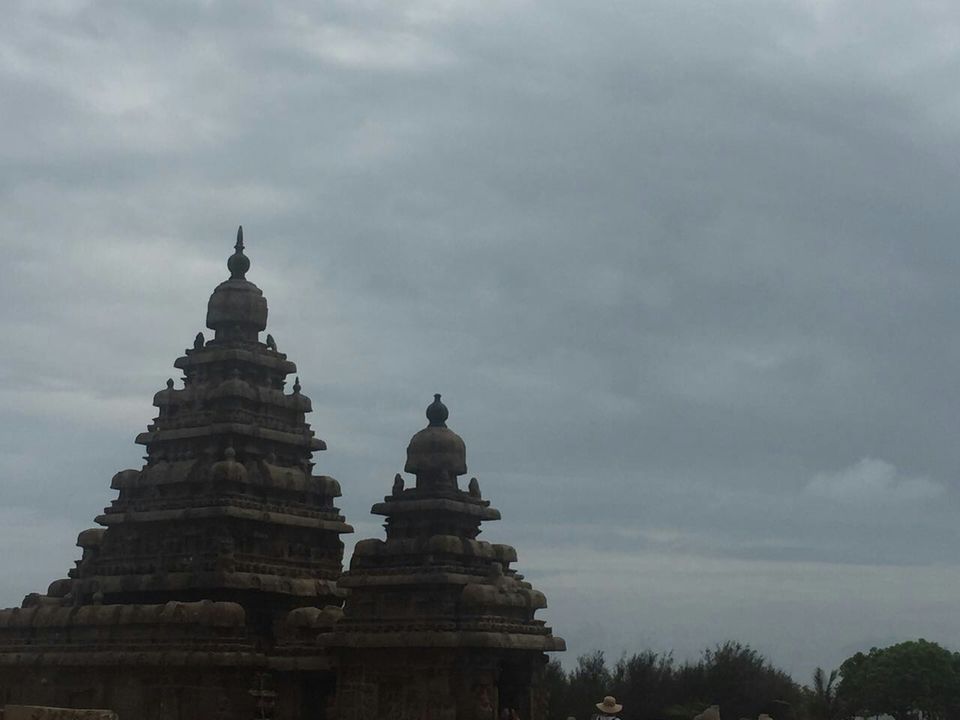 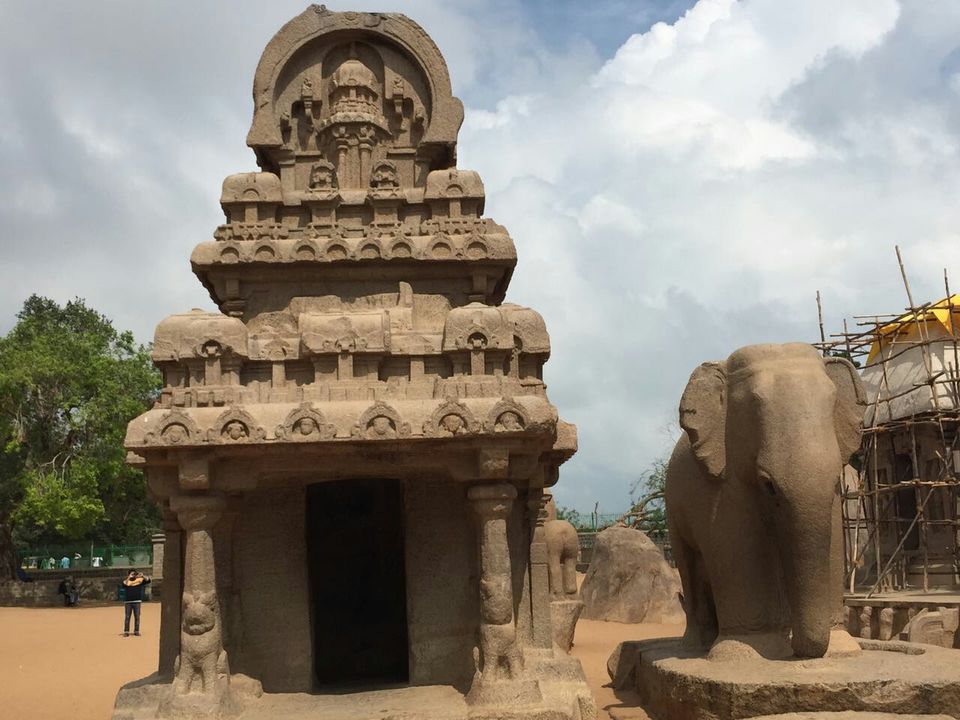 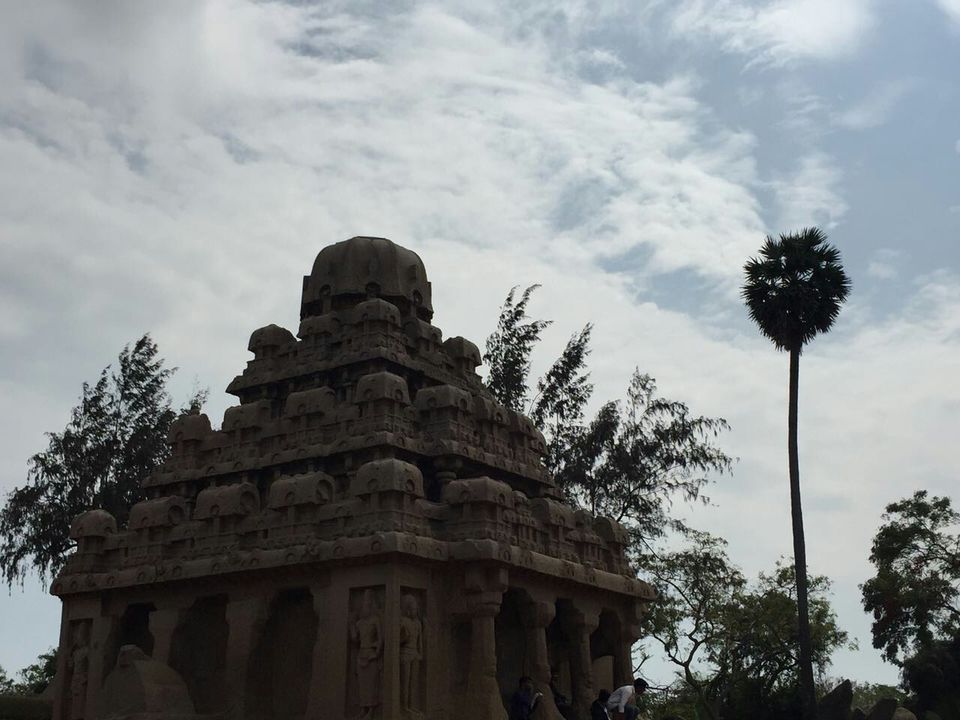 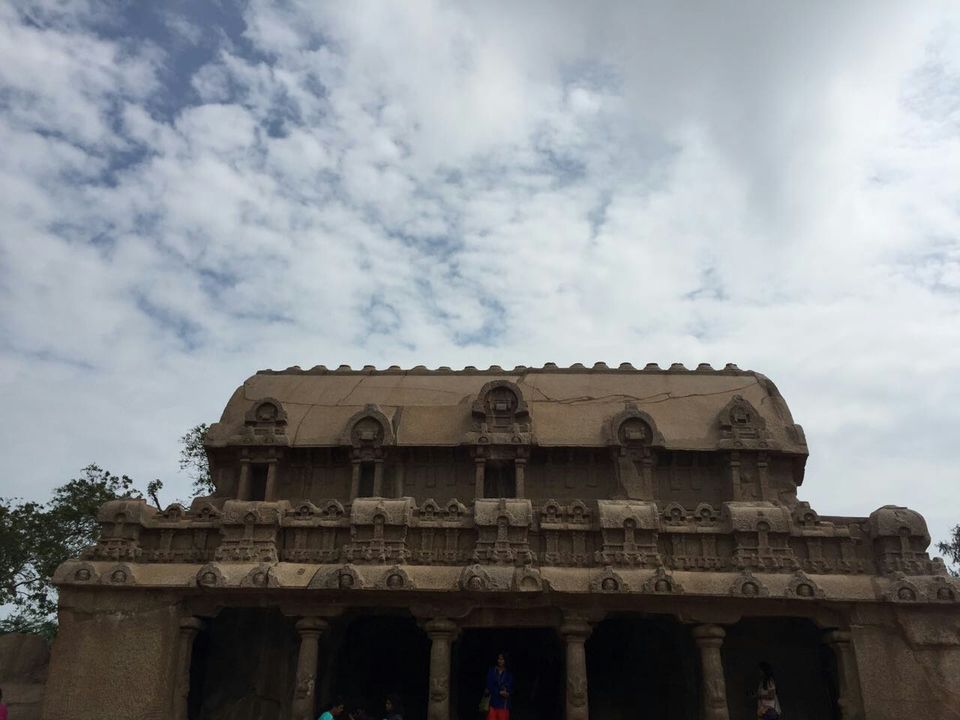 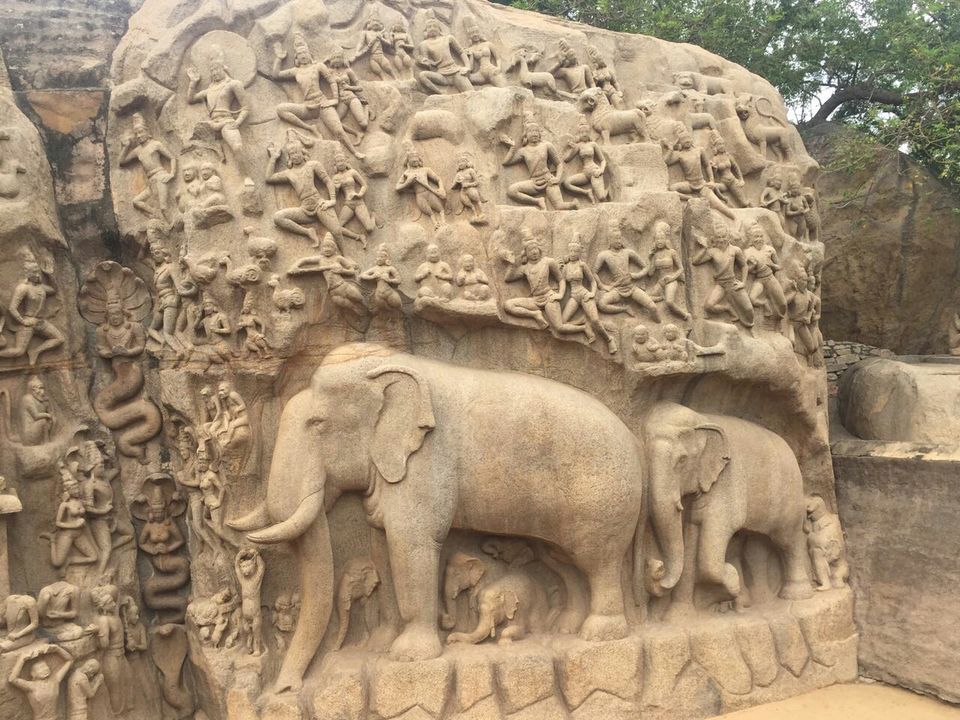