I planned my trip to Bhutan in the first week of December in 2013. Actually, either one should visit Bhutan in Nov / Dec or in April / May. I knew that I wont be able to cover the beautiful kingdom in one trip. So I consciously went in Dec to cover the more touristy places first. I hope I am able to plan a summer trip to Bhutan real soon! Fingers crossed!!

For people travelling in December, it is important to know that a lot of passes at higher altitudes are closed and inaccessible. For hiking enthusiasts, its not the best season. Also, Bumthang, one of the most sought after hiking destinations of the world is inaccessible. That does not mean that you need to be disappointed. There is a different charm and feel to the kingdom in the winters which is worth experiencing.

I took a Druk Air flight from Kolkata to Paro. It is advisable to book well in advance for your travel to Bhutan as Druk air is the only airline operating out of the kingdom.

Bhutan is extremely peaceful, clean and its people are content. I did not come across a face which was'nt smiling save some very few grumpy ones (offcourse). My guide mentioned to me that the citizens take turns to clean their localities and areas and all the buildings cannot exceed a specific height (coz of earthquakes) and have to painted in a specific colour combination .

Distance from Paro to Thimpu is approx 65 Kms and takes 2 hours. I stayed at Hotel Kisa in Thimpu. It is located on the Chang Lam and has a beautiful view of the national stadium. The monuments in Thimpu, as in the rest of Bhutan, are of typical Bhutanese architecture of monasteries, dzongs (forts), chortens, which have the most distinctive architectural forms.

From Thimpu, i headed to Punakha...Its about 75 Kms from Thimpu and takes about 2-3 hrs by road. Enroute Punakha is the Dochula view point at 3100 m. From the Dochula Pass one can see the Himalyan range.

In Punakha, one should visit the Chimi Lhakhang (Fertility Temple) which is Situated on a hillock in the centre of the valley. Built in 1499 by the cousin of Lama Drukpa Kunley in his honour after he subdued the demoness of the nearby Dochu La with his ‘magic thunderbolt of wisdom’. A wooden effigy of the lama’s thunderbolt is preserved in the lhakhang, and childless women go to the temple to receive a blessing or empowerment from the saint. It’s a pleasant 20 minute walk across fields from the road to the temple. It crosses an archery ground before making a short climb to the temple.

Also visit the Punakha Dzong which majestically stands on an island between the confluence of the Pho Chhu and Mo Chhu rivers, the city's dzong is one of the most photogenic of all Bhutan's ancient fortresses, and you will see pictures of it hanging in hotels and restaurants throughout the country. The dzong is joined to the mainland by an arched wooden bridge and contains many precious relics from the days when successive kings reined the kingdom from this valley.

You can also do river rafting here but its not something that i would suggest as a Must Do.

I stayed at Hotel Olathang in Paro. Its a beautiful property and very reasonable on the pocket...i strongly recommend this to anyone who is visiting Paro.

I saved the best for the last!

A trip to Bhutan in incomplete without a hike to the Taksang Monastery or more famously known as the Tiger's Nest.

For first time hikers, its a difficult one being quite steep. I consider myself reasonably fit and it took me almost 2.5 hrs hike one way to reach and another 2 hrs while descending. My guide, Jimmy who was a regular hiker and mountaineer and has done even the Snowman's trek of 30 days can do the hike (ascend and descend) in less than 1.5 hrs. For those who find it very difficult, you can take a horse from the parking lot to the monastery.

If the full hike sounds a bit tough you can hike for 1 hour to the cafetaria, a wooden tea-house restaurant which offers a good view of the monastery.

Tiger's Nest is the most famous of Bhutanese monasteries. It is said that Guru Rinpoche arrived here on the back of a tigress and meditated at this monastery hence it is called Tiger’s Nest. Precariously perched on the edge of 1,200 meter cliff, this monastery creates an impressive sight, and is the unofficial symbol of Bhutan. After visit to the monastery spend the evening at leisure in Paro town for some souvenir shopping and get a feel of local Paro town.

Capital to the tiny Himalayan kingdom of Bhutan, Thimphu is one of the smallest capitals in the world. For most part of its history, Bhutan has tried consciously to save its culture from the influences of the western world. It is not that modernity has not reached this region, but they are being introduced in a phased and balanced manner that is unheard of at any place in the world. 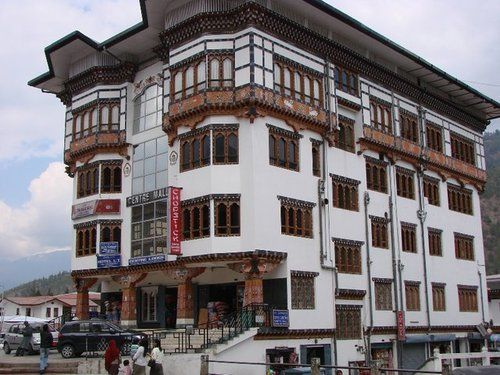 One cannot miss this beautiful town of Paro, which has the majestic Paro Zhong and has the only international airport in Bhutan. 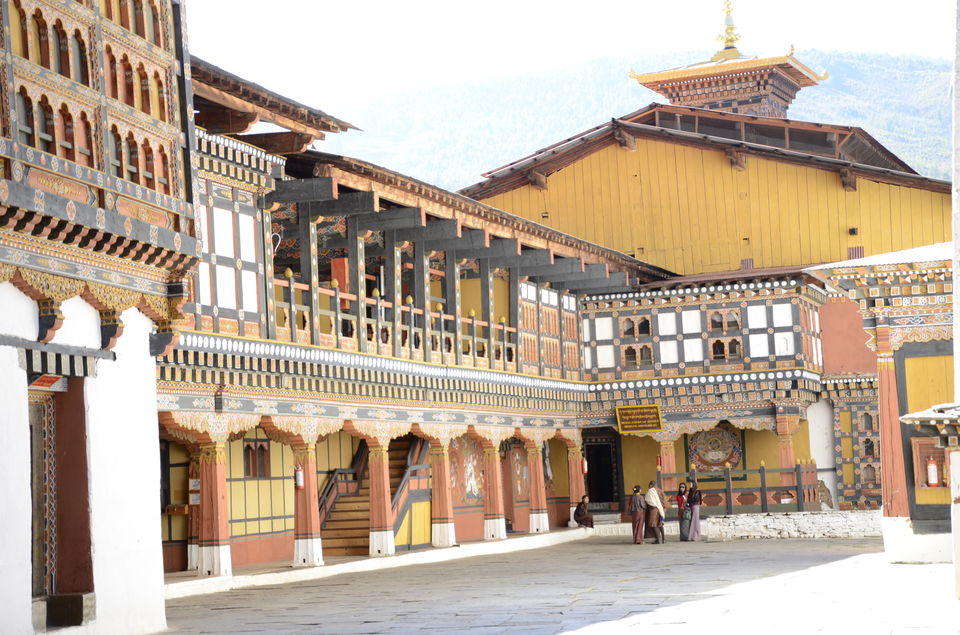 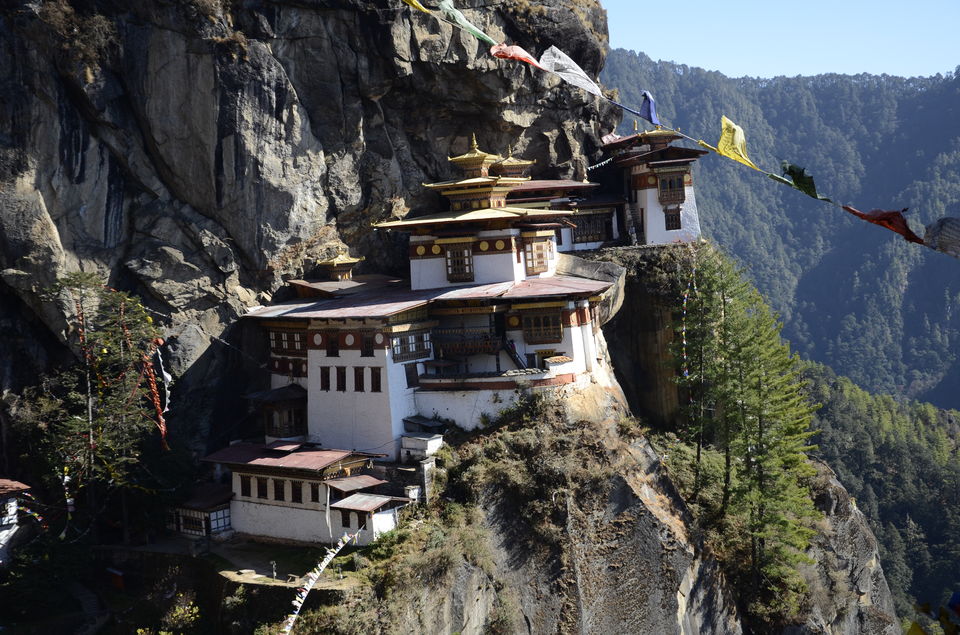 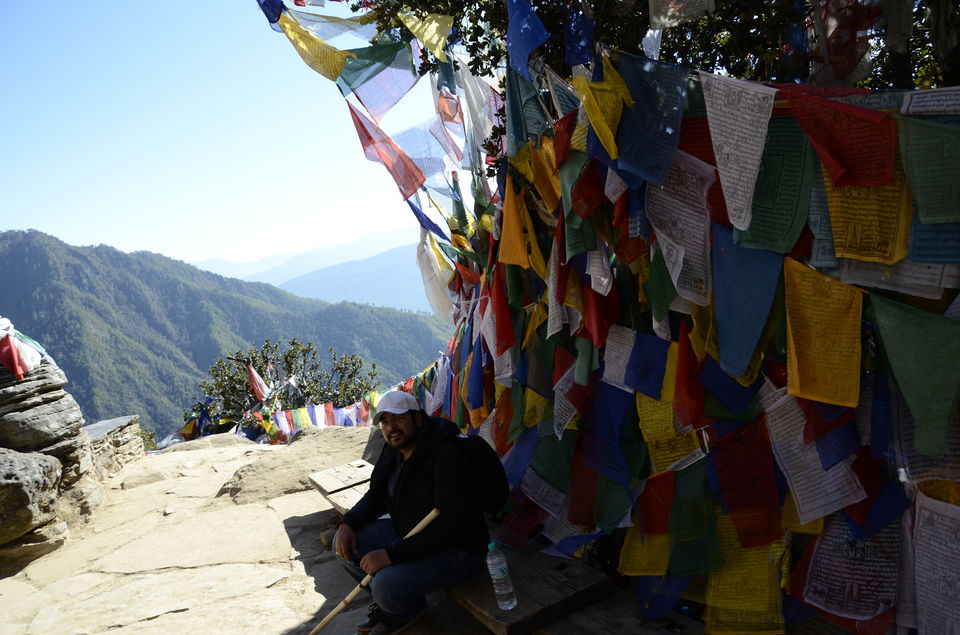 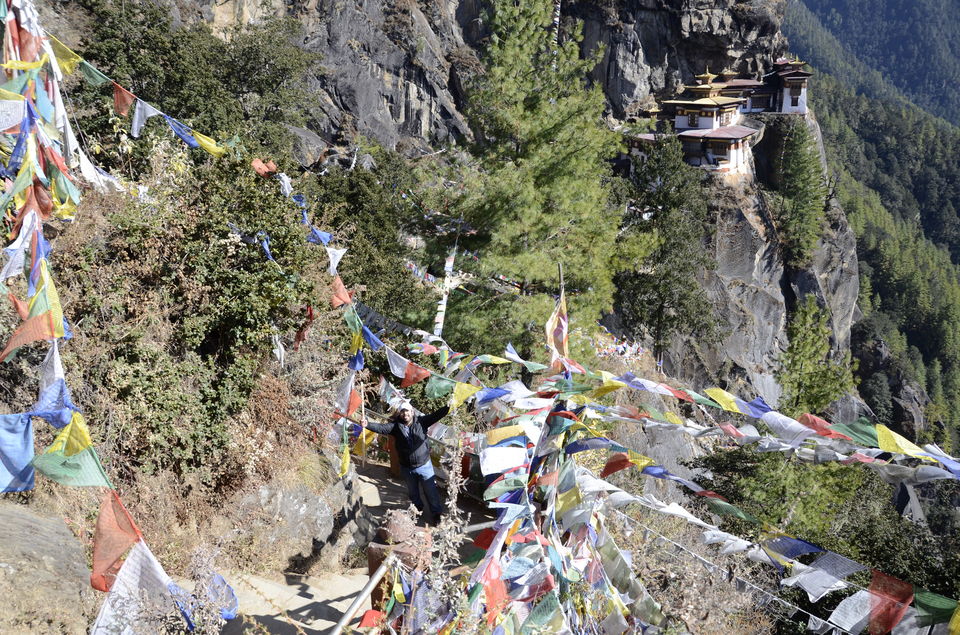