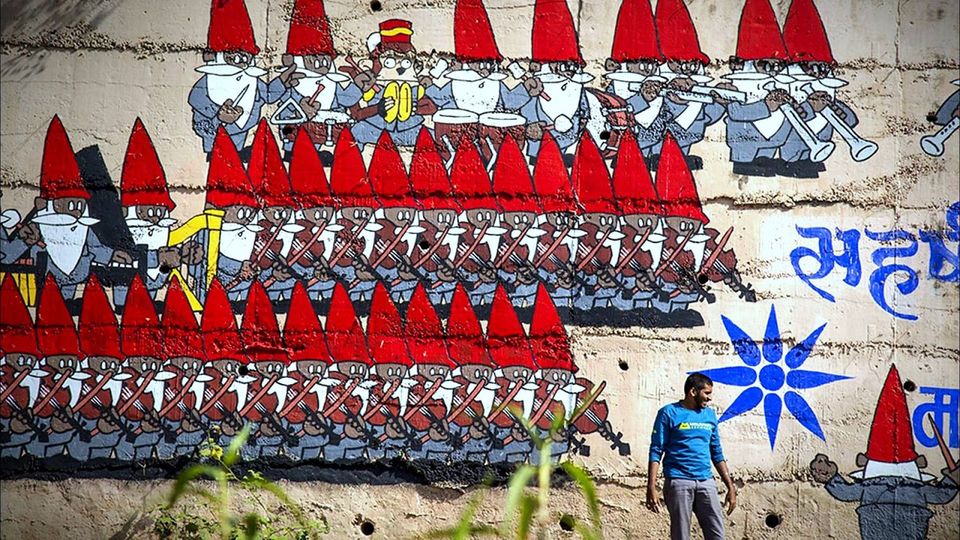 Street Art is a type of art that is made over unsanctioned or places of public interest, created by any individual or a bunch of artists normally in order to make a statement out of it or often express a sentiment or thought against a public related subject.

There are so many talented people out there and some cities allow street artists to express themselves. Street art is really great.

It's fantastic to see street art mushrooming and claiming its place in the urban spaces of Indian cities; Pune has also seen some stunning artworks over the past couple of years, thanks to some creative and inspired graffiti artists.

Harshvardhan Kadam studied visual design at the Design Center of IIT Bombay. Right after its inception street art has started appearing in the most unusual places across the city.

Street art is not just some random paintings on the old walls to make the place worth seeing or beautiful but it is way beyond it.

These gems or art piece on the walls have some deep hidden meaning into them and most of them carry a message for the public benefit, whether it is regarding the education of girl child or against the child labor.

There's something of a street-art fever sweeping through urban India these days. Many groups and individuals are involved, including some with high-minded social goals and others whose interests are more commercial.

Street art has not been new to an ancient country like India. For centuries, India has had a rich culture of wall paintings of religious and cultural motifs.

Even today, there are many indigenous tribes who draw on their house doorways. The best time to explore is early morning and late afternoon. You need not carry food or water as there is plenty throughout the walk.