Palaces... Forts.. Prince .. Princess..King.. Queen and many more Fantasy stories which we had listened in our childhood....So here comes the Fantasyland of all this -Rajasthan !!

There are many cities and places which are holding histories of Brave Rajputana Culture, I got the chance to visit Jaipur only for a day. I decided to explore as much as I could do within a day. I started my journey from New Delhi Railway Station and reached Jaipur in the early morning 5 '0 clock. I already booked a hotel which was very near by railway station of Jaipur,in the morning around 7 am I called a Cab and booked it for whole day . Then what else I needed other than my Camera and my natural notebook of Memory. In the main city mostly many of the buildings were pink. Wowww!! that's the feeling of Pink City and I had not been much away I reached Hawa Mahal.. So finally I was completely in Jaipuria Colour... I went straight to the most farthest fort -Nahargarh. On the way I experienced the zig zag road of Aravali hills and few peacocks which suddenly appeared just in front of my Cab for couple of times.

It was on the height of hill top from where you can see the aerial view of whole Jaipur City .While entering into the palace there was a way upto the entrance which could make you feel like now you have entered the fort... At the entrance you can see the Canons on the both side of the Gate and after entering you actually entered the world of Bhool Bhuliya(Labyrinth) .Doors and doors and many more doors were opened for the top of the Fort. An unimaginable beauty of Jaipur can be viewed thoroughly from there.

I wandered the whole fort till noon then found the Lunch at the Restaurant inside the fort. Now my next destination was Jaigarh Fort which was down the hill from Nahargarh Fort.

My craze to visit this fort was just because I wanted to see the Largest Cannon "Jaivana". Jaivana is the key feature of this Fort. You can easily get down to this place and if you have time constraints then go directly to watch this Gigantic Canon of the world.

Amber fort is the best Fort to visit in Jaipur. I has all the flavours of Rajasthani culture . The main highlights of this fort are Sheesh Mahal ,Diwan-e-Khas, Diwan-e-Aam. When I entered into the fort I got the colorful Rajasthani Turban to wear(on rent) for the photoshoot ,another amazing noticeable thing was the folk instrumental players at the entrance of the fort.I spent almost 2 hours inside the fort which seemed to be less even after all sight visiting.

Jal Mahal is the beautiful palace which is built in the mid of the Lake. It was worthy to got down from cab and took the pics over there.

It was at the heart of the Jaipur City . This is a must watch tourist attraction of Jaipur. Inside the Palace there was a museum of armour and art gallery of Bhagwat Gita.The key attraction places were Mubarak Mahal,Diwan-i-Khas,Diwan-i-Am,The Armoury,Pitam Niwas Chowk & Chandra Mahal. Don't forget to spot the Large Silver Pot inside the Palace.

Bapu Bazar is the best economic marketplace to get all the varieties of the Rajasthani stuff in most reasonable price. You can hang out there in evening and get some tie & dye printed fabrics,Bangles,Colourful bags,Puppets... I enjoyed my full evening while purchasing lots of thing for my family and friends .

Next day I planned trip for Ajmer and Pushkar. I took Volvo Bus from the Sindhi Camp Jaipur in the early morning and reached Ajmer in at most 3 hours .

The divine place of Ajmer is the place of Khawaja Gharib Nawaz -Ajmer Sharif Dargah. It was my destiny that I had visited such a spiritual place. After the Dargah visit I had a walk up to the nearby place so called known as "Adhai Din Ka Jhopda".It was almost a half day spent while exploring the market next to Dargah Sharif. I had a wonderful lunch over there and after that I moved to my next destination Pushkar.

I did the Camel Safari in Desert of Pushkar followed by the visit to the Lord Bramha Temple(It is believed to be only temple of Lord Brahma).The main tourist attraction over there was Pushkar Kund.

Finally I got the Bus from Ajmer and came back to Delhi.. One thing I realized that "Dont go for a trip or journey just simply Live it!!" I was in Love with the places I visited in Rajasthan in just two days and many more places yet to be explored so my Journey trip to Rajasthan is not ended yet it is simply 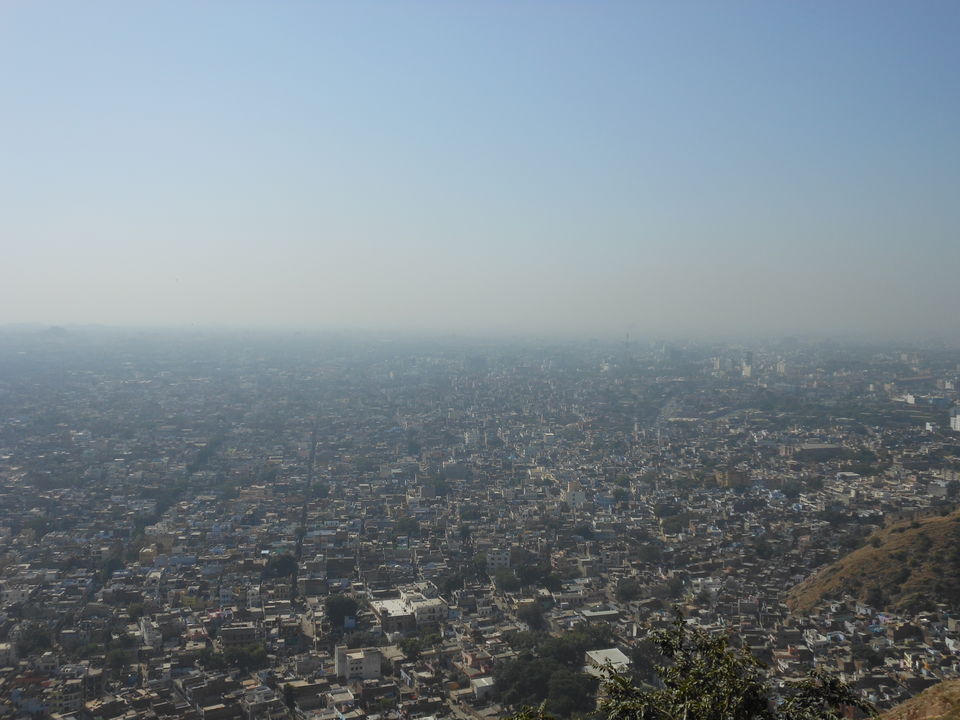