Half a day in Ajmer - Four must visit places 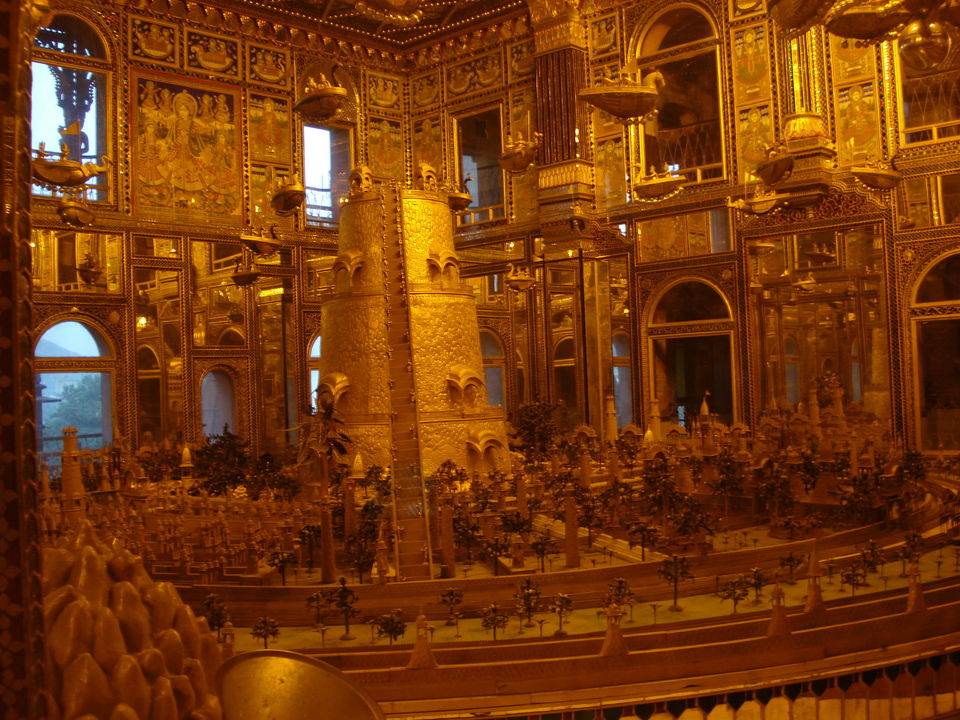 Despite having an extremely rich history, Ajmer, today have been known more for its spiritual value. The Dargah of Khwaja Moinuddin Chishti has become the biggest attraction for tourists to this city. Even before the erection of the famous tomb of Moinuddin Chisti, Ajmer had been the centre of power. Ajaymeru, As the city was called by its founding rulers - was the capital of the Rajput Chahamana (who are now known as Chauhan)  kingdom. When Mahmud of Ghor - the first Muslim ruler to establish in India, attacked this country, He had to battle with Prithviraj - the Chahamana Ruler from Ajmer. Ajmer had always remained a very important settlement - from the Rajputs to Delhi Sultanate, to Mughals and also the British. It is a pilgrim city for all religions - Hindus, Muslims & Jains.

I came back to Ajmer at around 2:00 pm. I already had my lunch at Pushkar so I could start exploring the city right away. I had a map of the city and following that, I started walking along the Jaipur Road - where the bus terminated. After a while, keeping the Patel stadium on my right, I reached the Daulat Bagh Garden - on the banks of Ana Sagar  Lake. Daulat Bagh- built by Emperor Jahangir from where he enjoyed the marvellous view of the Ana Sagar Lake.

Ana Sagar, named after the Chahamana King Arnoraja aka Ana - the grandfather of Prithviraj Chauhan - is the largest lake in Ajmer and surely is the most beautiful place. The huge lake seen with the Aravalli in the backdrop looks fascinating. The beauty of the lake so pleased the Mughal emperors that they came back here generation after generation. The Baradari or the Pavilions in the Daulat Bagh were built by Emperor Shahjehan in 1637, five centuries after the construction of the lake and almost half a century after Daulat Bagh was created. The Baradari or the columnated pavilions reminded me of Red Fort - also built by Shahjahan. The intricately designed marble structures look absolutely stunning and a lake can be best enjoyed from here.

After spending some time and taking a few snaps, I headed towards the Most sought after place for the Digambar Jains - The Soniji ki Nasiya or the Nasiya Digambar Temple. The marvellous temple was constructed in the years 1865 by Moolchand and Nemichand Soni. The temple is extremely important because it is dedicated to the first of twenty-four Tirthankaras of Jainism - Adinath or Rishavnath. Built with mostly red sandstone and marble, the temple is an excellent example of Jain Architecture - well known for its intricate detailing and floral designs. The biggest attraction was still hidden to me. I heard about the golden city model so enquired a security guard who directed me towards the upper floor. The narrow staircase leads me to the most astonishing thing I have ever seen - the gold model of the city of Ayodhya. Ayodha was the city, as per Jain mythology, where Adinath was born. The model is huge, full of details and amazingly crafted - I was totally mesmerised with the awesomeness of it.

My next destination was the Adhai Din Ka Jhopra - the oldest surviving monument of Ajmer and probably the first mosque of India. I started walking towards it. Adhai-din-ka-Jhopra is situated at a higher level from rest of the city. The road passing the Dargah Sharif eventually leads to the mosque. It is not more than 15 minutes walk from the Dargah and when the mosque slowly emerges as you climb high it looks superb. The walls of the Taragarh Fort are still existing at a higher level of the same hill.

Under the order of Mahmud of Ghor, his lieutenant Qutub-ud-din Aibak converted the remains of an old Sanskrit college and the materials used were gathered from nearby Hindu & Jain Temples. Many legends suggest that the mosque was constructed in only two and half days - giving it the name - Adhai (two and a half) - Din (Days) - ka Jhopra (Shed). When I reached the place, I saw a magnificent wall built in simple early Islamic Architecture. Seven pointed-arches with the large central one and three smaller ones on either side make it a marvellous building. To my surprise, the entire internal space was built in Hindu Architecture. In many cases, the figure sculpted on the columns are clearly visible only with the faces rubbed. This somehow justifies the theory of construction in two and half days however many historians deny that. As per the board set up by Archaeological Survey of India, the name is a late addition and the mosque was initially known only as 'Masjid'. It was however very hastily converted into a mosque so that Mahmud Ghori may offer his prayer but that was not within two and a half days for sure. The huge screen wall definitely took more time than that. It was also modified and improved by Iltutmish in the later stage but with the Sultans more focused in Delhi, Adhai-Din-ka-Jhopra lost importance. Another theory suggests that, during the Maratha period, when the Mughal Empire was seeking its end, the followers of a Sufi Saint, Panjab Shah used to gather in this place for an annual fair which lasted for two and a half days. This was probably the reason behind the name.

I was almost done for the day as the sun was also about to set. I wanted to be at the Dargah Sharif during the sunset. The qawwali ritual takes place at that time. It's a heavily crowded road with series of shops on both sided. Almost all shops sell the offerings for the tomb. It is the most visited place for the believers of the Sufi Saint and that list does not feature only Muslims - but people from all religions. I had nothing to offer so I bypassed the traffic as early as possible and entered the Dargah. The shrine or the tomb is a simple structure with a tomb at the roof. Architecturally the place has no importance but entering the place, you are sure to feel the spiritual atmosphere. There are several buildings with similar structure but the thing that attracted me most is the huge cooking bowl or Deg. It's not less than 3 meters high (as high as a single storied building) and people offer rice or money inside it. Later in the day, the notes and coins are removed and the rice is cooked with sugar, ghee & dried fruits to prepare Ttabarruk. This food is offered to the poor for free. There are basically two Degs - the Large one donated by Emperor Akbar and the smaller one by Nooruddin Jehangir.

During the Urs, celebrated between 1st day & 6th day of Rajab Month as per Hijri Calendar, a huge crowd is gathered there and for six days, night long qawwali & prayers are offered.

I departed the place in the evening and headed for someplace to have dinner. I was in a mood of having Mughlai - this may happen to you as well after visiting the shrine - so went straight to the bus stop. I have seen the 'Karim's' signboard in the morning before leaving for Pushkar. I hired a rickshaw - so far I have been only walking - who took me there. The first thing I did was to know the timings for overnight buses for Jodhpur and found a vacant corner in the Karim's. It's time to satisfy my belly.