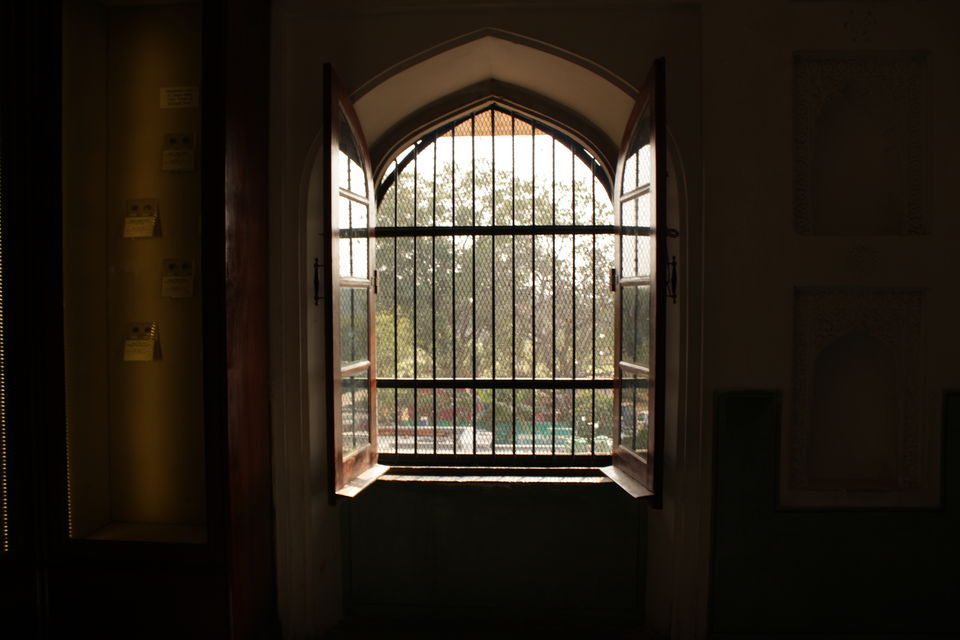 The unsaid charm about the trains! 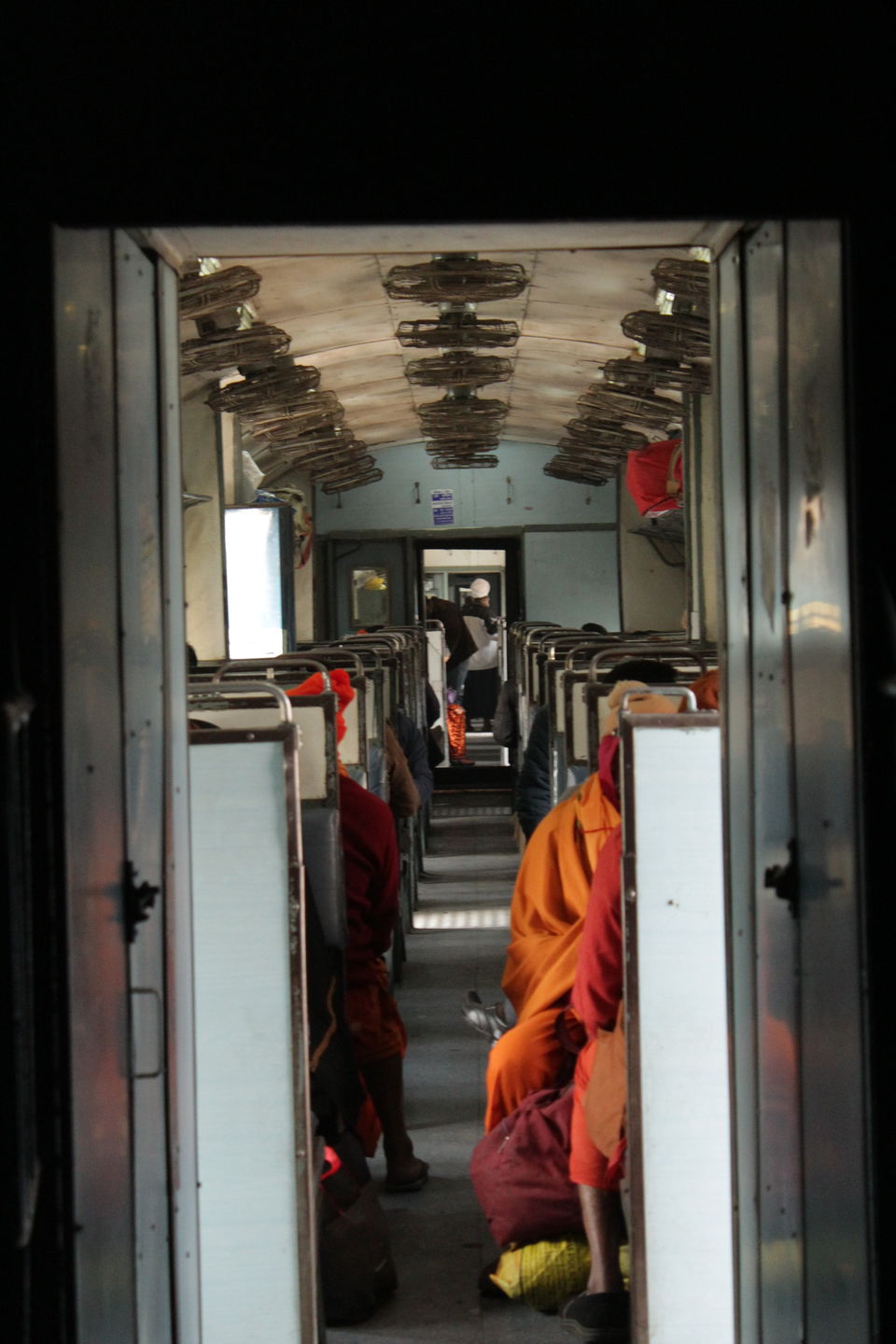 Museums from the inside! 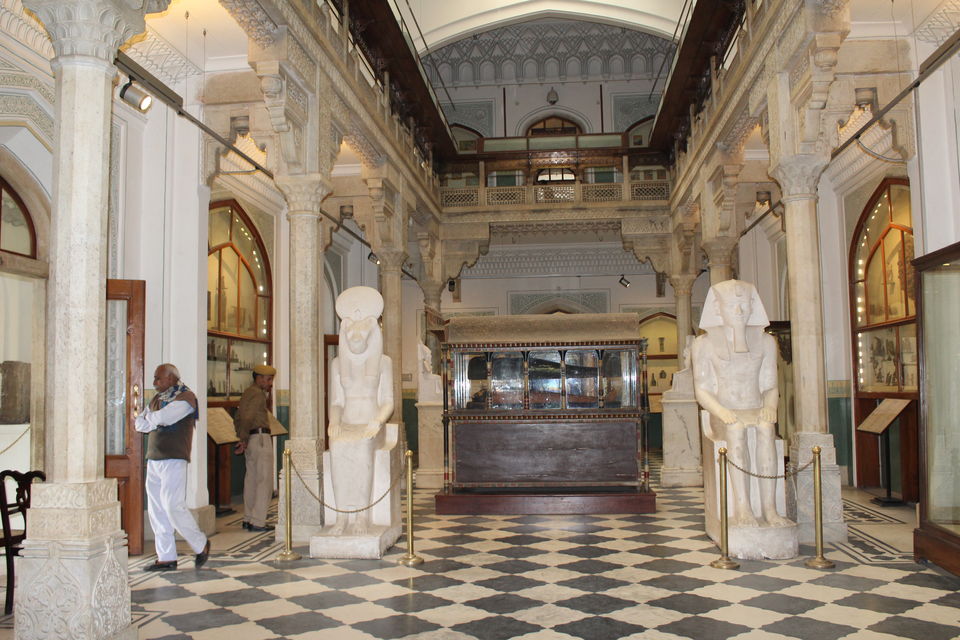 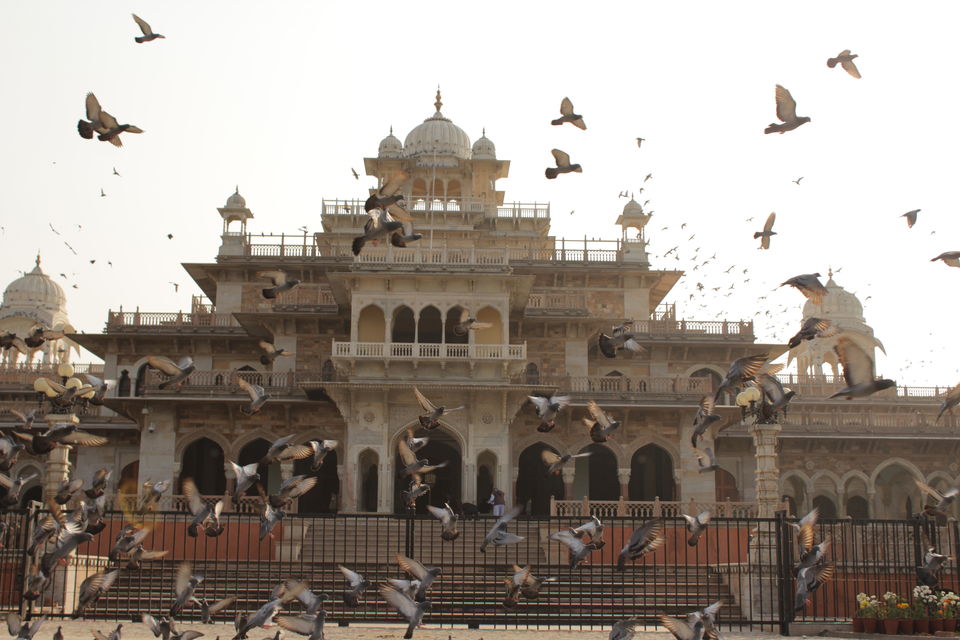 The gaint Forts that adorn the city! 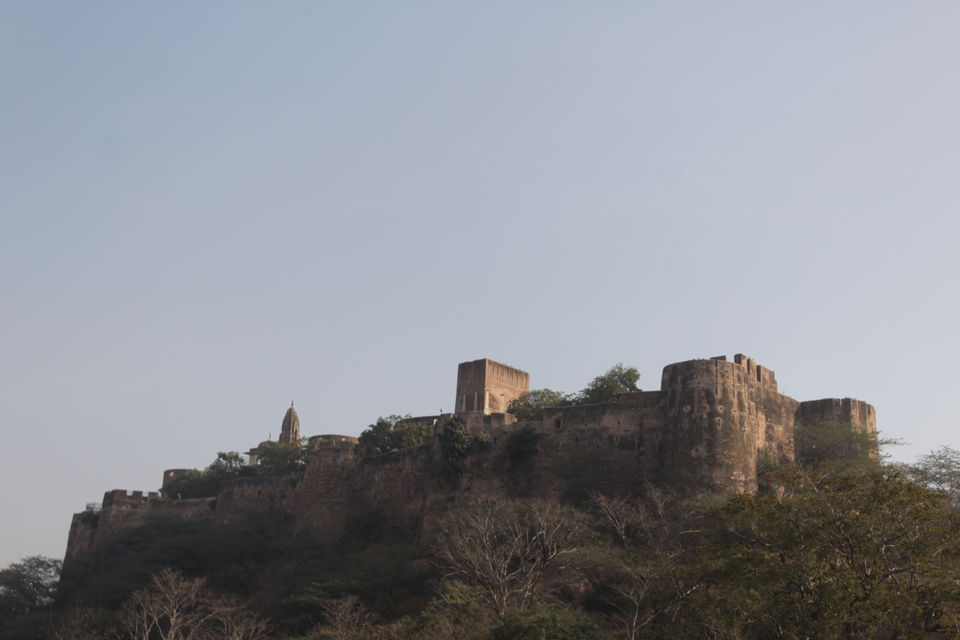 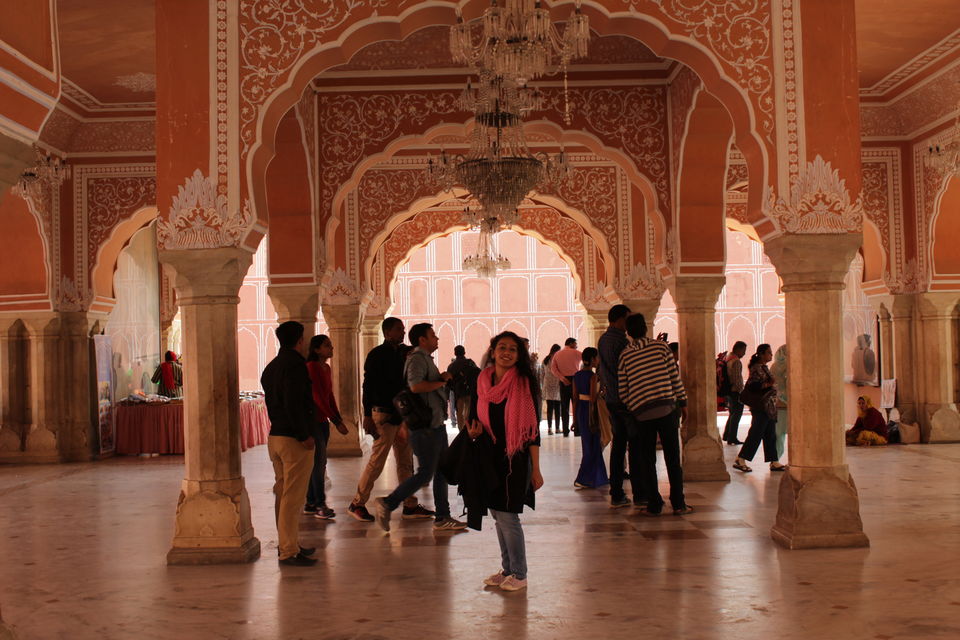 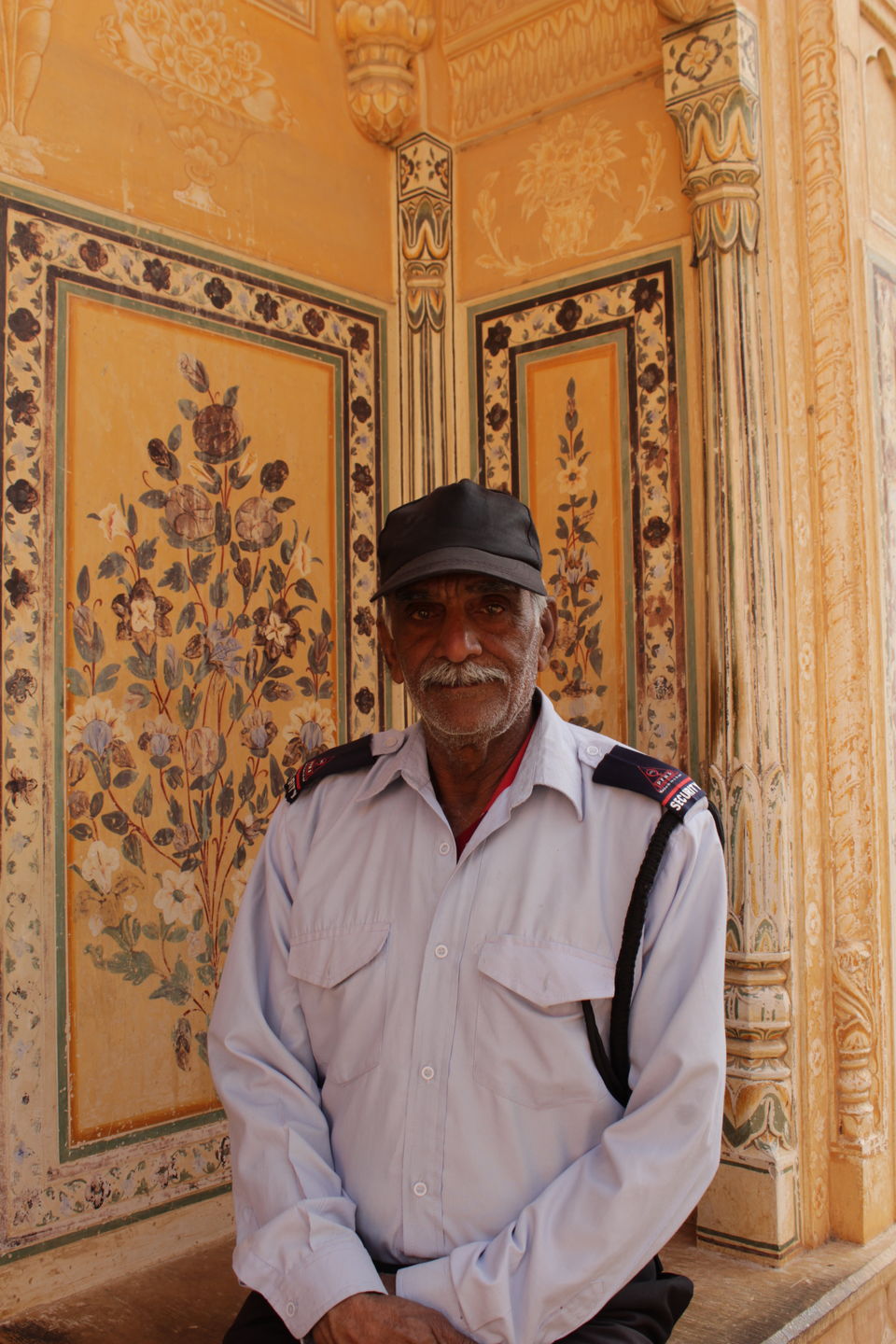 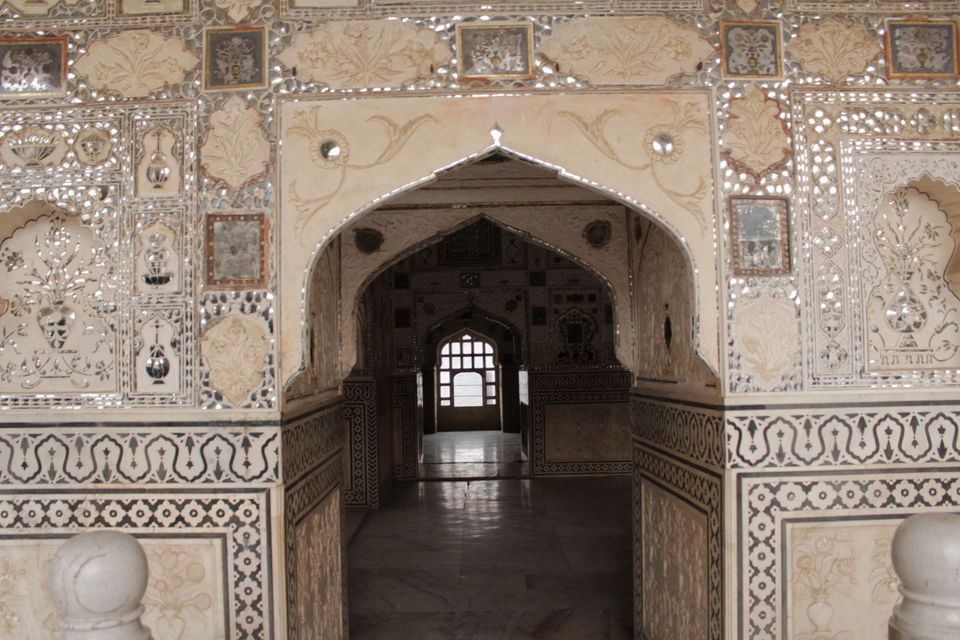 A tribute to the Soldiers 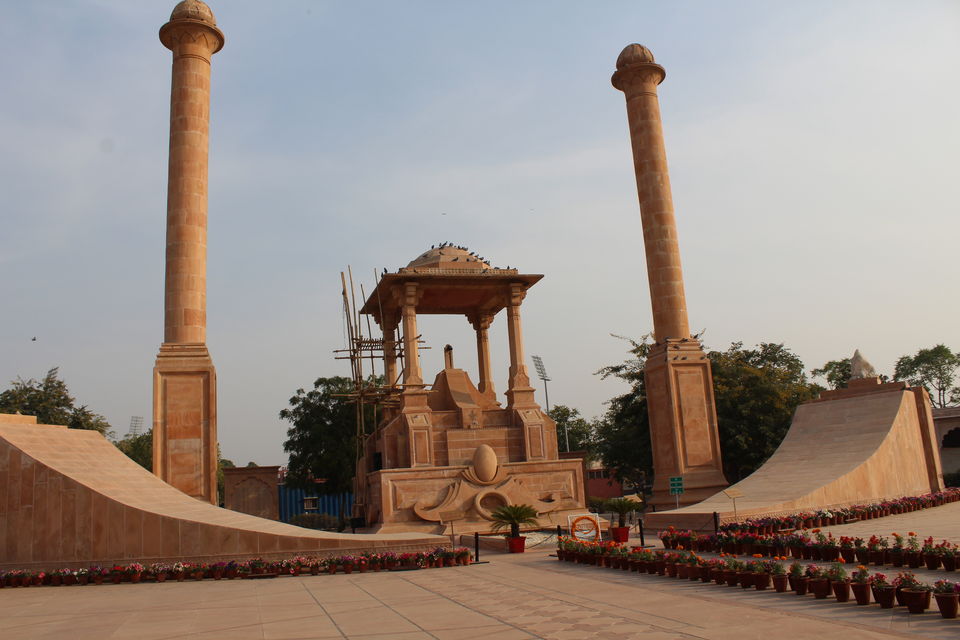 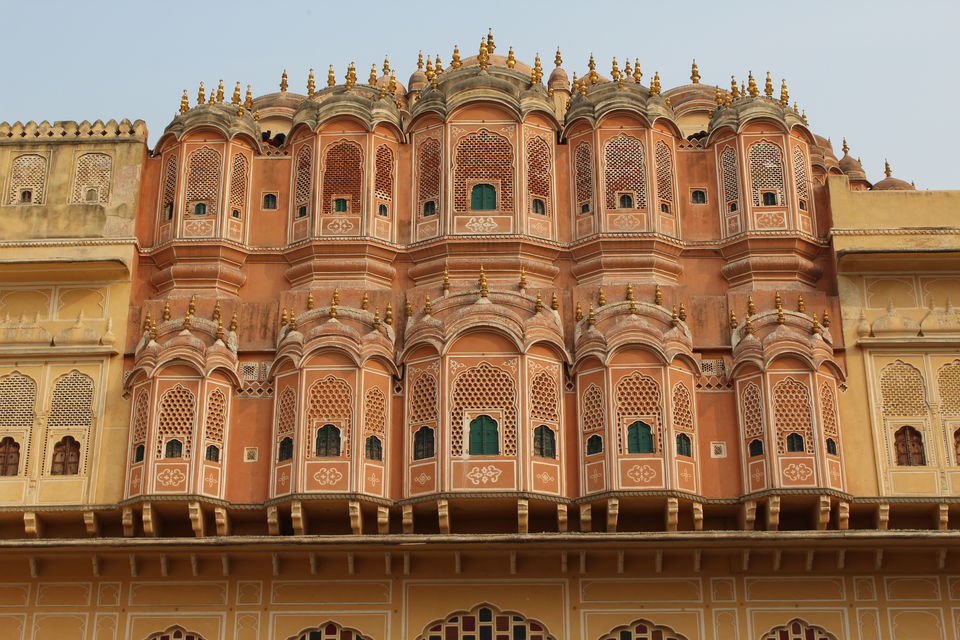 A view from Top of the Hawa Mahal 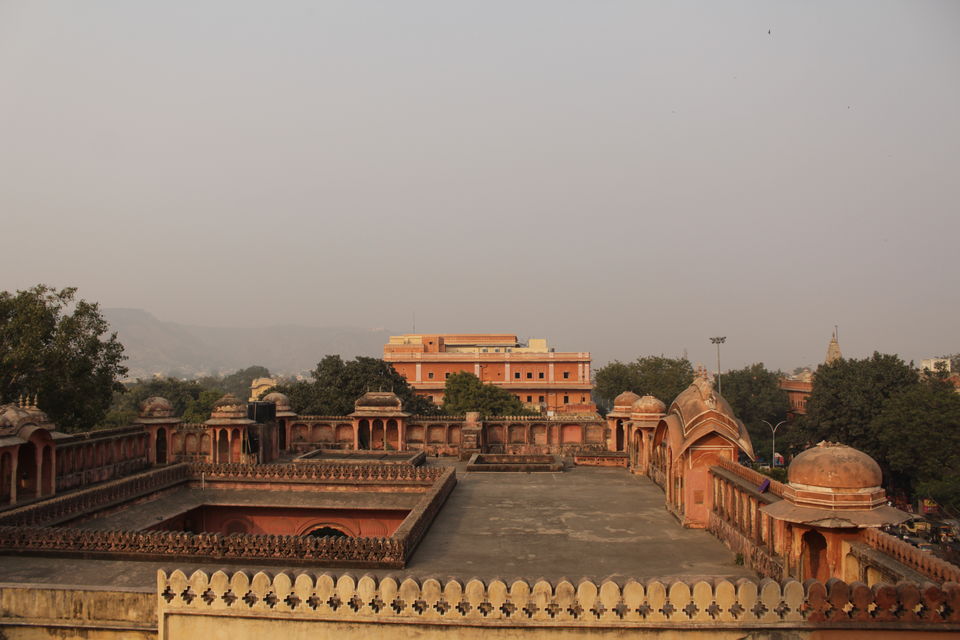 My trip to Jaipur was an immediate one. One afternoon my exams got over and the next I was standing on the Ambala Railway Station waiting to board my train to Jaipur. Jaipur surprises you in many ways. It isn't a jostling city (unlike my title). You enter the city and try to figure out the pink part of the city! However, we figured out the walls and the interior city is 'gerua'. Anyway, a great part of the Rajasthan State Government is that it spends a lot on tourism: which automatically implies great roads, great hotels, impeccable street art and awesome connectivity. In case you are new to Rajasthan, let me specify; you won't find a desert (you'll have to extend your trip to Jaisalmer for that) but you can very well experience the water shortage here.

Hawa Mahal or The Palace of Winds: This place has become the hallmark of Jaipur. Located in the walled city it seems to be a wall of windows. The Pardah System was prevalent in the Rajputs. Therefore,  the royal princesses could be a part of day-to-day processions by having a view from the 'Jharokhars' or the windows and also maintain their sense of privacy. I would recommend all the people to go and have a view from the top of Hawa Mahal. The entire Jaipur city, Jantar Mantar and the majestic Amer Fort can be seen. The enchanting view cannot be captured by a few megapixels of your camera but the feeling can truly be embossed in your hearts for the next years to come.

Amer Fort : This is the second largest fort in terms of size in India. The architecture of the fort is a fine blend of Mughal and Rajput styles. Hire a guide for the proper history of the fort. Do not miss the Sound and Light show. The English one takes place at 7:30 and the Hindi one an hour later. The Hindi one is in the voice of the great Mr. Amitabh Bachchan so you might wish to go for the later show.

Jaigarh: This fort was built by Maharaja Jai Singh II and is still very well preserved. The star attraction of this fort is the 'Jai Ban' cannon, which is the world's biggest cannon on wheels. The barrel of the cannon is twenty feet long and the wheels have a diameter of nine feet. A minimum of 100kg of gunpowder is required for a single shot.

Nahargarh Fort: This majestic fort is perched on top of a hill, affording a commanding view of the sprawling city below.

City Palace: This lies in the heart of the walled city occupying one seventh of the entire area. The spectacular Chandra Mahal occupies the centre stage, where the erstwhile ruling family still resides. Parts of the palace have been converted into museums giving you a dose of royalty.

Jantar Mantar: An open air observatory built by the astronomer King Sawai Jai Singh II. It is one of the five open air observatories (others being Delhi, Ujjain, Varanasi and Mathura). Again, my advice is hire a guide otherwise these astronomical structures would seem like mere  stone monuments.

Government Central Museum (Albert Hall): Inaugurated in 1863 by Prince Albert, this radiant building is an example of Indo- Sarancenic architecture. It serves a s the State Museum of Rajasthan, therefore houses various archeological and handicraft items.

Jal Mahal: Built by Sawai Pratap Singh this resort served as a summer palace for the erstwhile royal family. As the name suggests this is a 'Water Palace'. Now, during winters it attracts various migratory birds.

Birla Temple or the Lakshmi Narayan Temple: This elegant piece of white architecture lies just below Moti Doongri. The carvings of this temple are praiseworthy.

Other places you can visit include:

Jawahar Kala Kendra: It is located on the very famous J.L.N. Marg. A fair or exhibition is on during the major part of the year. A very quaint Indian Coffee House is Located inside the Kendra.

Moti Doongri : This is the private residence of the fourth son of Maharaja Man Singh. The temple opens once a year for public darshan.

Dolls Museum: A wide array of dolls from around the world.

Jawahar Circle: This is a newly constructed garden new the airport, which has off late become a popular picnic spot among the localites. A majestic enrance is being constructed for this Pak thanks to the Rajasthan Government.

3. Try Tapri : The Tea House for the ambience, different types of exotic chais (Well, anything you order out of their menu is lip-smacking: Must haves: Corn Phuchkas, Nutella Pancakes). The new in thing in Jaipur.

Jaipur is a shopper's paradise. You can buy the colorful pagdris, blingy umbrellas, Jaipuri Razais, Tie and dye sarees, Lehriya kurtis with 'gota- patti' work and the Jaipuri overcoats. You get the best quality of red chillies in Jaipur. Do look out for the wonderful variants of achaar in this Gerua City.