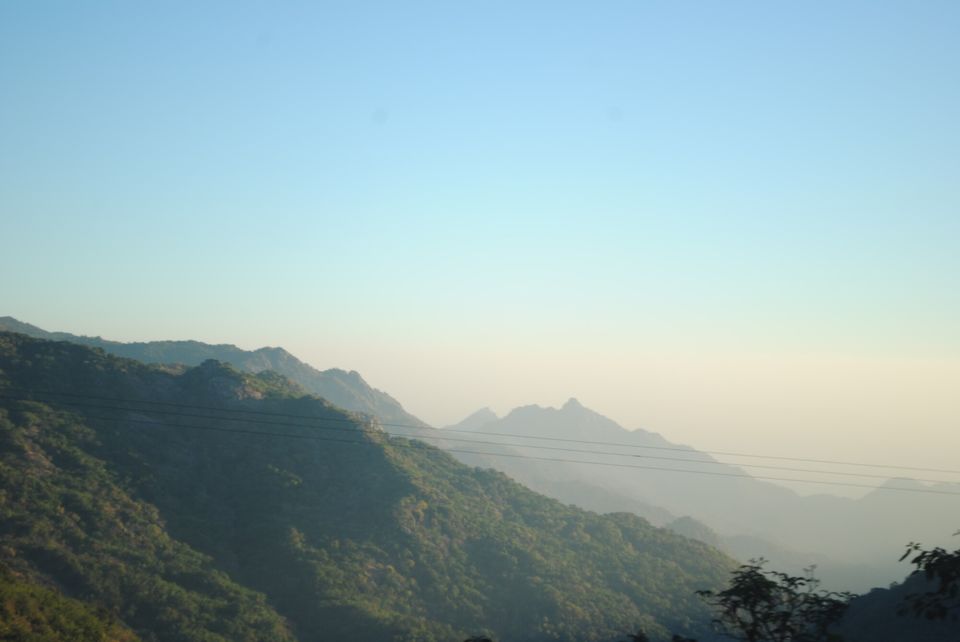 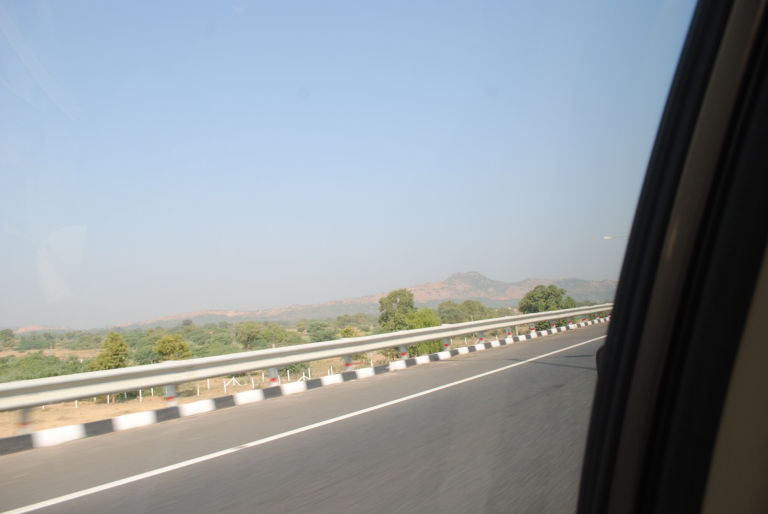 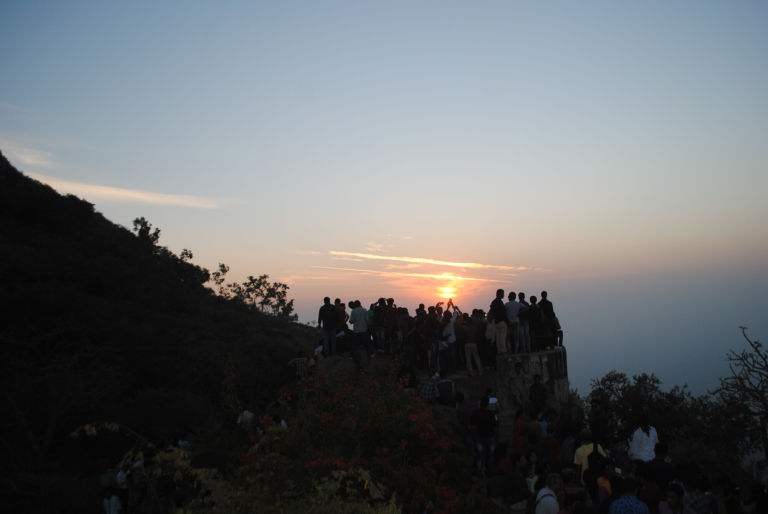 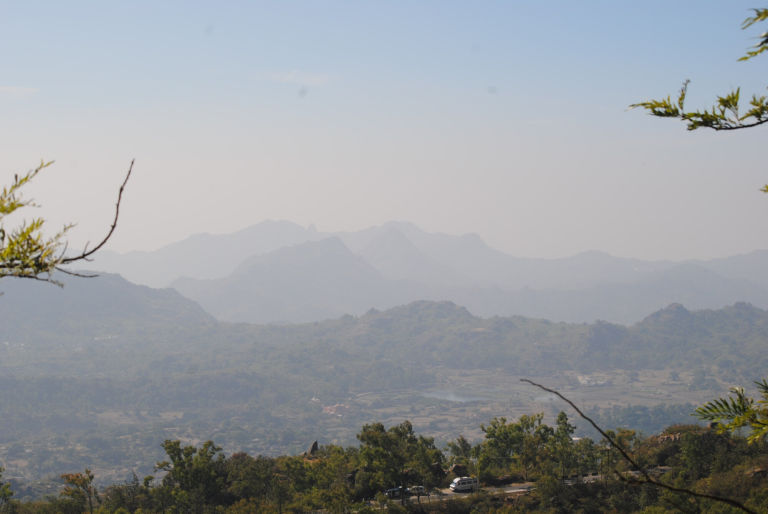 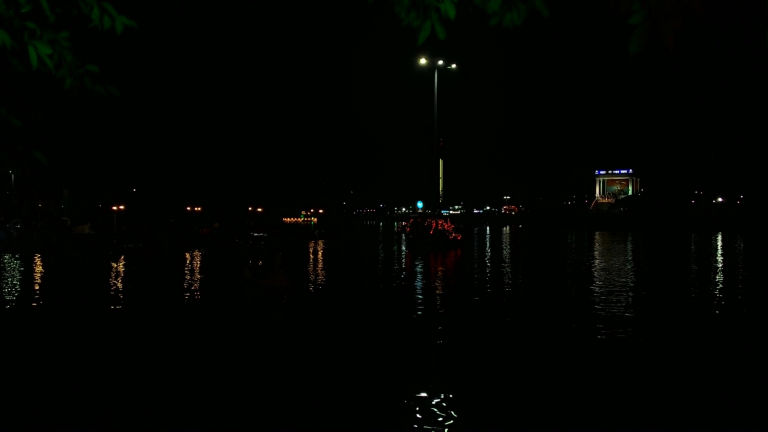 Rajasthan !
What comes to your mind when you hear about the largest state in India? The Thar desert? Or maybe the forts of the Rajputana warriors?
Well, recently I got a chance to experience a slightly different view of this massive state. I am taking about the Aravali hills . The  only hill station in Rajasthan Mount Abu

Mount Abu is around 760 kilometers away from Navi Mumbai . We also  planned to go to the shrines of Bechraji and Ambaji too. So we planned an overnight stop in Mehsana.

We Started from Mumbai at 7 am. Surprisingly we reached Vadodara just before 12:30 . Covering  around 450 km in 6 hours on the beautiful NH8 .  After stopping for a quick lunch we moved onwards towards Ahmedabad on the NE1. The NE1 is an excellent piece of tarmac . The roads are almost straight for around 100 km.

Weaving in and out of the heavy Traffic of Ahmedabad and the SH48 we reached Mehsana at 7pm .Covering about 170kms in 5hrs. It was in heavy contrast to the fact that it took us only 6 hours to drive 450 km in the morning .

But the journey of the day wasn’t over yet we drove further to Bechraji. A small town 40 km west of Mehsana . Bahucharaji temple is one of the Shakti Piths where Daksha’s daughter Sati’s hands had fallen. After a quick darshan, we hopped off to Mehsana where we had planned to spend the night .

The next day we drove to Ambaji situated on the Gujarat -Rajasthan border . Took us 3 hours to drive there. The shrine of Amba is regarded as a revered shrine by the Shakta Shaktism sect of Hinduism. It is believed that the Heart of Sati Devi has fallen here.  The Temple regularly visited by many pilgrims and there was a lot of rush .

On the way from Ambaji to Mount Abu , on the Gujarat-Rajasthan border policemen were stopping the cars which had caused the traffic to move at a snail’s pace . Till date, i don't know what the policemen were trying to do . When it came to our car they didn’t even stop us.

The drive up the hill from Abu road is absolutely stunning . Although it wasn’t as quick as our usual drives due to the vacation time rush , but it was beautiful. The sun setting over the Aravali hills as we drove uphill was priceless.

We quickly checked into our hotel ‘Dev residency’ just behind the main bus stop , parked our car and went out to see the town of Abu . Well, what is better to explore a small town nestled amongst the Aravali range on foot ?

We started walking around the town and then felt that it was a good decision as all the roads of the town were clogged with  traffic.
Well, that’s the downside of visiting a famous hill station in vacations.
We went off to the sunset point, although the sun had already set but there was some light still around.

The next day we decided to hire a local tourist vehicle to visit the different places in and around mount Abu,  just to get away with the fuss of finding parking at various places.

The first on our list was Guru Shikar. Guru shikar is the highest peak of Rajasthan , some 5000 feet above the sea level. The drive up the hill was along a narrow winding road which was anything but smooth . Well the views were breathtaking ,but the traffic was tedious . We slowly but steadily climbed up the hill and the had to walk up 500 steps to the Dattatreya temple. But the reward of climbing was sweet , I was awestruck by those clear skies, the sun shining over the weathered Aravali.

We then visited the famous Dilwara temples which are located just outside the main town of Mount Abu. These Jain temples were built by Vastupal-Tejpal, a Jain laymen between the 11th and 13th centuries AD and are world famous for their stunning use of marble. We visited some  other touristy and then out tour concluded at Nakki lake at around 5:30.

Honestly, Mount Abu wasn’t my cup of tea. Maybe the timing was wrong but it felt too touristy and I am not a tourist , I rather like to see myself as a traveler. Most of my destinations are places which are unheard of. But Mount Abu was full of people which was sort of unnerving for me. We went for boating in the lake and then returned back to our hotel and loaded our car for a quick departure in the morning.

The next day was a long long drive back to Mumbai and sadly the traffic wasn’t on our side yet we had a pretty good time till Vapi but then the traffic went on increasing until it came to a standstill just before Gorbhandar. According to Google maps the jam was for about 9 kilometers and honestly after driving for close to 11 hours we didn’t have the patience to sit there for 9 kilometers ,so we took a U-turn and started driving . After a careful route planning on our navigator we found out a way to bhiwandi and then we came back home and the total driving time was close to 17 hours.

In my opinion , Mount Abu is a beautiful place . It would have been perfect if there were fewer people vacationing there. Maybe I would visit the ‘oasis in the desert ‘ again in the off-season.

This trip was originally published on WORLD THROUGH WINDSHIELD