I am not a writer and this is my first travel blog. so please "thoda bhavnao ko smjhna" if I won't be expressing it through my words.
I am an architecture student and we have many architectural competitions in which we have to represent our college. so me and my few friends formed a group regarding the same and we went to assam for a site study. there were seven of us who got ready to go to assam in the month of July. Floods were at the peak that time. There is a village named Erasuti at the opposite banks of brahmaputra river. so we took a hotel in Tinsukia district. It was a three day stay. First day we just collected information about the village and then headed back to the hotel. That day was as same as our normal day of tour. We had dinner and then some drinks and watched world cup match between India and Sri Lanka and went to bed. On second day we had to go to the village. We took a government boat to cross the river.
I am a person who easily gets fascinated by clouds and trees. and Assam is full of it. The clouds appeared as if someone has photoshopped it. When we stepped on the land of the village, we were shocked. It was a beautiful village and it really hurts that it is neglected by our government. You remember those type of villages that are built with bamboo and with tons of greenery. Yeah, it still exists. Not just the beauty, this has a wildlife sanctuary behind it. That sanctuary is one of the world's 12 biological hotspots. But the government doesn't allow you to easily go into the forest. And the fact that this village is going to vanish in 10 years due to the brahmaputra floods hits hard. When we were roaming around, we saw some leaves drying. We assumed it to be weed😂 but then we found out that it was bhang.💔
Okay, the village's appreciation is over.
Then comes the third day, we had this day completely free. Five of us went to explore assam. We saw some places near tinsukia so we hired a car. Then after lots of discussions with the driver, we decided to go to Roing, Arunachal Pradesh, around 120 kms from there. We had to cross the Asia's largest bridge that is connecting Assam and Arunachal. It took us around 2hrs to reach Roing.
When we reached Roing, the first thing we did was buying beers. We didn't know that alcohol was so cheap there. We bought some beers and then went to roing. This place is HEAVEN.
We parked the car on the bridge. Both sides of the bridge was just mountains and river flowing through it. Then we went down and the slope was steep. The river was full of big stones between it. We sat on one of it. I can't express what I was feeling in between those mountains, holding a can of beer, smoking, and feeling little but soft droplets of rain. Everyone, not just me, we all were just watching the fog going down the hills. Just sitting there and watching the nature's show, we passed three hours. We had to go back to assam because the next day we had our train. I am not saying that place is the best but yes, it was perfect for me. I love travelling and have travelled many places in India but those three hours, those were love. I have visited hilly areas, but something was special about that place, I can't forget about that place, about that rain and everything ❤ 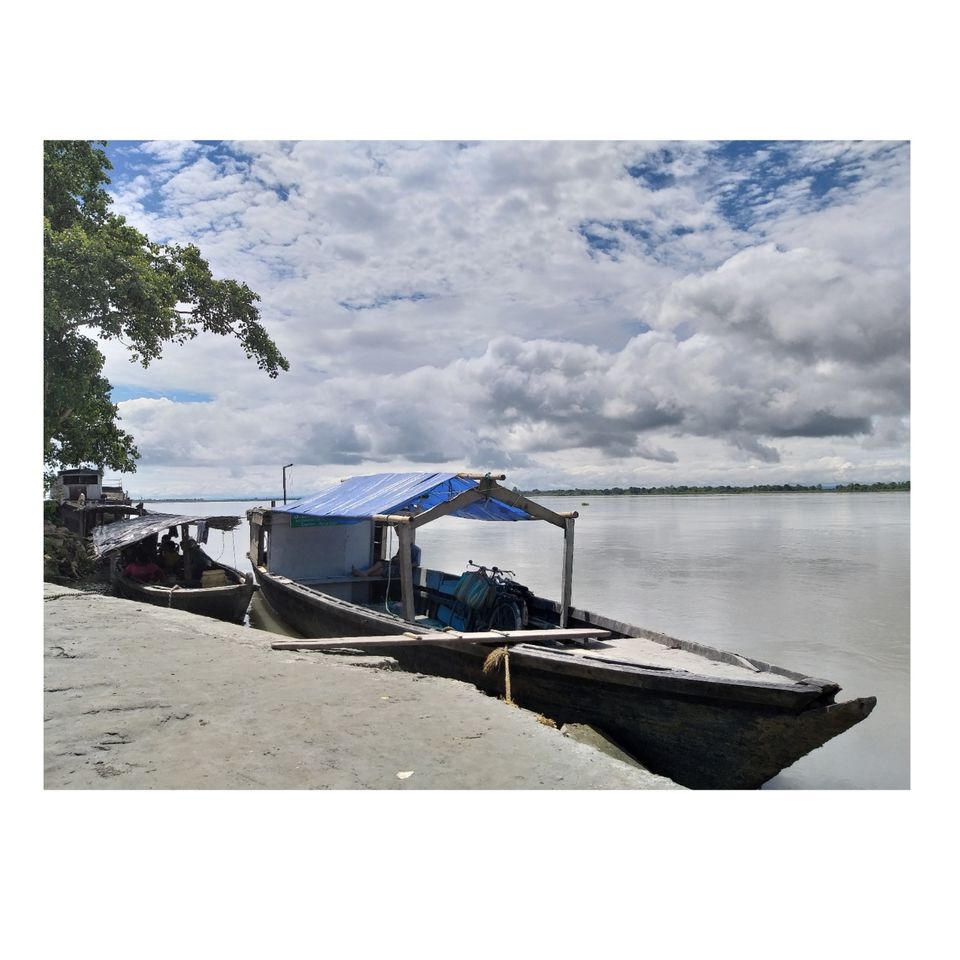 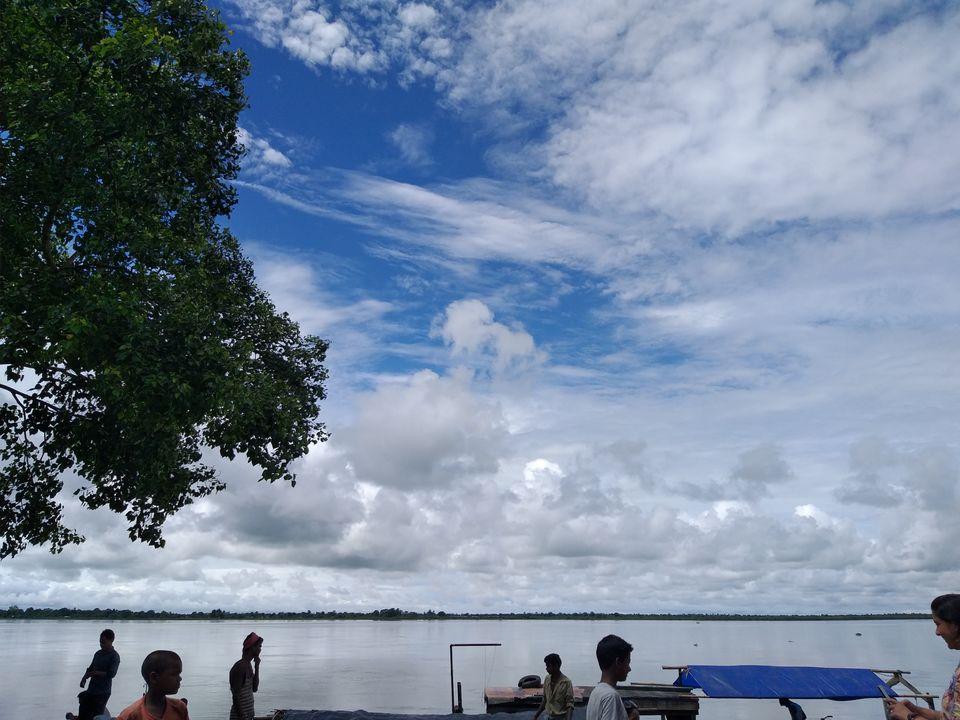 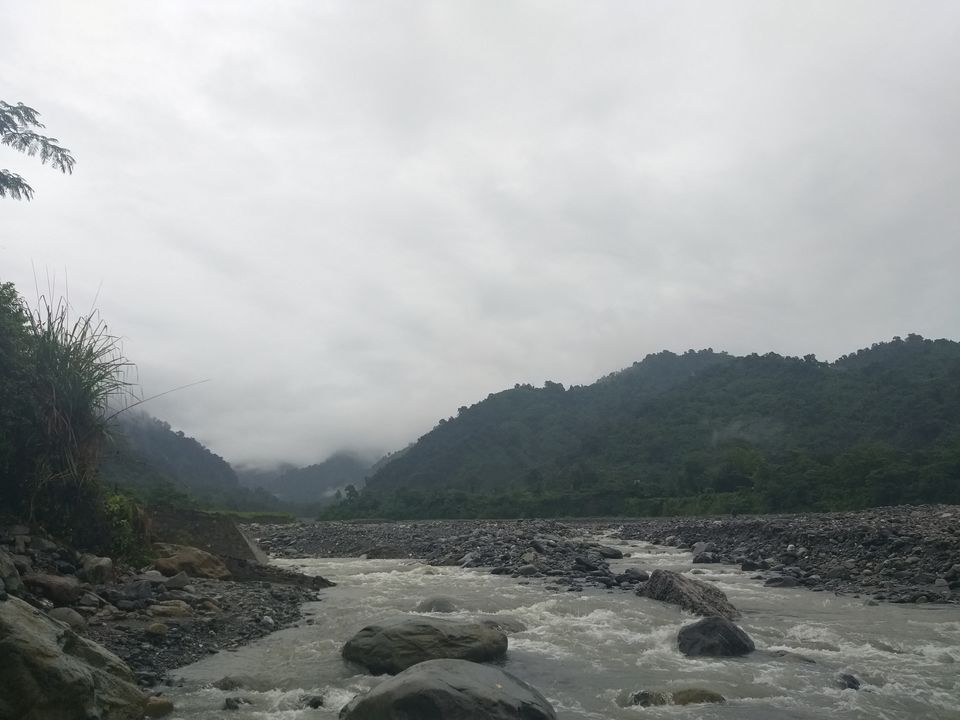 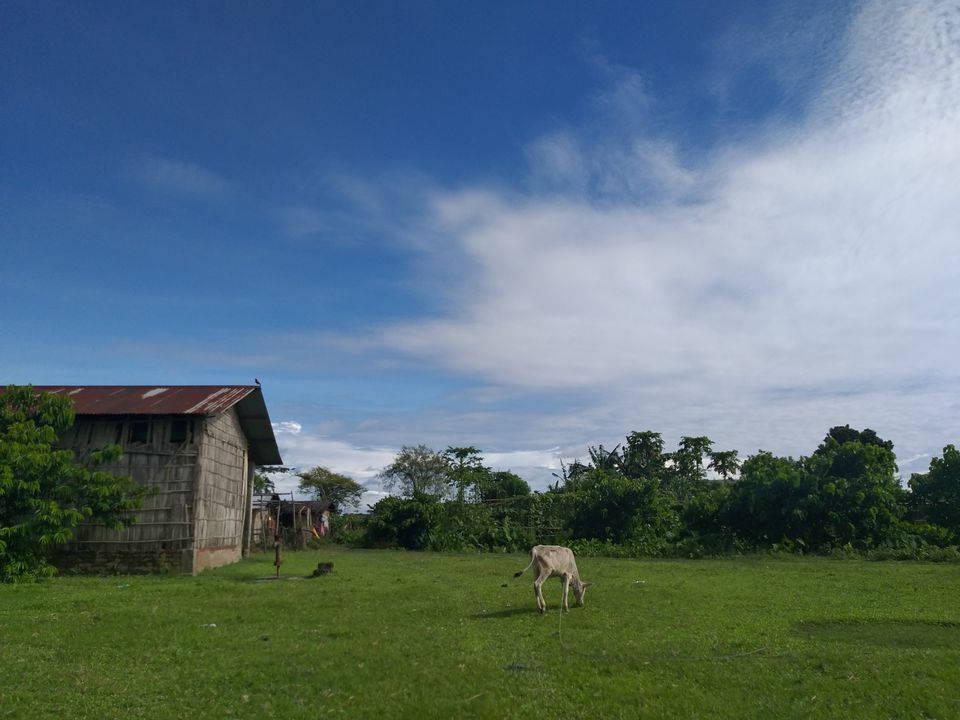 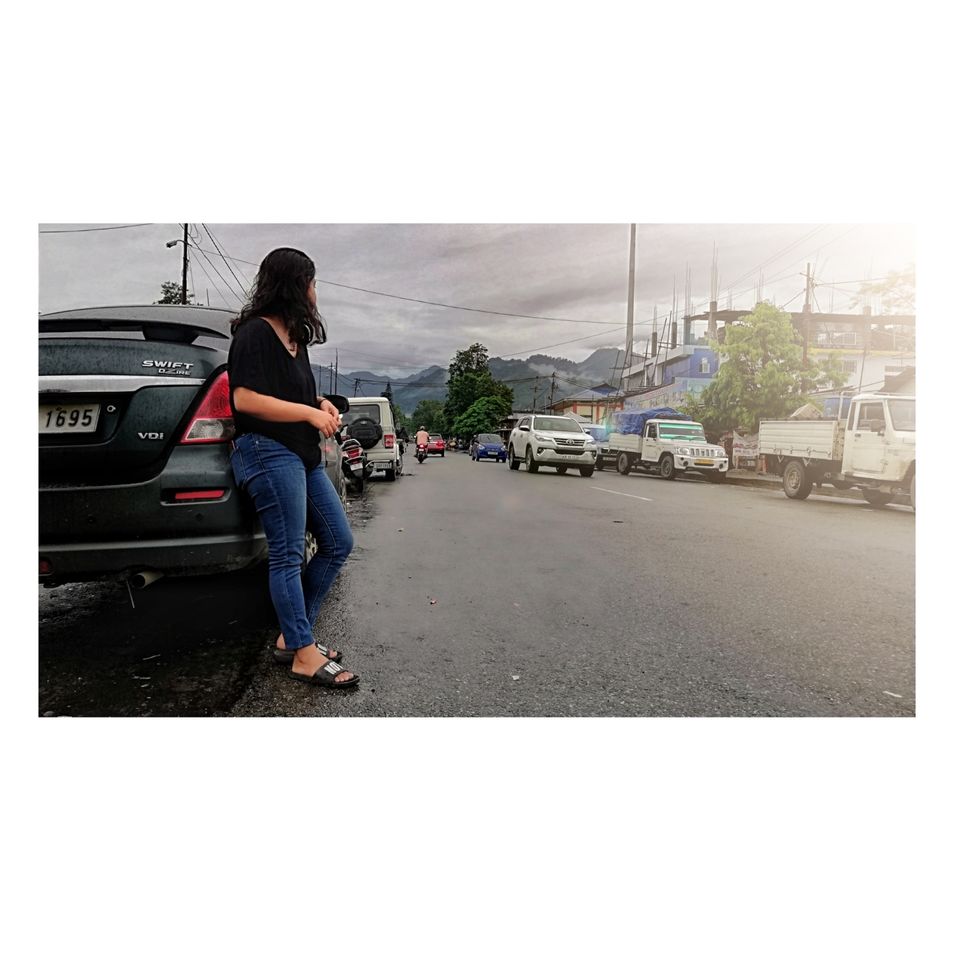 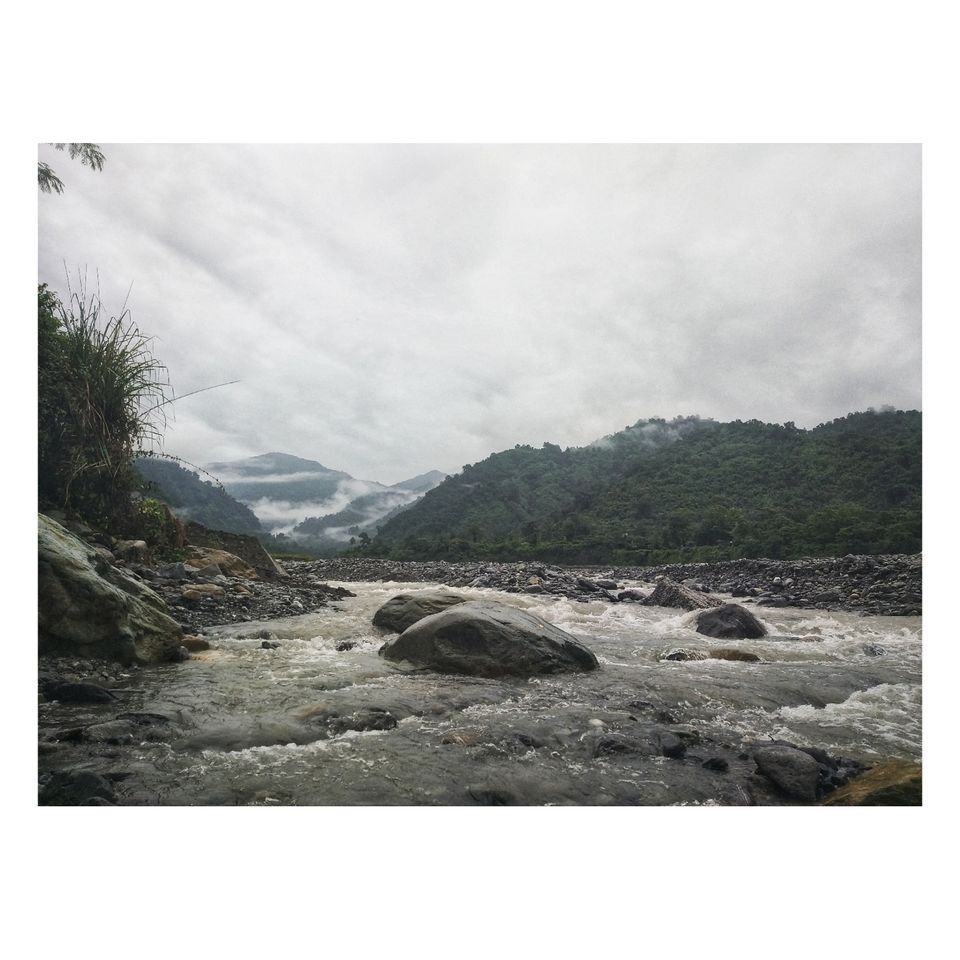