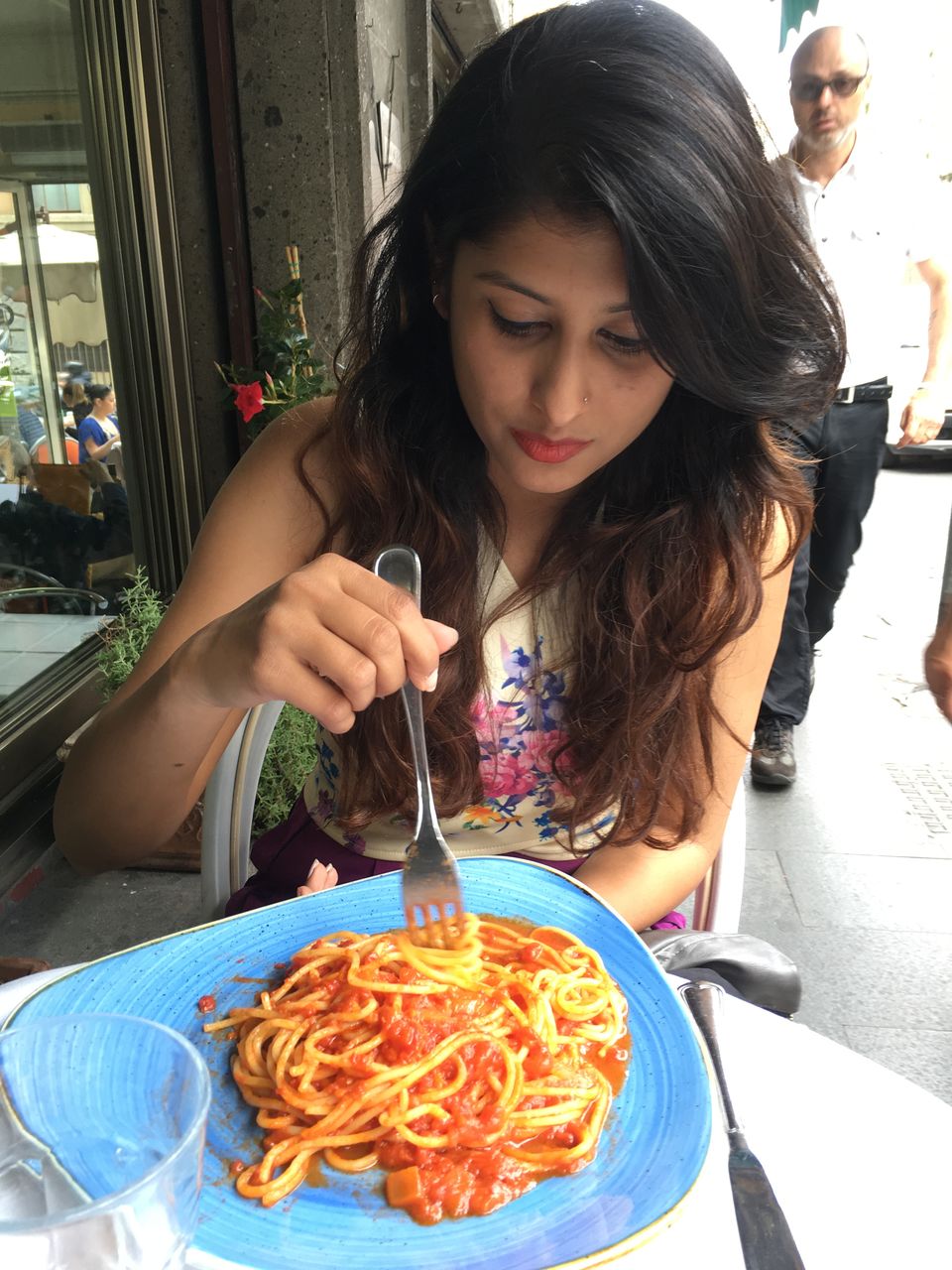 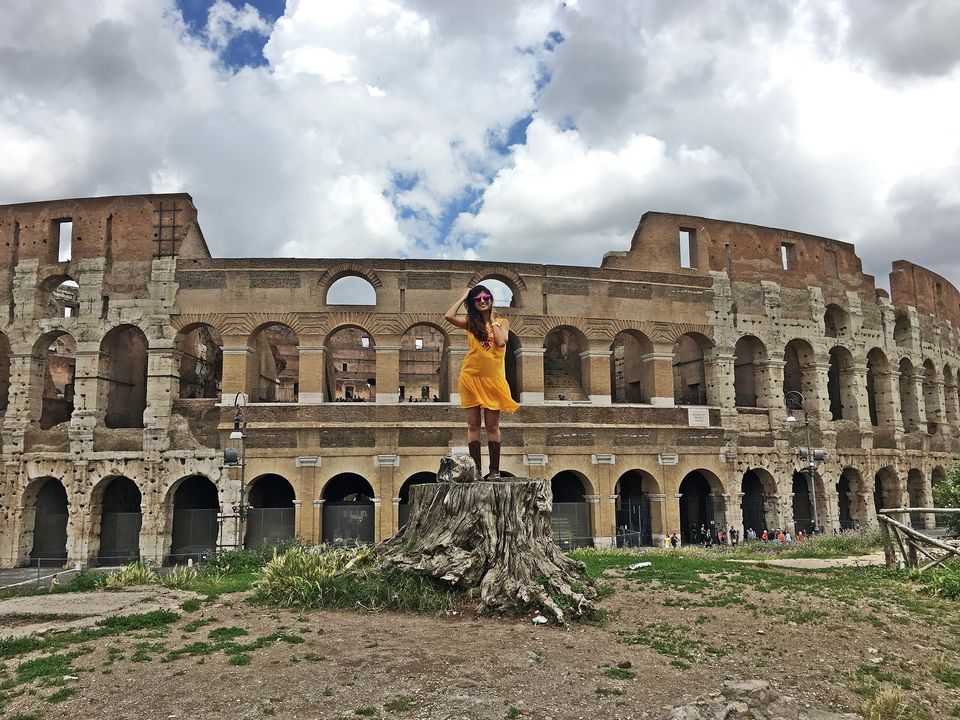 (L-R) Graham, Me, Dani &amp; Britta! Where was Jack? -Trying to sneak the bottled wine in! Lol! 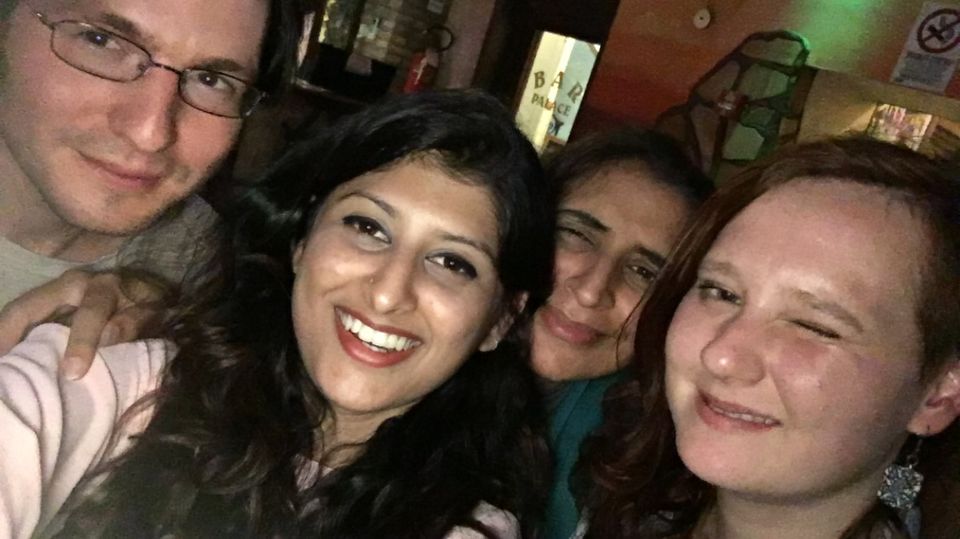 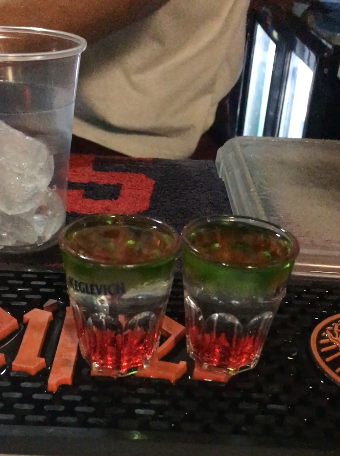 The Yellow Had A Special Night Where Anyone Could Write Something On Your White Tee! 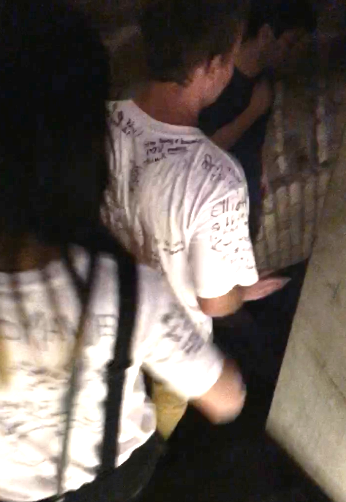 My Italiano-French solo adventure was nearing it's finale & I was to spend the last 4 days in Rome. I had been eating & sightseeing my way through two of my favourite countries for 15 days but little did i know that the night before i caught my flight back to India would be the craziest one ever! It was a regular Saturday & i had seen almost all the 'must see places' on my Roman bucket list which left me with ample free time in the evening.

Tinder was just an app that sat on my phone unused, all the the while that i was seeing someone back home. But now months later, i was single, independent & travelling solo! I thought, "what the heck, its only gonna be one date anyway! - Tinder To The Rescue!" I swiped right on an Indian guy that showed up nearby (yeah, i was swiping right for an Indian guy even in the Land of Gorgeous Men! *L-A-M-E*). I met him at the bar in the basement of my Hostel for a beer but he turned out to be just as lame as my choice was to begin with! :P

Next thing i know, i was trying to sink into the couch in the Social Room of Alessandro Palace Hostel all alone with some coffee & a random girl just plonked herself next to me! Half her hair was shaved off & she looked like the coolest, funkiest girl i had seen in Rome. She introduced herself as Britta & we really hit it off! Soon we were a group of 5 (Britta, Jack, Dani, Graham & I) & we decided to open a bottle of wine to kickstart the night! We started out at as complete strangers at 10pm from Alessandro Palace Bar & landed up getting back to the hostel from a pub crawl at 3am that ended at The Yellow Bar!

Over 5 hours we had crazy shots with the colours of the Italian flag, sneaked a bottle of cheap wine into a rooftop bar in a friends overcoat (Jack's overcoat did help after all!), emptied out all the cents in our pockets to buy just ONE bottle of fancy wine at The Yellow, Shared the wine bottle while we sat on the pavement outside as it rained slightly, tackled a weird Italian guy who kept calling us girls, 'Belle Ragazze' & walked back together to the Hostel making plans for an outing the next day. But sadly, we all woke up late thanks to our hangover from the previous night & went our own way as we realized we hadn't even exchanged phone numbers! Reluctantly, i caught my flight back to India with some crazy memories from my trip that will stay with me for the years to come! :)