From Europe to My Home 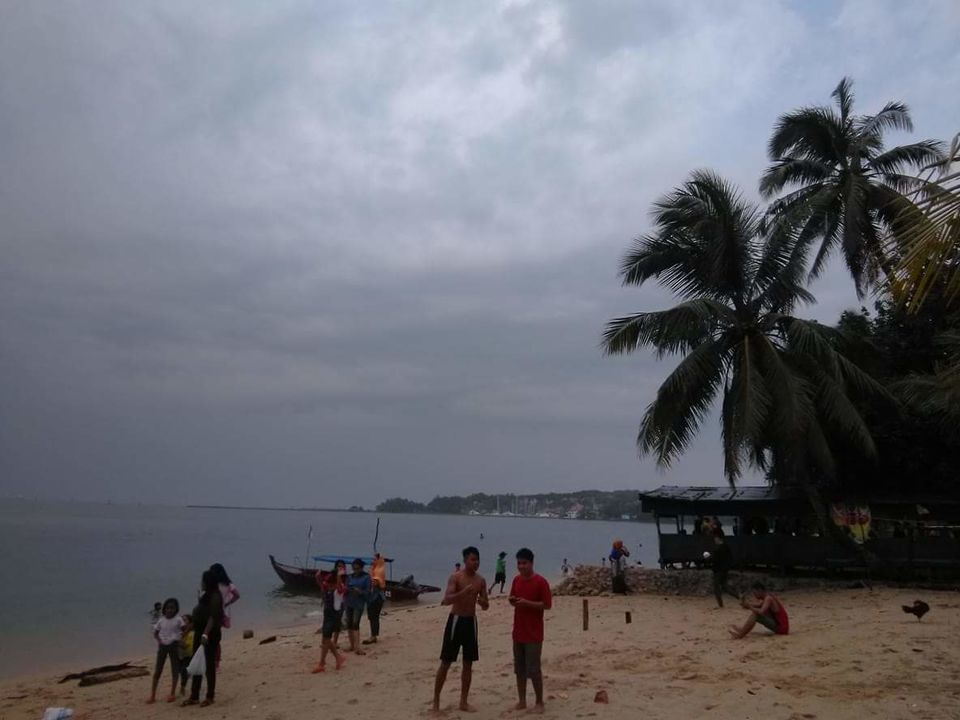 When I finished my BA, I got a scholarship for a university in India.

Up to that point, I had lived my life entirely in Europe or the States, so the whole of Asia seemed like one thing- a huge land in the distance, with blurred country boundaries.

Upon hearing I was going to Asia, people around me absolutely flooded me with lists of Don’t-s, especially about the food.I had more things on my lists of what not to try, rather than what I could have.

Was it a mistake I was leaving? Was I going to die because of the heat, or from starvation?

Worrying about the food seems so childish from my perspective now, but back then it was a real serious thing.

So I left, lived in Agra, grew up and came back. This was probably not the spiritual journey some people share they had once they visited India. Or Asia for the first time.

I think mine was years later - on a small beach in Indonesia, not far from Singapore. As I said - I was back home, my friends were the same, I was the same too. Right?

Or maybe not really.

Now I ate rice in stead of bread, had masala tea rather than coffee and my room was covered in buddhist tangka-a.

Explaining how Malaysia is not Indonesia, India is not Pakistan.That people look different and speak differently. Then I realized this can’t go on.

I had to get away. Go back to Asia

After hours on airplanes, busses / almost any transport you can imagine, I was in Singapore.

But I wasn’t lost, I was never lost in Asia, despite everything. I was right where I wanted to be.

I walked for hours. Just breathing and trying to take up everything around me, all at once. And remember it, so that I can go back to in my memories later, after I left.

The way I remember everything now, while I write this.

A few days later I left for Indonesia. And as they say- everything from there is history.

I took the ferry early in the morning and by noon I was there.

It was a bit rainy, as it was still August and rain was not a surprise. I went directly to the beach.

I just sat on the sand and watched the water for a while. Looked at boats with fishermen and kids playing around.

I had a friend who came to meet me- it would be difficult to describe where he is from, as his grandparents were Chinese, he had relatives in Malaysia, Singapore and worked in Indonesia. 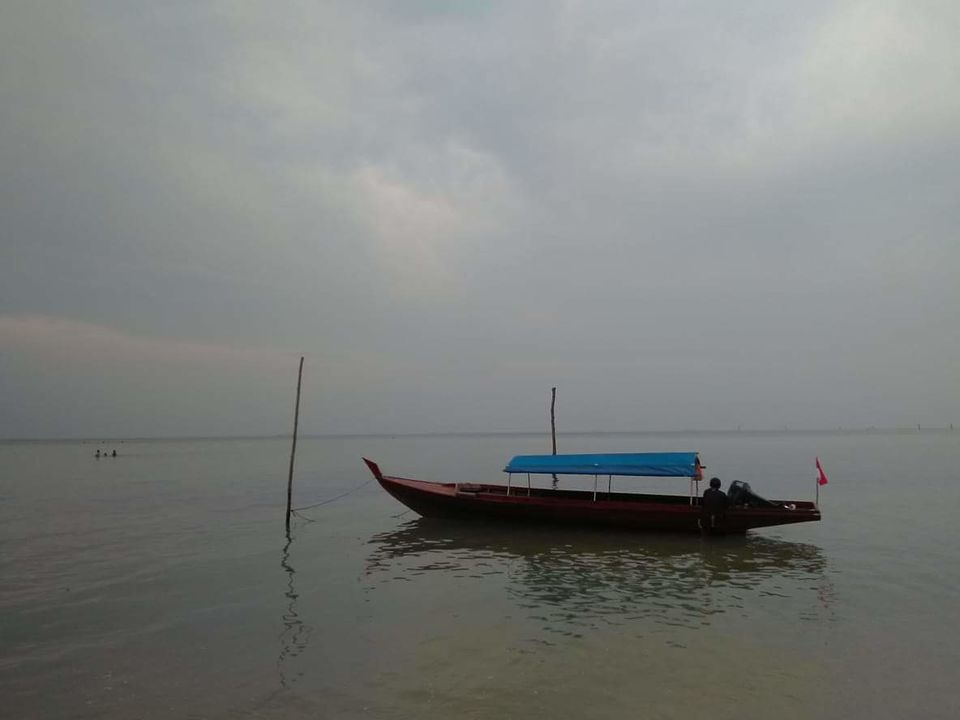 But not for my friends in Asia- I’ve always admired them for that.

We talked about everything- from every-day topics, such as work, life, to politics and traditions. Another thing I’ve always been impressed by is the fact people in East are very well familiar with the political situation.

However, the thing I’ll never forget was he was telling me about his great-grandmother, because I asked about lotus feet.

He had been a small child, and didn’t remember everything perfectly clear, but even as an old woman his grandma still wrapped her feet.

We openly talked about this old now tradition, and I’ll forever remember how much I wanted to be somehow part of this world.

To not be a foreigner there.

I don’t mean that someone ever made me feel that way. Not in the least. I just wanted to be able to turn back time and be part of everything.

A few days later I had to go back. And this time I didn’t even pretend I was the same.

I might have influenced people around me, because / especially now with the travel restrictions we spend our time home/ my mother was checking recipes how to make Chwee Kueh, although she knows it will be quite difficult with the ingredients’ limitations.

So I guess next time I’ll have to take my family with me. Take them to my home. 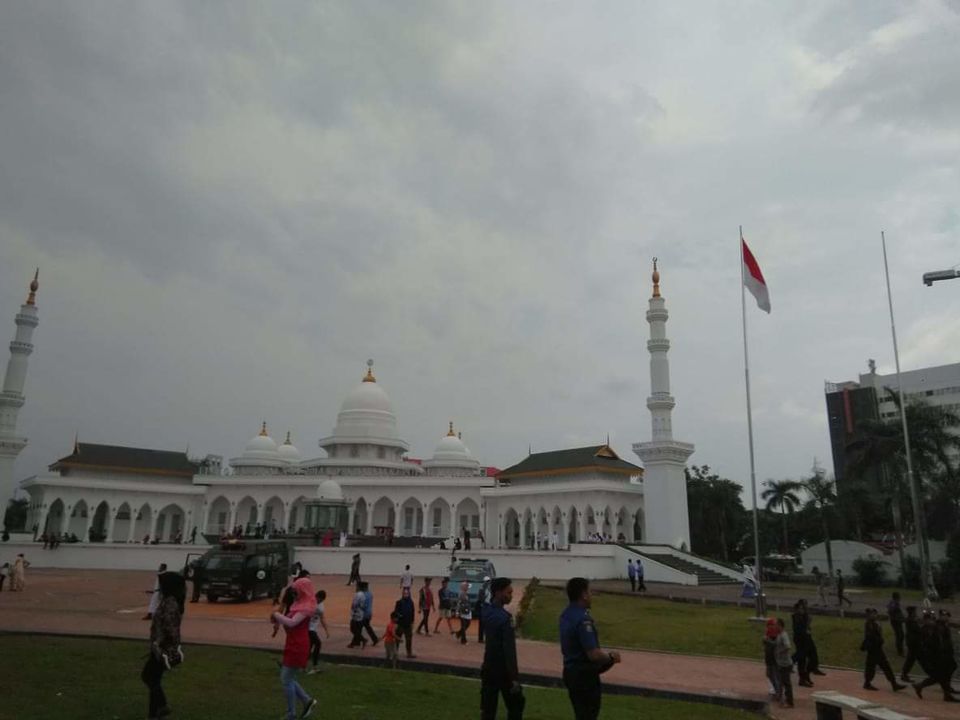 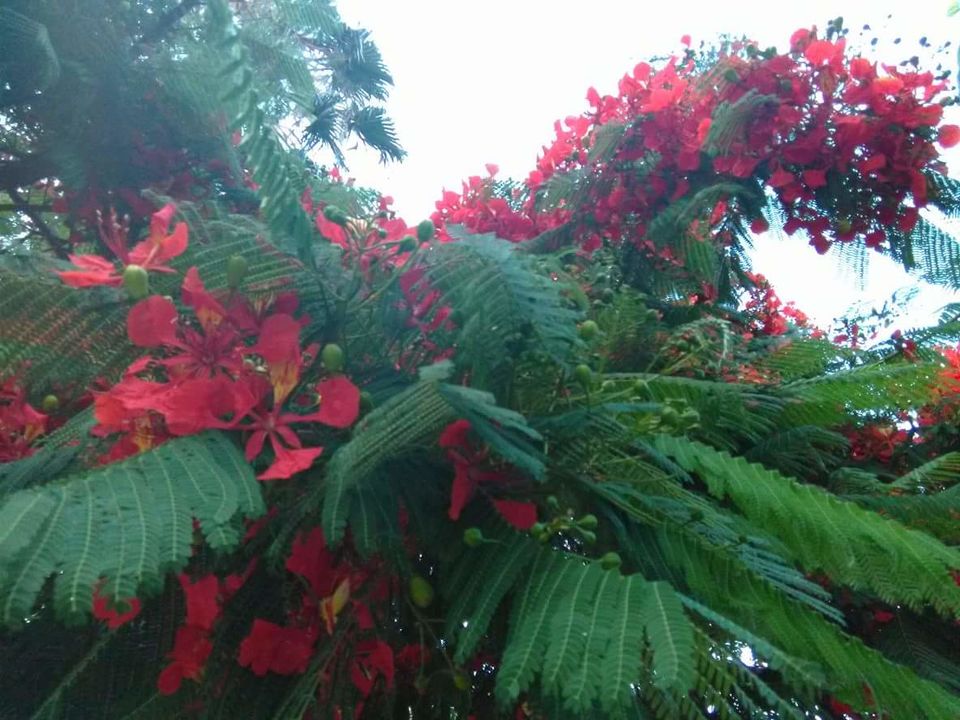 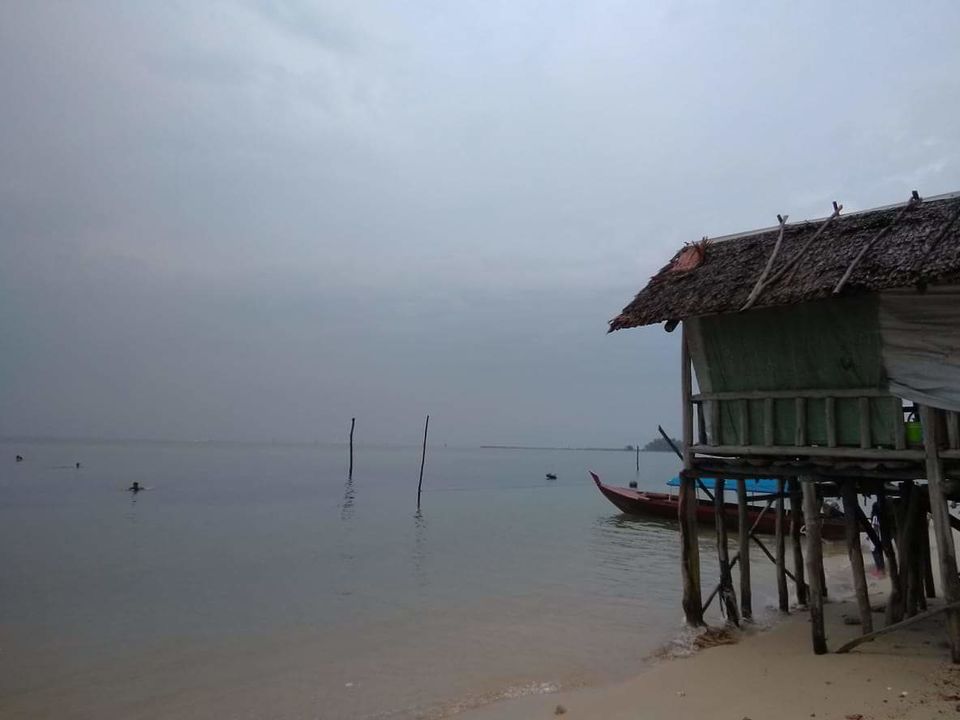 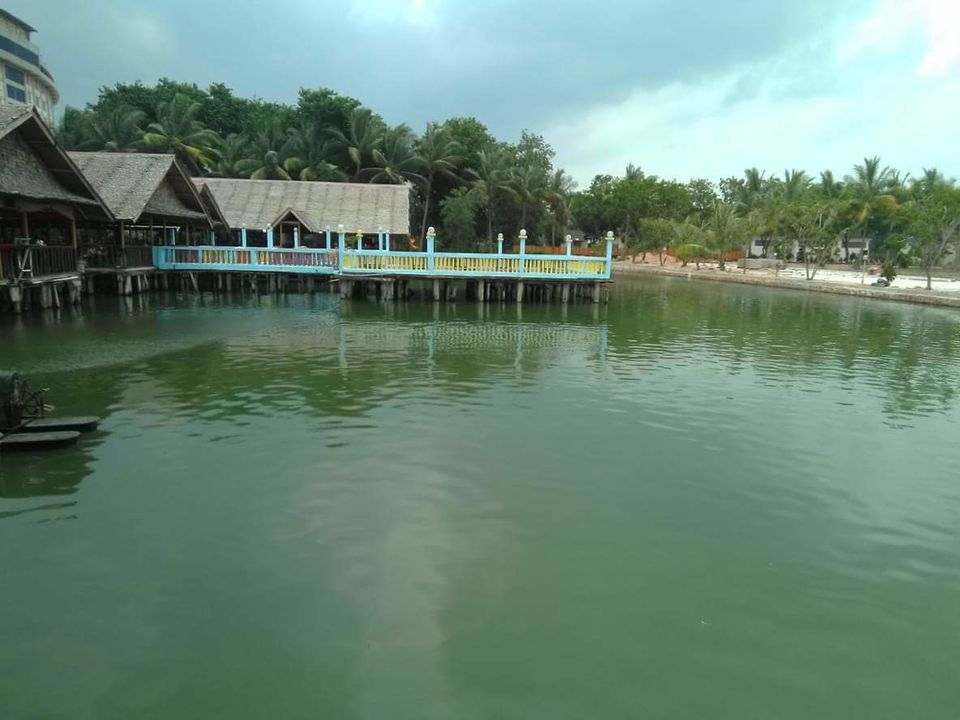 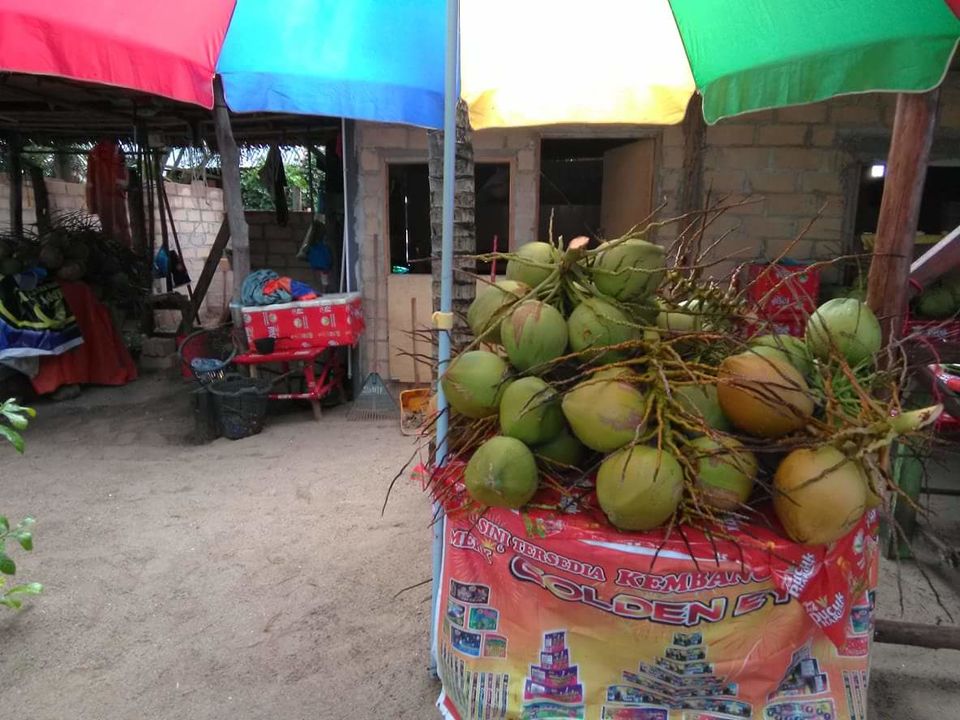 Indonesia's Independence Day - 17th of August. There were celebrations and a parade and the soldiers agreed to pose for the picture .The weapons are part of the parade and don't get fooled by how serious they look- everyone was beyond friendly and hospitable. 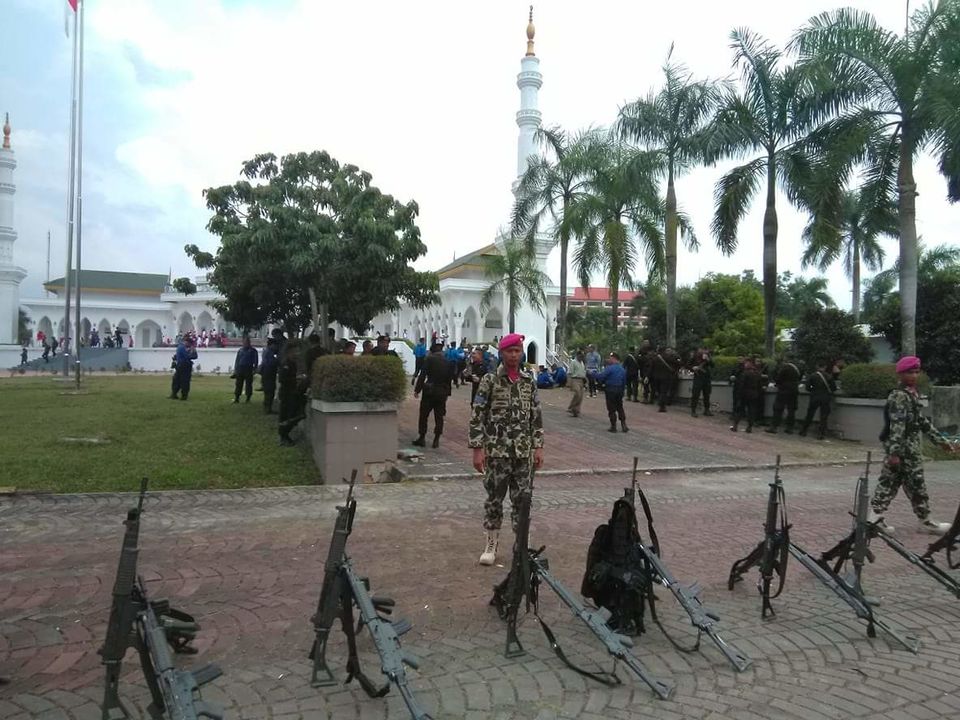