I usually travel to places not normally visited by tourists. I like discovering and experiencing things that are rarely written about and seeing views that are rarely captured by pictures. So, Singapore was not really a place I would’ve wanted to visit because, in my view, it lacked the soul that I am accustomed to. But, my view of Singapore changed after the trip I did in January 2014. Not instantaneously, see. I went there with my filters on. And, when I caught myself doing this, the experience immediately shifted to Singapore is a cultural experience in itself. From then on, I began to see Singapore as a place worthy to be explored.

And, it was even upped by the challenge of experiencing Singapore within our Php 5,000 (143 SGD) budget from January 31 to February 4, 2014. Want to know how we did it? Here’s our sort of itinerary with a summary of our expenses. :)

Day 1: January 31, 2014. We left Manila at 5:40 AM and arrived in Singapore a few minutes past 9. On our first day, we got to visit Peach’s friend in Ogilvy, settled in Peach’s friend’s flat in Derbyshire, experienced the hawker food, and visited China Town and Clarke Quay. Going around Singapore isn’t such a bad thing since public transportation in the country’s really good. We heavily relied on Peach’s GPS and took the bus and MRT most of the time. On our first day, my expenses were just for the MRT card (17 SGD), cab ride to Derbyshire (10 SGD), lunch (4 SGD), and dinner (4.50 SGD). Since Peach’s friend was so nice to lend us his flat for two days, we didn’t have to pay a cent for it!

Day 2: February 1, 2014. It’s Laneway Music Festival day, baby! Peach and I spent the morning hyping ourselves up for what would be my epic first music festival experience. We listened to the music of Haim and Chvrches, while eating the breakfast that Peach prepared. Since we’ve already pre-paid for the festival tickets in November, my expenses for the day were only for lunch (4.50 SGD) and a reload for my MRT card (10 SGD).

Day 3: February 2, 2014. Since Peach’s friend was arriving from the UK in a few hours, we both spent our morning cleaning up his flat. We wanted it to be as pristine clean as how he left it, you see. And, after doing our magic, we headed to Woke Hostel to experience sleeping in a capsule hotel. It was a good one, too! Then, we headed to the National Museum of Singapore, had buffet dinner, watched the lights show at Marina Bay Sands, and had a life and love conversation at Chijmes. Contrary to what I had expected, I only spent little on this day: entrance fee to the museum (10 SGD) and cab ride to Woke (5 SGD). Ate Menchie treated us to dinner, sweet!

Day 4, February 3, 2014. This day was all about shopping and being a tourist in the city. We scavenged our way to our best finds in the outlet stores of Cotton on and Billabong and loved every bit of our Ikea experience. Plus, we also got to see the famous Merlion, which may be the most famous landmark of Singapore. From the money that I had left, I spent it on shopping (30 SGD for a Billabong sweater), and lunch and dinner food at Ikea (20 SGD).

Day 5, February 4, 2014. After having a good enough sleep at Woke, Peach and I left for Changi Airport, where we would be flying to Manila. Since the MRT was still closed, we took the cab to Changi Airport (10 SGD). There, we had our breakfast (4 SGD) and I also did my obligatory purchasing of a magnet (7 SGD).

In total, I had spent approximately 136 SGD from January 31 to February 4, 2014, and had a few bucks left as souvenir from my trip to Singapore. While this did not include the airfare (pre-paid in November), accommodations (free for the first two nights and the rest were pre-paid in November), Laneway Music Festival tickets (also pre-paid in November), buffet dinner (which was Ate Menchie’s treat), and some of the shopping at Cotton On and Ikea (which we carded), I would say that we managed to experience Singapore at a bargain price! We got to visit the places we had intended to visit, had our feet ache from all the walking and exploring, and conversed and laughed through most of the trip. And, if you’ll ask me, would I go back to Singapore to experience more of its culture? Definitely. :) Maybe next time, it would also include a side trip to Malaysia. We’ll see. ;)

The place is posh! Peach’s friend, Jeremy, was so kind to let us use his place for a couple of nights while he’s in the UK. His place is on the 22nd floor with a beautiful view of the city from the balcony. His place was pristine clean. Until of course us two slobs invaded his sanctuary. Don’t worry, Jeremy, we’ll clean up before we leave. :)

The lights were festive and it was the first place in Singapore where I experienced people being around and about, enjoying the nights towards the Chinese New Year. 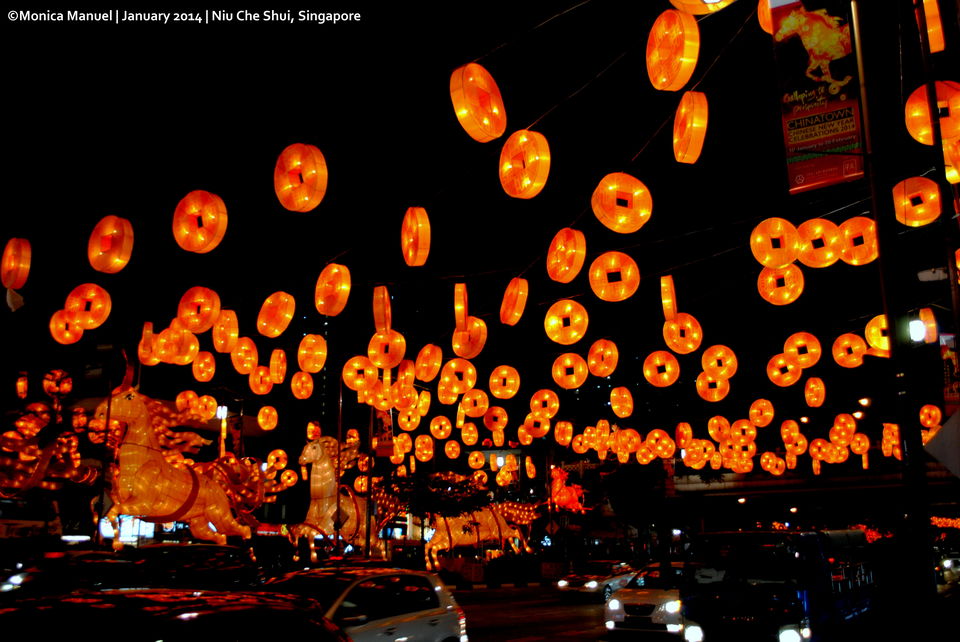 We walked around, took a few shots, and made our way back to the MRT, which we would take to get to Clarke Quay. I didn’t know that we would be taking such loooong walks that I wore my boots around. Wrong move, man! So, when we saw a place where we could chill for a while, Peach and I slumped and rested. It was a good spot, too, as we were seated in front of this ride. My heart jumped for those who were on the vehicle. Some sense of adventure these people have! 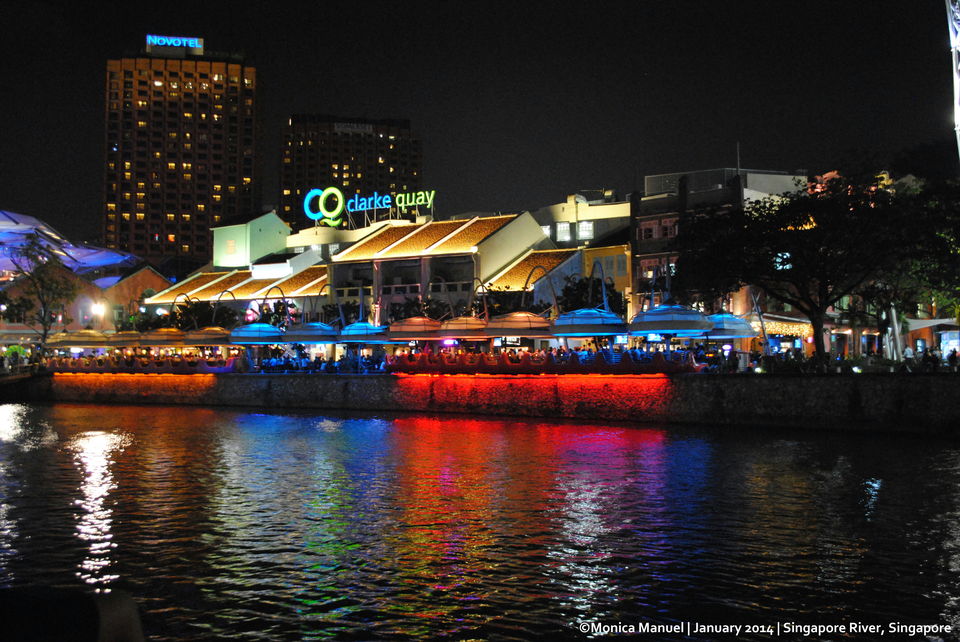 Gardens by the Bay Singapore

Laneway Music Festival, baby! Although I didn’t know any of the songs played, I enjoyed the experience. There was a point when I almost wanted to pass out because of being squeezed in a crowd of hippies, but I just opted to close my eyes, listen to the lyrics, feel the beat, and let myself be swallowed by the music. This is ultimate art immersion.

It’s quite affordable or Php 1,000.00, considering that it’s Singapore. And, the amenities were something I could work with (they had clean toilets and bath and they had bidet, woohoo!). The bed I had was comfy, too! So, it was a good deal for me.

I’m a fan of museums. And, while nothing beats immersing in the culture, I find museums as a way of knowing what the country or city I’m visiting is about. And, the National Museum of Singapore did not disappoint. The British influence was apparent in the architecture. The way they portrayed their story was also something different from the museums I’ve visited in the past. But, this is the first first-world country I’ve ever been to so I’m not sure if that made the difference. I’ll let you know the next time I visit another one. ;) Truth be told, I got tired exploring the National Museum of Singapore. With all those walking! Haha! But, it was worth the 10 SGD I paid for it. The learnings I got and having had the opportunity to view those artworks, it was a visual feast for me.

After dinner, we went to Marina Bay Sands to watch the lights show. Ate Menchie was weirded out that we haven’t viewed it yet considering that Peach and I were in the area the night before for the Laneway Music Festival. Haha! To be honest, though, it wasn’t that spectacular for me. Although I find it that the technology used was something impressionable, the way the story was told didn’t appeal to me. But, it was fine. I’m still happy to see those lights and for the opportunity to watch the show with these two. :)

Peach and I said good-bye to Ate Menchie and then headed to Chijmes, which used to be a Catholic church and is now converted into an events place. No band was playing so we thought it wouldn’t be worth paying for a beer. Good thing there was this place where we just had our usual conversation about life. :)

I liked the way their lights were set. Despite my camera being set to "Automatic", I took pretty good pictures, I would say! 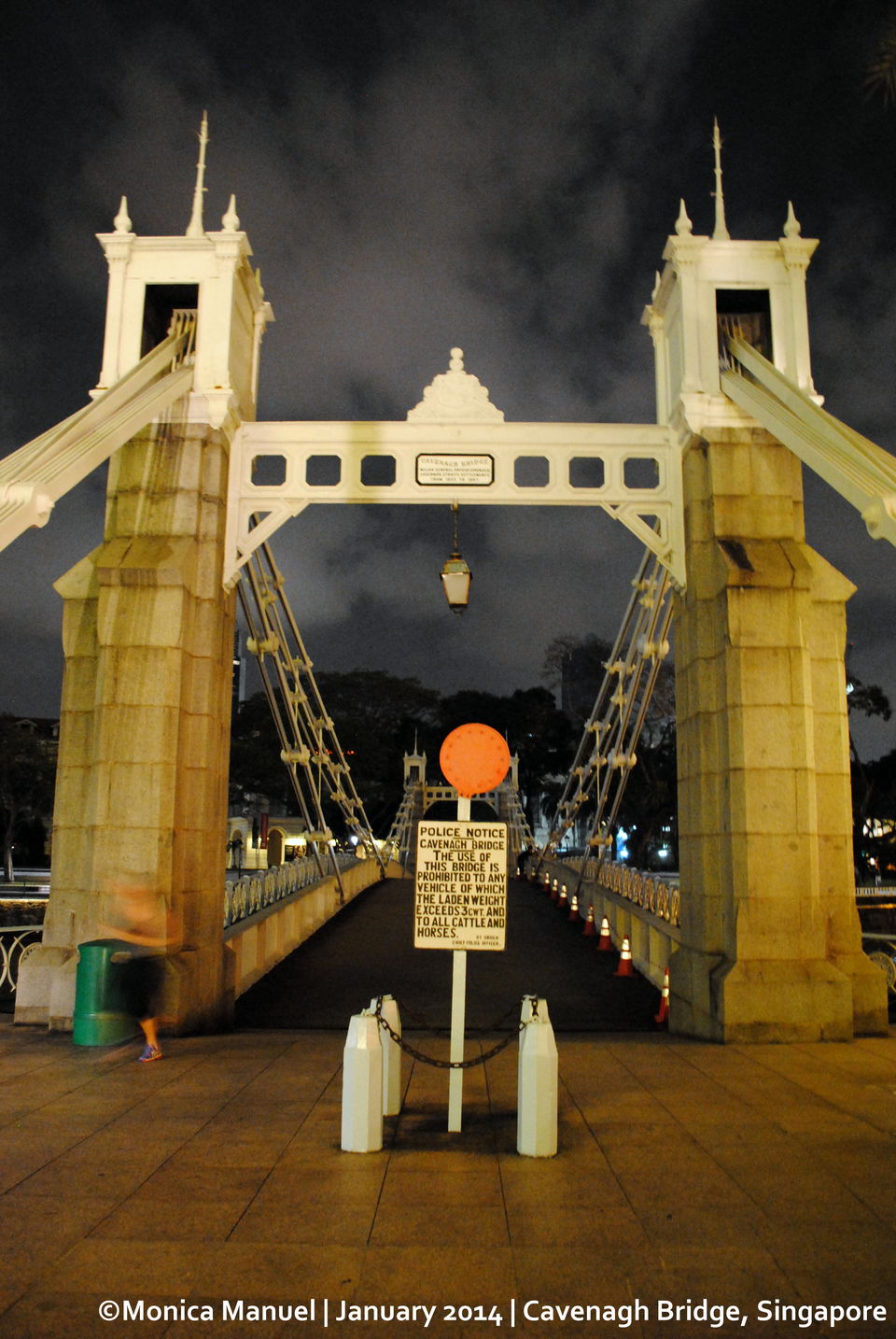 After Peach realized that the Merlion Park was just near our hostel, we both decided to do another trip to. Like in my trip to Bohol, I wanted to have a picture that would scream “Singapore!” Haha! From the park, we also got to see these landmarks. Singapore bursts with beautiful colors at night, I must say. :) 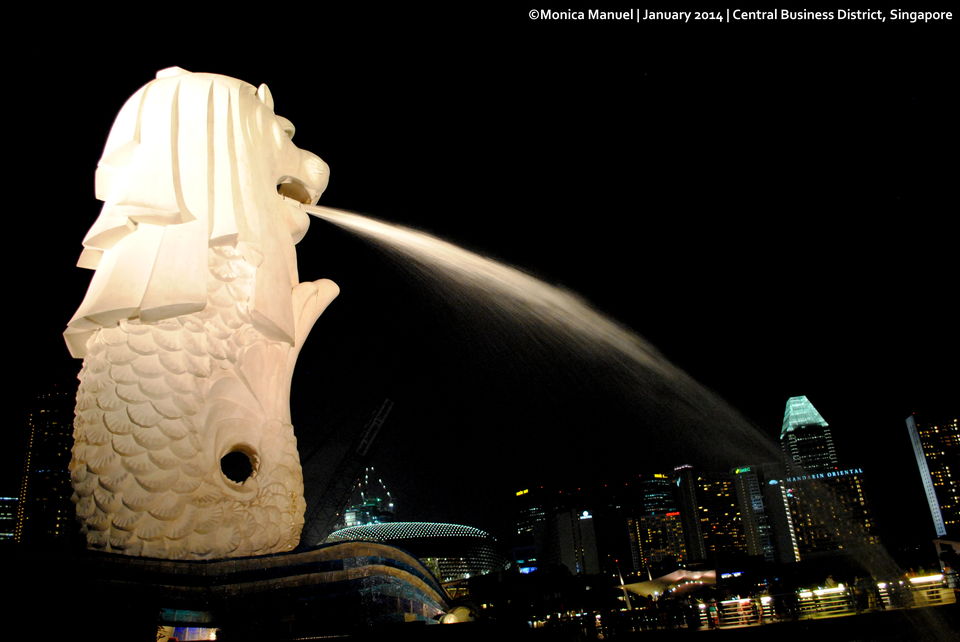 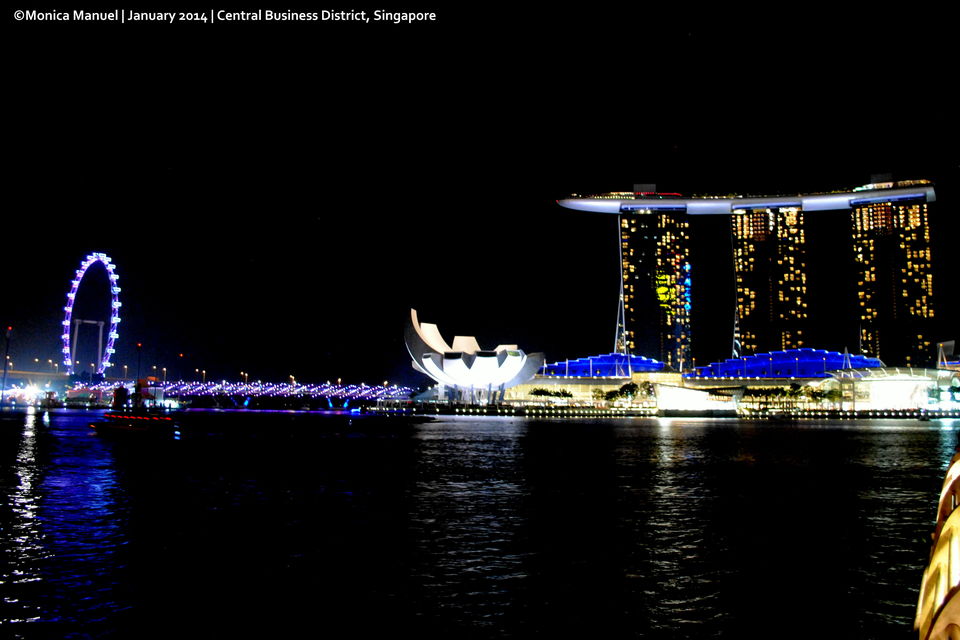