Somerset Travel GuideSomerset TripsDo You Love Books? This Is Where You Can Live Your Fantasy!

Do you love books? This is where you can live your fantasy!

Readers travel to far-away lands on the wings of their imagination every time they flip open a book. Reading is a great escape from our mundane, mechanical lives. And the pictures painted within the pages of our favourite books describing beautiful and magical worlds have us longing for a respite from reality. Don’t you wish you could travel between the lines?

There are so many places in the world that cater to every fantasy of the literary fanatic. Here’s a list of some of the most famous books and where you can go to relive the magic you felt while reading them.

If you’re reading this article and you’re above the age of 11, the owl that was supposed to deliver your Hogwarts letter surely got lost in a storm somewhere. But Harry Potter fans can experience the spellbinding magic of the books by visiting some locations that will make them 'Nearly Headless' with excitement! 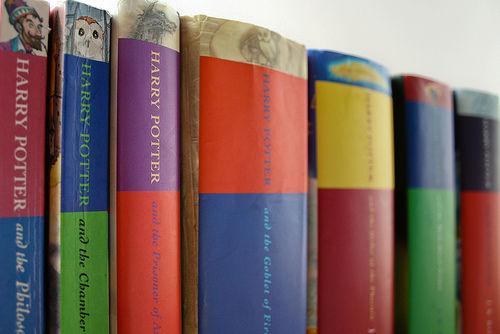 You can try to walk through Platform 9 ¾ at the King Cross Station located in Central London, but there are no guarantees that you’ll ever be able to board the Hogwarts Express no matter how many times you run into the wall! Right next to it is St Pancras Station from where Harry and Ron took off in the Weasley’s magically tweaked Ford Anglia! The Leadenhall Market of London posed as Diagon Alley in the films. If you want to see the place where Harry discovered he could talk to snakes and find out if you’re a Parseltongue too, head on over the Reptile House at the London Zoo. Another place you could visit is Christ Church in Oxford for a look at the room that the Great Hall of Hogwarts was modeled on. You can also take a Harry Potter studio tour in Leavesden, Hertfordshire. 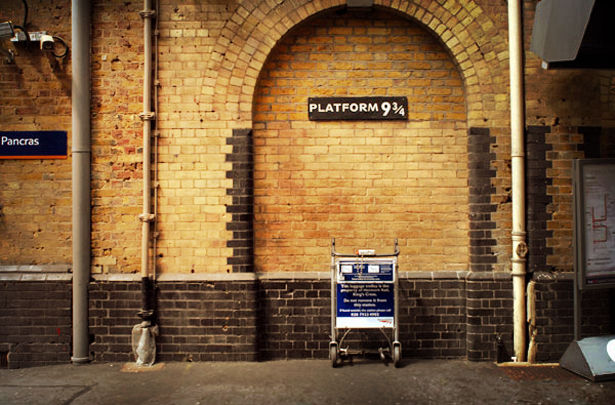 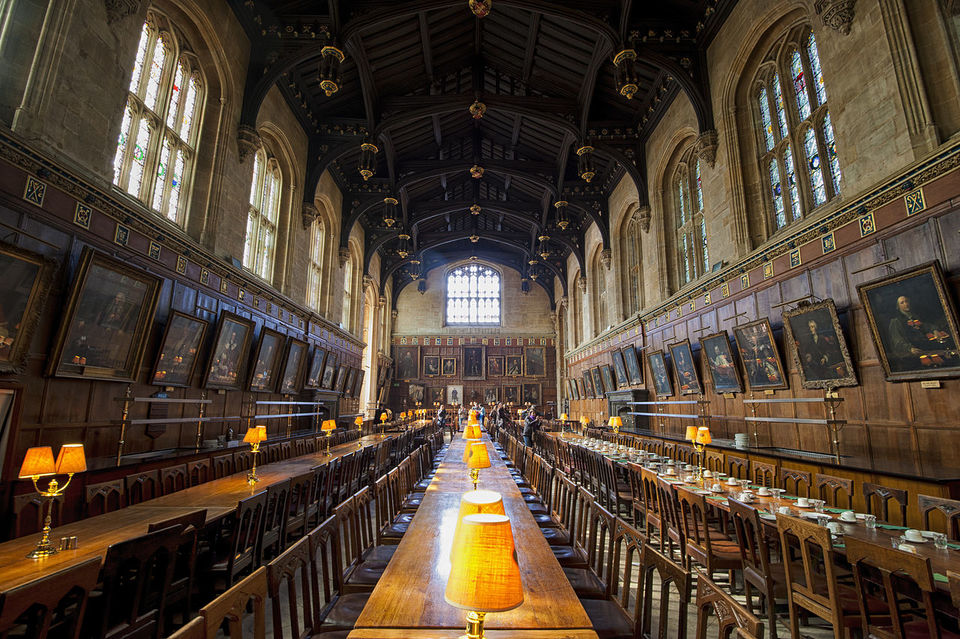 England is the place to be for a Potter vacation! For fans planning to travel to the US, you can visit the Wizarding World of Harry Potter at Universal Studios, Florida for everything Harry-Potter themed. So drape your cloak, carry your wands, get on that broomstick and prepare yourself for a magical experience! 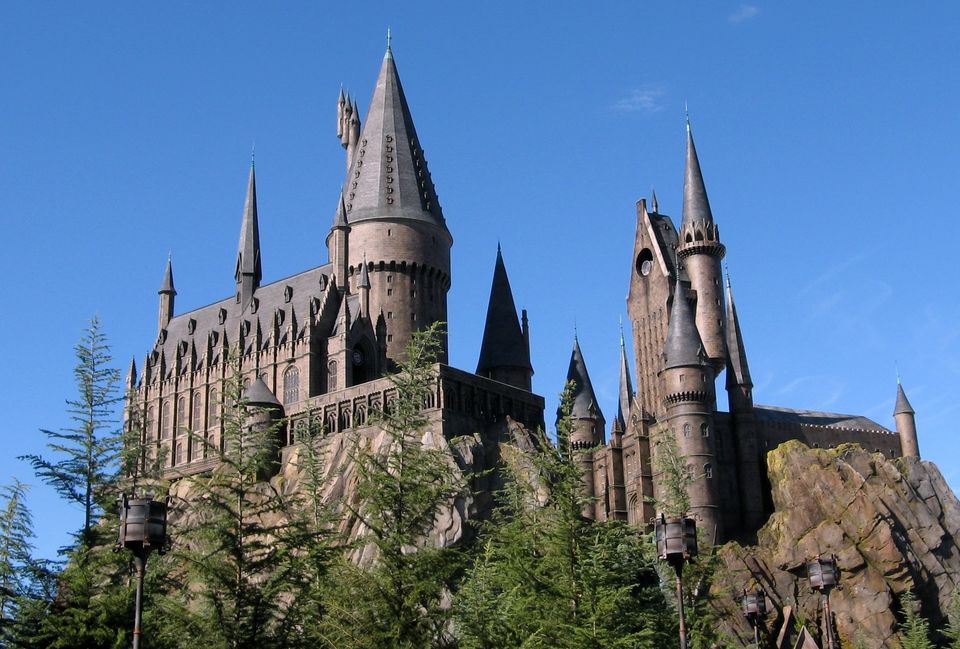 After the release of the movies, the Hunger Games series by Suzanne Collins has become a bit of a big deal! And thanks to Katniss Everdeen and her rebellious spirit, there are many film locations you can visit to celebrate your love for the books. 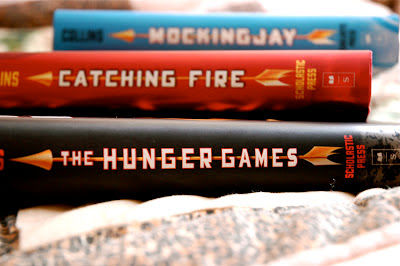 The Henry River Mill Village in North Carolina, United States, is the dystopian District 12 area that Katniss called home. Visit the crumbling ghost town and you’ll feel like volunteering as tribute too! The Pisgah National Forest that is located about two hours away should be your next stop and is the place that served as Katniss’s and Gale’s hunting ground. The DuPont State Recreational Forest in Henderson and Transylvania counties of NC was used to film many scenes that took place in the Hunger Games arena. If you wish to visit the location where the Tribute interview scenes took place, it actually exists in the real world as Knight Theater and is situated in Charlotte, NC. Take a trip to North Carolina and may the odds be ever in your favour! 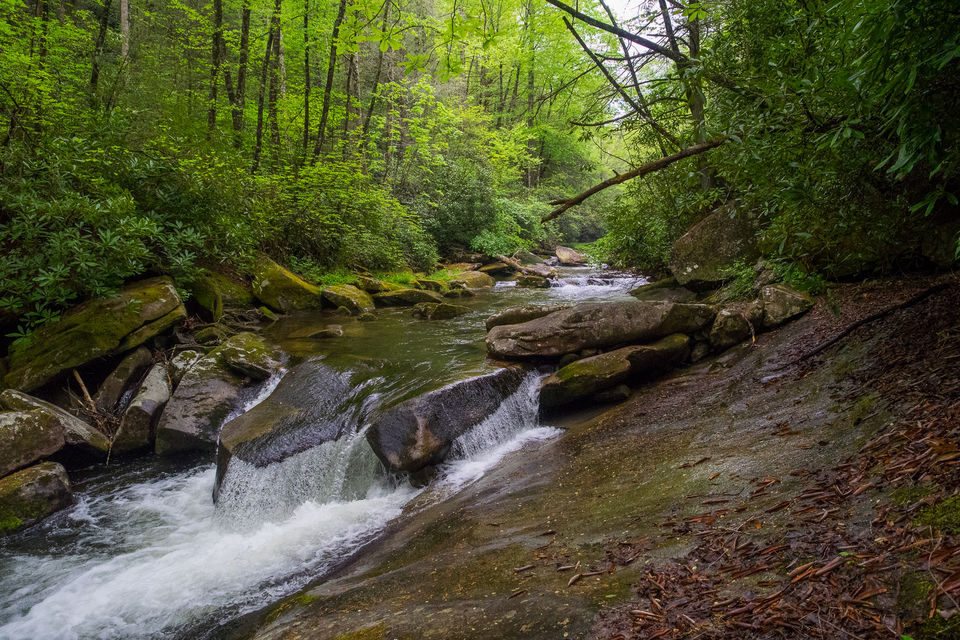 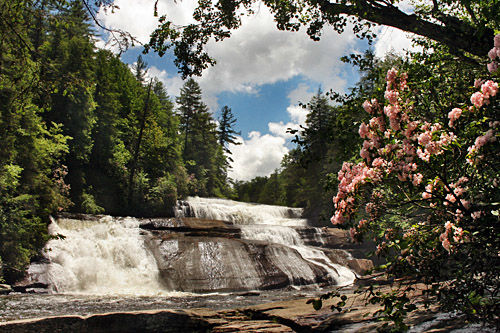 Terry Pratchett is the author of the famed comic fantasy series Discworld, the story of a flat, disc-shaped fictional world that is balanced on the backs of four elephants which stand on the back of a giant turtle. Sounds totally plausible! The Discworld novels have sold more than 75 million copies! 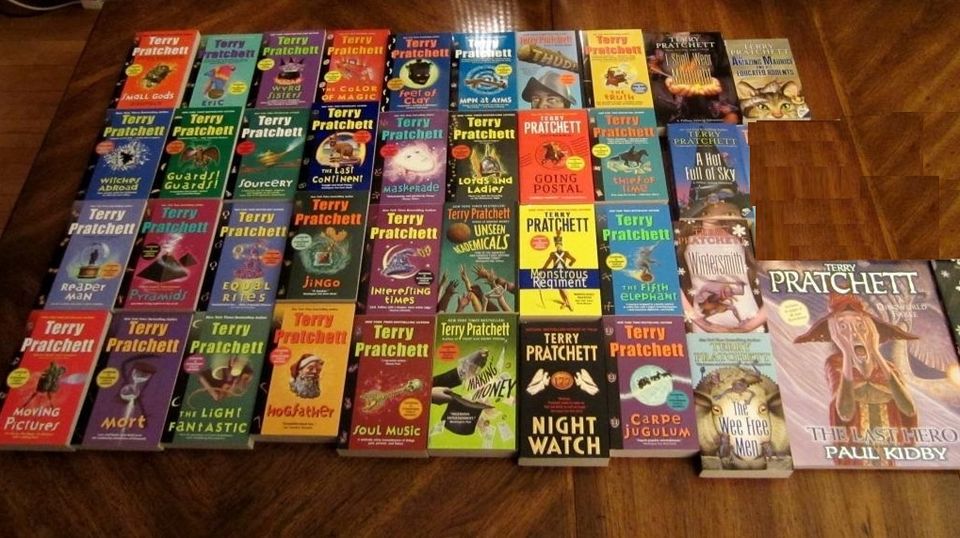 For fans of the series, a memorial of the late Sir Terry Pratchett has been painted in London’s Brick Lane for those who want to see beloved Discworld characters colourfully depicted in street art. If you’re interested in discussions about the novels, there is a London-based group called the Broken Drummers who hold meetings every month at a pub called the Monkey Puzzle. A Discworld Emporium exists in Wincanton, Somerset, England, where you can buy merchandise and geek out with fellow fans and celebrate Pratchett’s genius and wit! The turtle moves! 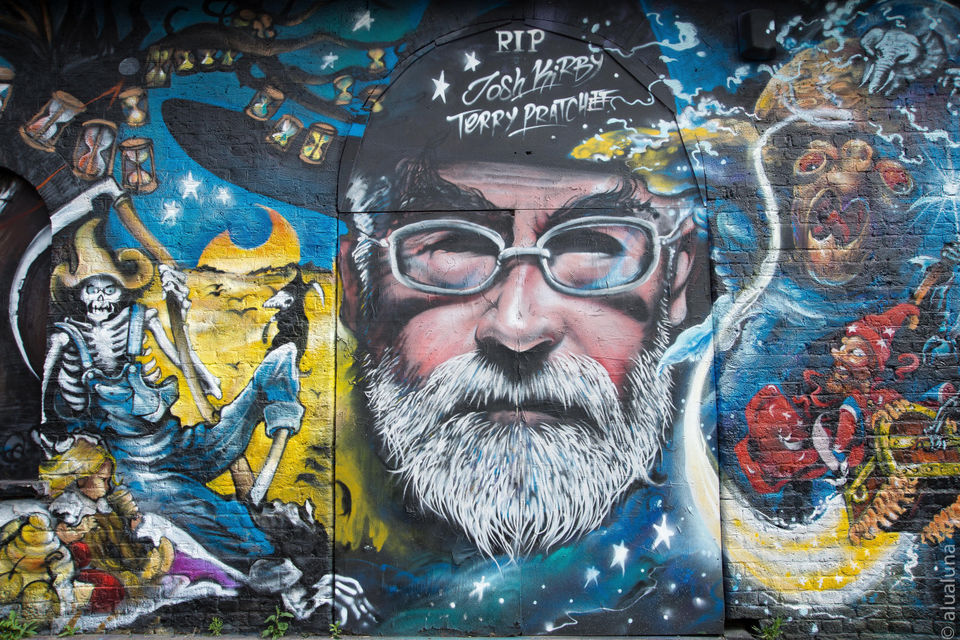 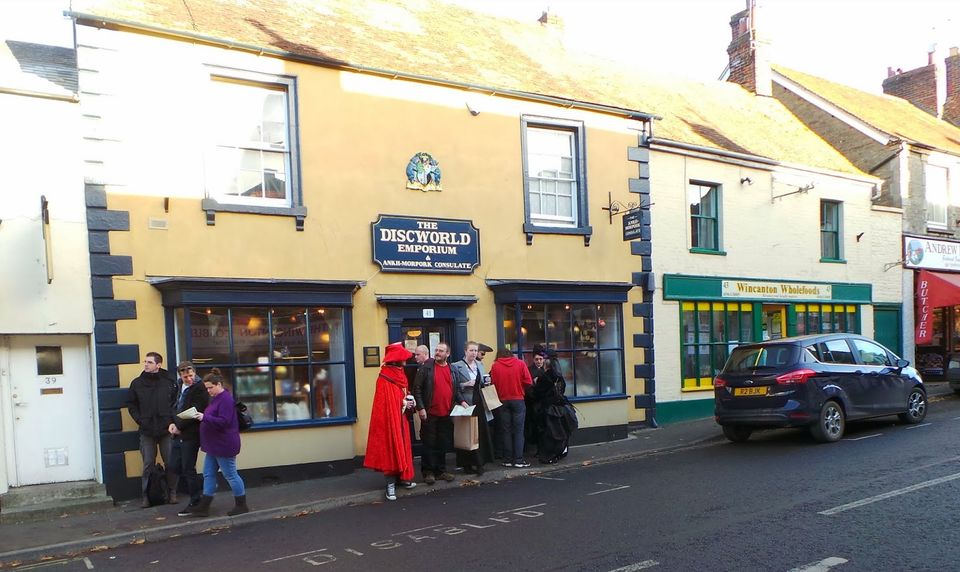 Credit: Efreet in the oven

One of the best selling fantasy novels ever written, The Lord of the Rings by J.R.R. Tolkien paints an epic picture of the fictional universe of Middle-earth. For fans of the film series directed by Peter Jackson, a visit to New Zealand should be on the itinerary! There is so much to see and the natural scenery will take your breath away! Tongariro National Park which served as the land of Mordor (with Mount Ruapehu playing Mount Doom) is a place that every die-hard fan should visit and be awestruck by. A tour of the Hobbiton Village in Matamata, where Frodo and Bilbo began their epic journeys, is a must if you call yourself a Lord of the Rings fan. The Kaitoke Regional Park that’s located in Kaitoke and served as the beautiful Elven outpost Rivendell should also be on your list! 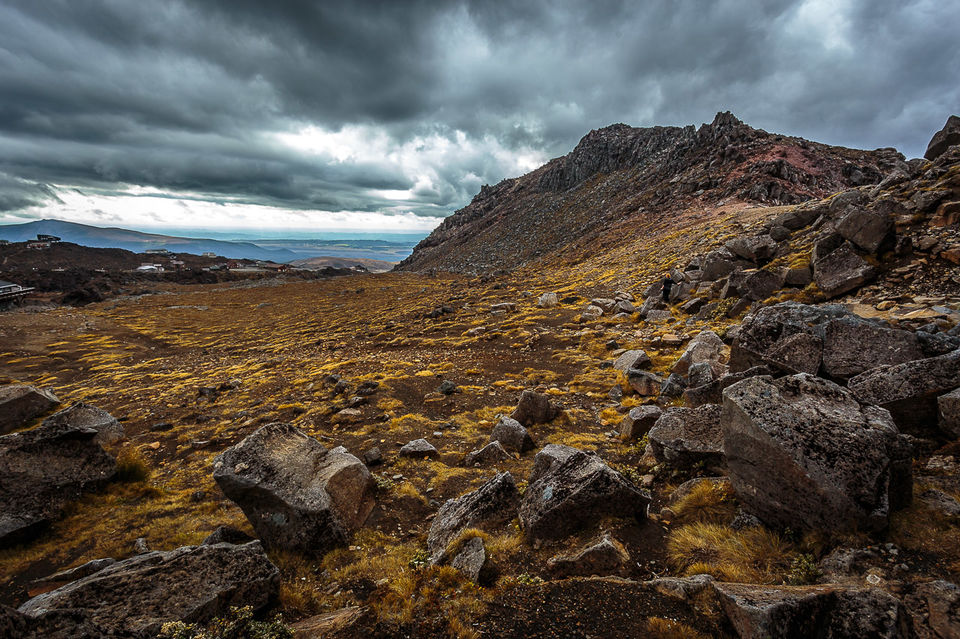 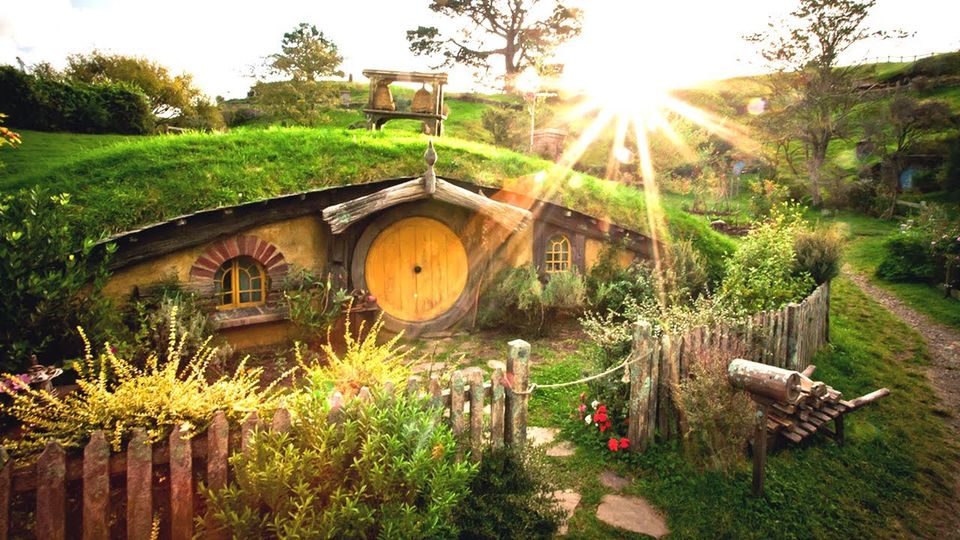 If you ever find yourself in Switzerland, be sure to visit Lauterbrunnen, a nature conservation area in Switzerland which is supposedly the true inspiration behind Rivendell. 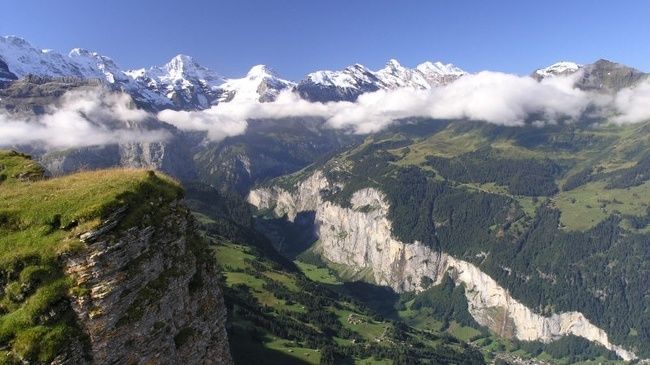 Don’t be disheartened if you’re not a fan of the movies. For fans of the writer, Sarehole Mill, located on the outskirts of Brimingham, was the place where Tolkien spent his childhood and it’s his memories of this area that inspired the Shire and Hobbiton in the books. Another place die-hard fans can visit is the Eagle and Child in Oxford, England, where Tolkien regularly drank and spent time with C.S. Lewis and other writers who were a part of a literary club known as the Inklings. A visit here might inspire the writer within you too! While you’re in Oxford be sure to pay your respects to Tolkien by visiting his grave at the Wolvercote Cemetery. Travel to your heart’s content and remember that ‘not all those who wander are lost’.