Why Mahabalipuram:- Mamallapuram, or Mahabalipuram, is a town on a strip of land between the Bay of Bengal and the Great Salt Lake, in the south Indian state of Tamil Nadu. It’s known for its temples an Hud monuments built by the Pallava dynasty in the 7th and 8th centuries. The seafront Shore Temple comprises 3 ornate granite shrines. Krishna’s Butter Ball is a massive boulder balanced on a small hill near the Ganesha Ratha stone temple.

How to Reach:- From Chennai airport one can avail metro to CMBT Bus stop. From CMBT bus stop there are PRTC AC buses or non AC buses are avaible for Mahabalipuram.

What To Do:- Mahabalipuram is a one day trip. You can visit all the monuments and the most attractive shore temple.

When to visit:- October to March is the best time to visit the place. The weather would be pleasant at that time.

Transport for sightseeing:- For sight seeing autos are available. Max 400 rs will be taken for visiting all the places.

City shopping:- one can go for shopping and the marbles showpieces, candle holder are available those are very attractive.

Mythological story behind the Shore temple:-

As the Shore Temple was initially identified as part of the Seven Pagodas at Mahabalipuram, an ancient Hindu legend referred to the origin of these pagodas in mythical terms. Prince Hiranyakasipu refused to worship the god Vishnu. The prince’s son, Prahlada, loved and was devoted to Vishnu greatly and criticized his father’s lack of faith. Hiranyakasipu banished Prahlada but then relented and allowed him to come home. Father and son quickly began to argue about Vishnu’s nature. When Prahlada stated that Vishnu was present everywhere, including in the walls of their home, his father kicked a pillar. Vishnu emerged from the pillar in the form of a man with a lion’s head, and killed Hiranyakasipu. Prahlada eventually became the king, and had a grandson named Bali. Bali founded Mahabalipuram on this site.

Myths also mention that Gods were jealous of the architectural elegance of the monuments of Mahablipuram, and as a result they caused floods to occur, which submerged most parts of the city, except for a few structures that are seen now.

History of Shore Temple:-
Marco Polo and the European merchants that came to Asia after him called the site Seven Pagodas. One of these is believed to be the Shore Temple. The temple probably acted as a landmark for navigation of their ships. As it appears like a Pagoda, the name became familiar to the seafarers.
This structural temple complex was the culmination of the architectural creations that were initiated by the King Narasimhavarman IIin mid 7th century starting with the Cave temples and the monolithic Rathas. Even though the architectural creation of sculpturing cut-in and cut-out structures continued during subsequent periods, as seen in the Atiranachanda cave, the Pidari rathas and the Tiger cave, the main credit for the architectural elegance of the Shore Temple complex in the category of structural temples goes to the King Rajasimha (700–28 AD), also known as Narasimhavarman II, of the Pallava Dynasty. It is now inferred that this temple complex was the last in a series of temples that seemed to exist in the submerged coastline; this is supported by the appearance of an outline of its sister temples off the coast during the Tsunami of 2004 which struck this coastline.The architecture of the Shore Temple was continued by the Cholas (in the temples that they built) who ruled Tamil Nadu after defeating the Pallavas.

The tsunami of December 2004 that struck the coastline of Coromandel exposed an old collapsed temple built entirely of granite blocks. This has renewed speculation that Mahablaipuram was a part of the Seven Pagodas described in the diaries of Europeans, of which six temples remain submerged in the sea. The tsunami also exposed some ancient rock sculptures of lions, elephants, and peacocks that used to decorate walls and temples during the Pallava period during the 7th and 8th centuries. 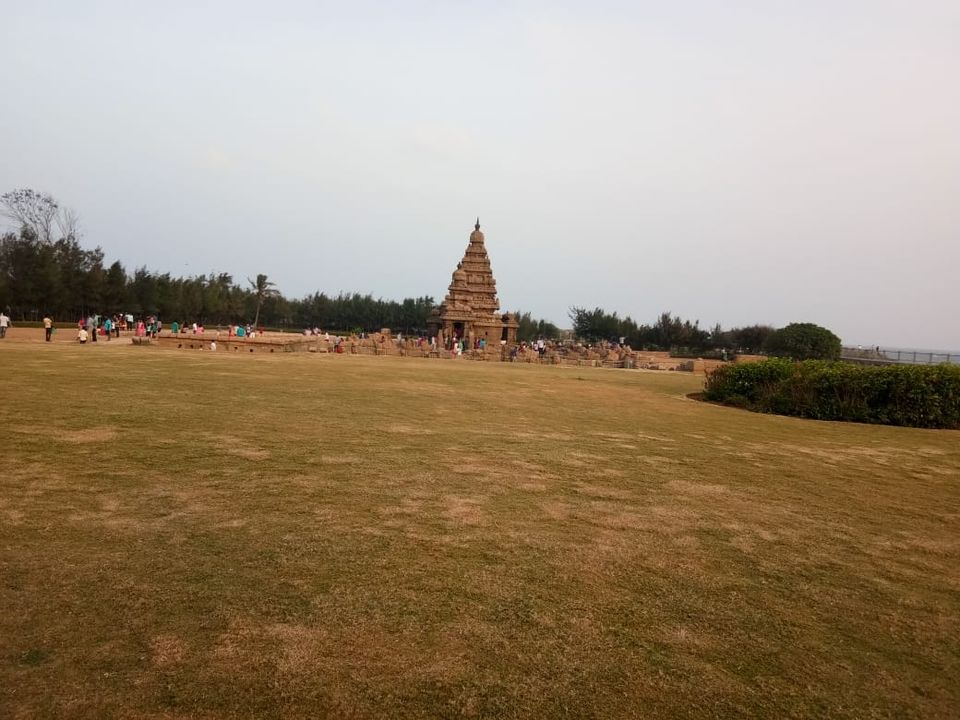 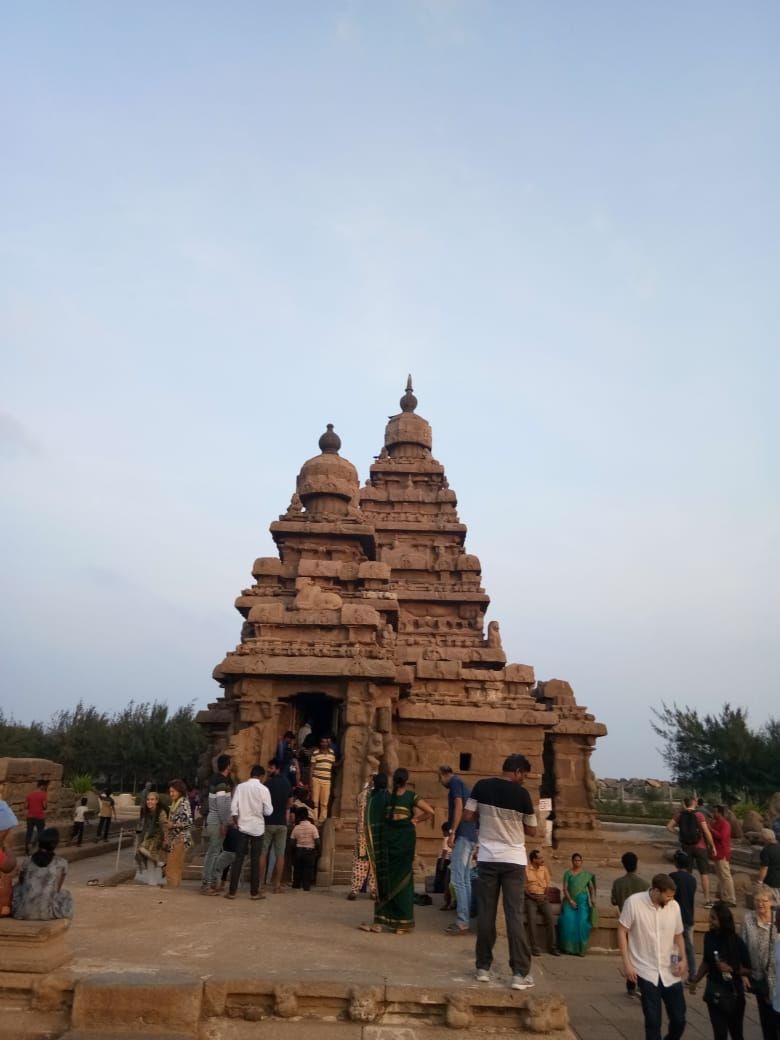 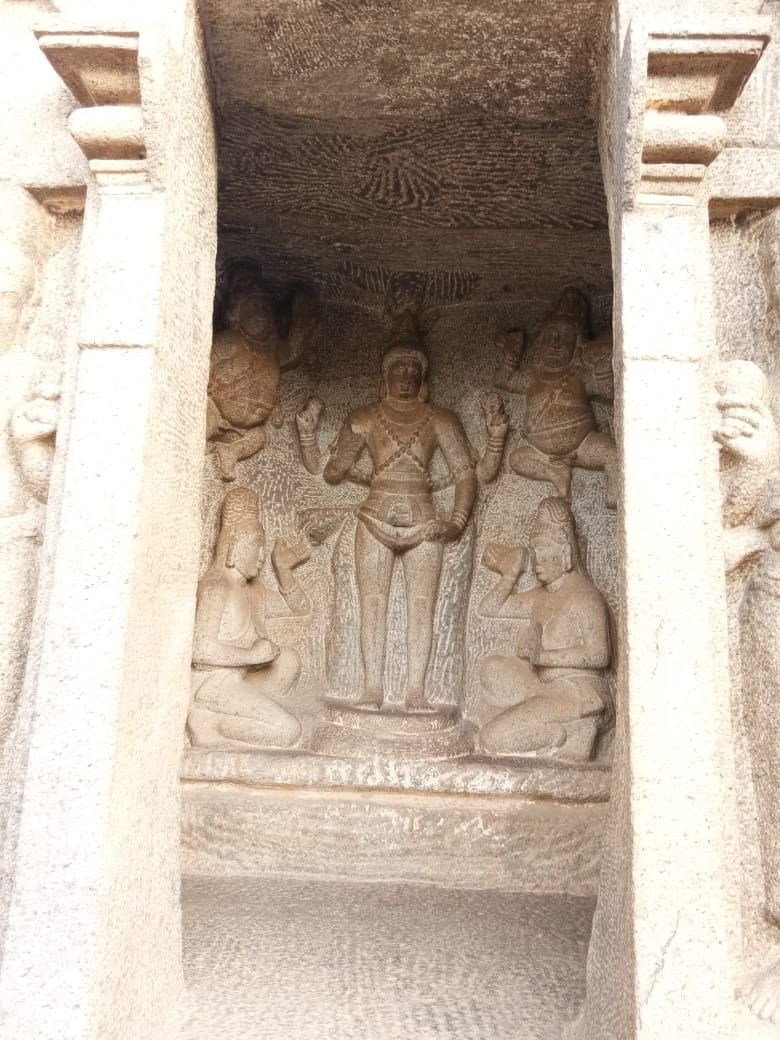 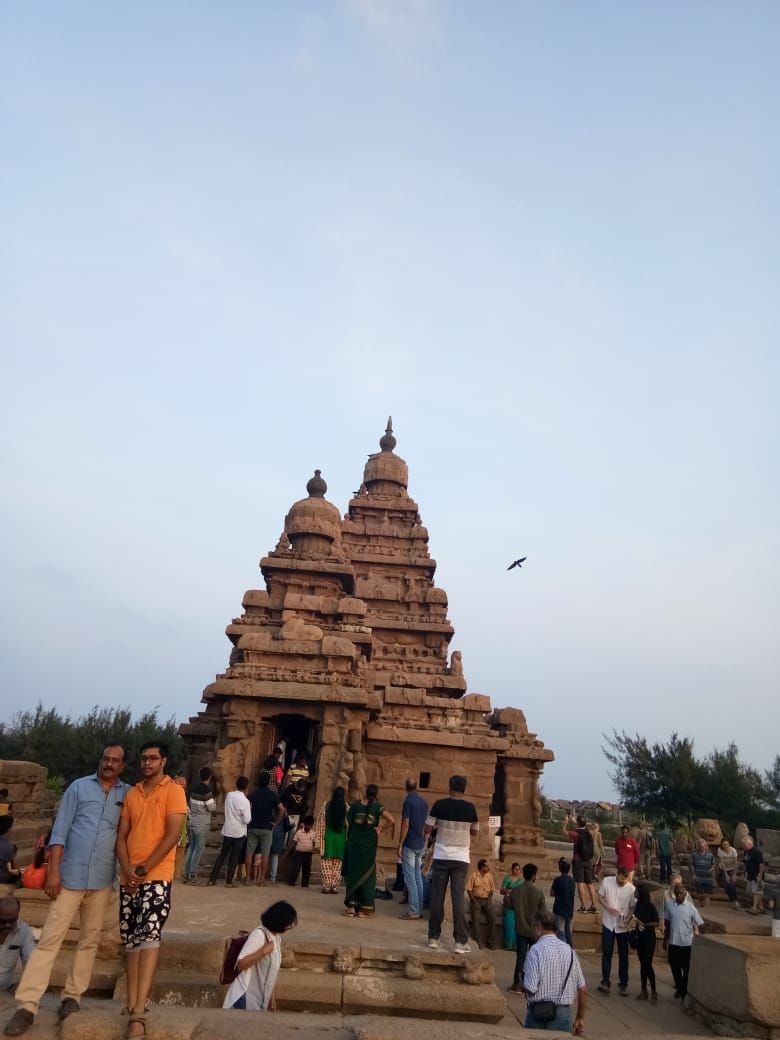 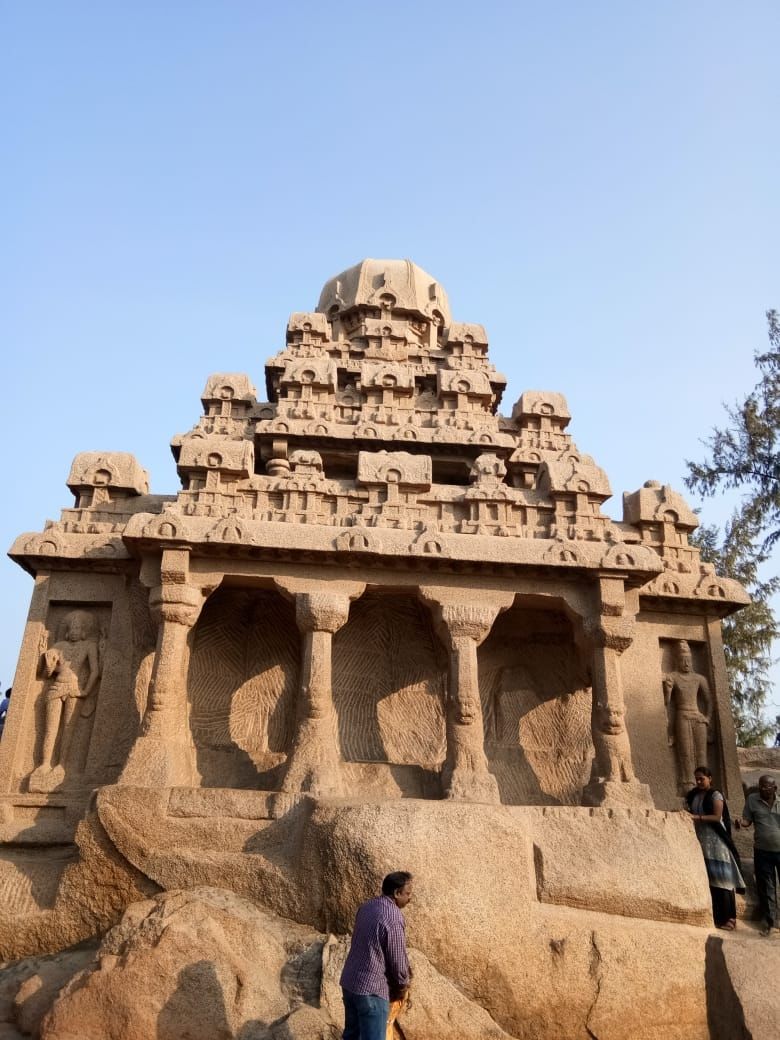 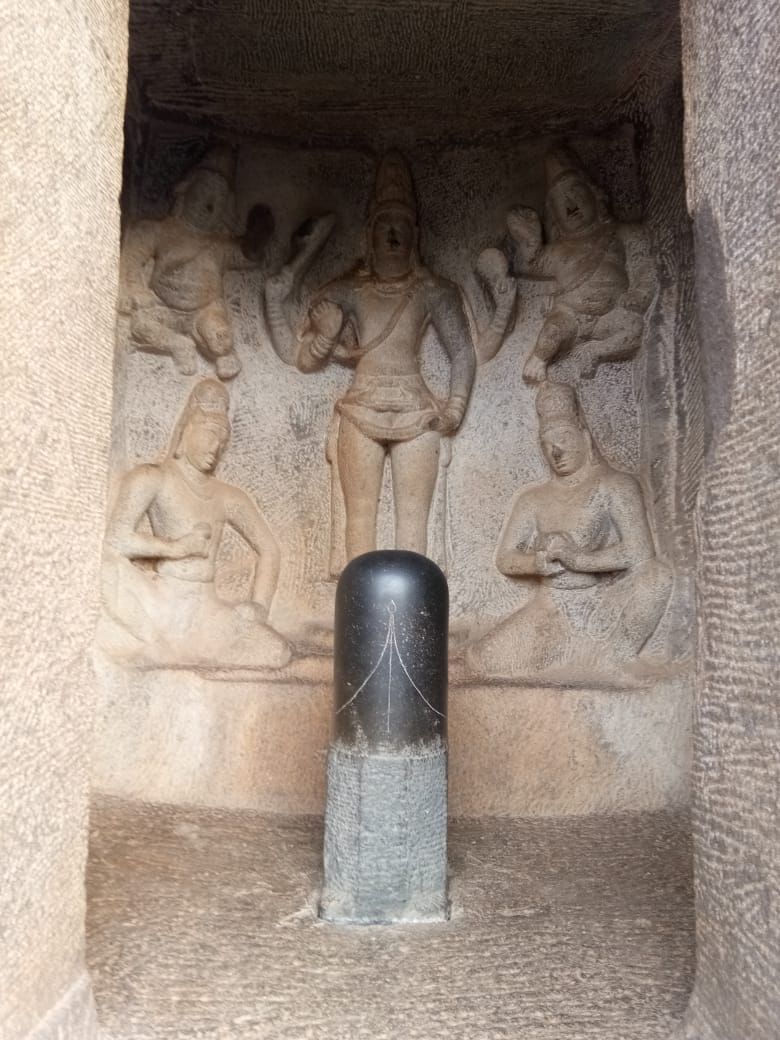 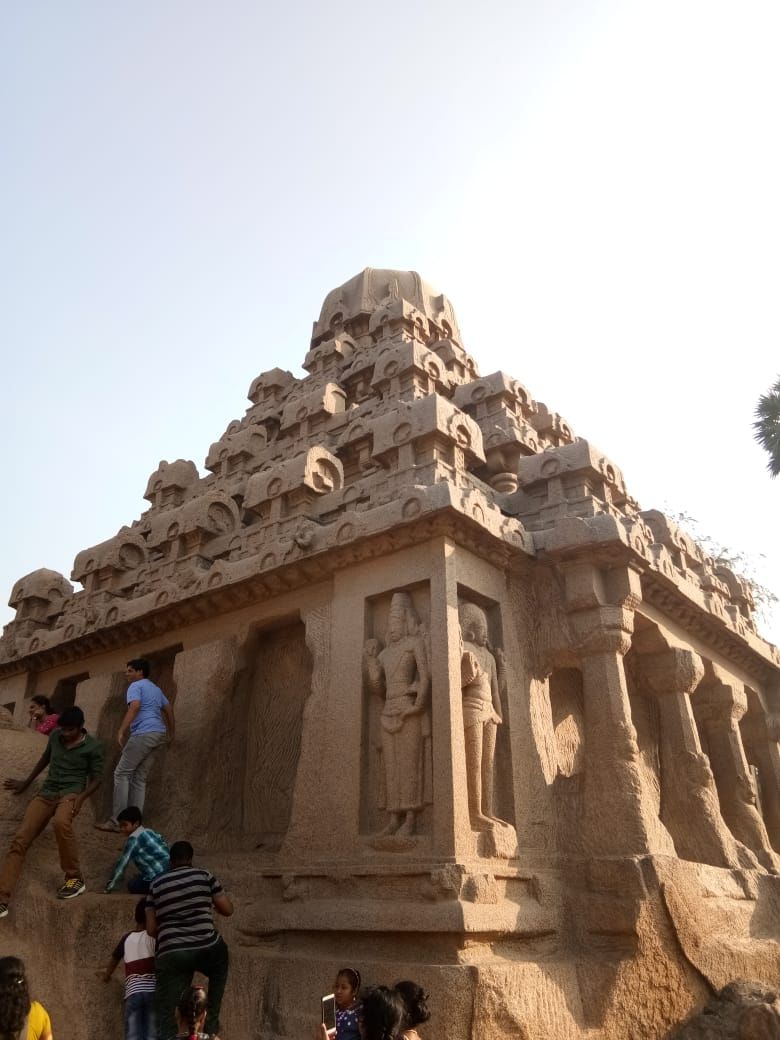 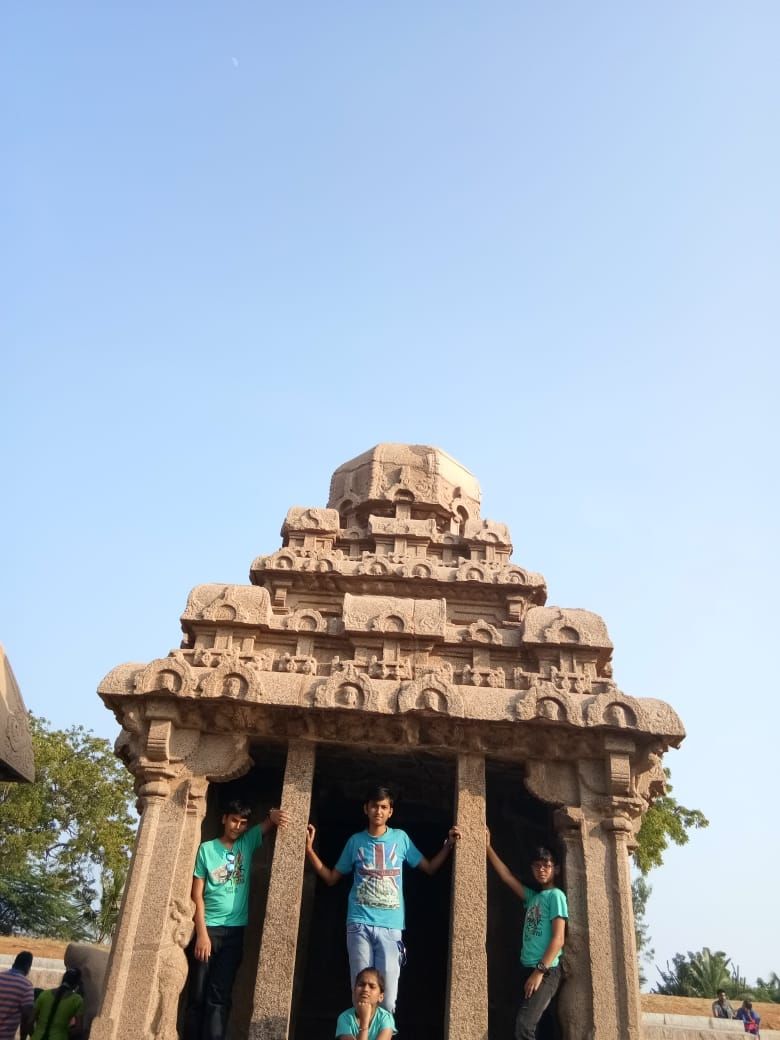 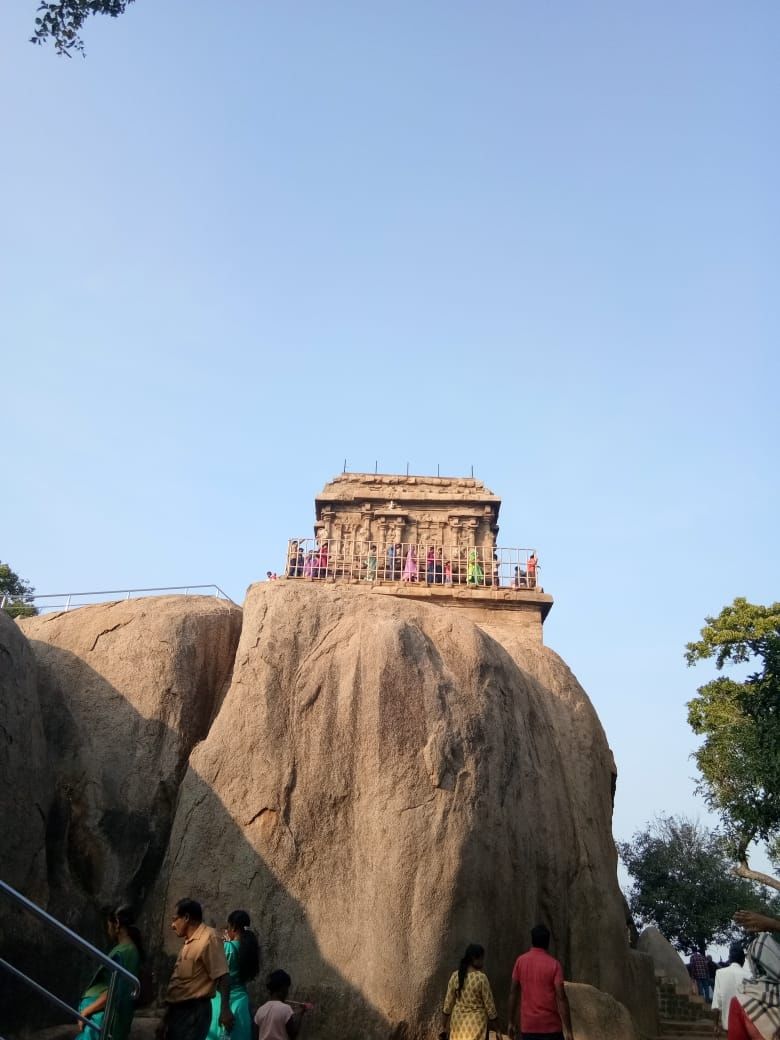 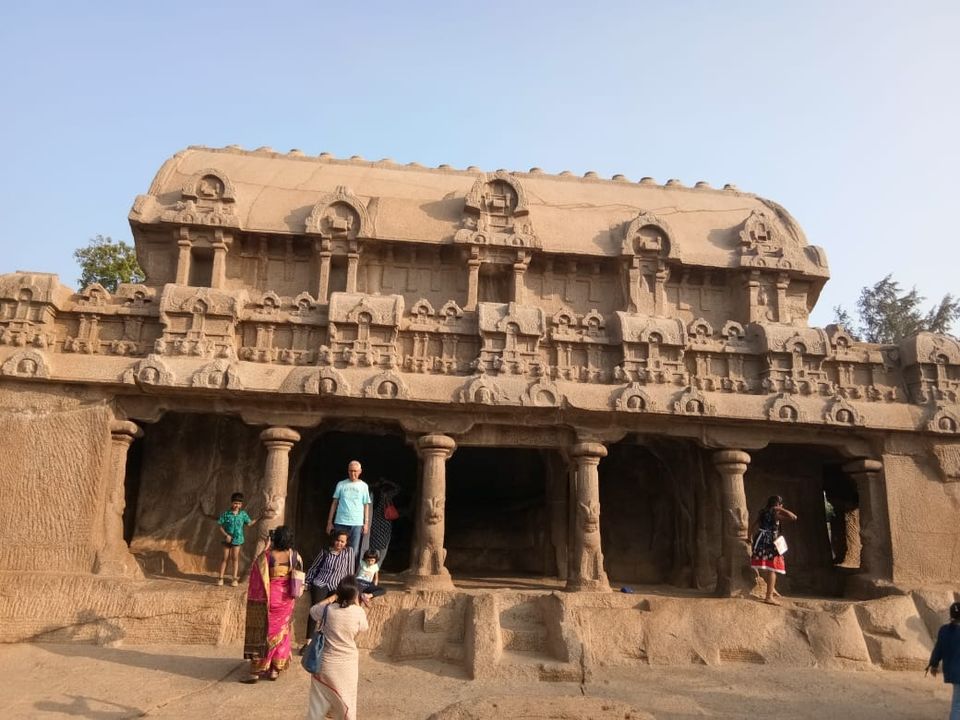 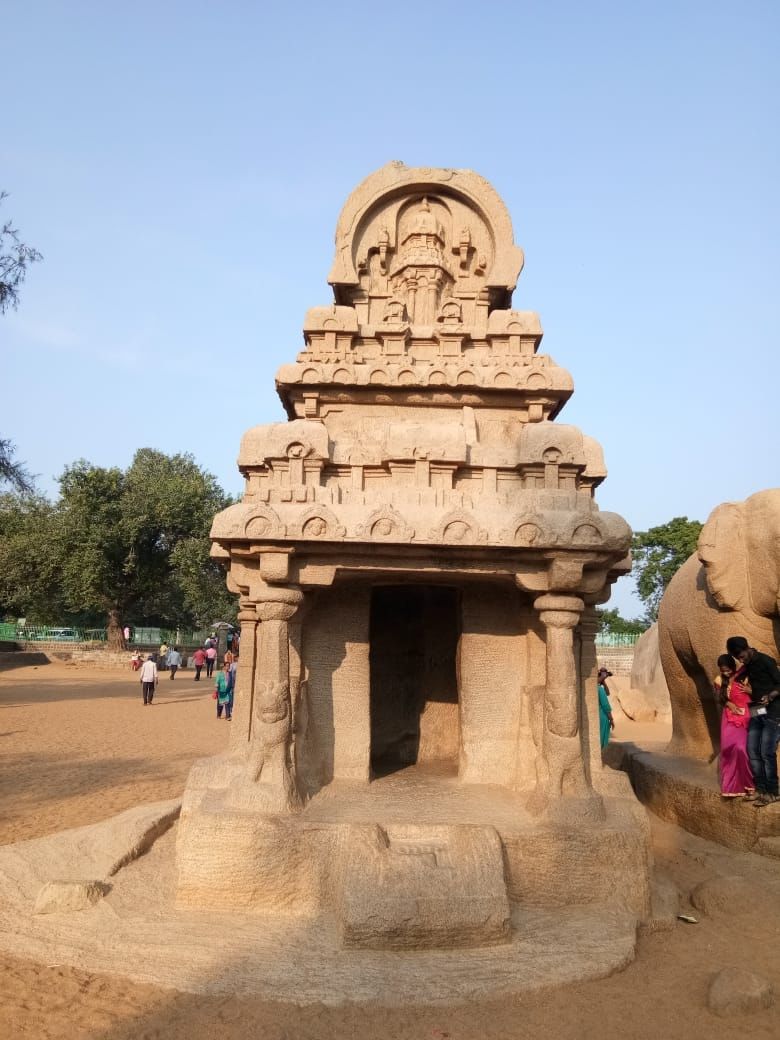 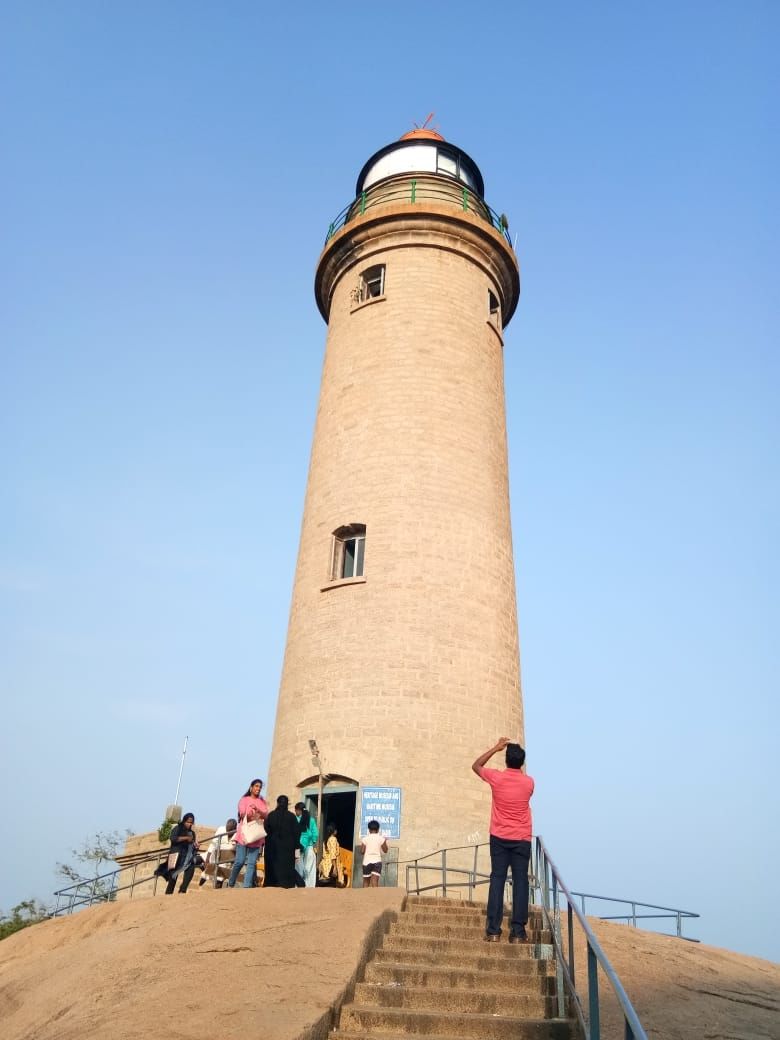 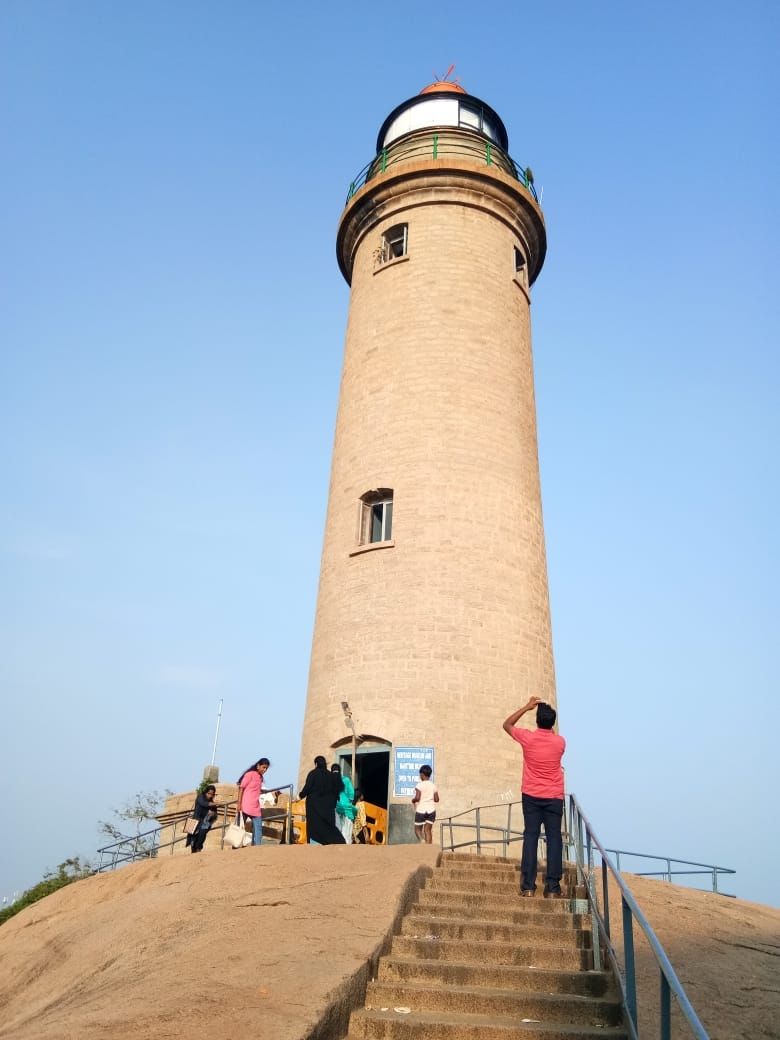 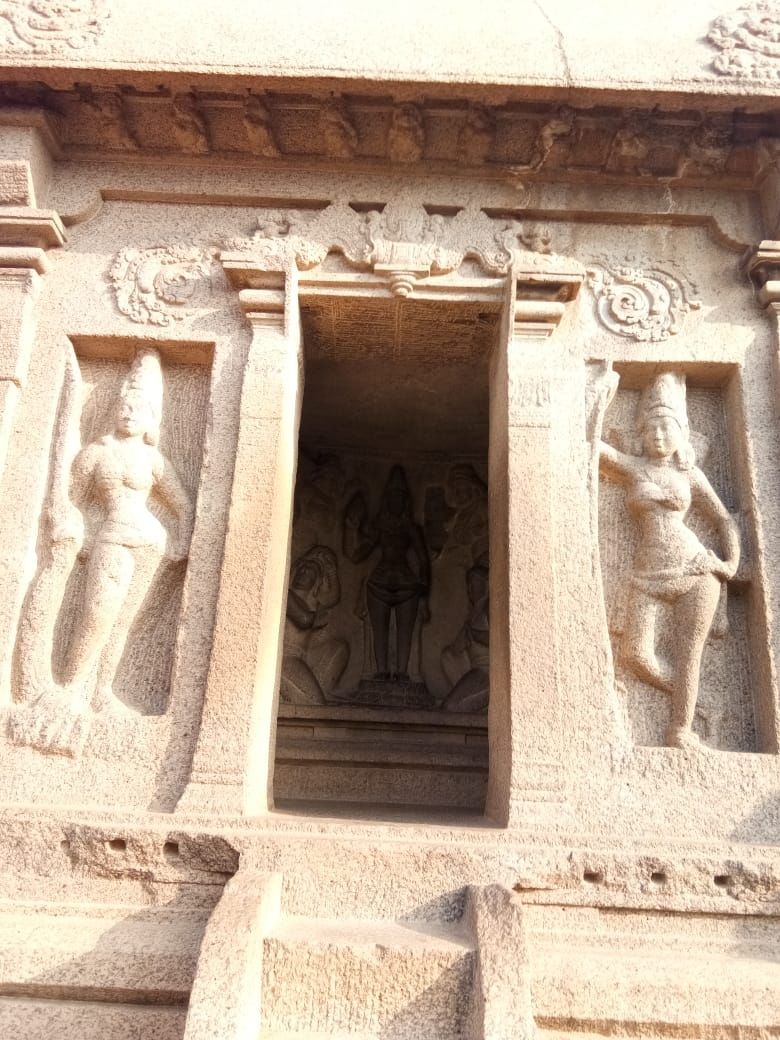 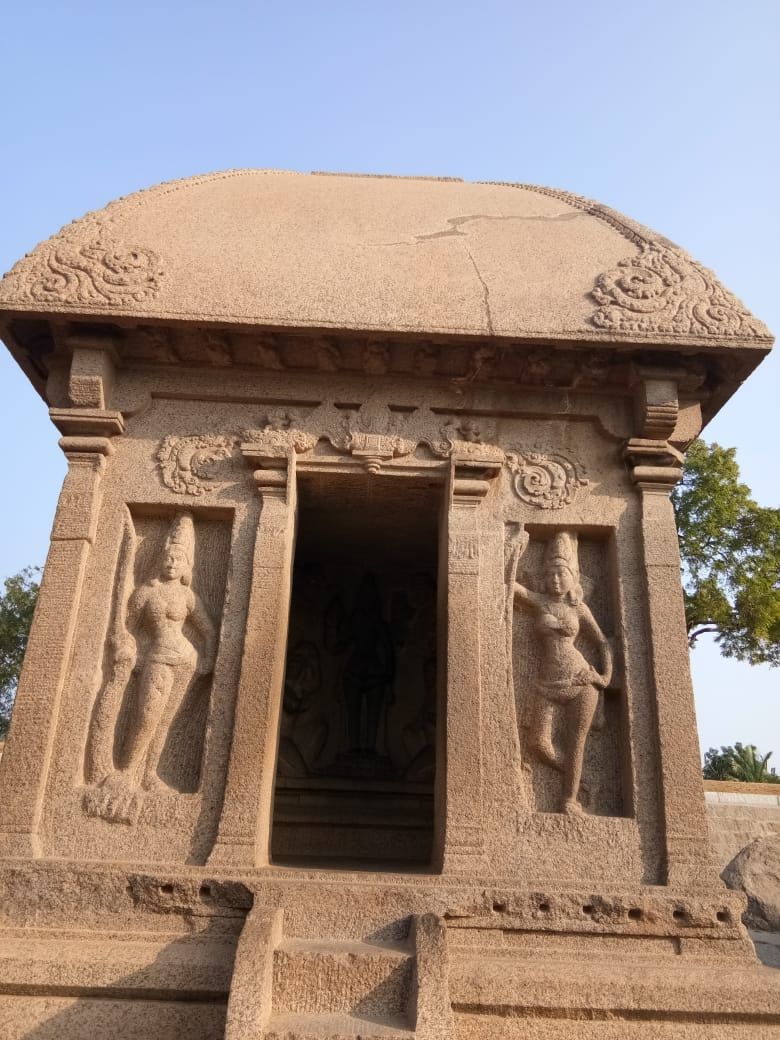 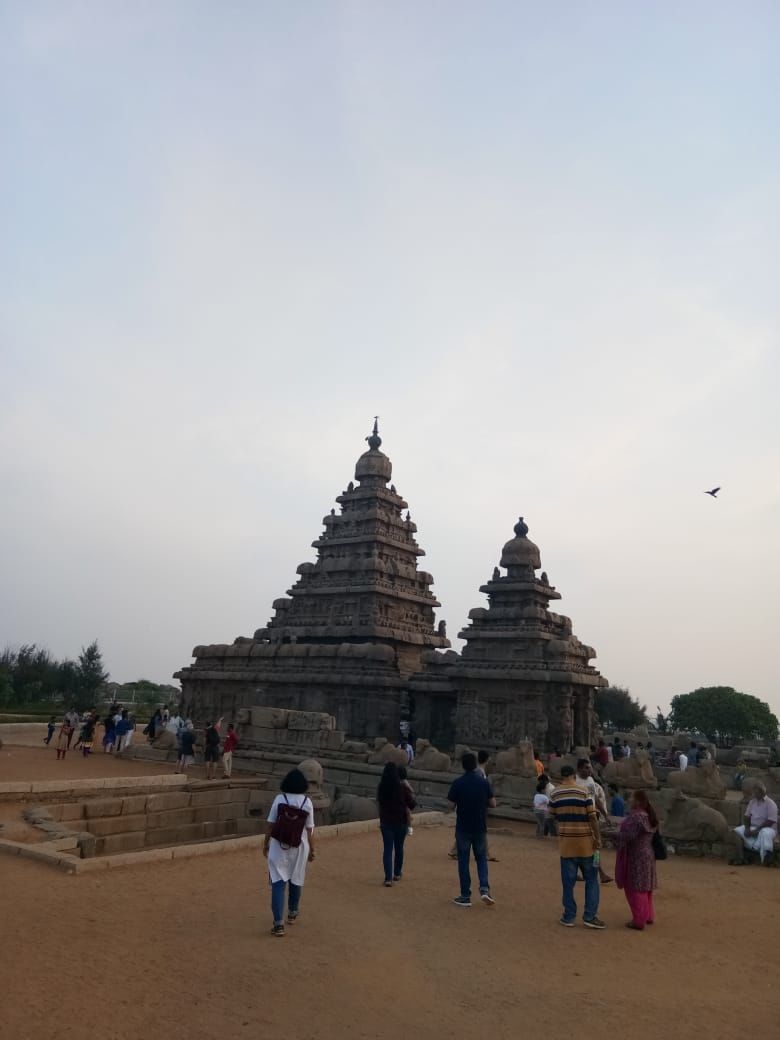 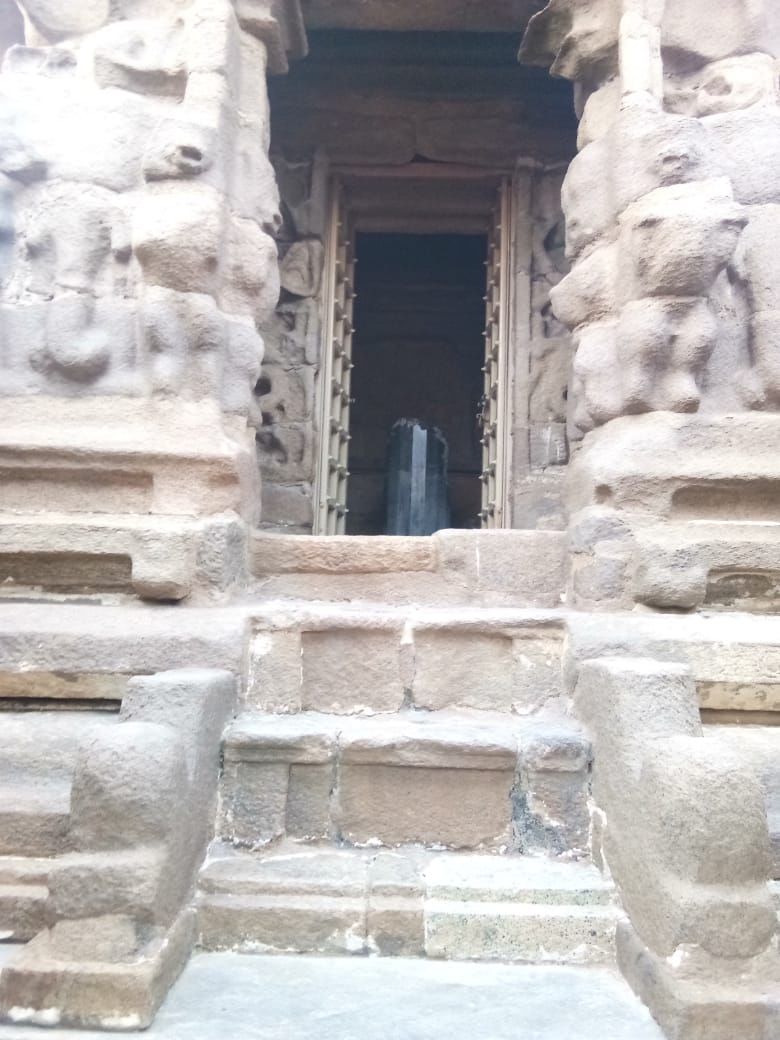 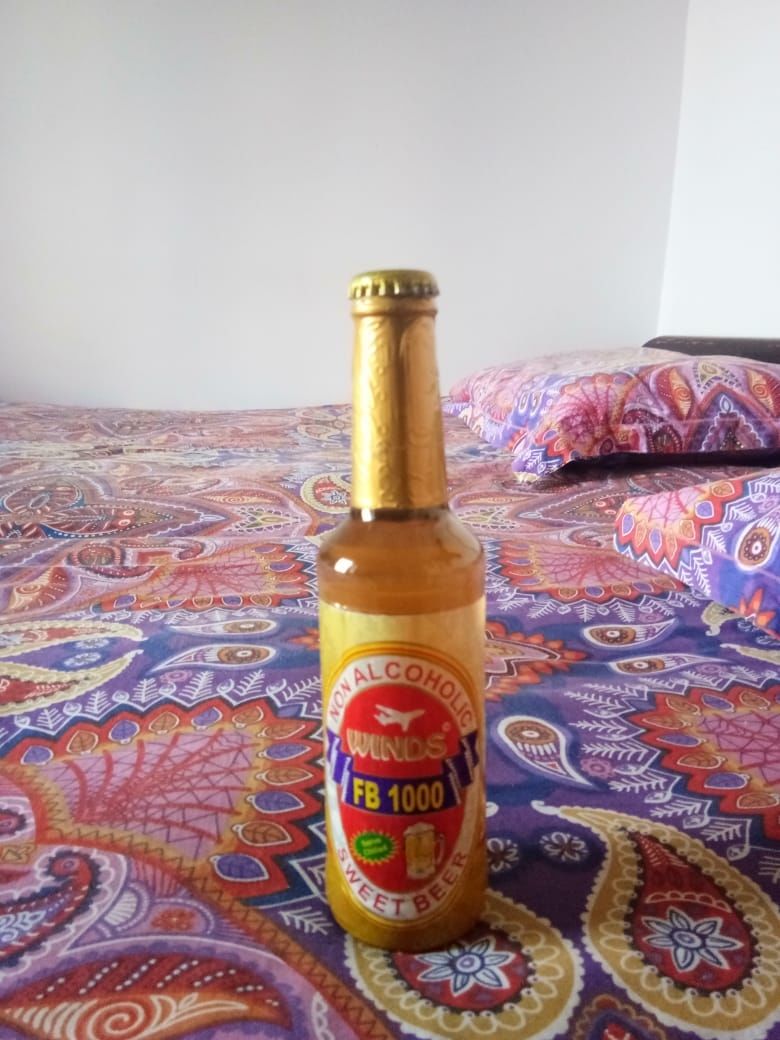