10 places to visit near Bangalore for a day trip

Lepakshi is a small village in Mandal in the Anantapur District of Andhra Pradesh, India. It is culturally and archaeologically significant as it is the location of shrines dedicated to Shiva, Vishnu and Veerabhadra which were built during the Vijayanagara Kings' period (1336–1646). The temples are the location of mural paintings of the Vijayanagara kings and Kannada inscriptions. Near the temple complex is a large granite Nandi bull. On a hillock known as Kurma Saila, "tortoise shaped hill", are other temples to Papanatheswara, Raghunatha, Srirama, and Durga. 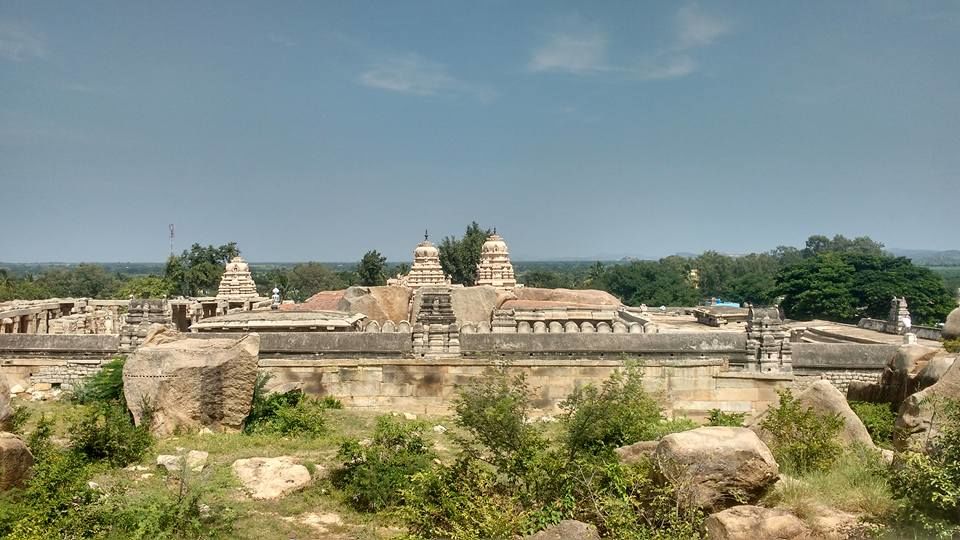 The Sivanasamudra Falls is on the Kaveri River after the river has found its way through the rocks and ravines of the Deccan Plateau and drops off to form waterfalls.[2] The island town of Shivanasamudra divides the river into twin waterfalls. This creates the fourth largest island in the rivers course. A group of ancient temples are located here and there likely was a village.

Yelagiri is a cluster of 14 hamlets lie between four mountains spread over an area of 30 sq km having an altitude of 3500 ft. The tribal people who live here are engaged in agriculture, horticulture, forestry, etc. Orchards, rose gardens and green valleys, surround these hills. 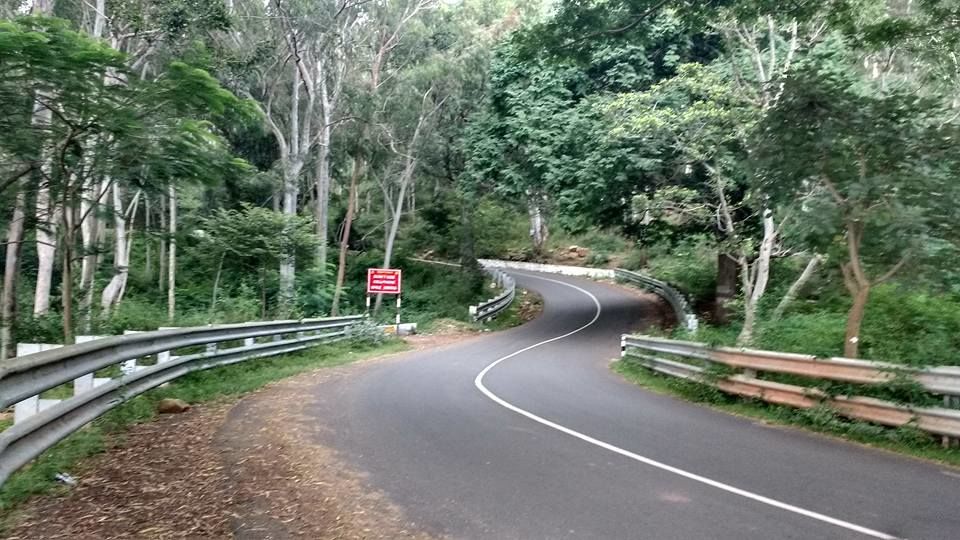 Kotilingeshwara temple is a temple in the village of Kammasandra in Kolar district, Karnataka, India. The presiding deity of the temple is lord Shiva. The temple has one of the largest lingams in the world. 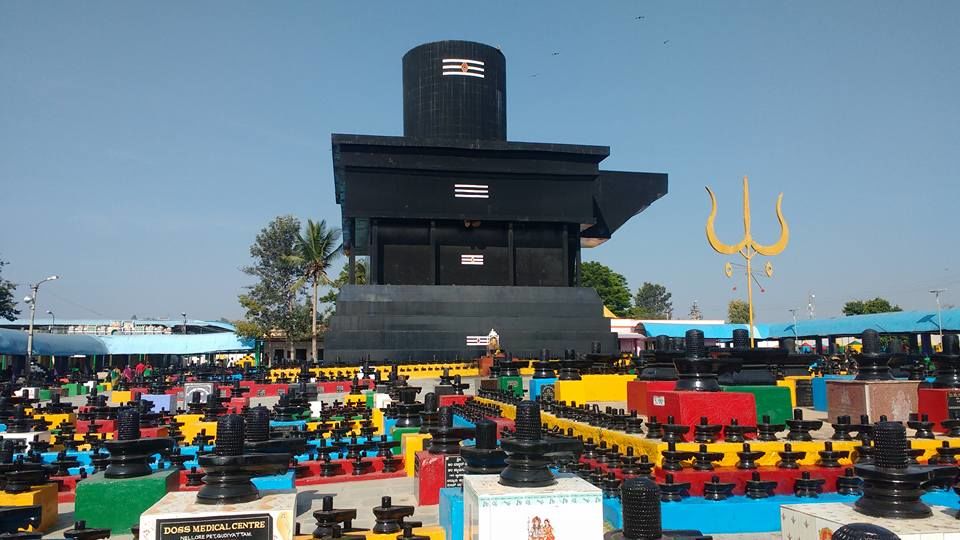 Siddara Betta is one of the most visited places near Madhugiri. Surrounded by rocky hills, temples and caves, the tourist place is located in Tumkur. This place is most visited by trekkers and adventurers as well as pilgrims who come to Siddara Betta for the Shrine of Lord Shiva which is placed inside the caves. 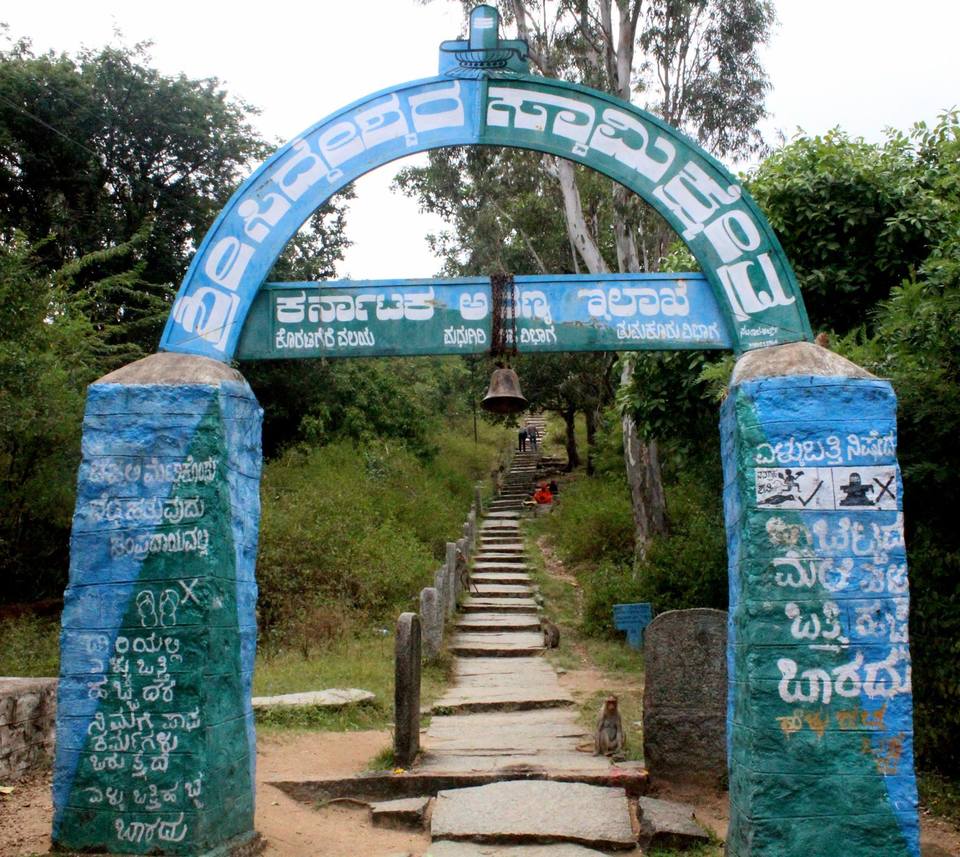 Madhugiri Fort lies in Madhugiri which is in the Tumkur district in the State of Karnataka. Madhugiri is a single hill and the second largest monolith in entire Asia. It is famous for its fort and temples.

Note: Don't forget to carry water bottles with you 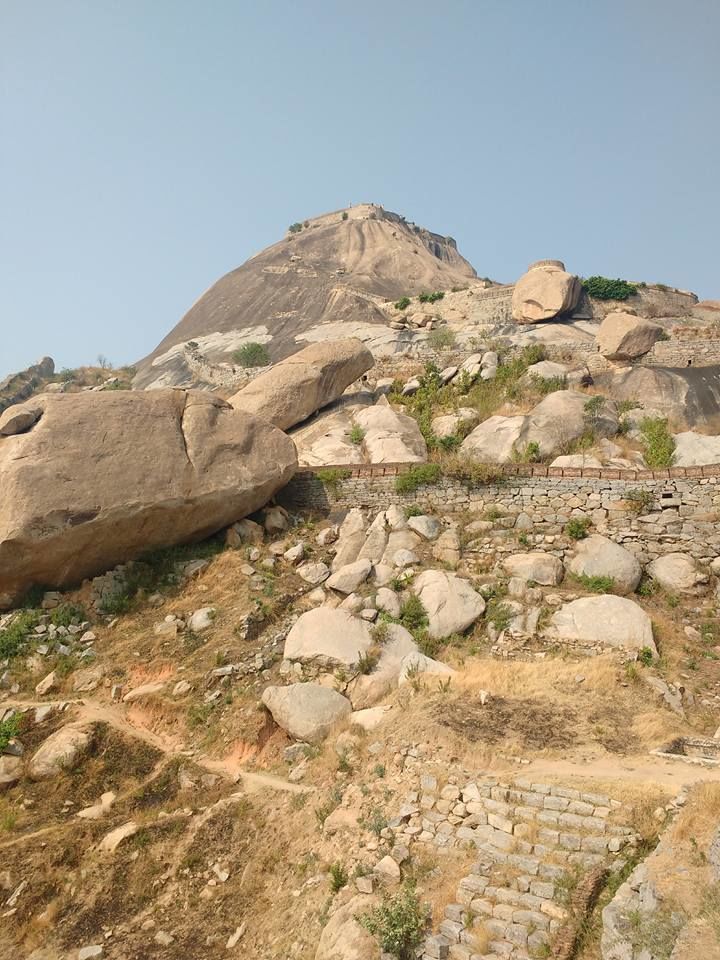 Horesly Hills is a picturesque hamlet in the state of Andhra Pradesh. Situated at an altitude of 4,100 ft this serene hill station is named after W.D. Horsley, the collector of Cuddapah district. It is an ideal summer resort for spending a fascinating vacation. The scenic drive to this mesmerizing hamlet is extremely panoramic and scenic and has thick vegetation of trees lining on both sides of the road. The other major draw for the travelers is the relaxing climate of the Horsley Hills which ranges from 20°C to 32°C even in summers. The hill is lush with dense forest and thick greenness and has a wide variety of trees like Gulmohar, Allamanda, Reeta, Amla, Beedi leaves, Blue Gum, Eucalyptus and Sandalwood. It is also known is Ooty of Andhra Pradesh. 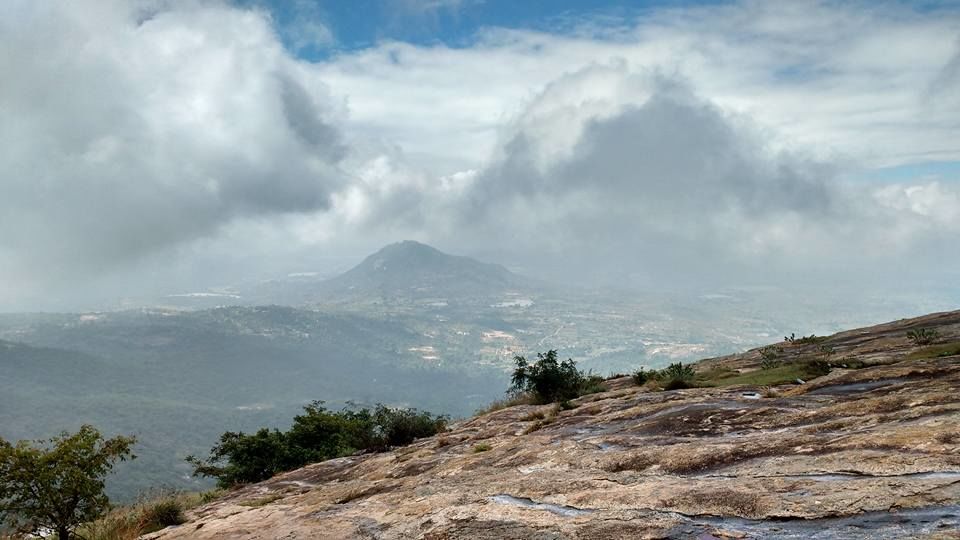 The Biligirirangana Hills also known as B R Hills, is a hill range situated in south-eastern Karnataka, at its border with Tamil Nadu (Erode District) in South India. The area is called Biligiriranganatha Swamy Temple Wildlife Sanctuary or simply BRT Wildlife Sanctuary. It is a protected reserve under the Wildlife Protection Act of 1972. Being at the confluence of the Western Ghats and the Eastern Ghats, the sanctuary is home to eco-systems that are unique to both the mountain ranges. The site was declared a tiger reserve in January 2011 by the Karnataka government, a few months after approval from India's National Tiger Conservation Authority. 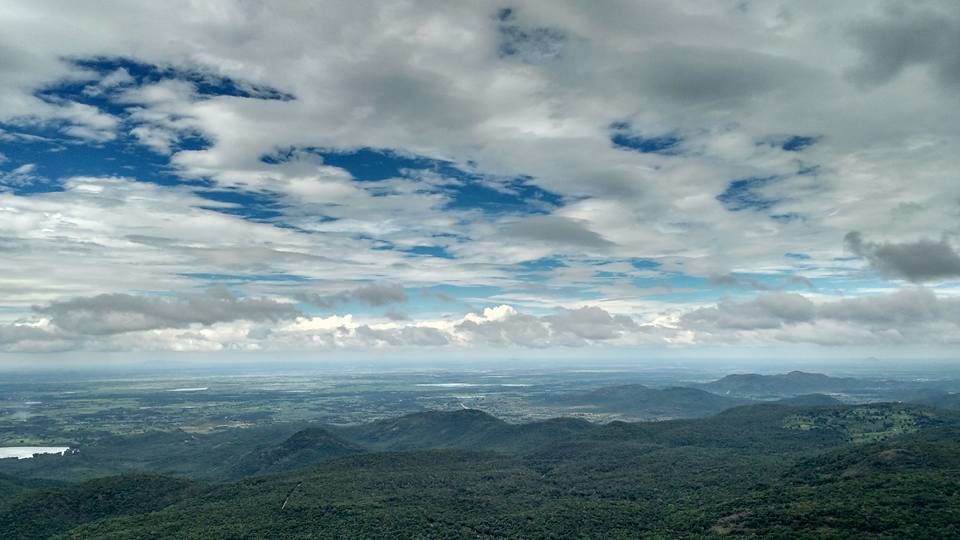 The Gommateshwara statue at Shravanabelagola is one of the most important tirthas (pilgrimage destinations) in Jainism, one that reached a peak in architectural and sculptural activity under the patronage of Western Ganga dynasty of Talakad. Chandragupta Maurya is said to have died here in 298 BCE after he became a Jain monk and assumed an ascetic life style. 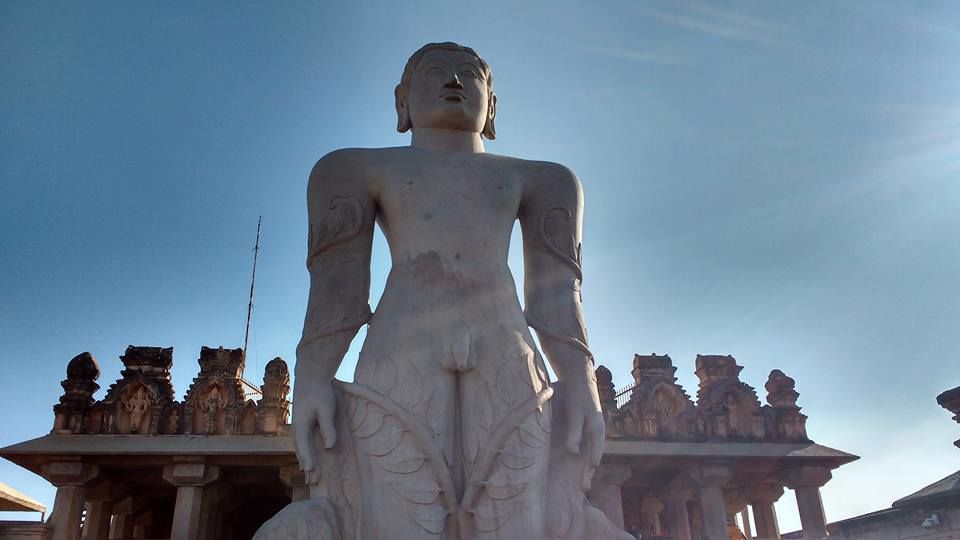 Chitradurga Fort or as the British called it Chitaldoorg, is a fortification that straddles several hills and a peak overlooking a flat valley in the Chitradurga District, Karnataka, India. The fort's name Chitrakaldurga, which means 'picturesque fort' in Kannada, is the namesake of the town Chitradurga and its administrative district.

The fort was built in stages between the 17th and 18th centuries by the dynastic rulers of the region, including the Rashtrakutas, Chalukyas and Hoysalas as well as the Nayakas of Chitradurga, feudal lords in the Vijayanagar Empire. The Nayakas of Chitradurga, or Palegar Nayakas, were most responsible for the expansion of the fort between the 15th and 18th centuries. They were defeated by Hyder Ali at Chitradurga in 1779. Later the fort was expanded and strengthened by Hyder Ali and his son Tippu Sultan,who succeeded Madakari Nayaka V, the last ruler of the Nayaka clan. The fort is built in a series of seven concentric fortification walls with various passages, a citadel, masjid, warehouses for grains and oil, water reservoirs and ancient temples. There are 18 temples in the upper fort and one huge temple in the lower fort. Among these temples the oldest and most interesting is the Hidimbeshwara temple. The masjid was an addition during Hyder Ali’s rule. The fort's many interconnecting tanks were used to harvest rainwater, and the fort was said to never suffer from a water shortage. 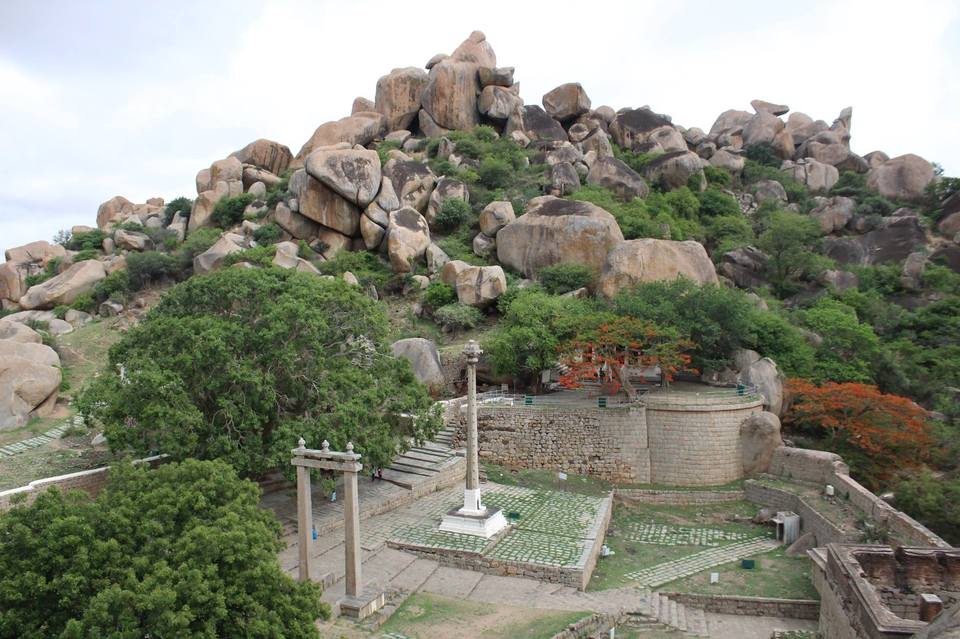