12 must visit INDIAN Destinations in 2016

These 12 Destinations are a Must visit on every travellers List:-

What better way to start the New Year than an Utsav (celebration)! The Rann Utsav is a celebration of life in the Great Rann of Kutch, the largest salt marsh in the world. The event is conducted every year from December to February however it peaks during full moon nights and during Sankranti or the kite flying festival. On a full moon night, the marshes blazes and appears like another world. The Full moon can be experienced on the 22nd, 23rd and 24th January which is the best time to be a part of the Rann Utsav. The government organizes special carnivals with several activities like camel safaris, dances, adventure activities and more. You should not miss the Kala Dungar, the highest point in Kutch, which is a beautiful place to see the sunset and view the entire Rann. You can also visit the Aina Mahal, Vijay Vilas Palace, Mandvi Beach and the Swaminarayan Temple in the nearby region. 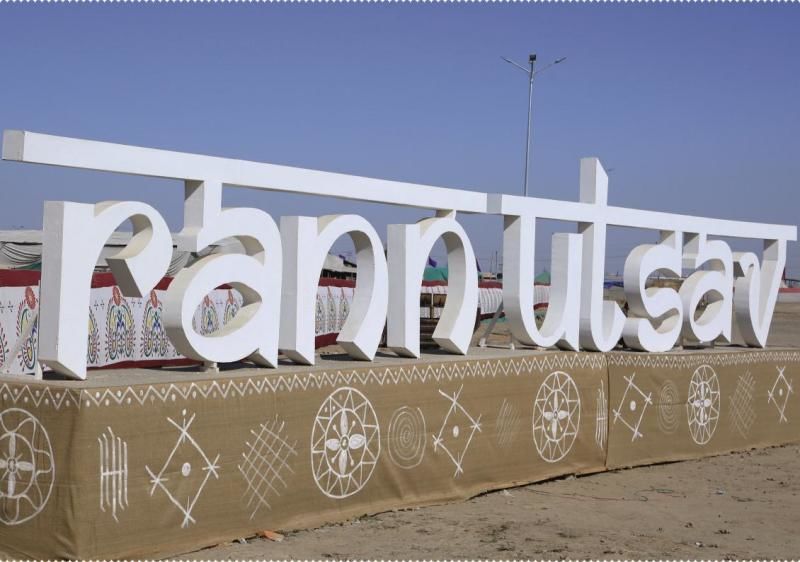 With its beaches, hill stations and backwaters every season is great to visit Kerala however February is a perfect time to visit because it lies in the dry season and the best for sightseeing. Alleppey or Alappuzha is the place to see the backwaters, you can stay on a houseboat and cruise along the canals and enjoy fresh seafood! You can then head to Munnar, the most popular hill station of Kerala and sight the Nilgiri Tahr in the verdant Nilgiri mountains or enjoy a good trek. After that you can head to Cochin to enjoy the beach and also visit the old Jewish synagogue or enthrall in the ancient fishing nets or pay history a visit at the Kochi Fort. 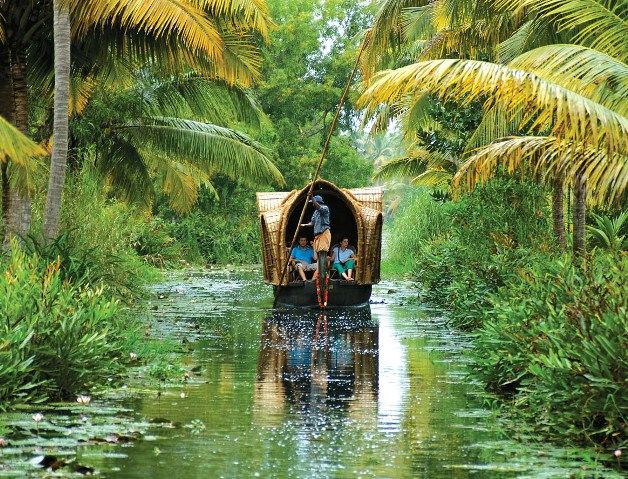 The holy city of Hindus, Benares, is where devotees come to wash their life's sins in the Ganges. It is said that those who are lucky enough to spend their last moments in Varanasi attain salvation or moksha. The morbidity of death aside, Varanasi is the place to attain peace and be one with your soul. It is famous for its bathing ghats on the river Ganges, Manikarnika Ghat, Dashashwamedh Ghat, Panchganga Ghat and Harishchandra Ghat are the well known ghats. Apart from the ghats are the scores of temples along which the most revered is the Kashi Vishwanath temple. You must visit this city to have experienced the aura of one of the world's oldest inhabited cities. 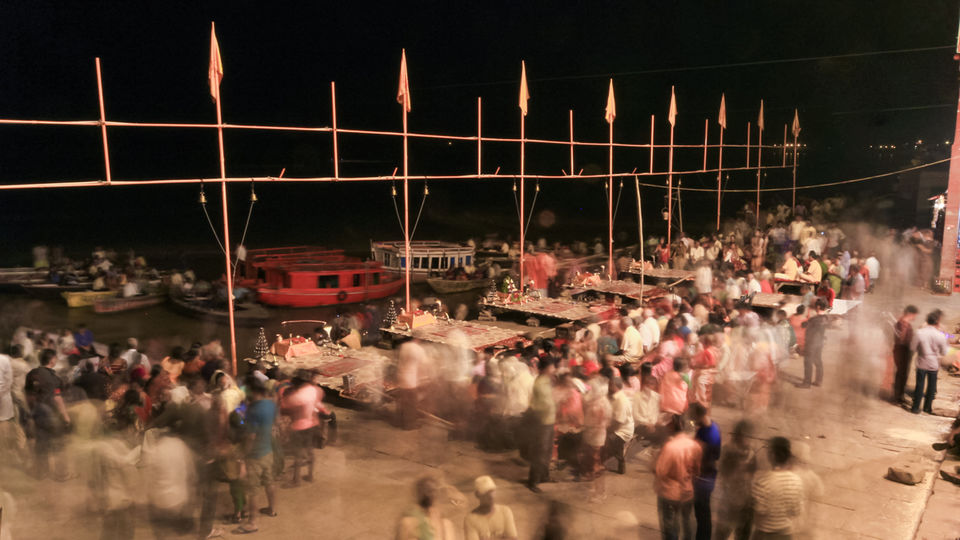 Kashmir, the crown jewel of India, is one of the most conflict ridden places in India and also the most picturesque. In recent times it has regained its glory and the government is taking efforts to promote tourism. You must visit Kashmir in April when the pleasant summer starts and you can enjoy the green valleys, gurgling rivers and the immense expanse of meadows. You must being your trip in Srinagar, the capital of Kashmir, enjoy the shikhara ride in the Dal Lake before moving on to Pahalgam. It is from this place that devotees visit the Amarnath Cave, however it is only at the end of summer that the cave opens for public. Kashmir is endowed with snow clad mountains and pristine lakes and rivers and you can enjoy this in places like Yousmarg, Sonmarg, Tangmarg, Verinag, Aru and Aharbal. 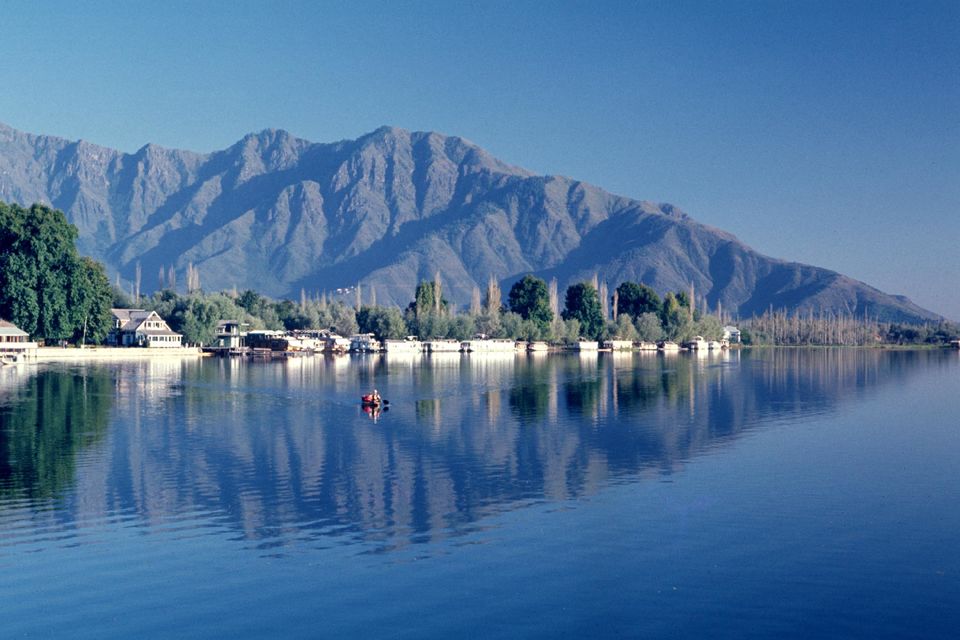 5. May: Sikkim -Landlocked in Himalayas

If you are not a snow person, the best time to visit the Himalayas is in the summer when the mountains come to life after a cold winter. The snow melts to reveal the rich forests and gushing streams and the distant snow peaks make a very pretty picture and you can experience this is Sikkim. The second smallest state in India, Sikkim is home to the mighty Kanchenjunga, the third highest peak in the world. It is very popular as a trekking destination as it covers a variety of terrains. You can go on a sightseeing tour across the capital city Gangtok especially the Rumtek Monastery, Buddhism is widely followed in Sikkim and you will colorful flags all across the state. You can then head to Yuksom, the ancient capital city of Sikkim and on to Pelling to catch a glimpse of the mighty Kanchenjunga.

Karnataka is a state with the maximum diversity of geography with a beautiful coastline, tropical Western ghats and the fertile plains. A great road trip would be to explore Coorg, Mysore and Hampi, the magical feathers in Karnataka's cap! Coorg also known as the Scotland of India has coffee plantations and natural forest alike, with rivers and waterfalls abound it is a great place to cool your heels. Mysore is about 100KM from Coorg and the stately city is one of the cleanest cities in India. Mysore Palace is the place to visit, the grandeur and magnificence of the palace cannot be missed! From Mysore you can head on to Hampi at a distance of 400 KM where the ancient ruins of the erstwhile city are now a UNESCO World Heritage Site. It was the seat of the Vijayanagara Kingdom and the architecture of the buildings and temples is unmatchable.

Unending mountains, clear blue skies, and translucent lakes and winding roads, this is the picture that comes to my mind when you think of Ladakh. Ladakh is a region with the state of Jammu & Kashmir and Leh is the major city. A very strong Buddhist culture is followed in Ladakh and it is home to several monasteries like Thiksey and Hemis Monastery. One of the best ways to explore Ladakh is by motorcycle and you can rent Motorcycles from Manali. Other popular ways are to cycle or trek, however these are for active people as the high altitude can make any activity strenuous! July is the best time to visit Ladakh as the snow would have completely melted showcasing the exotic. You can visit the Shanti Stupa, Leh Palace, Hemis Gompha, Stok palace, Pangong Lake, Magnetic Hill and Tsomoriri Lake on your trip here.

Many epic journeys are done by foot and you can go on one such unique trek to the Zanskar Valley in the Kargil district in Jammu & Kashmir! The highest mountains of Himachal are found in Zanskar where the average elevation is about 6000m. August is the best time to trek here when the weather is moderate and not too cold. With not a soul in sight and the mountains in attention all around you, this trek will make you appreciate the beauty that Zanskar is! You will cross valleys, mountain passes, ice cold rivers and Buddhist sculptures and gompas on this trek.

One of the most overlooked destinations in the Himalayas is Lahaul & Spiti, the largest district in Himachal Pradesh. The district headquarters Keylong is a stopover on the way to Leh from Manali and yet remains quite unexplored by travelers. One of the highest motorable passes at 4550 M is the Kunzum Pass where one can enter the Spiti Valley from Lahaul. From Kunzum at a distance of 20KM is the Chandratal The blue lake waters are so tranquil and the surroundings so serene that the reflection of the mountains on the lake make a surreal image. It is a must visit place on this trip. The other places to visit are Kibber, the highest village in the world with its own motorable road, Kaza, Pin Valley and the ancient village of Tabo.

The end of monsoons opens up the Andaman Islands for travelers to explore the magical paradise. Havelock Island and Baratang Island are the two islands that truly represent the splendor of the Andamans. With white sand beaches, coconut trees and clear waters Havelock is the destination for beach lovers. You can take part in water activities like snorkeling, sea walking and diving to explore the corals. Baratang is lesser explored but has the most unique attractions like the Mud volcano, Mangrove forests, Limestone caves and also the Parrot Island where parrots come to roost in thousands every evening.

Rajasthan, a place fit for the kings! Royalty, breathtaking palaces and forts, fascinating history, captivating desert, sumptuous food, Rajasthan has it all. You must visit Jaipur, Udaipur, Jodhpur for the forts and palaces, and go on a desert safari in Jaisalmer. Then head to the Aravallis hills to Mount Abu, the only hill station in Rajasthan, then onto catching sight of the Tiger in Ranthambore National Park. Winters are the best time to visit with pleasant weather and perfect time to experience the desert state.

All that travel would have exhausted you and it's time to let your hair down, and time for Goa!! The most happening destination in the country come December is Goa, with the celebration of Christmas and the revelry of New Year. A lot of music festivals like Sunburn and other concerts take place in Goa during the year end and you should definitely attend one. Check out the Christmas carnival and parade in Panaji before digging into the sumptuous Christmas meal in Goan style. Beach hop across the stunning beaches of Vagator, Anjuna, Baga, Calangute and Cavelossim and relax and recoup before facing the New Year.