The Beatles Ashram or Maharishi Mahesh Yogi ashram (locally known as Chaurasi kutia ashram)is one of the best places to visit in Rishikesh. It is placed on the bank of the Holy river the Ganges and it lies within the range of beautiful Rajaji National Park of Uttarakhand. 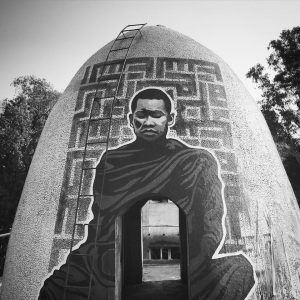 Earlier, this place was one of the best ashrams in Rishikesh where people from all over the world comes to obtain peace by learning Yoga and Meditation under the famous guru Maharishi Mahesh Yogi. This place has turned from a Yoga learning Center to a Tourist Place.

Before knowing the place let's take a quick view on, Who are these " The Beatles" and " Maharishi Mahesh Yogi "? 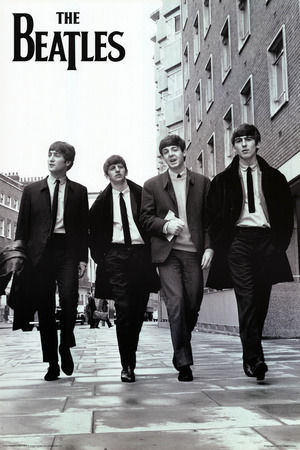 The Beatles band is one of the best English Musical Band. Those people who are the music lovers they definitely have heard the name of "John Lennon". John Lennon was the famous Singer and Songwriter.co-founded the Beatles band along with the Paul McCarteny.

He co-founded the Beatles band along with the Paul McCarteny.

Who is Maharishi Mahesh Yogi?

Maharishi Mahesh Yogi was one of the best yoga gurus that India ever had. He was the person who developed the Transcendental Meditation technique.

According to Wikipedia, In his entire life, Maharishi Mahesh yogi has trained over 40,000 Teachers and has taught over 5 million people.

Sri Sri Ravi Shankar a famous Spiritual Leader is one of his students. He was the guru of famous Musical bands The Beatles and The Beach Boys.

Confrontation of Maharishi Mahesh Yogi and The Beatles

In February 1968, The Beatles traveled to Rishikesh for a three-month course of Transcendental Meditation (TM) Yoga Teacher Training in India to attain peace. They wrote many songs over there.

One of the hit songs was " Sexy Sadie "

Well, there is a story behind this song. John Lennon alleged that the Maharishi had made sexual advances to women attendees, so left out the course within just two months in a precipitous manner. Later on, he wrote a caustic song titled " Maharishi " to let his feelings and after sometimes renamed it to "Sexy Sadie" to avoid legal issues.

In 1997 this famous ashram got deserted. Recently on 8 December 2015 on the anniversary of John Lennon, Uttarakhand's Forest Department reopened this Beatles ashram and turns it into a Tourist place.

5 reasons to visit the Beatles Ashram -

If you are a painting lovers then this is one of the best places to visit. You will get Amazing Wall Painting. From the paintings of famous spiritual leader Dalai Lama to peacemaker Mahatma Gandhi, you will get the creative paintings and quotes over there. All the paintings are painted by the various artists of the world under the community The Beatles Cathedral Gallery. 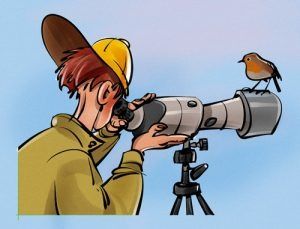 Which people did the graffiti artwork in Beatle's Ashram, Rishikesh?

One of the main reasons why Beatles Ashram is famous is because of its Graffiti artwork.

Here is the Artist Name's and Facebook links of their Profile/Pages. Check out their Artwork. These guys are Awesome artists.

Well If you are planning to this place then keep in mind that the Beatles ashram entry fee is Rs 150 for Indians and Rs 600 for foreigners.

Directions for the Beatles ashram in Rishikesh-

Beatles ashram or Maharishi Mahesh Yogi ashram is situated in the Swargasharm area in Ram Jhula.

From Ram Jhula walks towards the Geeta Bhavan or Parmarth Niketan Ashram. After walking some distance (2 km approx.) you'll reach the end side of the Road and you'll see a Big old gate and that's the Gate of Beatles ashram.

The chain for Reaching the Beatles Ashram is -

This ashram is 2 km far from the Ram Jhula Bridge and 8 km from Rishikesh.

This post was originally published on The Himalayan Guy.