Punjab Travel GuidePunjab TripsFrom Domestic Violence To World Record: This Single Mother From Punjab Should Be Your Inspiration

From Domestic Violence to World Record: This Single Mother From Punjab Should Be Your Inspiration

Some stories are intriguing, some might even inspire you but every once in a while you come across a story that somehow defeats every parable of through its sincere originality.

Moksha Jetley is a fearless and passionate woman who lived through a life of hard and strong choices, unapologetically. And now at the age of 53 she is an inspiration for anyone who comes across her or her story. 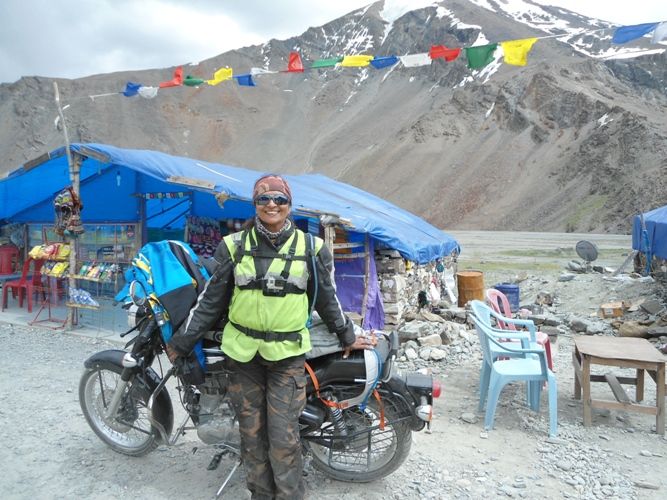 Hailing from the Hoshiarpur district of Punjab, Moksha Jetley was married young and soon found herself with a child. But after a physical confrontation with her mother-in-law over the "demand" of a grandson (instead of the daughter she already had), Moksha and her daughter escaped the clutches of patriarchy.

The life followed was not easy. As she puts,

"That time in Chandigarh taught me that a woman trying to earn her living all by herself was a concept men didn't have the easiest time wrapping their heads around. Not that I had any regrets." 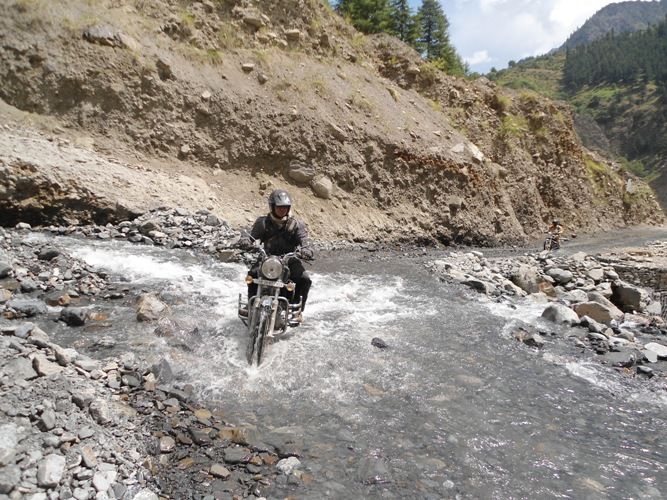 She drew motivation and courage from obstacles, and waged a silent war against everyone who put her down.

"It was just amazing to see so much subconscious retaliation-that surfaced in the form of reprimand, casual comments that were supposed to belittle me and disbelief-by the men (and some women) around me."

But when she was done "complying (and relishing) her motherly duties", Jetley's passion took her life on a path of thrill and adventure. She decided to pay attention to the dusted-under-the-carpet hobbies that were gnawing at her conscience.

Riding being the foremost.

Now, Moksha Jetley's life at 53 is both fulfilling and curious.

"It's been seven years since I've been organising biking tours for foreign tourists who share my love for adventure. Though we tour the Himalayas mostly, I've done expeditions from Kanyakumari to Leh-with my loyal friend, the Royal Enfield 350." 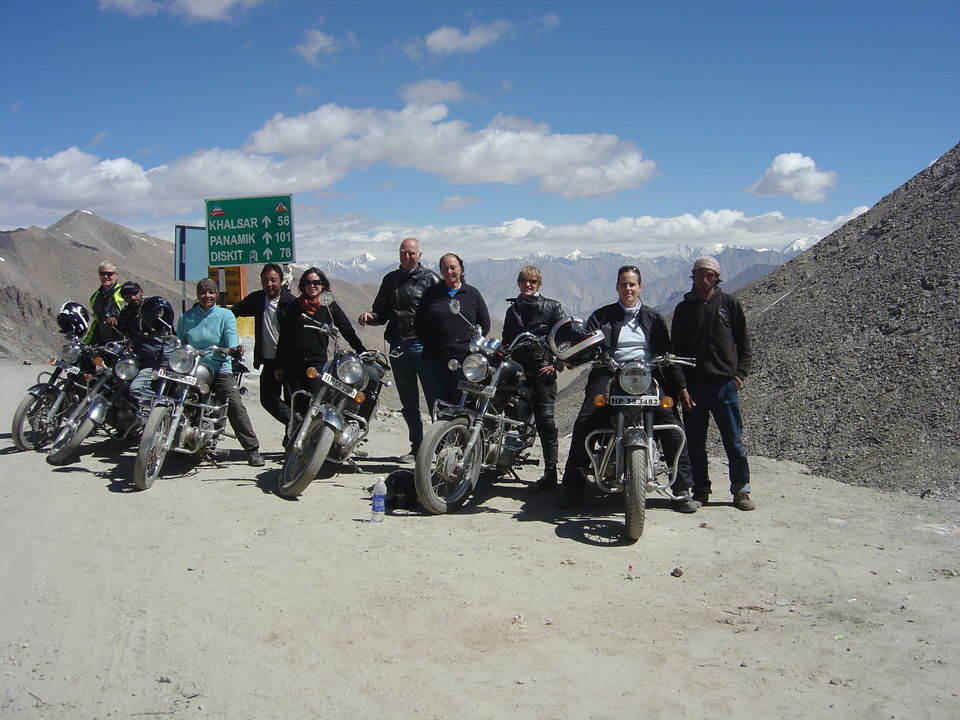 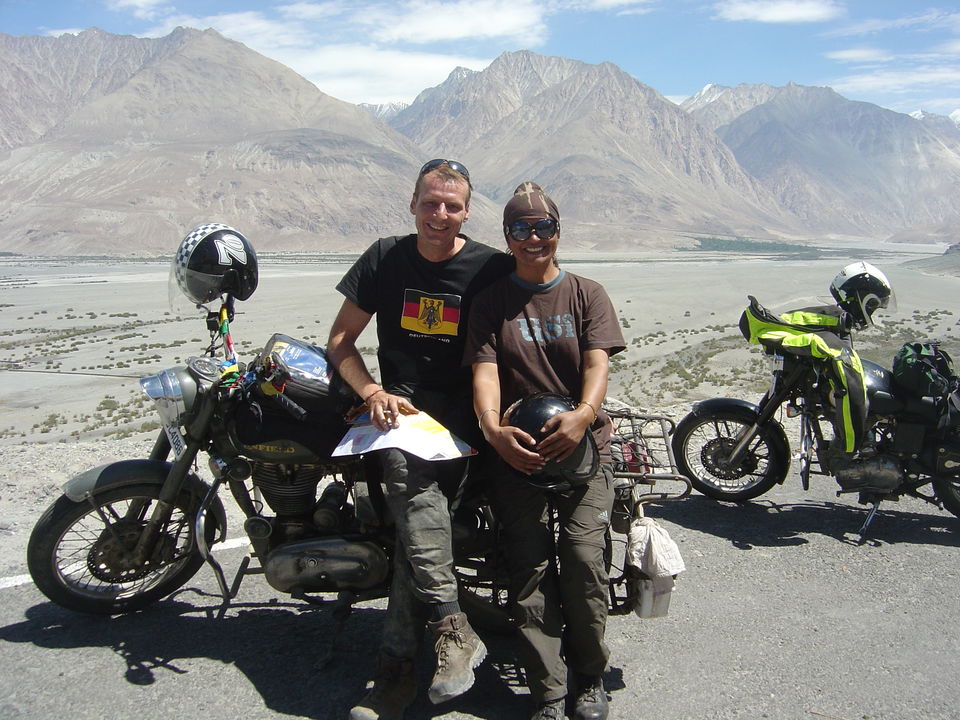 And if you are doubting her grip on the handlebar then check this out,

"In fact, Limca Book of Records stands proof of the fact that I am the first woman biker to have completed the Leh-Manali strip in 20 hours and 20 minutes." 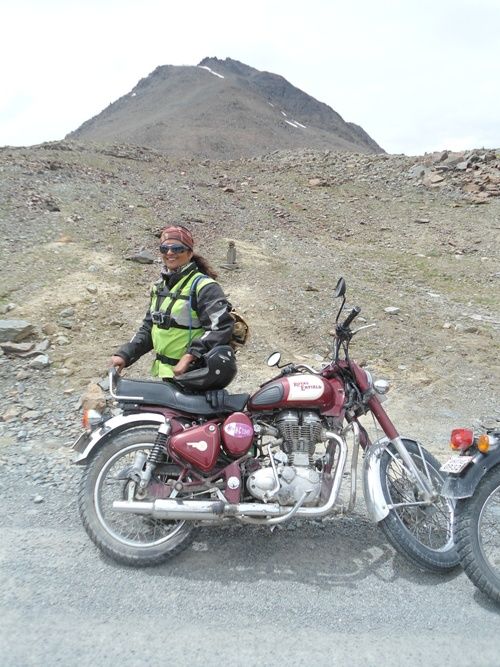 Despite being an adventurer in the essence of the word and smashing patriarchy with a handlebar, Moksha Jetley is not overcome by pride.

"I'm not here to brag about my life or how I've "made it despite being a single mother".

Her message for women is of self sustenance and romancing your passions despite adversities.

"I'm here to tell you that you are your entire world. Though we all look for companionship, I don't know why we are lead to believe that only a man can provide us with that and make our life "whole". Find what completes you and stick to it-in my case it was Prachi and my passion." 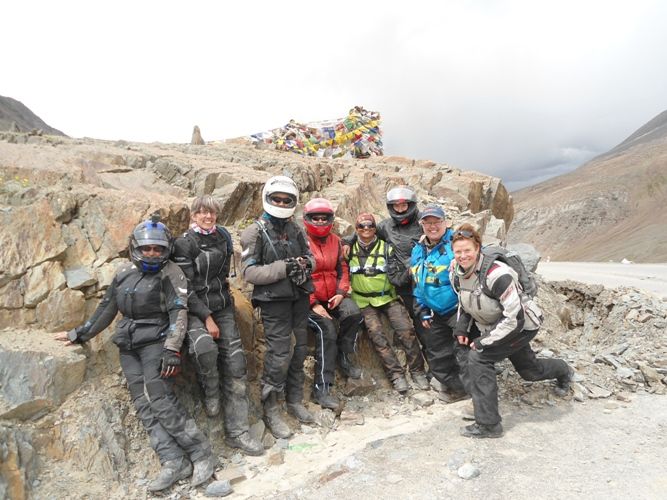 Finally, few words which will give you motivation not just to hit the road, but to hit your life with a renewed passion and will.

"It is not going to be easy, but a few years down the line, when your endurance becomes your best friend, you'd know you've arrived." 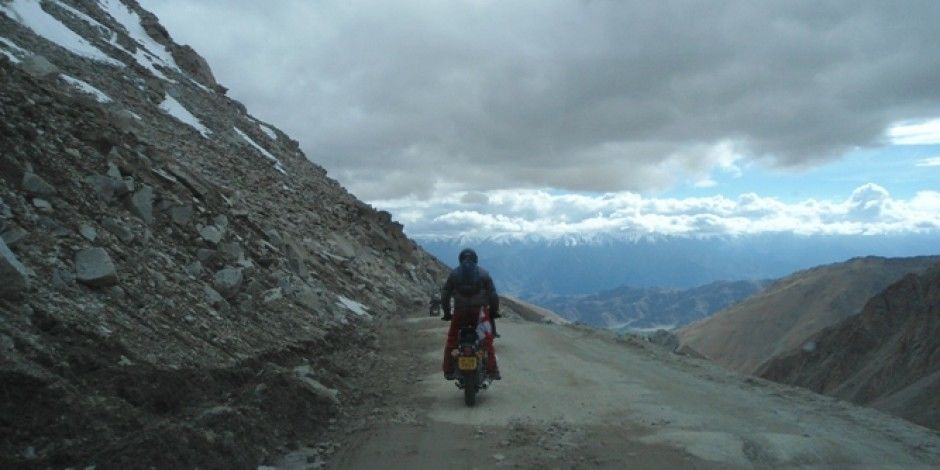 All pictures are from Bike 'N' Beyond.

The story was originally published on India Today.