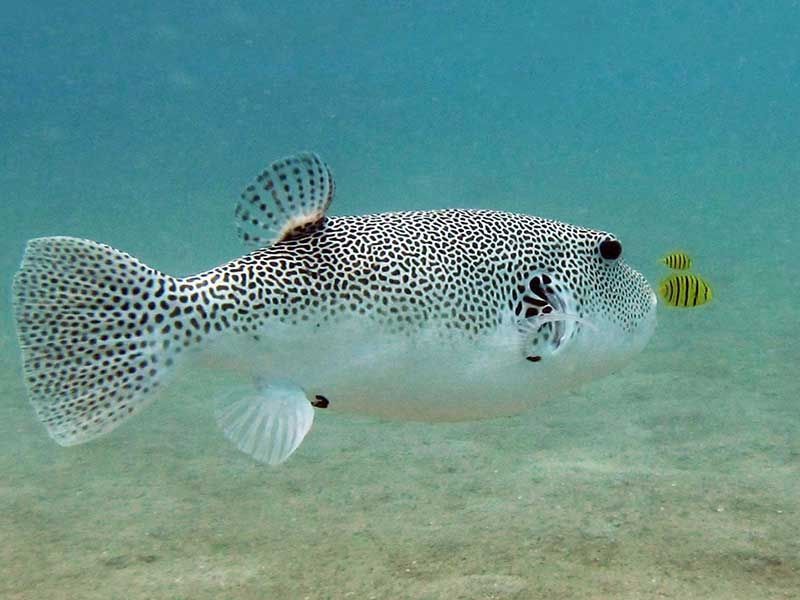 We talk about the forests and wildlife sanctuaries in India but many of us are not aware that there are exotic marine national parks in India which are worthy of a visit. These parks host an innumerable number of marine species, some of which are rare. You can learn about their different variants, their food habits, survival techniques and their habitat. They are perfect for marine life lovers, an opportunity to deep dive into the admirable bio-diversity that exists in these marine national parks in India. If you are an ardent wildlife admirer, then you must not wait long. Just plan out a tour to any of these fabulous destinations and enjoy the exclusivity of each of them

Gulf of Kutch is a prominent sightseeing spot in Gujarat (western India). It is the place to own the first Marine National Park in India. Spread across a massive area of 163 sq km, it is well protected and maintained. The Gulf is essentially a conglomerate of 42 islands, an archipelago. Its diverse species of marine life - animals, birds and corals are a source of attraction for travellers. Dense mangrove forests surround the park. Sponges, octopuses, sea cucumber, jellyfish, pufferfish, crustaceans, sea turtles, dolphins, stork, black-necked ibis, and many other species are a treasure trove of the national park. Snorkelling is the best option to witness the beauty of marine life from close proximity. Boats are available on rent from the Jamnagar coast towards the park. Inevitably, it is one of the fascinating marine national parks in India.

Best time to visit the park: From the end of October till the end of February.

The Marine National park at the Gulf of Mannar, Tamil Nadu (southern India) is rich in its marine life diversity. Tropical rainforests cover the entire landscape of the park. The Gulf is comprised of 21 islands and the park is present within the Biosphere Reserve forest. The reserve forest occupies a whopping area of 560 sq km. Within its premises, the marine national park stretches between Thoothukudi and Dhanushkodi, a distance of 160km. Dolphins, oysters, sea horse, sea cucumber, sea turtles, seagrass, corals, blue whales, barracuda and many other species adorn the sea waters. The key attraction of the places is Dujong, a rare and vulnerable species of mammals. You can travel in a glass-bottom boat and enjoy observing marine life.

How to reach the park: The nearest airport is at Madhurai and the nearest railway station is at Rameshwaram. Government and private buses ply between the park and other areas of the state. Only glass bottomed boats are allowed in the waters.

Best time to visit the park: From the beginning of October till the end of March

One of the exotic marine national parks in India located in the Andaman and Nicobar Islands and named after Mahatma Gandhi, the Father of our Nation. Tropical rain forests and white sandu beaches adorn the conglomerate of 15 islands. Marine life is well witnessed, housing a vast species of corals, water birds, and sea animals. Spread across a vast area of 282 sq km, the park was established in 1983. The main objective of its establishment was to protect and preserve the corals and the turtles. The best ways to witness the marine life is to go for scuba diving or snorkelling. The other option is to travel in a glass-bottom boat. Teals, parakeets, sea eagles and many other species of birds flock near the park, a delight for the bird watchers.

Best time to visit the park: From November till February when the weather is pleasant.

If you love dolphins and like to watch them playing in the sea waters, Malvan Marine Wildlife Sanctuary is the perfect place for you to visit and enjoy. Established in 1987 and spread across an area of 3.2 sq km, it is a haven for witnessing the marine bio-diversity. The best way to observe the marine life is to hire a boat from Malvan and reach the sanctuary. You can watch different species of fish, seaweed, corals, molluscs, sea anemones, oysters and many others. Various species of birds like the waterfowls, terns, egrets, terns, can be seen wading or standing in the waters. There are provisions for snorkelling and scuba diving too.

Best time to visit the park: From October till May

Gahirmatha Marine Sanctuary in Odisha (eastern India) are significantly popular because of the Olive Ridley turtles. It is protected especially since it is the nesting spot of the turtles. Every year between October and May, the turtles travel from the South Pacific ocean to the coasts of Odisha for the breeding season. If you happen to visit the place at this time of the year, you will be astounded to find thousands of the turtles in various forms spread across the sandy shores. The moment they are steady after birth, they swim back to their original homeground the South Pacific ocean. The park was established in 1997 and spreads across a huge area of 1435 sq km and is one of the largest marine national parks in India.

How to reach the park: The nearest airport is at Bhubaneshwar and the nearest railway station is Bhadrak. The park is well connected by buses and taxis to the other parts of the state of Odisha. Ferries operate from Gupti, Rajnagar and Chandabali to the park.

Best time to visit the park: From October till February

The Andaman and Nicobar Islands are an epitome of natural beauty and a powerhouse for marine life. Established in 1997, the Rani Jhansi marine national park is a protected area. The reason being the existence of many rare and endangered species of marine life organisms. Dense mangrove forests cover the area. You can observe the corals and its variants of species. Do no miss out visiting and exploring the lagoons near the park.

Best time to visit the park: From December till March

Have you visited any of these marine parks? Would love to hear about your experiences.