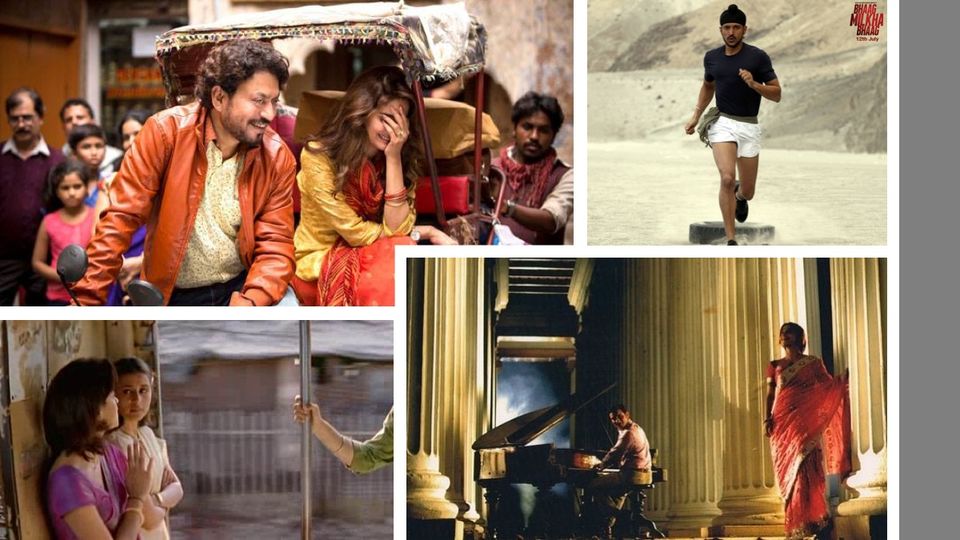 Bollywood, the Indian film industry, has created a significant influence on the tourism sector of the country . There's no denial of the fact that we all love to watch those exquisite locations on the screen. Whether it's dancing high up in the majestic mountains or chilling out at the golden sandy beaches, swaying with the wind with gorgeous valleys behind, or romancing around the pristine meadows - Bollywood’s shooting locations have always been unique, exotic, fascinating, and mystifying.

Let us explore these enthralling destinations where film makers went back, time and again, to film some of the iconic movies that are loved by one and all.

There wouldn't be anyone who doesn't like Goa. It is a place with stunning beaches and vibrant night life, and is one of the top picks for filming Bollywood movies. The plethora of movies attributing to the beauty and spirit of Goa is amazing.

The Chapora Fort of Goa had become quite a significant tourist spot after the filming of Farhan Akhtar’s breathtaking movie “Dil Chahta Hai”. Travellers flocked to visit the beaches and the Portuguese architecture, a positive vibe created by the movie. “Finding Fanny” directed by Homi Adajania, introduced globetrotters to some of the fascinating places in Goa. The Divar island, Siolim bridge, Three Kings church, Lisbon house and the charming Mandovi river are shown vividly in the film. The locality of Benaulim in Margao city, is now quite popular after the shooting of “Dear Zindagi” ;a Red Chilies entertainment movie directed by Gauri Shinde.

The other prominent movies portraying the beauty of Goa are Singham, Golmaal series, Josh, Simmba, and Drishyam.

Think of Bollywood and the first city that pops up in our mind is Mumbai. The capital city of Maharashtra is the home for renowned actors, actresses, filmmakers, producers, script writers, musicians, singers and so on. Being located at the shores of the Arabian Sea, its beaches along with the vivid landscape offer ample opportunities for filmmakers to pick and choose their favorite spots.

Zoya Akhtar’s “Gully Boy” focused on the Dharavi locality of Mumbai, one of the largest slums in Asia. The movie twined with the hip hop style and rap beats of a typical Mumbai life. The 2013 Critics week viewers choice award winner Ritesh Batra directed “The LunchBox” was shot in Mumbai; especially illustrating on the famous Dabbawalas of Mumbai and the typical neighborhood life of the city. In Shaad Ali’s film “Saathiya”, it was the local train where Vivek Oberoi (as Aditya) proposed to Rani Mukherjee (as Suhani) for marriage.

The other prominent movies filmed at Mumbai are Dhobi Ghat, Once upon a time in Mumbai, and Wake up Sid.

Ladakh is a traveler’s delight and a paradise on Earth. Adventure enthusiasts and nature admirers crave to visit its stunning locations. Bollywood filmmakers are not an exception. For obvious reasons, a favorable spot for several films.

The iconic movie “3 Idiots” based on the story of Chetan Bhagat’s book Five Point Someone showed the mind-blowing Pangong Lake. The mountain terrains and trails of Ladakh have been vividly portrayed in the movie. Yash Chopra’s “Jab Tak Hai Jaan” was another movie sketching the enigmatic beauty of Ladakh. You can witness the spectacular locations of the Pangong lake, Thiksey monastery, the highways of Kargil and Leh in the movie. The Farhan Akhtar starrer "Bhaag Milkha Bhaag" pictured the training sessions at the rugged landscape of Ladakh.

The other prominent movies filmed at Ladakh are Lakshya, Tubelight and Road to Ladakh.

Kashmir have been and still is a paradise for Bollywood movies. It is one of the favorite shooting locations in India for the filmmakers. Besides it is a preferred vacationing spot for celebrities. Its heavenly landscape and pristine beauty entices the B-towners.

Yash Chopra’s “Jab Tak Hai Jaan” wonderfully portrayed Pahalgam and Gulmarg in its various scenes. In fact, Kashmir had always been a priced choice for Yash Chopra. The emotional bonding made him return back to Kashmir for filming his last movie. The debut film of Ayan Mukherji, “Yeh Jawaani Hai Deewani” sequenced some of the shots at Gulmarg and Pahalgam. “Bajrangi Bhaijaan”, directed by Kabir Khan, was phenomenal in painting the vivid landscape of Sonmarg and Zoji La Pass. Imtiaz Ali’s hit movie “Highway”, the plot of which significantly circumference around different parts of India, had captured the enthralling Aru valley in Kashmir. Many scenic and quaint locations of Kashmir had been superbly filmed in Megha Gulzar’s movie “Raazi”.

The other prominent movies filmed at Kashmir are Haider, Rockstar, Lakshya, and Tubelight.

Delhi, the capital city of India, is a cradle for Bollywood filmmakers. Numerous films have been shot at several of its locations; especially the iconic India Gate, Taj Mahal, Delhi gate and the by lanes and streets of the city.

Kolkata lists among the top chart locations in the category of popular Bollywood shooting spots. The ancient historical glory, its cultural extravaganza and the regal colonial era of the city has been quite alluring for the Bollywood film makers.

Sujoy Ghosh’s thriller movie “Kahaani” stole the heart of the Indian film buffs with its cultural depiction of Kolkata. Durga puja celebrations at Ballygunge was the iconic scene in the movie. Coupled with shots at Kalighat metro station and Mona Lisa guest house, its was a perfect entertainer. In Pradeep Sarkar’s “Parineeta” , the film lovers witnessed the prestigious Bengali culture and traditions; being filmed at various locations in Kolkata. Mani Ratnam’s thriller and political drama “Yuva” was centered around Kolkata; the noticeable location being the majestic Howrah Bridge.

The other prominent movies filmed in Kolkata are Piku, Detective Byomkesh Bakshy, Gunday and Lootera.

I feel I can pen down pages while writing about Bollywood shooting locations in India. There are innumerable exotic places in the country handpicked by the directors and producers.