A Brief History Of Tibetan Buddhism

A Brief History of Tibetan Buddhism 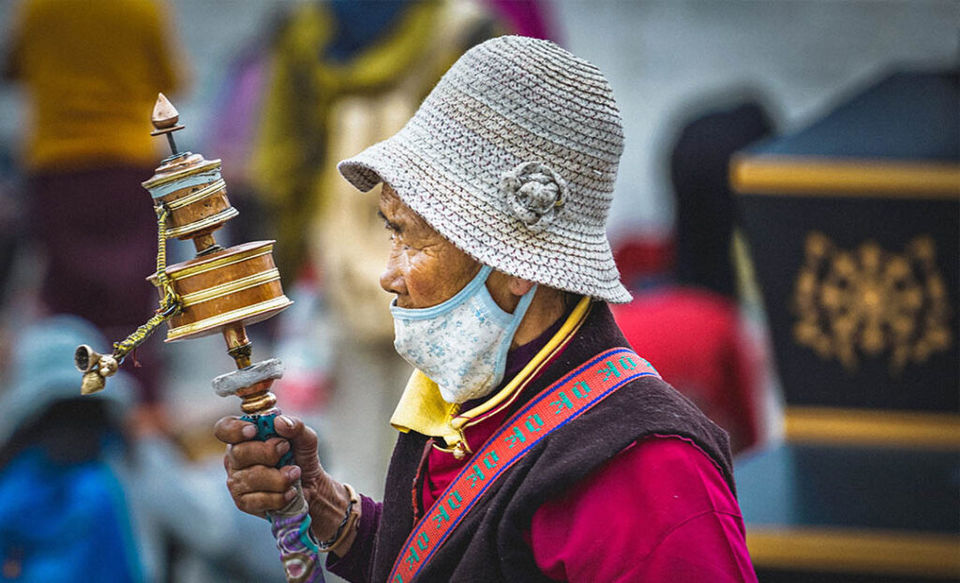 The arrival of Buddhist Scriptures

History of Tibetan Buddhism can be traced back to the latter half of the 2nd century. When Thothori Nyantsen was the king of Tibet. During his time, some Buddhist scriptures arrived in southern Tibet from India. The 3rd century saw the spread of scriptures in the northern part of Tibet. At this point of time, Buddhism was not a dominant religion in Tibet. But, it was actually beginning to take shape. The tantric text was yet in the process of being written in India.

The first major event in the history of Tibetan Buddhism occurred during the reigns of King Songtsen Gampo in 641. During his rule, Tibet was unified and he also married two Buddhist, Princess Wencheng from the Chinese Tang Dynasty and Princess Bhrikuti Devi from Nepal. This was followed by Buddhism being declared as the State Religion. A network of 108 Buddhist temples was constructed. And, to facilitate the installation of the Buddha statues his wives had brought from their homes. However, along with all this, conflict with the existing national religion, Bon, too continued for long.

The arrival of Padmasambhava & Master Atisha

By the middle of the 9th century, Buddhism suffered a major opposition from the locals. Furthermore, the government withdrew its support. It took the arrival of another great Indian scholar, Atisha to restore Buddhism in Tibet. His disciple, Dromton laid down the foundation of yet another old School of Buddhism, Kadampa.

With the advent of the 11th century, Tibetan Buddhism became dominant in Central Asia. Especially in countries like Mongolia and Manchuria. In both these countries, it was adopted as the State Religion. From the 11th century onwards, the other Schools of Tibetan Buddhism, Sakya, Kagyu, and Gelug, also started emerging. In the successive centuries, each of these Schools established itself in different parts of Tibet.

Nyingma (The Ancient Ones') Nyingma implies ancient and old in the Tibetan language. This School is the oldest amongst the four school. It is also the largest one after the Gelukpa School. Because the Nyingma lamas wear red robes and caps. There is another name of the school is the Red Hat Sect in the history of Tibetan Buddhism.

The School traces its origin to the 8th century when Guru Padmasambhava and the Nalanda University abbot Shantarakshita came to Tibet. King Trisong Deutsan (742-797) invited them to spread Buddhism there. Guru Padmasambhava and Shantarakshitas arrived along with 108 translators and 25 of Padmasambhava's trusted disciples. At this point in time, the Bon religion was prevalent in Tibet. King Trisong Deutsan entrusted the task of translating the Buddhist Dharma Texts into the Tibetan language. He also entrusted to both these men and their translators and disciples. Padmasambhava looked after the translation work of tantric while Shantarakshita paid attention to the Sutra-teachings. These laid the foundation of the Tantric history of Tibetan Buddhism. From the 8th century to the 11th century, the Nyingma was the sole school of Buddhism in Tibet. It was a period when Buddhism was severely suppressed by the ruling kings. It was only after the 11th century that Nyingma recognized itself as a separate School due to the emergence of other Schools. The followers of this School called themselves Nyingmapa. Nyingma happens to be the only one amongst the four schools whose supporters have never been in charge of political power.

Unlike other Schools, where tantric teachings involve four levels, Nyingma School has 6 levels. The Outer Tantra comprises Kriya, Carya or Ubhaya, and Yogatantra while the Inner Tantra includes Mahayoga, Anuyoga and Atiyoga/Dzogchen (The "Great Perfection"). The Termas (Hidden Treasures) and the Tertons (treasure revealers) are of special mention. It is believed that during the reign of King Langdarma when Buddhism was on a decline. Padmasambhava, along with his disciples, hid numerous scriptures, ritual objects, and relics in concealed places to protect Buddhism. This gave rise to the practice wherein two methods of dharma transmission was adopted. The first one involved "long" oral transmission from Teacher to a student in unbroken lineages. While the other one was basically a "short" transmission of "hidden treasures". This discovery could either be physical, from the rocks and caves or directly to the minds of Terton.

Another name of Kagyu School is the Oral Lineage" and "the Spotless Practice Lineage" school.

The Kagyu School owes its origin in Tibet to the great Translator Marpa (1012-1097). Marpa spent 17 years in India. During this period, he received teachings from the renowned Indian sages Tilopa and Naropa. Marpa spread these teachings in Tibet. Amongst his disciples, Milarepa was the most important one. Milarepa, in turn, had a disciple Gampopa (1079-1153). He established the distinct Kagyu School. Further, Gampopa's teaching also led to the foundation of 'Four Major School' and 'Eight Minor' sub Schools of Kagyu.

The doctrine lays emphasis on four principal stages of meditative practice. The Four Yogas of Mahamudra through which the follower achieves the perfect realization of Mahamudra. The four stages include -

The development of single-pointedness of mind, The transcendence of all conceptual elaboration, The cultivation of the perspective that all phenomena are of a "single taste", The fruition of the path, which is beyond any contrived acts of meditation.Four Major Schools of Kagyupa

During the late 11th century, Sakya Schools of Tibetan Buddhism emerged when the Buddhist scripts were being translated from Sanskrit to the Tibetan language in the second round of translation. "Five Venerable Supreme Masters" - Sachen Kunga Nyingpo, Sonam Tsemo, Drakpa Gyaltsen, Sakya Pandita and Chogyal Pakpa founded the school. The first monastery of this sect was established by Tibetan lama, Khon Konchog Gyalpo. The monastery was erected at a unique grey landscape of Ponpori Hills near Shigatse in southern Tibet. It is from here that Sakya that translates into 'Pale Earth' draws its name.

The most important teaching of the Sakya sect in the history of Tibetan Buddhism is the system of Lambdre or the "Path and its Fruit". This is drawn from the Siddha Virupa (Birwapa/Birupa) and rests upon the Hevajra Tantra. The esoteric Vajrayogini lineage known as "Naro Khachoma" and tantric practices also forms part of the Sakya School.

Unlike other Schools, Sakya has two different forms of teachings. The first one is for the generic audience and has sutra as its basis. On the other hand, the second is private education with tantric as its base.

Two sub-schools of Sakya sect spring from the main lineage. The Ngor was established by Ngorchen Kunga Zangpo and Tshar was founded by Tsarchen Losal Gyamtso.

The most recent, nonetheless the largest of all the Schools, the Gelug is the School of the Virtuous.

The first monastery of the Gelug School was founded by Tsongkhapa at Ganden. This monastery, till the present date, is the nominal head of the school, however, its temporal head and most influential figure are the Dalai Lama. The first Dalai Lama, Gyalwa Gedun Drupa, was the disciple of Tsongkhapa. The current Dalai Lama is Tenzin Gyatso.

By the time, 16th century drew to its end, the Gelug School had established itself as the most important School in Tibetan Buddhism. From the 17th century onwards to the mid of the 19th century, the Dalai Lama held the political power over central Tibet.

The primary teachings of the Gelug School are Lamrim, or the "Stages of the Path" and the systematic cultivation of the view of emptiness. The first teaching rests upon the teachings of Atisha, an 11th-century Indian master. This is united with the deity yogas of Highest Yoga Tantra deities where the central focus is the realization of the indivisible union of bliss and emptiness.

Important Gelugpa Monasteries in the history of Tibetan Buddhism

Important Gelug Monasteries include Ganden Monastery, Sera Monastery, Drepung Monastery, and Tashi Luhnpo Monastery. The monks of this monastery wear yellow hats which is why they are also called the Yellow Hat Sect.