A monsoon day in Agumbe

A traditional house in Agumbe 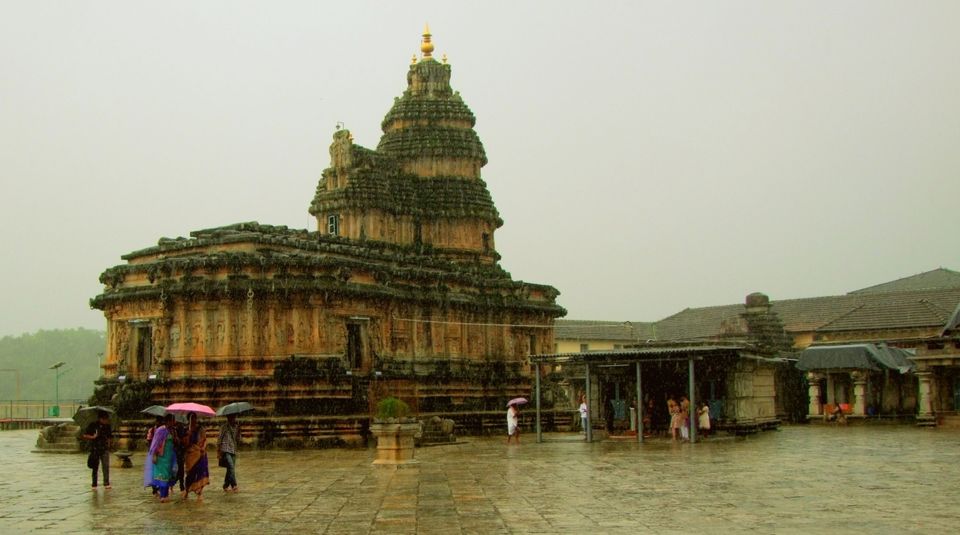 Agumbe- Cherrapunji of the South 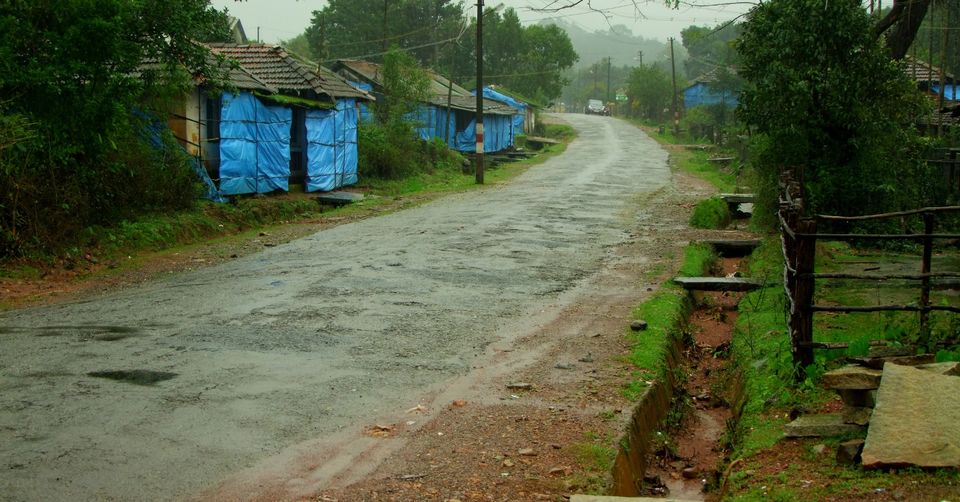 A wet rainy day in Agumbe 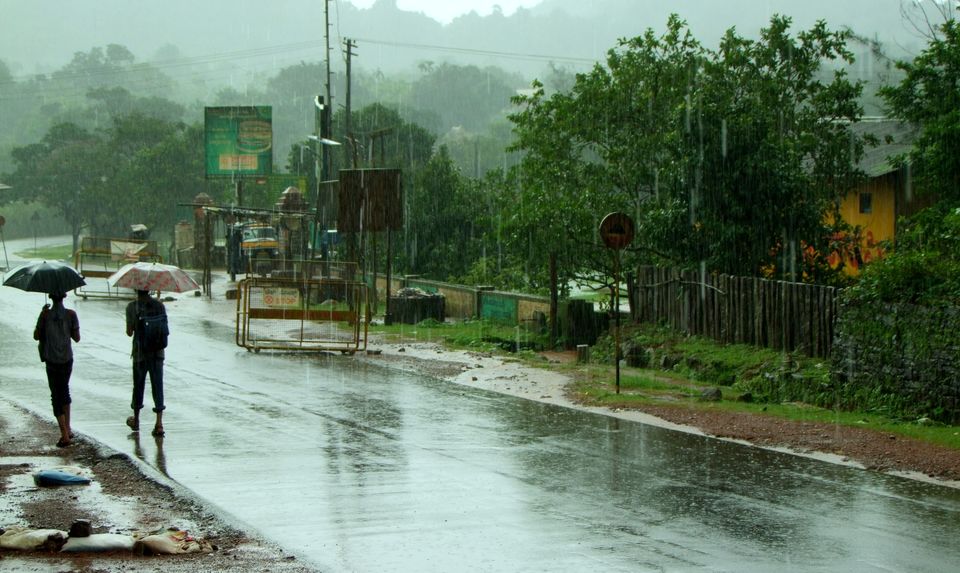 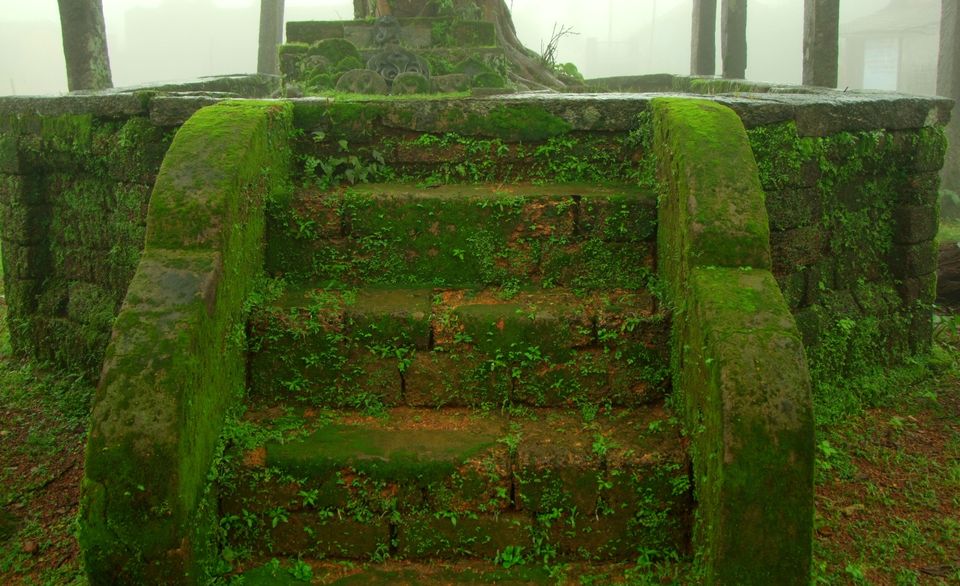 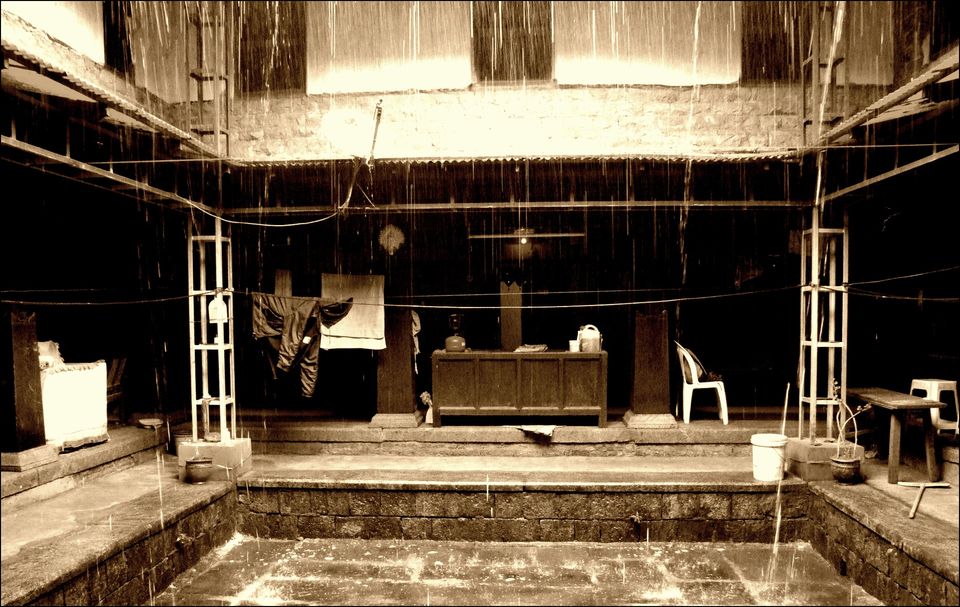 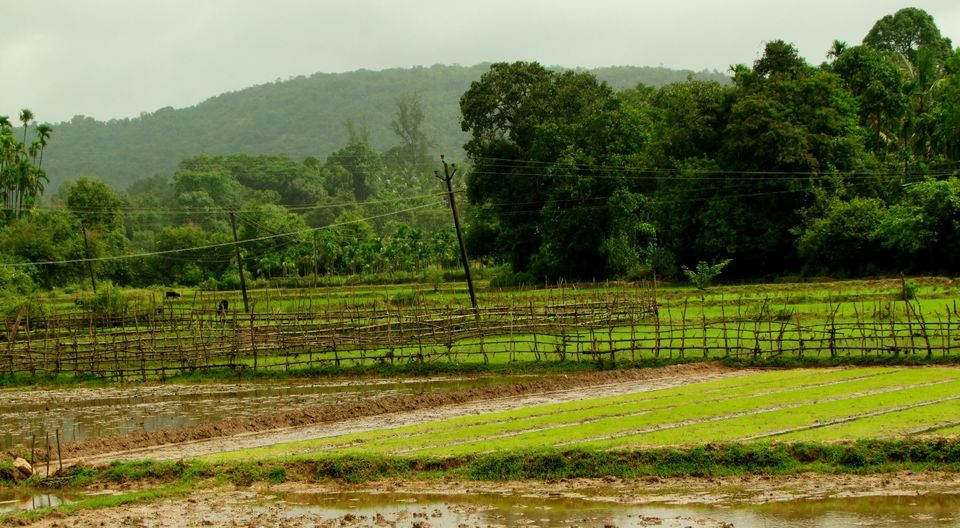 A disfigured statue in Kundadri 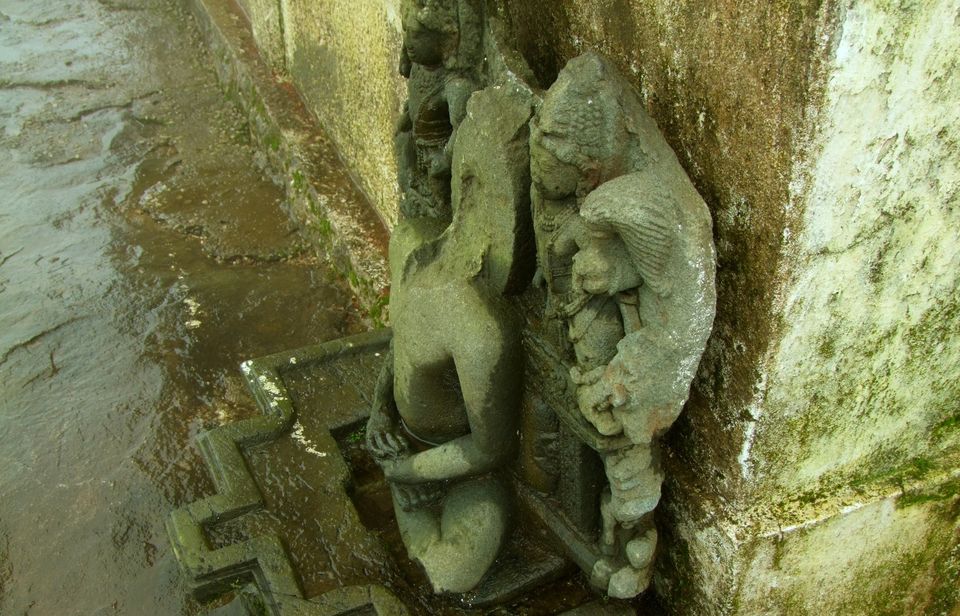 A banal day in June and an unbearable sun beats down upon the parched earth giving no respite from the sultry heat. Suddenly a wisp of grey fluffy clouds appear on the horizon; riding on a resurgent wind they stride across the sky hurriedly, afraid of being detected by the sun. The blinding brightness of the day is supplanted by a grayness that smells of imminent rain as hordes of nimbus blow the trumpet, marching to overpower the sun. And as the first drops of water descend from somber skies the stifling heat of the summer is forgotten and heart revels in the embrace of the monsoons.

Traditionally traveling in the monsoon season is perceived to be a troublesome experience with the rains viewed as a nuisance responsible for washing away neatly laid travel itineraries. However for someone who chooses to look past the annoyance of soaking wet clothes, someone who battles the uncertainties of wobbly mountains and vicious water bodies, someone who is willing to dance in the rain rather than scurrying for cover the monsoon months are full of promises and surprises. And to really appreciate the power and beauty of the rains one must venture to a few chosen places spread across India where it reigns supreme for several months every year.

In the rainy season as one drives deeper into the Western Ghats from the coffee town of Chikmagalur and heads towards coastal Karnataka the senses are overwhelmed – bright green paddy fields at the foothills of heavily wooded rolling mountains covered in mist, muddy streams threading the forests, nonchalant farmers huddled under tarpaulin sheets walking their bullocks to the fields and the musty ever-present smell of dampness. In spite of an incessant downpour the temple town of Sringeri remains abuzz with pilgrims heading to the impressive Vidyashankara Temple that dates back to 14th century. Skirting the temple complex is the river Tunga, a docile water-body for most of the year, which is transformed into a raging torrent in monsoons. The temple, in Hoysala and Chalukya style of architecture, has exquisite sculptures of deities adorning its outer walls along with depictions of floral designs, mythological creatures and stories from epics.

Driving further towards Udupi from Sringeri one comes across the sleepy village of Agumbe. The character of this non-descript settlement is akin to thousands of other villages dotting the Indian countryside save for the fact that this inconspicuous village is one of the wettest places in the country. Bestowed with the moniker “Cherrapunji of the South” Agumbe receives an inordinate amount of rainfall so much so that its appearance and the habits of its denizens are greatly influenced by the never-ending rain. A curious blend of green and blue is seen in the village - moss and lichen cling to the outer walls of houses with sloping roofs and small gardens surrounded by picket fences lending a touch of green; blue tarpaulin sheets are everywhere to counter the effect of the unforgiving rain. The Venugopal Temple in the village centre harks back to the Hoysala era though several features of the Tulunadu style of architecture differentiate it from its contemporaries. Facing the entrance to the temple and under a towering tree are stone sculptures dedicated to the dreaded serpent that inhabits Agumbe’s rainforests – King Cobra. The dense forests around Agumbe are a treasure trove of flora and fauna and ARRS - Agumbe Rainforest Research Station – is at the forefront of championing conservation efforts to maintain this biodiversity. The jungles hide in their belly clear creeks and tempestuous waterfalls that are infused with life during the monsoons and are ideal for explorers hankering for an adventure.

Travelers hoping to spend a night in Agumbe invariably find themselves in Kasturi Ajji’s dodda mane (big house in Kannada). The homely milieu, delicious home-made food and unselfish hospitality of the adorable hosts complete a memorable trip to this idyllic village. A traditional house with carved wooden doors, narrow stone staircases, neat cozy rooms, an in-house well and a large courtyard it showcases the best of local architecture. The laid-back pace of life in Agumbe complements the haughty rainy season when continuous rains hamper mobility and force people to stay indoors. One can grab hold of a book, find a secluded corner and sip a warm cup of tea while relishing the music of rain all day long.

A journey to Agumbe merits a visit to the 17th century Jain temple on the nearby Kundadri hill that is accessible by a motor able road climbing in sharp turns to the summit. A temple peppered with stone statues with two small ponds close by is perched on the top of the hill and is usually shrouded in dense fog during the rainy season. But when for a brief moment the mist clears one is treated to the sight of forests dotted with flooded rice fields stretching to the horizon accompanied by grumbling and rumbling grey clouds. And in this brief moment one feels the essence of the monsoons and an unexplainable joy, a reward for holding out a hand and grasping the nectar that descends from the heavens to wipe away the grime of a miserable summer.