A reader's Guide to Macao's Heritage and Life #20ThingsILoveAboutMacao 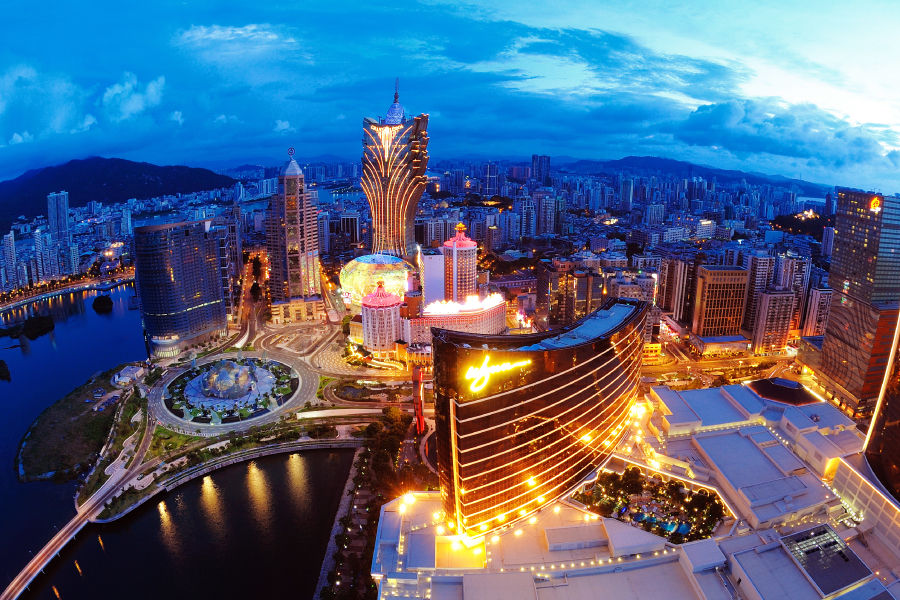 Macao a city situated in the south of the Chinese border, a place which the locals believe is sacredly protected and blessed by the sea-goddess Mazu. It boasts of culturally rich hertiage, amazing food and one of the best places which a boastful nightlife. A place for Portuguese-Asian vibes at its best, Macao in short is the place for everyone from all walks of life. The 20 things I absolutely love about Macao, and which makes me want to go are

Cobblestone streets of the historic centre of Macau, which is a perfect amalgamation of the Chinese-Portuguese Culture, boasts of tourism all through the year. Interestingly it is the collection of around twenty locations spread over the region and divided into zones. Has several souvenir shops, which will help you take a part of Macao back home with you. It's one of the prime locations in Macau, which is also inscribed in the UNESCO list of world heritage sites. Heritage walks around the area can be arranged through the Macau Tourism or through the Macau Heritage Walk Circuit. The buildings are as old as the 1500, like the St. Dominic's Church, along with Guia Lighthouse, Dom Pedro V Theatre, The Moorish Barracks, all built in the 1800s.

The triangular area which houses the Leal Senado Building (from where the name has derived) which was a famous meeting place for the Chinese and Portuguese. Senado Square boasts of a plethora of flea markets for the tourists, and is a galore of celebration during festivities. It's highly recommended to take a walk on the streets of Senado Square at night, it's absolutely enthralling!

One of the oldest and revered buildings in Macau, located at the area of São Lourenço, it housed the family home of the late Qing theoretician and reformist Zheng Guanying. It is a protected monument under the Macau's Historic Centre. Mandrin's House is the best example of old cantonese buildings,

Most instagrammed site in Macau. The ruins of church speaks volumes of the rich culture and history of Macao. It was labelled as the 'Vatican of the far east'. The ruins remain to remind the city of the Portuguese-Cantonese roots of the city, with beautiful stone carvings and a prominent dove engraved on the apex of the church which symbolizes the Holy Spirit. The Museum of Sacred Art and Crypt, houses a volume of artefacts of the Sino-Portuguese era.

The Cathedral of the Nativity of Our Lady, in the early seventeenth century it was a small wooden chapel, and was elevated to cathedral only in 1623. Before 1623, the Diocese was headquartered in the St. Lazarus' Church. This church is very popular among the locals of Macau as every year, the grandest midnight Mass, Jesus icon parade and other big events are held here. Very close to St. Dominic's Church, or Avenida de Almeida Riberio.

It is the historical military centre of Macau. A structure built in the 1617, which was the the first residence of the Governors of Macau (in 1623 and in 1740) & the base for two companies of the Portuguese Prince Regent Battalion to act as a police force from 1810 to 1841. In the present day, it houses The Museum of Macao.

An art lover's paradise which is spread across a five storey building. The reading space at the MAM provides books and magazines on cultural relics and arts for the public. Also, there is a well-equipped auditorium of a hundred seats. There are various exhibitions of diverse genres in cooperation with cultural institutes from China and other regions and countries from time to time.

Even if you're not an art lover, the museum holds various workshops all through the year which will definitely turn you into an art lover. Details of the same can be looked up on their website.

8. Museum of Taipa and Coloane History

Formerly a public administration building named Island Municipal Council Building. There are nine galleries in total inside the museum. On the first floor, the museum displays excavated relics and other artifacts. On the second floor, there are religious objects, handicrafts and architectural models.

Dedicated to the sea-goddess Mazu, who is revered as the protector and guardian of Macao. The A-Ma Temple was constructed in the year of 1488 of the Ming Dynasty. It is a destination offering silence and spectacular views. It contains six main parts, all of which make up a series of classical Chinese architectural treasures, and this is all guarded by stone lions.

The happiest place on Earth to actually meet Po straight from Kung Fu Panda. The Park houses the Pandas in an huge area spread across two floors, which also organizes a lot of activities for the tourists. The best place to spot some beautiful Macao Giant Pandas and Red Pandas.

P.S: The Pavillion Park is on a hunt for Giant Panda Keeper Volunteers (worldwide) so don't miss the chance.

This beautiful beach which is located in the Coloane area of Macao, is the largest natural beach in Macau. Hac Sa literally translates to 'the famous black sand'. The Barbecue shops lining the beach are famous among the tourists for some lip-smacking delicacies along with beer and coco-water.

The Venetian Macao rings a bell with the IIFA award viewers, it's one of the finest luxury hotels in the world. It is designed with the view of The Venetian Las Vegas. The Cotai Arena within the hotel is known for sporting events. The Venetian Macao is famous amongst the luxury travellers.

13. Get your adrenaline racing with the Macau Grand Prix

Macau is a top destination among Grand Prix lovers, the Grand Prix usually begins on a Thursday and ends on a Sunday. It's one of the major highlights in Macao which attracts a lot of International Tourism. Another destination on the same lines is the Grand Prix Museum along side The Wine Museum, which are closed for the time-being but are must go places.

Places to visit for exploring the literature of Macao, most of the underrated culturally rich places in Macao which is beyond the limelight of the city.

The library is the provider of the largest public space amongst all other public libraries. The library has four major zones, including a general reading area, a ‘children library’, newspapers and periodicals reading area and a multimedia room. It also houses a theatre for children, outdoor garden, multi-function room, nursing room, and a book drop device installed on the garden level. If you're lucky you might also witness some fun mass activities in the area.

The founding stone of all public libraries in Macao. A library which has a history of three generations, with its roots in the 1895. The library is the best place to find texts and periodicals of the time when the Portuguese and Chinese housed the territory of Macao. A mobile library was also initiated in the year 1986, which also boasts of the oldest operating mobile library networks in the world.

This Library is a part of the Macao Public Library. It is quite interesting housed in a mansion, which boasts of culture and history. The Sir Robert Ho Tung Library, is also covered in the Macao Historic Centre.

One of the prime locations where heritage walks and street photograpy is conducted. Rua Do Campo houses an interesting library which is commonly known as the 'Octagonal Library' and goes my the name Rua do Campo, Macau Commerce Association Public Library.

Wan Tat Bookstore and Starlight Bookstore. The Wan Tart Bookstore boasts of a history of 40 years, The Wan Tat Bookshop that specializes in popular best-sellers has a main store in the basement of Broadway Plaza in Rua do Campo. While the Starlight Bookstore, boasts of a history of 60 years. It is located near the Portuguese Consulate in Macau. This bookstore mainly sells books from Hong Kong. Besides, it also sells books from Taiwan, Mainland China, and foreign countries.

Lastly, lets not forget the most important part of one's trip, the FOOD!  Macau is famous for its Cantonese as well as Portuguese Cuisine.

The street food in Macau is one of a kind, and one can never go wrong with that. There are few restaurants where one can enjoy delectable Cantonese food without burning a hole in your pocket. Do visit, Canton, Jade Dragon and Rice Empire to gorge on some delicious dimsums, noodles, and hotpot!

There are a plethora of Portuguese food to try in Macau, being a colony of Portugal for almost 450 years it won't be difficult to spot Portuguese eateries. A Petisqueira is one of the famous Portuguese eateries in Macau, which is rustic and simple in appearance but serves lip smacking food. Espaço Lisboa on the other hand is an interestingly conceptualized restaurant, which was formerly a Old metalworking factory and A Lorcha, which is situated next to the A-ma temple. These restaurants are pocket friendly, do get some Portuguese wine to compliment your Lamp Chops!

Macau is a city bigger than life, for everyone. Here's to twenty years of Macau tourism, which will grow over the next years! So grab your passport and make your way to the Macau International Airport..