A Spiritual Journey to Omkareshwar, Ujjain 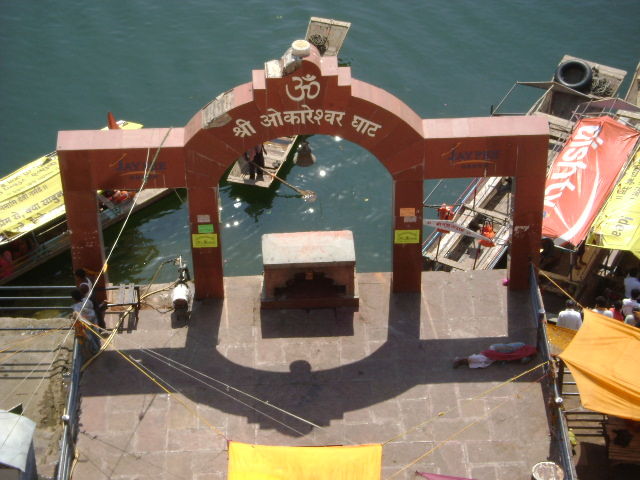 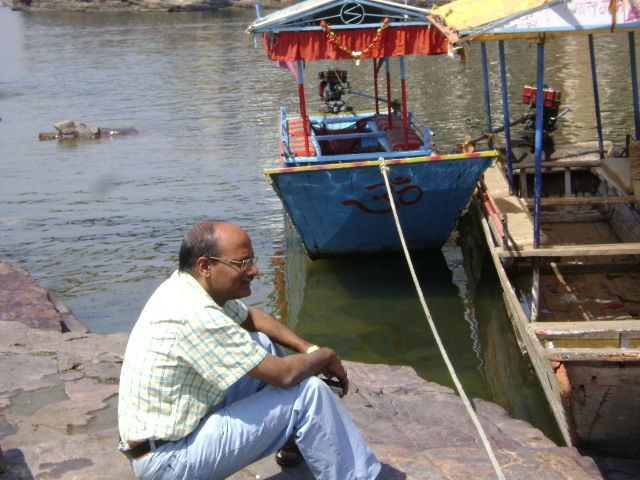 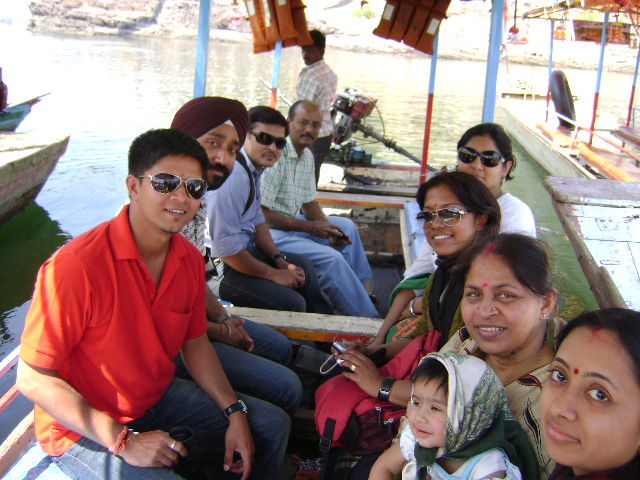 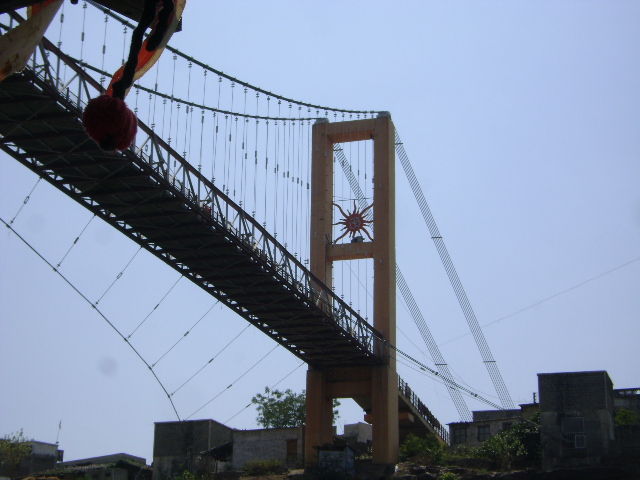 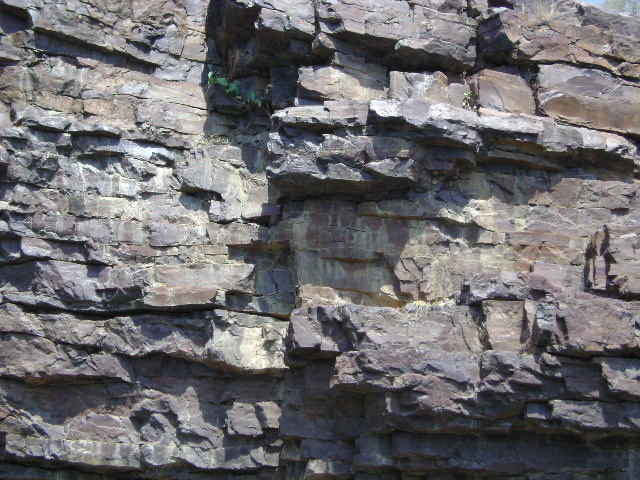 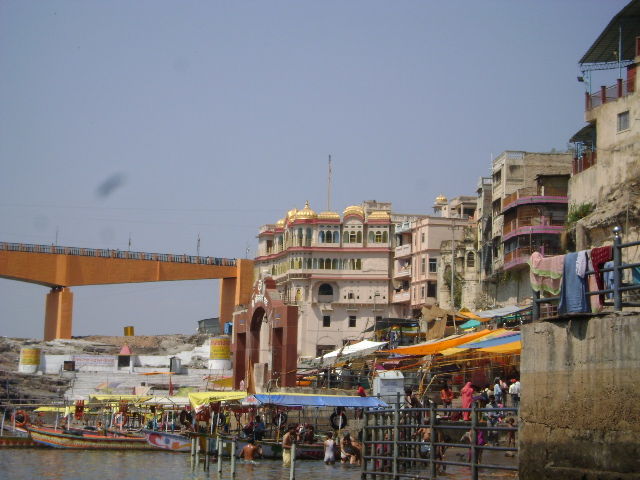 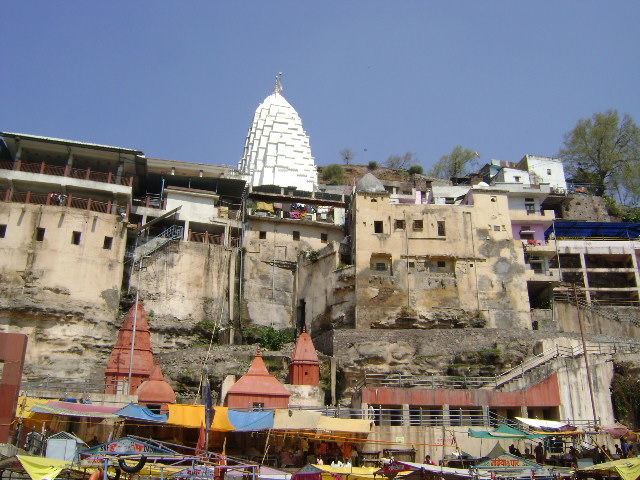 A Spiritual Journey to the Omkareshwar Jyotirlinga

On a sunny weekend in 2011, my friends group along with my family took this trip to Omkareshwar Temple. Armed with the latest camera gadgetry, and loads of spiritual inspiration, the idea was to explore every unknown corner and excursion of Indore before our six month stay in Indore. The road trip culminated at the home bank of the Narmada river, where several boats waited at the shore for crossing over to the other side. The crowd was still pouring in to take a glimpse of the Jyotirlinga considered to be the most pious and potent form of Lord Shiva. It is the place where the Lord Shiva manifested himself in the form of light. The trip for us was to take a break from the mundane routine and explore the heritage around.

The Rajendranagar Hostel Team, as the group was proudly referred to, boarded the ferry at the home bank to start for the Jyotirlinga. The medium sized boats could accommodate a group of 10 people easily. As the boat gently moved across the river, we could see the magnificent foot suspension bridge atop, with the massive Sun Symbol on the entry. This bridge is another option to enter the temple, however, at the cost of enjoying the soothing boat ride. The water was calm and cool. The gentle breeze healed us from the soaring temperatures and Giri Sir, the man with a young heart, could be seen enjoying the Narmada River waters. We reached the shore called the Northern bank where the temple is located. It was crowded and would take us a long time to enter and make our way inside with a big group. A small gate at the entrance led us inside the temple premises. It was the second part of the day and we would be attending the prayers conducted by the priest of the Scindia State during this hour. The morning prayers are conducted by the temple trust, whereas the evening prayers by the priest of the Holkar State. As we entered inside we realized it was a long wait, as the pilgrims seemed to fill in every available space inside the temple, leaving no room for movement. The ladies had to finally wait at the stairs until, the crowd dispersed a little. As our turn came to enter inside, we started moving upstairs, only to realize that the crowd behind was never-ending. The crowd just wanted one glimpse of the Jyotirlinga, no matter what stood in front of them. The push and pull in the crowd prevailed, and the feeling was similar to Mumbai Local where one does not need to worry about reaching inside the compartment. The crowd from behind takes care of it. Peeping from the crowd with a smile is Divya who made her way through the top despite all obstacles. Ashish Sir and I were lousy and had decided to enter inside at the end as the crowd settled. Ashish Sir was equipped with all his travel paraphernalia in his backpack and could be seen inching inside the temple carefully. Gurpreet Sir and Sonia (especially Gurpreet Sir, there is rarely anything on this planet Earth that can keep this guy from smiling, and if one exists by some chance, he will still find a way to chill out), the coolest people in our group seemed little perturbed with the crowd, and despite all the push and pull around to make the first entry inside the temple, they were ever smiling and enjoying the moment. My wife Tanima and I had prayers to offer, for our daughter Sharbani who had barely started to talk then (she talks more than anyone else now, allowing anyone else to speak).My mom had also accompanied along. An avid traveler as she is, I derive all my inspiration to travel from her, (and nothing would stop her from taking this trip I know). We came out after visiting the temple We came to the South Bank of Narmada river to witness the Mamleshwar Temple. Recorded in the Archaeological Survey of India as one of the oldest monuments, this temple was built during the reign of the Holkars and the queen Ahilyabai Holkar used to offer prayers here. The temple has been constructed with red stone and is an epitome of Vedic Architecture. It was time to take a short rest and unwind before we moved back home.We decided to take a bite in a hotel nearby. The day had been fabulous and a new experience altogether. It was time to move back to Rajendra Nagar Hostel, and immerse in our routine once again, but not without planning for the next weekend trip soon.

HotelsMap
The spot from where we enter the Omkareshwar Temple. This is where you can catch your ferry boats from!!

HotelsMap
On the other side of Narmada river, is the entry into the Omkareshwar Temple