A trip to land down under – Sydney, Australia 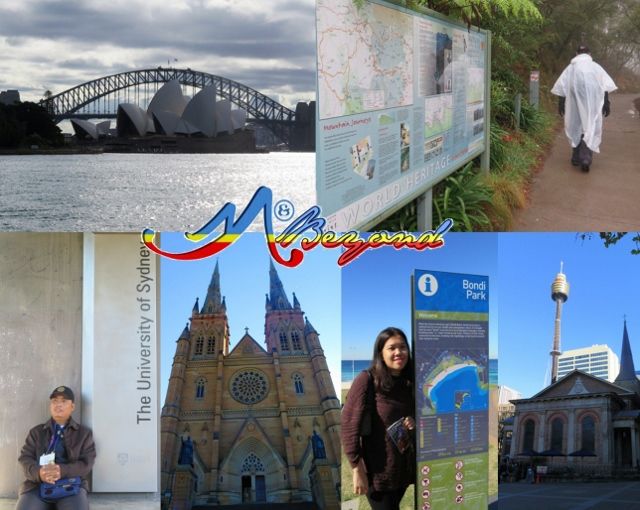 Our trip to Sydney was for the Rotary 2014 International Convention which happened to coincide with my birthday.

We took the Manila – Kuala Lumpur – Sydney route via AirAsia.   I am a usual flight snoozer but being out of Asia for the first time kept me awake all the way.  The Indonesia – Australia pass was a long journey but the moment the next land mass was at sight, I was caught in awe… I startled hubby of the reddish landscape down under, I thought I was out of earth for a while. LOL.

After a long 9-hour ride, we finally touched-down.  It was already 7pm and tummy was ravening out of control, even forgot it was the eve of my birthday.  We saw a McDo store at the arrival where we had our first Aussie chew.  Can’t help myself from comparing our local price with theirs, about 3 times more.  Well…

After our quick bite, we joined the other arriving participants being welcomed by the Rotarian ushers.  Then right outside the arrival area, another welcome billboard greeted us.  I was a proud Rotarian then and can’t wait for tomorrow and the rest of the days…

Our actual trip minus the in-between convention programs as follows:

For the rest of the story, visit: