A Visit to The Remarkable Castle Howard! 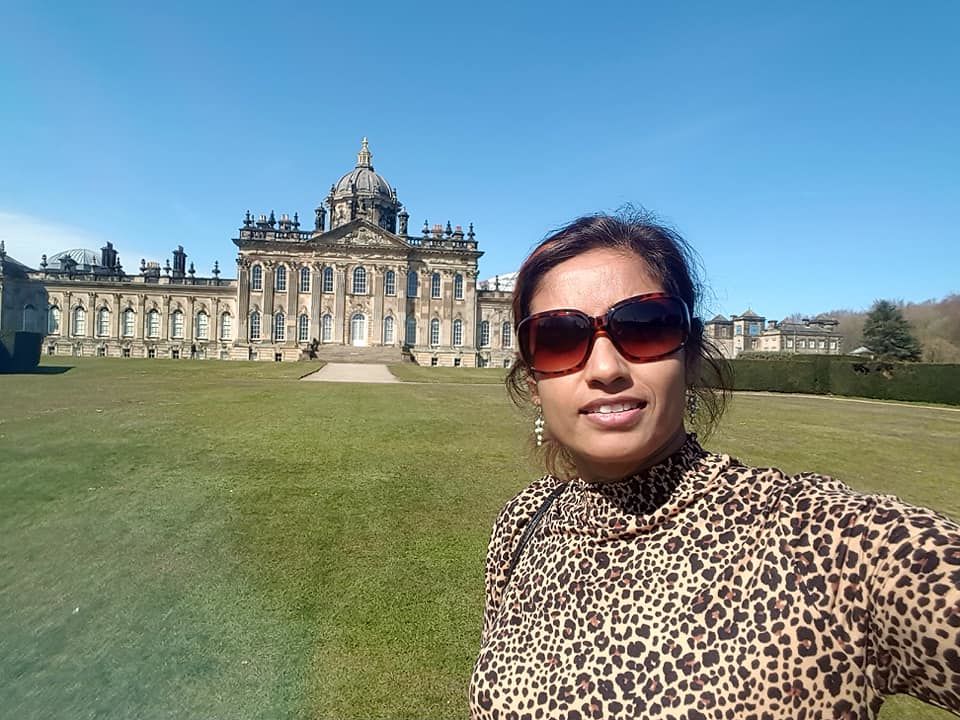 The UK had been in lockdown for months and plans for the restrictions to be lifted in phases were being released. The first of which was from 29th March in which not much changed in terms of travel as the Stay at Home requirement remained unless you were making a necessary trip.Then came the second stage on 12th April when most restrictions were lifted, especially for the ones like me who love to travel and explore. And in anticipation of this phase, I invested a considerable amount of time to identify places of interest around where I live and the country as a whole. This is when I discovered and decided to make a visit to Remarkable Castle Howard. Here I detail everything you need to know for your visit

The journey to Castle Howard

As there are no direct or easy public transport options to get to Castle Howard, I decided to take my (travel buddy) bike along. The route I had planned was to take the train from Hull to Seamer, Seamer to Malton, and then cycle my way to Castle Howard. With my excitement (getting the better of me) to travel after a long break, I arrived at the station 30 minutes before the scheduled train time and had to wait on the platform positioning myself to the front coach to get my bike in.

My journeys are always adventurous and exciting. What I like most is the company I get on such travels. Here, on this trip, I met a fellow traveler who was local to the area. He was considerably knowledgeable and suggested a few around there to visit - I duly noted them for😊.First Stop (Seamer Station). Deserted. Not a soul to be seen. I'm on my own with only my buddy for the company and the wait is close to 40 minutes for my connecting train.

I reached Malton without any further issues and, like for most new things, thought of asking everyone's best friend, Google, for the best cycling route to Castle Howard. The female voice said the journey from here was approximately 9½ Kms and mostly flat. Yes, I thought, I can make it, no problems whatsoever. For a cycling enthusiast like me, the so-called flat ride with an elevation of 300ft was a lot. ☹. It is hard but not impossible and took a good hour to get there.

The 18th century needle welcomed me to the entrance to Castle Howard through the car park.

As I had not booked my entry ticket in advance, I was forced to do so while having my lunch in the garden area of the castle close to the car park. The Gardens are open daily from 10 am to 5 pm. The Garden only ticket cost £12.95 for an adult. You can find other ticket costs on the Castle Howard website. My walk began here.

There is a walled garden at the entry point still in progress for the summer.

Once you are out of the walled garden, you will have a sight of Castle Howard. Unfortunately, the house is not open to the public due to Covid restrictions. Self-guided house and garden tickets cost £22 for adults. You can find other ticket costs on the Castle Howard website. The Great Lake view in front of the castle entrance is beautiful

The Temple Of The Four WindsThe temple was finished in 1738 and been used as a place for refreshment and reading. It has impressive views of the new bridge and the Mausoleum. Beneath the temple is a cellar where the servants prepared food for the people above.

The view of new bridge and Mausoleum from south lake

From the temple of four winds I had to walk through the ray wood area trying to figure out the way to go to the Mausoleum. But I realised it is not accessible from the castle grounds. So I had to walk back to the main entrance and find my way through Welburn Road. With a view of the gate house in front, I turned left to walk towards the new bridge.

MausoleumIn the 1720's the 3rd Earl of Carlisle announced his decision to build a grand funeral monument for himself and his family. The construction begun in 1729 and took over 12yrs to complete and has been a burial place for the Howard family since 1741.

After walking around the mausoleum, I walked back to the castle entrance to find my bike to return to Malton train station. I was confused and surprised to notice that Malton station has only one platform and the trains from both directions use the same platform!

Castle Howard is surely a place to (re)visit in summer 😊 😊