Bangalore Travel GuideBangalore TripsA Walk Through The Myth And Epics.

A walk through the myth and epics.

A cloudy Sunday morning by 4am I started up from Bangalore,keeping a speed of 60kmph at the start I moved getting in to the Kupahalli road which also connects to the shortest tourists spot in Bangalore, The Nandhi Hills, I took the right turn that connects to Chikkaballapura then to Mustoor then Hunegal, Mandikal, Gudibanda, Yellodu, Kanchisamudram and Lepakshi which is a wide route but that gives the feel of nature exploration which also shows an outer lifestyles of Karnataka and AndhraPradesh as Kanchisamudram is the border of two states.

Lepakshi is a village in the Anantapur District of Andhra Pradesh, India. It is located 15 km east of Hindupur and approximately 140 km north of Bangalore. Lepakshi is culturally and archaeologically significant as it is the location of shrines dedicated to Shiva, Vishnu and Veerabhadra which were built during the Vijayanagara Kings' period (1336–1646). The temples are the location of mural paintings of the Vijayanagara kings and Kannada inscriptions. Near the temple complex is a large granite Nandi bull. On a hillock known as Kurma Saila, "tortoise shaped hill", are other temples to Papanatheswara, Raghunatha, Srirama, and Durga.

It's a small village ,Lepakshi near Hindupur in Anantpur District looking at some of the rare mural paintings from Vijaynagar era that adorn this ancient 16th century Veerabhadra temple.

When I reached the all lonely and dry land 6:15am, the long gate was open just giving a small vacuum through which one can enter. I roamed all round the historical space with utmost peace inside the area. The space was filled with the raw fragrance of nature. After an hour or so a fatty family got into the place,  followed a Vadyar and his crew, behind there was a girl who was all dressed up. Children came in with the team have discovered their playground amidst the pillars. The sun plays hide and seek too and it looks like it will soon disappear amidst the clouds as its going to rain. Slowly the rhythm starts and the girl who was all dressed up started moving her hands acknowledging the sculptures, the crowd gathered around and the vadyar as well. Arangettam that's what they named for the event. Slowly, experiencing the ancient well maintained and worshipped place we understand the talent that each human have as each rock piece, the pillars, the walls, the huge doors, the floorals, depicts.

I sit beside one of the pillars and take in the scene. Unlike any tourist spot, there are no vendors or shops that besiege the tourist here. An aged resident in the village who came in for his usual visits offers his services and looking at his rather hopeful face, I decide to give an ear to him. And he plays rather to the gallery as the kids stop their games and listen to him as well.

“Lepakshi said Lord Rama to Jatayu, the bird asking it to get up ,” says the old man .”Ravana had chopped off its wings and Lord Rama found the bird fallen right here in this village. Thats why its called Lepakshi. You can see the sculptures that the ancient efforts put up in here, he asked us to follow him and stepped inn to the temple.

The temple built in the Vijaynagar style has an inscription that says it was built by one Virupanna whose family deity was Veerabhadra. The temple ,renowned for the largest monolith Nandi stands a few metres away from the main temple complex- a testimony to the building skills of our ancient artisans. It is carved out of a single rock. A multi hooded Naga Linga stand opposite the Nandi in the main shrine. The unfinished Kalayanamandapam was built where Shiva and Parvati were believed to have got married, a large carved foot on the ground filled with water perennially is said to be Sita’s foot. “ It is also said its Goddess Durga ‘s foot when she visited here ,” says the old man rather the worshippers. He shows me the carved thali like plates on the ground.” and he said "The locals were fed here,” . Its a giant palette. And now it started to be dark with the cloud and he says we can feel the ghost of Virupanna's here; the kids gathered around got feared and the old man seeing this added to his stories that Virupanna love kids as they are innocent which bought back their smiles.

The return can be done through Bagepalli-Beechaganahalli-Ajjawara-Koramangala-Bangalore that takes you nearly 3 and half hours with 125kms. A oneday peacefull Ride from Bangalore.

To all travellers, Lepakshi is a land of myths and epics. It's totally a dry land even at the winters but a worth time to ancient times and to the architectural beauty.

And the cloudy start of the Ride. 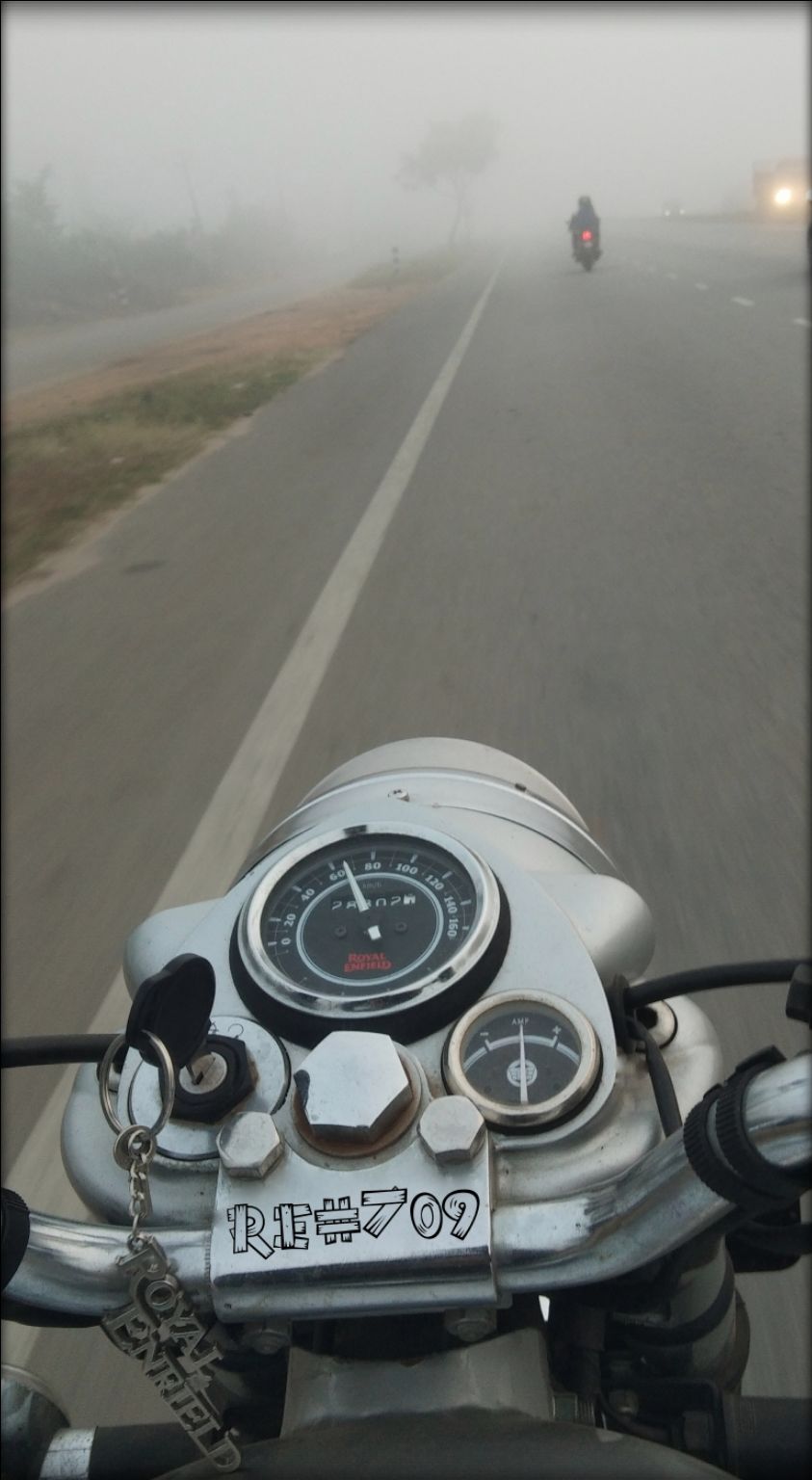 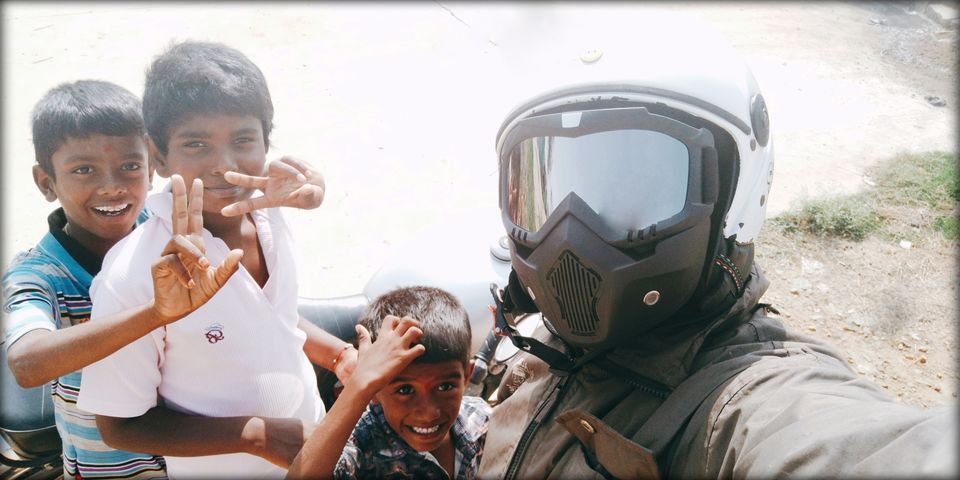 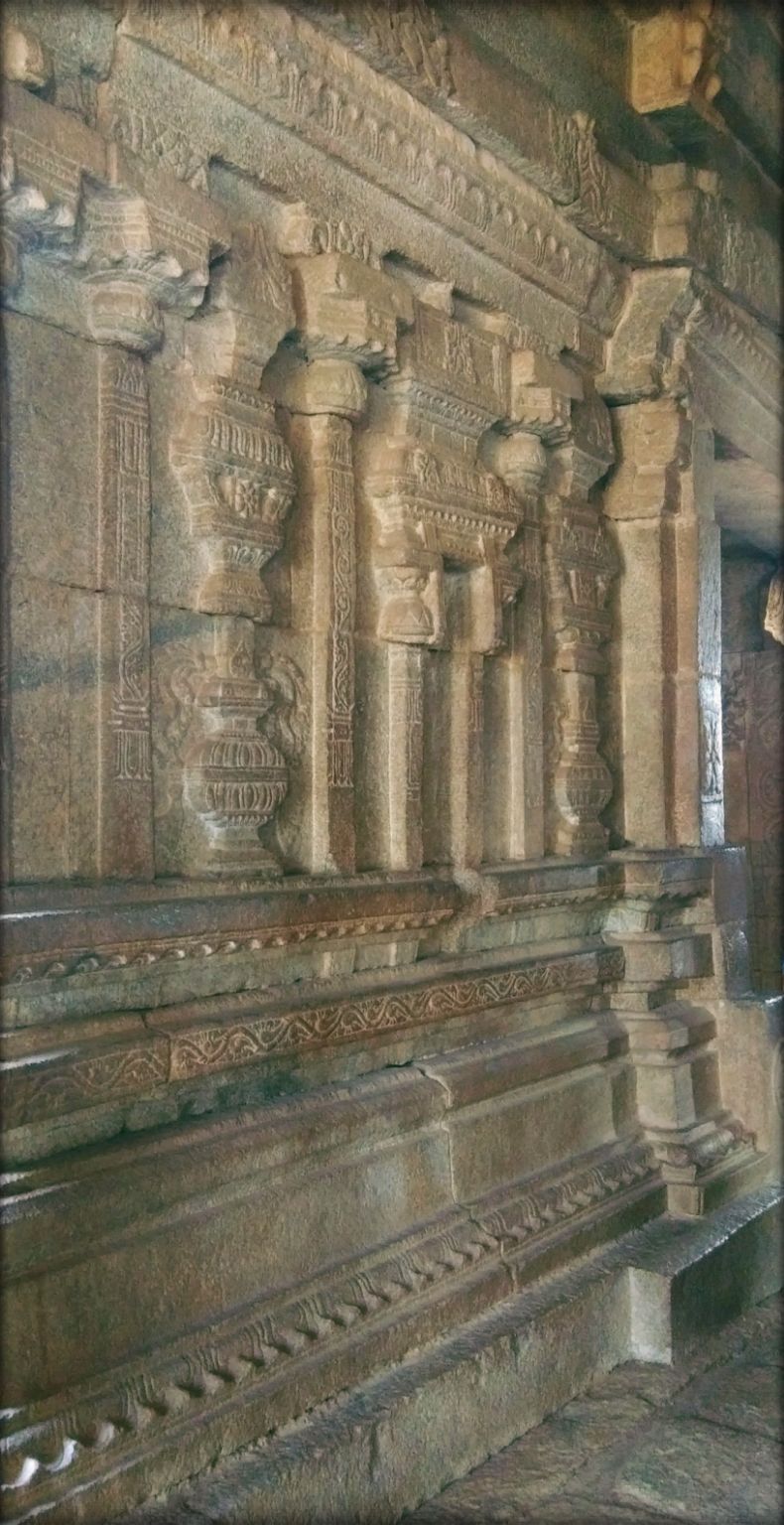 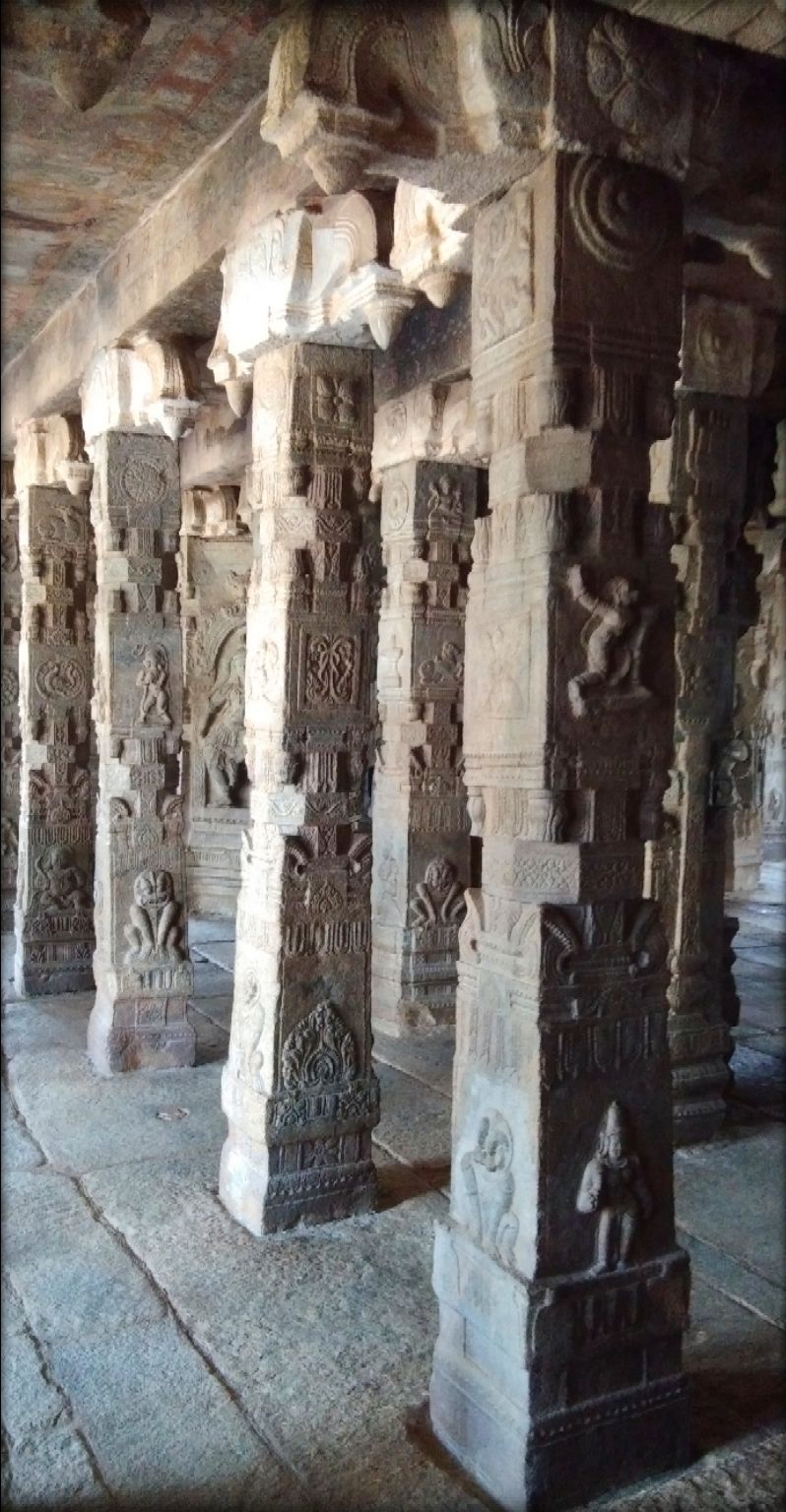 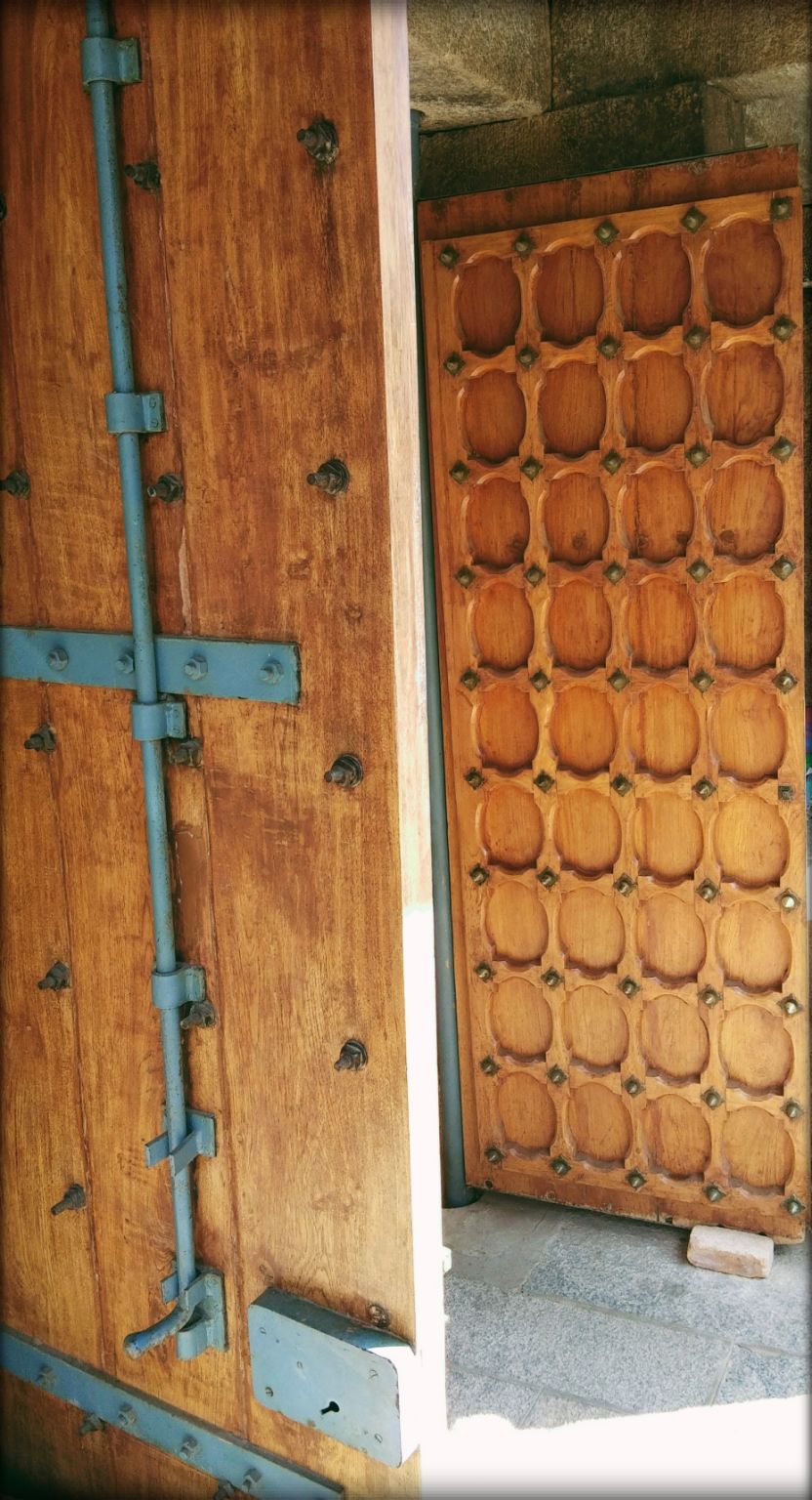 Epitome of Talents and efforts. 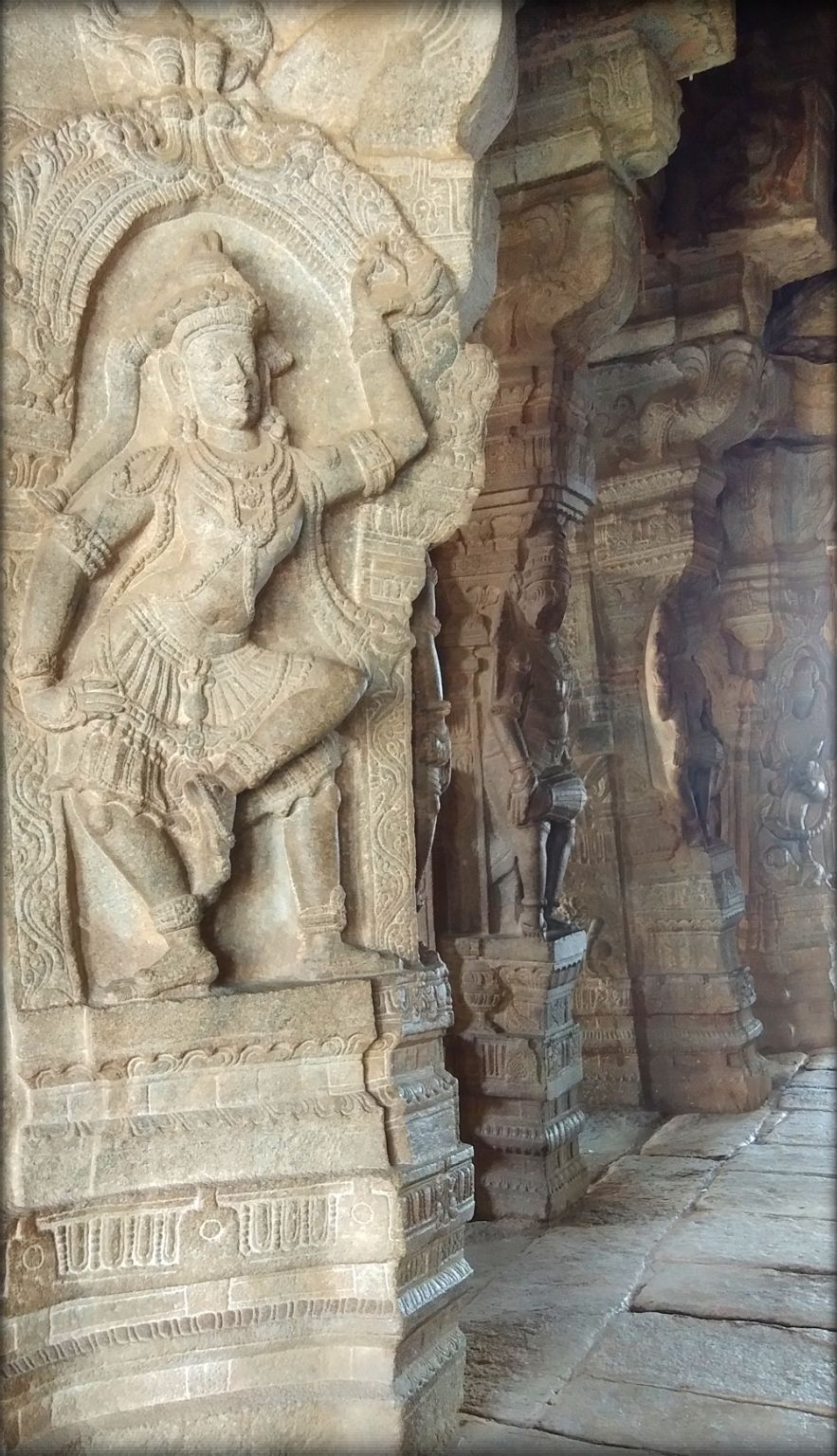 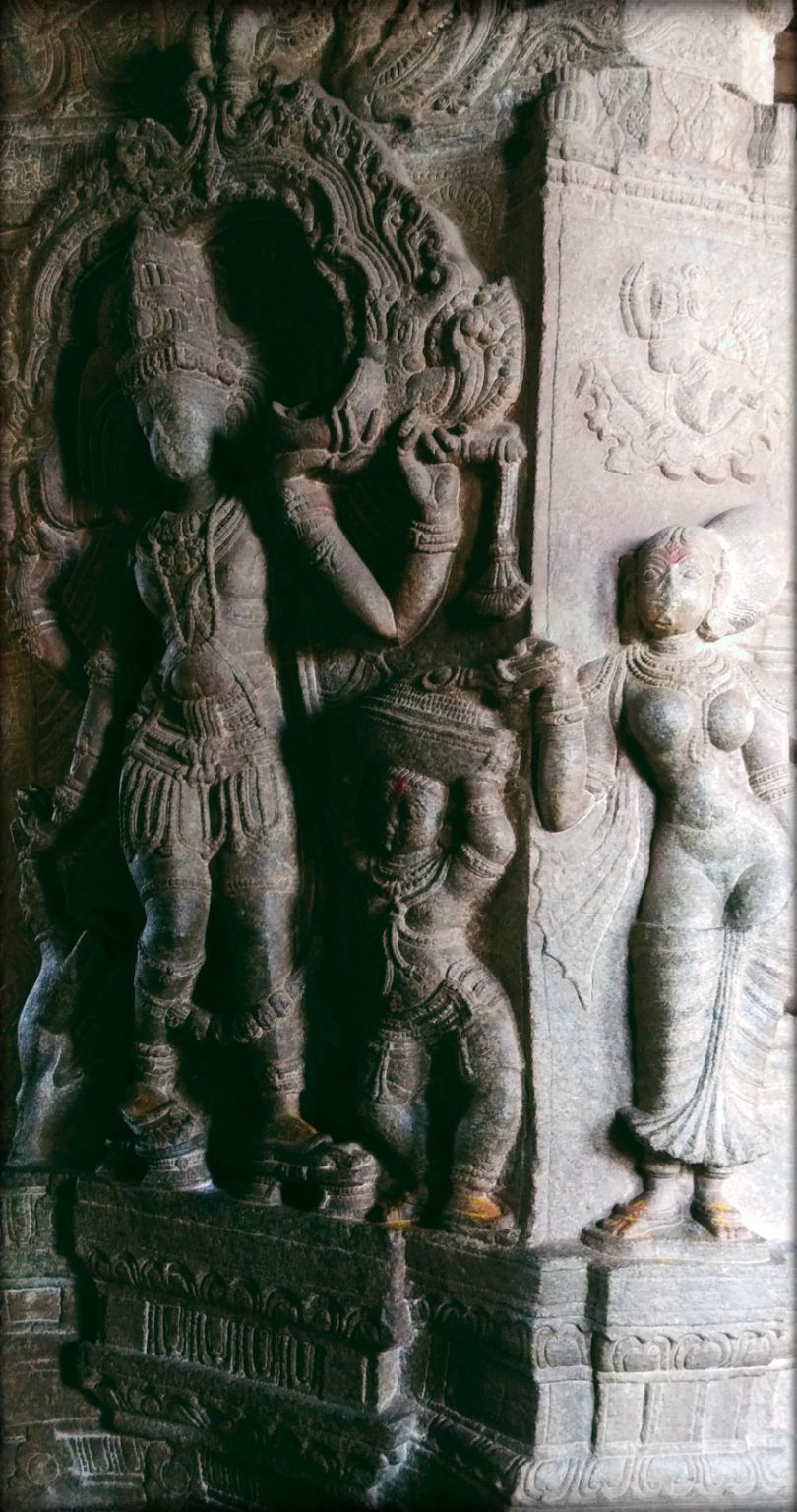