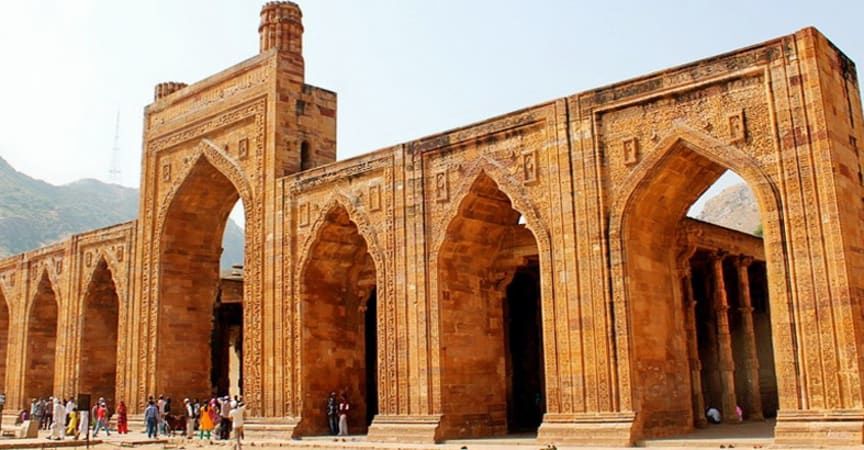 Adhai Din Ka Jhonpra’ means ‘shed of two-and-a-half days’. The name is suspected to come from a two-and-a-half-day-long fair which used to be held in the monument. This monument is a very elegant example of the oldest shrines of Indo-Islamic architecture in India making it the oldest remaining masterpiece in Ajmer.

Initially it was a Sanskrit college which even had an idol of Goddess Saraswati in it but later it was transformed to a mosque by Qutb-ud-Din-Aibak with the orders of Muhammad Ghori in 1192 CE. Since it was originally a Sanskrit monument, it still has Hindu as well as Jain features on the embroidered pillars but the idols of Hindu Gods and Goddesses were removed quite neatly which doesn’t leave any traces and this place comes under the best Rajasthan famous places.