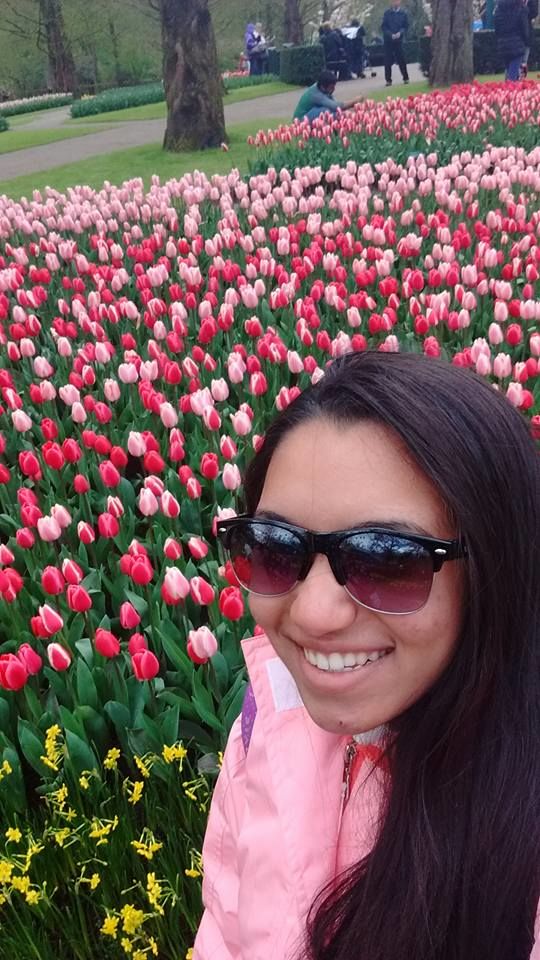 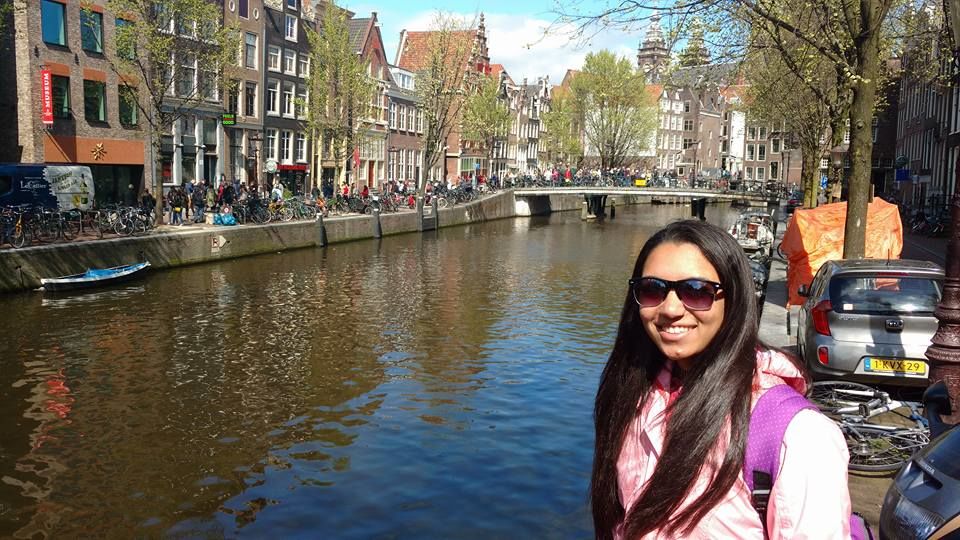 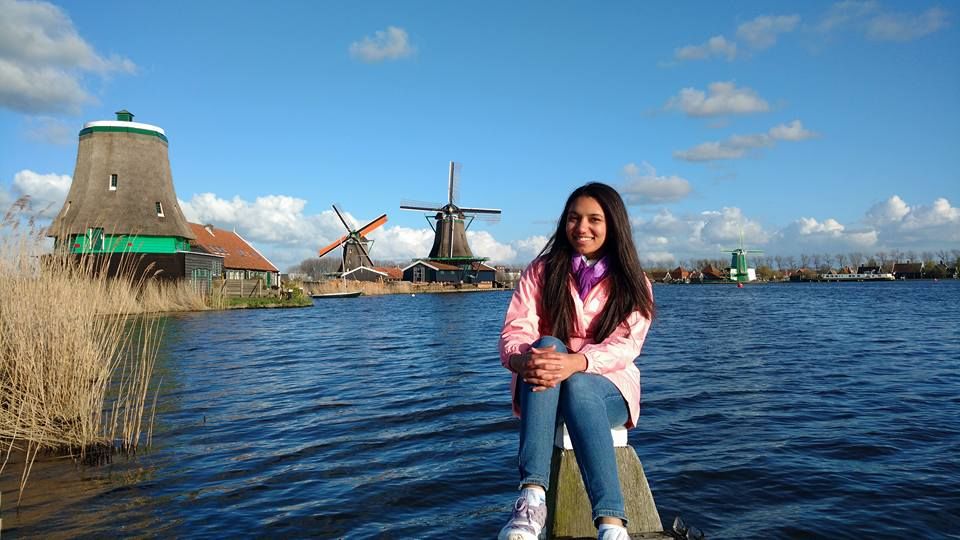 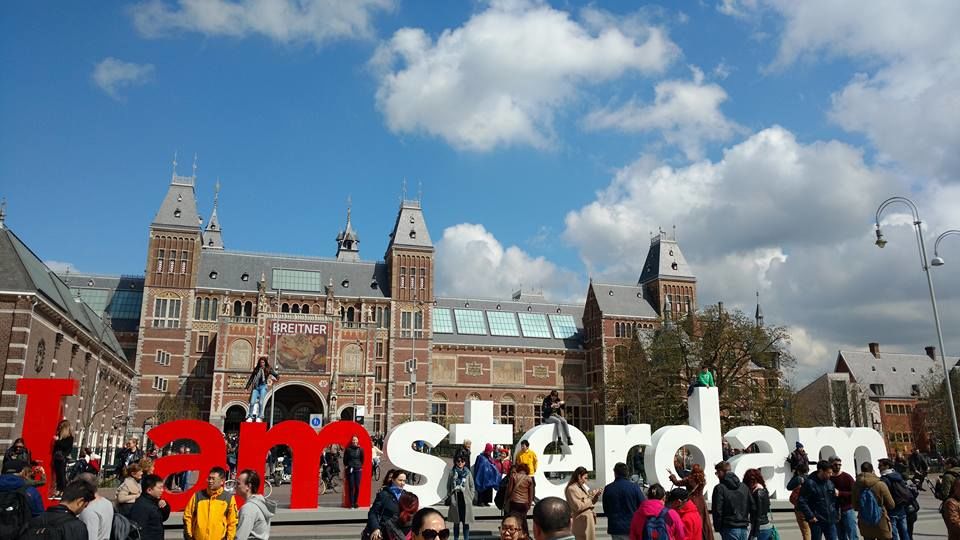 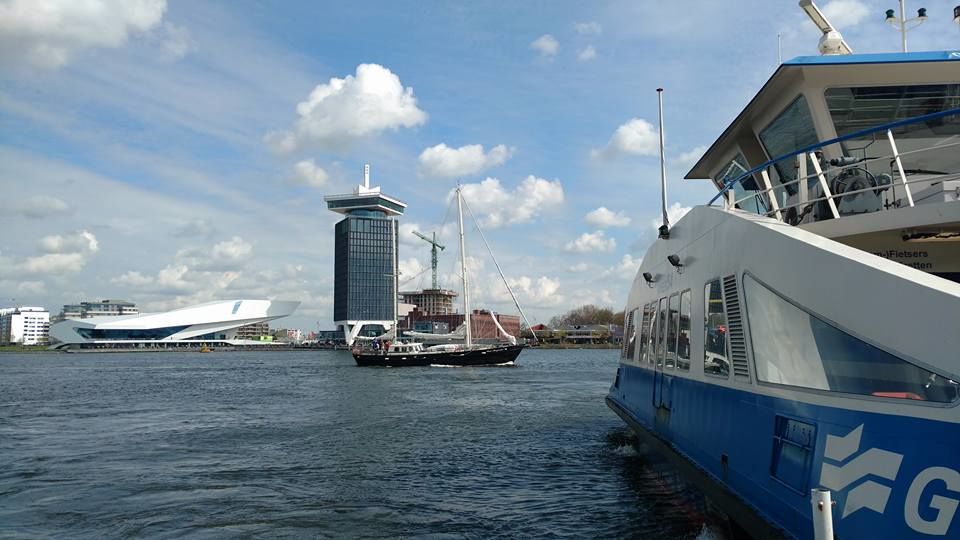 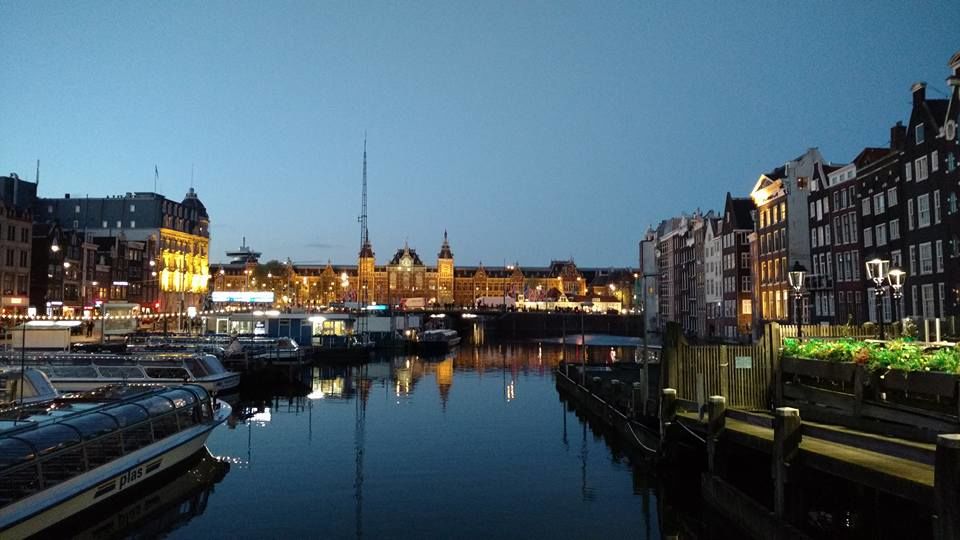 I ended my trip from Rastatt and Schwarzwald, and the thoughts of Amsterdam trip started popping in my head. A close friend was already planning one, and I wanted to hop in as soon as possible. Making and driving arrangements was not a wonderful task, but planning comes as a part and parcel of the package when you want to go to one of your dream destinations. There is a very popular movie in Bollywood called Queen, it instantly sets the mood and ambience of Amsterdam, showing the best parts and culture experiences within the city. Well, not everything about a city can be amazing, Amsterdam has a tiny share of shortcomings too, which I could not agree to, but to each his own.

We set sail from Stuttgart on Friday evening and reached Amsterdam by road exchanging buses from Frankfurt , as the flight tickets for the weekend were showing at exorbitant rates. Luckily we booked the return flight in advance and the duration of our trip was reduced from three to two days. I cannot express how the child in me starts getting excited each time I want to explore and see something new. It is the sheer enthusiasm and the curiosity that leads to such amazing travel experiences each time, and I feel relished about it.

To a traveller who is new to Europe and its culture, seeing another country will fill up your mind with a fresher perspective and break many inhibitions. The best part about this trip was being the only girl travelling along with five boys, and trust me it was sheer joy. I have never felt so safe in my life because each one was such a gentleman and fun to be with. Another peculiar affair that I really want to note down is the fact that I got a glimpse into two languages Dutch and Tamil, what extreme ends! The whole group spoke Tamil and then with some limited knowledge I had and following the hand gestures as well as asking questions as and when needed I surely managed to grasp a few things. Dutch was similar to English and German, it is a combination of both these languages, so the charts and timetables were easier to understand, then the weird announcements in the railway, that reminded me of some German words, but half of my guesses turned out to be wrong.

Amsterdam is known for many things around the world, a few of them taboo in India as well, but legal in Netherlands. I loved the way, the people in this country were open, broad-minded and accepting of certain facts and situations in the society that we are afraid to talk about. The first day was a hilarious one in Amsterdam, we came to the Centraal Station, the main station of Amsterdam from our camping place and explored the canal side areas and alleys along the way. The streets were small yet clean, nothing seemed unusual until evening when the real Amsterdam came flashing in front of our eyes. As we roamed about the streets watching the sex shops,some culture shows and the canals, we were in search of a coffee shop that sold hash or weed, as each one wanted to try some, you  get it here in the form of a brownie in some coffee shops or a joint if you prefer smoking it. Babylon, the coffee shop was the one where we found success. We smoked in some for about 45 minutes and the next three hours in the city were hilarious. Almost half the group was high, and it was fun to know how each one knew the situation the other was in, I can never forget the way each of us took care of each other, and managed to stroll the streets and even dodge some policemen, since this kind of thing is legal here, I tried it openly, but please do not attempt to do such kind of stuff in India as it is totally banned.  I tried both the brownie and the joint so the effect lasted longer. After having done this unusual blunder I swore to myself never to have this kind of stuff, unless of course I am with my beloved one, it blows off your mind to some unknown world, and you feel like you are hovering on some surface. Only after a goodnight sleep, are you fit and fine for another day. This experience was such a funny one, because when you are on the city streets with a huge boy group, half of them high, controlling each person and laughing at those foregone moments is the best deal you can cash on. I never have felt so happy and carefree in my life.

The next day we visited the Tulip gardens and the Windmill countryside, since we had seen enough of the city on Saturday, Sunday was spent in the midst of nature, appreciating what the summer gave Europe, and enjoying the breeze and clean air of an old countryside Amsterdam, where the old windmills were at work. The tulip garden painted a colourful picture in my memory, with hues of orange, yellow, red and white spread across the horizon. Tiny bulbs were lit to perfection, with the suns rays and the spring nutrients.Colourful things always surprise me and it was an utter delight to watch these tiny vibrant bulbs in full bloom at this time of the year. It spread positivity all around. I got the same feeling at the windmill countryside, only bicycles were to be seen in the vicinity, with perfect tiny cottages and man made huts of straw, long roads leading to nowhere, a water body or a small lake to draw water, and the windmills functioning by the power of wind and water on small turbines, no noise except that of the streaky noises we made and a gentle yet aggressive flowing breeze along the way, it was cold yet pleasant, sunlight stormed in from each side brightening up the meadows that stretched till man´s eyes could see. I really don’t have more words to describe the beauty of this simply marvellous location. In the evening we had a brief walk at the red light area and I pondered over the fact that the women in this city are safe because the prostitutes willingly practice the trade, keeping the other womankind safe. I could not stop but wonder at the situation, how casually this thing was taken granted in other parts of the world, whereas here I saw that it was respected.

The next day was my last in Amsterdam, we did a normal city tour along the Rijksmuseum and I AMSTERDAM area , where a lot of tourists throng in due to the large presence of museums in this area. It was a sight to behold, with so many tourists wanting to get their pictures at the most wannabe destination in Amsterdam, well and so ended my trip in the one of the scenic and marvellous cities of the world. I have learnt a lot in this trip, about this city and a little bit about the society too. The people over here are very friendly and understanding, at each point each person has helped me in this city, the government has put a lot of thought and efforts into making this city friendly for the mentally challenged and blind. I stayed at a camping hostel called Camping Amsterdam with Ajay, Loki, Suga, Gopi and Arun who made this trip really a memorable one. Instead of staying inside the city I would say it was a wise decision staying near the countryside, since we could explore the city in a more organised and broader sense. Well then power to travel.

Do explore your best in Amsterdam, Netherlands.