Ever Heard About The Cherrapunjee Of The South?

Ever Heard About The Cherrapunjee of the South? 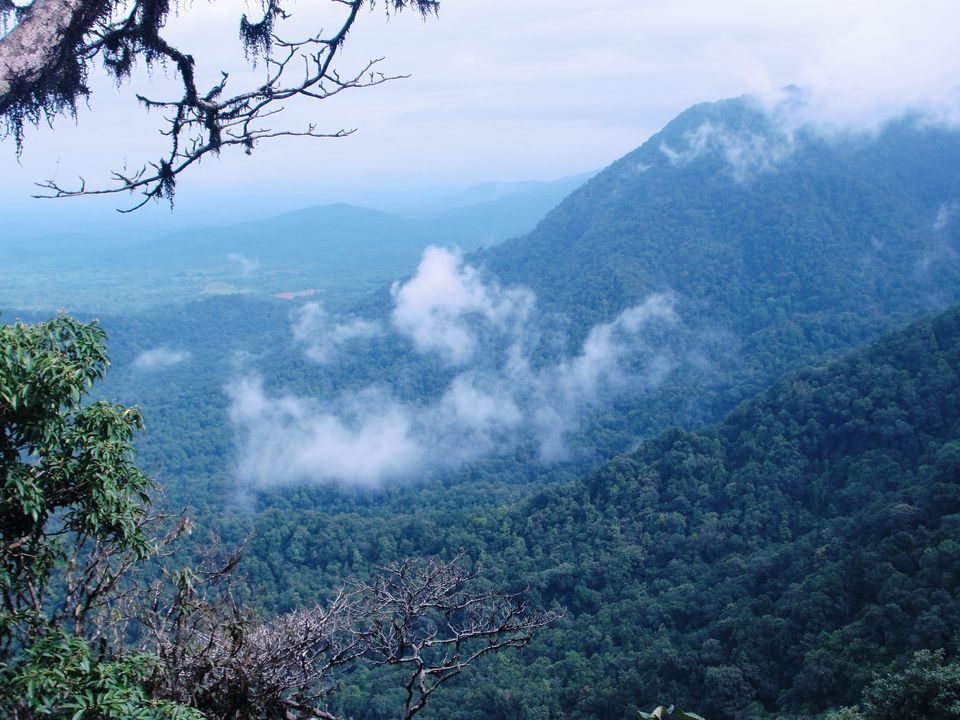 The moment we refer to a place with the heaviest rainfall, the first name which comes to our mind is "Cherrapunjee". But do you know in the southern part of India, there is a small village called "Agumbe" in the state of Karnataka, experiencing similar heavy rainfall. Most appropriately it has been named as the "Cherrapunjee of the South".

Agumbe receives almost 7620mm of rain annually and is one of the spectacular places to visit during the Monsoons.

Located at a height of about 2000 feet from the sea level, the village portrays its beauty through its natural aura and wonders.

The solitude and secluded location of the place, lures travelers yearning to spend times in peace and calmness. There are small houses dotted across the entire landscape of the village along with few homestays for the visitors.

Places to visit near Agumbe

You can hop over to quite a number of places near Agumbe. At the sunset view point, you can watch the spectacular display of the sun's golden hue. The rains may somewhat act as a hindrance to the view, yet the view is still mesmerizing.

Two beautiful waterfalls Jogigundi and Koodlu, are popular sightseeing spots. The gushing sounds of the waters pouring down across the rocky cliffs amid the greenery, is a treat to the eyes.

For the religious minded people, Sringeri Sarada temple and one Jain temple are worthy to visit. You can offer prayers and seek blessings from the holy Lord. The temples are considered to be very auspicious by the locals.

The adventure seekers too wont miss the fun out there in Agumbe. They can walk and trek towards the Kunda Hills and enjoy the mystic views of the surrounding landscape.

Kavaledurga Fort is another key attraction of Agumbe, especially for the history buff. It belongs to the 9th century. Trekkers can walk through the nature trails to reach the fort.

More about the flora and fauna

Wildlife admirers will definitely love Agumbe for its intriguing flora and fauna. You can watch the tiger, bison, leopard , sambar, gaur and many more animal species in the dense forest areas of the village. It also houses some of the endangered species of plants like Adenia, Dysoxylum and Tarenna Agumbensis. Bird watchers can also enjoy observing the birds chirping around in their natural habit; the key ones being Malabar Trogon and Bulbul.

Dr Romulus Whitaker, world famous herpetologist and famed for winning the Whitley gold aware, is instrumental in creating India's first Automatic weather station in Agumbe. The main objective of the its establishment is to watch and monitor the changes in the rain forests. The other parameters being checked are the rainfall, solar radiation, wind speed, temperature and humidity. The latest technologies, equipment and facilities are leveraged at the weather station for capturing the meteorological attributes.

The months of November, December, January and February are the best to visit in Agumbe. It is recommended to avoid the months of heavy monsoons starting from June.

The nearest airport is at Mangalore and the nearest railway stations are at Shimoga and Udupi. Numerous buses ply between Bengaluru and Agumbe.

Agumbe is a pristine and serene village, devoid of the modern amenities and luxuries of a city or a town. But the immense natural wealth at its disposition is fascinating and worthy of spending a memorable vacation.