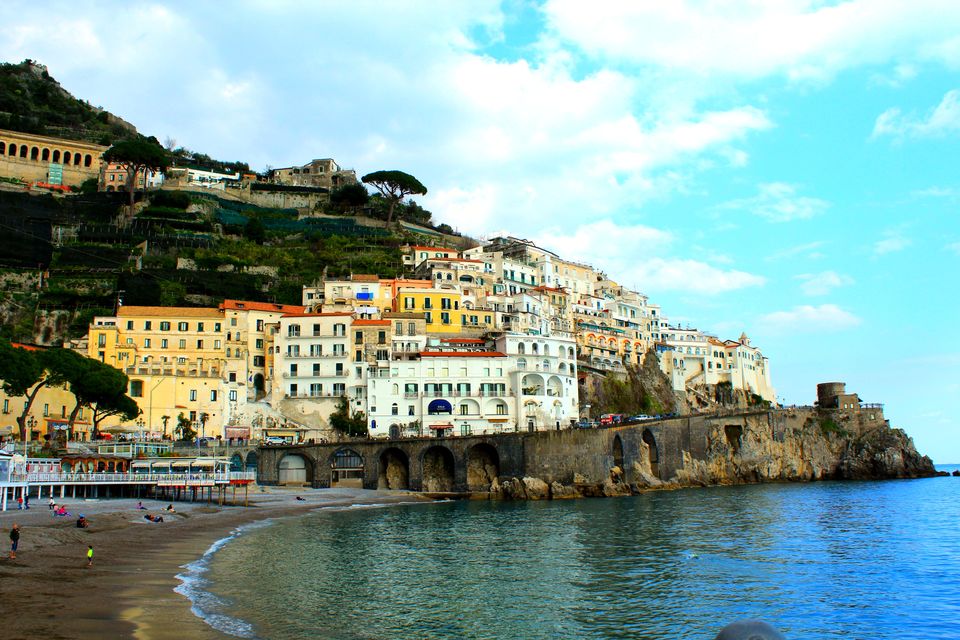 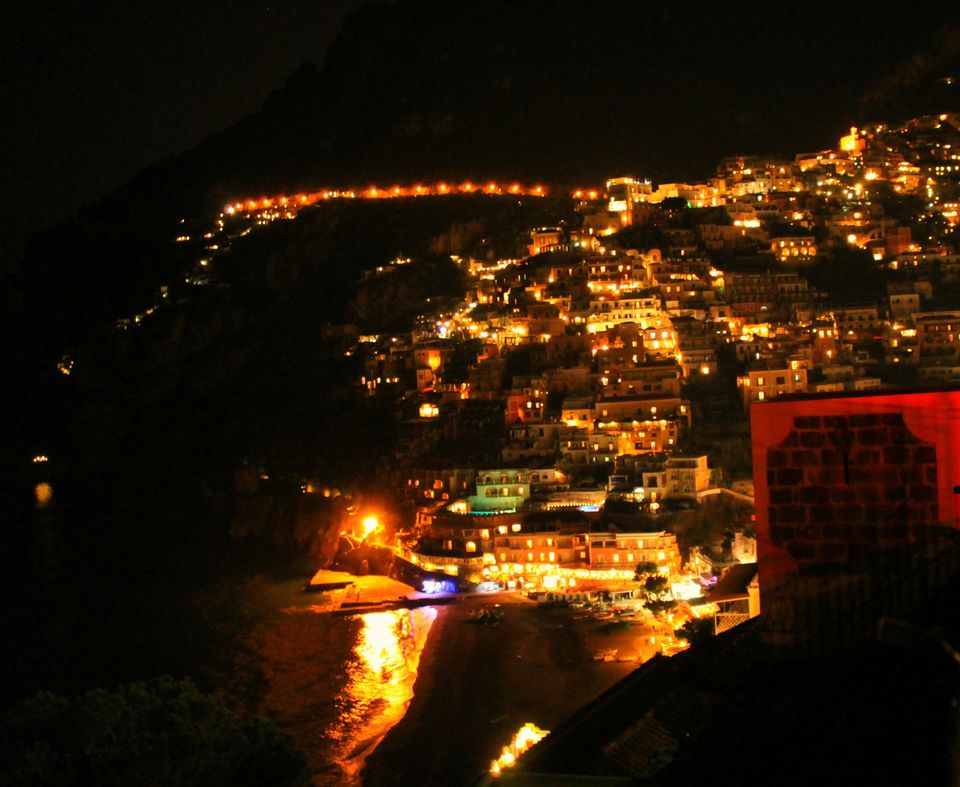 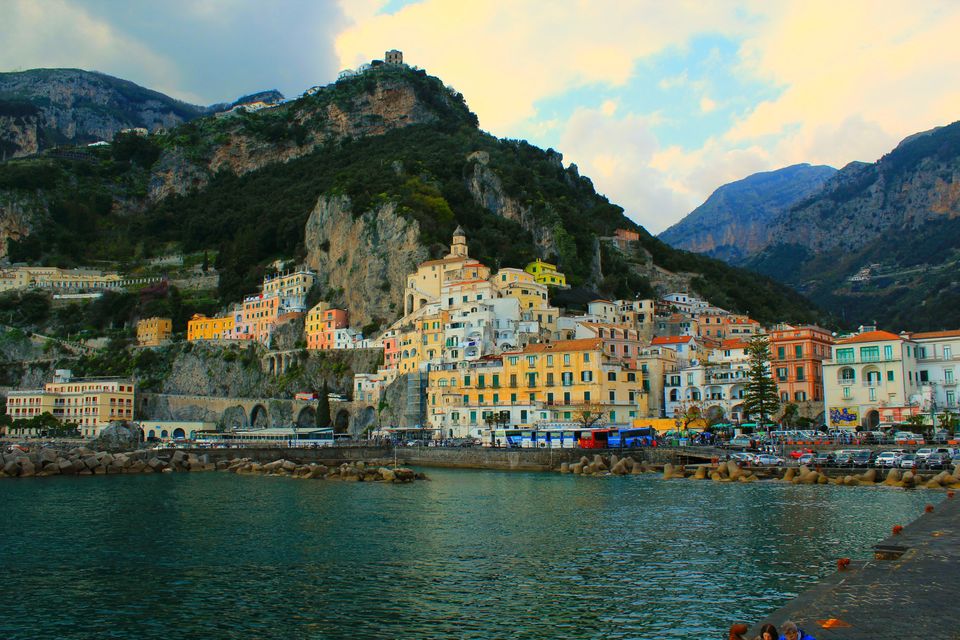 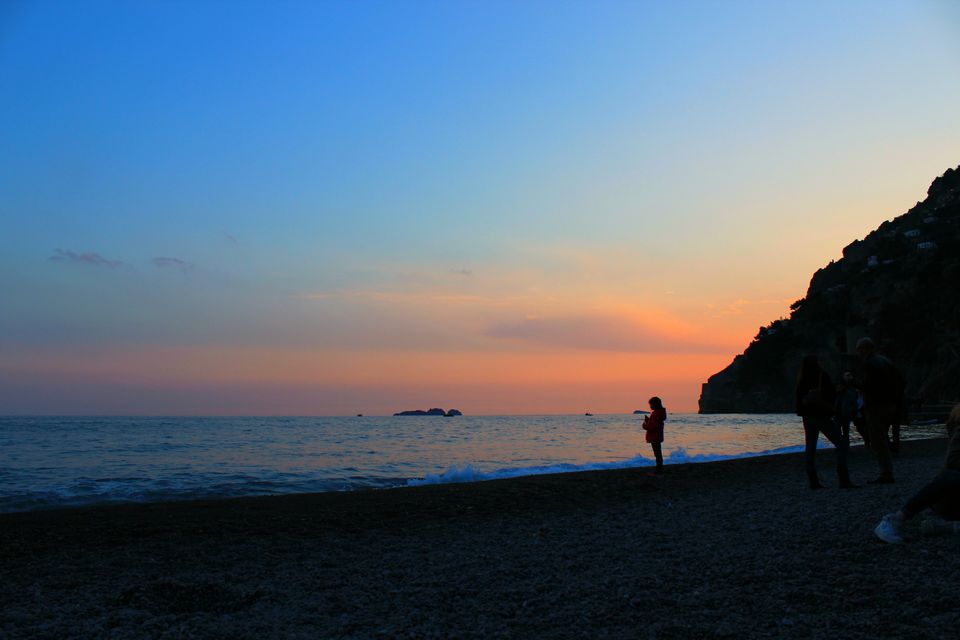 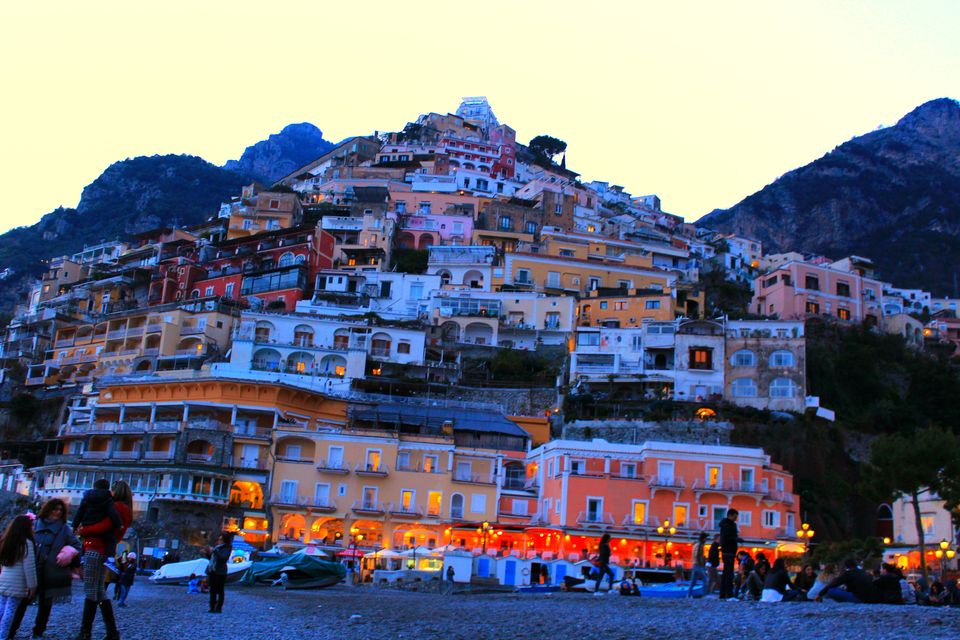 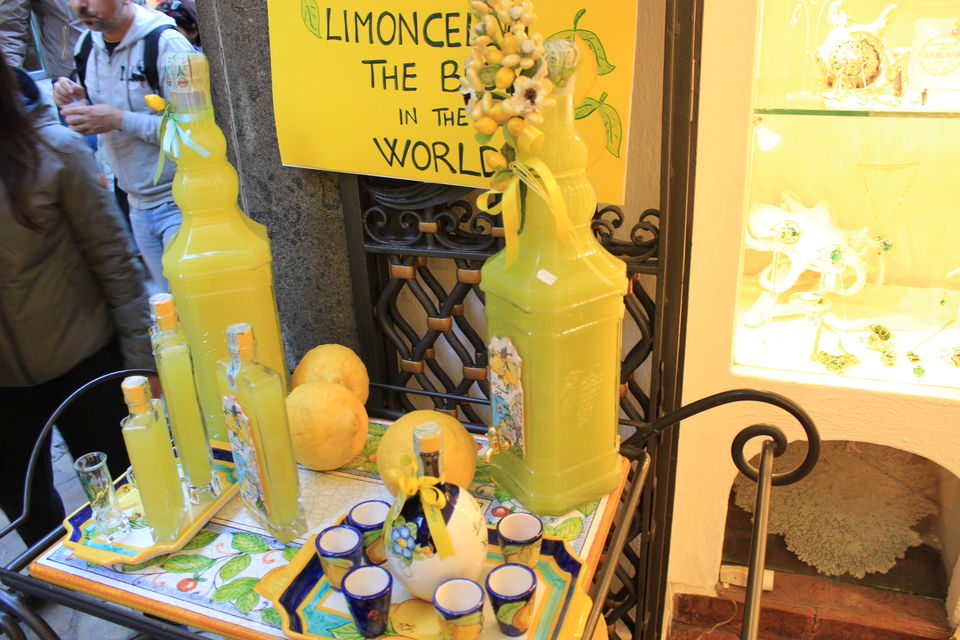 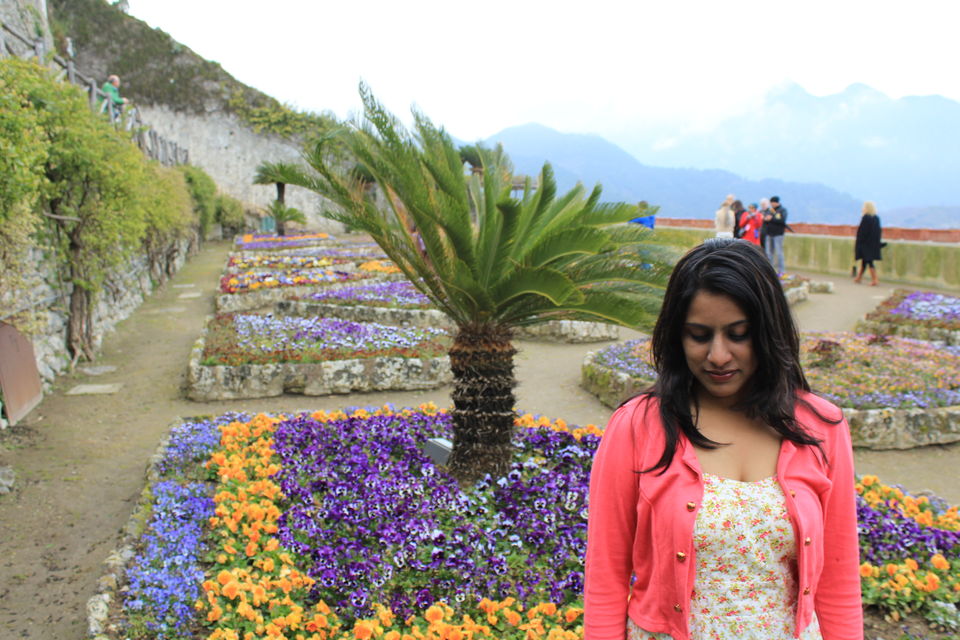 A legend tells that when people of Amalfi die and go to heaven, they look around and say: “Well, nothing new. It looks just like home!”

Amalfi coast is along the south of Naples bay. It composes of cute villages out of a fairytale. What makes the coastline dramatic are the pastel shaded houses perched on a cliff by the sea. I have been to beaches and hill stations but being to both at the same time is a delight.

These villages are along the south of the coastline and a mountainous region has to be crossed from naples which makes it difficult to access and hence it is not a popularly known international holiday destination. However it was famous among the elites in southern Europe in the past. When, in the mid 1800s, Prince Ferdinand of Bourbon constructed the coastal road between Vietri sul Mare and Positano, allowing easier access to this beautiful stretch of Italian coast.

There are two ways to reach the Amalfi villages from Naples

Both the routes are very exhausting. We stayed at Maiori . It is beautiful town with a beach. Italy is a catholic country we arrived at Maiori on a good Friday. The whole village had red candles lit up and were on a procession to the church. Maiori has an elegant beach to walk at night ! we were too tired to take that opportunity so we skipped.

Below is the itinerary we followed

We stayed in Maiori in an Airbnb Apartment which costed us 33 Euros. The town was beautiful but unfortunately we could not spend time at the beach. We purchased some souvenir Limoncellos.

We left from maoiri to Amalfi using a STIA bus.  The ride was about 30 minutes but you will be holding your breath throughout the journey.

The buses are driven by trained drivers who make your heart skip a beat when you brush against the fence on the turn. Just sit back and enjoy the ride if possible in the front seat where you can to see the villages along the cliff.

Tip: SITA buses have offices where you have to purchase a ticket before getting on .you CANNOT get a ticket in the bus. The frequency is one hr so have a ticket in hand! The daypass is useful which costs 8 Euros. A single ticket for 60 mins costs 2.2 euros.

Amalfi was a cute city on the cliffs with elegant souvenir shops and posh bistros. The attraction there is the Duomo, the huge church on the top of a flight of stairs which looks beautiful from down the beach. Legend says that if you walk hand in hand with your loved one on the stairs of the church you will not get married to them :P

There is a view point on the rocky beach where you can see the panaroma of amalfi – It looks  like a painting !

Ravello is a hilltop town. It is about 45 mins by SITA bus from Amalfi. Ravello is a serene place isolated from the hustle of the world. Feels peaceful to be there and it is not as crowded as Amalfi. Two attrctions there are

There both have an entry charge of 5 euros. They are a big villa built along the cliff where you can witness an amazing view of these cities. The famous view of Ravello  in pictures is shot from the Villa rufolo.

Ravello being on top of the hill makes it a good starting point for many hikes. The ‘path of gods ‘ as people call is one of the hiking paths from Ravello to Amalfi. It is called so because of its alluring view along the path. It requires a day to reach Ravello and trek back to Amalfi.

After Ravello we left to Positano. It takes about an hour from Ravello to Positano. Positano , is from out of a fairy tale. A cliff town overlooking the beach and the most enchanting passage to the beach  from the city.  An hour was definitely not enough in Posinato as the websites had mentioned.

The Amalfi coast is famed for its production of Limoncello liqueur and the area is a known cultivator of lemons. The lemons there are very tasty! You will not have seen such big lemons in your life

Positano had the famous lemon shops where everything was made of lemon- Saps, Candles, Liquor, Dolls.

Positano is famous for its ceramic shops. The hotels there have ceramic top tables.

Positano has a pebble beach, one of the reasons the water is so clear. The sunset looked beautiful from the beach. From positano we left to Sorrento where we had planned on Camping. The last bus from Positano was at 8 PM . We ran our way back to the bus. We hardly managed to squeeze into the bus hanging on the footboard. We took a whopping 2 hours to reach Sorrento.