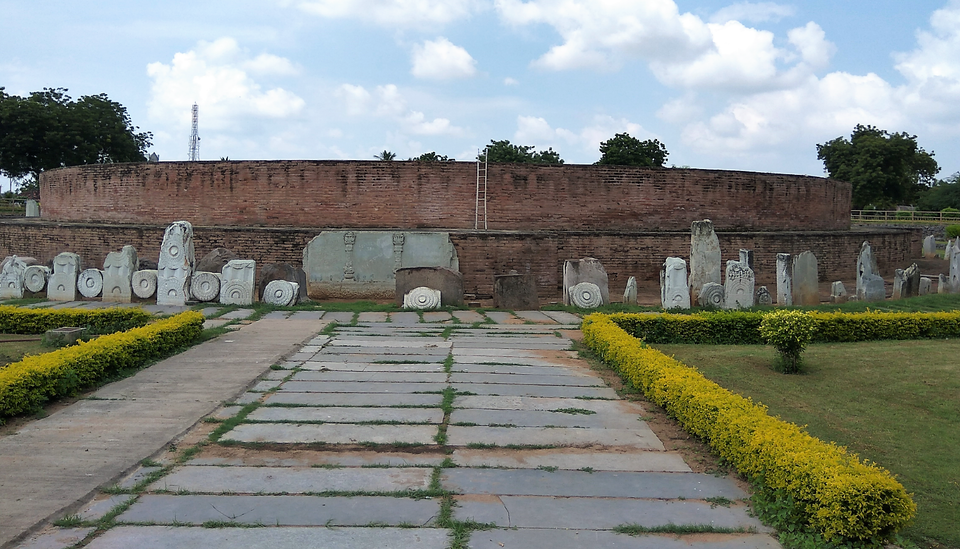 The southern state of Andhra Pradesh has had a profound influence of Buddhism. There are several theories that believe that Lord Buddha himself visited Andhra Pradesh when He gave sermons at Amaravati during the reign of King Suchandra. Buddhism spread in a big way during the reign of emperor Ashoka as well as under the dynasty of the Satavahanas who rose to power shortly after Ashoka's death. The state is full of Buddhist sites that are of prime historical and archaeological importance.

Arguably the most famous Buddhist site in the state, Amaravati is located in Guntur district on the banks of the Krishna and is synonymous with the magnificent Buddhist monument or the Mahachaitya. Also called the great stupa of Amravati, this stunning relic with a whopping diameter of about 50 meters, is one of the largest stupas of the country.

While the initial construction was plain and modest, several ornamental modifications were carried out subsequently under the reign of dynasties like Satavahanas, Ikshvakus, Chalukyas, Pallavas etc. The entire structure was known to have been adorned by ornate sculptures, carved railings, ayaka pillars, friezes, coping stones and other coverings.

The mahachaitya in its present form is plain and devoid of all sculptural artefacts, most of which are displayed as exhibits in the Amravati museum as well as the museums of New Delhi, Chennai and even London.

The city of Amaravati has two museums, one simply called the Amravati museum that houses several statues, relics, artefacts and objects related to Buddhism. The highlight of the museum is the model of the "Purnakumbha", a prominent Buddhist relic casket in the centre. The Amaravati Heritage centre and museum located close to the bus stand in the city is an eye opener into the origin, history and evolution of Buddhism in the state.

Starting with the details on the life of Gautama Buddha and spread of Buddhism in the state, the museum is a treasure house of information on the various Buddhist sites in Andhra Pradesh. There are several statues, torsos and pada (feet) of Lord Buddha in addition to intricate slabs depicting Samkhapala and Sibi Jataka.

In line with the rich heritage of Buddhism in the city and with a view to promote tourism, the government has completed the Dhyana Buddha project which houses a stellar 125 feet statue of Buddha in a meditative pose along with a museum like hall that is replete with several detailed Buddhist sculptures including depictions of the four noble truths, eight-fold path and important scenes from the life of Buddha.