Amsterdam, Noordwijk, Bruges and Antwerp - Making most of a business trip 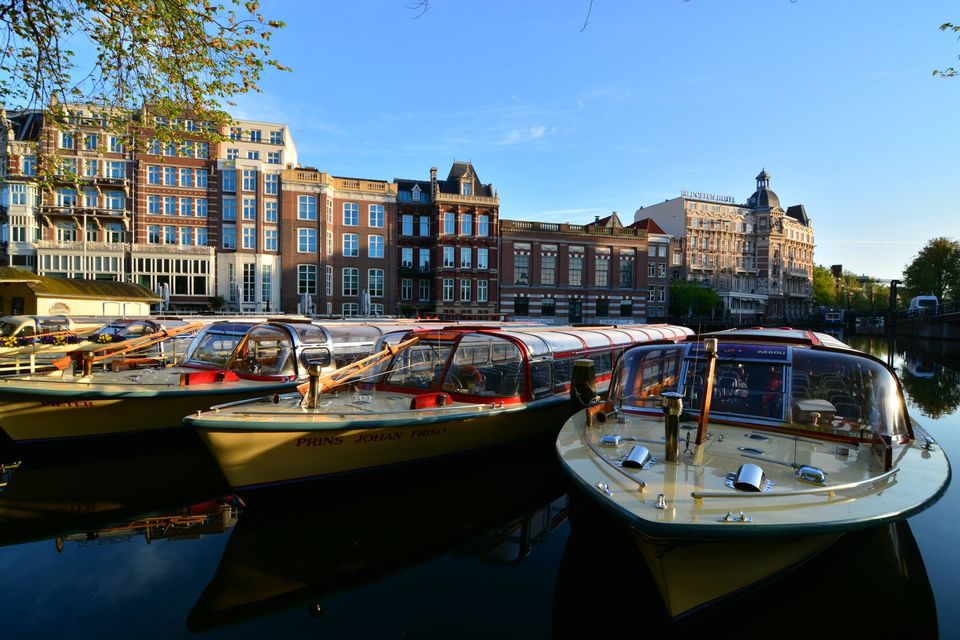 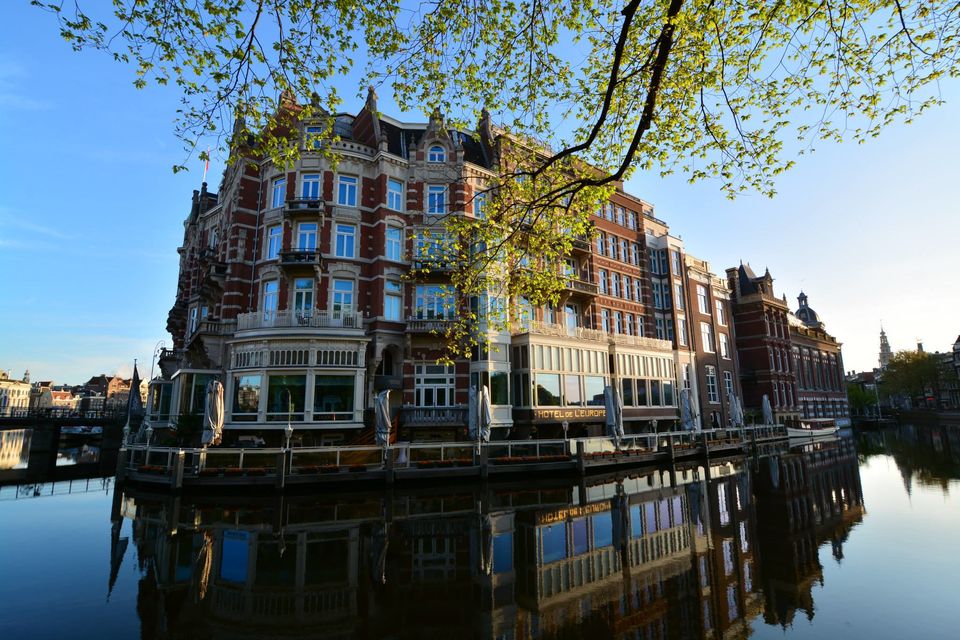 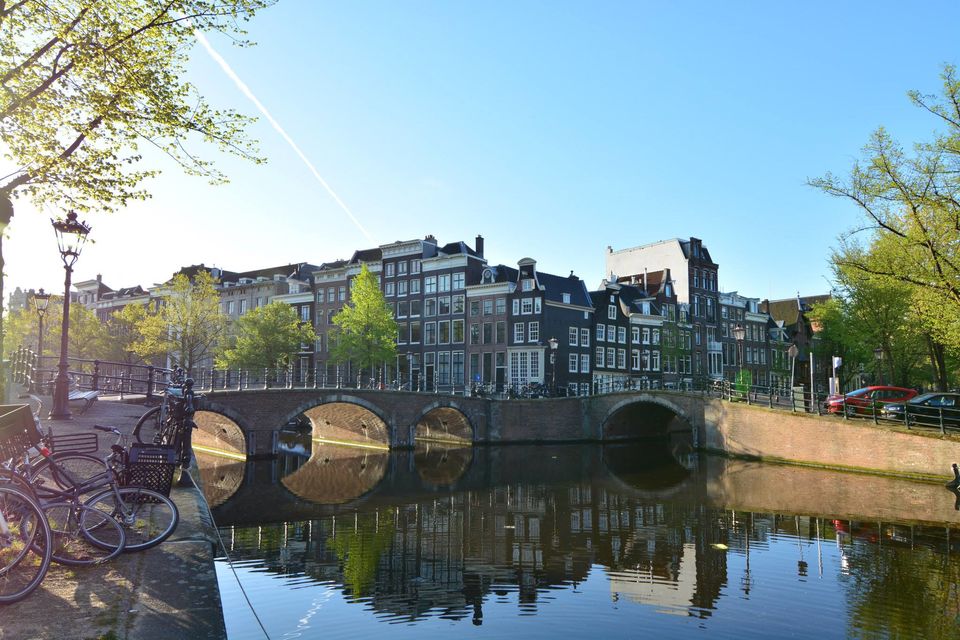 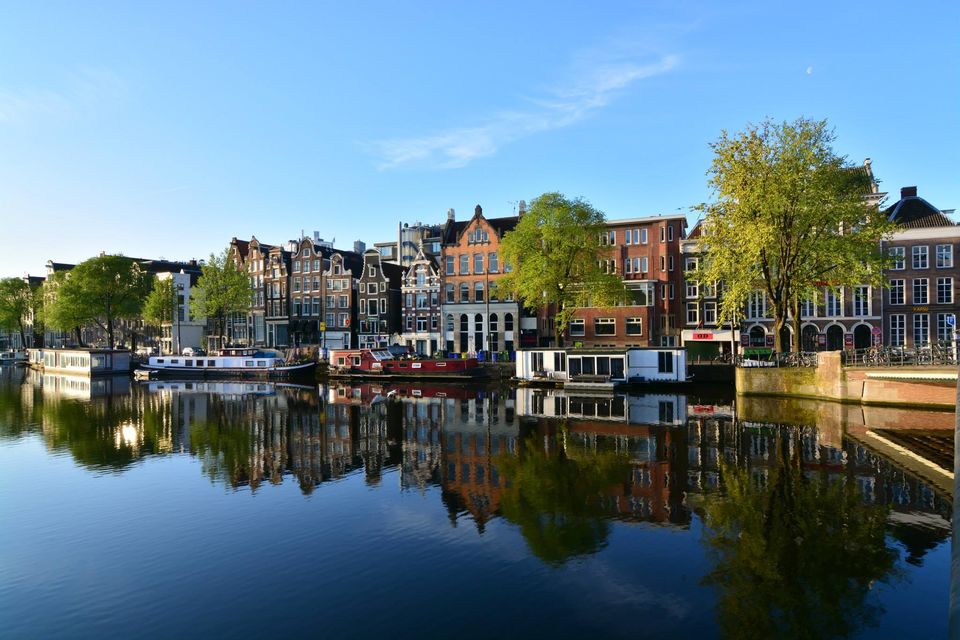 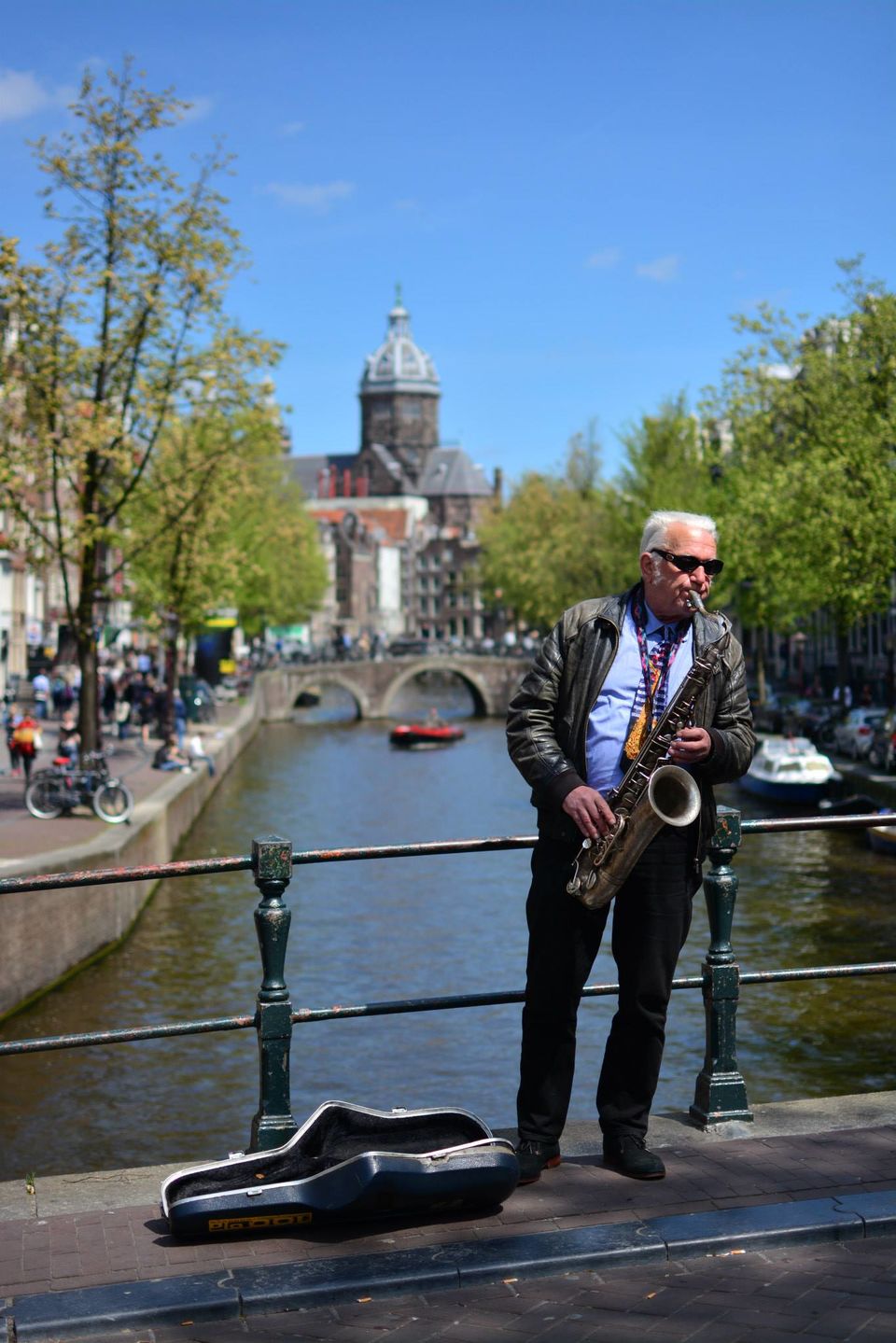 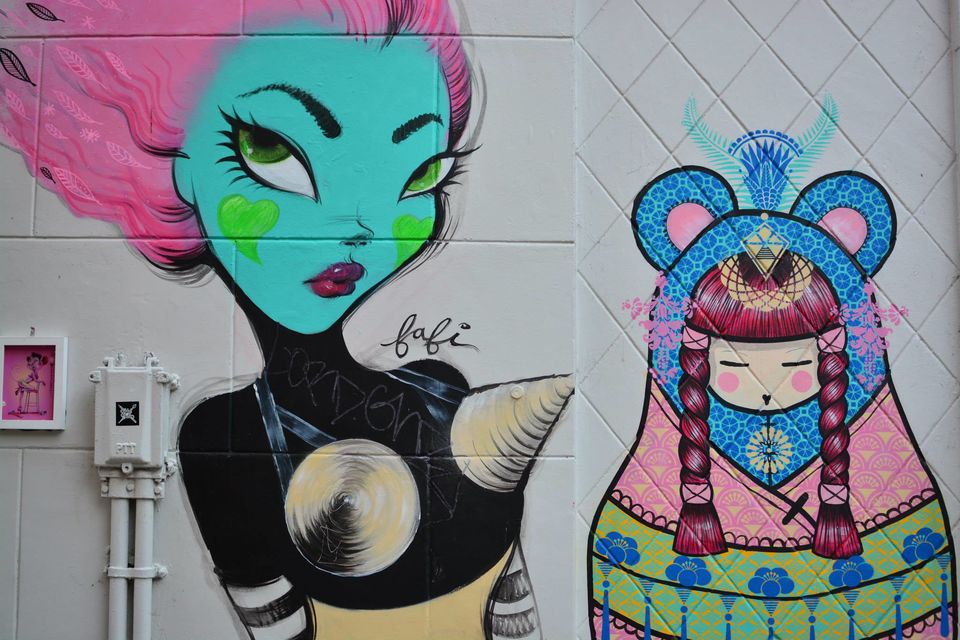 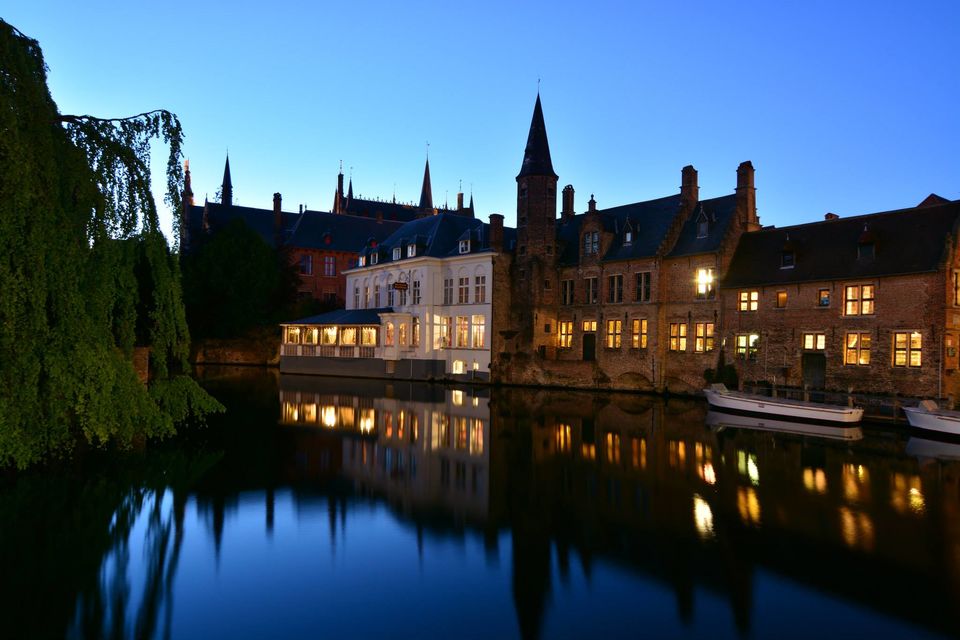 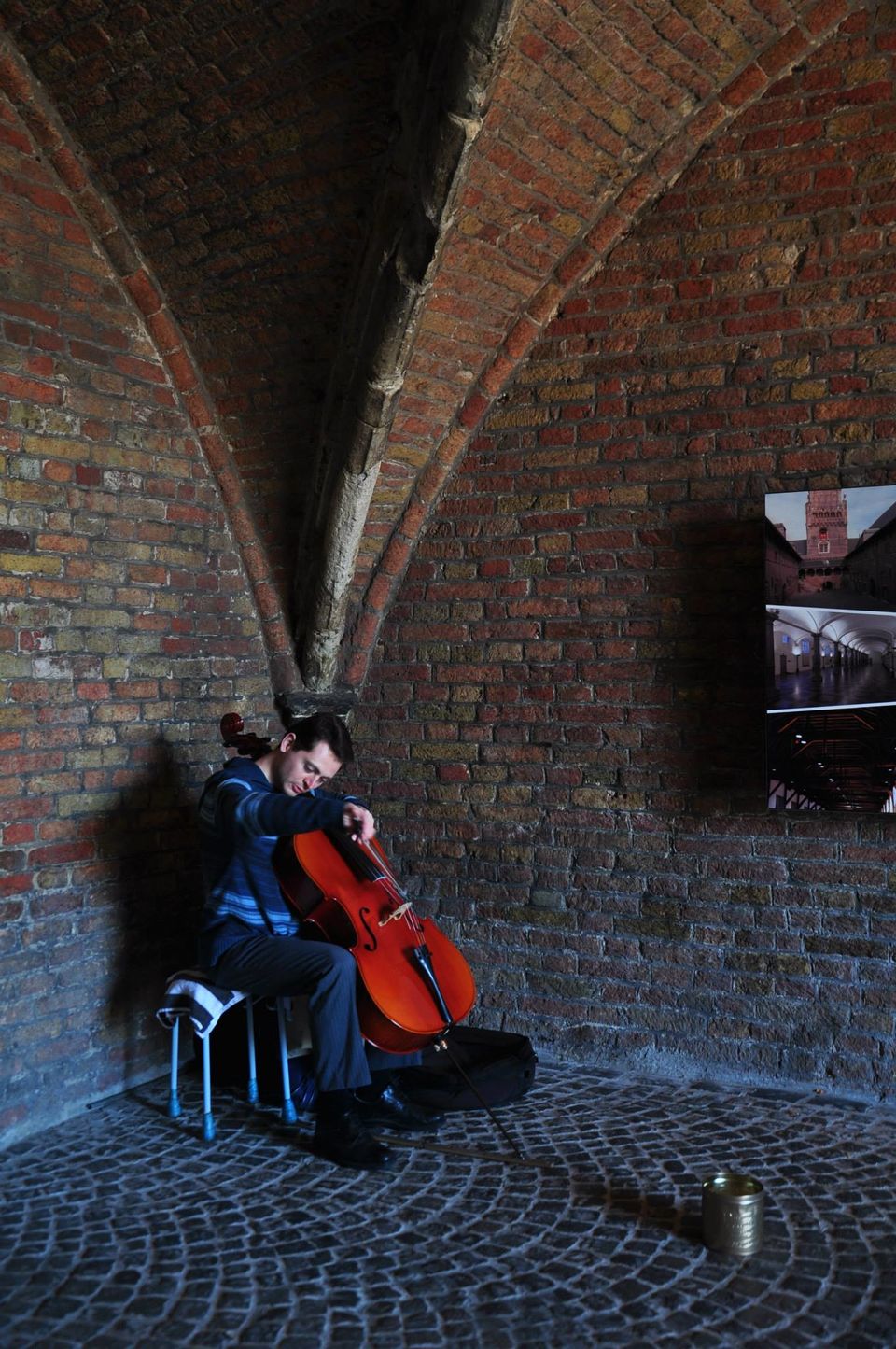 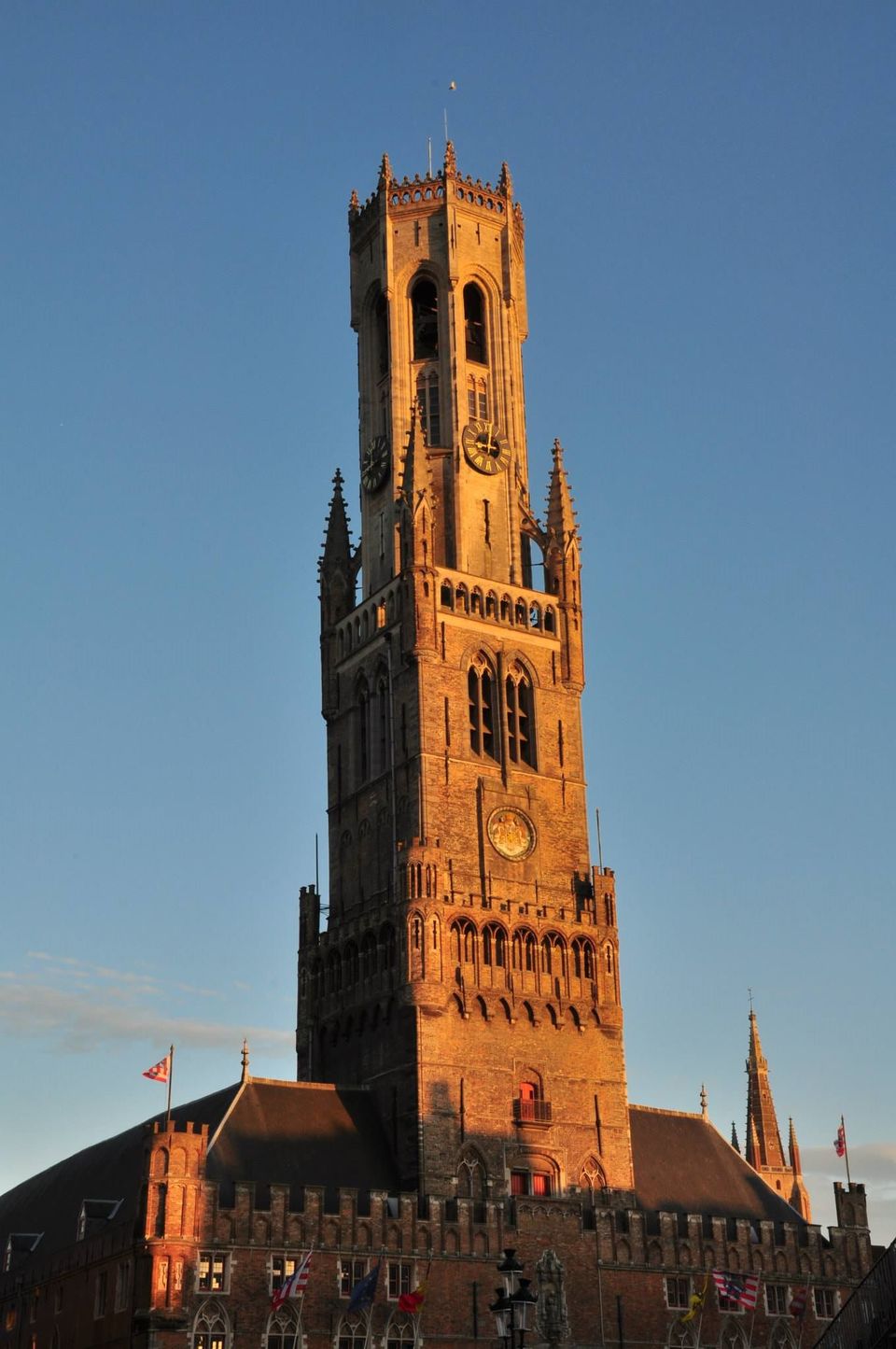 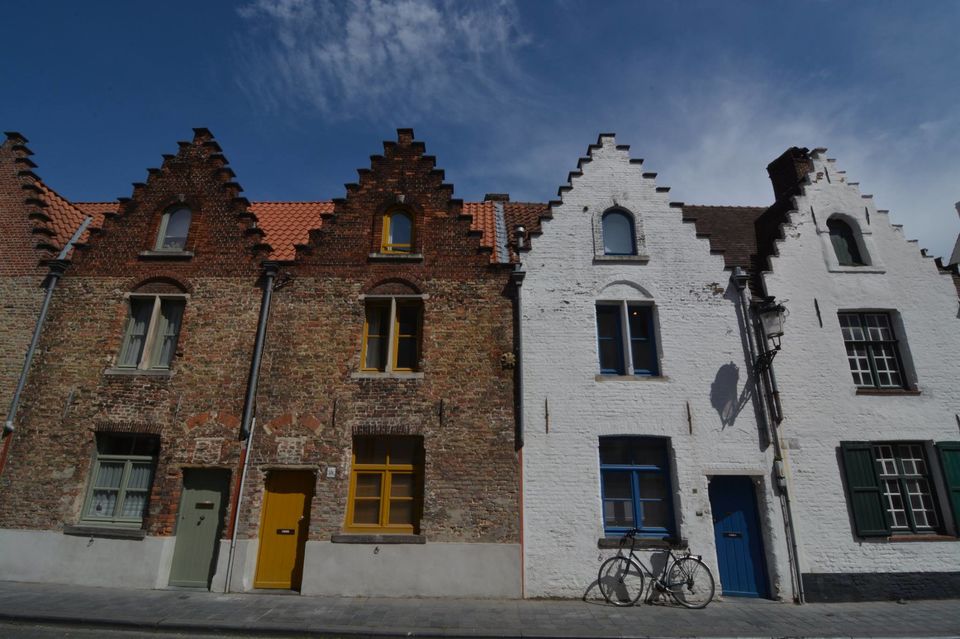 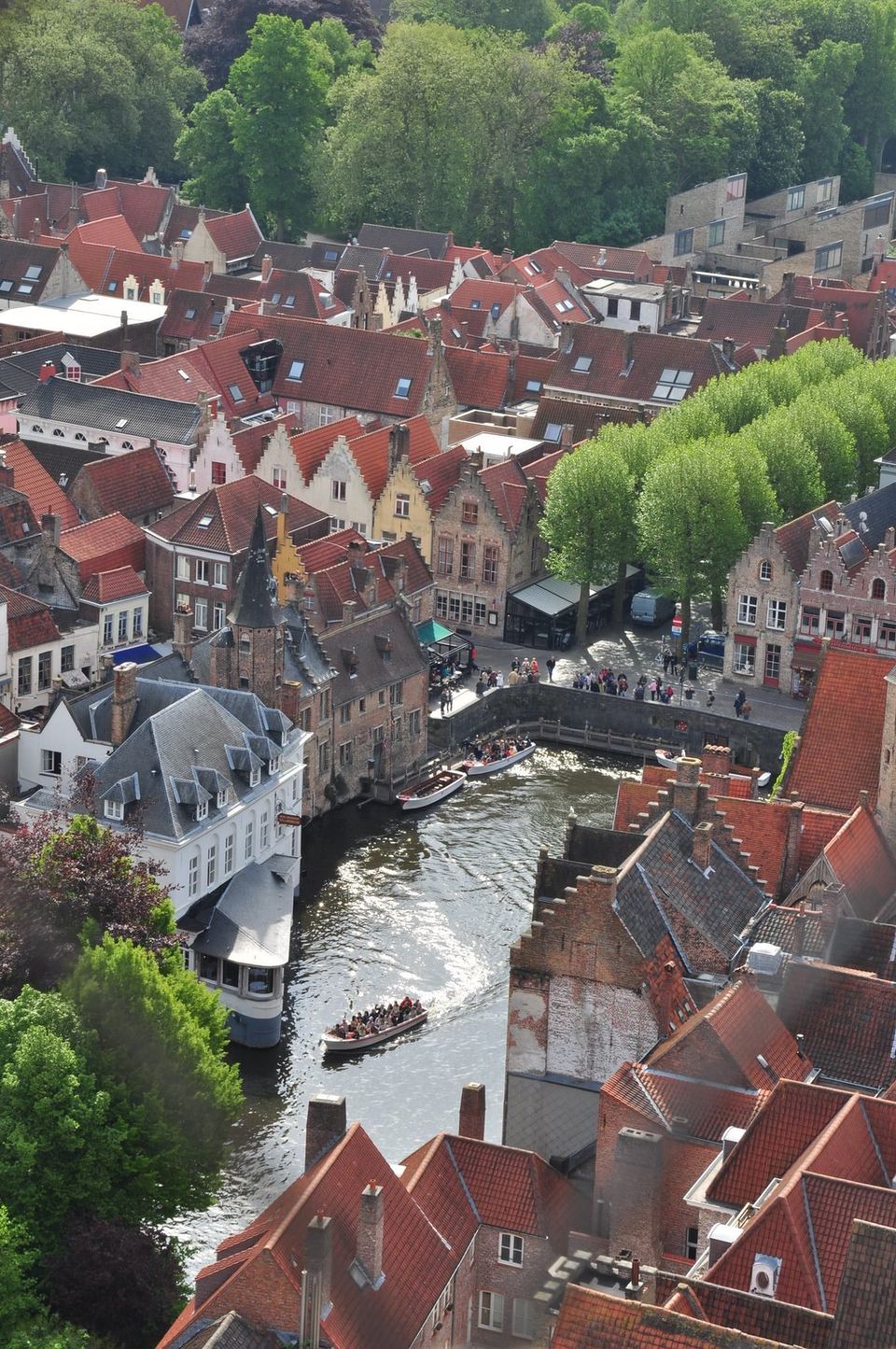 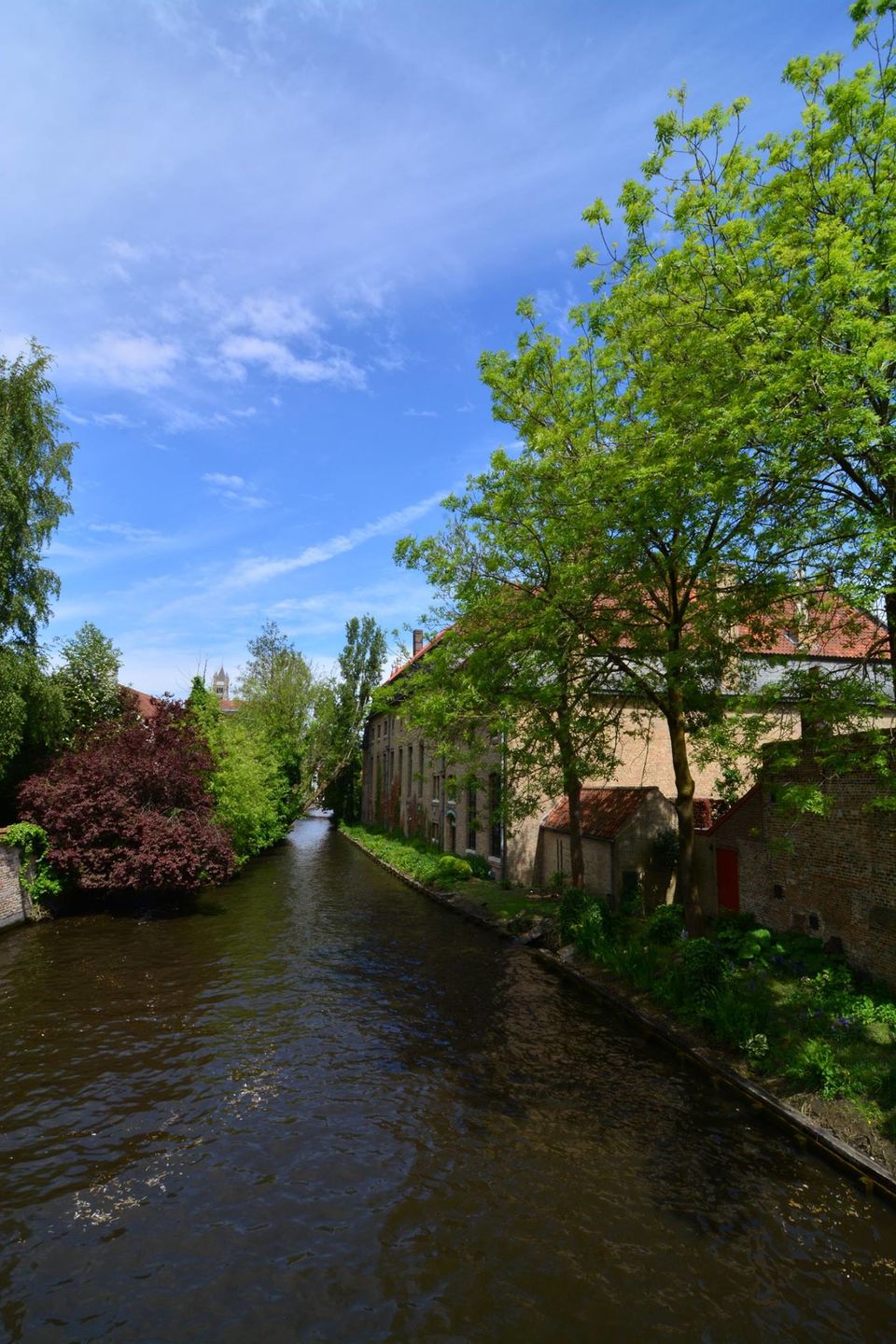 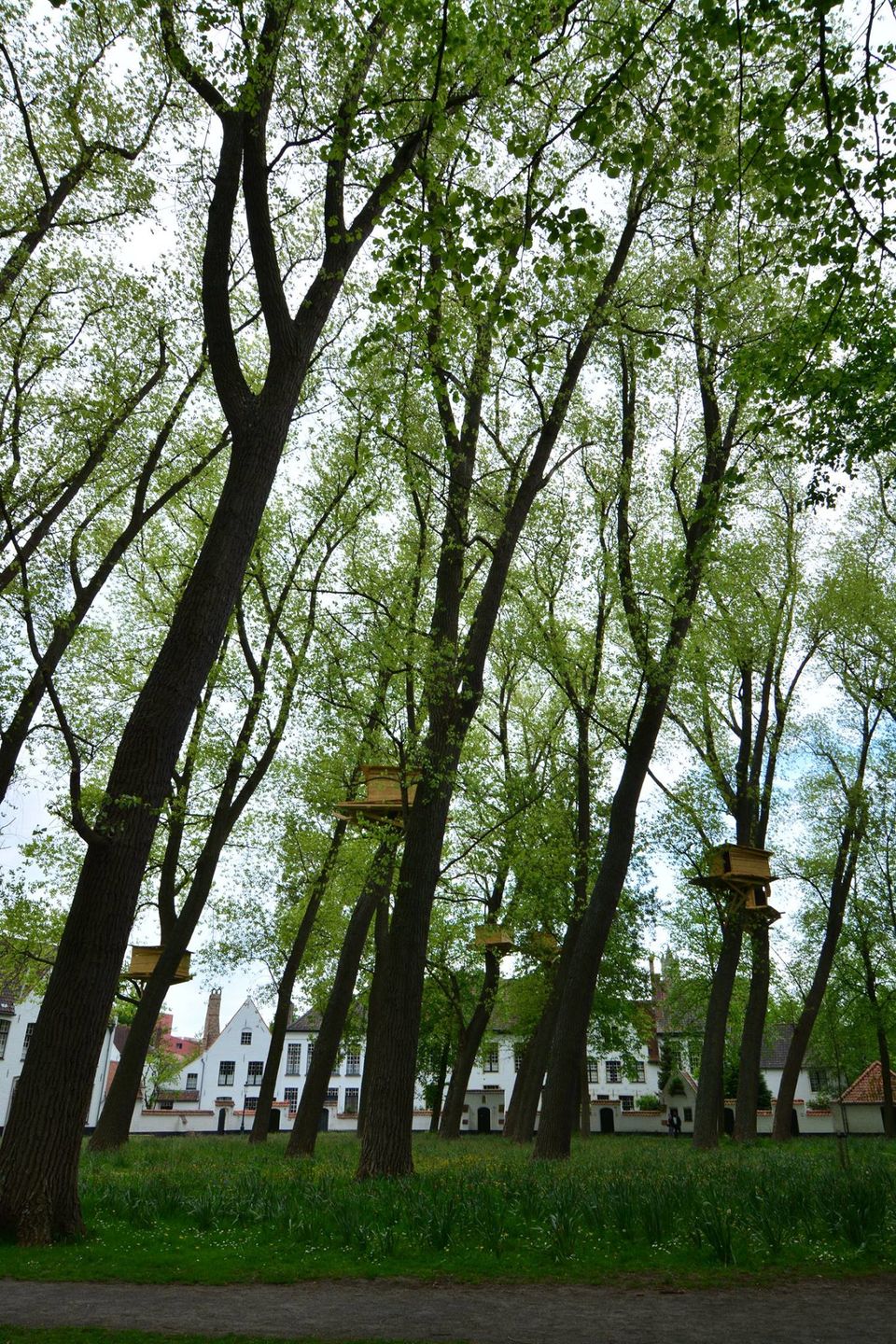 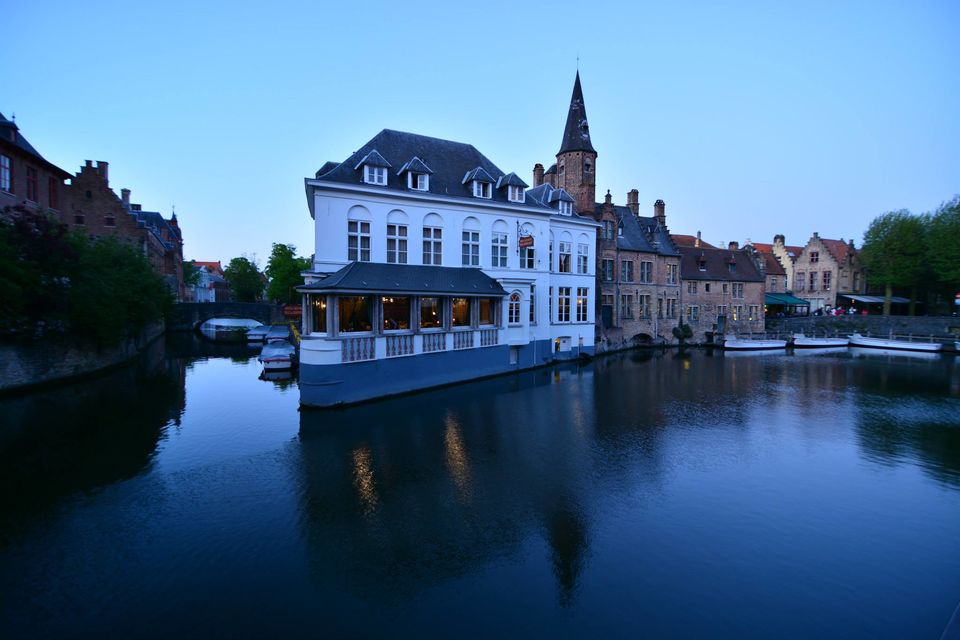 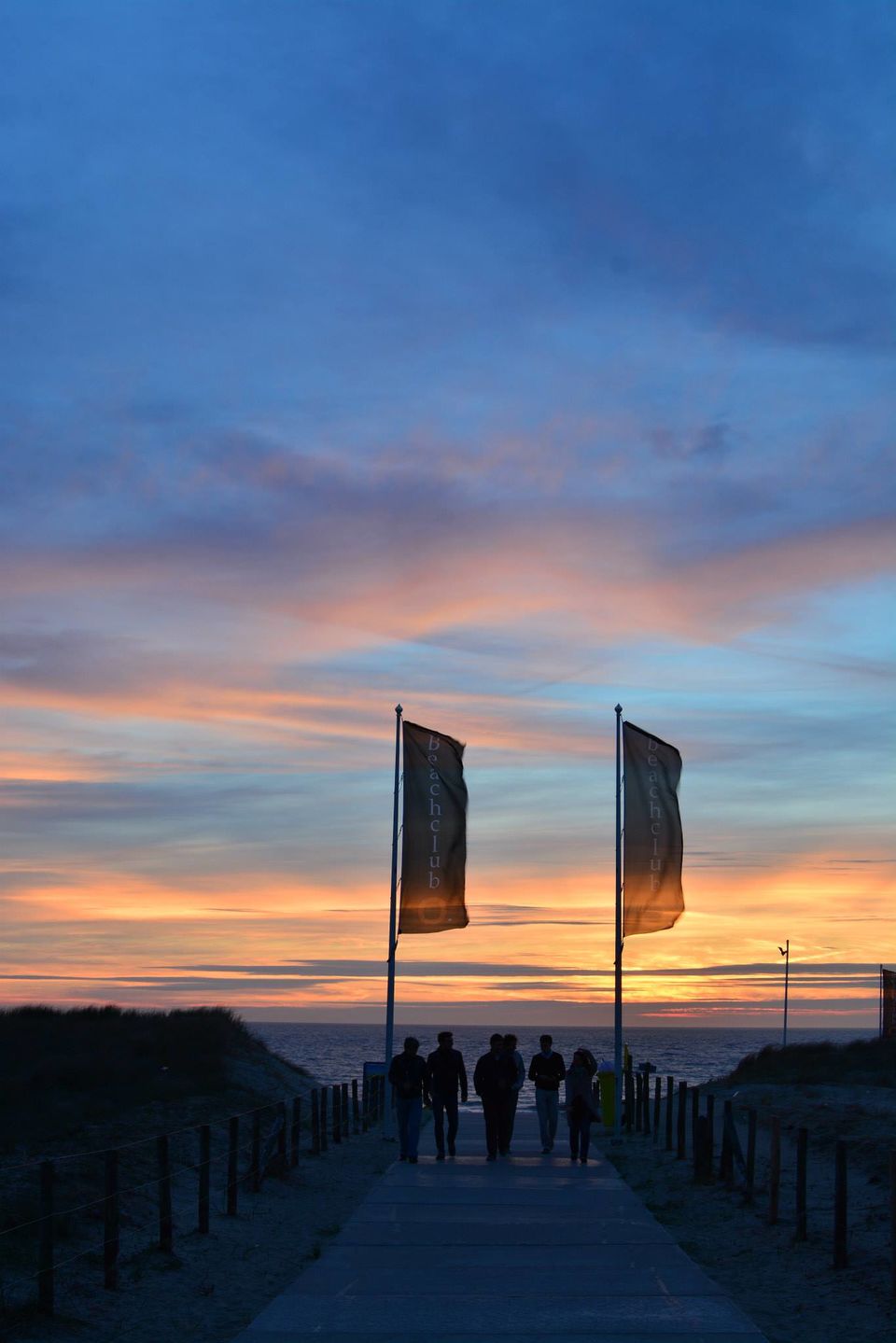 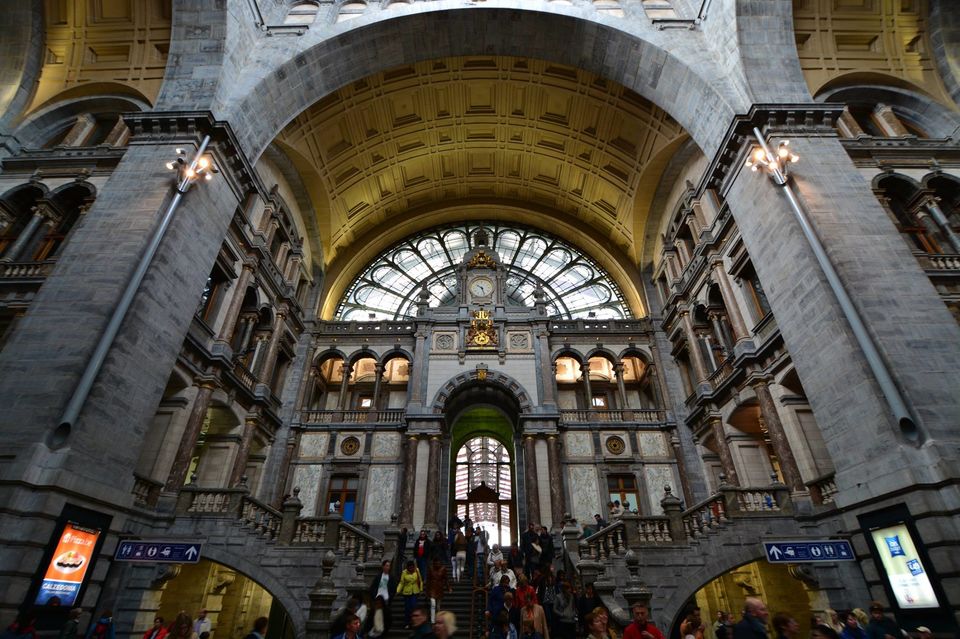 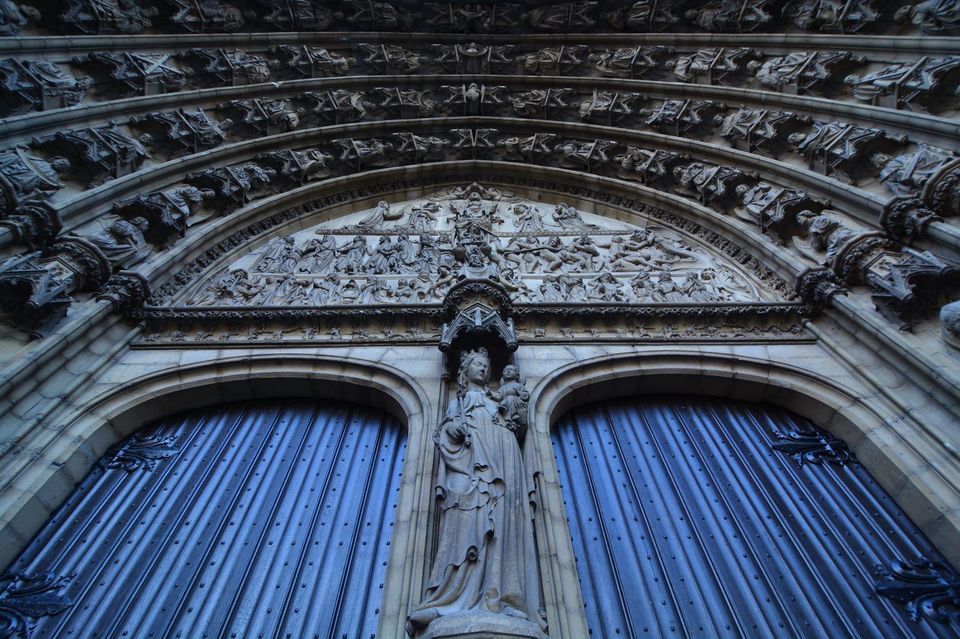 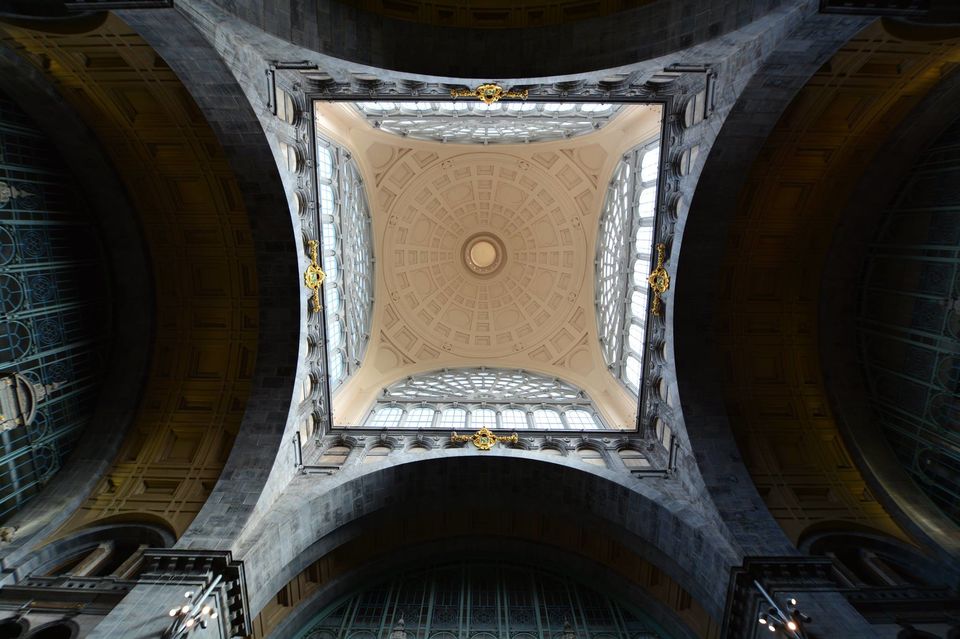 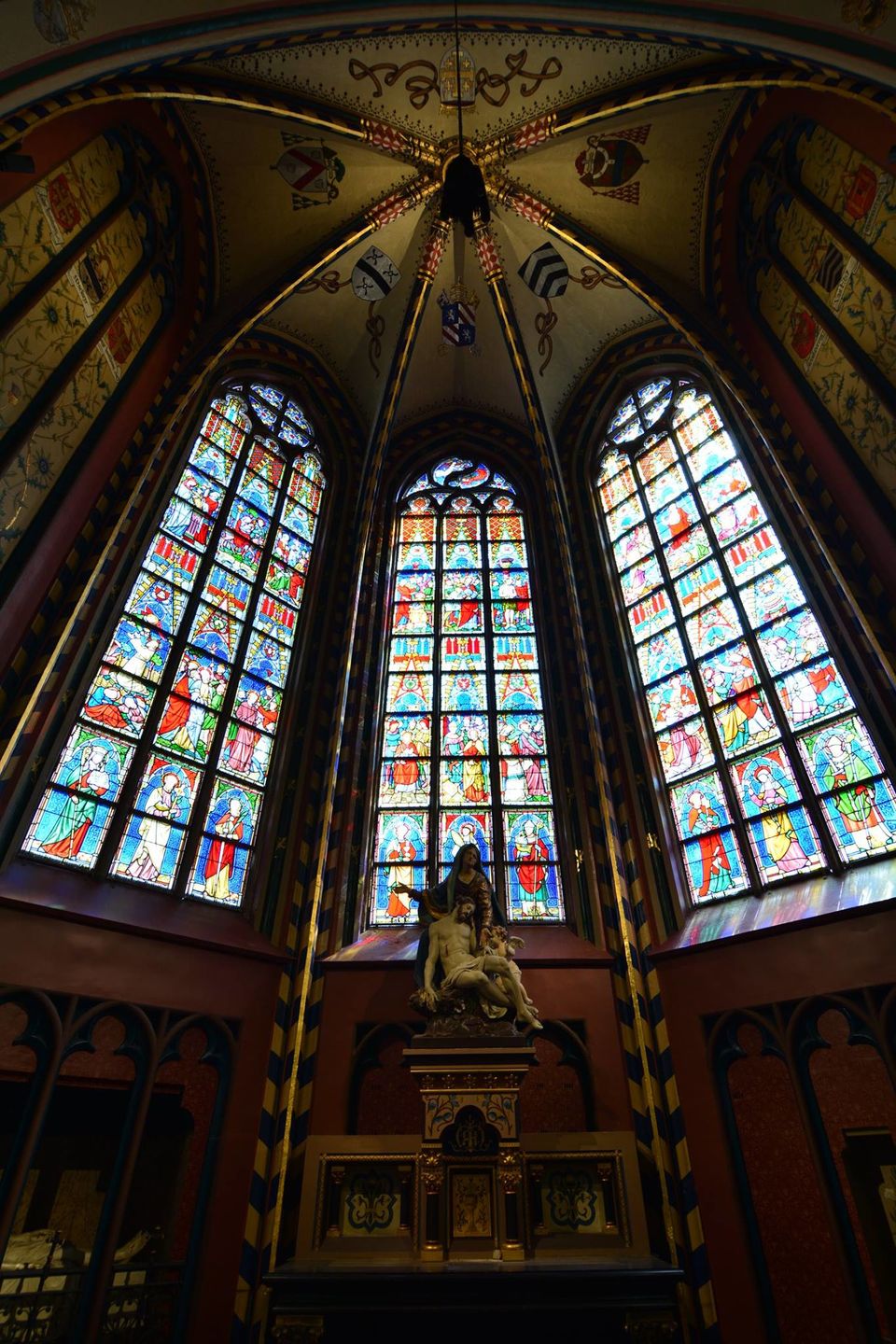 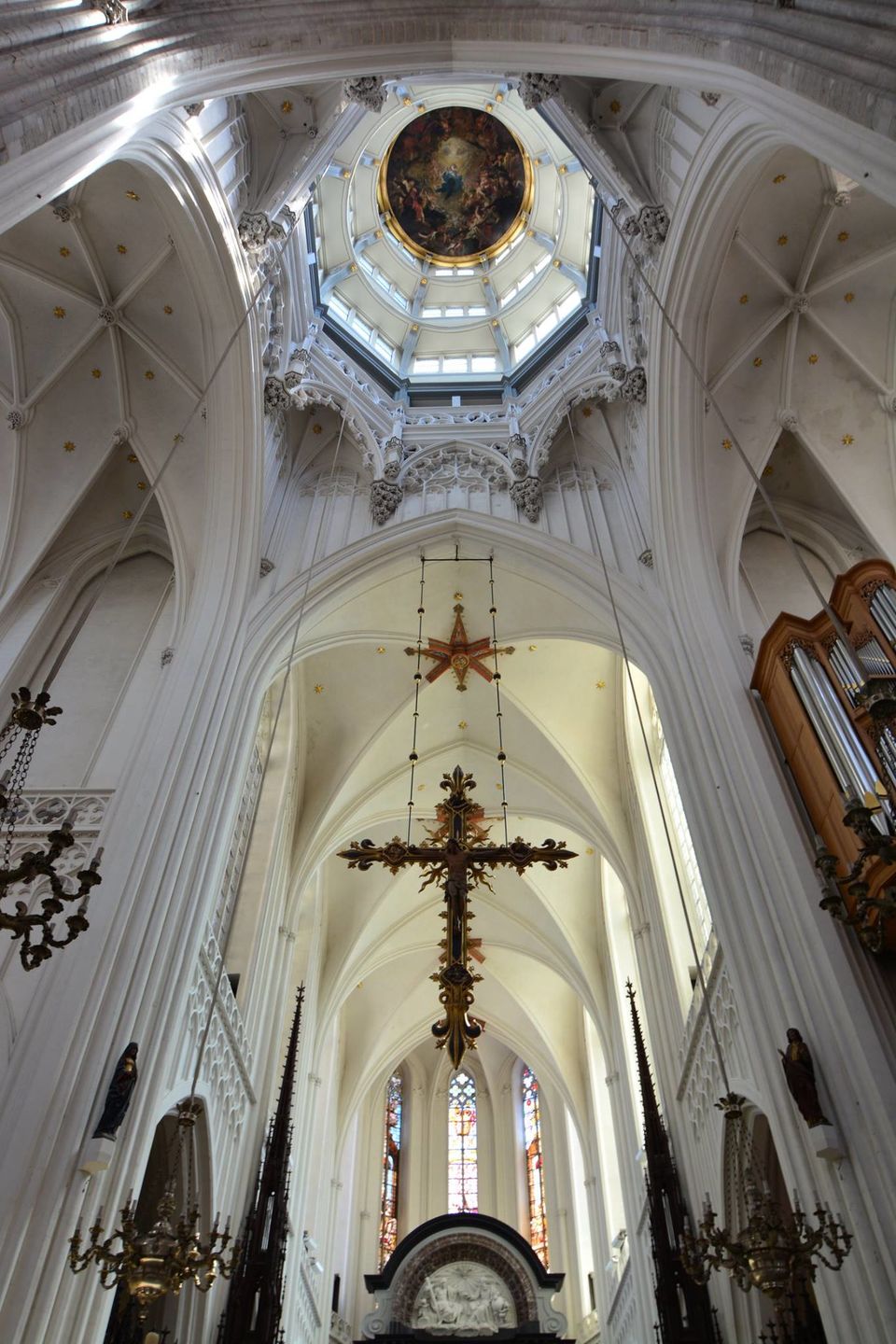 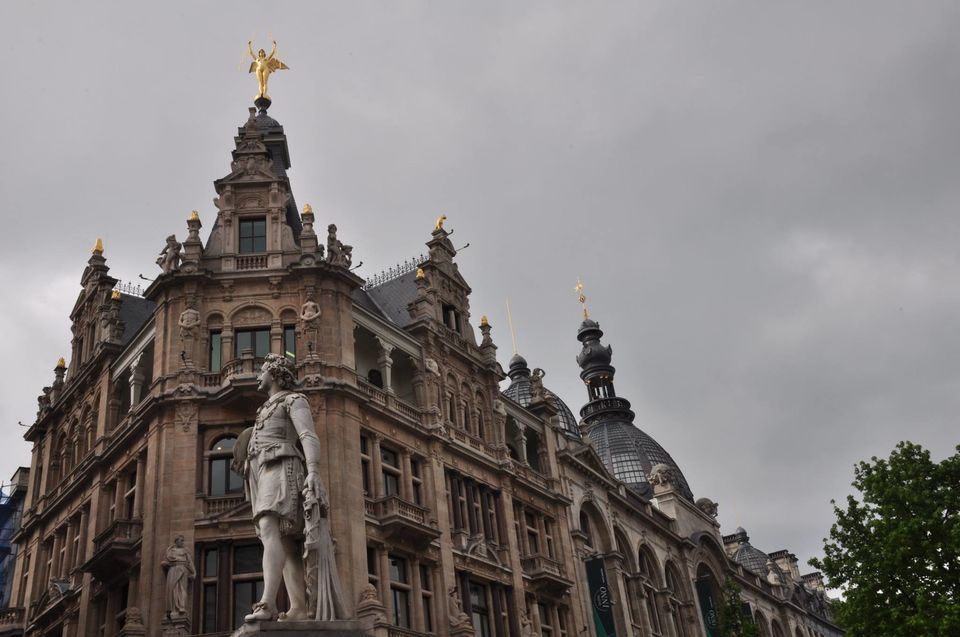 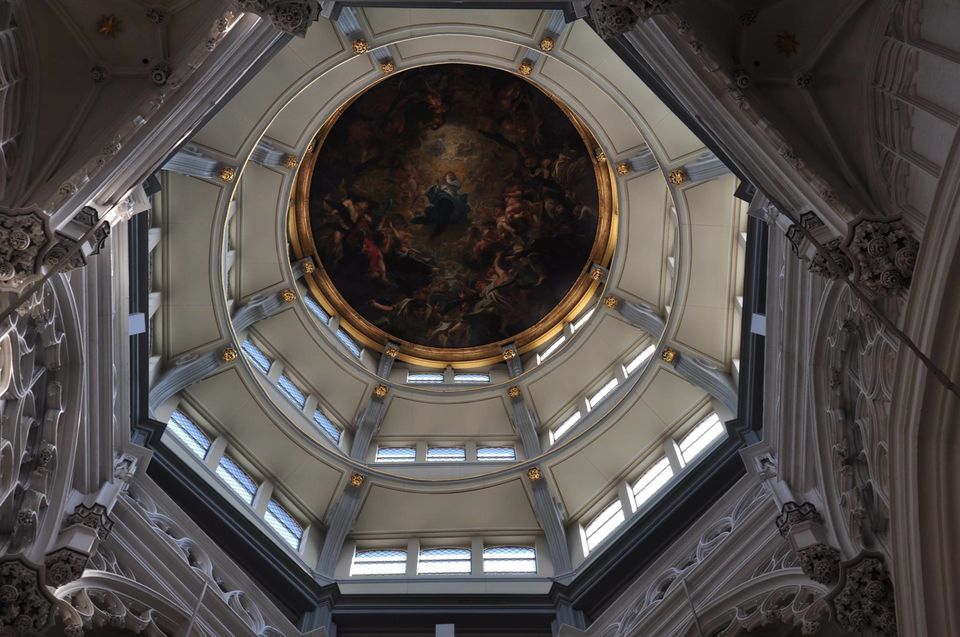 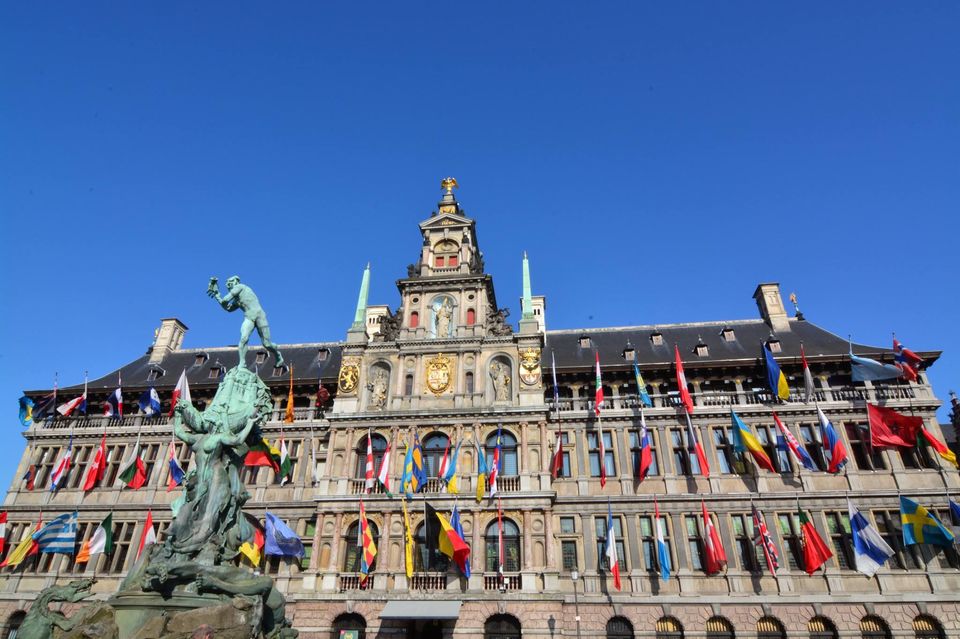 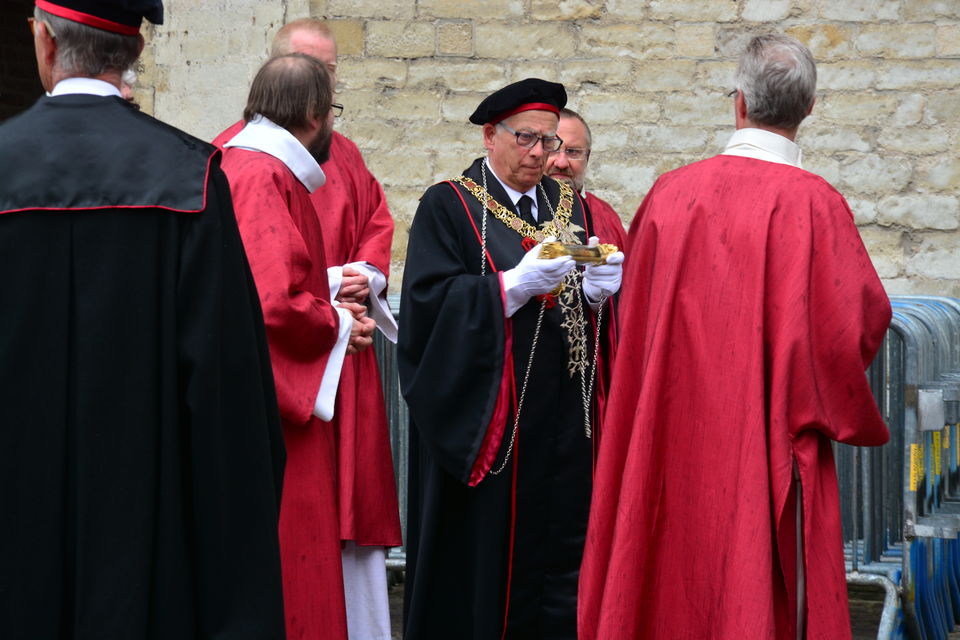 I had a business meet in Noordwijk aan Zee. Noordwijk isn't a very common destination among non-Europeans, but it's a small town by the sea and boasts of a wonderful beach. Noordwijk is about 40KM south of Amsterdam's Schipol Airport and one can reach there by taking a cab from the airport or taking a train to Leiden Central and taking a cab or a bus from there. In order to make the most of my trip, I reached Amsterdam one and a half days in advance and planned to explore Amsterdam before reaching Noordwijk.

I reached Amsterdam on a Saturday afternoon and took a train from Schipol to Amsterdam Central. When you have less time at hand, it's always better to stay closest to the places you want to visit, and I had picked a hotel right in the heart of the city and walking distance from the Central station.

The Central Station itself is the first point of attraction. It's glorious. Soon after dropping my luggage at the hotel, I ventured out. My first destination being the Dam Square. Then on, I roamed around, mostly along the canal ring visiting Oude Kerk, Zuider Kerk and the red-light district. Next morning I visited the World Press Photo Exhibition at Nieuwe Kerk - a personal dream come true. Following which I continued my stroll along the canal ring, crossing the flower market, Magere Brug, Rembrandt Square, National Opera and Ballet, soaking in the beauty of the place and capturing all I could in my camera.

Next morning I took a train from Amsterdam Central to Leiden Central and further, a cab to Noordwijk. I didn't explore Noordwijk much, except visiting the beach a couple of times.

On Wednesday afternoon I headed back to Leiden Central and after a few train changes in Rotterdam, Antwerp and Ghent, I reached the destination I was really looking forward to - Bruges. Like many, my interest in Bruges had been kindled since I watched the movie 'In Bruges'. Though it's the last thing you want to concede when you are in Bruges :) The business part of my business trip was over and now I was more of a backpacker. I put up at Snuffel Hostel, which apart from being in a great location, had a wonderful collection of beer. I spent the entire afternoon and evening roaming around and taking pictures. Bruges is such a beautiful place! It's a photographer's delight! Apart from the wonderful sights, I caught a street musician playing Chopin on cello. Ah! Bliss!

Though I didn't plan it, the next day happened to be the day when the relic of the Holy Blood is taken around the city in a religious procession. A bit of trivia on the Holy Blood relic - it's a phial which is said to contain a piece of cloth soaked in the blood of Jesus Christ. (Google to know more). I figured that I might catch a glimpse of the relic only in the afternoon when the procession reaches the Basilica, hence I made most of the day, starting with climbing the 366 stairs of the Belfry. It's a beautiful view of the city from the top and luckily again, I reached the top just as it was about 10. I had the opportunity to hear the bell ring and it's such a melody! I continued roaming around, visiting the Begijnhof and the Convent Garden. After waiting for a bit, and witnessing another fascinating musical performance - this time Vivaldi on the piano accordion, I caught the first glimpse of the procession. And also, a glimpse of the relic.

It was time to move onward to my next destination - Antwerp. I changed trains at Antwerp station while heading to Bruges and did notice the glorious architecture, but on returning to Antwerp, I spent some time walking around the station. The station itself is a fascinating amalgamation of the old and the new, pretty much typifying the city. Tired from the walks of the last two days, I decided to relax this one evening, and what's a better way of relaxing in Belgium than sipping on beer.

I even started the next day with a couple of beers :) and headed off to the Antwerp City Hall and the market square. And from there, I went to the Cathedral of Our Lady. The Cathedral is yet another glorious structure, and houses paintings of Peter Paul Rubens. The beauty of the paintings gets only exemplified in such a magnificent setting.

Here my trip had to come to an end, as I headed back to Amsterdam to catch my return flight to India.

Business trips are not so boring after all :)

Cathedral of Our Lady Antwerp

Basilica of the Holy Blood