A Day in Colombo

I was on a Cruise ship tour and was sailing through South East Asia and headed to Colombo, the capital of Sri Lanka.
It has a long history as a port on ancient east-west trade routes, ruled successively by the Portuguese, Dutch and British. That heritage is reflected in its architecture, mixing colonial buildings with high-rises and shopping malls. The imposing Colombo National Museum, dedicated to Sri Lankan history, borders sprawling Viharamahadevi Park and its giant Buddha.
It was around April this year and it was hot and humid over there.
Though I spent the day in a hotel :-( and left my hotel to explore the city in the evening.

The sun starts to set and it started getting darker and evening looked just fine. The evening sings in a voice of Amber,the Dawn is surely coming.

I started my evening from Isipathanaramaysa Temple which is one of the oldest Buddhist temples in Colombo, Sri Lanka. It was built in 1916 by Duenuge Disan Pedris, a wealthy merchant, in memory of his only son Henry Pedris  who was executed by British officials for alleged incitement of racial riots in 1915 .The temple was constructed on a 2 ha (4.9 acres) property that Pedris had purchased in 1905.

The main attraction is that this traditional place of worship built in 1916 features a 39-foot-tall statue of Buddha.It feels so peaceful to be here and to look around high Buddha statue or even sitting in the porch silently felt so wonderful.

After the temple, I took an auto ride through the city to see what's there in and around.
This city is clean with wide roads a shopping paradise  and a cultural hub.
I was passing through the embassy area where I found Indian embassy and couldn't resist clicking a picture!
Srilankans generally speak English,Tamil even the Autowallas speak good English 🙂.

Since I didn't had anything post lunch,I stopped at a cafe which offers south Indian meal ,had rice various south Indian curries and I loved it.
It feels I am in southern part of India only and you know what your Airtel connection works just fine there woah!

Next I went to Viharamahadevi  Park (formerly Victoria Park) which is a public park located in Colombo, next to the National Museum in Sri Lanka. It is the oldest and largest park of the Port of Colombo. Situated in front of the colonial-era Town Hall building, the park is named after Queen Viharamahadevi, the mother of King Dutugamunu. The park was built on land donated to the Colombo city by Charles Henry de Soysa during the British rule of Sri Lanka, and used to be named "Victoria Park" after Queen Victoria. During World War II it was occupied by the British Army with Australian 17th Brigade based at Victoria Park. After the war the park was restored and open to the public in 1951.

I captured the Samadhi Buddha Statute located in the entrance of the Viharamahadevi Park.

Most beautiful thing in the park is this statue, you can relax your mind with some meditation if you know about it. statue is magnificent if you can watch at night.
At last before I had to board my ship I took a stroll around Galle face ocean side park.
Galle Face is a 5 ha ocean-side urban park, which stretches for 500 m along the coast, in the heart of Colombo.
It has food stalls with a long walkway, sandy beach & scenic views.

I absolutely enjoyed my day here in Colombo.
Would recommend everyone to make a plan if you admire modern ,colonial architecture, religious importance and cultural significance. 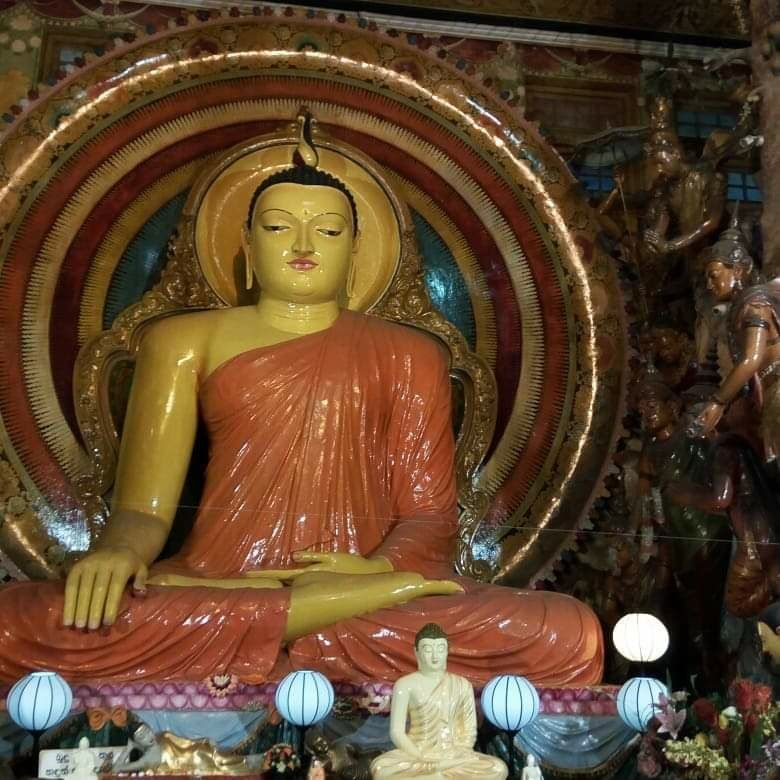 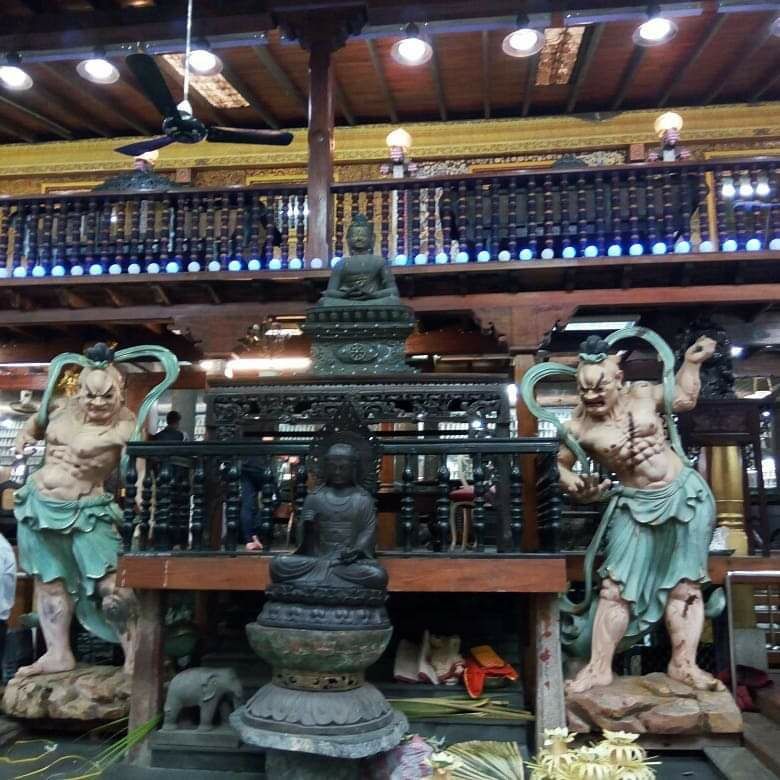 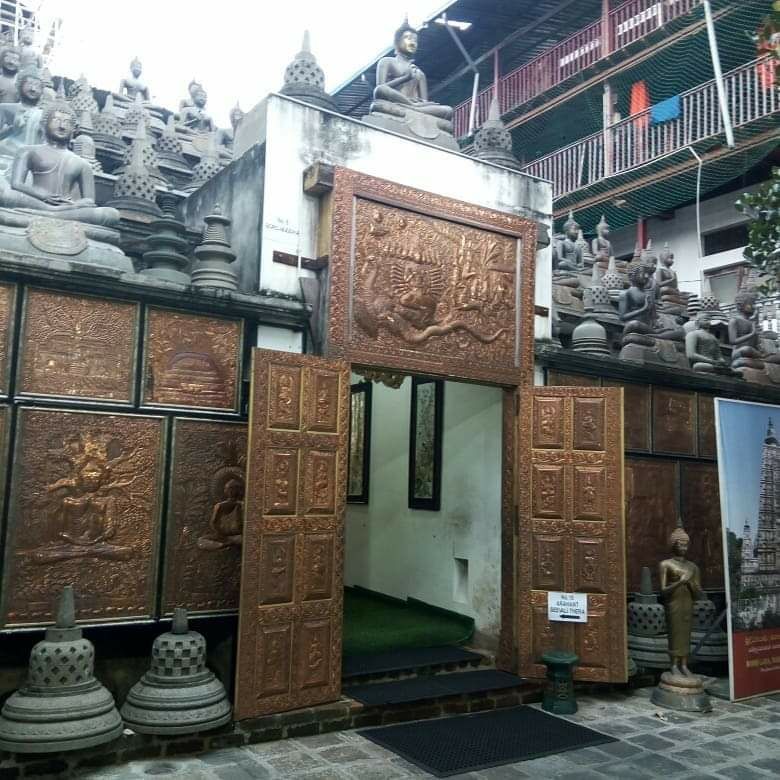 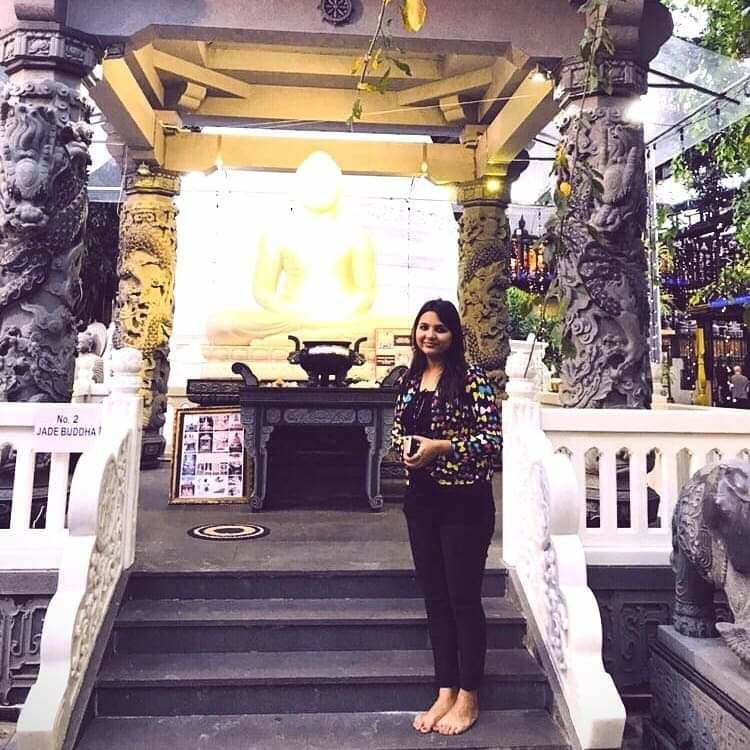 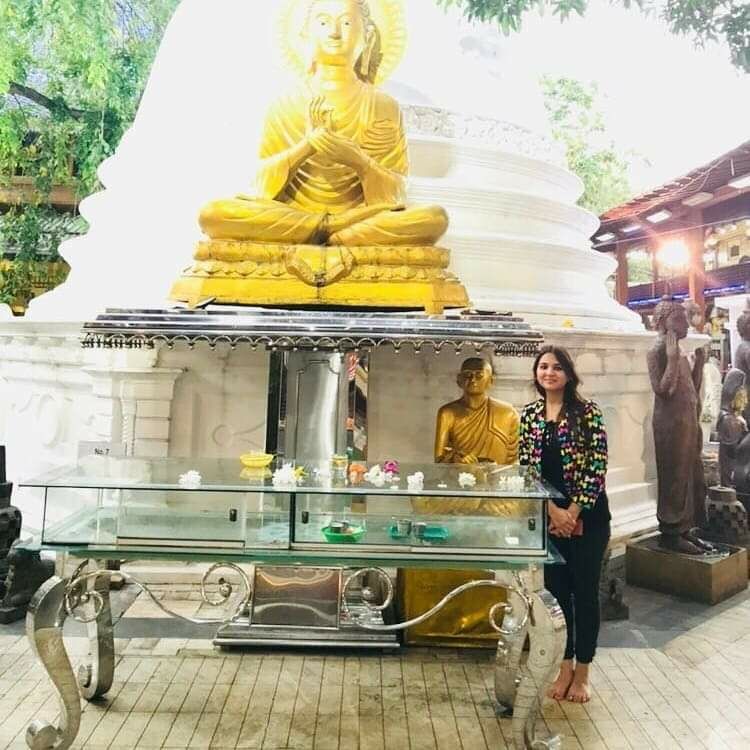 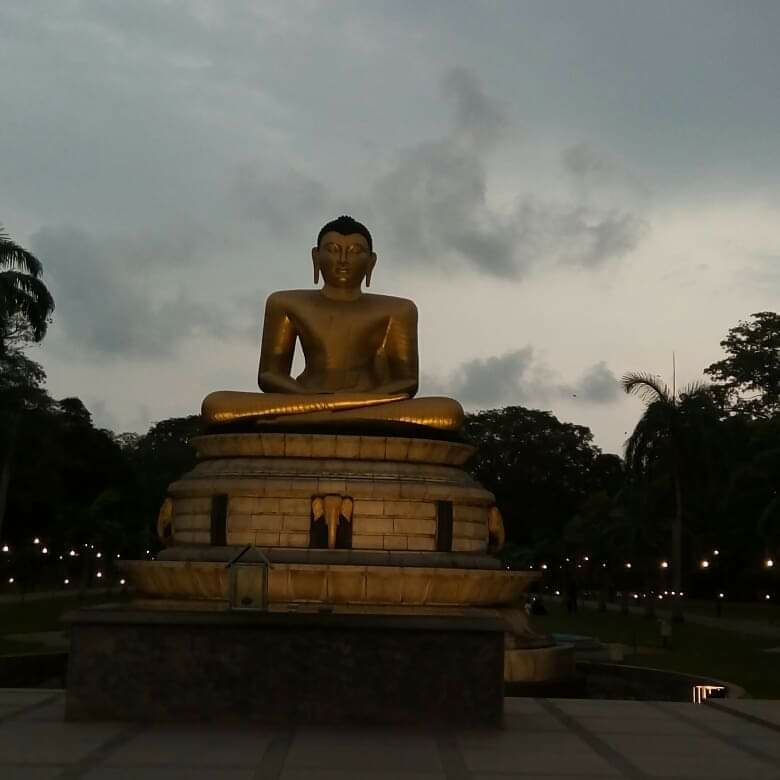 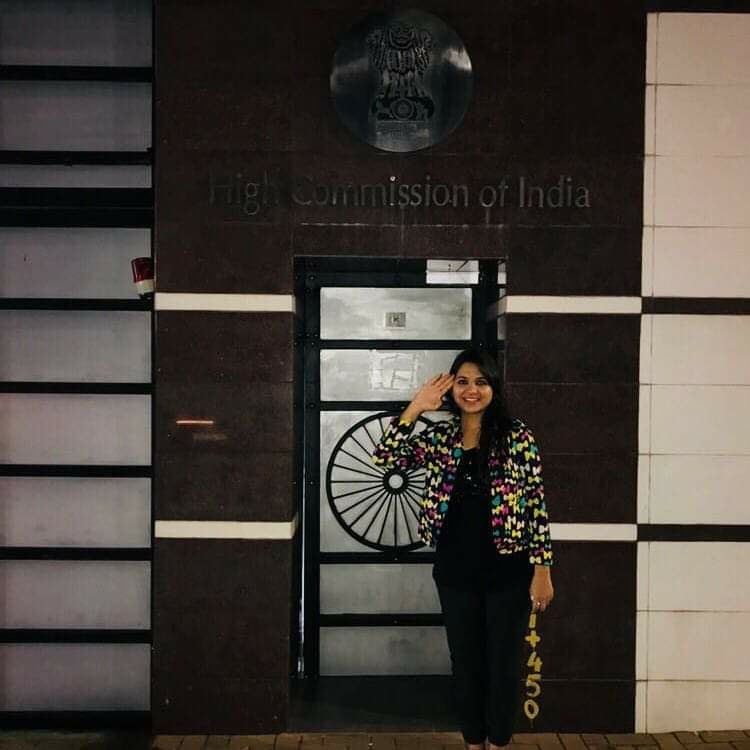 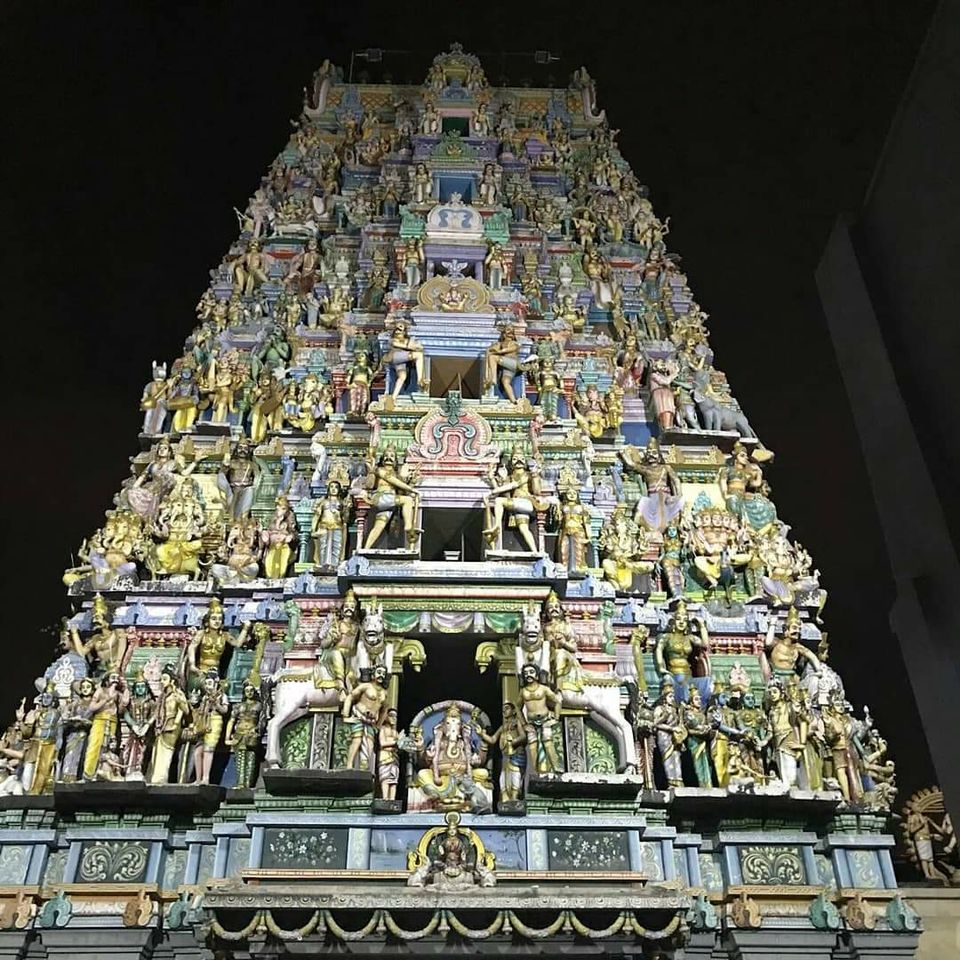 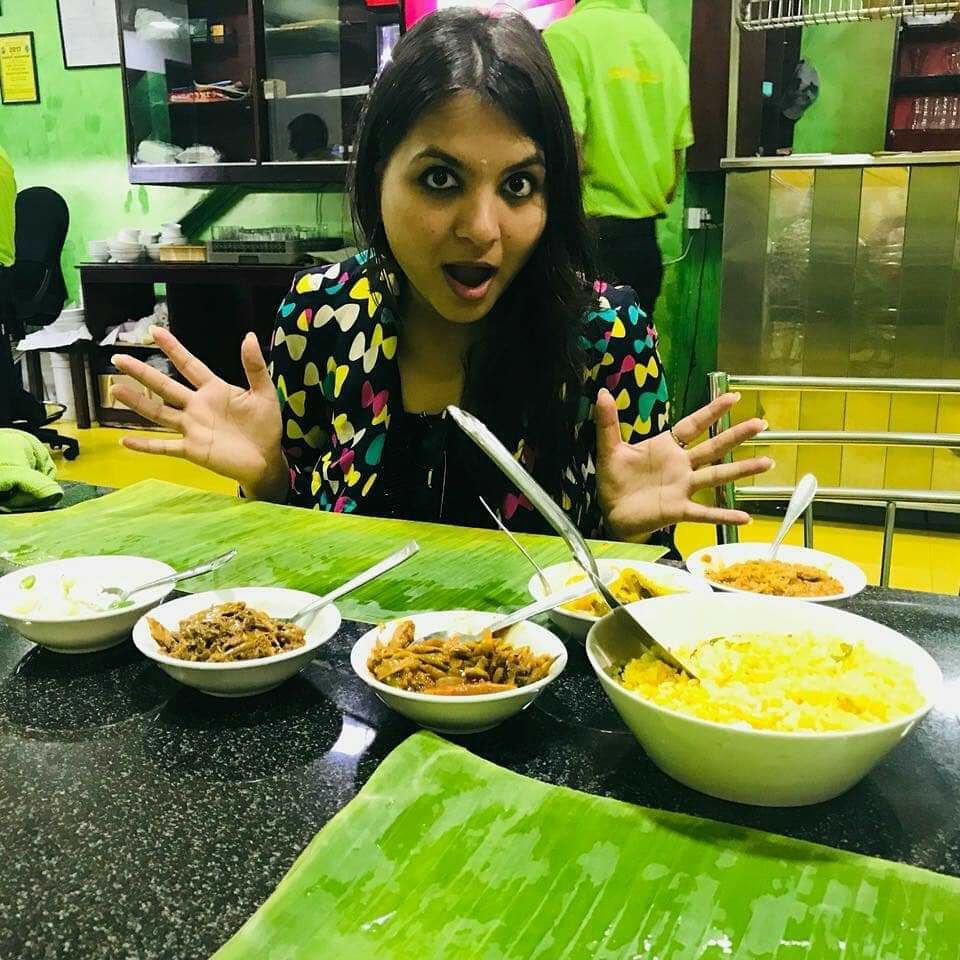 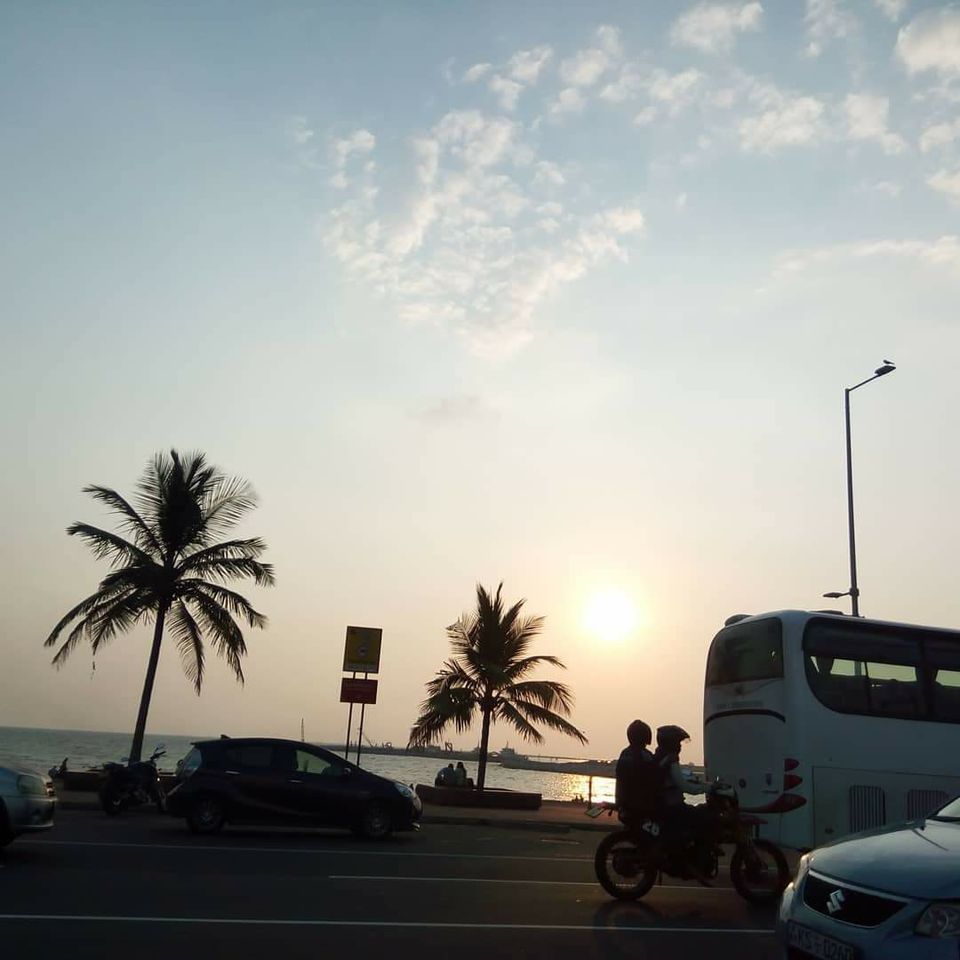