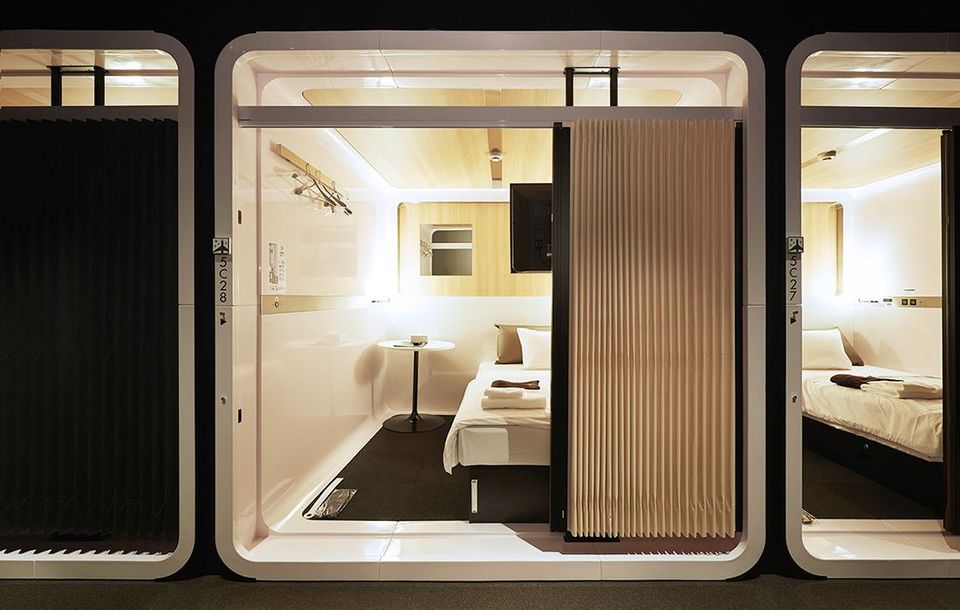 IRCTC seems to be unstoppable now, as it is just giving away so many gifts to Indian passengers in the form of Engine less Train, IRCTC New Year packages, Cheap Goa tours and list goes on...

Now, this government institution has come with a unique concept which is also affordable and consumes less space. This can be a huge revenue collector also for railway industry as it offers passengers luxurious and comfortable lodging options.

It is all about Pod hotels also called as capsules where a person can take rest and also sleep waiting for his next train. This innovative concept will be a next gen system of lodging for railway passengers, where a pod hotel will be having 30 capsules in it.

These kind of small Pod capsules are a huge success in different parts of the World like:

This building will have a large number of extremely small and ultra modern capsules aka rooms that would provide cheap accommodation. Every pod will come with a measurement of 5 feet width and 7 feet height. And the hotel will also have a common lounge area, cafeteria, changing areas and washrooms.

The capsule concept will be one-of-a-kind with ultra-modern, smart amenities available to passengers. This construction proposal is part of a wave of innovative ideas to enhance passenger experience,” said Pinakin Morawala, spokesperson, IRCTC. He also added that, if the pod hotel at Mumbai Central Railway Station clicks they will be building few more in other railway stations in the city and also later throughout the country.

The officials have added that the stay in these capsules will be cheaper than the retiring rooms now available for passengers in terminals. The spokesperson also said that ‘That will depend on the number of hours the pod is occupied for etc. Usually the rate for a pod is around Rs 2500, but it’s too early to decide on what IRCTC will charge.’

Also, Mumbai is not new to pod hotels; they already have one Urban pod capsule hotel which was opened in Andheri in 2017. Read Sreshti’s Blog about Urban Pod here.

Have you been to any unique hotel in your life? Share your story here on Tripoto and earn credits and exchange them for awesome stay-cations.

SPONSORED
Want to book a similar trip?
I accept the Terms of Use and Privacy Policy of Tripoto.
SPONSORED
Related to this article
Weekend Getaways from Mumbai,Places to Visit in Mumbai,Places to Stay in Mumbai,Things to Do in Mumbai,Mumbai Travel Guide,
Tagged:
#mumbai#irctc#innovation#railwaystation#urbanpod#capsules#ultramodern#cheap#affordable#luxurious#mumbaicentral#podhotels