Be gentle on my curves 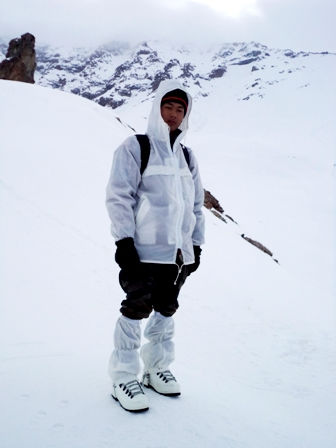 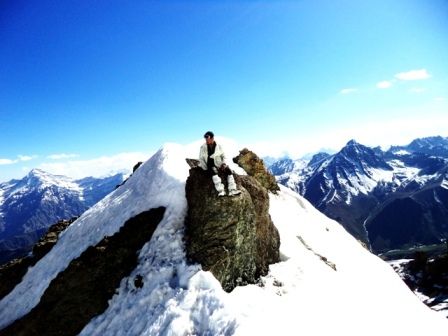 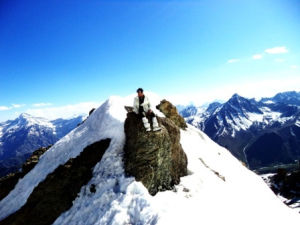 During the initial stage of my service, I served at an altitude between 16,000 ft to 18,000 ft. The world at this height is a different place. One live among the clouds and you find a never ending ranges of mighty mountains. Weather is harsh and so is life. The higher one climb up the harsher it gets until even oxygen is stripped away. Brutal the terrain may be but undoubtedly the landscape present a wonderful and an almost heavenly sight. The dazzling white snow clad peaks amongst the background of deep blue skies and the roaring white angry rivers makes the view just so out of this world. Well sadly at high altitude the land is almost barren and so the tree line are absent except for some few wild flowers in summer when the snow has melted.

I was in a place called Dras, the second most coldest inhabited place in the world second only to Siberia. The normal temperature in winter is minus 40 and well just to blow off your mind the lowest ever recorded temperature at this place was minus 60 in 1999. Well don’t ask me how my hygiene was during my stay in Dras because taking a bath once in a week was by far the biggest achievement. My balls froze every time I remove my cloths. Spit on the ground and it would freeze the moment it comes in contact with the ground. I was advised not to touch metal with my bare hands because my skin would stick to the metal and never come out intact due to the extreme of the coldness. Since oxygen was low here my poor heart had to work thrice the normal  it was supposed work. Every time I do a physical work or get excited I could feel a generator inside my chest, and at place like this you can really feel your heart when you miss someone.

The roads in the mountain itself are a wonder. They are one of the highest and the most dangerous motor able roads in the world. The journey to Dras was one of the moments in my life when I was closest to God. The roads are carved out of the mountain rocks and it was small and slippery and the deep gorges and valley below is just inches away from the road. It was like a plane ride except that it was a bumpy ride. A tiny slip from the driver and I would be a minced meat…a treat for the bears. And to make things worse the melting ice loosens up the rocks from above and the rocks keeps falling on the road. I kept praying the whole time that it didn’t fall onto my ride. The biggest problem comes when a vehicle come from the opposite side. It’s awfully scary to see them giving side to each other.

The one way road is full of steep turns and cuts. And by the road side there are several writings some on boards and some on stones. These writing were the only source of solace during the whole perilous journey. They kept my mind busy and away from the fear. “Be gentle on my curves” was written in almost all the curvy turns and I thought that the line was so girly….because even the roads demand some gentleness on the curves.

Well what marvels me is the fact that there are still men here in spite of all the hardship. They are not here on a picnic or on their own freewill. These men are here on the call of duty. A duty for the nation- to defend her border. They left the comforts of their home, the love of the near and dear ones just so that the millions back home are safe, their love ones are not taken away from them and that they have a sound sleep every night. We have heard of people laying down their life for their country and shedding their blood for the country. But is this the only ultimate sacrifice? I think not,  when a man can sacrifice his comfort for the comfort of others, his love and dear ones so that the love one of millions are not taken away from them and his safety just for  the safety of others…….isn’t this the perfect sacrifice too?

I am just proud that I am among men who have a heart of gold and that I’ve had the opportunity to do a little favour for my country. I am proud that I have a part in my country integration. I am blessed that my men looks up to me. I am honoured that my seniors place their faith in me. And above all I feel chosen and satisfied that I can be there whenever my country needs me. Jai Hind.

This trip was originally published on 'Relentless Traveller'.

HotelsMap
SPONSORED
Want to book a similar trip?
I accept the Terms of Use and Privacy Policy of Tripoto.
SPONSORED
Related to this article
Places to Stay in Dras,Weekend Getaways from Dras,Places to Visit in Dras,Things to Do in Dras,Dras Travel Guide,
Tagged:
#Dras