India Travel GuideIndia TripsBeaches Or Hills?! Want Both - Go To Vizag! | Mistress Of Spice And Everything Nice

Beaches or Hills?! Want both - Go to Vizag! | mistress of spice and everything nice

One of the most beautiful beach -http://www.mistressofspiceandeverytingnice.com/2018/07/10/beaches-or-hills-want-both-go-to-vizag/ 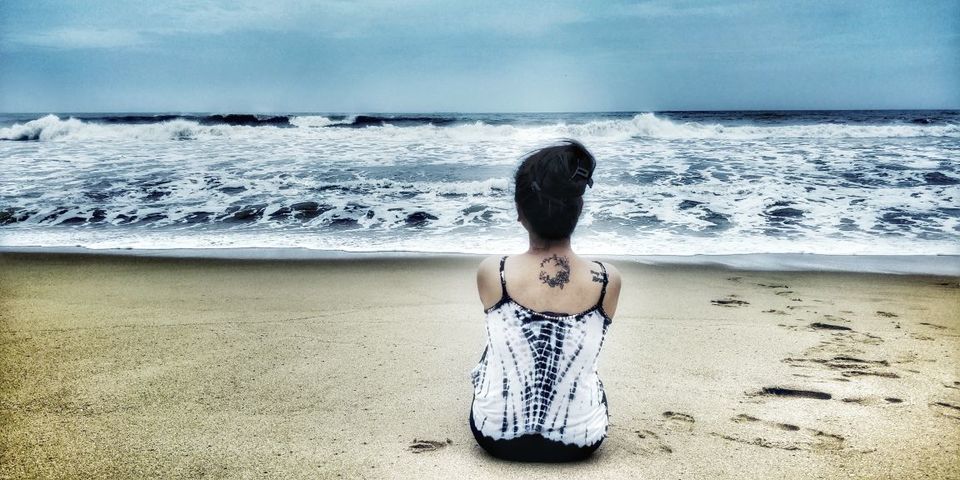 Vizag, also known as the 'City of Destiny' left me mesmerized with its beauty. Located on the coast of Bay of Bengal, this city is a beautiful mix of mountain ranges, temples, beaches, museums and Buddhist pilgrimage sites. The city is clean with wonderful roads and the people are eager to help. The city has the oldest shipyard and is also the only natural harbor in the eastern coast of India.

When we first decided that we wanted to go to Vizag for a few days for a vacation... most of our friends said it was a bad decision because the weather would be crazy hot and humid in June. And generally it is! but the weather Gods were by our sides. We wanted to go on a family trip and Vizag striked upon us as we had never been to the place before. We had really little idea about the place and I am glad about that because everything came as a surprise and I totally loved every bit of it.

We had planned to drive down all the way so we started off at a decent time so that we reach our first stop before its dark. We started at around 8:30 in the morning after having breakfast at home. We took few breaks in between... munched on a few road side food we saw and stopped for our lunch pretty late at 3pm just before entering Bhubneshwar. Because we had reached Bhubneshwar early we planned on the night stay at Gopalpur, which was almost 4 hours from the place we were having lunch. The only break after lunch was a brief chai break and then we were roaming on the Gopalpur beach by 8:30 munching on chaat from the stalls ????

The next day we started at around 9 in the morning and had a heavy brunch just out of Gopalpur. By 4 in the evening we had reached the Navy mess, where our stay was booked. The drive was smooth with good broad roads and you have enough eateries on the way. As the ghats start before entering Vizag the view is stunning.

Our stay was in the Navy mess bang on the RK beach and the beach road was one of the best places to be in Vizag. All the good restaurants and hotels are around this beach. Do have a walk on this beach in the night... its lovely! There are chat stalls and little eateries you can explore around here and the beach stays alive till very late at night. We went for a stroll after a late dinner and found a group of street dancers practicing their moves. I loved how lively the city and the people are.

The next day we headed to Simhachalam Temple, situated on the Simhachalam Hills that is 800 mtrs above sea level. Photography was prohibited in the temple premises but the city looked beautiful from the top. The temple was beautiful to say the least and it wasn't crowded being a non tourist season. And the 'lemon rice prasadam' was delicious. ???? 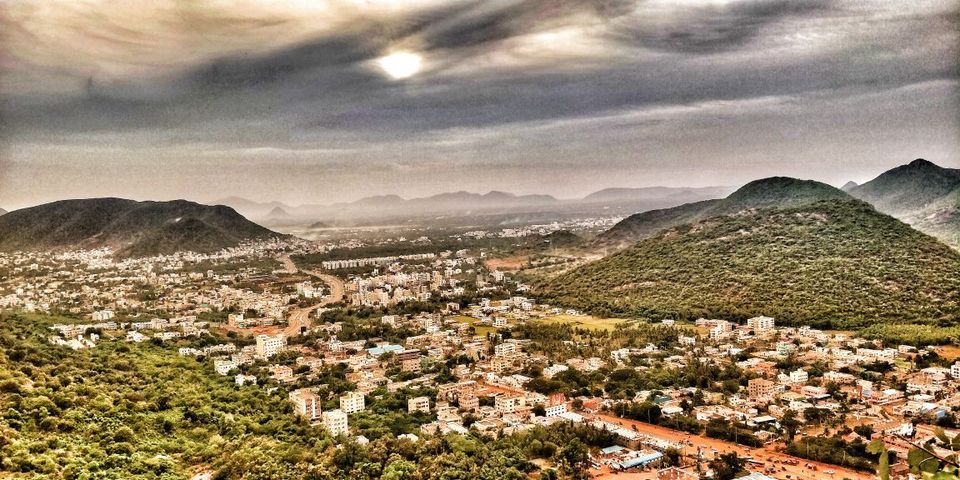 From the temple we headed to Thotlakonda Monastery, the buddhist pilgrimage site.

The Thotlakonda Monastery is a historical heritage you cannot miss! Though it is not one of the best known tourist spots in Vizag still I loved how vast and historically unique the place was.

In 1976, when the Indian Navy was conducting an aerial survey, looking for a suitable place to accommodate a naval facility, they noticed the ruins atop this hill. Soon after its discovery, excavations were conducted by the Department of Archaeology & Museums from 1988 to 1992 and revealed the ruins of well-established Theravada(Hinayana Buddhist) Monastery.

After leaving the monestry we went to Ross Hills. The Hill has a temple, a church and a masjid all located at some distance. And the view of the Dolphin's nose from the top of the hill is breathtaking! 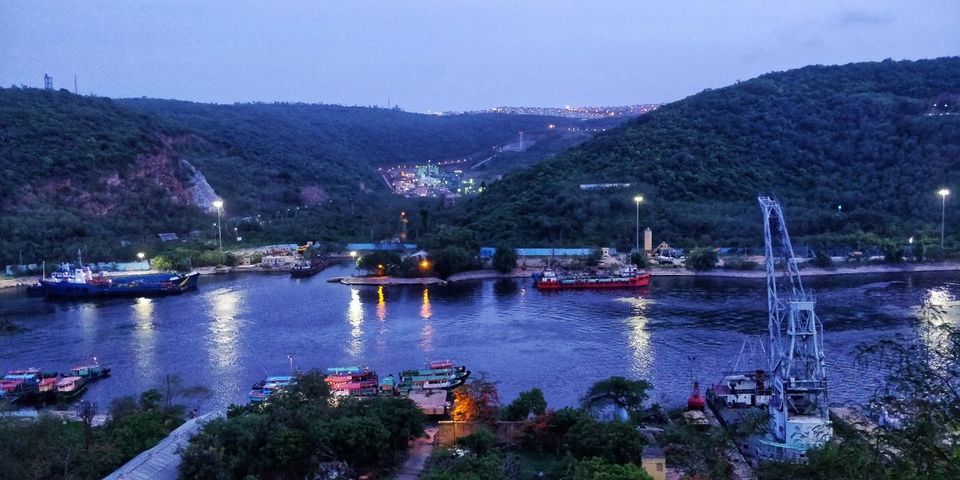 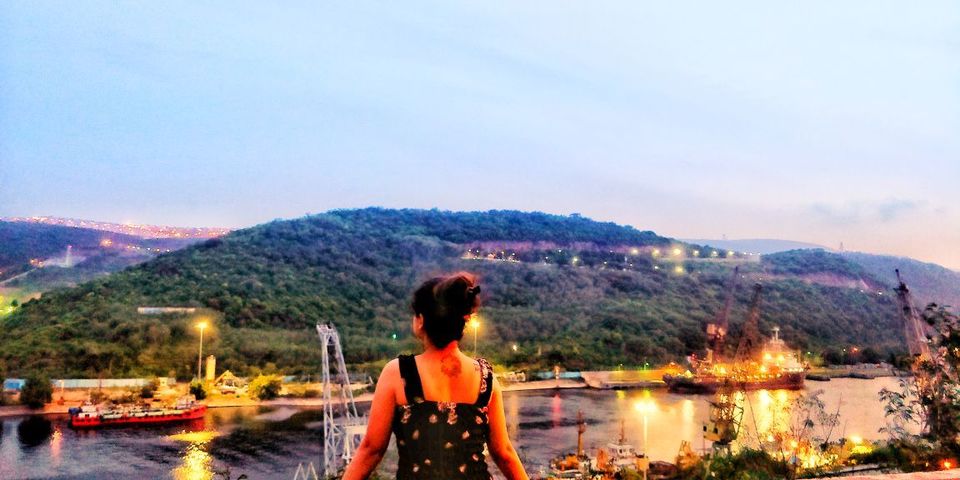 Later that evening, we went to visit the INS Kursura, at the RK beach itself. Its a Submarine Museum and just opposite that is a aircraft museum. Both the museum closes by 9pm so make sure you reach with time in your hand. We were late, and so we had to hurry at every spot.

The day ended with some good food and a sound sleep. The next day was to be in the Dolphin's nose.

I was super excited for the day! I saw how stunning the Dolphin's nose looked from this side of the sea and i really wanted to witness the view from above that place! The dolphin's nose has been taken over by the Navy and is not open to civilians. I was one of the few lucky ones to get entry and I must tell you the whole road to the nose tip was a sight!

It was from the Dolphin's nose we found the most secluded beach here in Vizag and we planned on spending the whole day here itself ????

We came back by evening as we had to pack our bags for leaving the other day. I never knew just a two day trip would be so wonderful to this city. Will love to go back again.

There are lots of eateries on the road and if you start late you can always make a stop at Bhubneshwar other than Gopalpur. Both these places have quite a few stay options. As for Vizag there are a a number of good hotels on the beach road itself and also inside the city. Do not forget to try the 'bamboo chicken'.

If you are travelling yourself like us, Google has all the details. But just in case -

The Dolphin's Nose Lighthouse(open to civilians) - Opens at 3pm and closes at 4:45pm and the route that Google map shows is through the naval gate so you wont be allowed. There is a boat service and also a road which is very badly maintained. The locals are the best guides at times. The INS Kursura is a must go! but it remains closed on Mondays for maintenance. And in the tourists seasons the ticket line is pretty crowded! So reach well in advance for the tickets.

There are lot more places to visit in and around Vizag. We just had two days in hand so we had to miss out on a lot ????