Norway Travel GuideNorway TripsBergamo - Not Just An Airport To Milan

Bergamo - Not Just an Airport to Milan

Were I Bergamo, Italy, I would be quite irritated.  Being Bergamo means feeling your whole life like you are being overshadowed by your big sister, if your big sister was Marilyn Monroe.  Regardless how beautiful you might be, how successful, or how many presidents you sleep with, you are forever Marilyn Monroe's kid sister.  Milan is Bergamo's big, more famous sister.  Even when people come to visit you all they want to do is talk about Milan.  "Hey, Bergamo, do you think Milan would go out with me?" or "Bergamo, what is Milan really like?" or "Um, Bergamo, do you think it would be alright if I went in Milan's bedroom and perused her underwear drawer?"

Now, imagine that Marilyn Monroe has an airport built on her little sister to help support her legions of obsessed fans.  This is the fate of Bergamo.  You are made to feel as if your entire existence is solely for the purpose of allowing more people access to Marilyn Monroe's underwear drawer.  But I am certain Marilyn Monroe's sister would be well worth a visit based upon her own attributes alone.  Likewise, Bergamo warrants its very own exploration.

Any means of transportation you embark upon to enter Bergamo drops you off at a fairly uninteresting section of town.  This partly explains some of Bergamo's less than stellar reviews.  But this is like standing in Los Angeles and saying California isn't awesome.  Oh wait, I forgot, a lot of confused people actually like LA.  Let's say it's like parachuting out of a plane into the middle of a Kanye West concert in the middle of Oxford University and determining that everyone at Oxford is a moron.  Or driving through a tunnel under the Alps and claiming that the Alps are not preternaturally majestic.  My point?  Bergamo is beautiful, but some parts are more beautiful than others.

The town is divided into two primary centers, Citta Alta (high city) and Citta Bassa (low city).  While I truly enjoyed Citta Bassa, the ancient, medieval Citta Alta above holds the most interest if you wish to maximize your time there.  Standing in the lower city, at times, Citta Alta appears to float magically in mid air above the horizon.  I am 90% certain, however, that this is not actually the case.  A funicular connects the two parts of the city and who doesn't love a good funicular.  Another connects Citta Alta to the surreal alpine village of San Vigilio.

If you aren't a big, out of shape slug, however, I recommend the walk up to the high city.  Walking up the stone bridge walkway to the Porto San Giacomo I found myself glancing skyward frequently half expecting to see Smaug the dragon swooping down to claim me.  I am 100% certain there is no resident dragon in Bergamo, however.  Because if there were he unquestionably would be a hot selling commodity in the touristy shops at the top of the funicular.  I will say that the touristy feel in Citta Alta only partially distracted from the medieval atmosphere.  It was a more subdued tourism.  If I didn't stare the tourism straight in the eye, but simply glanced at it through peripheral vision it could be passed off as medieval shopkeepers peddling their wares.  It wasn't as annoying as say Pier 39 in San Fransisco, which should be sawed off and set adrift into the Pacific.  Or Piccadilly Circus in London, which I have written a proposal to build a wall around and sealing it away as a time capsule until the year 2098 as an experiment to discover what happens to a race of isolated people worshipping graven images of Big Ben, wearing the Union Jack, and living on fish 'n chips and M&M's.

After your climb to the top I give you ,permission to gorge yourself on the multitude of decadent gustatory treasures you find here.  You have earned it, and if the heart attack you have upon finishing the climb is as bad as mine was, this very well could be your last meal; so make the most of it.  I would like to highly recommend the avacado gelato, but I won't because everyone I have suggested it to before has written me off as a raving lunatic.  After this walk around the magnificent walls of the city before taking the funicular to San Vigilio, allowing your mind to be fully assaulted by the beauty of the Alps and destroying all desire to ever return home again.

If you do deside to return home, there is an important bit of advice I would be irresponsible not to include: if you are flying out of the airport early, make arrangements ahead of time to get there.  A two hour walk at 2:30 am to Orio del Serio is every bit as terrifying as one might think.  The nice thing is no homicidal maniacs or dangerous gangs are dumb enough to be out that late there.  In fact, it's a little known fact that the initiation for acceptance into many inner city gangs is to go for a walk at 3am in Bergamo near the airport.  I don't know what form the dangers manifest themselves in, but you can sense them and only pray that when they present themselves that you can find a sadistic, drug-ravaged, maniacal, inner city gang hopeful there for pledge week to stand beside you.

Well, anyway, my recommendation: stay with the kid sister.  Take the short train ride into Marilyn to shop and see the sights.  Then come back and relax while you explore kid sister some more.  Kid sister has all the beauty and charm of Marilyn, and you don't have to share her with JFK and Joe DiMaggio. 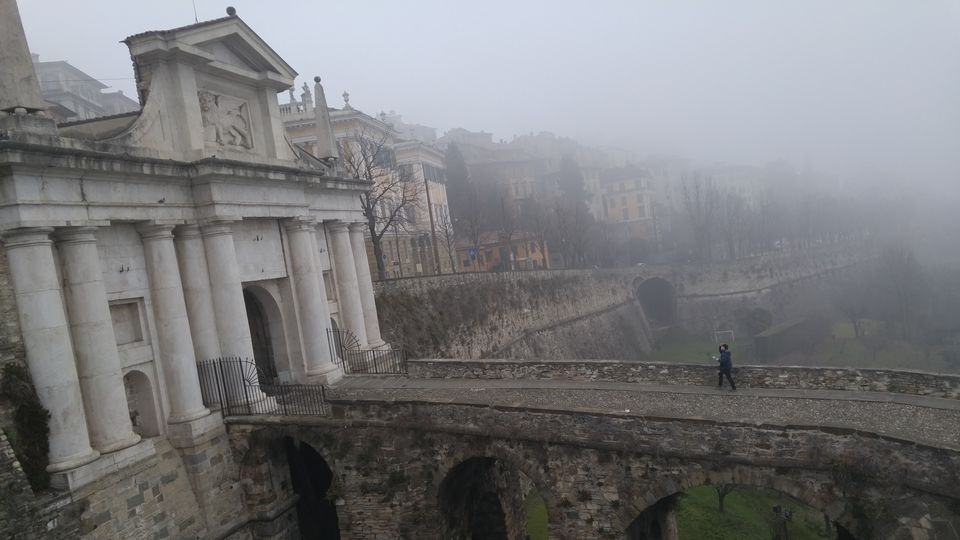 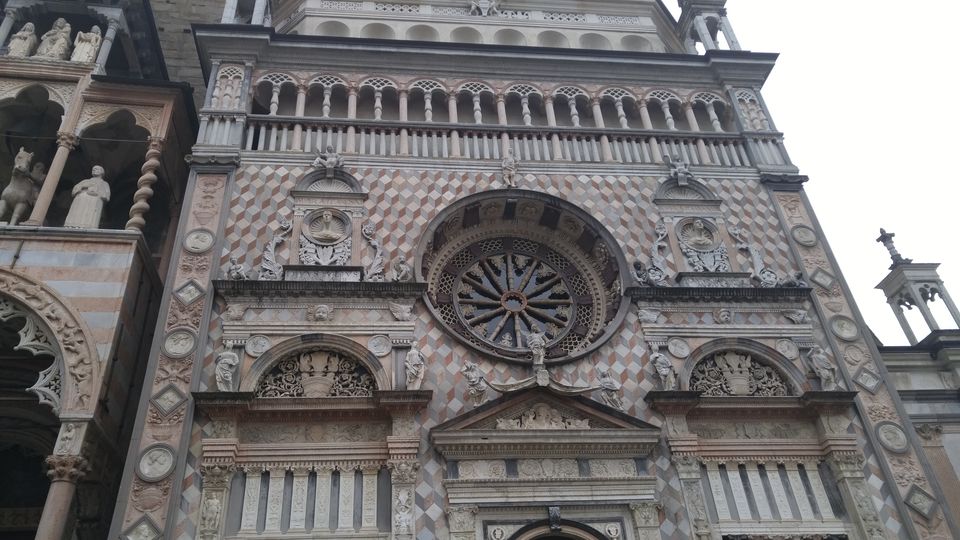 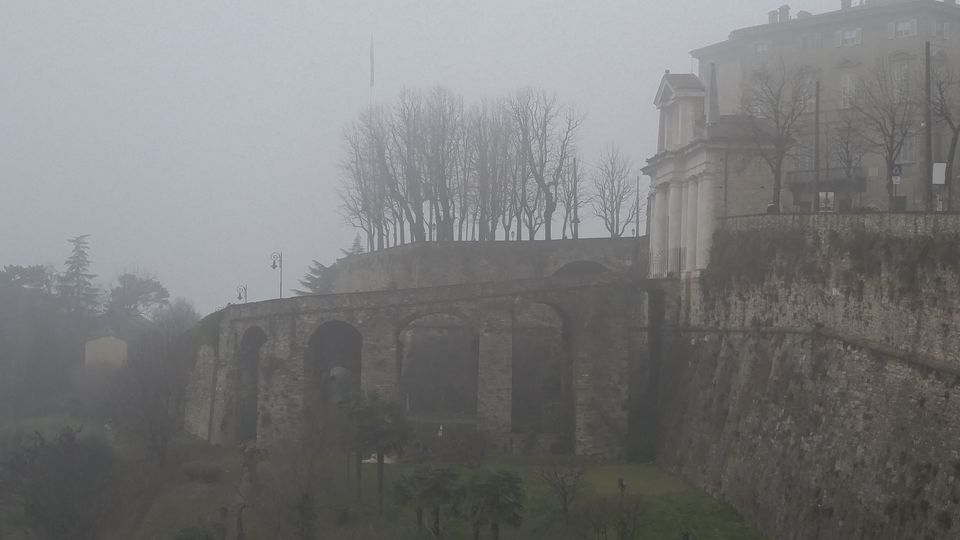 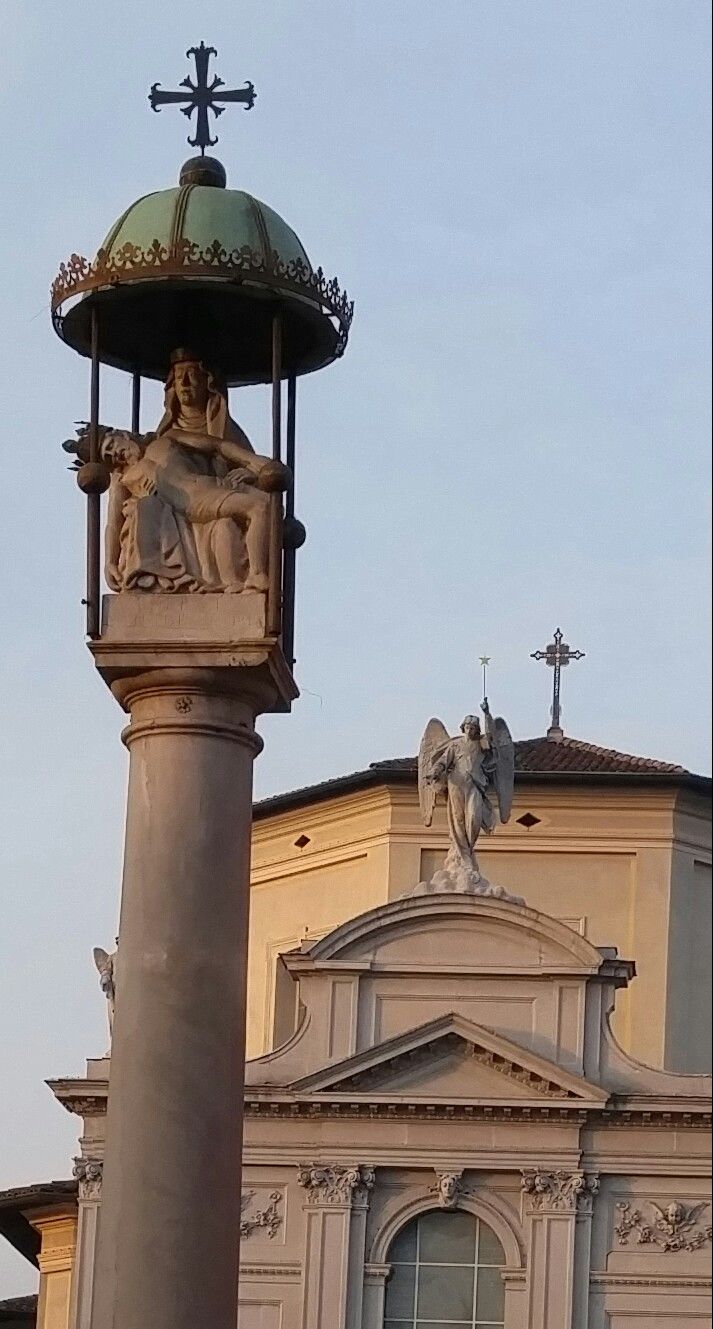 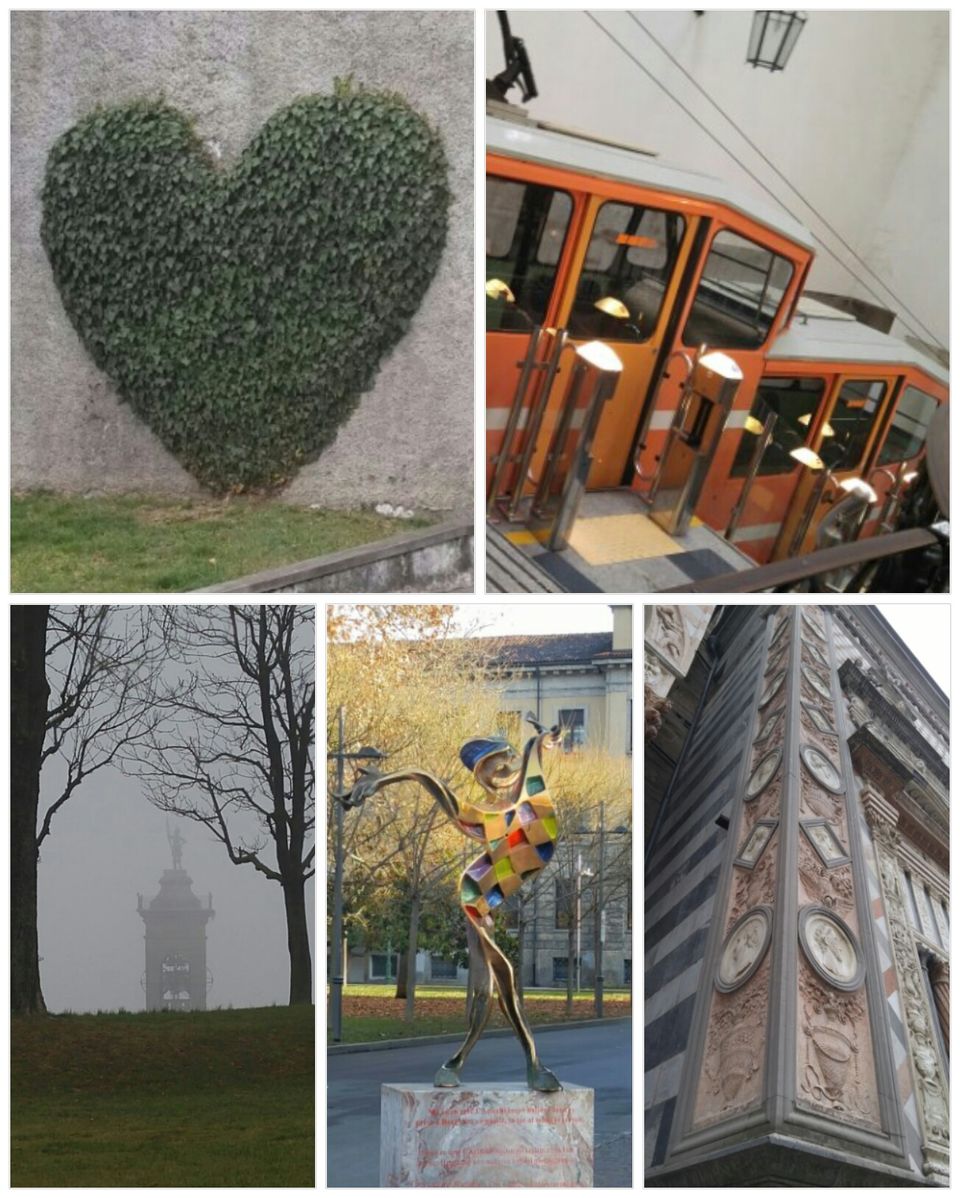 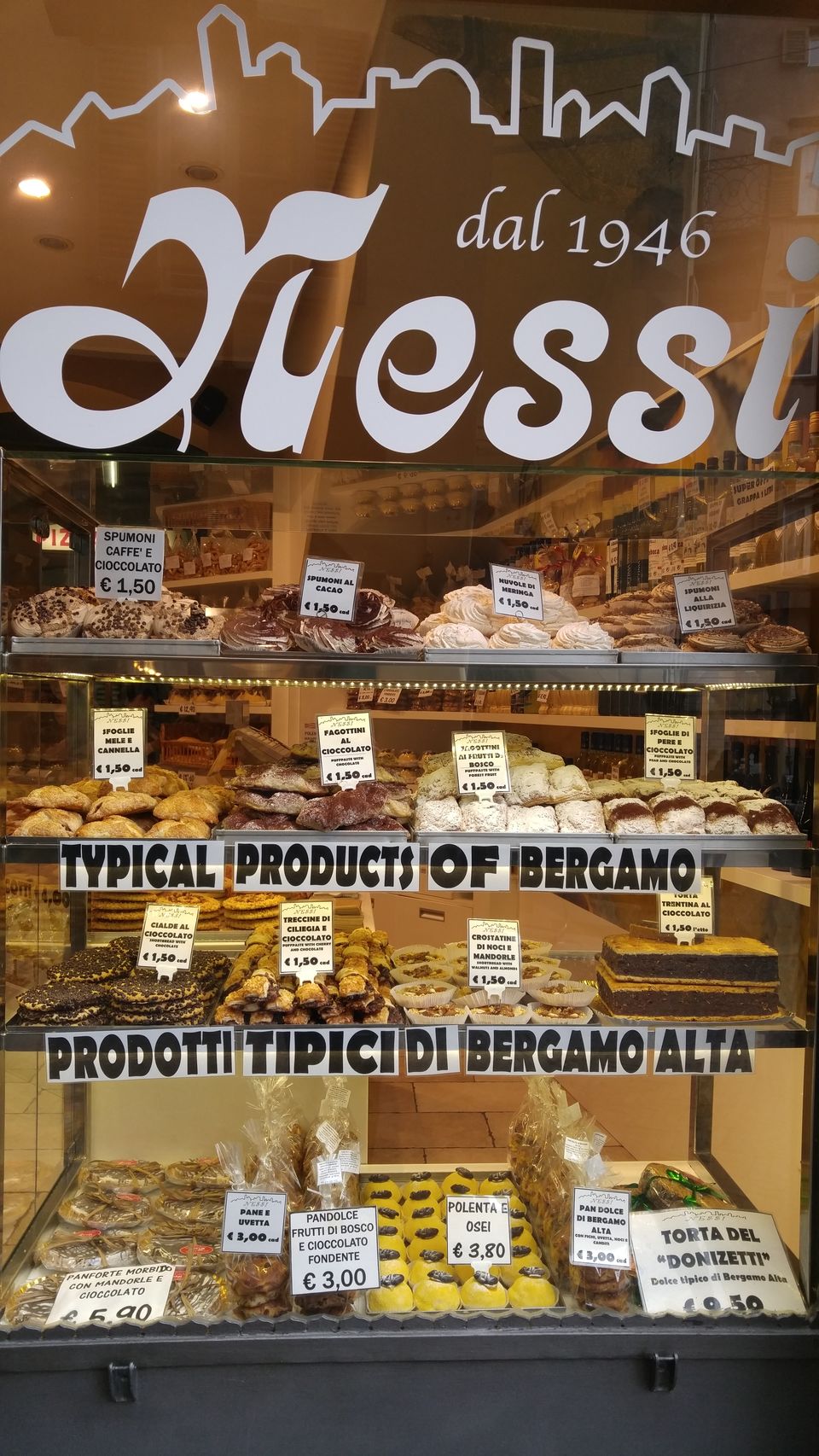 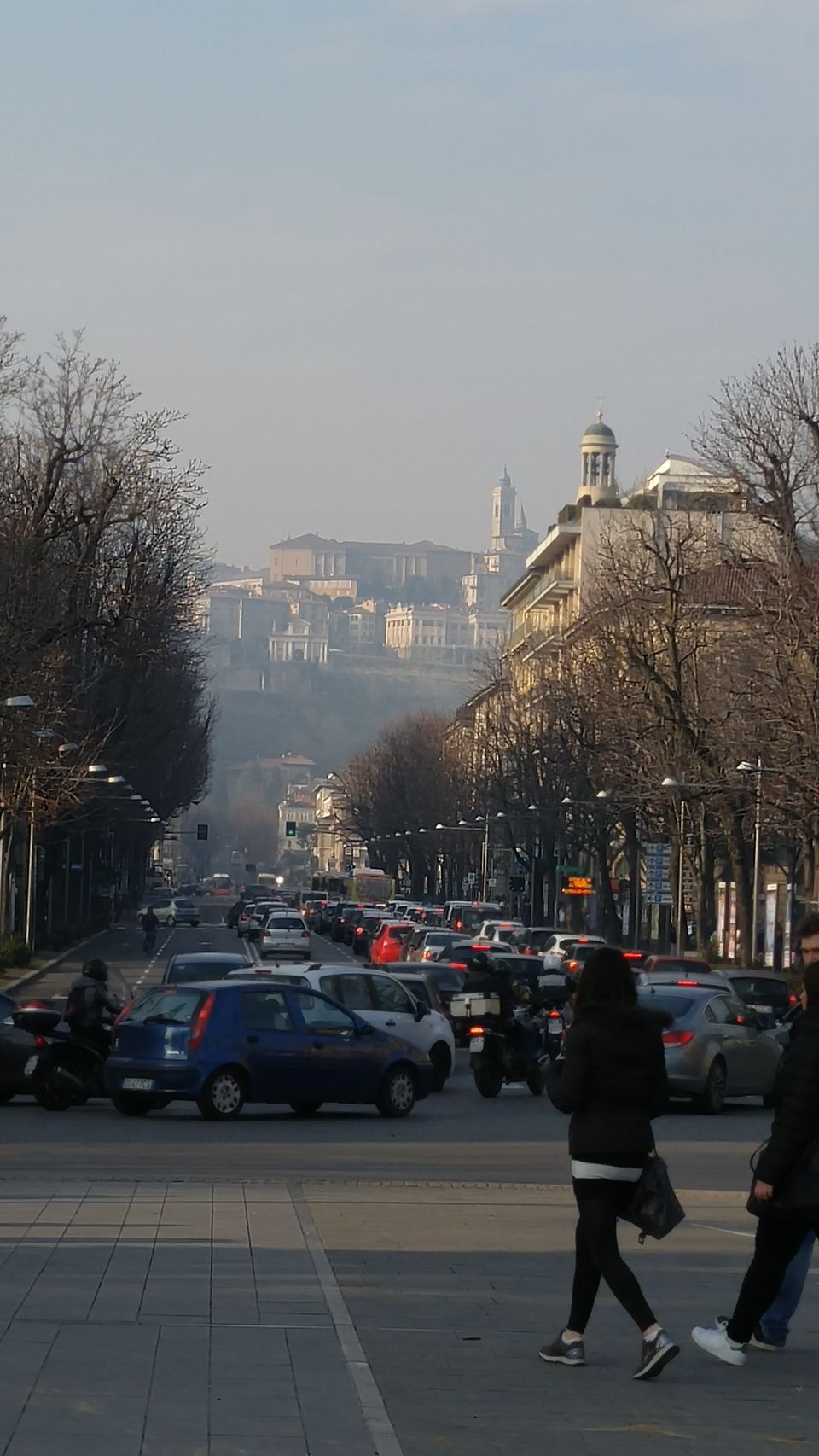 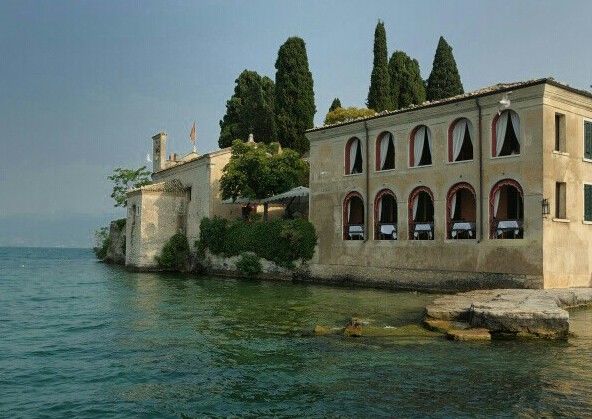 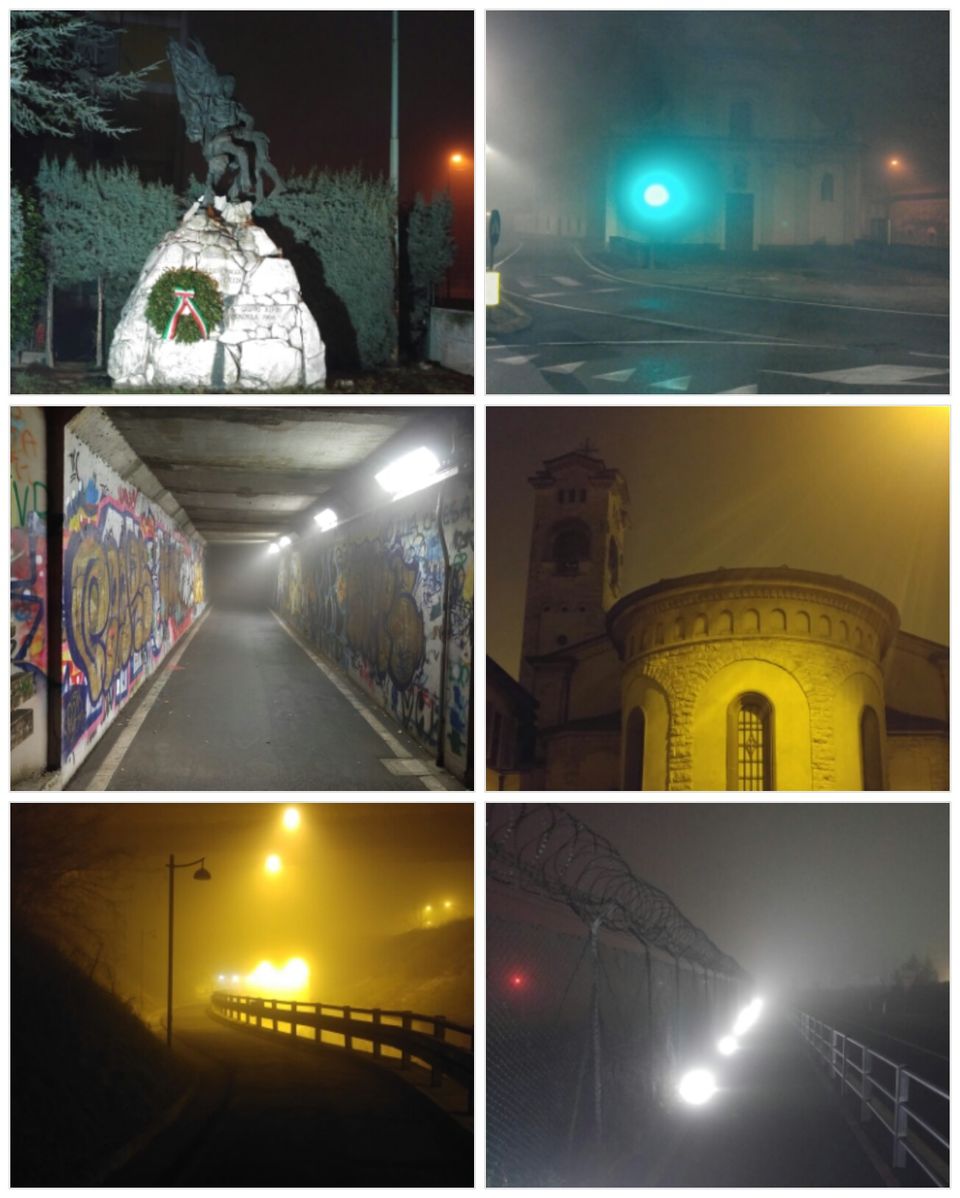 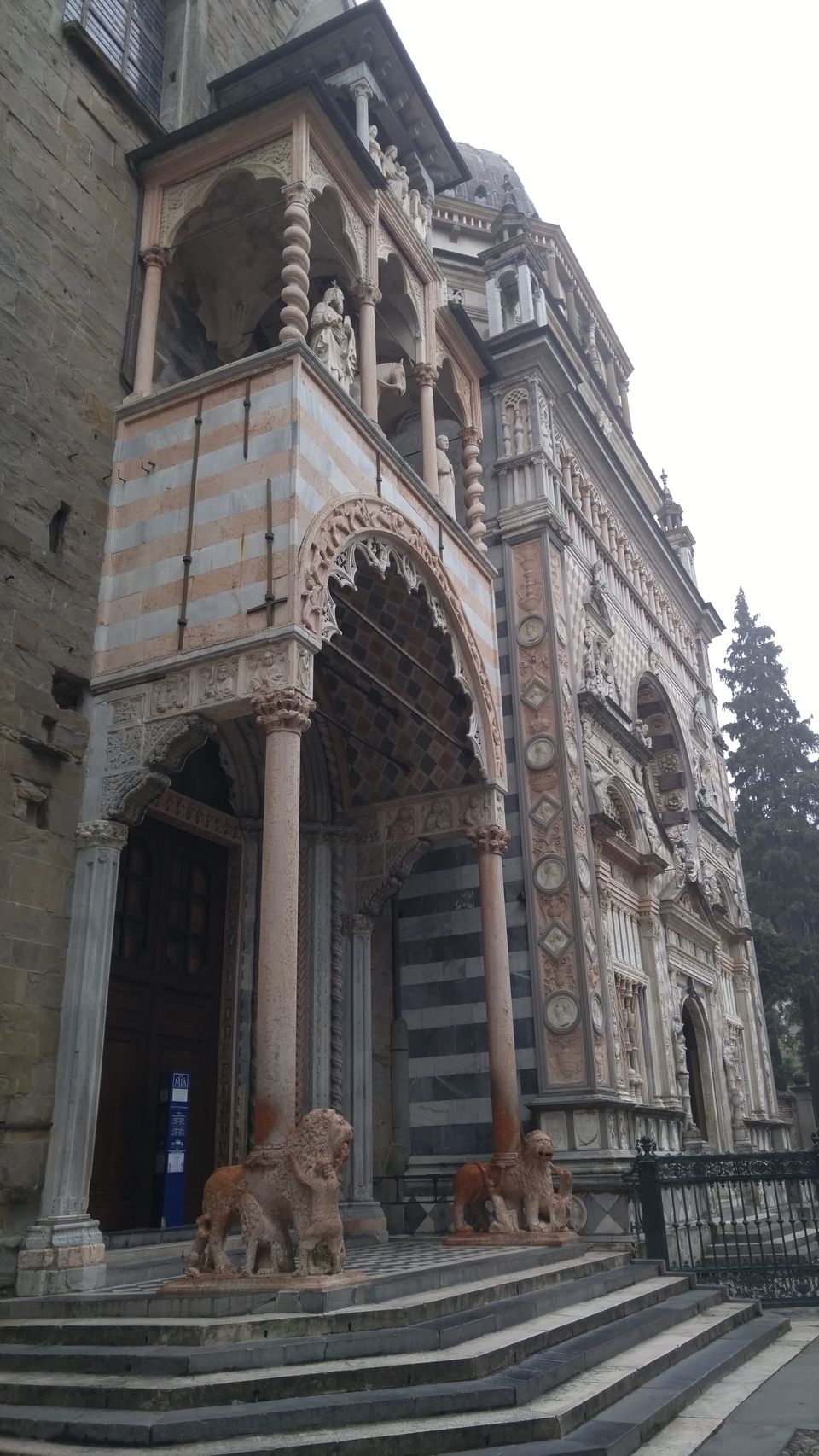