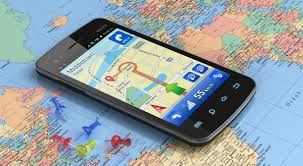 With android enabled cell phones at our fingertips, gadgets and GPS enabled devices on our palmtop, ABC (Altimeter, Barometer, Compass) enabled watches on our wrist, various travel related websites on the web as a motivator, people don’t see travel as once in a year luxury that used to be a scenario a decade ago but a need which bridges the distance with the unknown, creates awareness and ensures better performance in their work life. 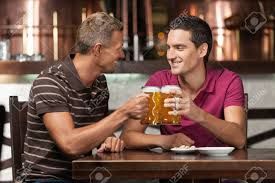 Travel is also a subject that can be talked about and posted in one’s Facebook timeline and people generally don’t take it as a show off like other materialistic objects. Sitting in a pub and discussing your own journeys and latest adventure trips with someone you just met over a drink instead of discussing which latest car you just purchased creates a different kind of atmosphere which prompts the other person to share his or her own journeys like an African safari or trekking or exploring a village with world class facilities they enjoyed recently and it creates a lifelong bonding and friendship. Someone whom you know for decades may not be your desired companion for the next travel you are planning but such new friends who inherits a kind of love and passion towards exploring new places, new foods, and new streets beyond their comfort zone can turn out to be your next travel mate.

In last decade with various off the beaten tracks explored by various travel organisers, adventure sports extensively promoted on different platforms and increased awareness and interest of people towards travelling and change of outlook influenced by newspapers, journals, websites, tour organisers, fellow colleagues and friends, travelling has become a much sought area today.

In recent times even a new theory of “Bleisure” coming into limelight where business and leisure being seen on the same page like never before. Many corporates in the western countries are making it compulsory for their employees to take holidays and go away from their workplace without any worry and the result is extremely encouraging not only in terms of employee satisfaction but better output in terms of achievement of organizational goals. In India though this compulsory factor yet to come in full force, organisations do not mind approving such holidays. In many of my trips I found people getting engaged in such bleisures. Also met people who with an enterprising aptitude starting their own startups companies to promote this kind of journeys and earn handsomely.

Opportunities & demands are huge in this field and with various Government schemes available, there is a large opportunity to contribute to the economy and earn a living. Starting from the boatman on the banks of Ramghat in Chitrakoot, the tea seller on the corner street at Kahjuraho, the taxi driver giving a ride to Araku valley or Ajantha Caves, a food joint near Kempty Falls, a mineral water bottle seller at the entrance of Raneh falls, a adventure guide on the way to Roopkund or Kedarkantha, a mule owner transporting goods to the high altitude peaks are all contributing to this economy and growing need called “Travel” thereby earning a living. However things are not enough and more organized players should come to boost this growing sector and attract more crowds.

Responsible tourism is another area of my interest. Small example is like carrying a pouch bag while trekking in the Himalayas and collecting small plastic products that people throw on their way to the top (actively promoted by almost all trekking organisers like Indiahikes, Trek the Himalayas, Himalaya Trekkers and many more). Even an everest expedition was conducted by one Sherpa named Ange Dorje in 90s with the only aim to clean the route and they collected around twenty tons of garbage during that journey. This responsibility does not start only at the tourist destinations but promise to cleanliness starts at one’s own area of residence. Whenever I travel to cities outside India, seeing the cleanliness in some cities they are being able to maintain, I just think why we can’t do the same in India. 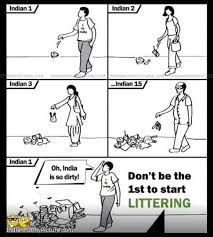 It is people of those cities and countries who decided and promised to themselves to keep their cities clean which looks like a distant dream in our country in spite of efforts by our Prime Minister and Govt deptt by levying taxes, creating awareness through Bollywood stars on Television, constant messages in FM Channels by some popular RJs etc. Until and unless the urge comes from within with a change in attitude, cleanliness will be a distant dream. Though sounding pessimist, this is a fact and we all have to accept this and try to do something at our individual level which may one day improve the overall face of India. Not only the developed cities and countries but even smaller countries like Bhutan, Nepal could make it happen, made the tourist spots in their countries clean and we should get inspired with their achieved results and follow similar path to witness a litter free environment in our country someday.