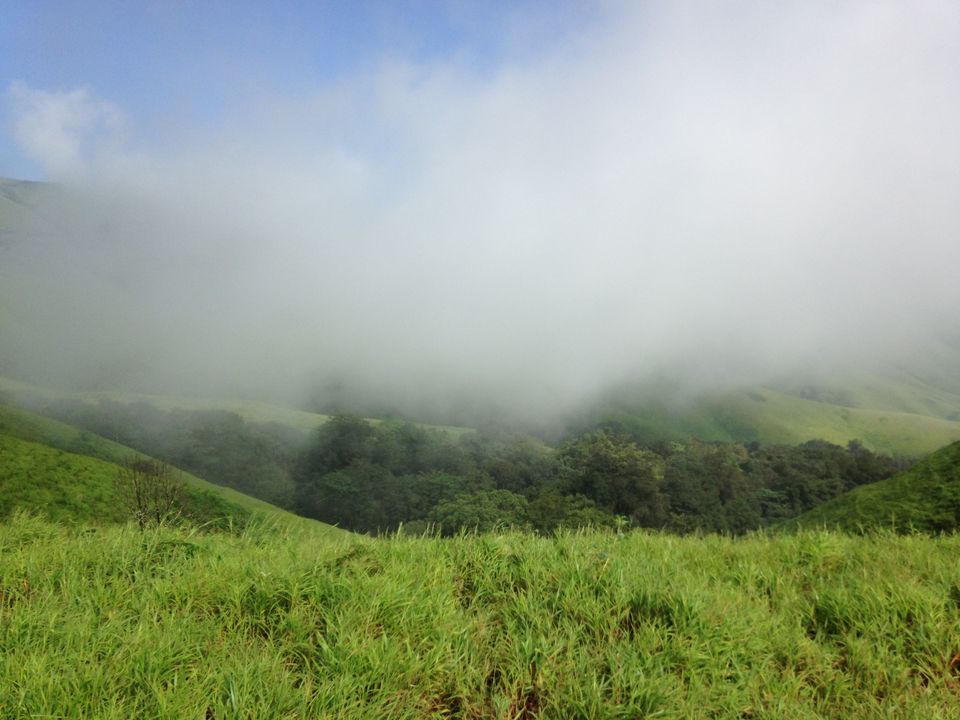 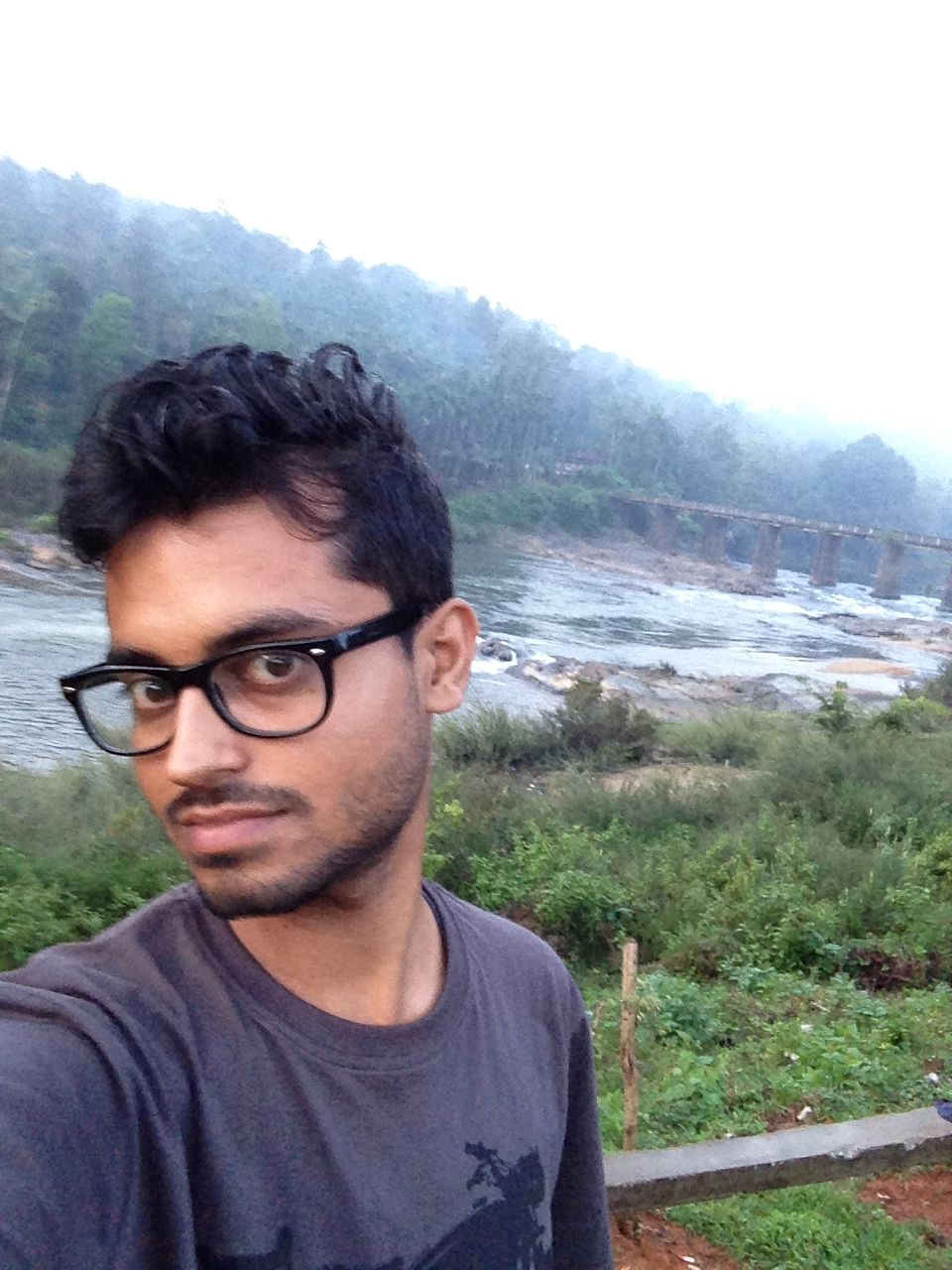 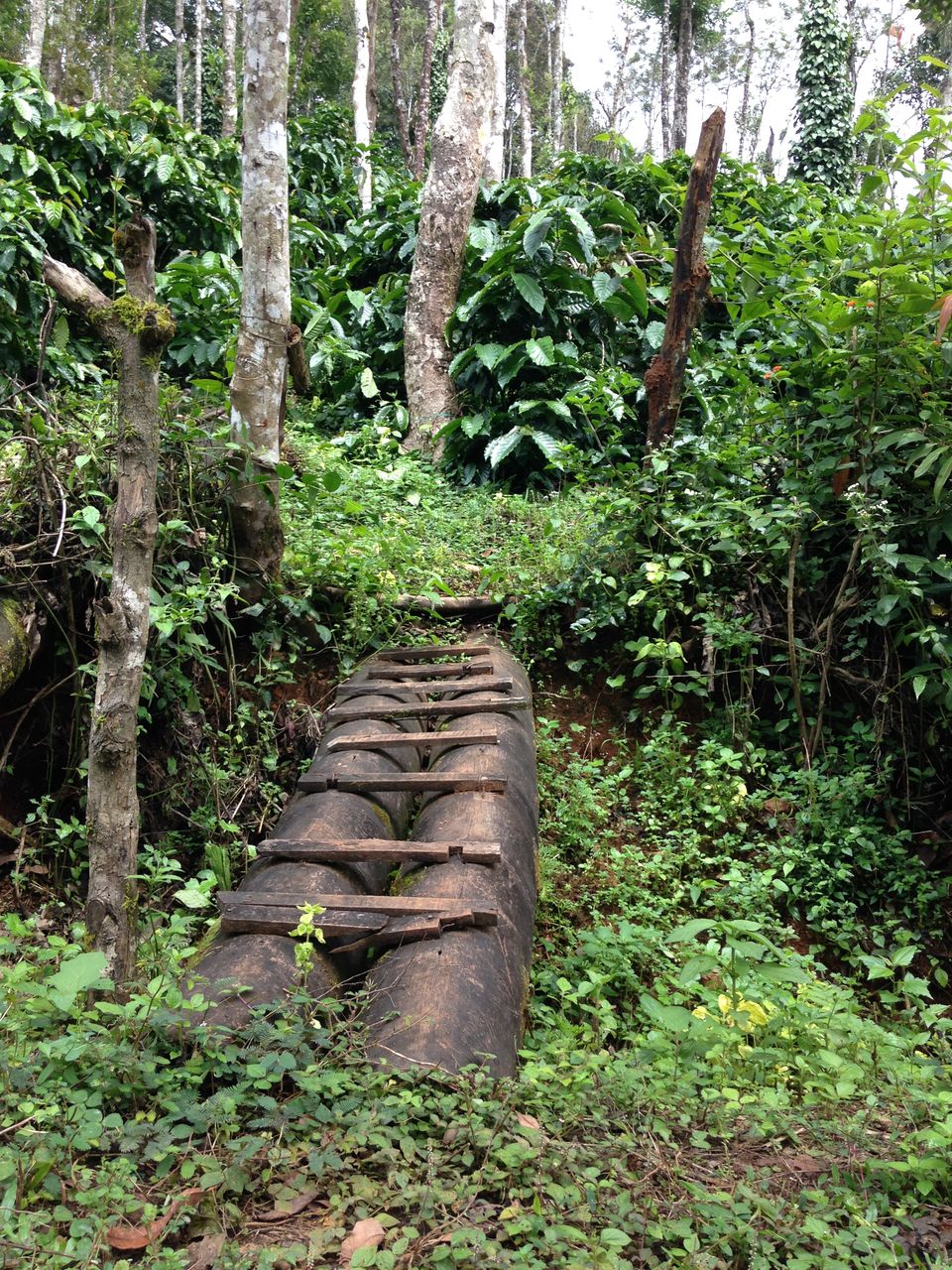 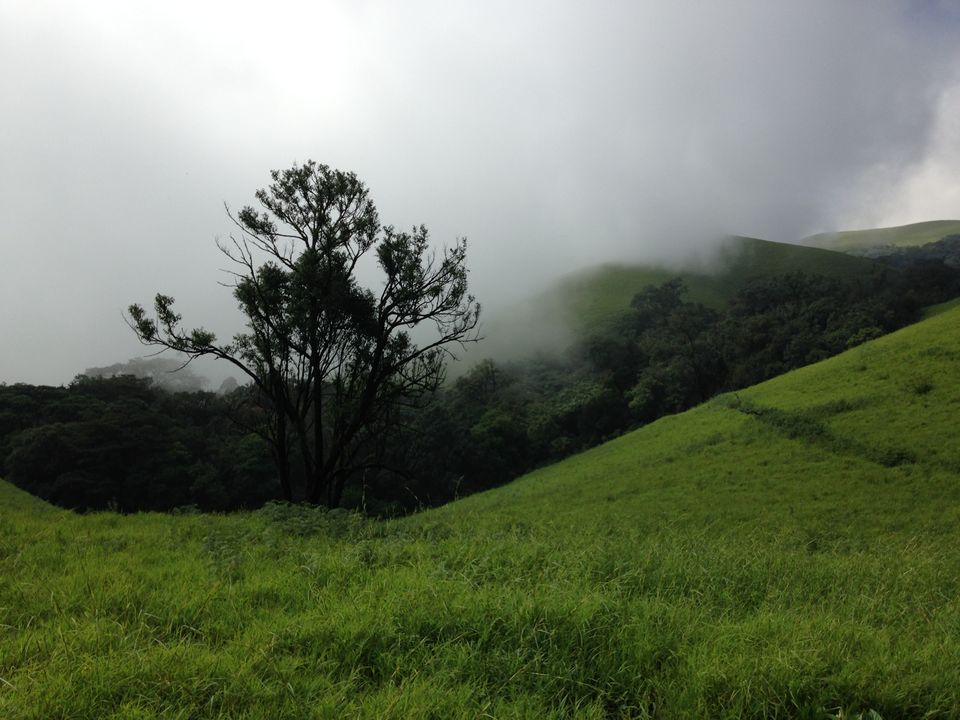 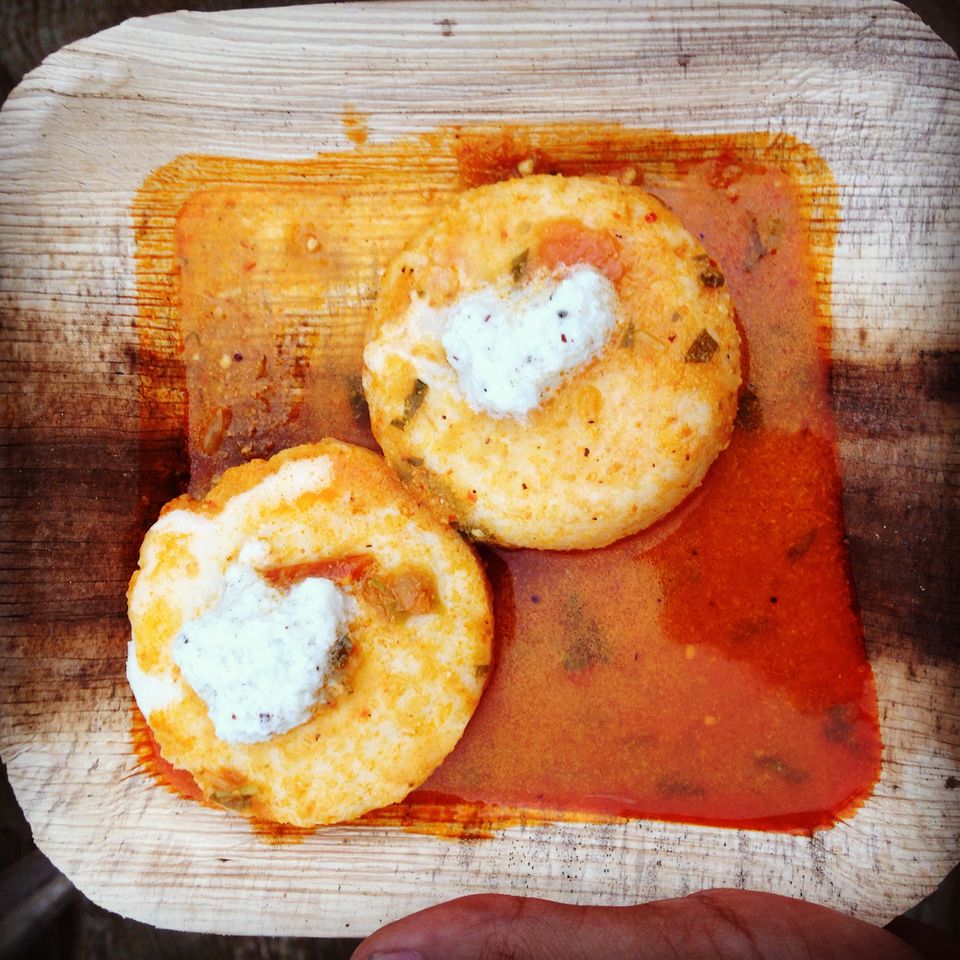 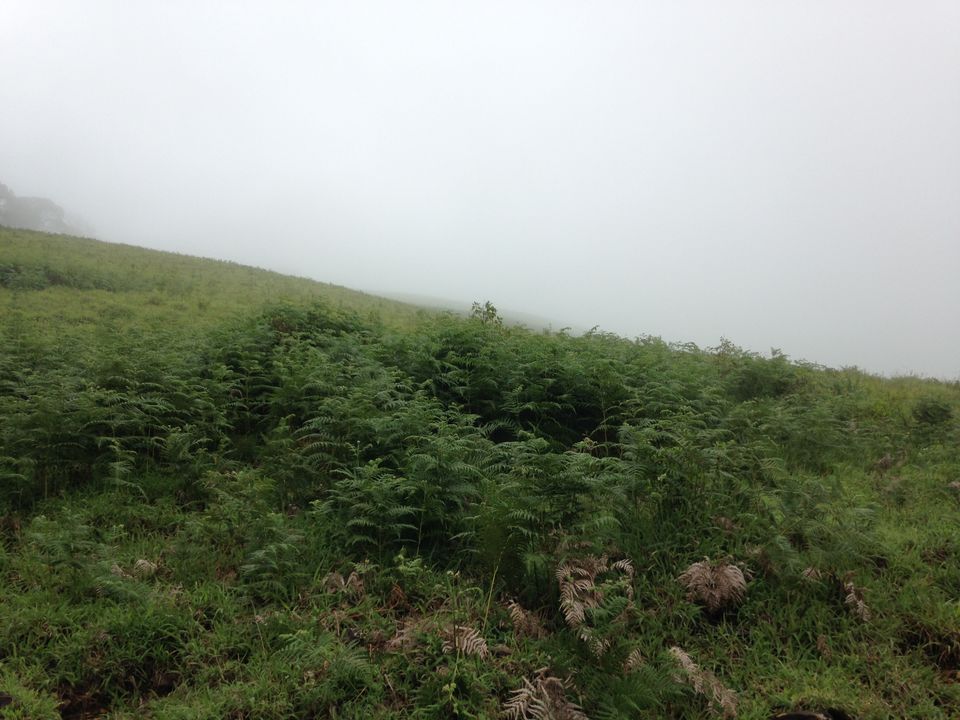 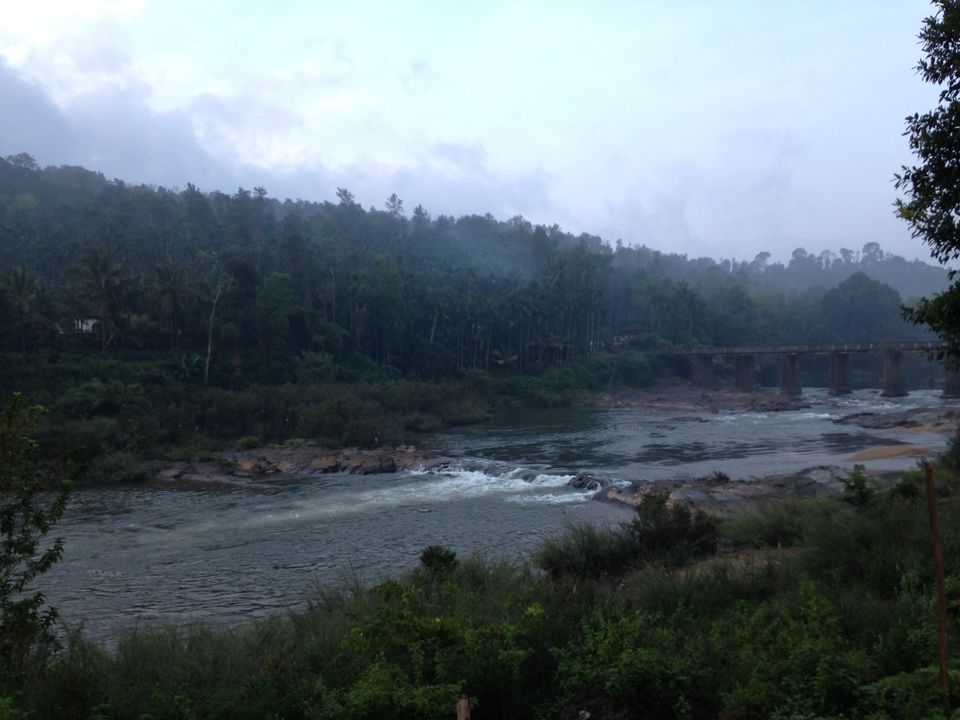 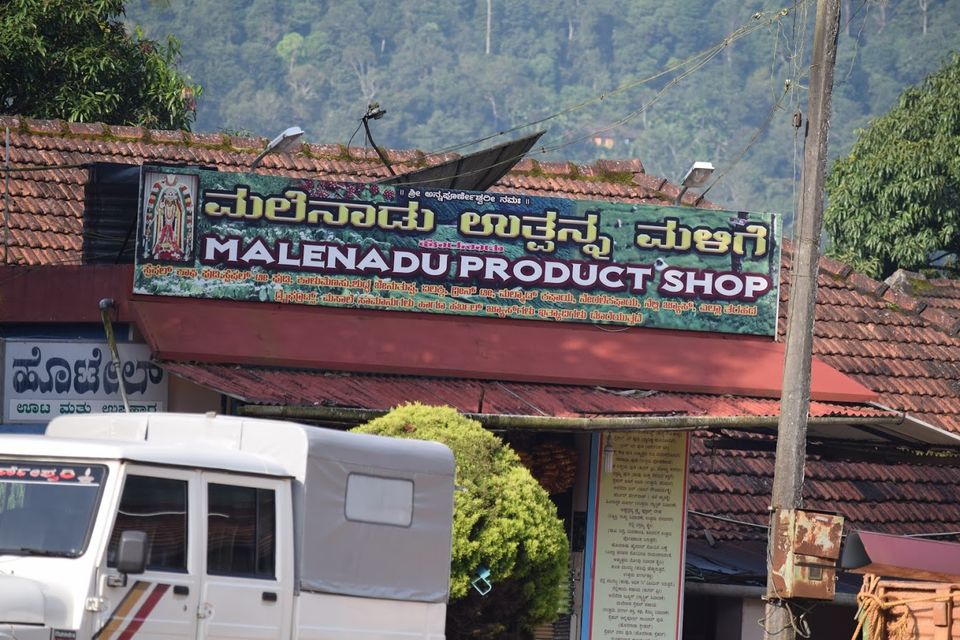 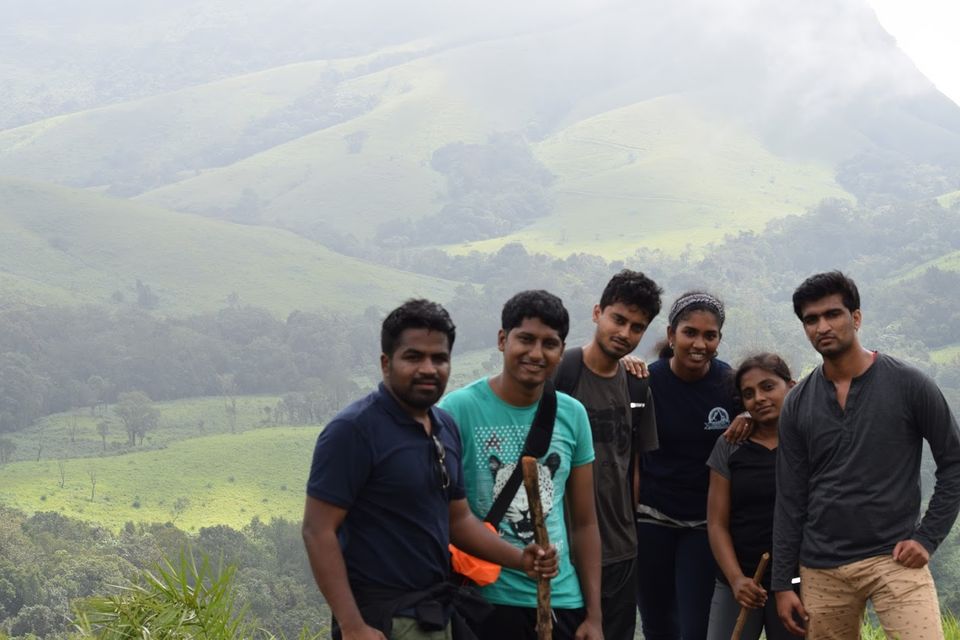 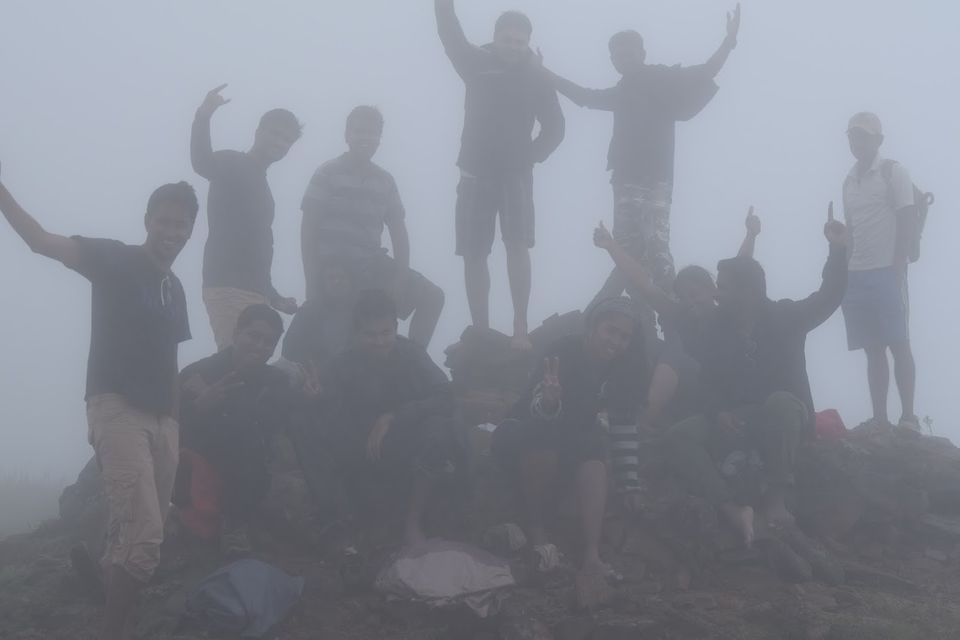 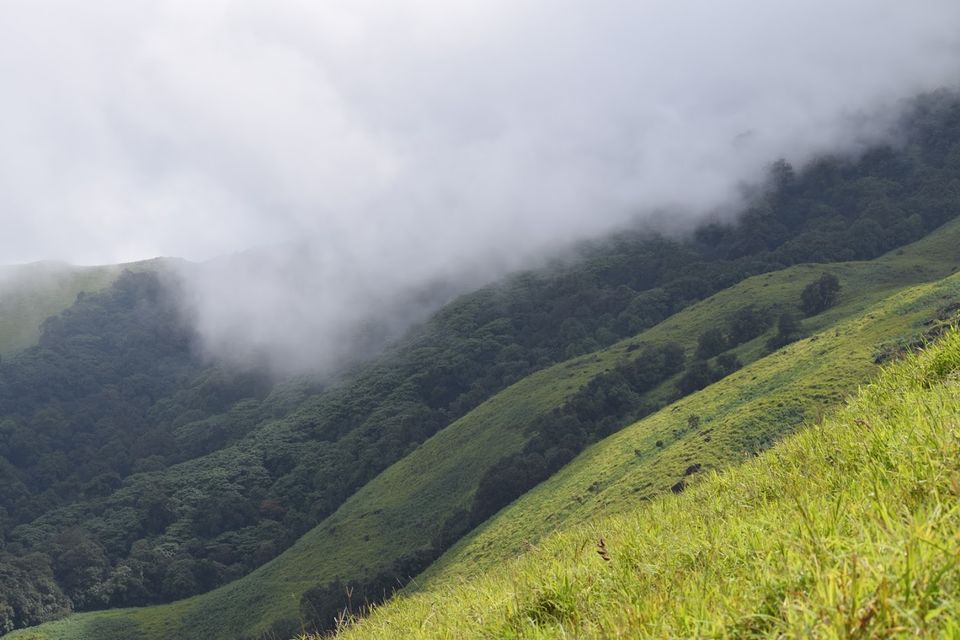 Ok so before you start judging me; Let me clear one thing No Animals were harmed during making of this blog... Sigh... :D

So it was my first two day trek with BTC, 7th overall and the place where we were going was always in my bucket list. Kudremukh (in Chikmagalur district), which is the 3rd largest peak of Karnataka is one of the most scenic place I have seen in my life. So as it turns out, we gathered at famous Sankala silk house near majestic on 8th Oct at 10pm for our pick up. Our organizers for this trek were Ashwin & Ramya (who had to bear with me for second time :D  ). After all the chaos we finally started for Kudremukh around 11pm, as most of the fellow BTC’ian were meeting for the first time we had a brief round of introduction after that everyone settled and the long journey started.

It was around 5-6 in the morning when the Western Ghats started and some of the fellow BTC’ian started to feel motion sickness. It was very difficult to hold on to our seats due to sharp turns and our driver I guess was some distant cousin of Schumacher who was showing no mercy on our situation. :D

Finally we stopped at a place named Malenadu for breakfast and refreshment. After having a heavy breakfast we headed toward the Eleneeru Waterfall which was around 4km of trek one way.

Once all were done with lots of selfies and posing, we started for Rajappa’s Home stay which was around 10km from the Kudremukh peak and it is famously known as the base camp for Kudremukh trek. Our Schumacher’s cousin parked the TT on the main road from where we had to hike/trek around 8km for the guest house, as it started raining everyone was costumed up with their fancy rain jackets and ponchos.

After around 3 hour of trek we reached the home stay and the first word came out of my mouth was “Whoaaaa” it was a beautiful cozy place surrounded by lush green carpet of nature. We were welcomed by hot sizzling lunch which helped us in vanish the tiredness of the day. In evening hot pakodas with tea and coffee was served.

As everyone was tired, after dinner people were trying to snuggle in the bed but in my devil mind I had plans to keep them up till 12am so finally I convinced them to play my favorite game Mafia, many were new to this to game so after explaining them about the game and showing some demo, when people started to get into the groove it was one hell of a hilarious ride. In the one of the game our Cop was protecting the mafia and was trying to kill the villager maybe he was bribed well :P after playing around 6-7 games we thought to call it for the day.

Next morning we all woke up around 6, had our breakfast and packed the lunch, around 7am we stared the trek for Kudremukh peak with our guide from Kudremukh national park. After crossing several streams, small waterfalls and encounter with several blood sucking leeches we managed to trek 10km in 4 hours, in between we were covered with clouds most of the time, on the way and at the top the view was mesmerizing.

We stayed at the peak for around 1 hour and had our lunch there, after clicking several pics and enjoyed the view for an hour we started trekking down pass 1pm and as it turned out descending down was more difficult than trekking up due to very slippery terrain so it took around 3.5hour for us to final reach our base camp at Rajappa’s home stay.

After some refreshment and spending some leisure time, we left for Bangalore around 8pm and had dinner at some small dhaba on mid way, we reached Bangalore around 5am in the morning and parted our way with fellow BTC’ian. Thanks to BTC, Ashwin and Ramya for organizing this awesome trek.

Just in case you are wondering about the title, below is the justification. 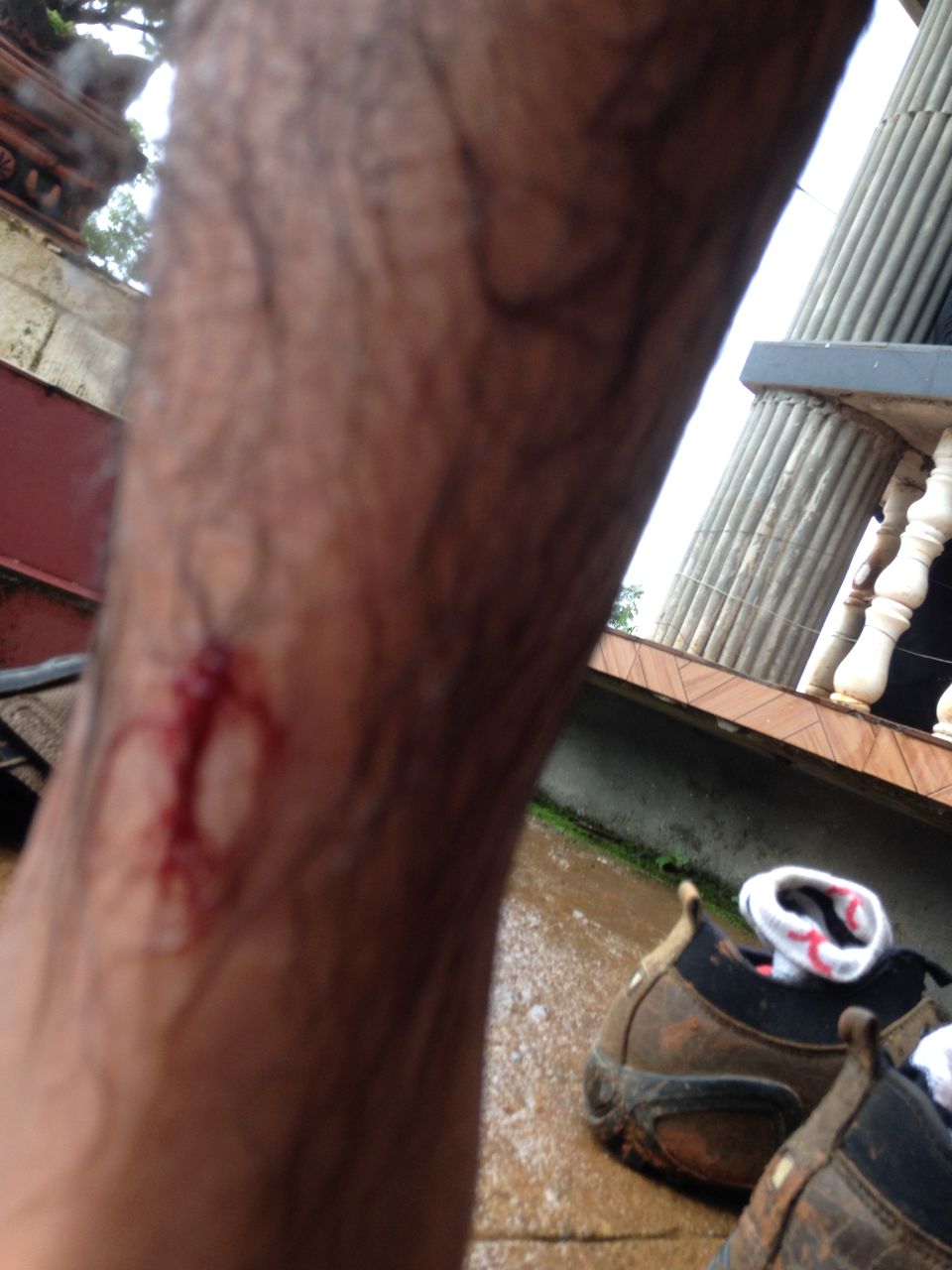