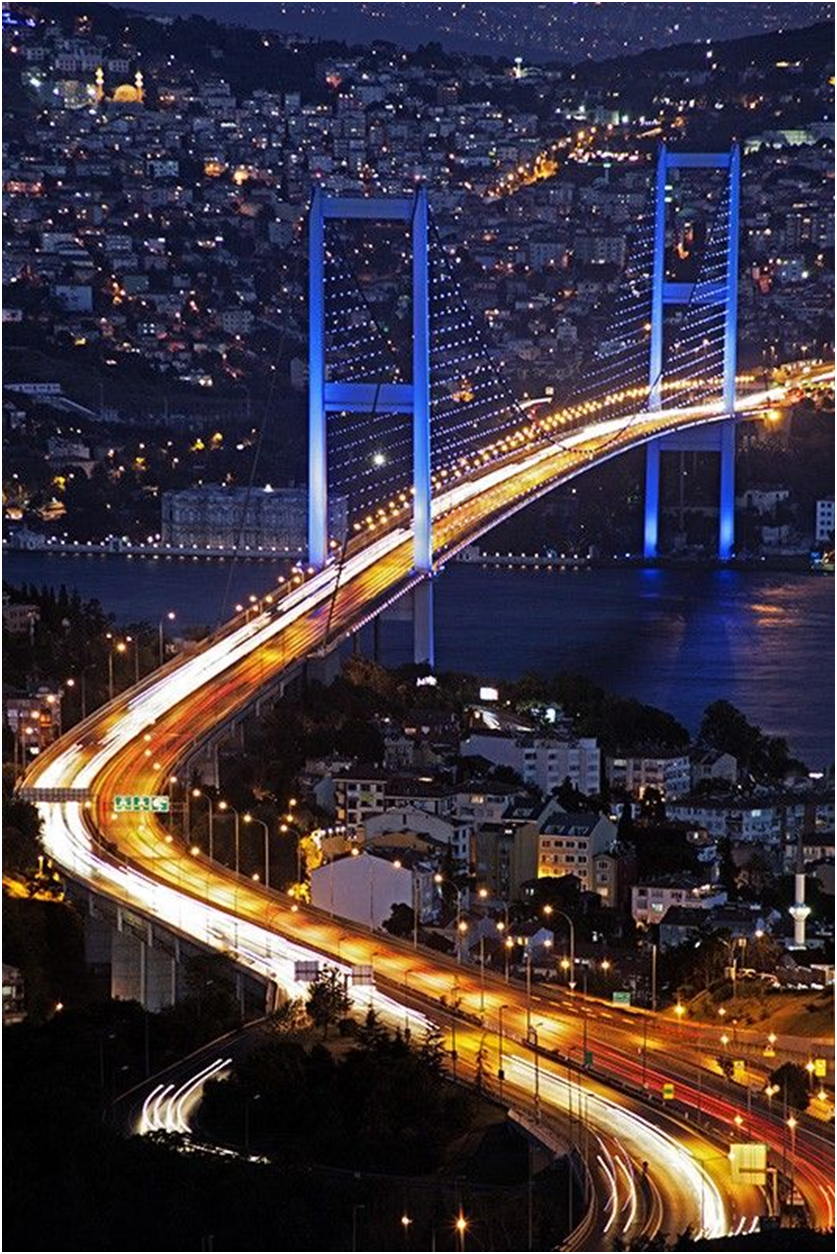 #Tthetraveller is enchanted by the city Istanbul which straddles Europe and Asia across the Bosphorus Strait. That’s right! The city half resides in one continent and half in the other. The residents get to feel the culture, ambience and lifestyle of not two states or countries but continents altogether. Makes you feel so privilidged. As a traveller myself, just crossing the bridge once and feeling that novelty of stepping from one continent to another gave me immense pride and contentment. For people travelling daily via the same for their jobs in another continent itself would be so endearing. I mean, try to imagine it, telling your kids daily that you will see them in the evening when you will be back from Asia/Europe after your work. It’s amazing how this bridge straddles the east with the west!

It was fascinating to know that Bhosphorus is actually a strategic waterway linking the two seas, the Black Sea and the Marmara Sea. That concludes, it is acting as the binding force to not only connect two river and continents, but two cultures and two traditions. It’s a must visit place for every tourist out there. Not only do they sell delicious Kumpir (essentially a baked potato filled with cheese and different salads) underneath the bridge, also it is a lively place that yet lacks the hassle and the hectic tourist masses of the Sultan-Ahmed area with the Blue Mosque and Hagia Sophia. It is sure bet of love at first site.

#Tthetraveller recalls driving on this 1560 meters long bridge and feeling like sailing through a magical era. It gives one a rush of thrill and goosebumps. It’s a moment to treasure for lifetime. Don’t believe me? Go out there and have a look for yourself!