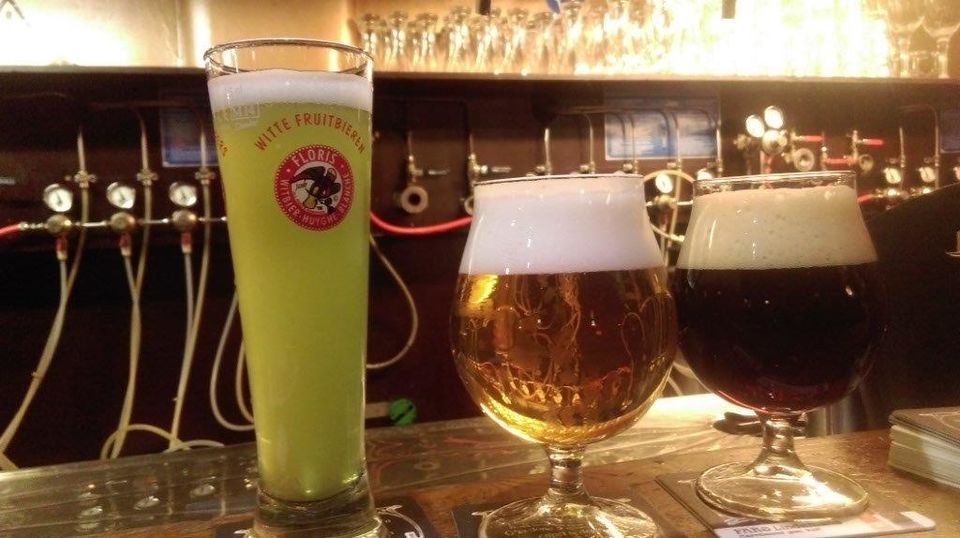 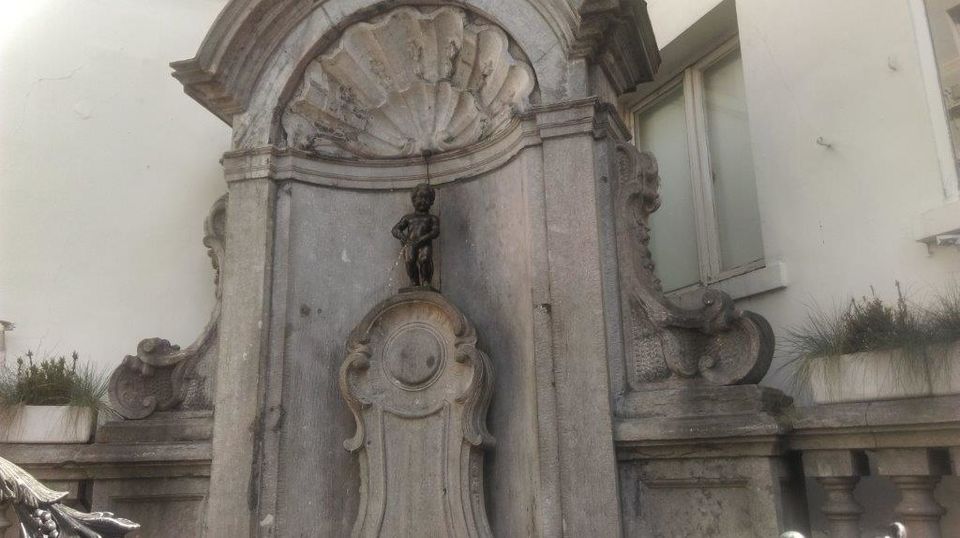 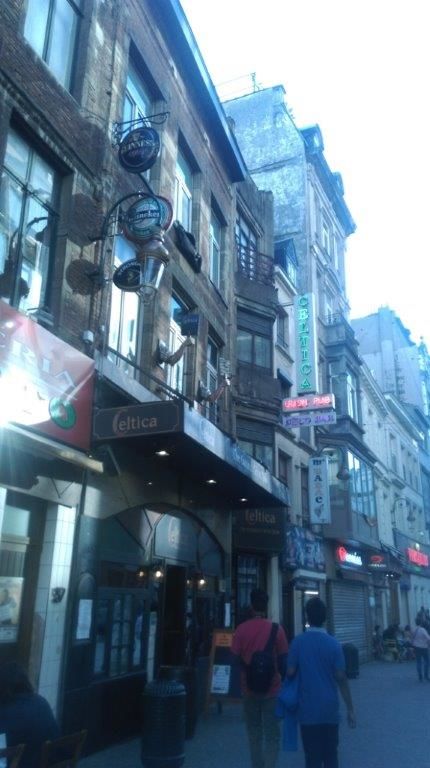 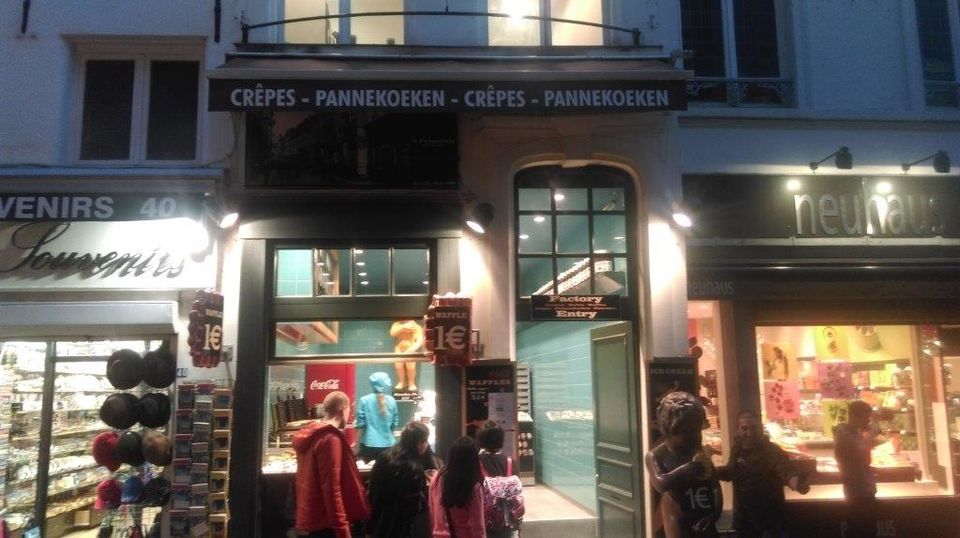 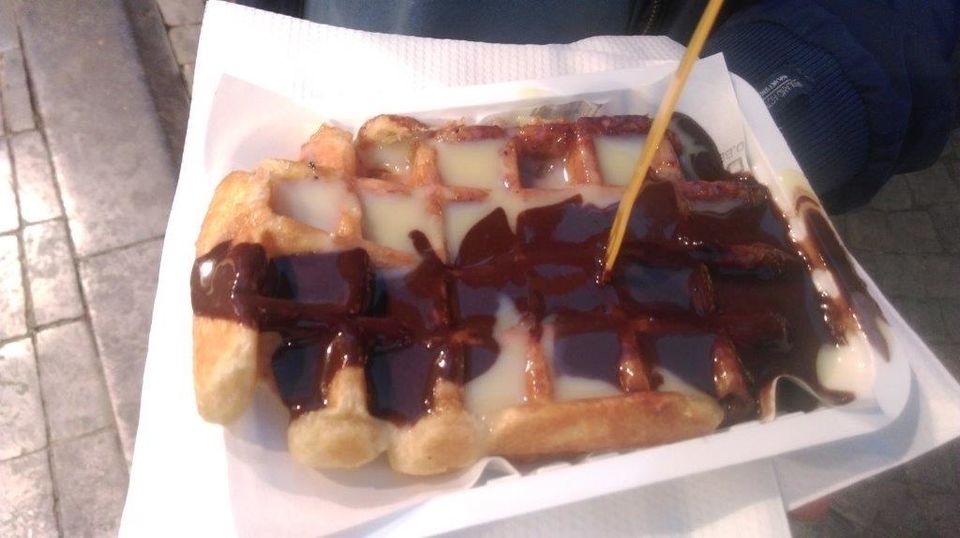 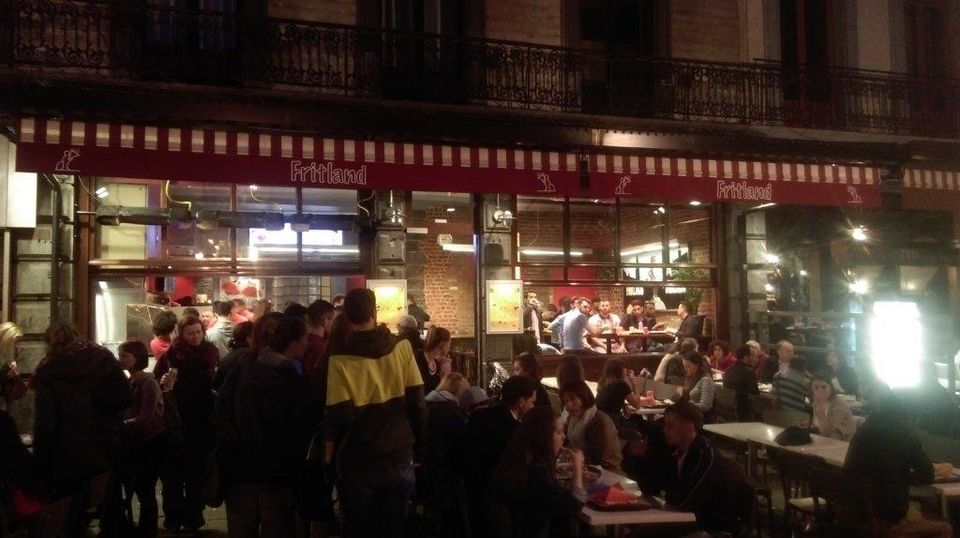 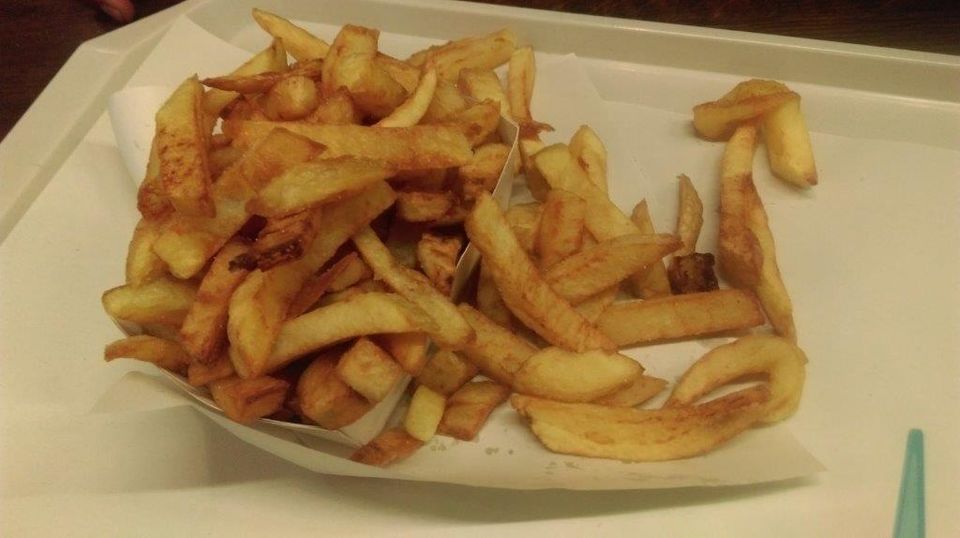 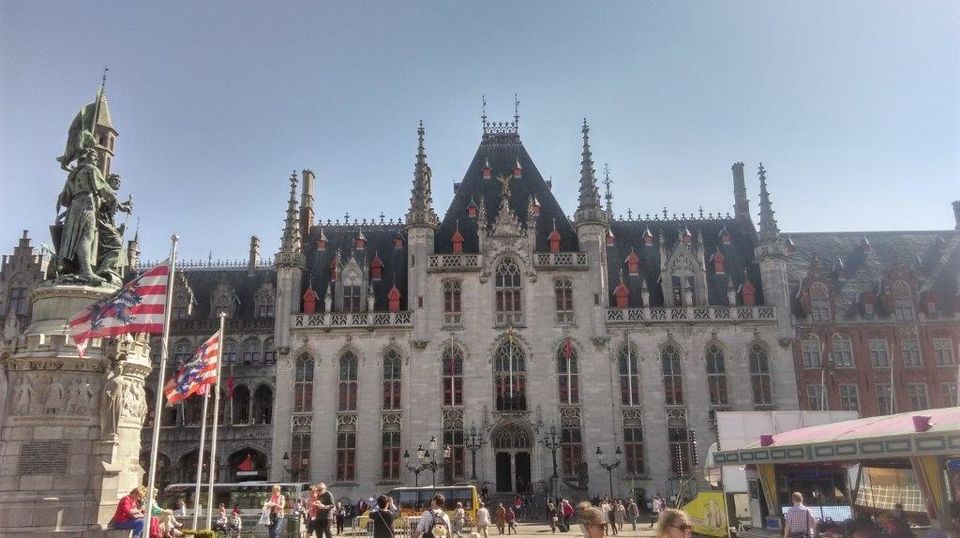 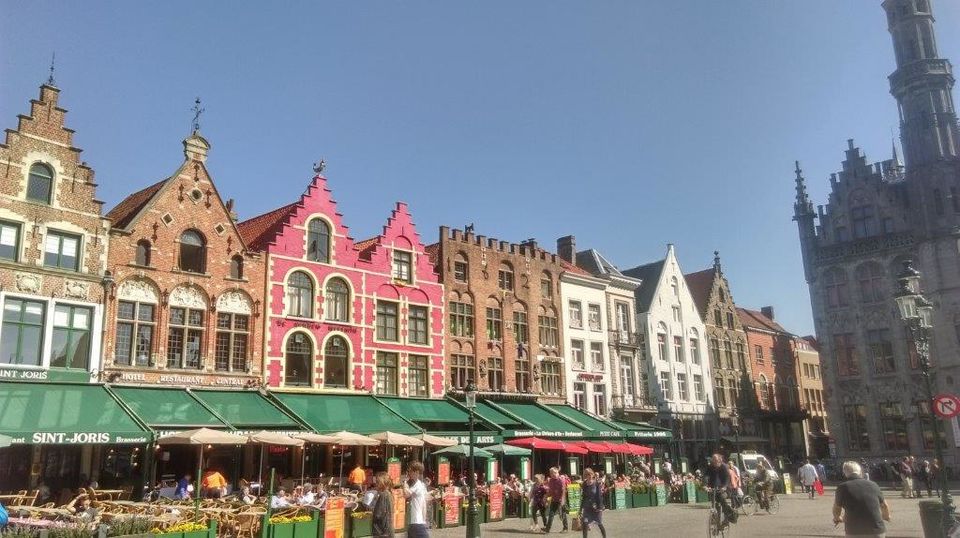 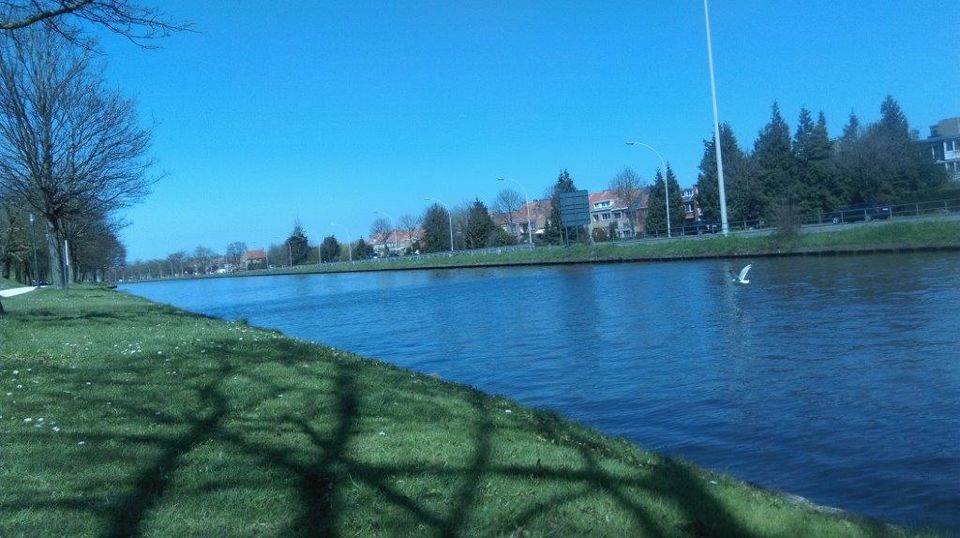 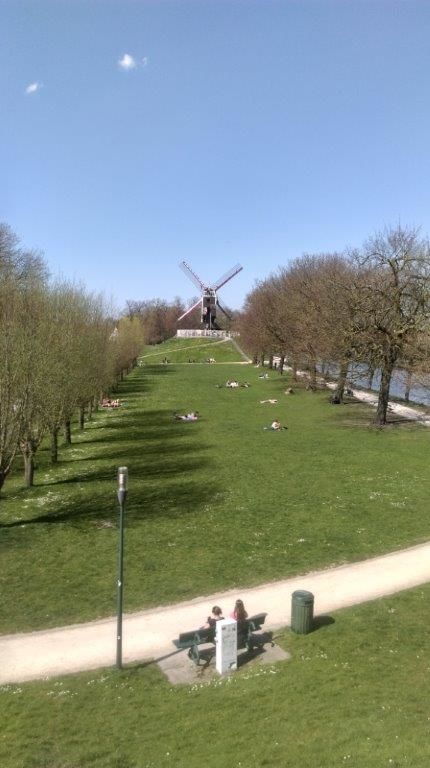 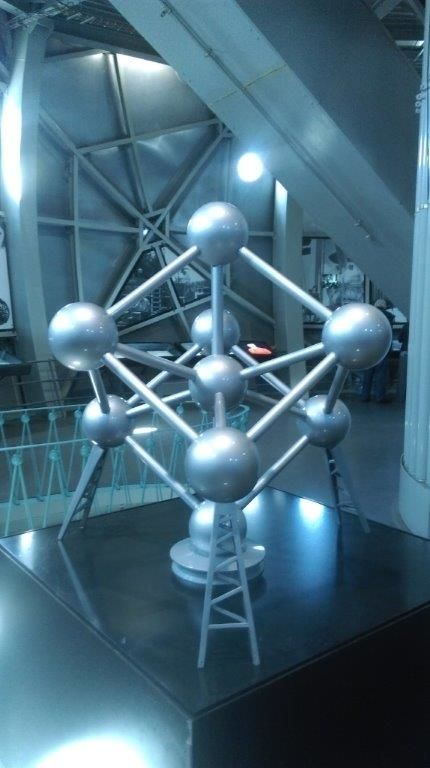 Me with Manneken Pis 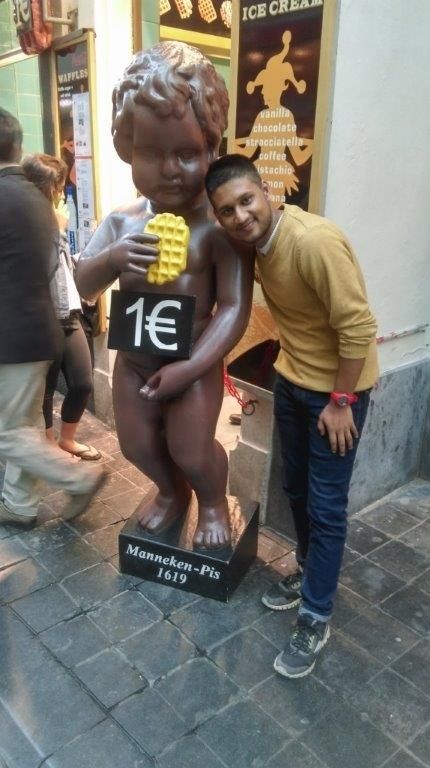 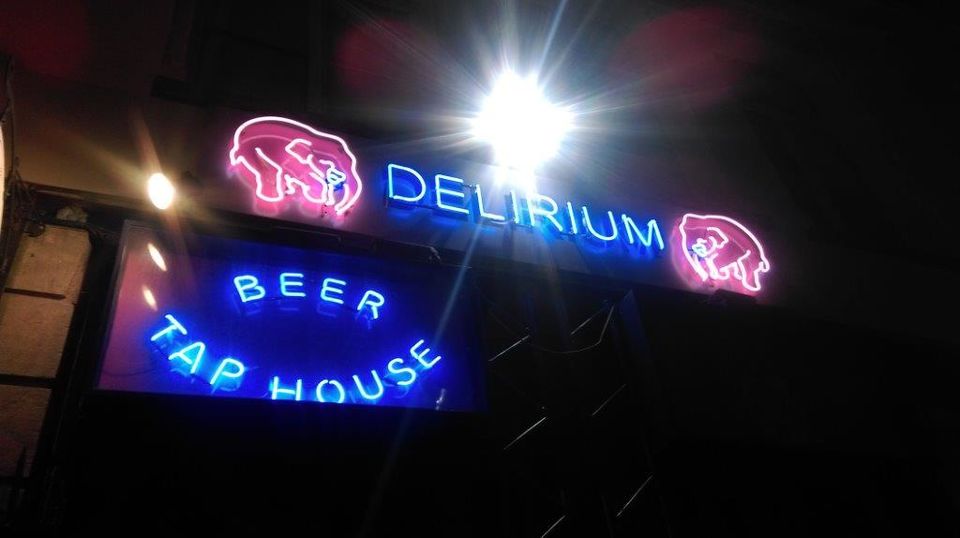 It is the capital of Belgium also addressed as a Gay Capital of Belgium. When I was planning for Brussels I had no idea what to do for four nights expect to see the weird nine iron ball construction called as Atomium and Manneken Pis- A small bronze sculpture depicting a naked little boy urinating into a fountain basin. It is the first bilingual city I visited in Europe. Note that Brussel is officially bilingual, so all names of streets to train station- have both Dutch and French names.

Waffles, fries and Beer- the three things Belgium people cannot be without. There are many shops beside the Manneken Pis selling plain waffles at 1Euro. It’s the cheapest waffles you can get in town.

Brussels is all different than Paris. I got to see two different countries, two totally different cultures just at a distance of 300kms. Most of the tourists come to Brussels after Paris, but only for maximum 2 nights. Bruges and Antwerp are the two must visit city apart from Brussels in Belgium. It will be a single day trip. Brugge in Dutch, one of the Europe’s most picture perfect historic cities. Once it was the major centre for trade in Europe. I went to Bruges, but was not able to make it to Antwerp.

The following things I came across while living in for four nights in Brussels:

1) Brussels people understand English. Thus there is no language problem. Mix some language while speaking because it’s the first official recognized bilingual city. Then don’t be surprised if locals in a bar suddenly switch languages in the middle of a sentence.

2) Be yourself, if you are in Brussels. Acting cooler may work in Paris but not in Brussels. The word ‘branche’ (trendy) is often used as criticism.

3) Belgians can’t agree on a language but they do agree that they have the best beer varieties in the world. From the lightest lagers to the darkest stouts, the fruitiest framboise to the toughest Trappist, the beers are tremendous.

4) Drink more beer than water and never order the same thing. There are around 1000 kinds of beer in Belgium and most of them you will see in Brussels. The Celtica and Delirium are the two best local bars to drink beer.

5) French fries? French? They should be called Belgian fries. Yeah fries/fritas was born in Belgian. The shop named Fritland, where you will get the best fries in Brussels.

6) Belgium is too renowned for its chocolates, everybody knows that.

7) The urban core is well connected through local transport.

8) For commuting in a city you can take cycles (Villo) on rent, but the city is small and is pretty much walkable.

9) In Belgium people eat early-breakfast around 8am, lunch at 12 and dinner at 6pm. All shops are also closed by 9pm.

10) Brusseleirs take eating and drinking very seriously! At lunchtime they eat a sandwich.

SPONSORED
Want to book a similar trip?
I accept the Terms of Use and Privacy Policy of Tripoto.
SPONSORED
Related to this article
Weekend Getaways from Brussels,Places to Visit in Brussels,Places to Stay in Brussels,Things to Do in Brussels,Brussels Travel Guide,
Tagged:
#Brussels#City Indroduction#Belgium Beers#city travels#Budget Travel#backpacking#festivals & events