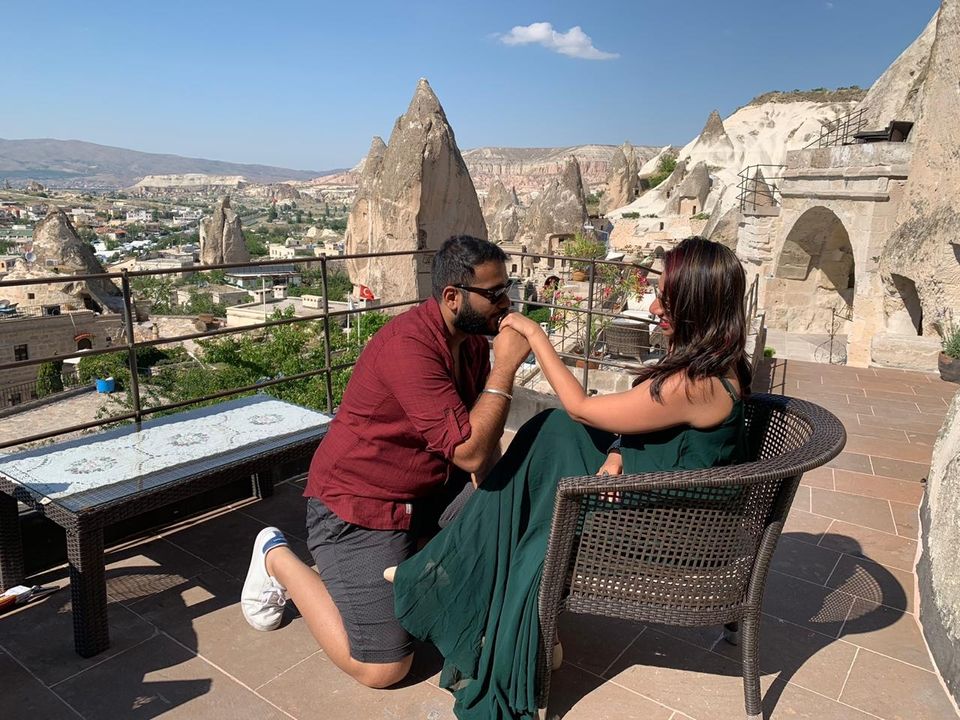 'Memory is the fourth dimension to any landscape.'

This statement sums up the days one spends in CAPPADOCIA perfectly. Once you have been to this amazing place, you can never get it out of your head and the memory lasts with you for a long long time to come.

I visited Cappadocia this year in the month of July and got to experience something which is just not easy to describe in words. I never thought i would get such an overwhelming feeling by looking at a place which has such rugged landscapes. Like the title states, it really looks like you have stepped out of the lunar lander. It has absolutely no resemblance to any other place on this planet and once there you feel like you just dont want to go back. Before visiting Cappadocia we had a brief idea of what to expect, but the magnitude of its beauty only becomes clear once you see it with your own eyes. No amount of words or pictures can do justice to the overwhelming feeling of being there in person.

Cappadocia was the second city i visited on my trip to Turkey. The best way to reach there from Istanbul is to fly to either Kayseri or Nevsehir and the tickets are also pretty affordable. We had hired a self drive car with pickup from the airport so travelling and exploring the places becomes a cakewalk. The roads from Kayseri to Cappadocia are in amazing shape as are in all of Turkey and the views on the way are well spectacular to say the least. The landscape changes very quickly from plains to hills and then to the so called Lunar landscape. 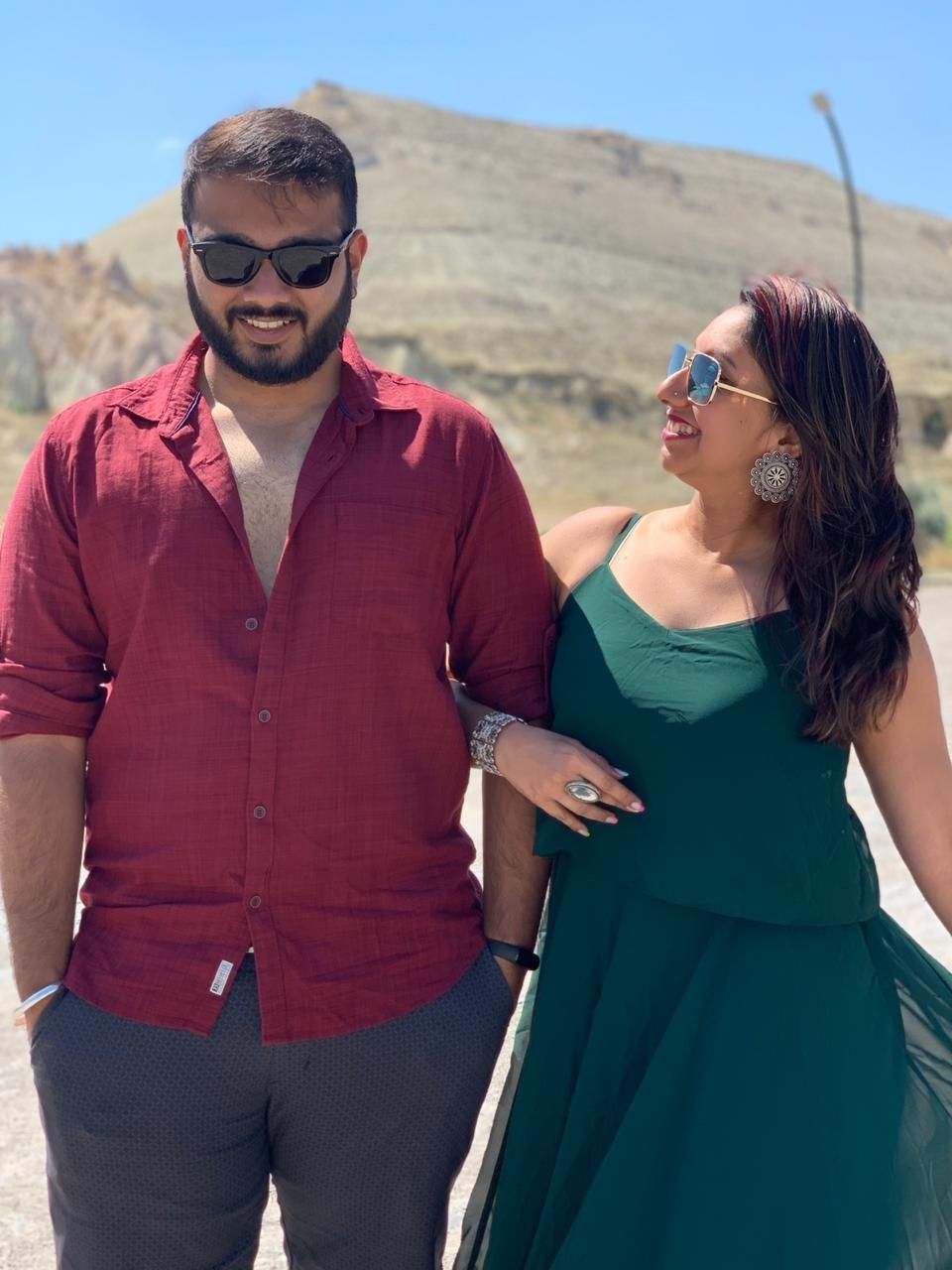 The choice of accomodation is really important in Cappadocia. This place actually gives you a chance to live in caves carved out from the soft stone. These are the famous so called fairy chimneys which rise from thr ground and since ages people of this region have dug out cave rooms in them for themselves. Most of these have been converted into cave hotels in the present day. After a lot of research and comparing the prices of these hotels we chose the VILLAGE CAVE HOUSE HOTEL in GOREME. So Goreme is the main town in the Cappadocia region and everything is really closeby here. The hotel is run by a family who is really warm and makes you feel welcome the second you park your car. The owner himself comes out to recieve you and even helps his boys carry out your luggage himself. The rooms are a few steps climb but trust me once you are up there you are in a different world altogether. Every room has a personal outdoor seating space which overlooks the entire region. The view you get from this place makes you want to sit there for hours doing nothing and just staring into what beauty god has created in this place. 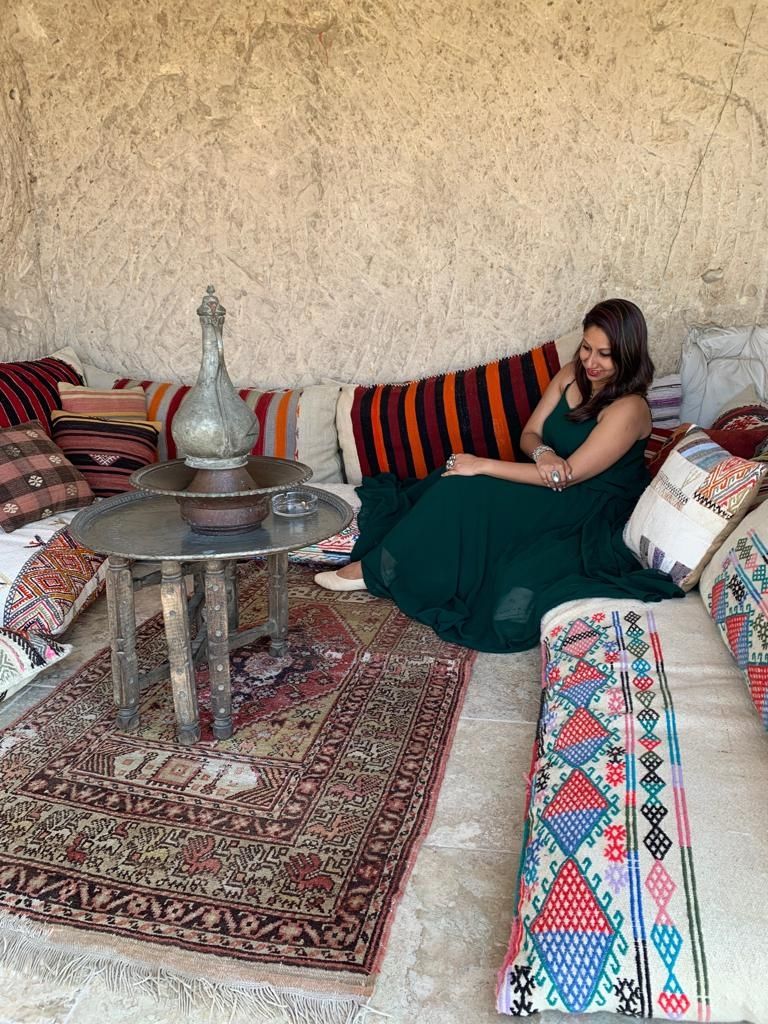 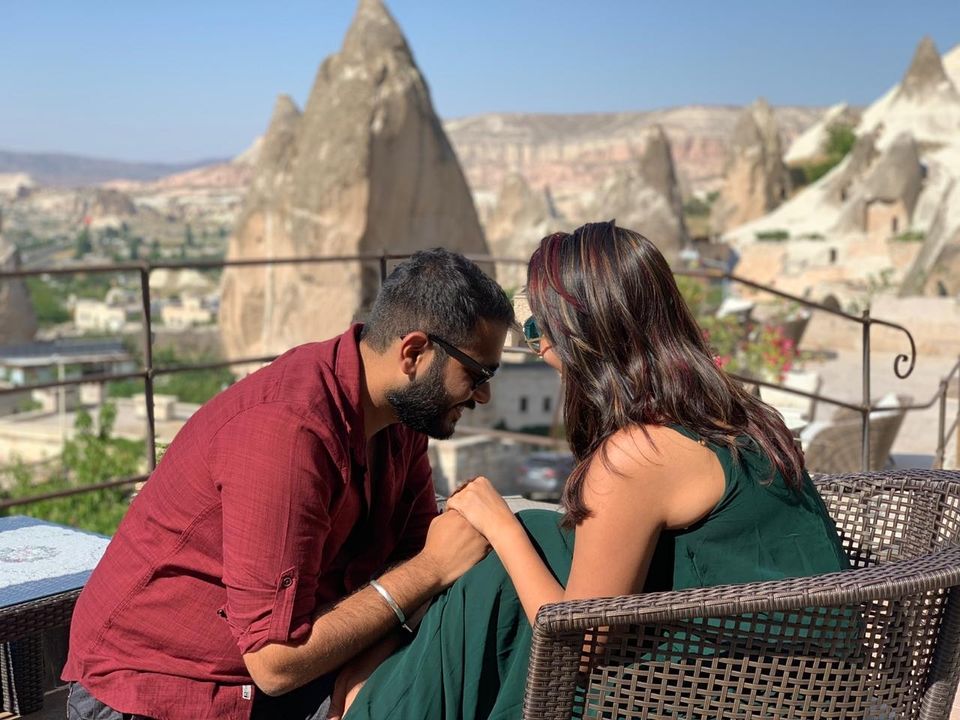 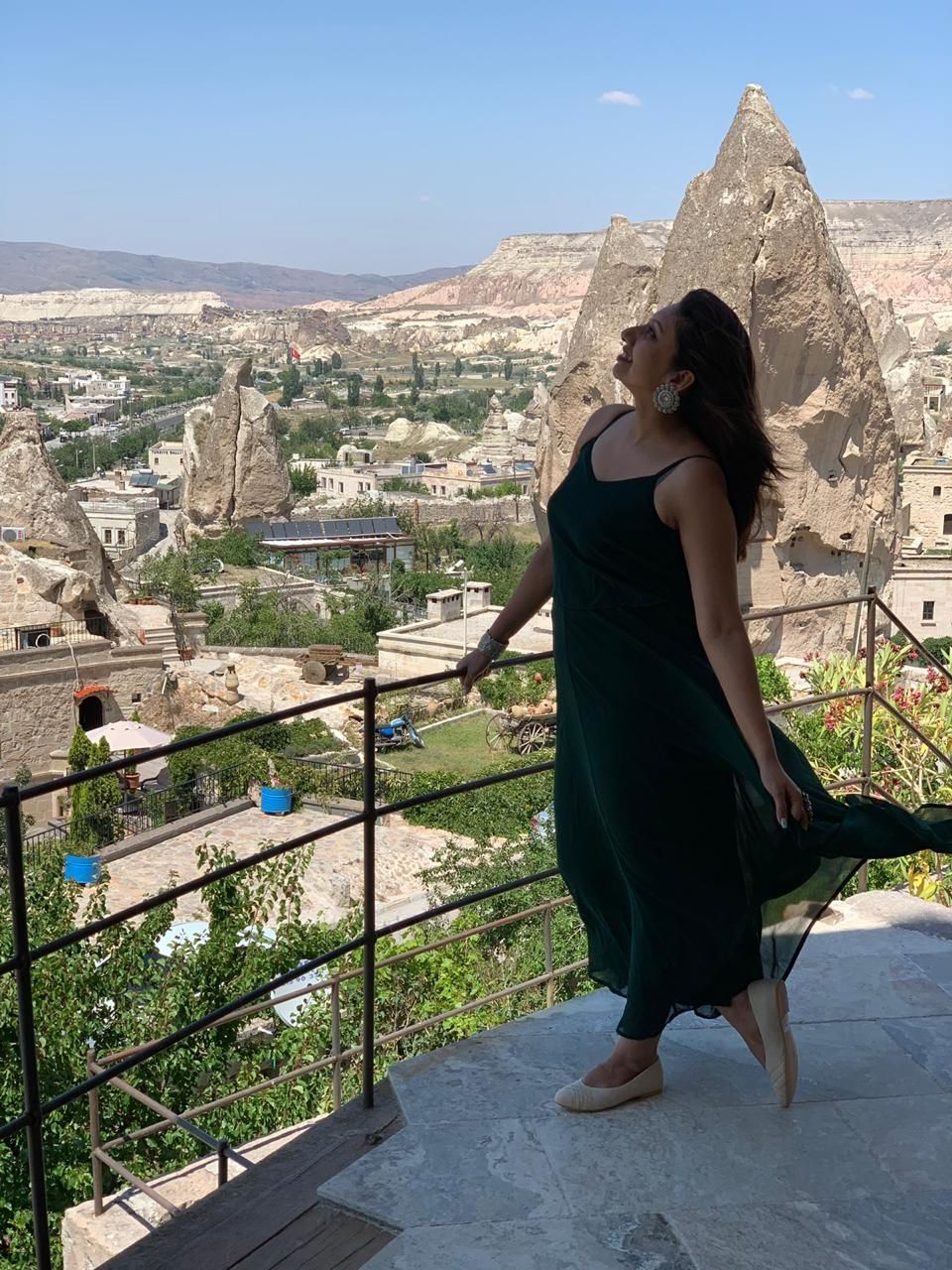 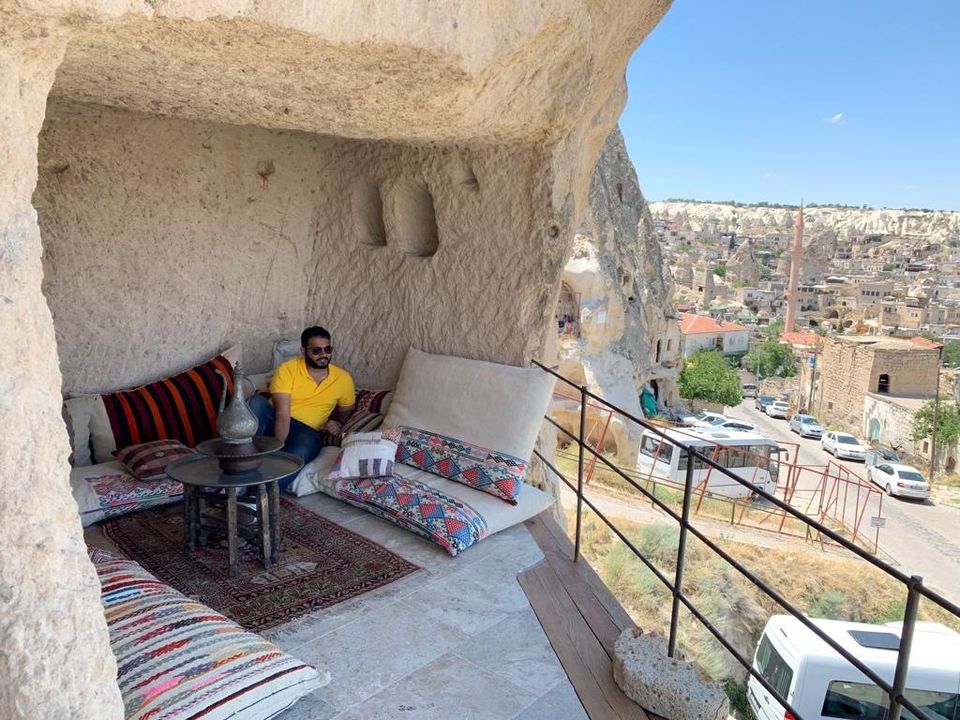 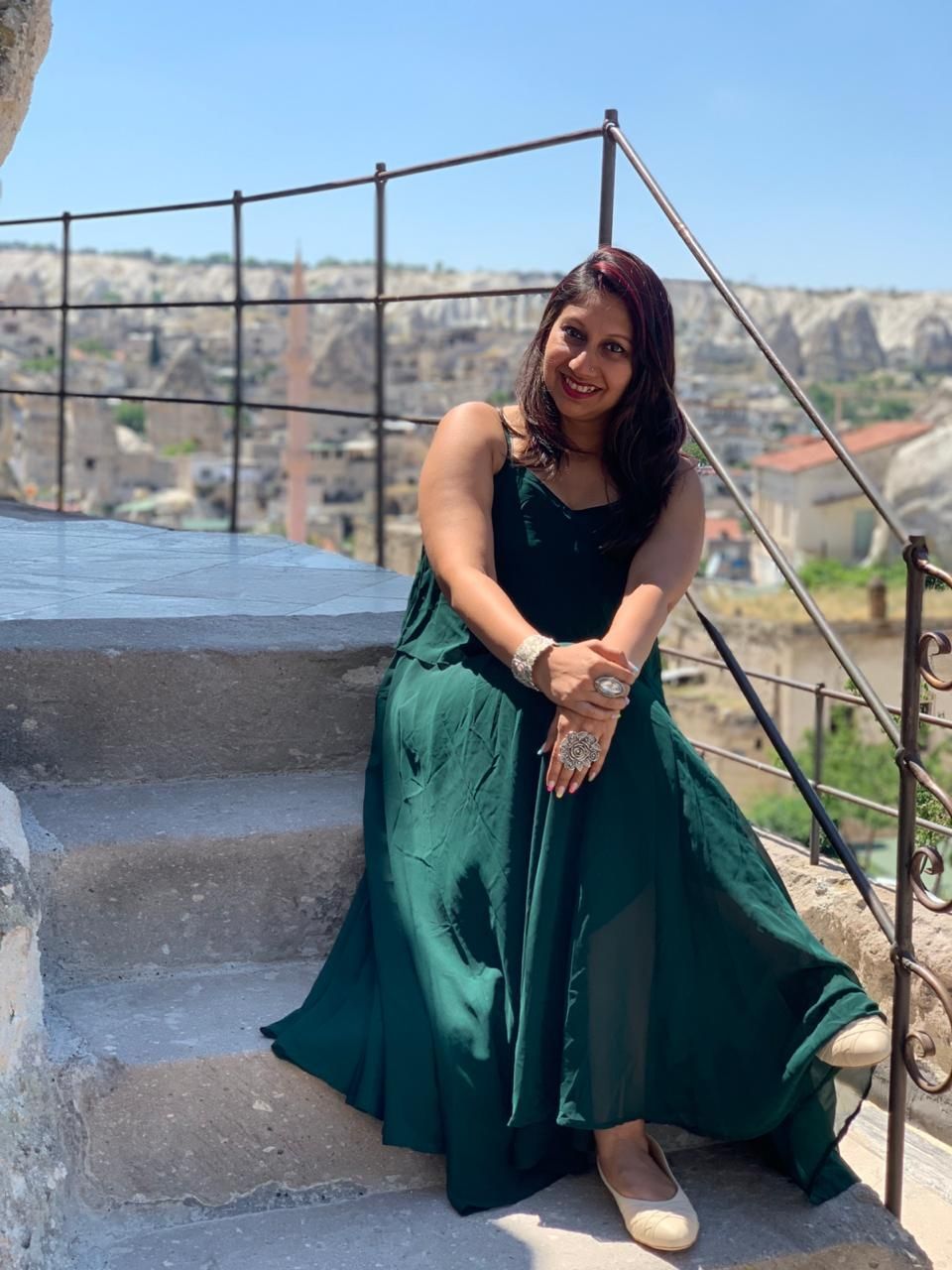 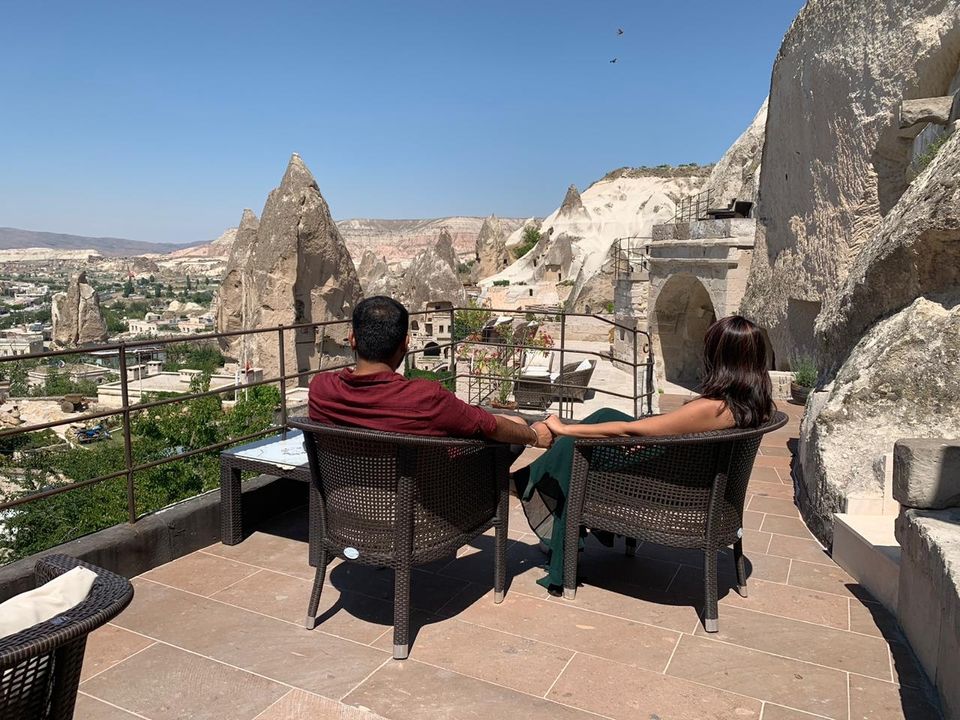 One thing which Cappadocia is really really famous for is the Hot air balloon rides. So this place is not the only one in the world offering mind blowing balloon rides but trust me when i say it that this is definitely the best and a once in a lifetime experience. There is a limitation of around a 100 to 150 balloons to be up at the same time and it happens early in the morning before sunrise when the weather is at the best for a flight. We decided to go with Royal Balloons after due research and reading the reviews. They are absolutely amazing, from the pickup to the breakfast to the actual balloon ride with one of the best pilot, it was just flawless. The view of the cappadocia valleys and the fairy chimneys and the landscape is just a sight to behold. Its been quite some time that we returned from Turkey, and a few memories have faded over time, but this view from the balloon is there to stay. The take off, the flight, the awesome landing on the balloons trailer and the post flight ceremony with the medals and champagne make the entire experience of the balloon ride complete. 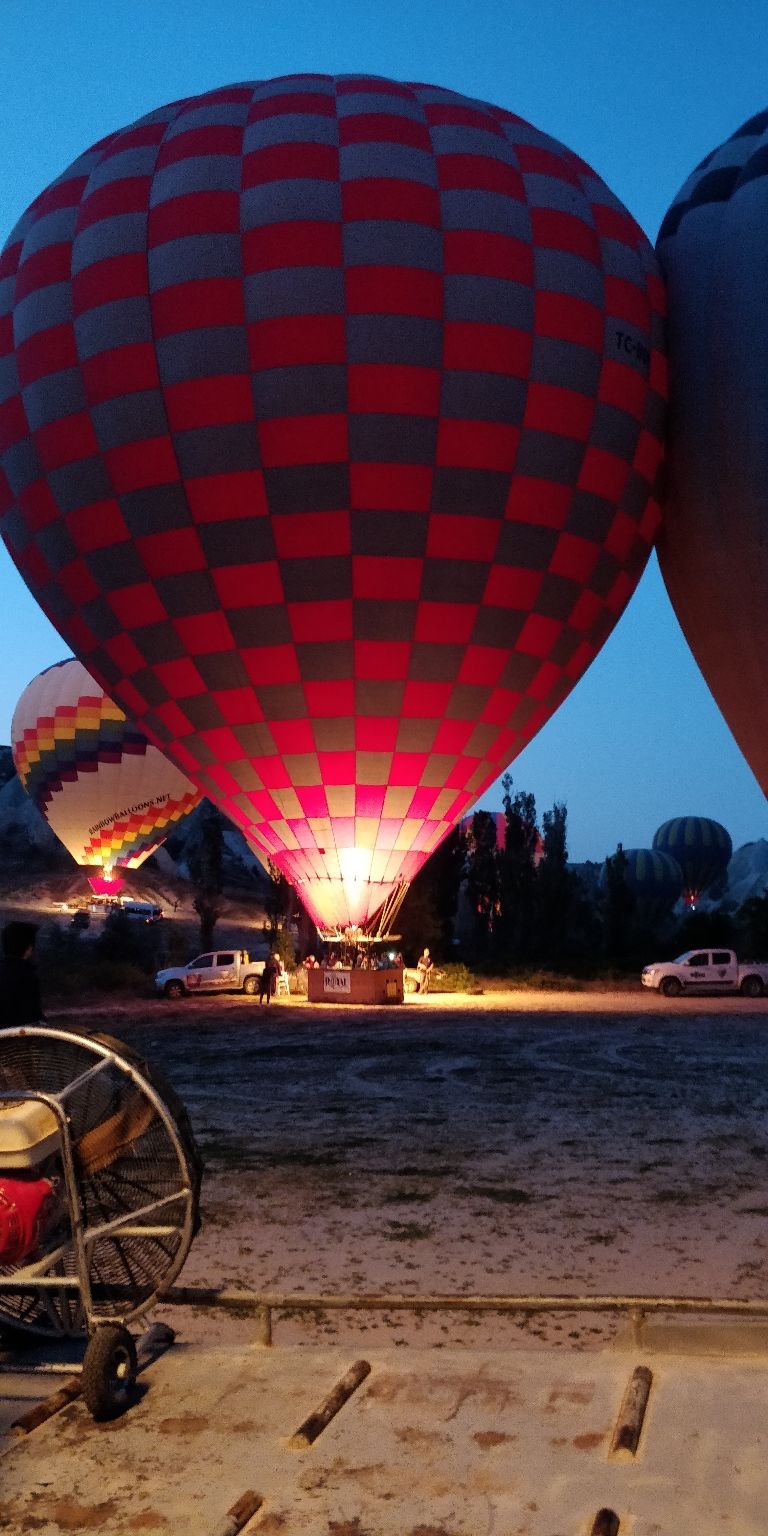 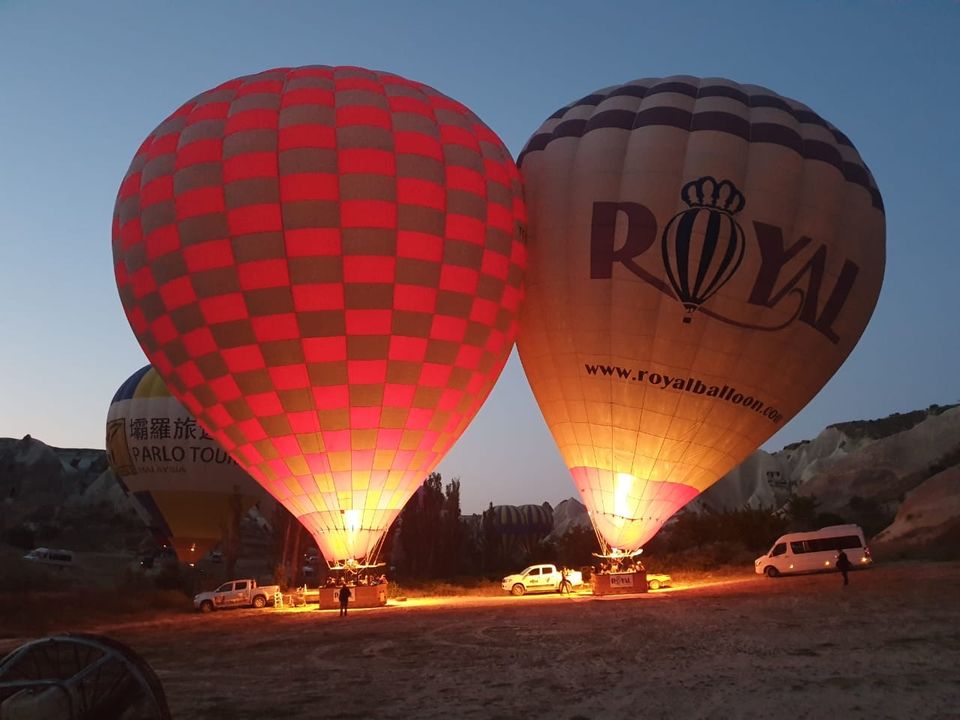 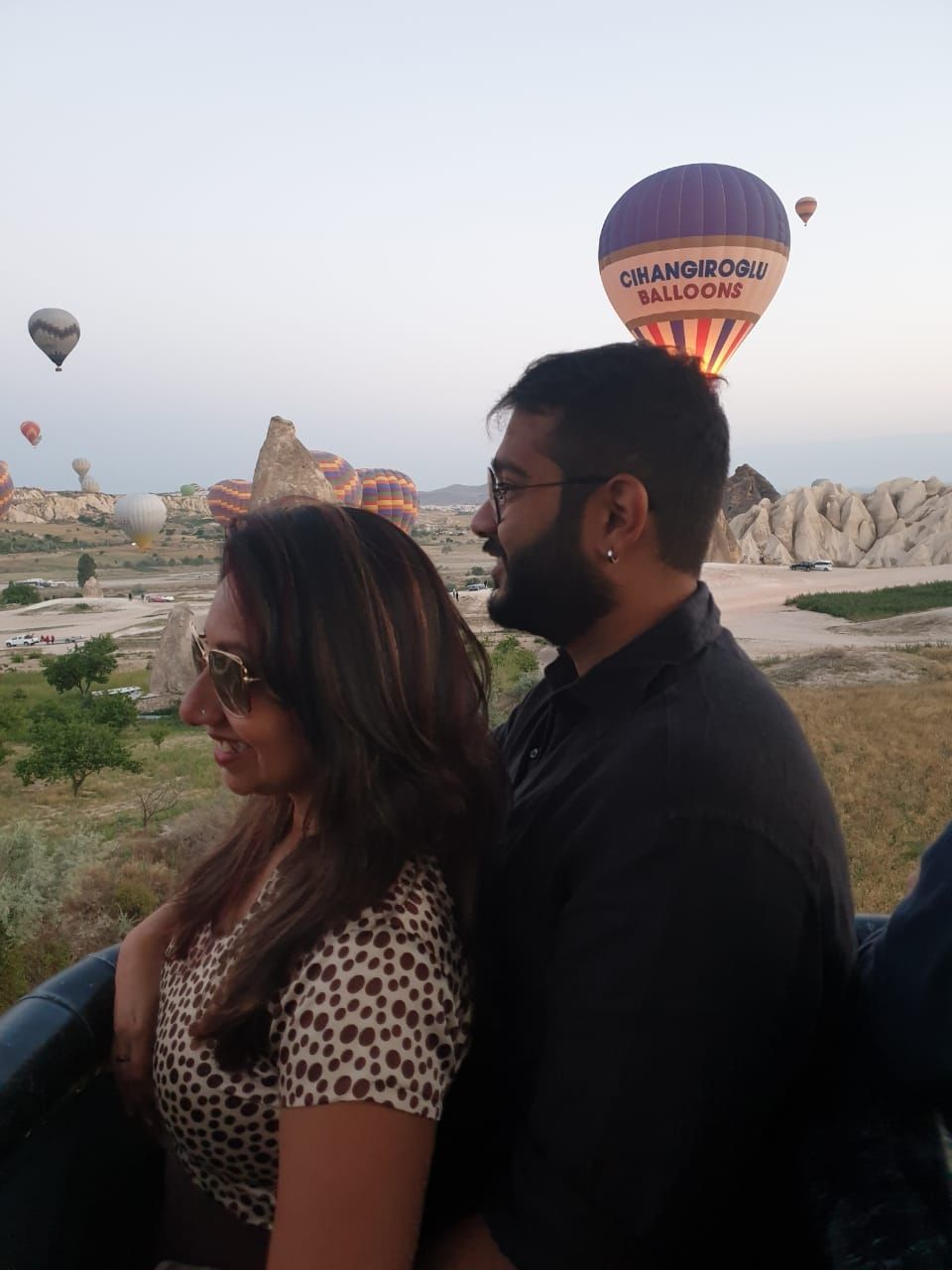 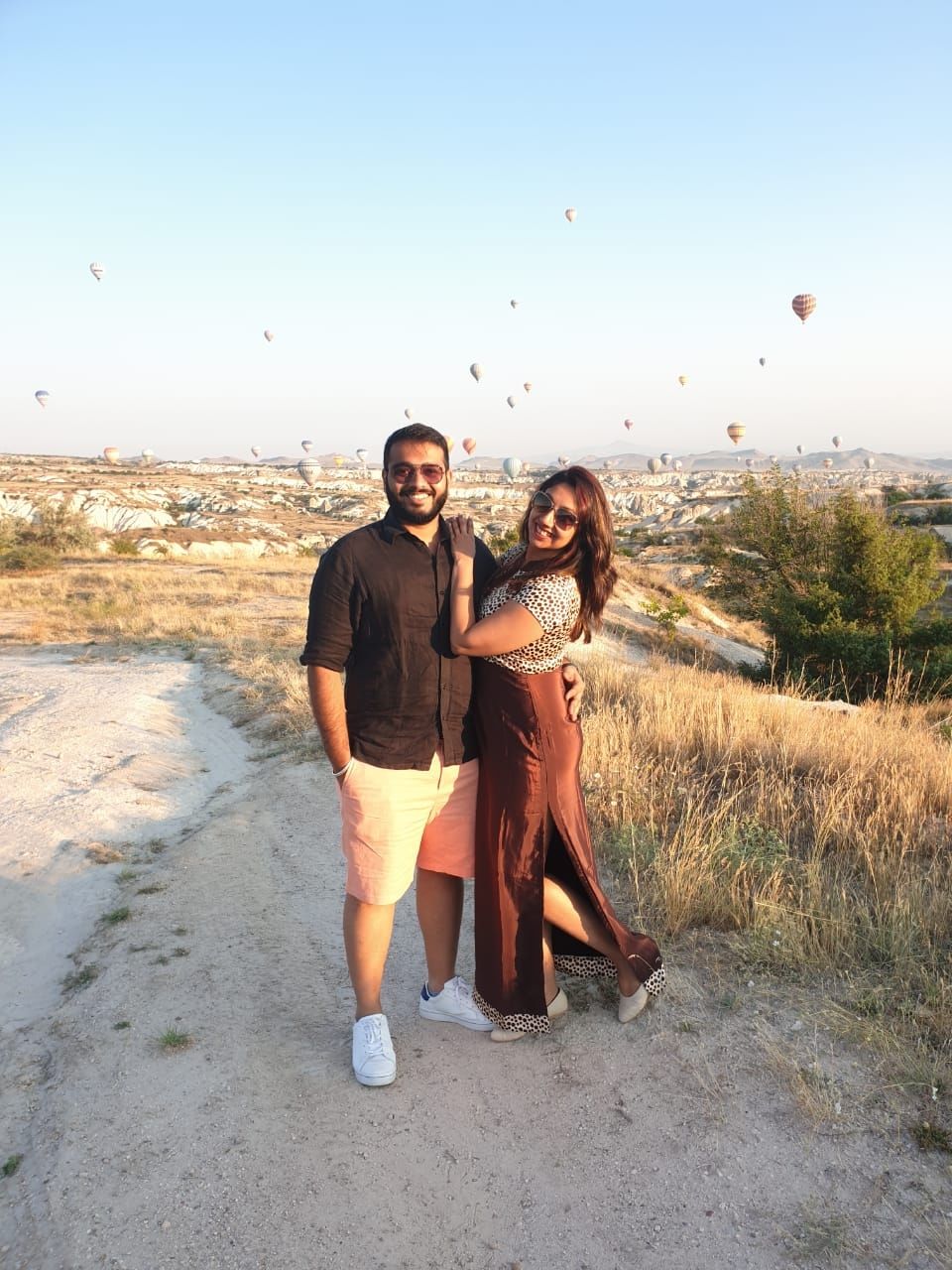 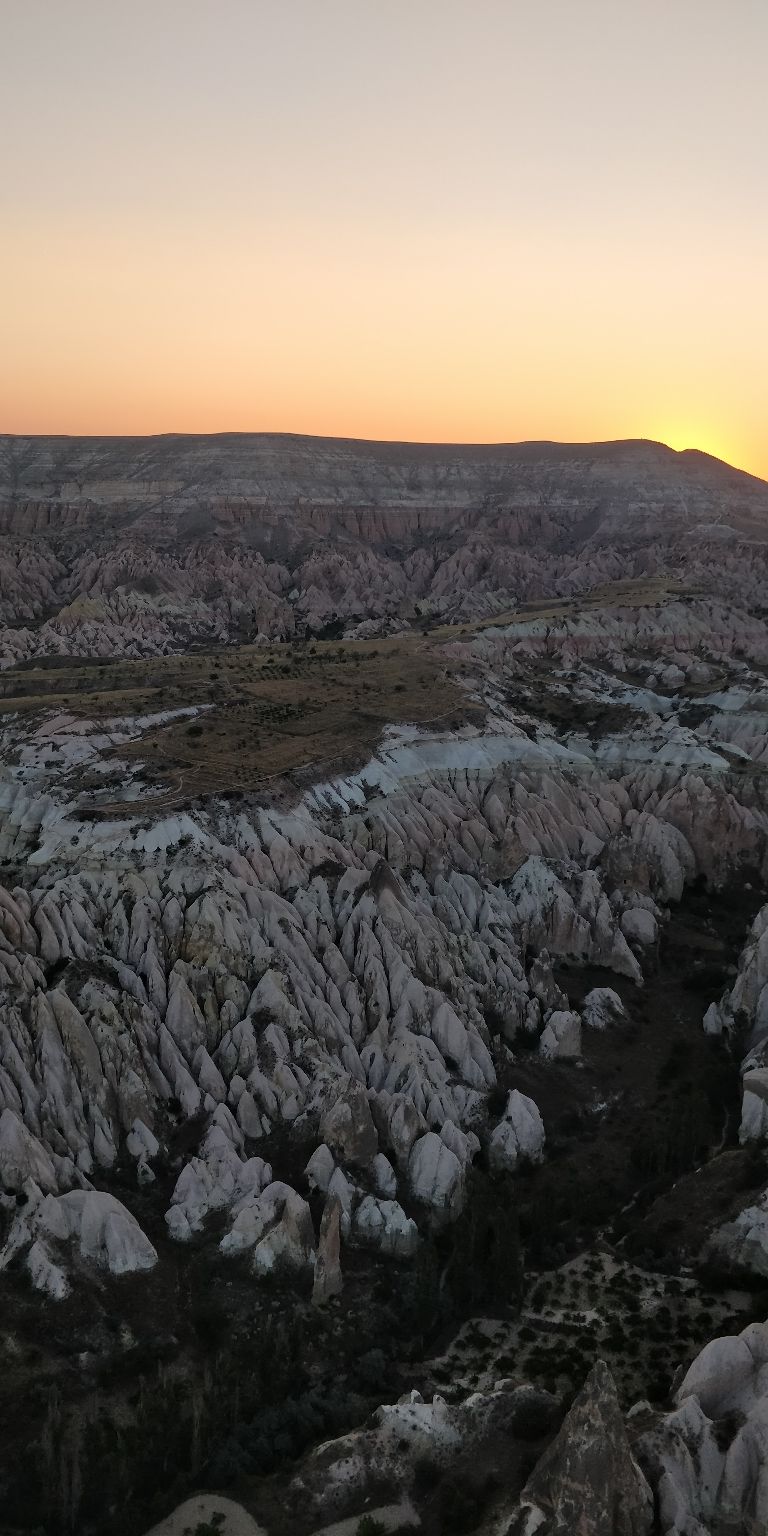 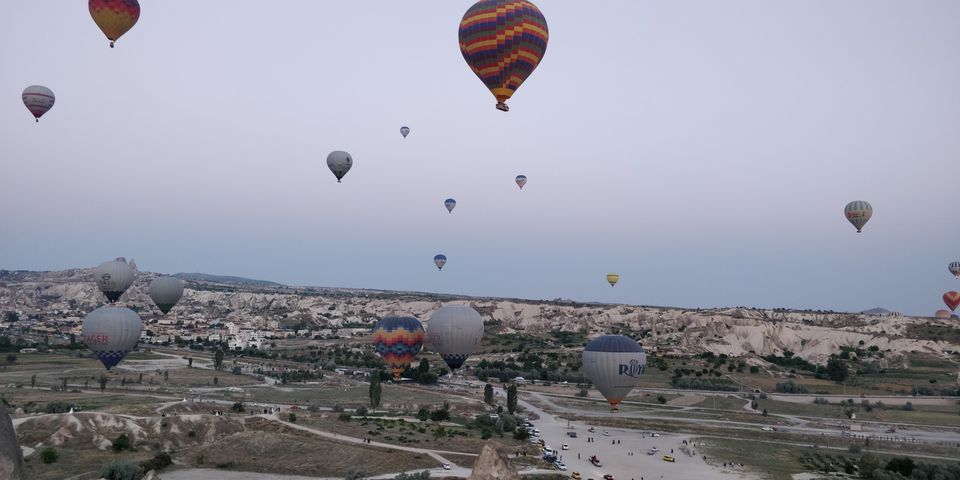 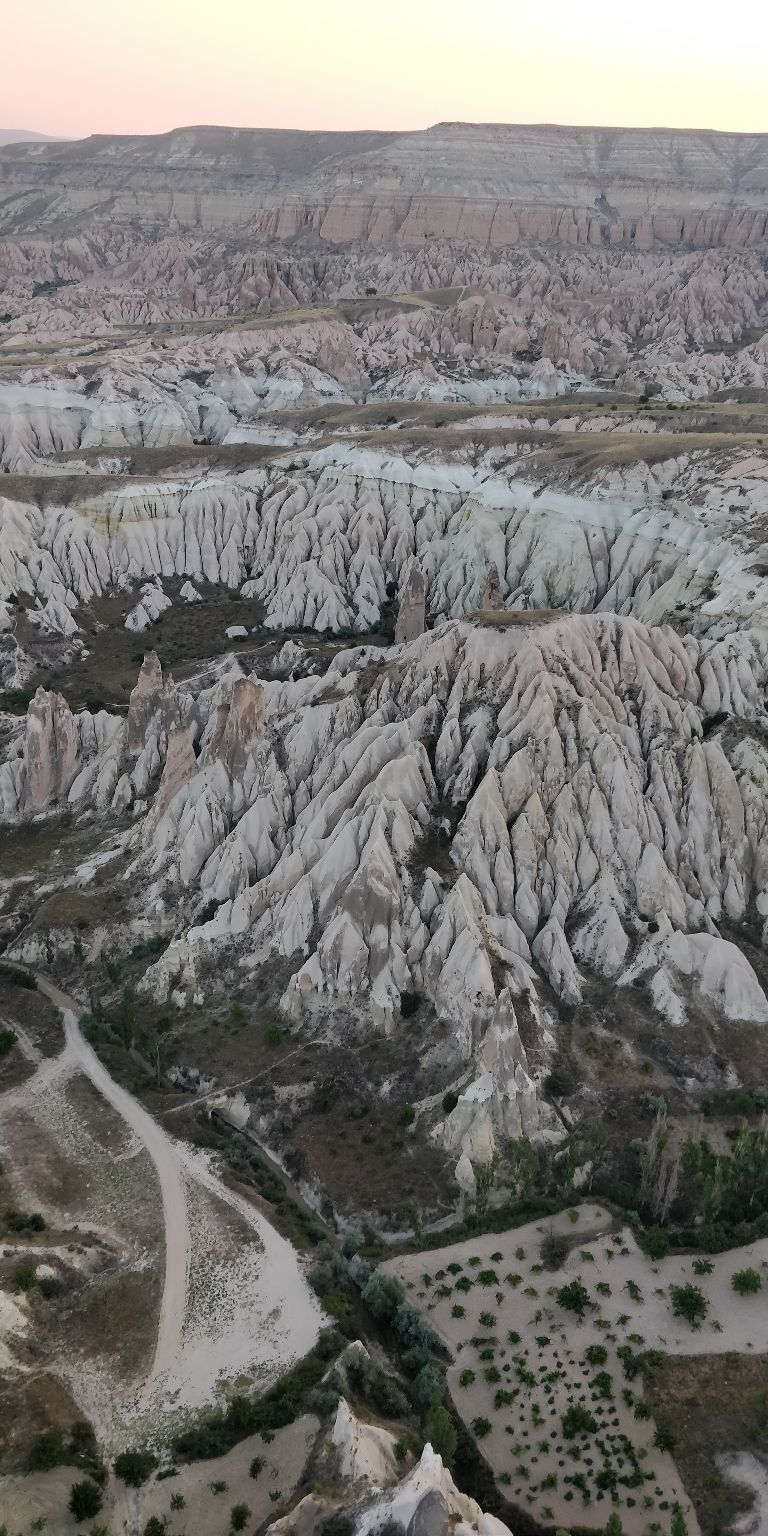 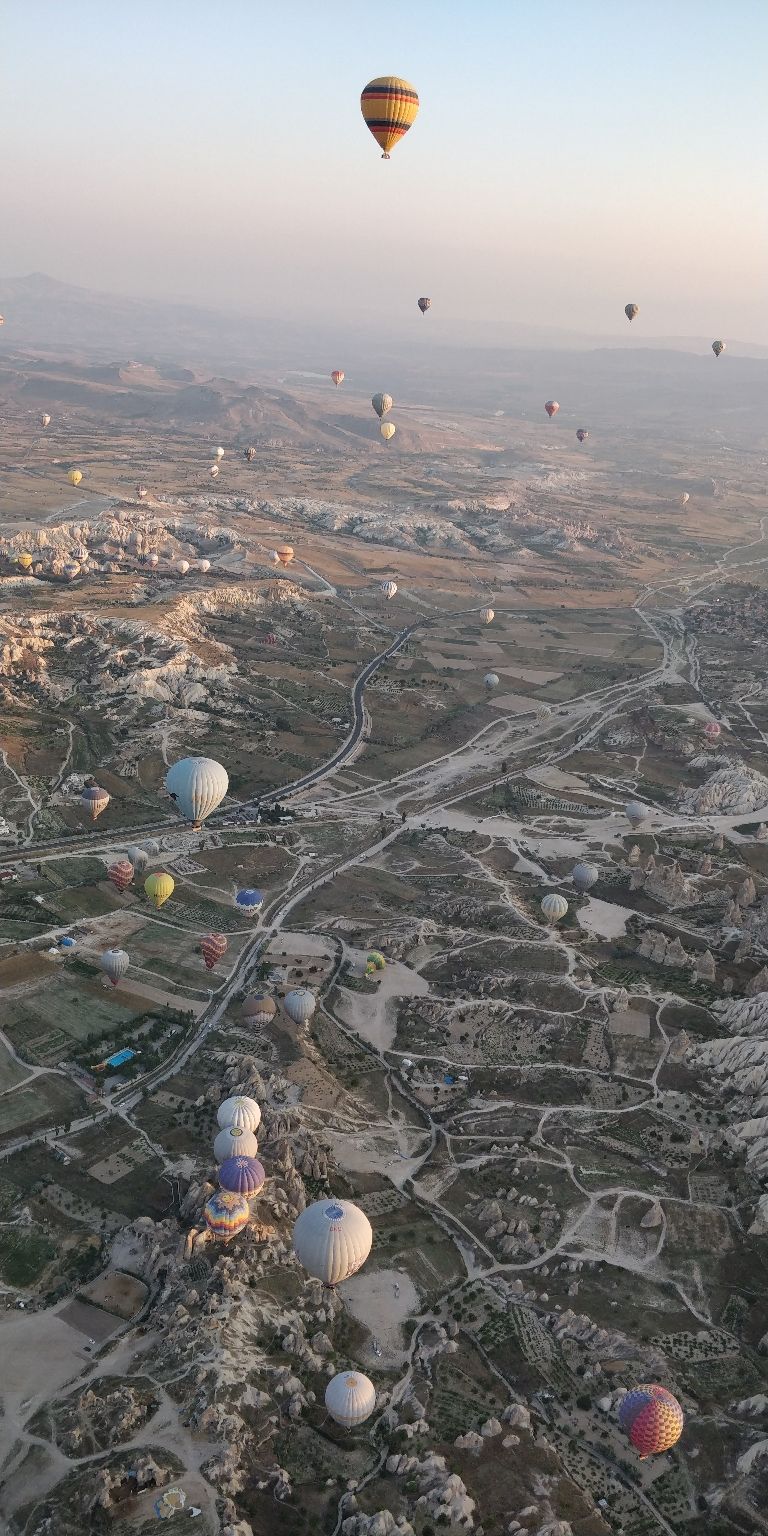 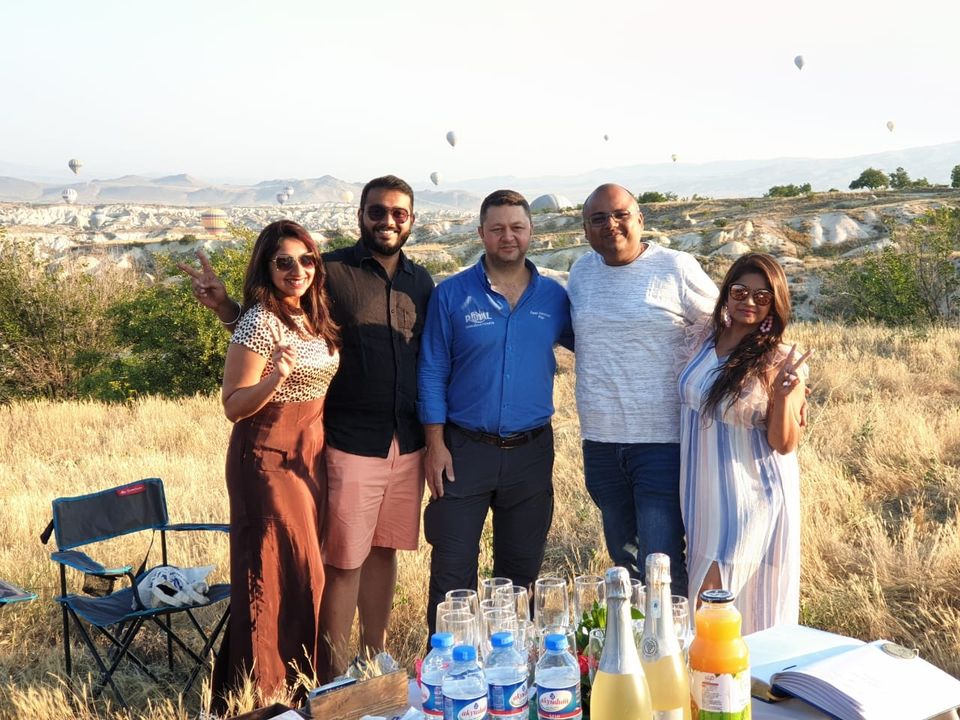 There are various sites to explore and experience in Cappadocia but the best way to do that in my view is to go for the ATV TOUR in the evening. This tour takes you to a number of valleys in the region including the sword valley, the Cauvasin village, the Urgüp castle, the rose valley amd finally for the sunset in the Love valley. The excitement is there throughout the trip as you are offroading on your own personal ATV's and along with that you get to see the different valleys in Cappadocia region and get a few clicks on the way. This is one ride that should not be missed when visiting the region. 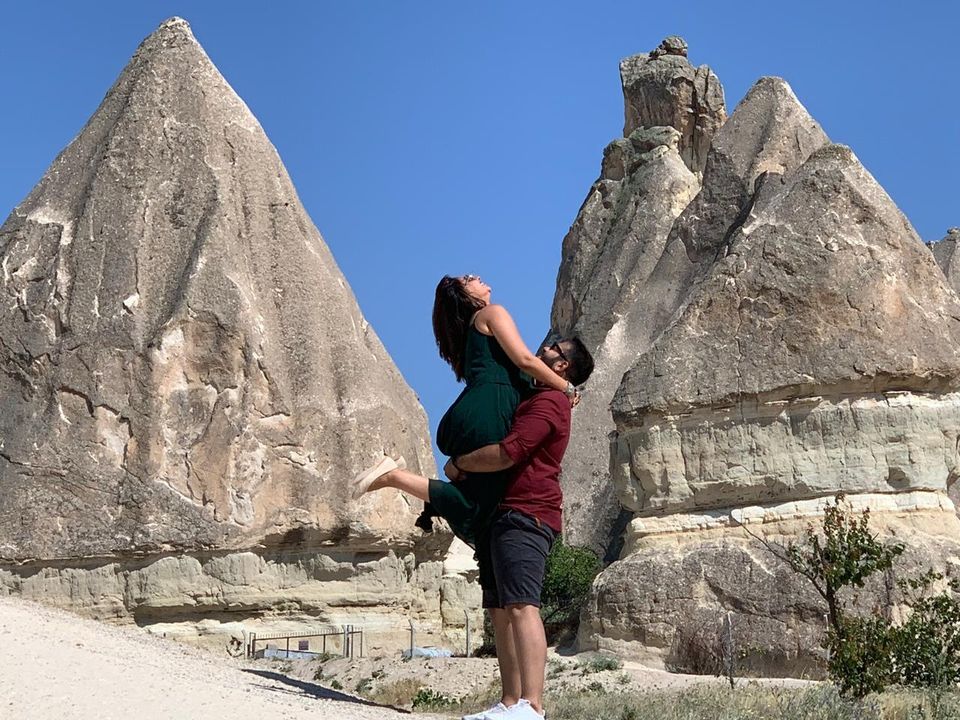 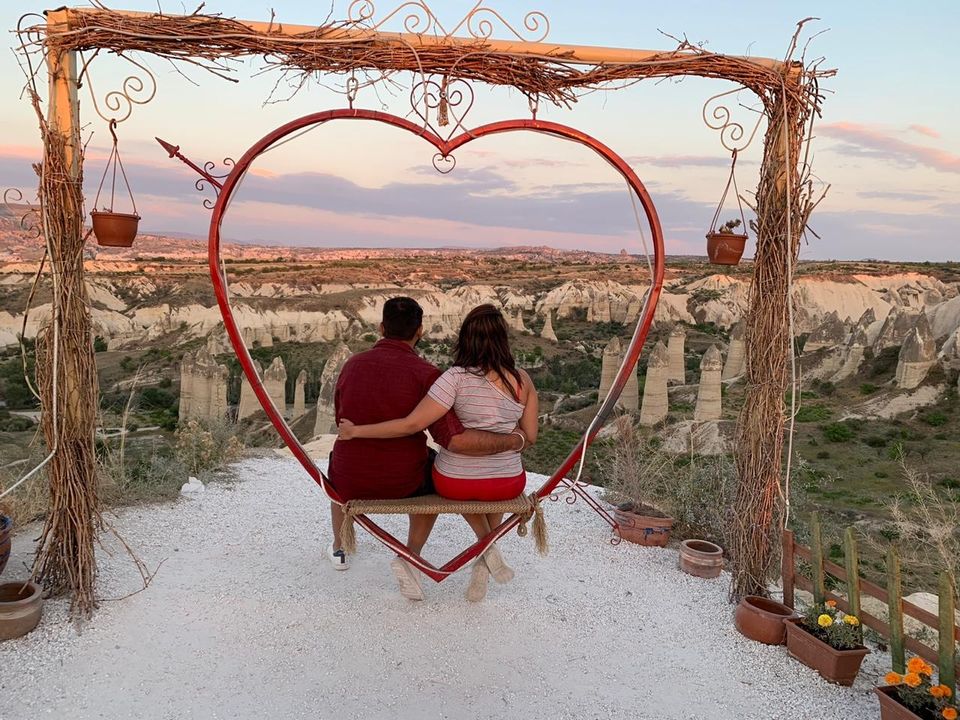 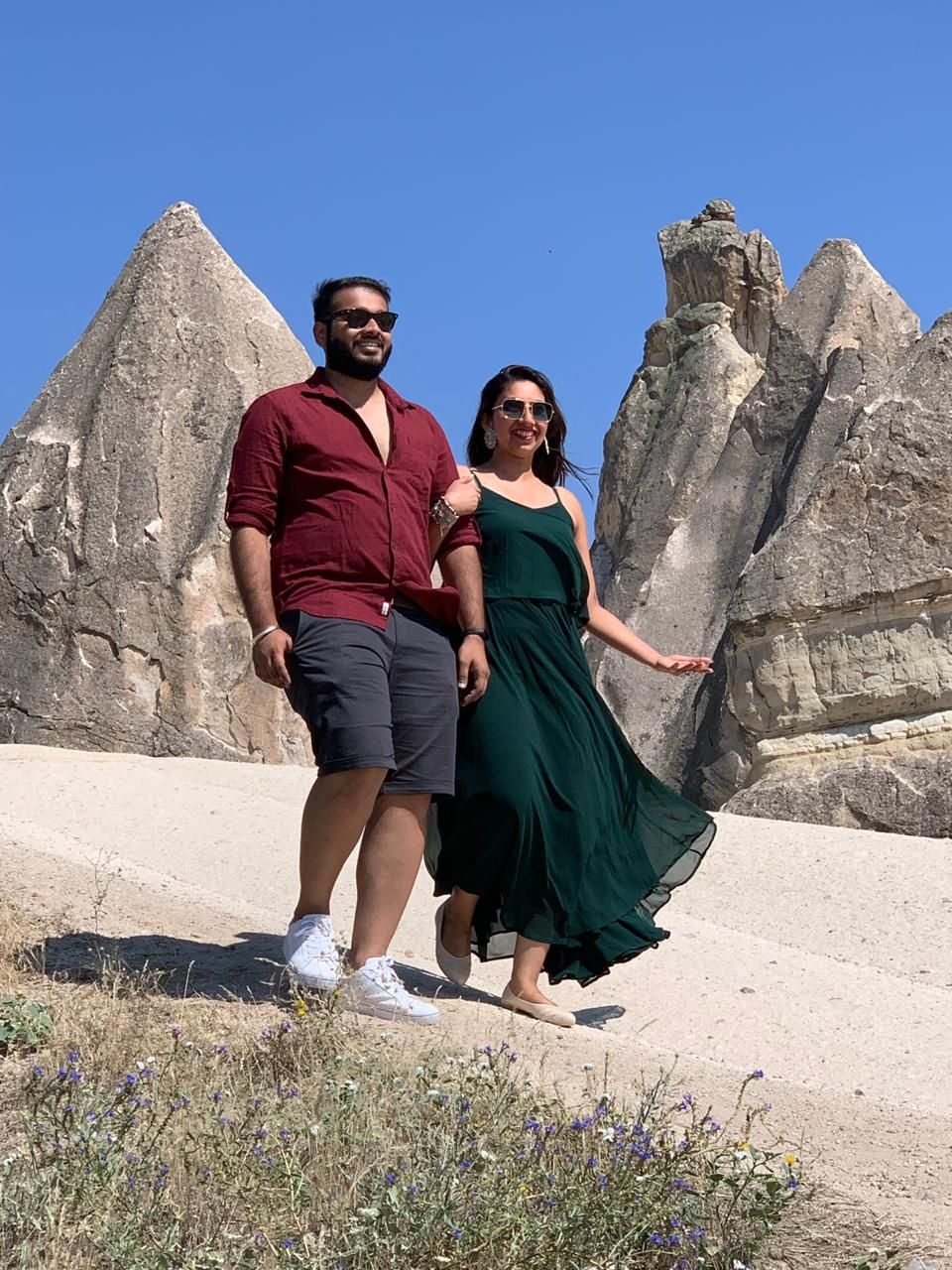 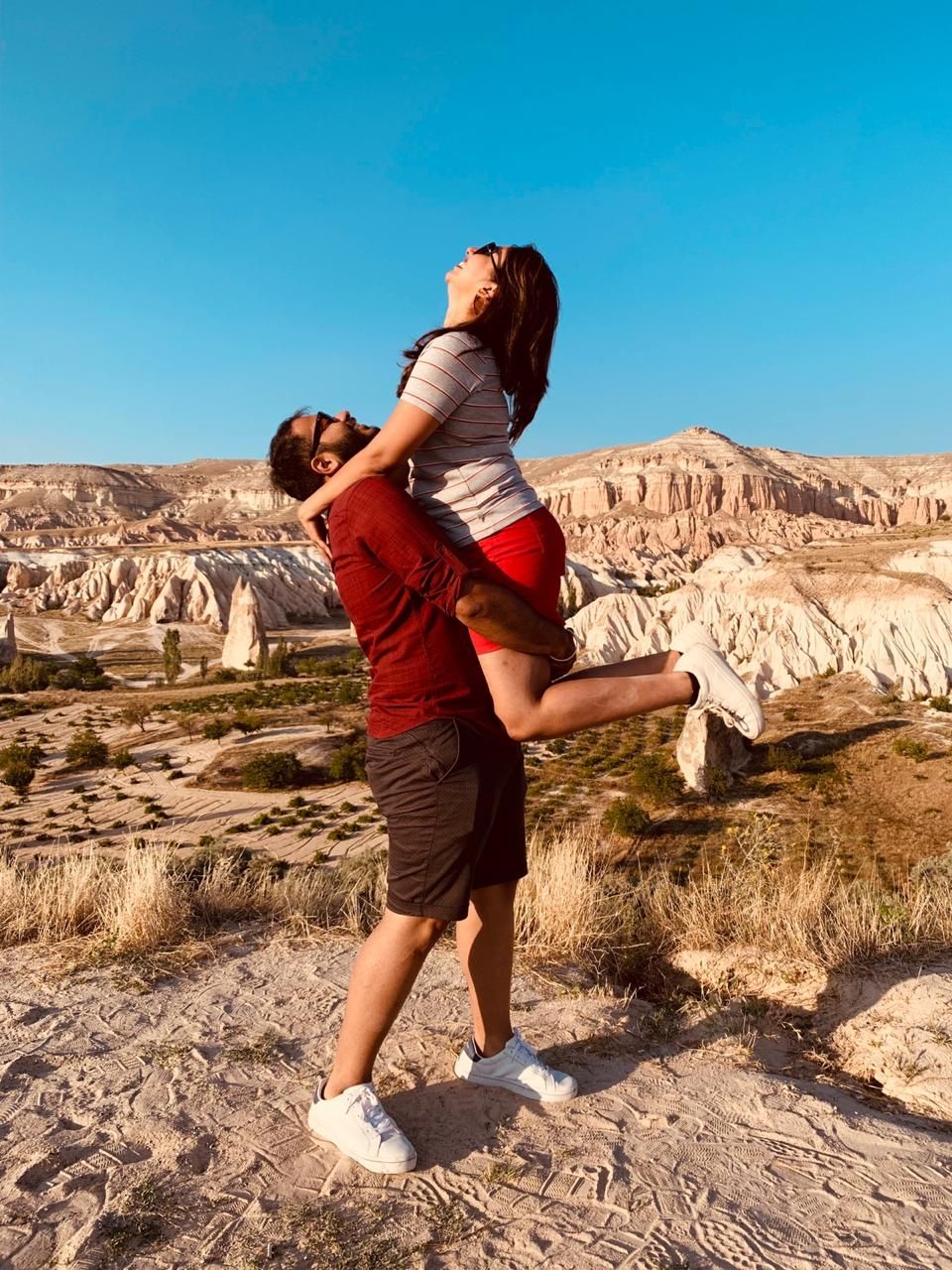 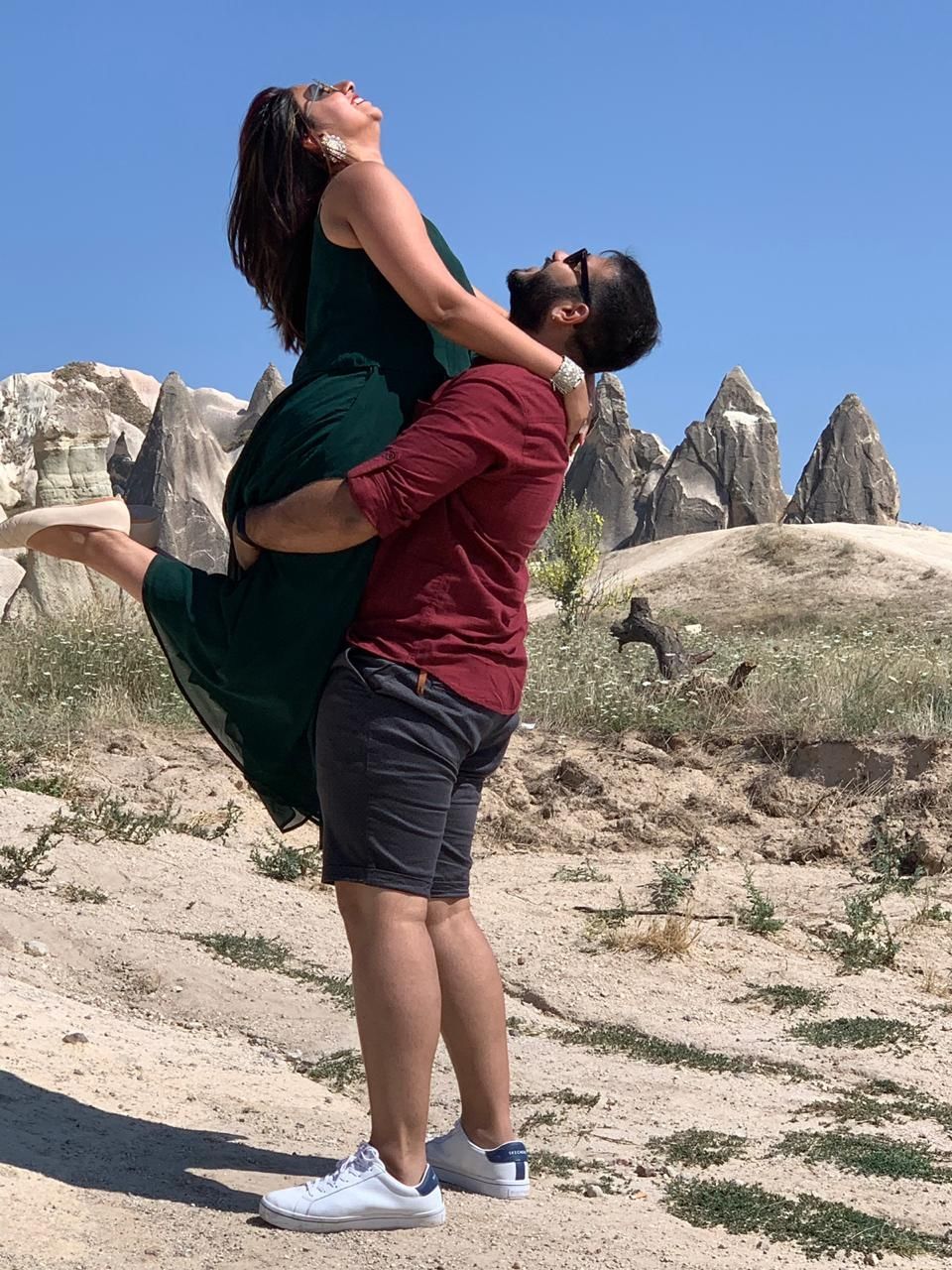 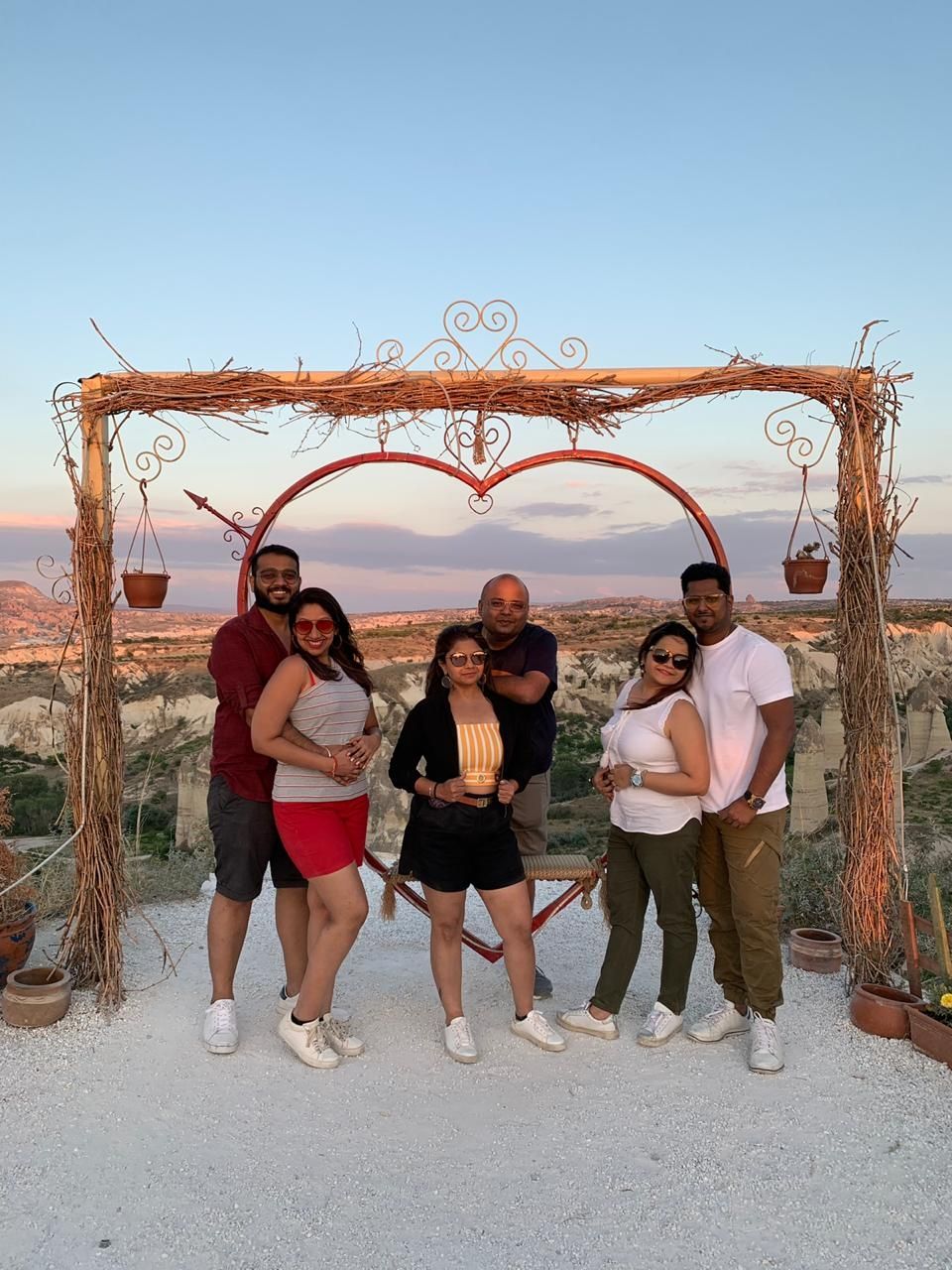 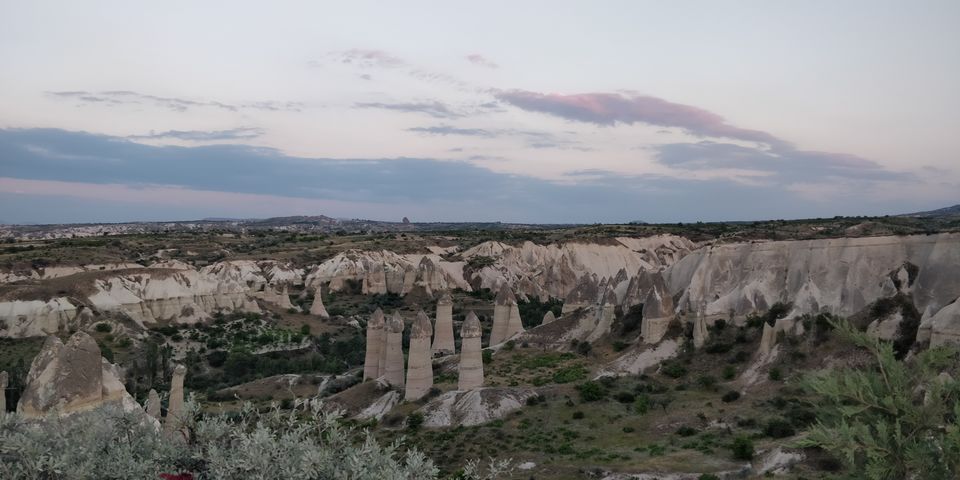 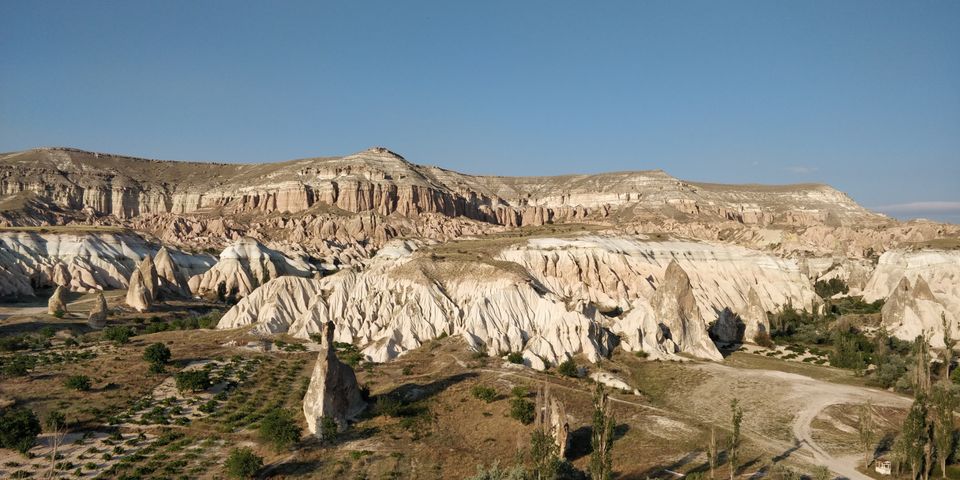 Last but not the least, this region is also known for some spectacular cuisine as well as some of the best sheesha around Turkey. Being vegetarians visiting from India also it was really simple to find really appetising food around a few places, the special thing being that people over here are so warm that they go out of the way to learn your requirements and make the food to suit your requirements and your palate. One such place which shouldnt be given a miss is Coffedocia. This place has amazing food as well as sheeshas and it will well give you a pleasant evening after the ATV ride.

P.s. try visiting the region during the full moon, the reason being that the view of the valleys from the seating outside your room is surreal and will blow your breath away. Sitting outside your room with your partner and a glass of wine drinking in the view will give you a better high than the wine itself.

I have read and seen pictures and blogs of Cappadocia and the balloon rides during winters when the area is fully covered with snow and i really would want to visit during the winters to see a completely different side of this amazing region.