At the Marina Grande harbour in Capri 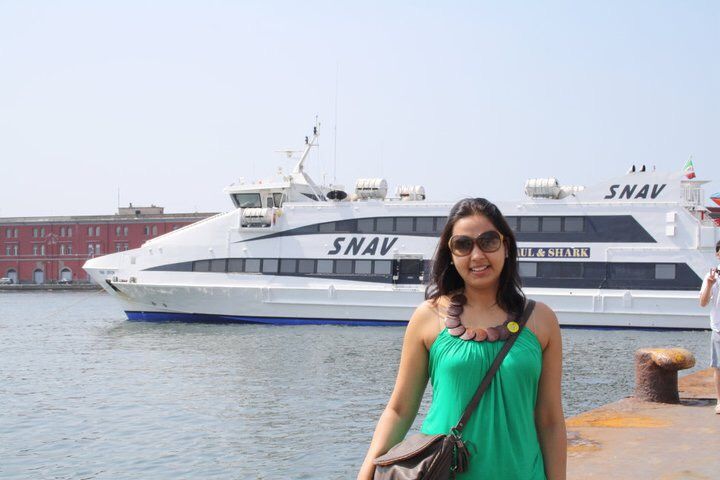 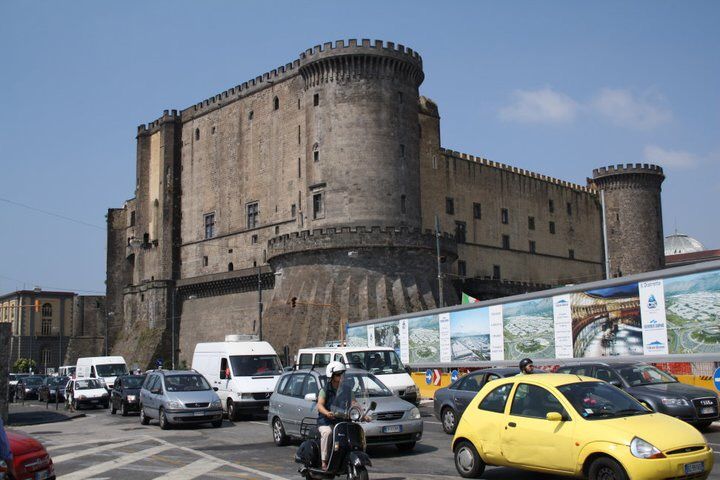 A swarm of rowboats waiting to see 'Blue Grotto' 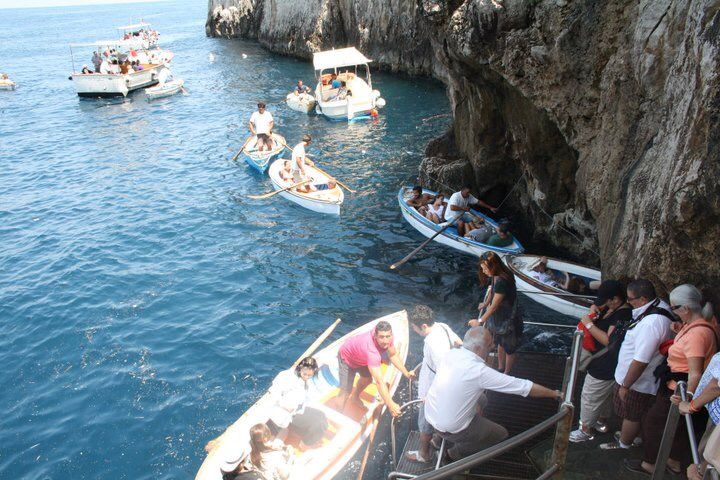 Long queue ahead of me for the 'Blue Grotto; 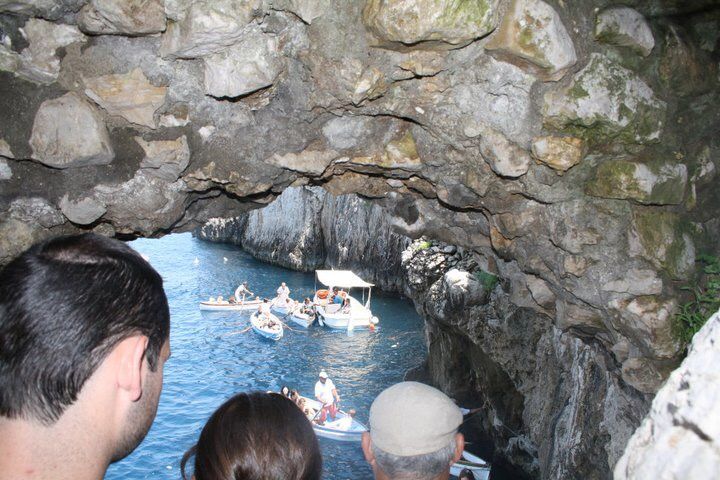 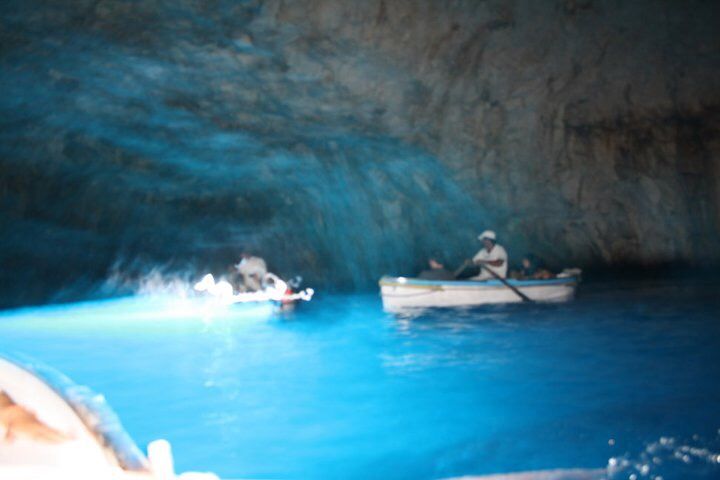 Anacapri - view of Bay of Naples atop the cliffs 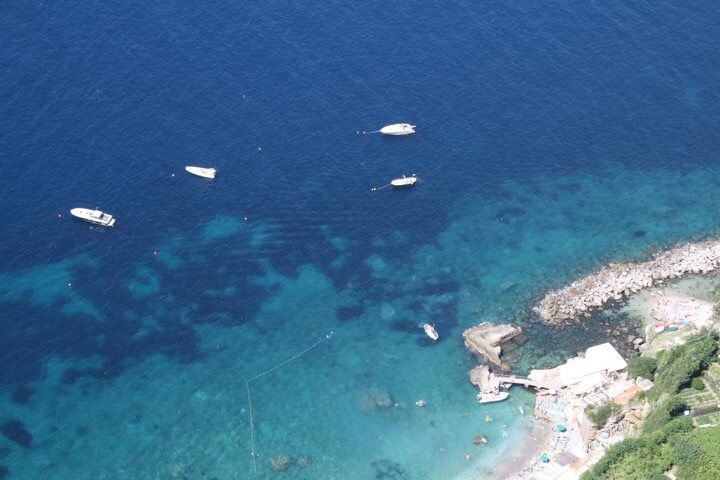 The chairlift leading from Anacapri to Mt. Solaro 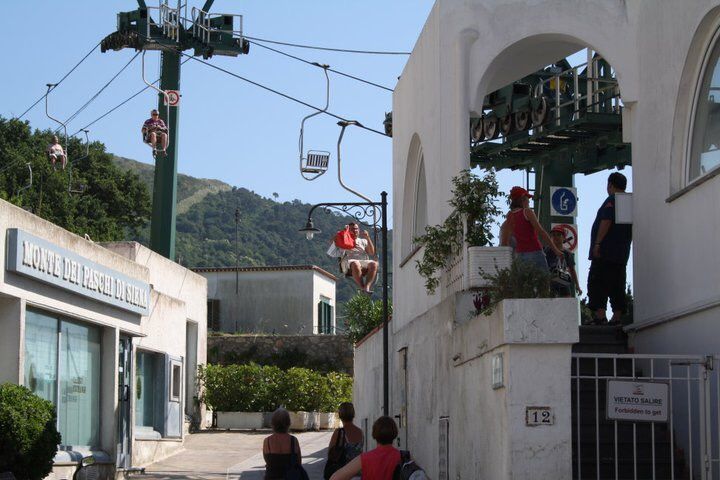 Roaming in the quaint alleys of Anacapri 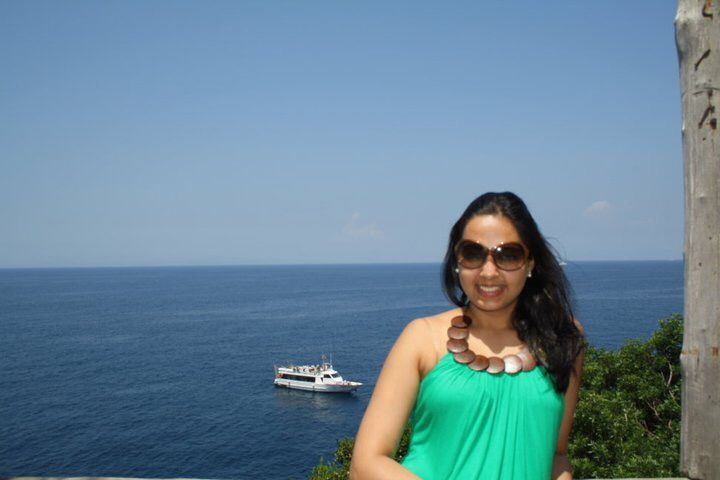 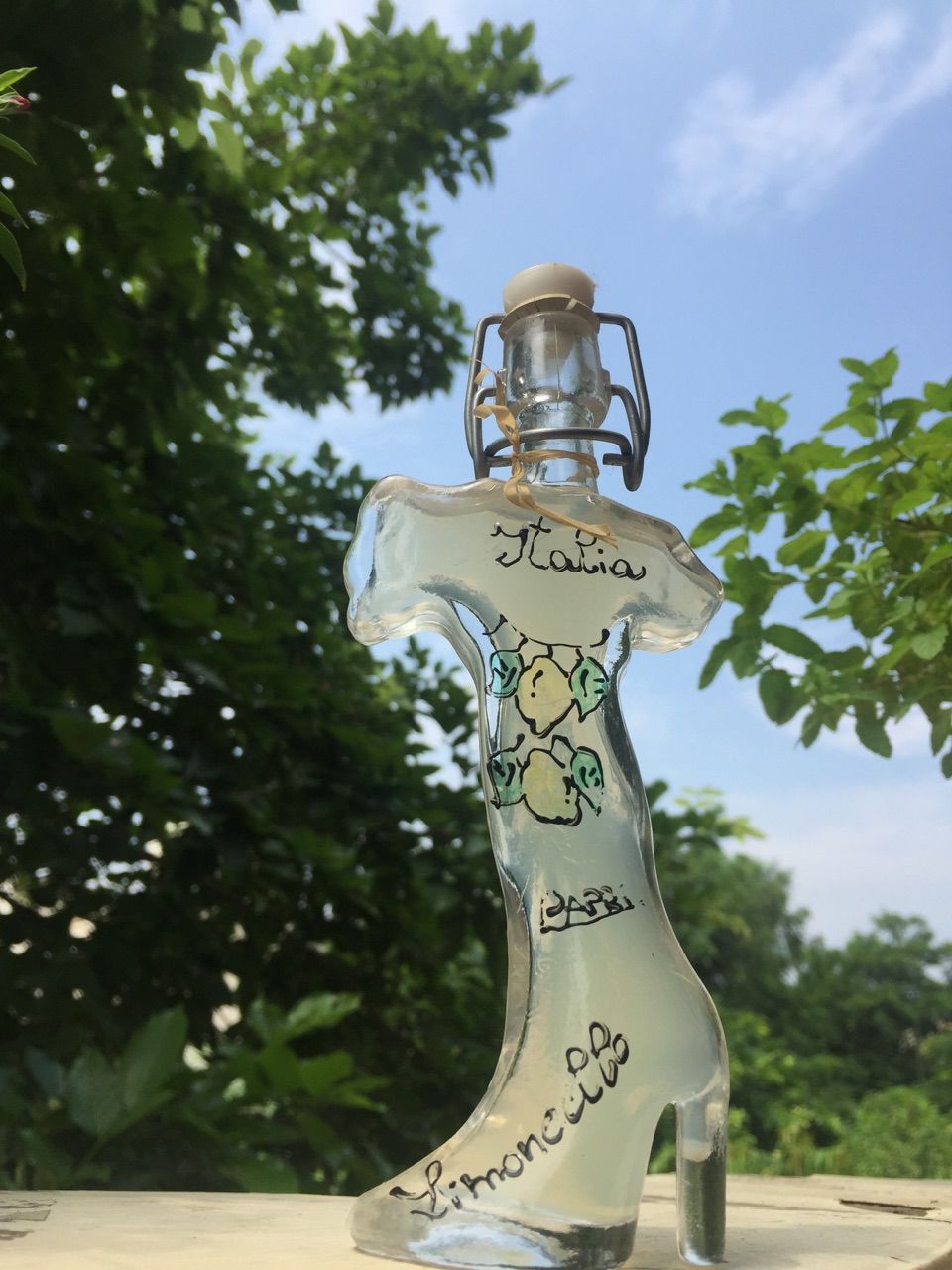 I boarded a coach from ‘Roma’ Termini Station (‘Roma’ stands for Rome in Latin) to travel south to Naples. Naples, situated at a drive of three hours from Rome is based in southern Italy and is credited as the home of pizza, cooked traditionally in a wood fire oven. It is the nearest port to the Isle of Capri (a small Mediterranean island located in the Tyrrhenian Sea) were I was headed. Capri (or ‘KAH-pree’ as the Italians pronounce it) is situated 5 km from the mainland in the Bay of Naples and used to be the famous coastal resort of the Roman emperors. The drive was wonderful, as I gazed through the windows at the pretty landscape of ‘Castelli Romani’, an area well-known for its wine.

I reached the port and boarded a ferry for a 45-minute crossing to Capri’s Marina Grande harbour. Capri is composed of two municipalities: Capri Town and Anacapri. I headed to Capri Town, nestled on a cliff and famous for its intriguing ‘Blue Grotto.’ The deep sea is full of harsh jagged cave formations with small openings through which daylight penetrates and reflects on the limestone walls to create a magical effect. The most famous of these formations is called ‘Blue Grotto’ which is open to public only on days when the sea is calm.

Standing in the long queue to the mystical ‘Blue Grotto’ under the bright and warm sun, I could only get a faint glimpse of what lay ahead - a string of rowboats swarming in the dazzling turquoise blue waters next to the huge rocky mountains. The visitors stared anxiously from their boats at the rocks while the agile guides manoeuvred the boat on the unsettling waters waiting for their turn to come. After a long wait of 45 minutes, I hopped onto a rowboat. From the quivering boat, I felt unbelievably close to the surface of the ebullient sea. As my boat wiggled through the low and narrow entrance of the giant cave, the guide instructed everyone on the boat to flex their spinal cords and bend really low to avoid hitting against the rocks. I shut my eyes in fear as we dived through the rocky entrance. Seconds later, when I opened my eyes, I was in a different world – pitch darkness obstructed with a faint glow that illuminated the turquoise blue sea water; water gushed beneath my hovering boat and the sounds of guides singing in chorus echoed against the cave walls. Perplexed with the darkness and the echoing sounds, I tried hard to let go!

After this scintillating and unique experience, it was time to head to the other municipality of Anacapri. I took a small local bus to visit this little village nestled on Mount Solaro to spend the rest of my day. Anacapri overlooked Capri Town and offered spectacular views of the sun-soaked Bay of Naples through steep cliffs. It was quieter and not as busy as Capri Town. After a hearty alfresco lunch, I treaded downhill to explore the quaint winding alleys and shop for the highly recommended ‘limoncello’ (an Italian lemon liquor produced in southern Italy and served chilled after meals as a digestive) and other souvenirs. There is also a chairlift that operates to the summit of Monte Solaro from where one can get 360-degree views of the sea, cliffs and the picturesque village. Obviously, I desisted from using the chairlift – somehow giving in to my acrophobia.

As the evening approached, I headed back to Capri for the ferry back to Naples. A relaxed day trip to this picturesque island gave me a much-desired indoor to the alluring Mediterranean climate and air, though my heart kept courting more – perhaps a three day stay next time.