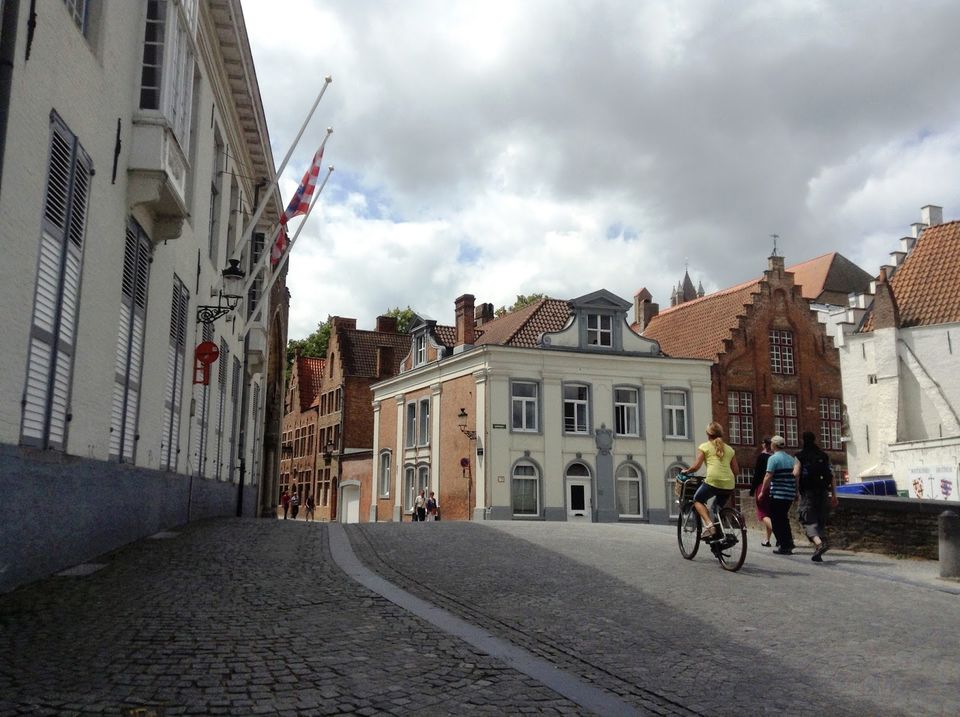 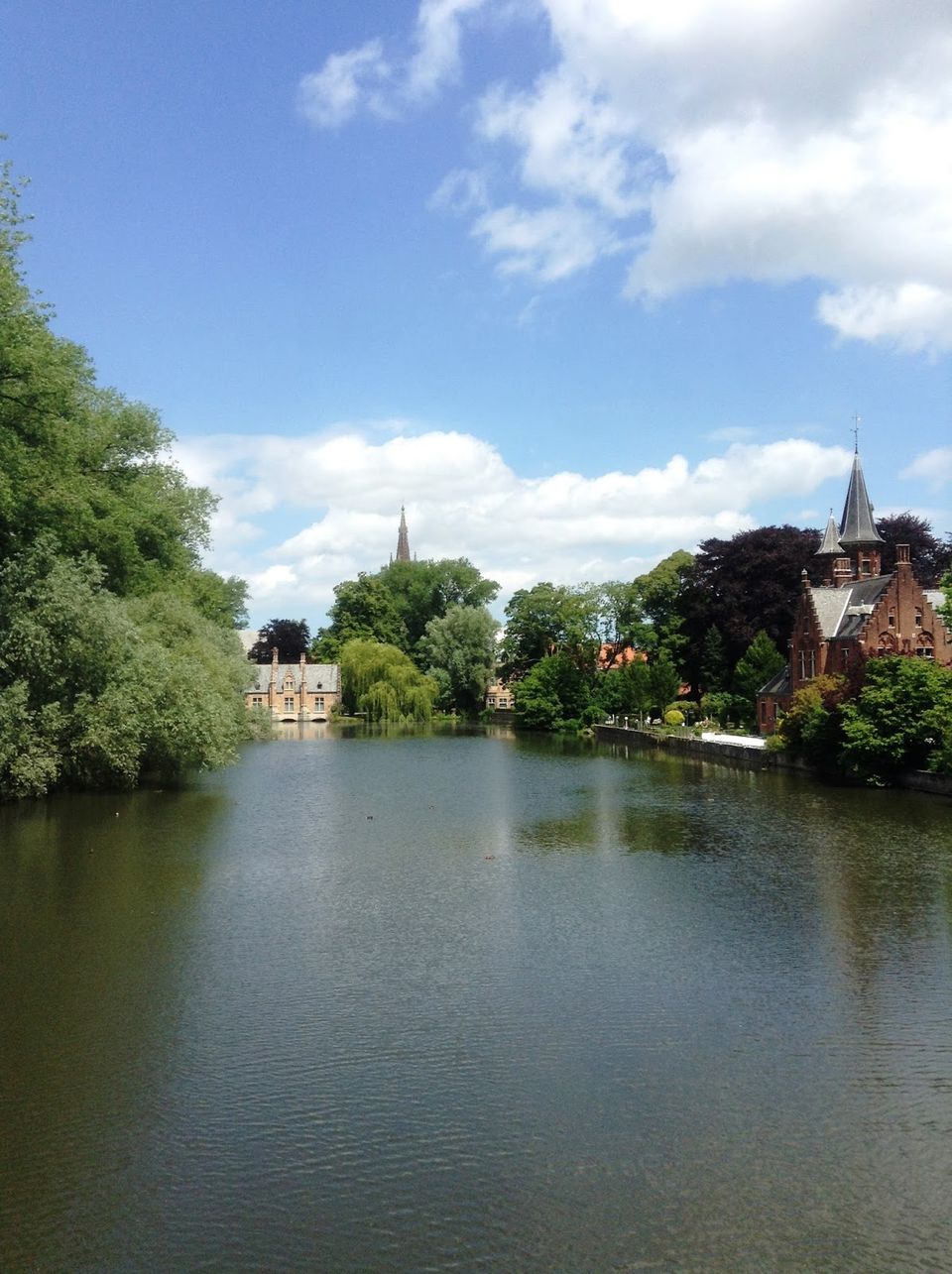 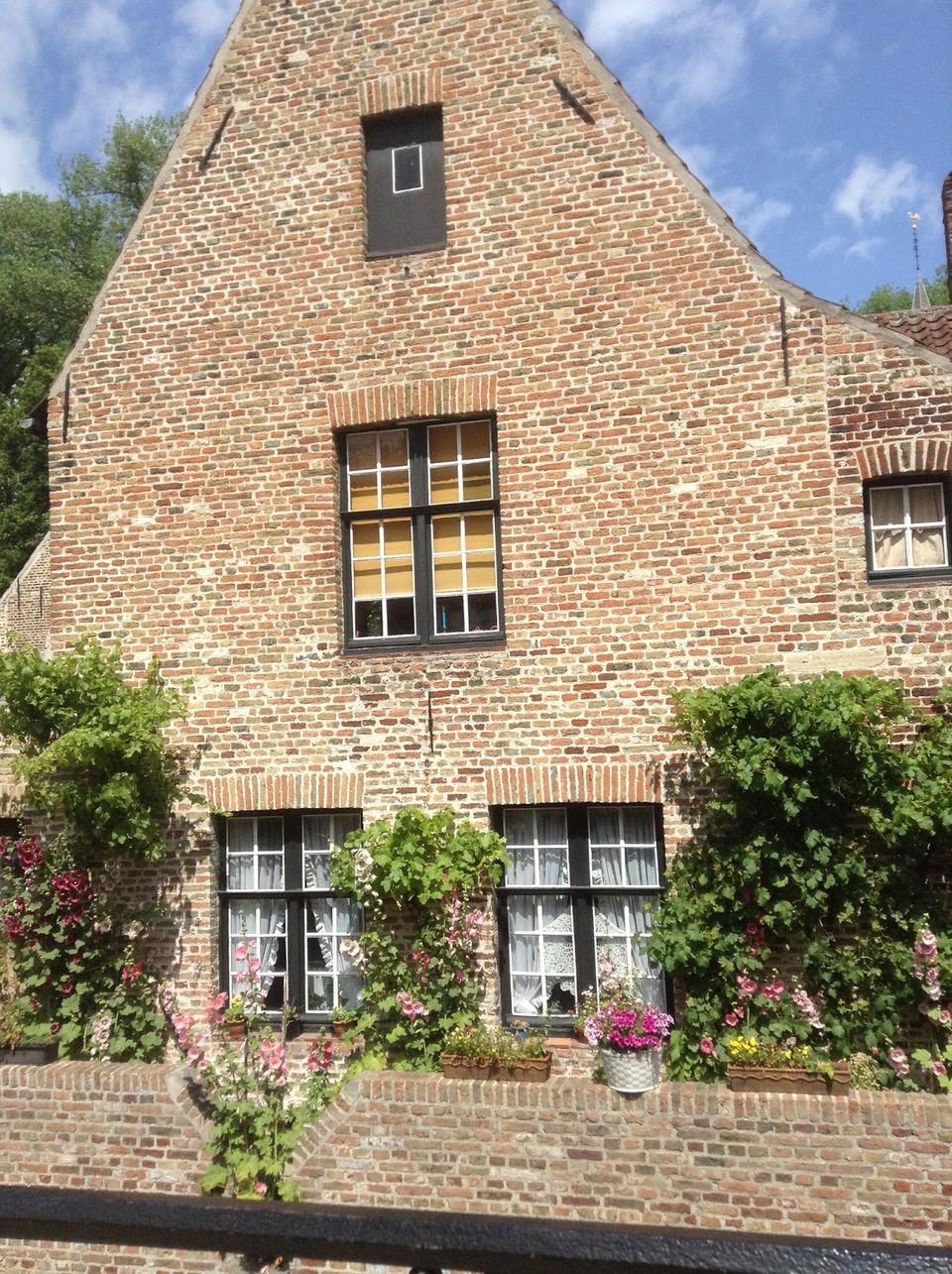 Houses along the canal 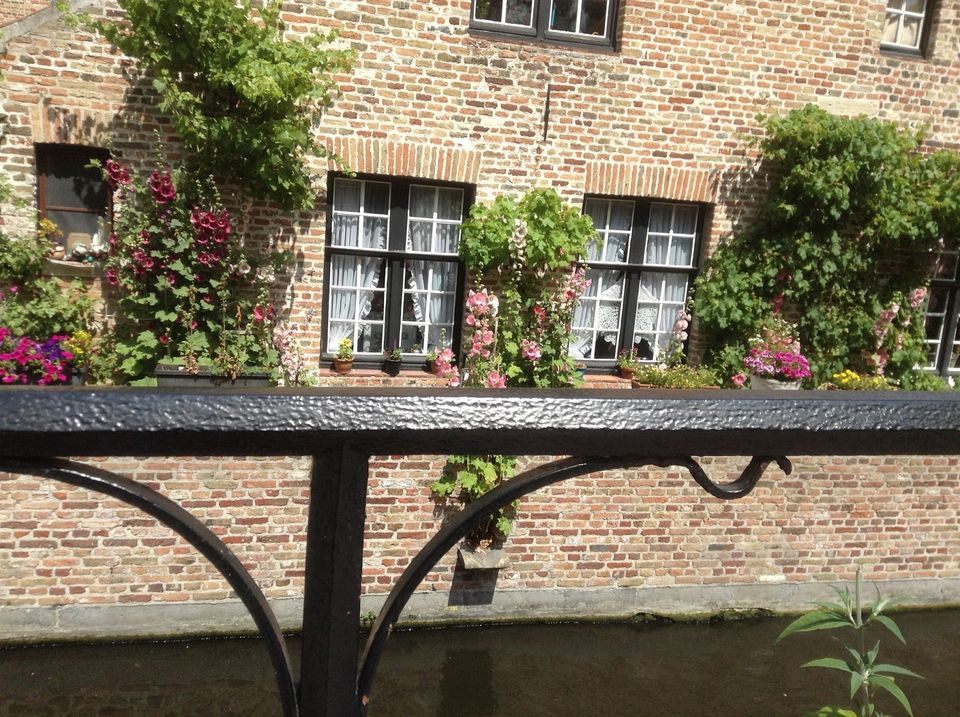 Many 'cool' cafes dot the surroundings. 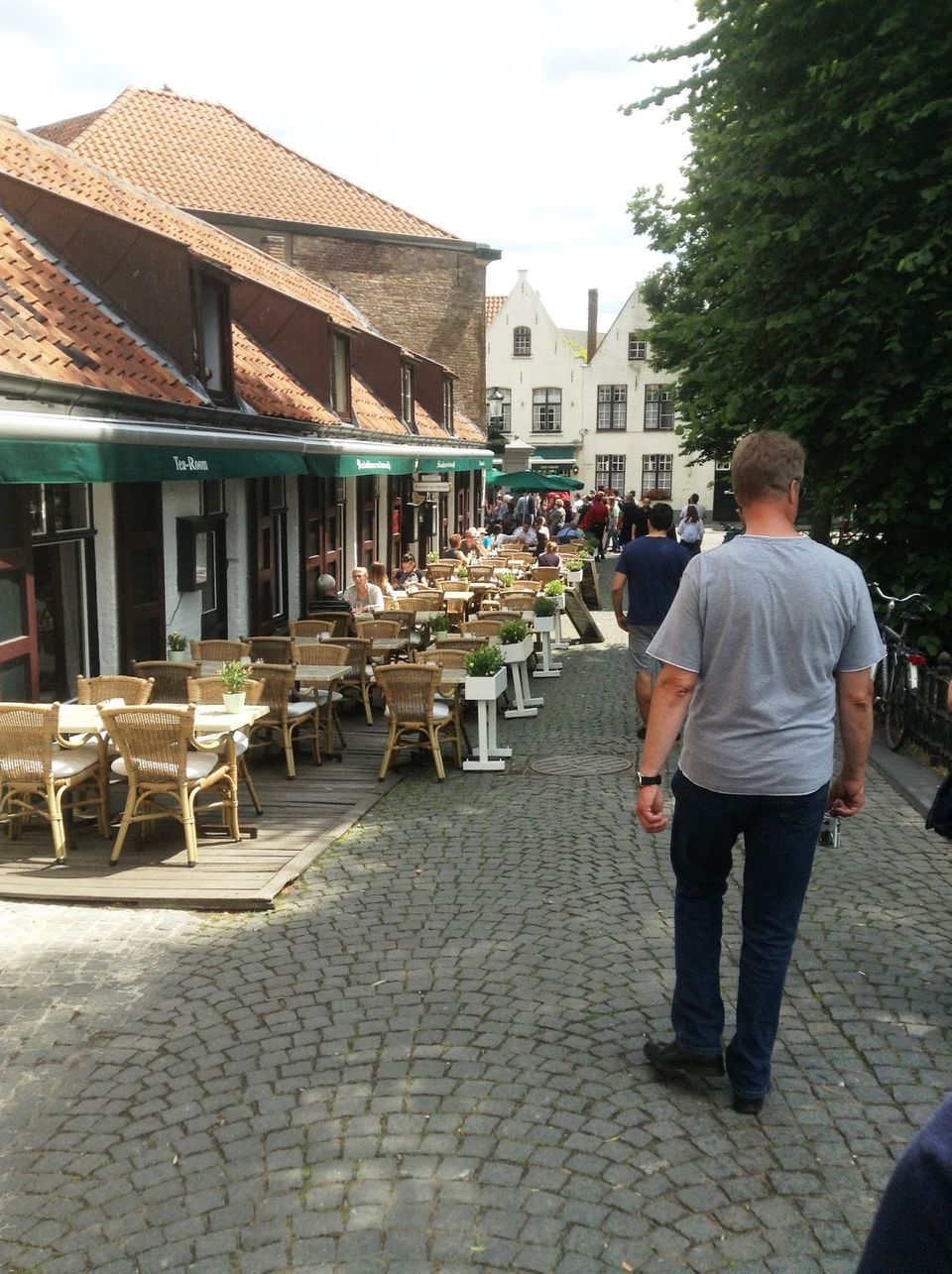 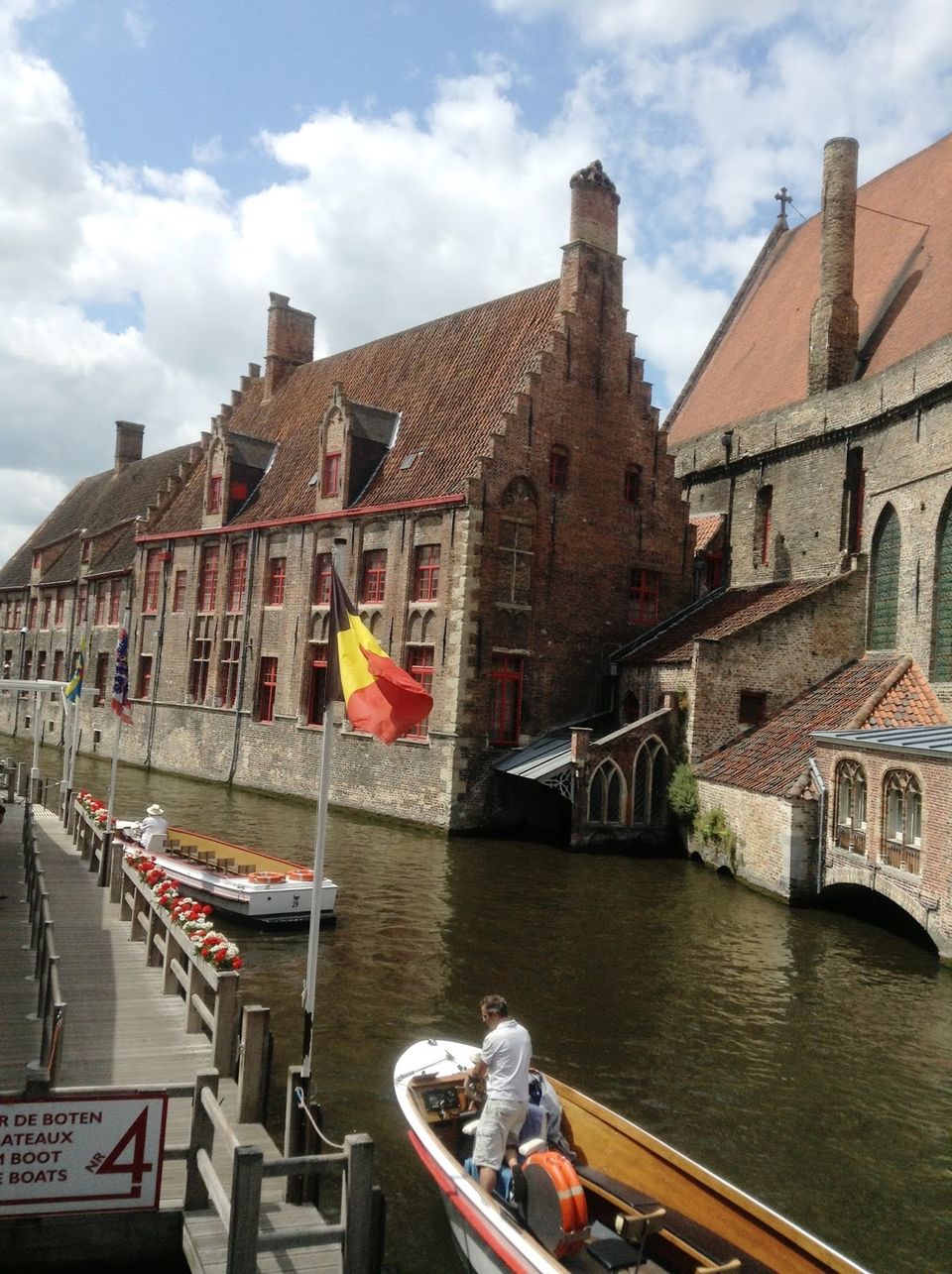 Perched along the canals are beautiful abodes 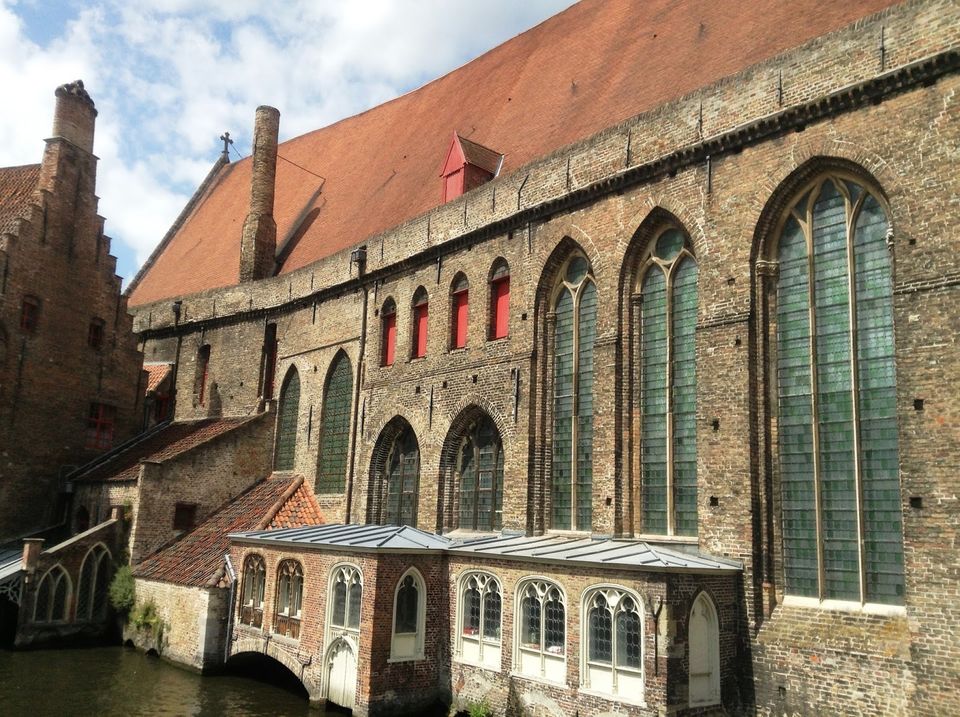 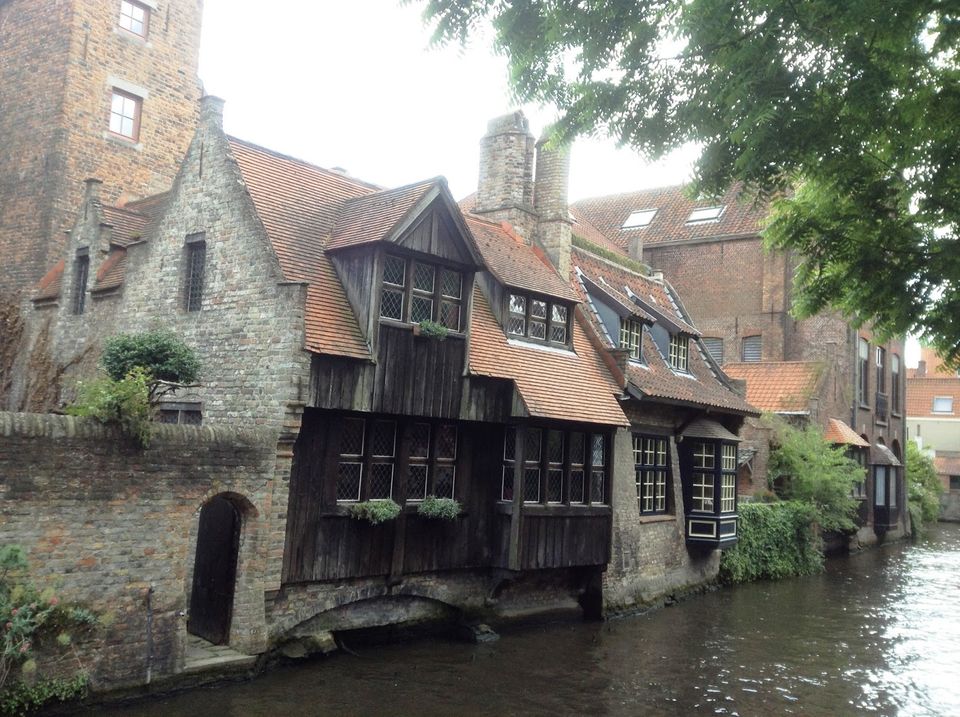 A place of beauty 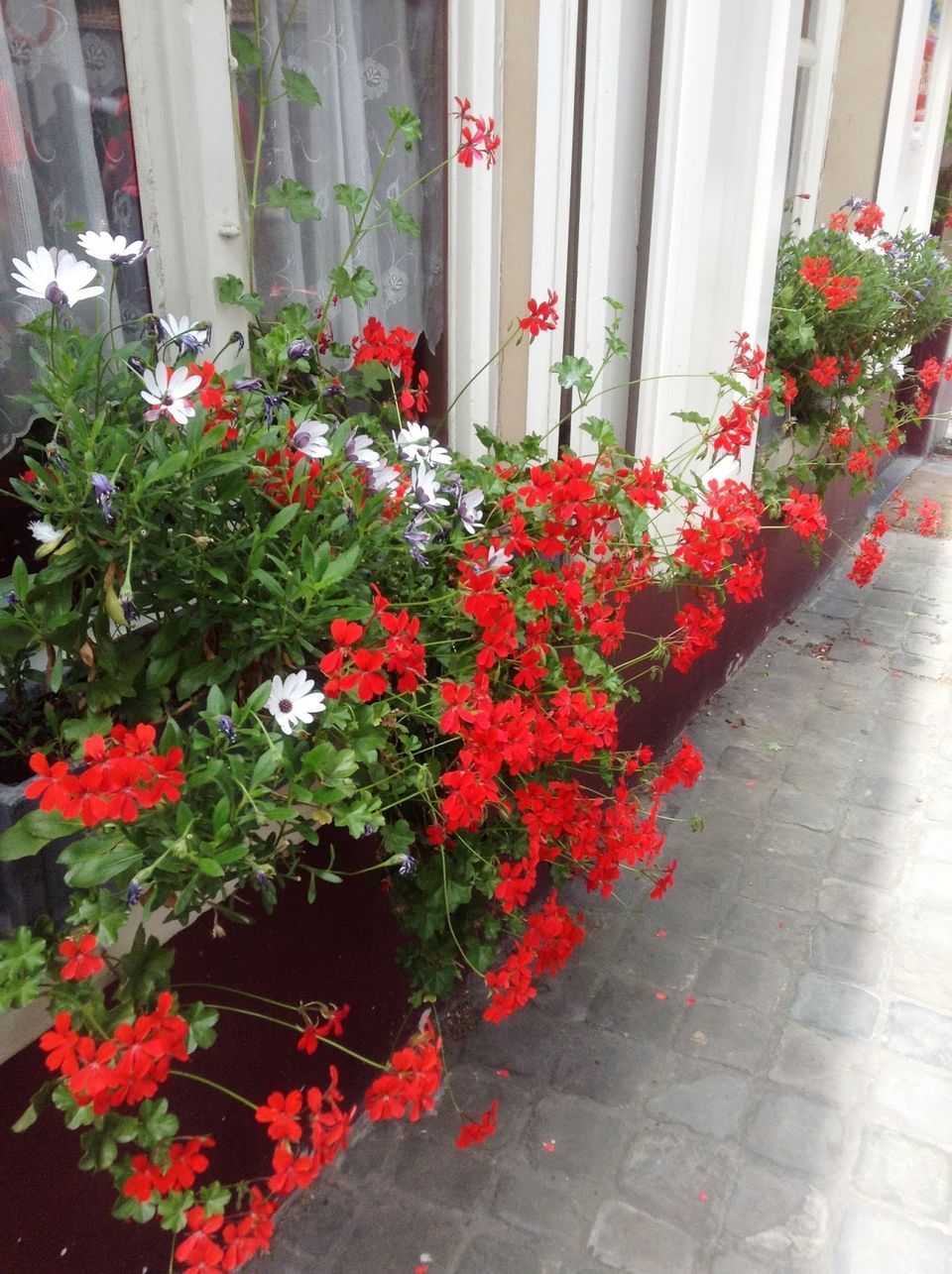 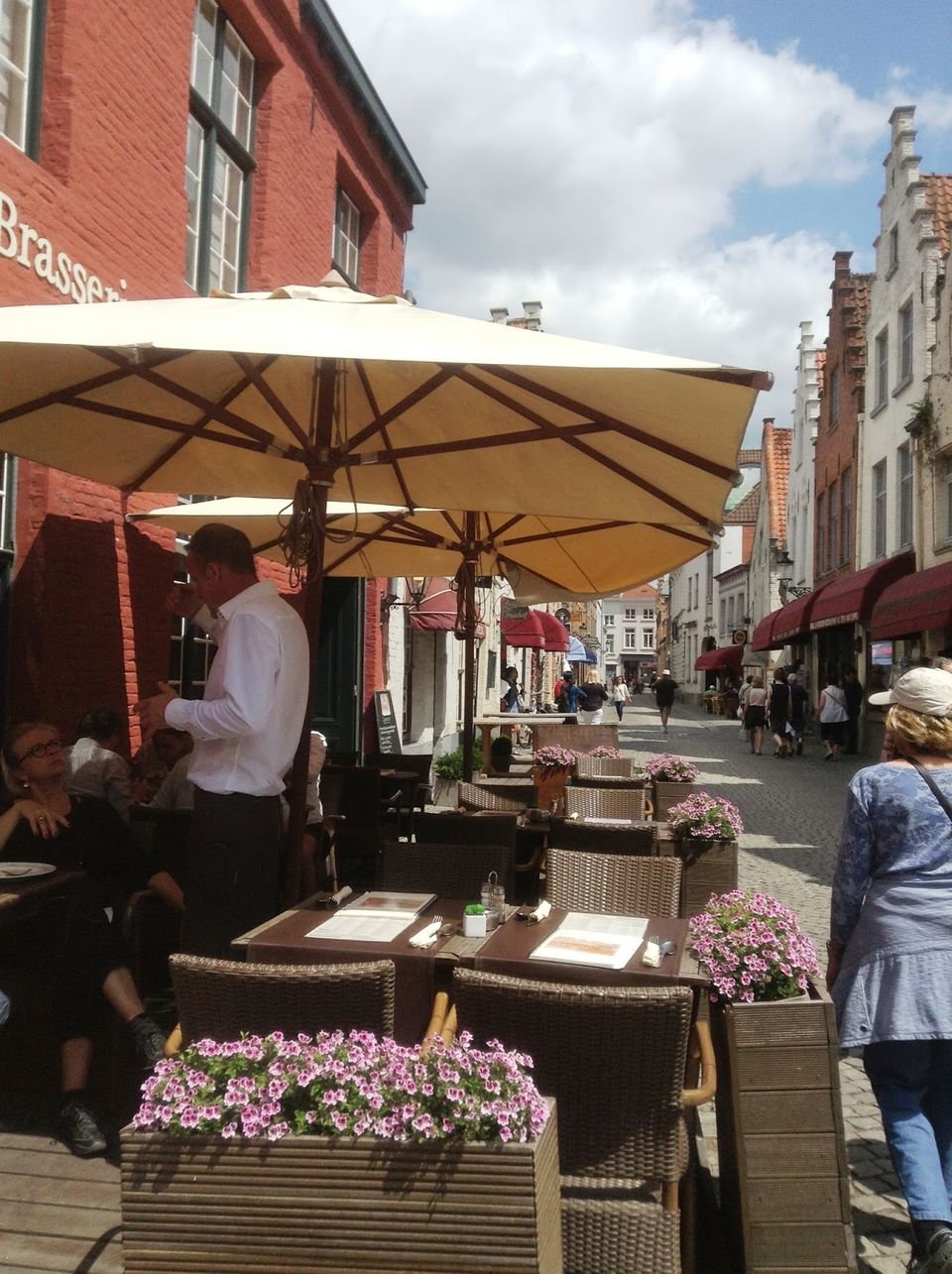 The old time charm of a horse drawn carriage 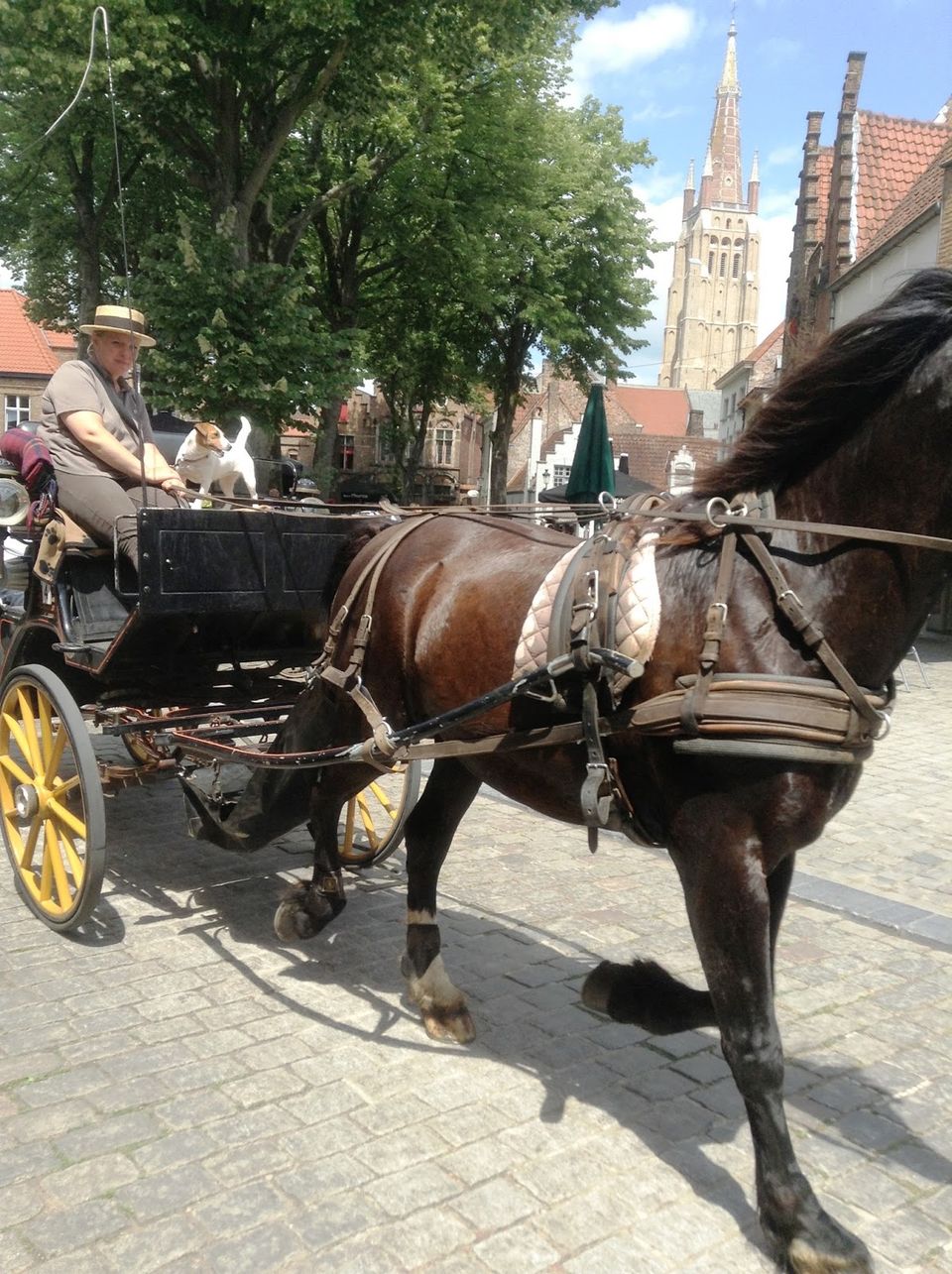 Bicycles are in vogue, and so are horse carriages for a quick tour around the to 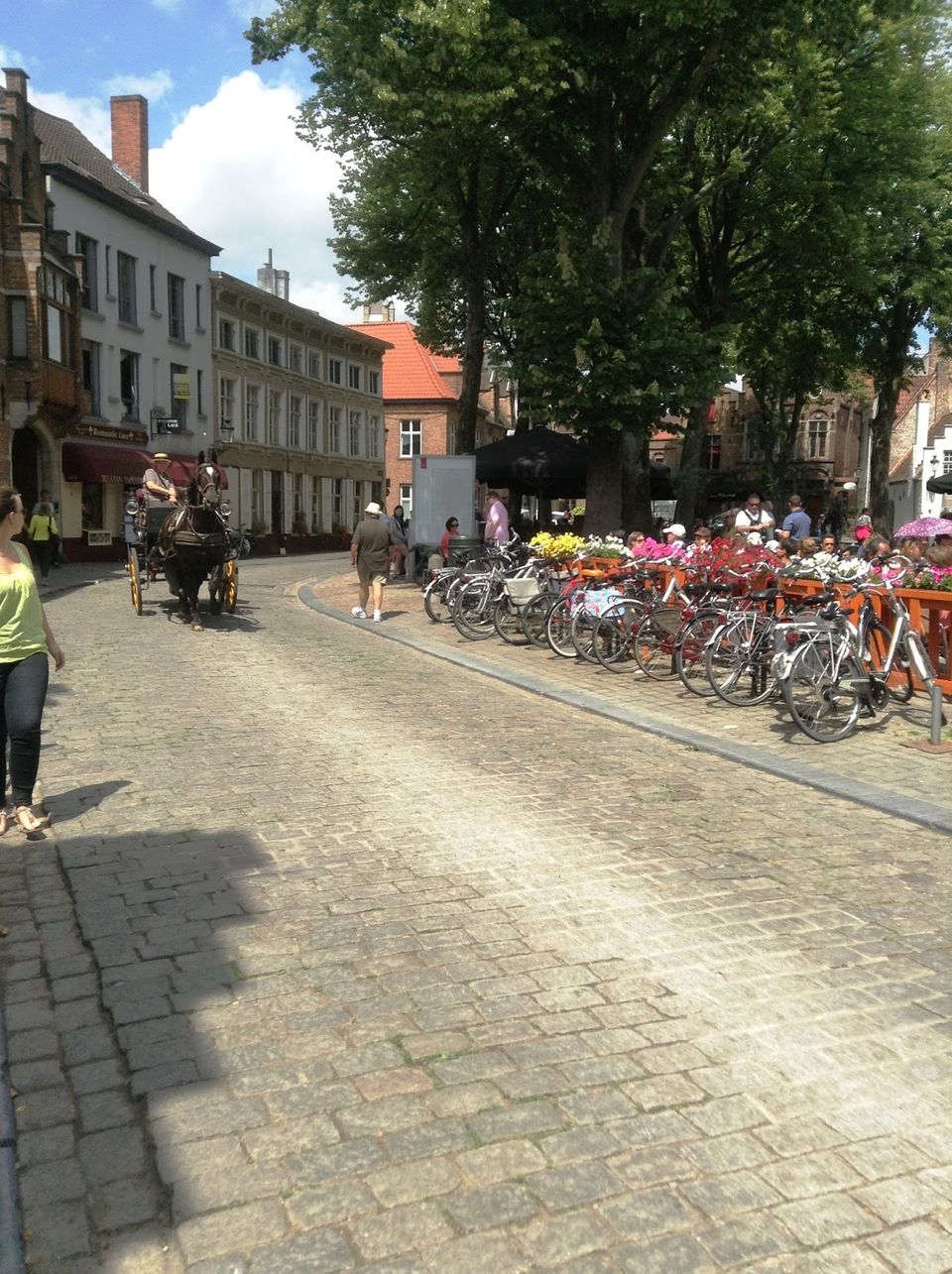 For the young lady! 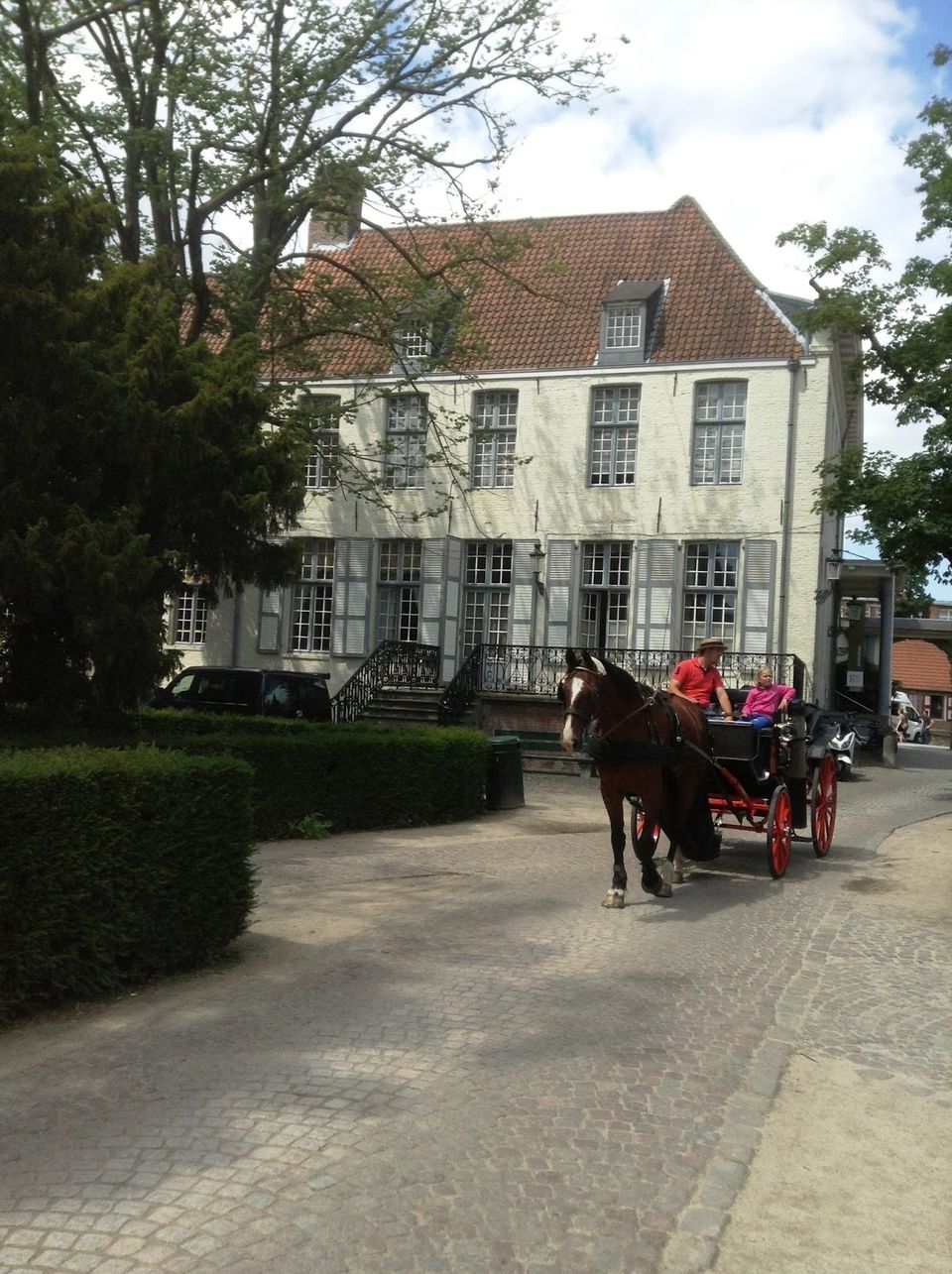 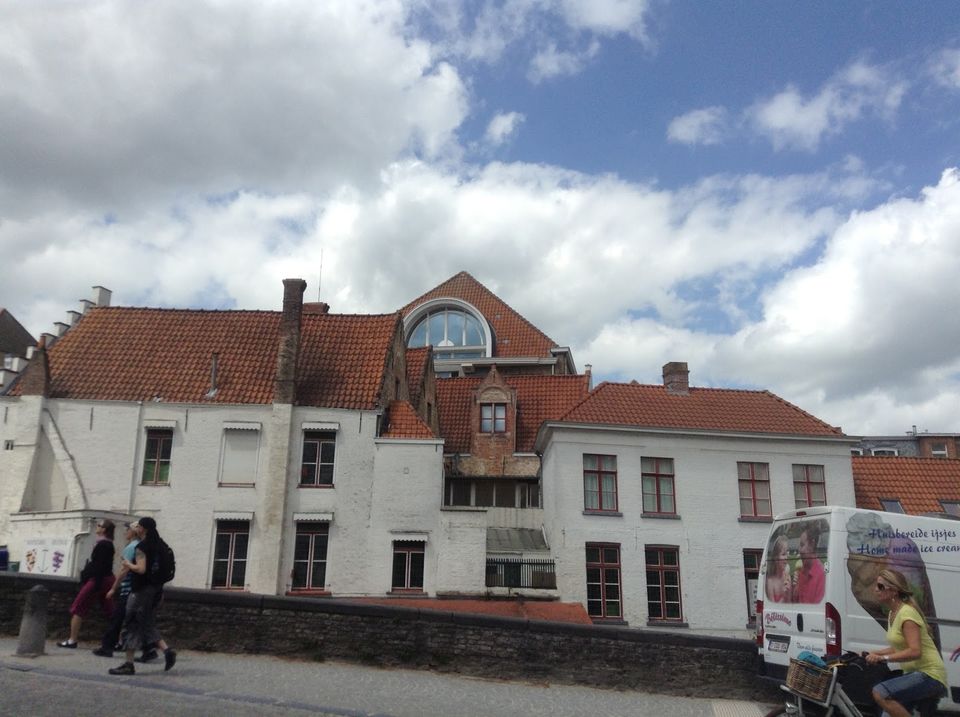 The houses where the bells chime... 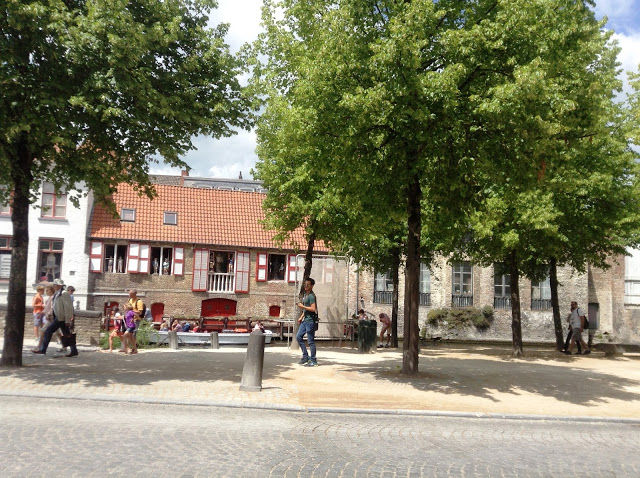 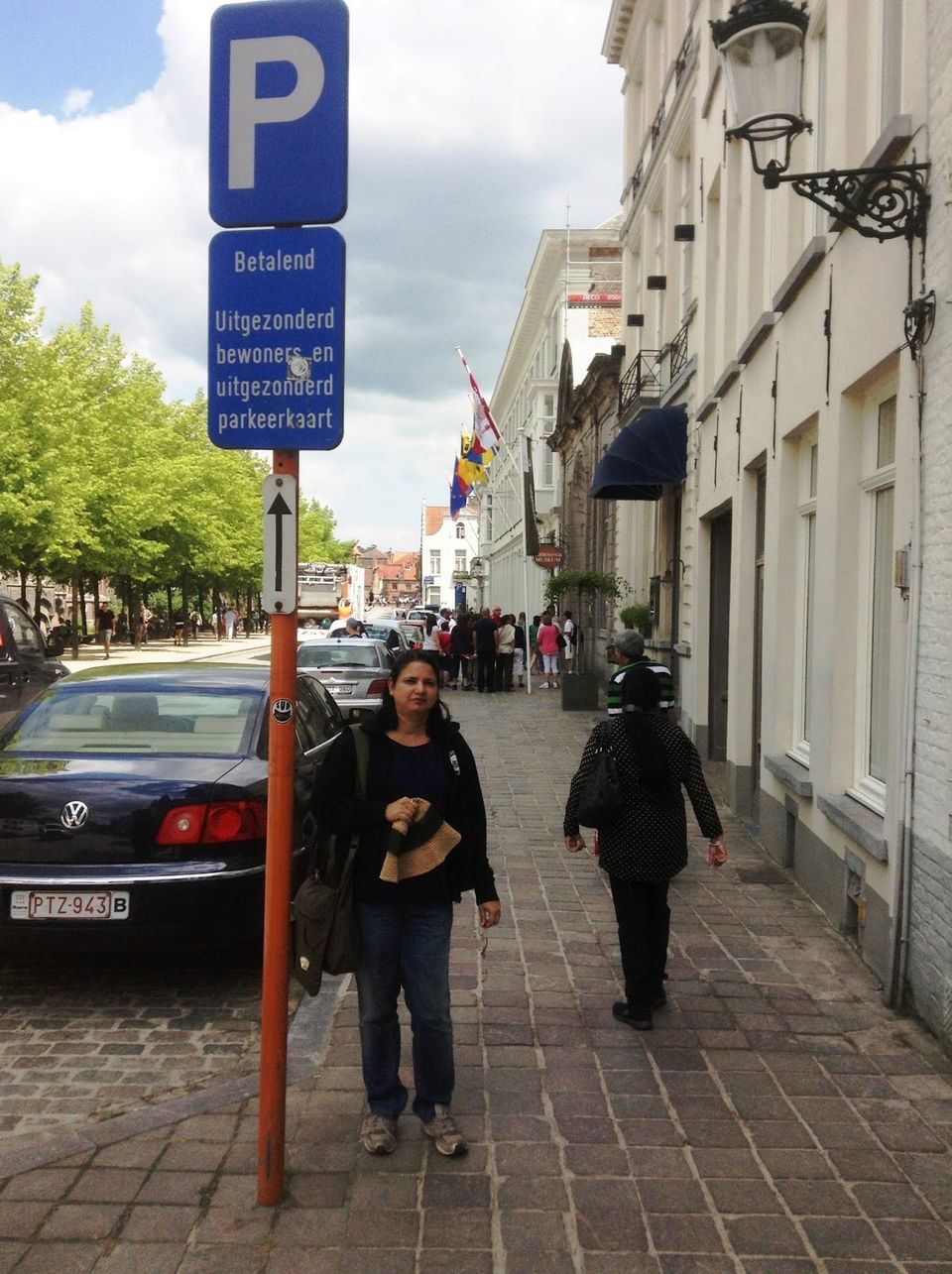 The clock tower and the belfry 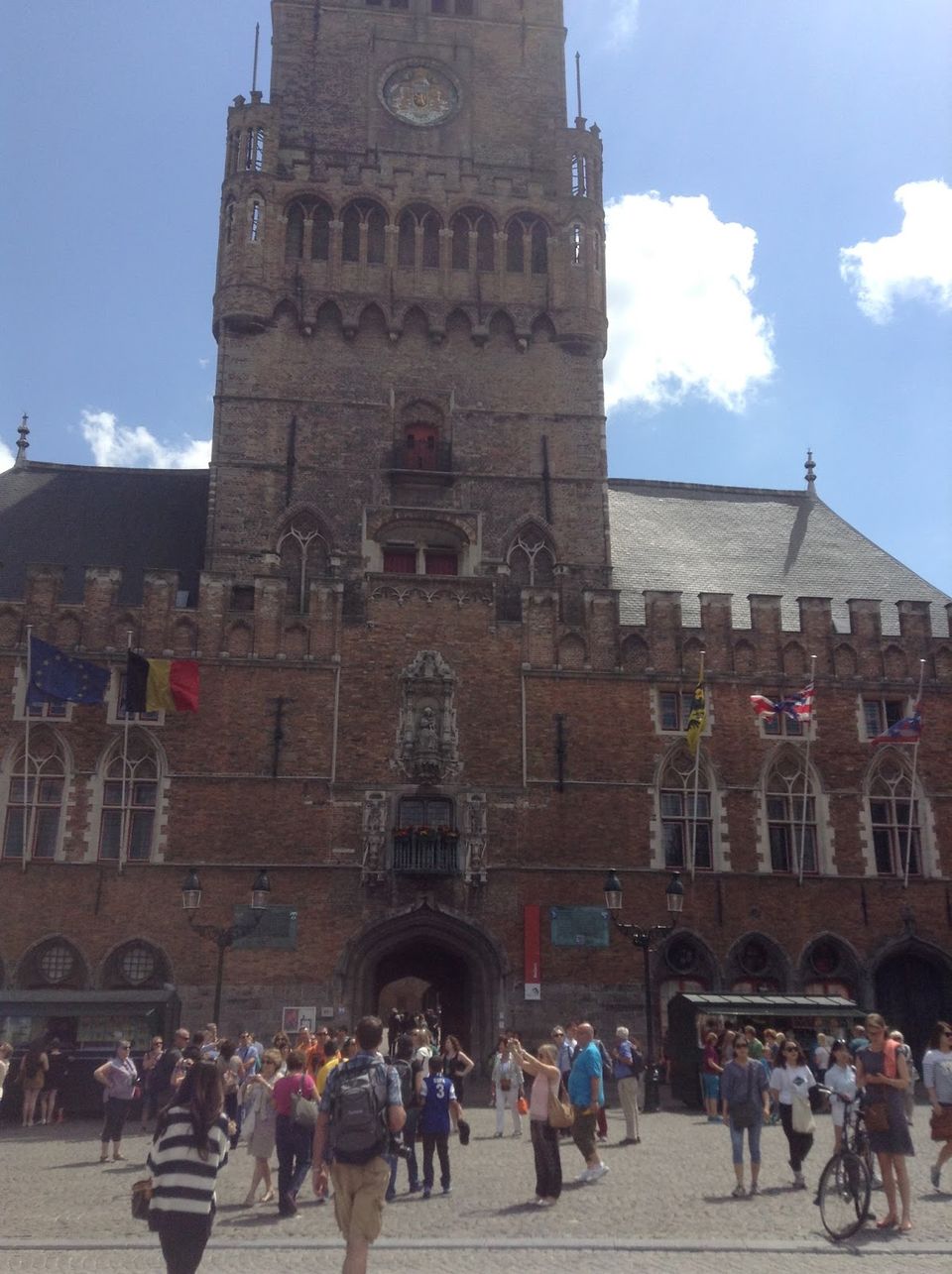 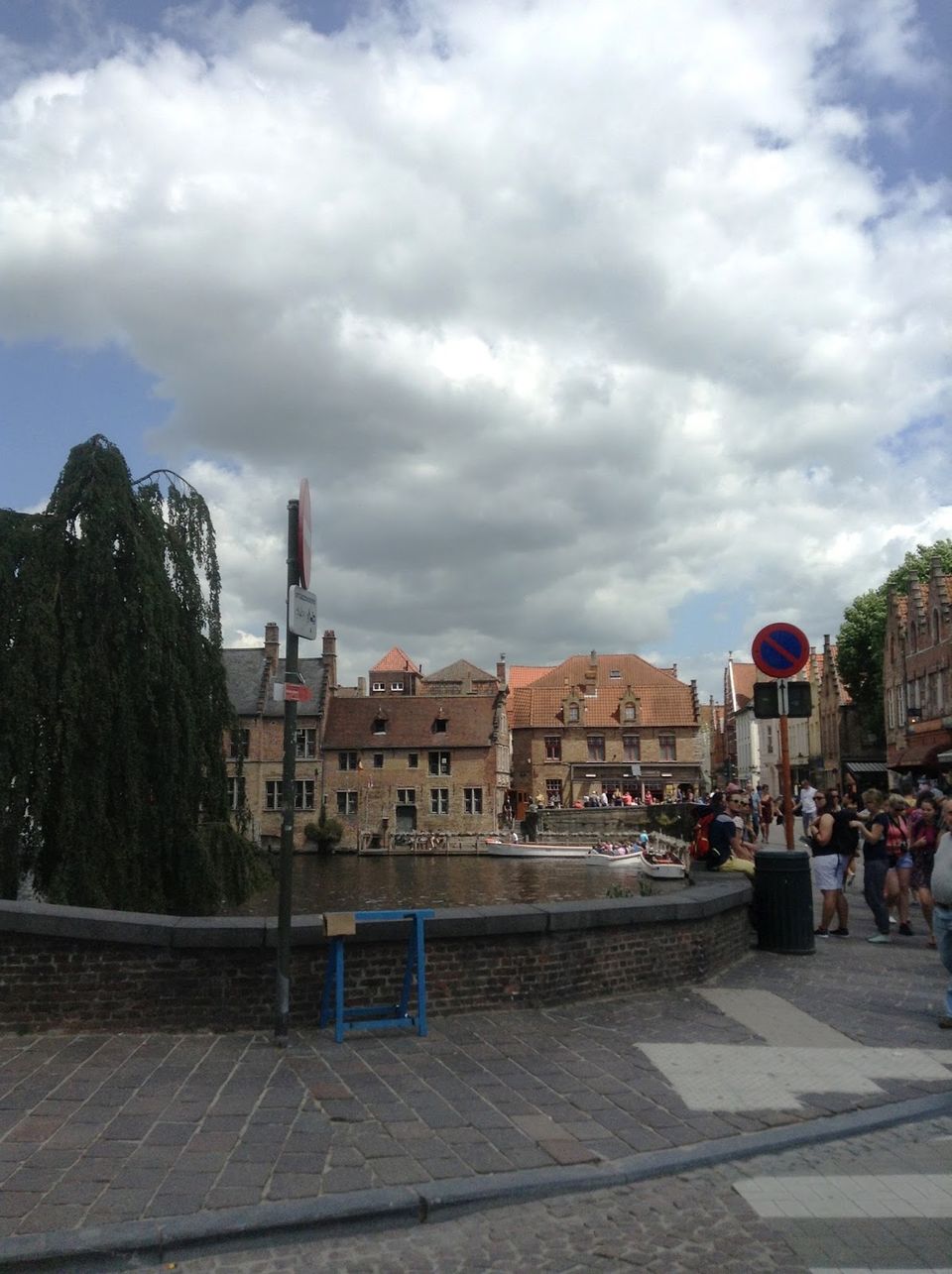 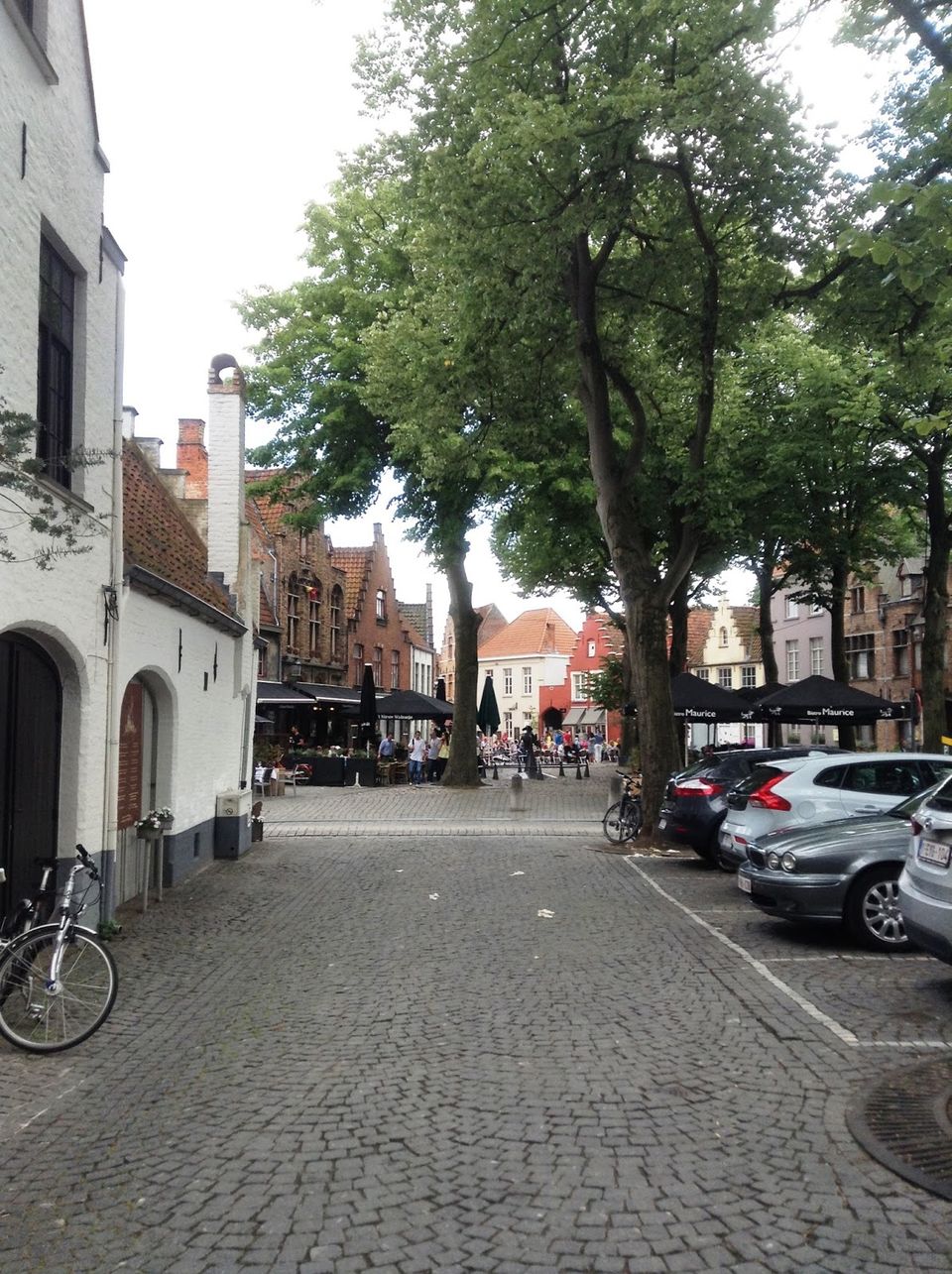 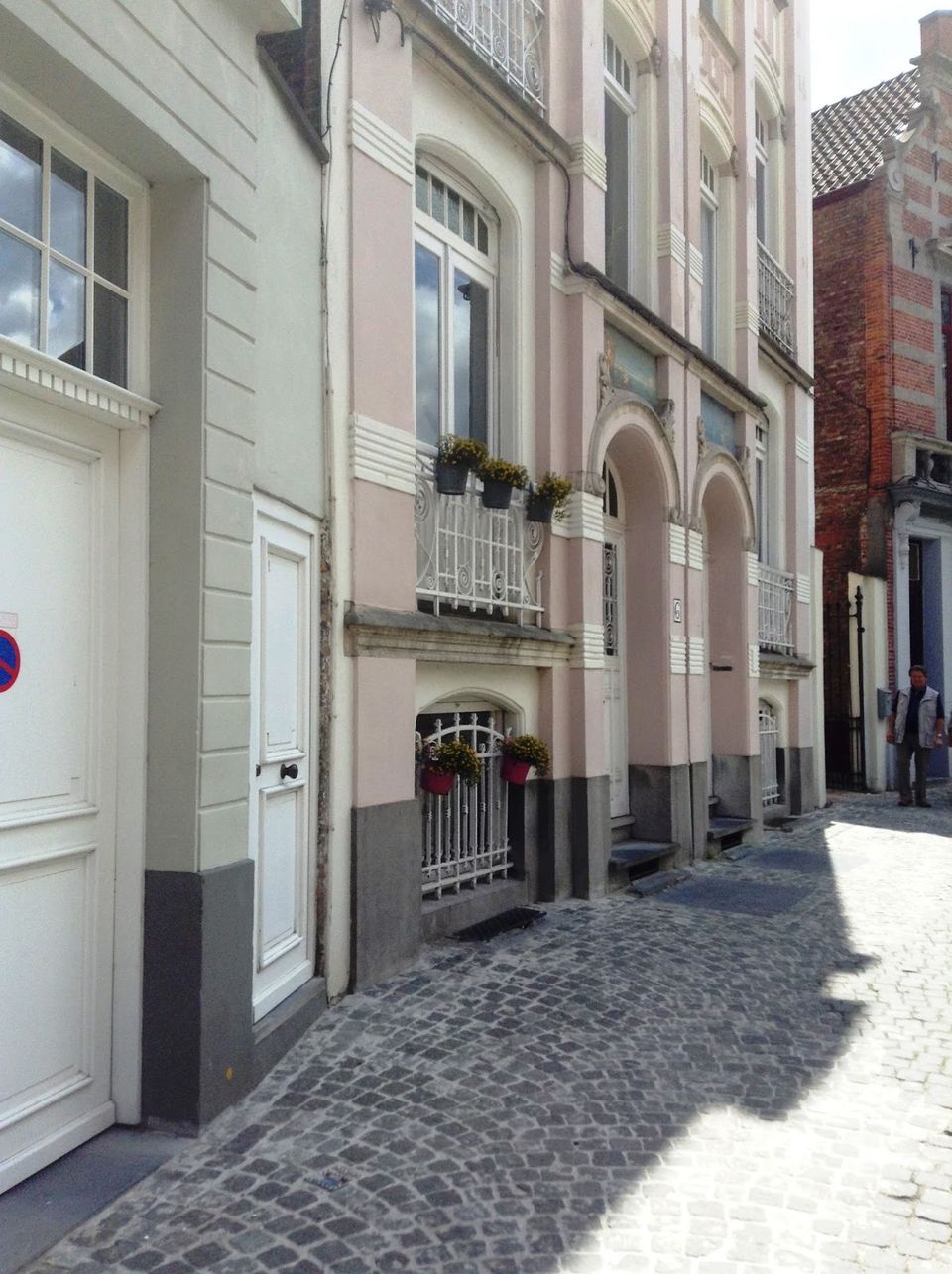 Wheels on the go.. 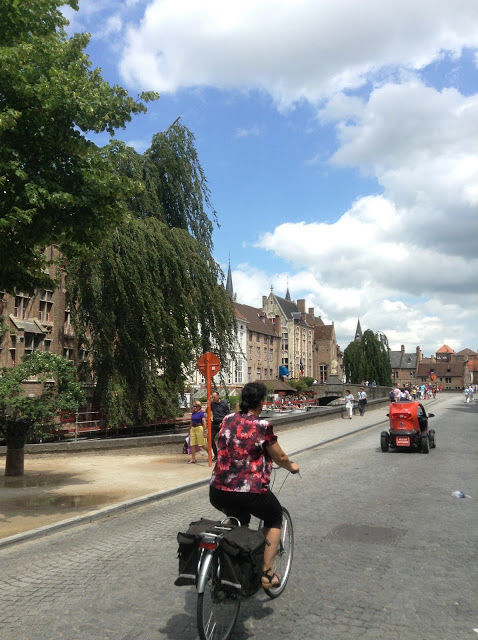 Some from our tour group... 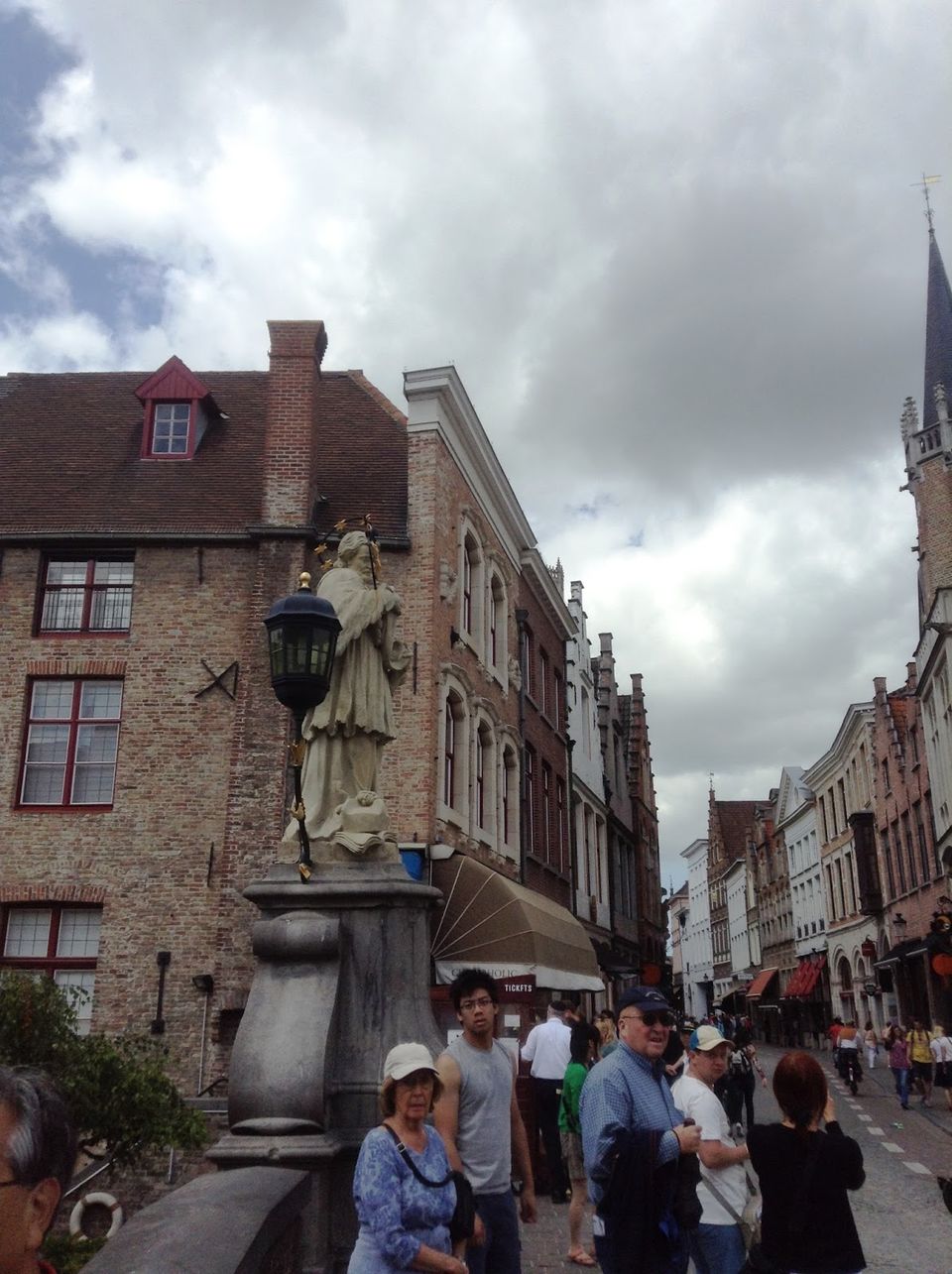 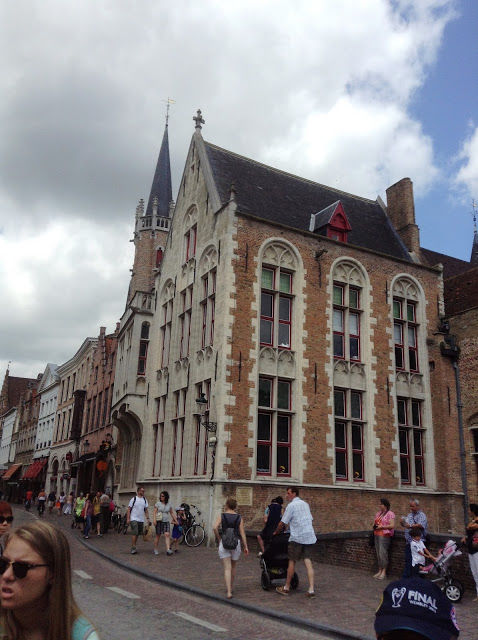 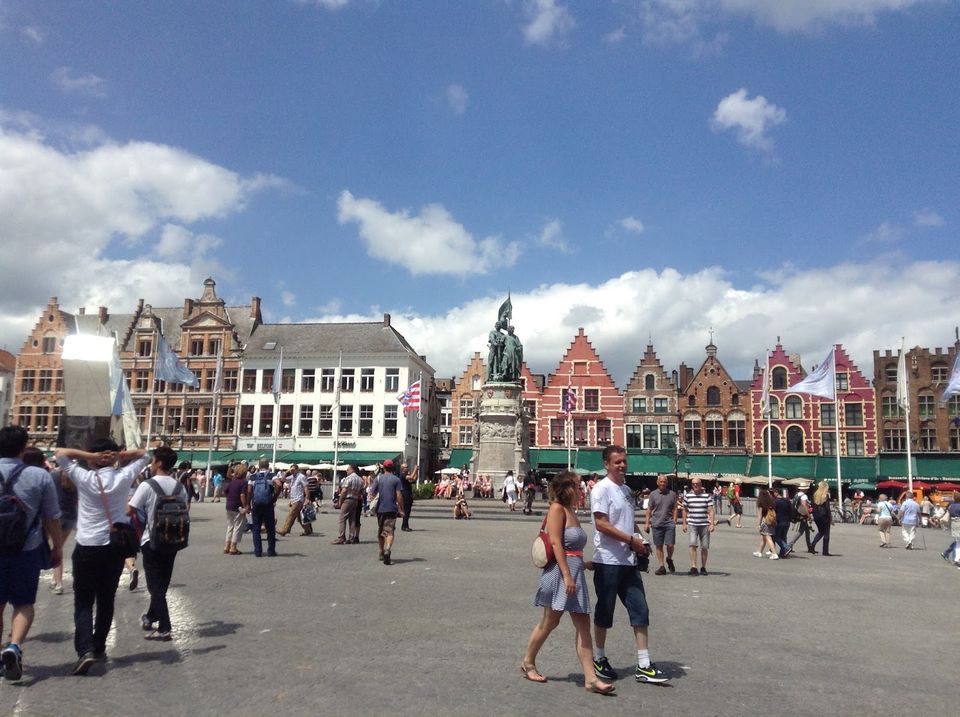 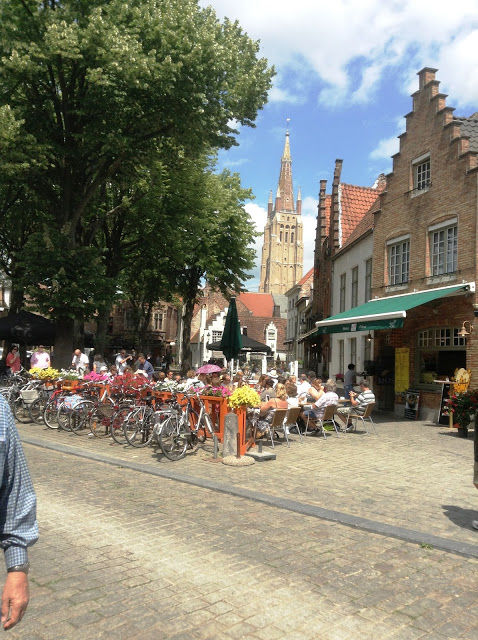 As soon as I entered the peaceful city of Bruges, I felt, I was transported into a medieval era with old world charm! Yes, indeed, Bruges is one of the most beautiful and best preserved medieval cities in Europe.  No wonder this city has been listed as a World UNESCO Heritage site. And the criteria has been: interchange of values, significance in human history, heritage associated with events of universal significance.

I happened to visit Amsterdam in June, this year. From there I took a tour via Lindberg Excursions. The tour duration was 11 hours (it started at 9.30 am in the morning) and though the price was a bit steep (80 Euros/person) it was worthy to visit this heritage city. Most of the tour group members comprised of couple and families. I was the only person travelling solo. Well, it is good sometimes to be on your own. However, it is always better to have company...

We travelled in a comfortable coach, which took us to Bruges, and parked us at a place called Minne Water; (the parking space for most of the tourist buses) from there, the guide took us around and showed us the important parts of this charming town. Later, we had around 3 hours to explore the beautiful locales. There were many tourists around as the weather was perfect, sunny and around 25 degrees centigrade.

The city of Bruges continues to retain it medieval look with flowing canals, edged with pretty gabled houses and cobbled streets! The town seems to be very quiet with very few cars around. Most of the locals including the tourists walk around. As the town can be easily navigated on foot and one can best admire its beauty by walking around. An occasional charming horse driven carriage passes by, which takes the tourists to the major sightseeing places around the town.

It is indeed a splendid town, with ancient architecture. It is also an unparalleled artistic centre where lacemaking flourished in the olden days. This medieval town has retained its historic fabric, evolving over the centuries! There are many original medieval Gothic structures around this town.

Here are ten quick facts about the charming city of Bruges:

1)    Bruges is the capital city of West Flanders area of the Flemish-speaking Belgium.
2)    The first inhabitants who settled on the shores of the Zwin, between the 7th and the 9th century, called it Bruggia.
3)    The town developed around the fortress called Burg.
4)    It was built by the Counts of Flanders and became a world port in the 13th century.
5)    The Belfry was built around 1240 and houses a municipal Carillon comprising of 47 bells.
6)    From 1815 to 1830, Bruges was part of the United Kingdom of the Netherlands. Since 1830, it has been a part of Belgium.
7)    In the 13th century, it was the main link in the Mediterranean trade.
8)    The church of Our Lady (Onze Lieve Vrouwekerk) has the highest brick tower in Europe.
9)    Moules Frites (dish of mussels and fries) and chocolate are Belgian specialties.
10) The population of this charming town is around 117000.

This trip was originally published on Unparalleled India.