Italy Travel GuideItaly TripsCraco, Italy – An Abandoned Ghost Town With A Tragic Past

Craco, Italy – An Abandoned Ghost Town with a Tragic Past 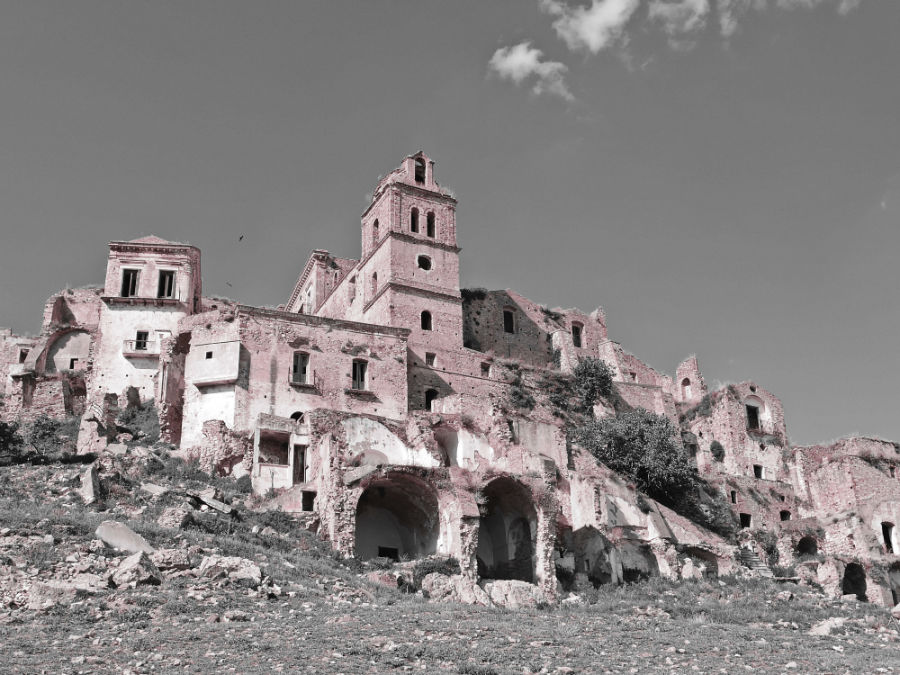 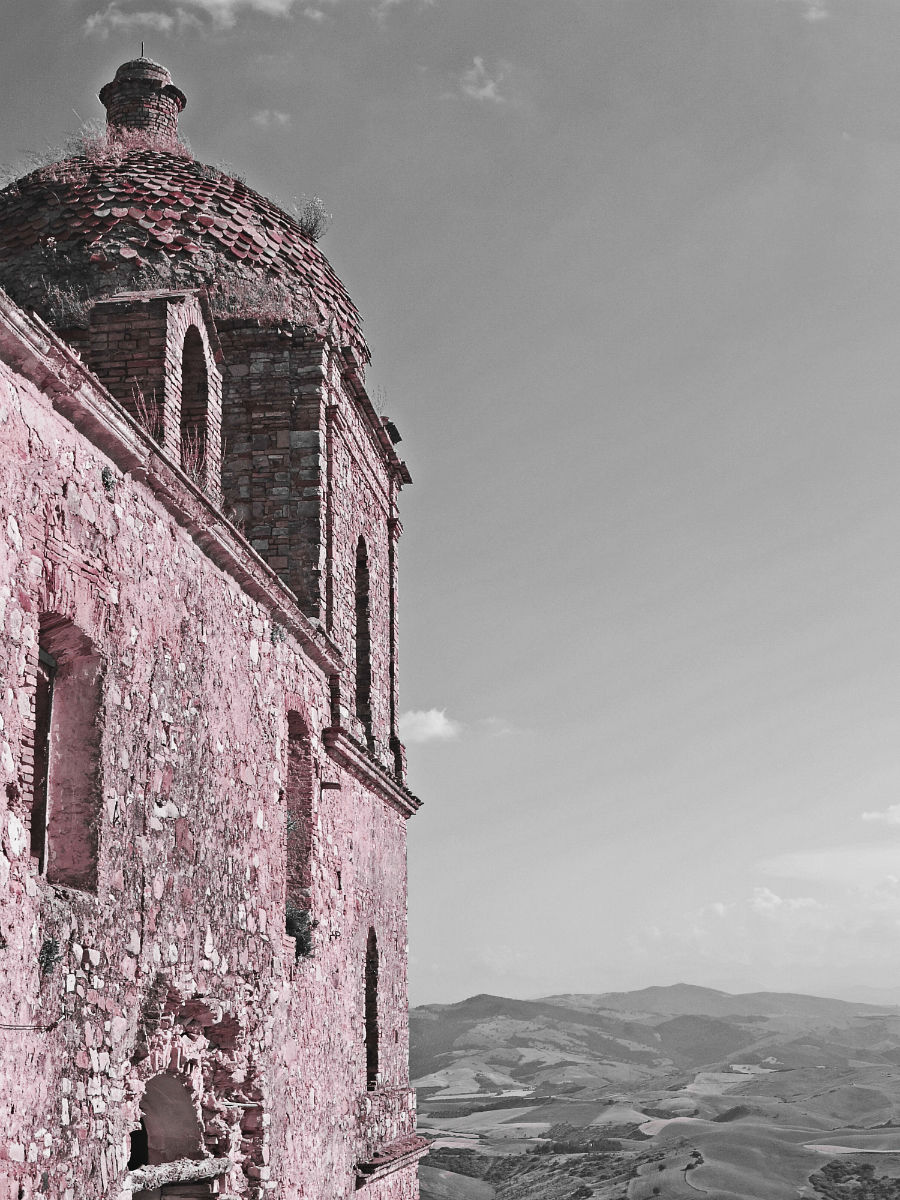 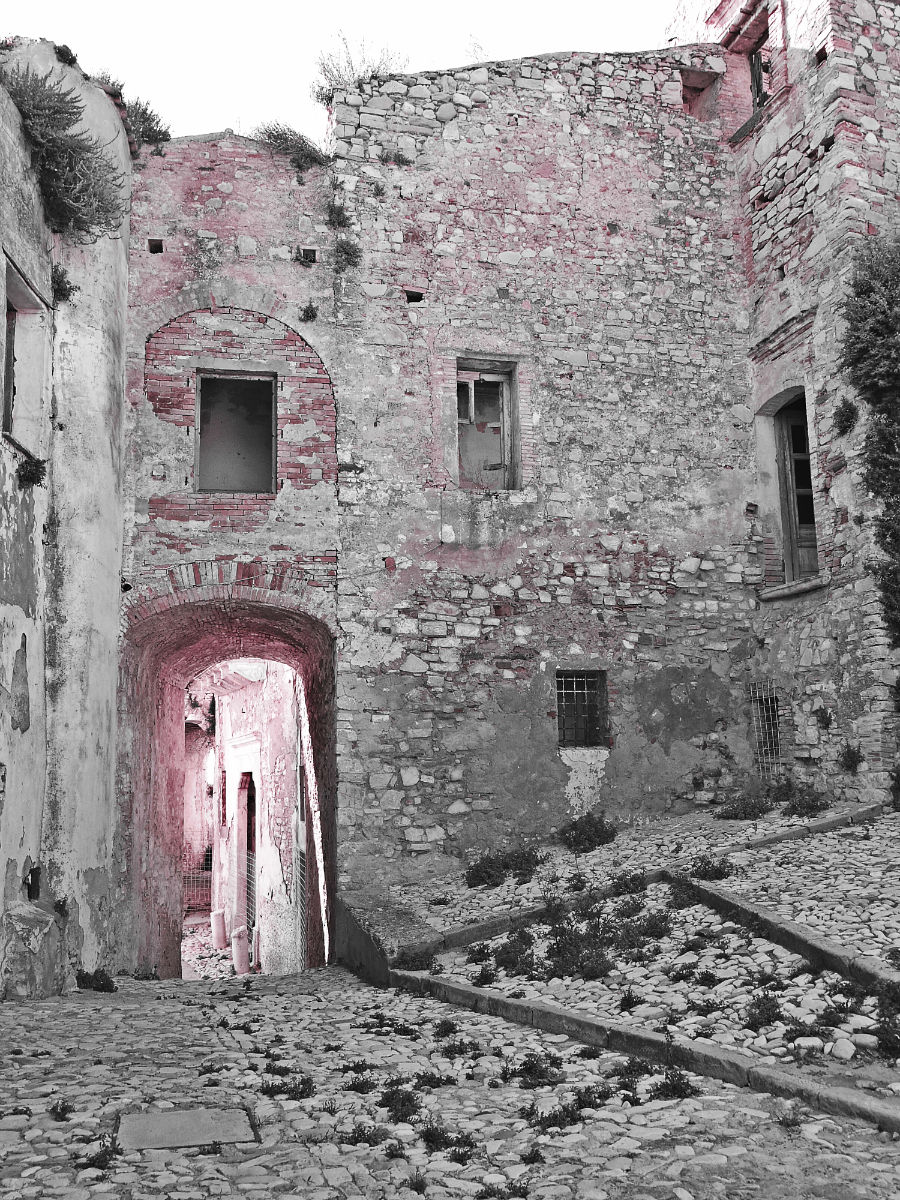 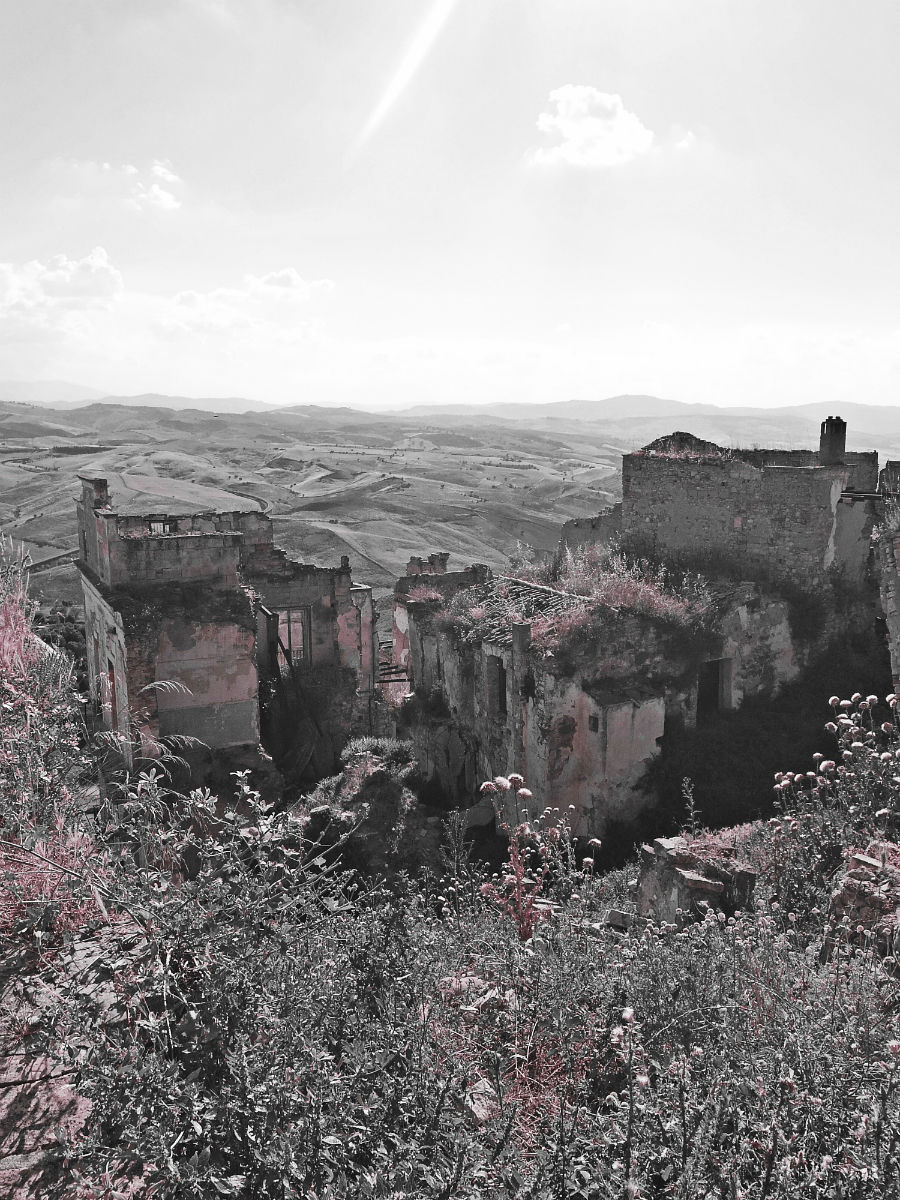 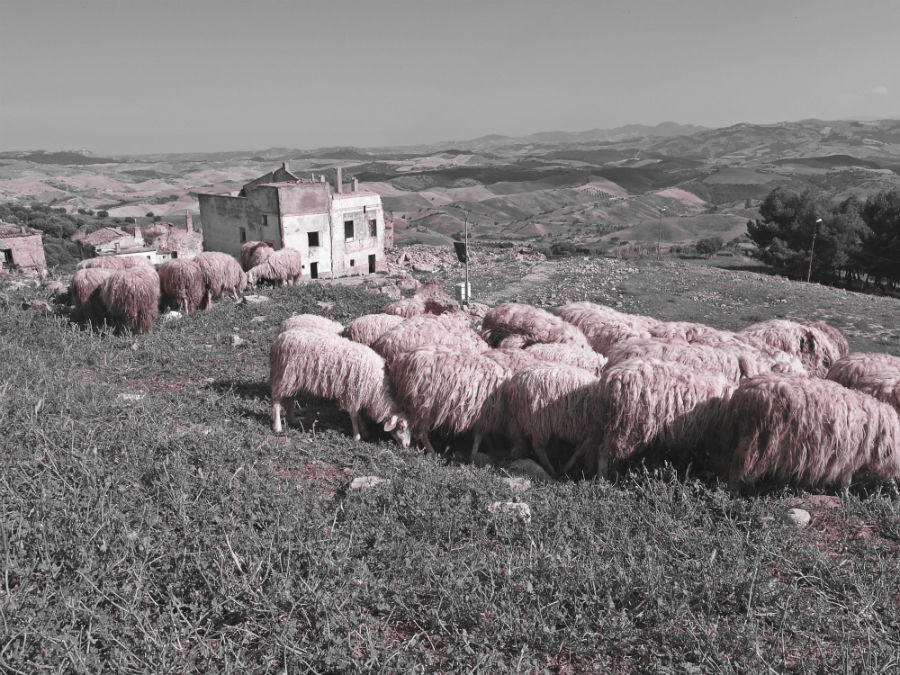 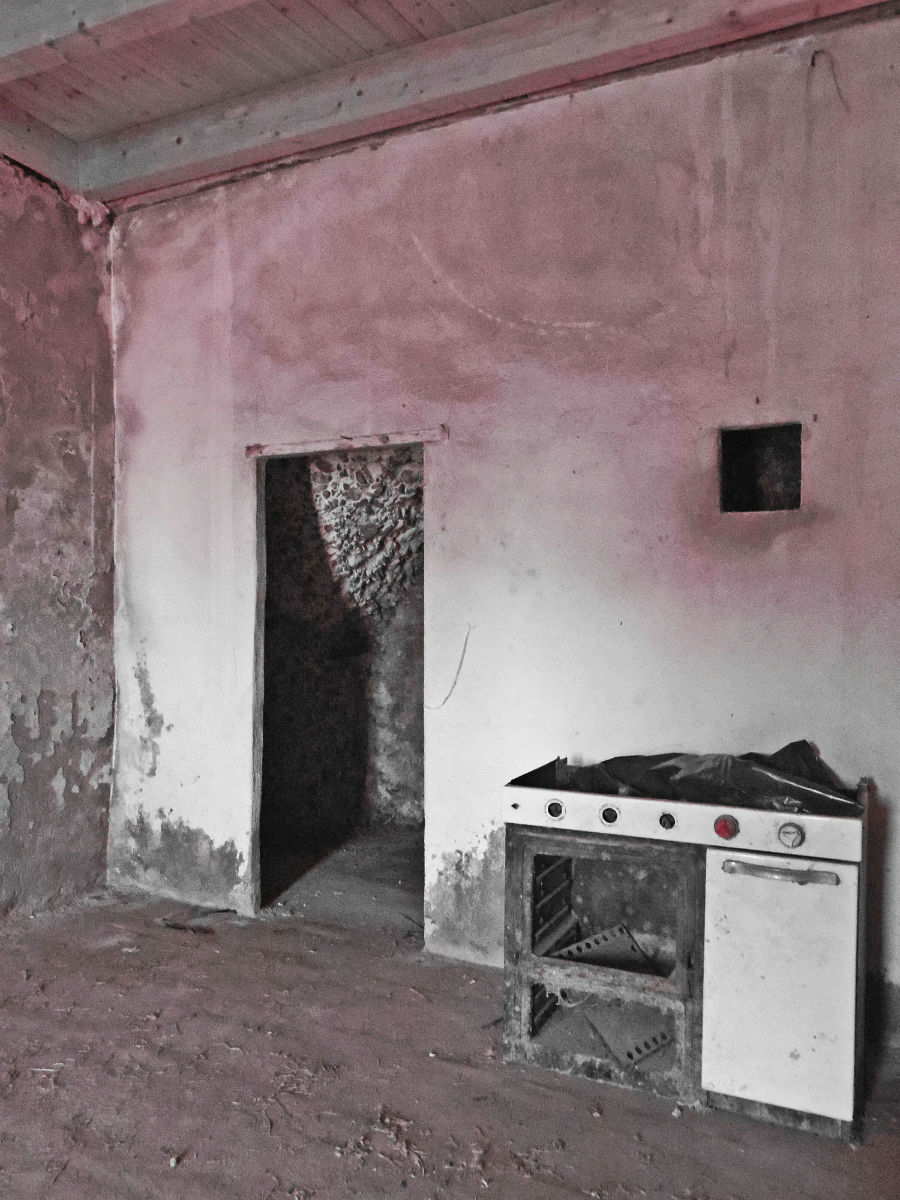 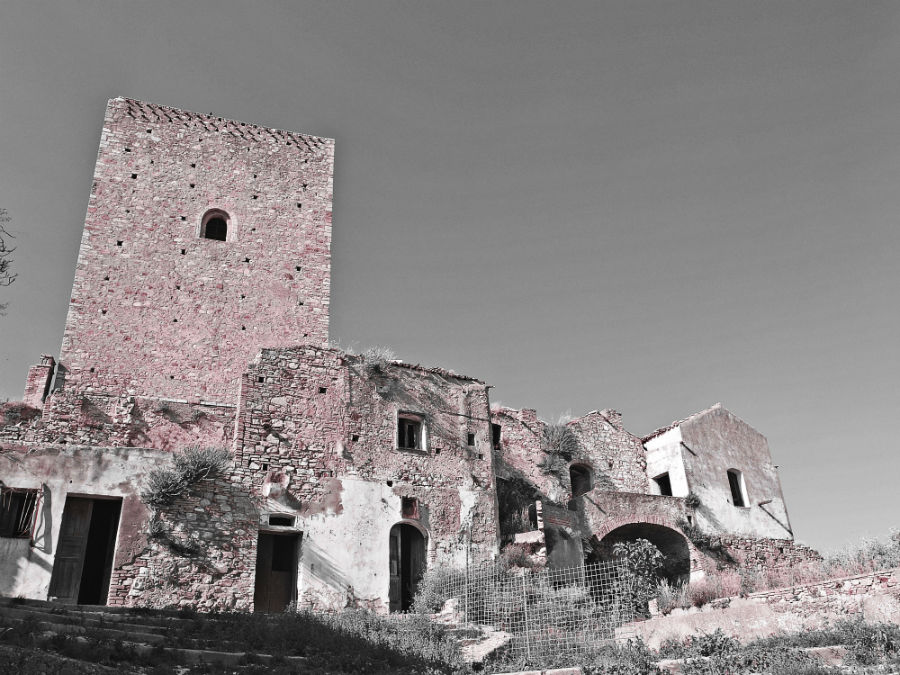 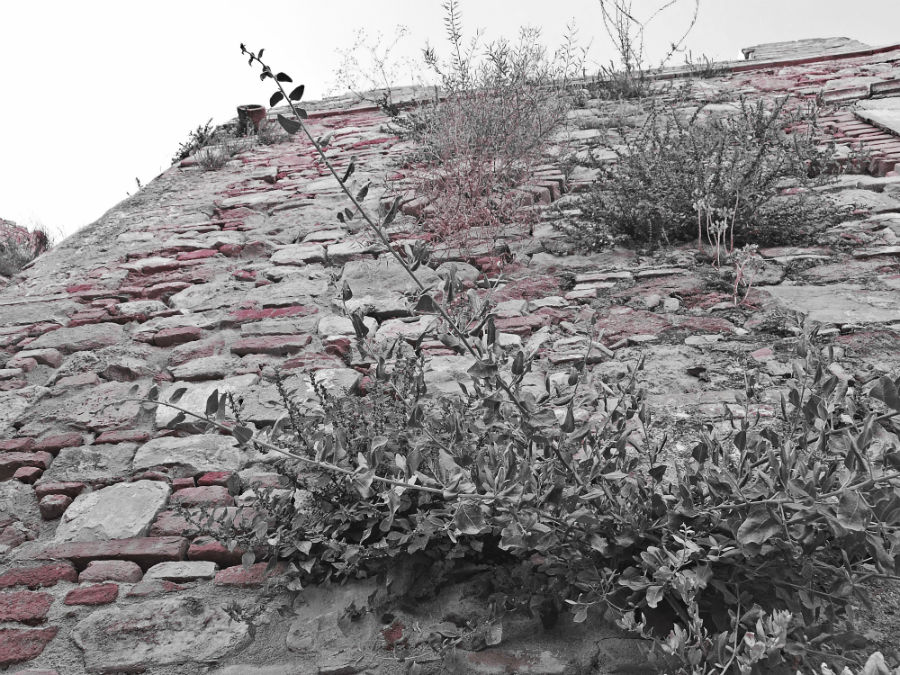 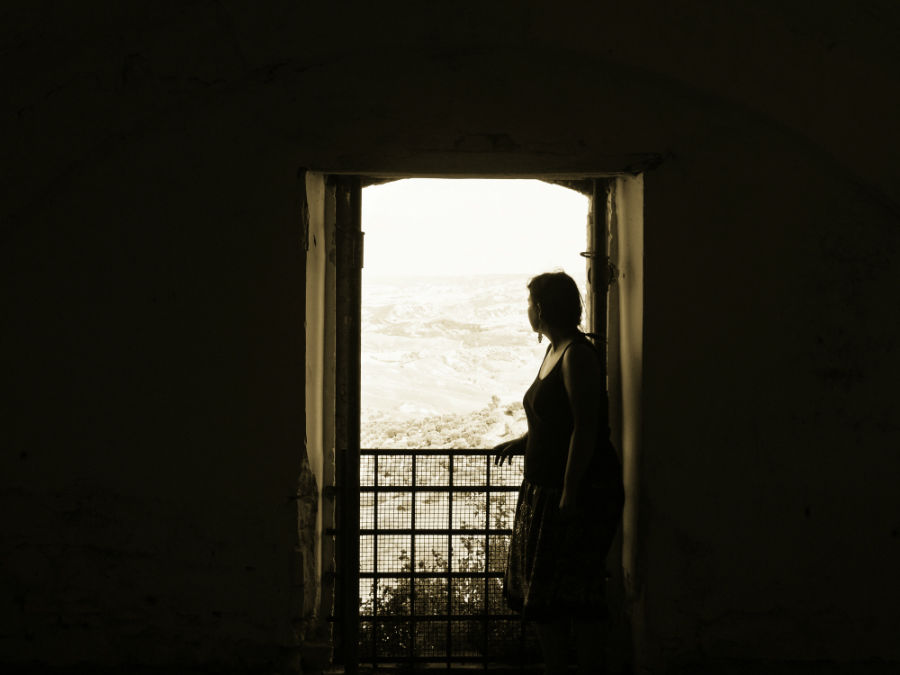 As our van pulled up to the dusty parking lot outside the visitor center in Craco, I noticed an elderly man sitting outside on a plastic garden chair in front of a 70’s style barrack building. I wondered what he did with his time, living outside the city of his ancestors, a city where he too perhaps ran around as a child. Did he look up at Craco with sadness? Did he watch the birds flying in and out of the open collapsing rooftops and imagine that he too flew among them? Did it conjure up memories of his mother crying in the kitchen, unable to hold it together as she packed away their belongings to leave home?

Now, there is nothing. Nobody lives inside the walls of this city that housed generation after generation of memories for over a thousand years. The first loves and babies, the smells of grandmothers cooking up their famous gravy, the sounds of the church bell ringing on Sunday mornings. Now there is only a shell. A crumbling, tragically beautiful reminder that there was once life and laughter in the streets of Craco.

The city of Craco, Italy was founded around 540 AD by Greeks who had moved inland from the coast of Basilicata. It was built on a very high cliff,  overlooking  the Cavone Valley below at 1,300 ft. Over the next thousand years the population of Craco gradually increased, but by the late 19th, early 20th century the political and geographic climates of Craco had forced 1,300 Crachesi (people of Craco) to emigrate to North America.

Unfortunately for those who remained, the conditions worsened. In the 1950’s the soil conditions of the town deteriorated, causing landslides and making the town a dangerous place to live. Periodic earthquakes did not help the problem. In 1963, it became official. All 1,800 residents were forced to leave Craco for their own safety. They were relocated to Craco Peschiera, a new town in the valley below. For years the displaced were forced to live in tent cities and barracks as the government struggled to create housing options for the affected. From Craco Peschiera, the old town is clearly visible. A painful reminder of all that they lost.

CRACO
I LOOK AT YOU FROM AFAR
HOW SHARP IS YOUR PROFILE,
IT ATTRACTS ME.
YOU LIE ALONE,
ON THE HILLSIDE.
YOUR HOUSES,
GUTTED BY THE LANDSLIDE
FROM HERE SEEM INTACT.
EVEN THE TOWER IS ALWAYS THERE
TO STRENGTHEN MY MEMORIES.
I REVISIT YOU WITH MY HEART
AND FIND IN YOU
MY WHOLE LIFE.

Today, Craco is no longer accessible to the public, except by guided tour. A decade ago one could walk freely in the abandoned homes, but due to theft and safety concerns, the town is now under lock and key.  Armed with the required hard hats, our group followed an Italian guide who works at the site- for some restricted exploration. He spoke no English, but thankfully we had a guide from Basilicata Tourism who could translate the history behind the buildings and the tragic circumstances of  Craco’s demise.

Despite the unfortunate realization that my ghost tour of an abandoned city had transformed into something altogether different, I was mesmerized by the sad tales and the spectacular fields of green in the valley down below. The scenery from atop the city was breathtaking, and I can imagine that being torn from such a beautiful home would invoke longing in one’s heart for perhaps forever.

While the city has fallen into ruin, there is something hauntingly beautiful about seeing the empty rooms with their weathered wall paint and abandoned appliances. These possessions have become a part of the cemetery of Craco.  A reminder of the life that once existed within the walls.

The tour of Craco took us around the exterior of the town and up into what was once one of the main squares. Along the way we saw the old church of Chiesa Madre, now entirely closed off after thieves and antique hunters stole the ancient statues and frescoes that adorned the walls. A partially opened doorway exposed the domed room, the former altar now a crumbled mound of brick.

While Craco’s past is riddled with misfortune, there is positive news for its future. In 2010, Craco was added to the Watch List by the World Monuments Fund. Hollywood has also embraced the town, using it as a backdrop for movies such as Passion of the Christ and The Nativity Story. A non-profit organization called The Craco Society was started in 2007 to preserve the history, culture and traditions of Craco- it is also a great resource for those looking for information on relatives or ancestors who were displaced or once lived in the town. As tourism has increased, the local municipality has also secured both EU and regional funding which brings in concerts, festivals and cultural events- as well as funds that help to up-keep the site.

Standing in one of the abandoned rooms, looking out the window at the valley below, my heart broke for the people who lost their homes. I arrived at Craco excited to explore a haunted ghost town, but the only thing that haunts this city are the reminders of what it once was to so many.