Darjeeling, as most of you all may know, is internationally renowned as a tourist destination for its spectacular view of Mount Kangchenjunga (or Kanchandzonga), its tea industry and the Darjeeling Himalayan Railway, a UNESCO World Heritage site. Due to bad weather, the inbound flight had got delayed. But now, it's ready for take-off.

As the uphill journey starts, I get a feeling of nausea. I sit in the front. The fresh clean air and wonderful lush greenery is a most sought-after change for me. Nearing Mirik, the beautiful landscape becomes foggy... Numerous tea gardens producing the famous Darjeeling tea are located in and around Mirik.

From the top, one can have an aerial vision of the peaceful village life around the hill area amidst the flourishing green tea estate. bask in the lovely views which are so very relaxing. Some of the Bollywood songs that have been playing in the car are very mushy. We reach a popular place, the Sourene (or Tingling) View Point, named after the nearby Tea estates. The view from here is awesome. After about eight kms, we reach Mirik town located at an altitude of 4,905 feet.

The main attraction here is the Sumendu lake... Krishnanagar, a short distance away from the lake, has a number of hotels and restaurants for tourists. We reach the car park on the right side of the lake. The driver shows me the small road leading above to the Mirik market which has small shops selling all kinds of items including woollens, clothes & souvenirs. From there, the Mirik Monastery is a short distance away, on a hill top. But first, I walk to a nearby place where fish breeding is carried on. Fishing is strictly prohibited and is a punishable offence. Small trout-like fish gather in hordes when visitors throw them food sold at nearby stalls. Wow, what a sight! I have never seen so many hungry fish in my life. I proceed towards the lake. At the entrance there are a few food stalls. I enter the park beyond which lies the lake. It's off-season time so there are no tourists, only locals. The lake has boating facilities. I prefer to walk around the park. There are plenty of school children around. Some of the girls are very modern. One of them even has her hair dyed in blue highlights on side. before!

The other side of the lake is covered with flourishing Dhuppi(Cryptomeria japonica or Japanese cedar) forests. The park and the pine forest are linked together by an arching 80-ft (24-m) long footbridge called Indreni Pool (Rainbow Bridge)...

Earlier, the driver had told me about a Nepali market where imported goods, clothes, shoes, etc. are sold at a very cheap price. Now when I ask him about it, he tells me there's not much to see there. Okay. (Later I will learn that the Nepali market or Pashupati Market is at the India-Nepal border. About 12 km from Mirik, it is the gateway to the Kingdom of Nepal and a must-see for tourists. The road that leads to the market goes all the way to Kathmandu. Only Indians and Nepalese are allowed to cross over the border area.) It's 3:00 PM and I need to reach Darjeeling and find a good place to stay before it gets dark. So we resume the journey to Darjeeling. It's a beautiful hill-side drive through the vast expanse of lush green tea estates. We stop at a place to have tea. I love the Oolong tea the minute I taste it! I buy a small pack of it. After a couple of photographs of the beautiful flowers at the place, we are off on our way. Ecotourism and homestay facilities have made this small town an attractive destination for tourists looking for a quiet and peaceful holiday. It's a lovely scenic drive from Mirik to Darjeeling. We reach Simana, the Indo-Nepal border area where the road acts as a divider between both countries. I'm naturally curious as I haven't seen an open border between two countries before. The Indian side looks similar to the other side because the villagers are mostly from the Nepali community. I want to take a photo but the driver tells me that taking photographs of the border is forbidden and the security forces may object. Okay, whatever... 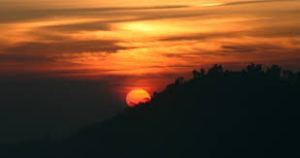 We stop at Simana View Point - a 60 feet by 40 feet plateau and a viewing area - from where one gets a picturesque view of the beautiful Nepalese mountainous landscape including the Kanchenjunga. The viewing area falls in Nepal but one can freely cross over to get the views. It is just lightly raining but in the heavy fog I'm unable to see anything. There are some stalls selling food and refreshments. The cold air makes me start coughing again so I return to the car.

At 5:00 PM we reach Ghoom, a small town neighbouring Darjeeling, which is just 6 km away. The Darjeeling Himalayan Railway, an amazing century-old two feet narrow gauge railway runs through this town. This world-famous steam locomotive, the first of its kind, was introduced in 1881 under the British colonial rule to cut down the enormous time it took to transport passengers from Siliguri to Darjeeling by bullock cart and horse carriages. Fondly called the "Toy Train", it was declared as World Heritage by UNESCOin 1999, the second railway in the world to receive such status. Amazing zigzags and loops on the way help this engineering marvel to overcome steep gradients and curves of the mountains making it a unique ride. It takes about 7 hours to complete the journey passing through picturesque mountain landscapes and villages. In 2010, due to landslides, a section of the track on this route was damaged and since then there is no toy train from Siliguri to Darjeeling. But there are toy trains operating between another town, Kurseong and Darjeeling. At 7407 feet, Ghoom is the highest altitude station on the Darjeeling Himalayan Railway (DHR) track. The Darjeeling Himalayan Railway Museum is located at the station premises. There are daily toy train joy rides available from Darjeeling Railway Station to Ghoom and back. At a place called Batasia Loop, the train makes a 360 degree turn (to lower the gradient of its ascent) around a beautiful garden with a War Memorial. Riding the Toy Train has been a joyous experience to tourists for more than a century. During peak season, tickets have to be booked well in advance for this heritage ride that once provided the first mountain transportation link in the country. The railway track often runs side by side the main road (The National Highway 55 or the Hill Cart Road), intersecting it many times. While we are talking about the train, it chugs by just in time for me to take a photo and a two-second video clip.

The small steam engine pulling three tiny coaches, with about 15 seats each, is a cute sight! But the black exhaust fumes that it exhales leave me coughing incessantly. That's it! I'm not going to take the Toy Train joy ride! At least I was lucky enough to get a quick look at this "pride and joy of Darjeeling". We reach Darjeeling at 5:15 PM. At first sight, I realize that it's not a sleepy hill town but more like a busy city with narrow and crowded streets, congested areas, and above all...fashionable and pretty-looking young women! At 6,710 feet, Darjeeling is blessed with great weather. During the temperate season of spring, summer and autumn, hordes of tourists flock to this town for its main attraction...a 180 degree panoramic view of the sunrise over four out of five highest peaks of the world from Tiger Hill, which is 13 km from the town. Many love to visit this popular town in the winter and some, in the monsoon. And then, there are a few like me, who just want to breathe clean air and feel the hills when there are no tourists and the hill town is at its serene best. I pull out the list of hotels that I have made after browsing through the Internet. I have thought about staying at some place near the Mall which is the town centre. The Mall (or the Chowrasta Mall) is the most preferred area for tourists. Most popular hotels, restaurants and shops are located along the entire stretch of Nehru Road leading up to the Mall and the Mall road itself. We reach the taxi stand from where the Nehru Road leading to the Mall begins. Just opposite the stand is Hotel Dekeling, which features in my list. It's located in an old building and the entrance is through a narrow staircase. I drag my poor little trolley bag through the bustling pedestrian Nehru Road. Due to rain, the narrow road is wet (and puddled at places!) and the uneven surface makes it difficult for me to walk through the crowd while checking on my bag from time to time. To make it worse, there is a slight drizzle. The road is lined with all types of shops (arts, crafts and jewellery, curios, woollen clothes, jackets, shoes, etc.) and restaurants (Indian, Chinese, Continental, etc.). out to check another hotel and have a No doubt this hotel is located in an excellent loc ation but maybe I had mistaken this hotel with another of the same name.Besides my room, only two or three other rooms were occupied.

My cellphone has lost connectivity after passing Simana so I'm unable to call home to tell my folks I have reached Darjeeling. To my surprise, there's not a single shop around providing STD phone service. I check out the STD booth inside Glenary's but there is no phone inside the booth. I'm tired and hungry and I need to eat because I haven't had anything since morning. I set off for a restaurant known for its Tibetan fare on the Mahatma Gandhi Road. Kunga restaurant turns out to be a tiny place located in the same building as Hotel Dekeling. It's been almost nine months since the last time I have had Tibetan momos(dumplings with spicy meat or vegetable fillings that are served either steamed or pan-fried, with a spicy hot sauce). I ask for chicken momos and sweet corn chicken soup. When the food arrives, I'm all ready for it! I taste one of the dozenmomos and I'm totally disappointed. But, hungry as I am, I have 6 or 7 of them. I take a spoonful of the soup and I cringe. The soup is salty! Shucks, I should have dined vegetarian at Glenary's!

A person with a traveler soul. Wanderlust!!