Darjeeling- Wake up & smell the tea

A place that sleeps early but unfortunately is not amongst the early to rise… Darjeeling is a town dotted with emerald tea gardens and snow covered mountains that are sure to knock you cold!

Another trip, another day, another town… we set out from Delhi to New Jalpaiguri (in Siliguri) to reach this hill town in the state of West Bengal. It was freezing cold when we reached there in the month of January - most people prefer going there after monsoons when the view is clear and it is not as cold as ice. Nonetheless, surviving Delhi winters for long, we thought it will not be a tough task for us; hence we set out on a chilling adventure.

Fondly known as ‘the Queen of hills’, Darjeeling was developed in the mid 19th century, when the British set up a sanatorium and a military depot here. Before this, Darjeeling was the ancient Gorkha capital but later the Maharaja of Sikkim gifted Darjeeling to the British.

It was a week long trip, what with over 60 hours in the train to and fro; yes it’s a long journey from the capital. Honestly, Darjeeling is a place to explore in not more than a day. With its tea gardens, the famous toy train, St. Andrews Church, Peace Pagoda and snow leopards in the zoo, there is not much in the town itself. It is the neighbouring places that one should look forward to exploring.

We left in our, already late by eight hours, train at around 7:30 in the morning and reached New Jalapiguri station at around 2 in the afternoon the next day. Pheww.

Taking a reserved cab from the station (Rs 1200 for the four of us), we reached Darjeeling in another four hours – stopping at midways and eating the local delicacy, momos, along with tea was a welcome break. It was 7 in the evening now and we were informed that shops and restaurants and even the pubs in the town start putting their shutters down at about 8:30pm. We rushed to our hotel, freshened up and went out for a quick dinner at Glenary’s. You should definitely not miss out on food and drinks when in this part of the country.

Indeed without breakfast at Keventer’s, Darjeeling is incomplete. A sumptuous meal of chicken sausages and meatballs along with Darjeeling tea got us off to a flying start. Roaming around the town and taking in the beautiful vista of the Himalayas was on our list next. Exploring the localities and the zoo with its red panda and snow leopards and shopping for us gals, we called it a day and headed to Joey’s Pub for some drinks.

Tiger hill was on our agenda and we were up and about at 4 in the morning (night?)

Taking a cab to this beautiful hill, 11 kms from Darjeeling, we were mesmerised by the much talked about sunrise and the panoramic view of the twin peaks of Kangchenjunga and the third peak of Mount Everest. Painted in gold by the sunrays, the view was… well… I don’t know how to put it in words. You need to be there to feel the magic of it.

Our next journey was towards Mirik, nestled in the hills, two hours drive from the town. When I say journey, I am actually putting emphasis on THE JOURNEY. The drive to the place was the best part. The serene hills, high trees on both sides of the road and the fog… oh the fog… it was one of the most breathtaking views I had ever witnessed. Stopping for a tea break in the middle of the hills (you can even opt for hard drinks… yes they sell alcohol on the road side, though I am not sure if it’s legal...) and some maggie, we took in the view of the hills mostly covered by fog and trees.

We reached Mirik and sat by the Sumendu lake for hours, had some momos (again!) and tea (you can’t miss out on the Darjeeling tea).

Next, we looked around some tea estates and gardens and then headed to Pashupati Market on the Indo-Nepal border. Technically we had crossed the border and were in another country now, so we were obviously excited. This place also sleeps early, around 6:30 pm, a little too early for our liking. We shopped a little but as we were late we could not splurge enough. Reach there early if you want some cheap yet valuable shopping done.

PS- Switch off your mobile phones and net packs before crossing the border or your balance will be wiped out before you know it.

Moving a little higher in the Himalayas, our next stop was Gangtok in Sikkim about four hours drive from Darjeeling and we started early for this day trip. It is a popular Buddhist pilgrimage site with its monasteries and centres for Tibetology and has the most picturesque surroundings. Thukpa, Gyathuk, momos and cheap drinks were the main attractions for us here. The Teesta River and waterfalls are great for sightseeing along with the Buddhist monasteries. Spend a full day here if you really want your trip to count.

PS- Sikkim is a smoke-free zone and they are really strict with their laws. But you can surely buy lots of localy produced liquor from Gangtok which is not only good but also cheap. Cheers.

We saved the best for the last... the Toy Train!

The journey from Darjeeling station to Ghum station was something I will remember forever. You absolutely can't overlook the scenic beauty of the place... but to savour it from hill to hill and tree to tree is another thing. And the toy train is the best way to get it all in. The Darjeeling toy train, officially known as the Darjeeling Himalayan Railway, took us through the lower reaches of the Eastern Himalayas to the rolling hills and lush green tea plantations of Darjeeling. After enjoying one hour of the joyous ride, we took a cab from Ghum station which transported us back to New Jalpaiguri station and we boarded our train back to Delhi, thus ending our week-long trip to the mountains.

What with the famous Darjelling tea, the not so expensive winter garbs from Nepal and the oh so good and oh so cheap alcohol from Gangtok, we splurged a lot in this trip and the ride was absolutely worth it!

Awesome English breakfast -Meatballs, sausages, egg fry, some tea & coffee. Try their chocolate shake too if you can fit it all in. Don't start your day in Darjeeling without having some breakfast here first. 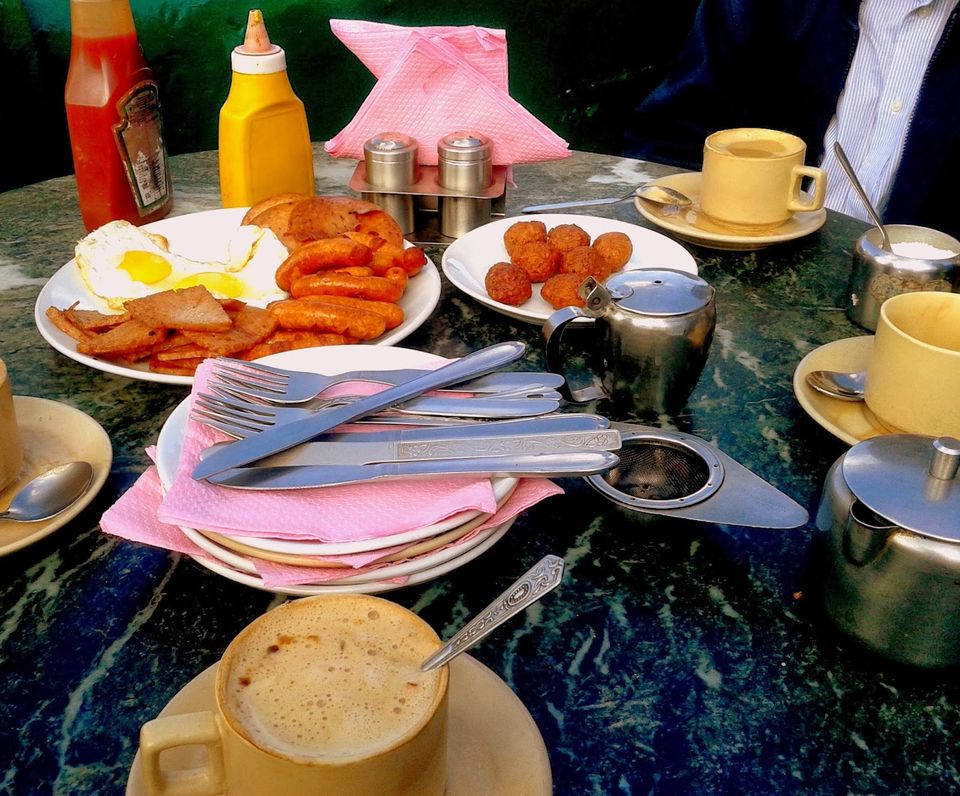 Filling dinner at affordable prices and some good liquor.

Watching the sunrise, the golden peaks and experiencing nature at its best. 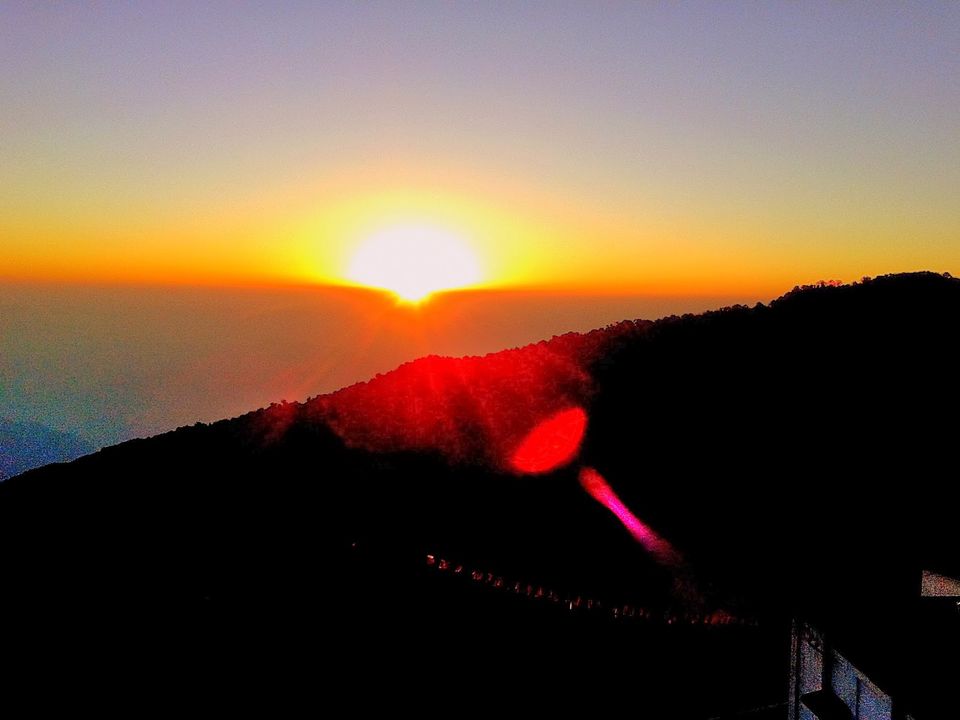 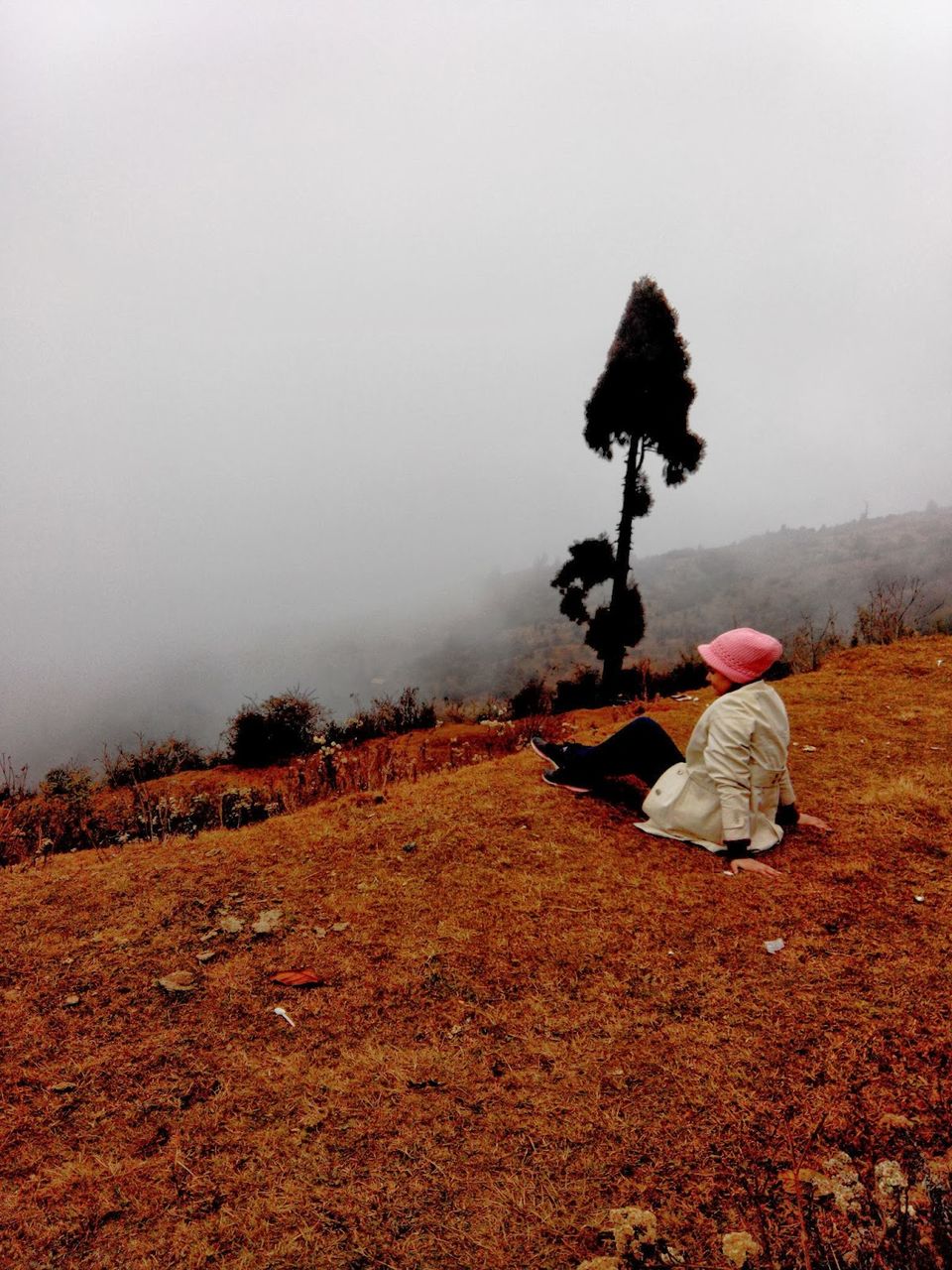 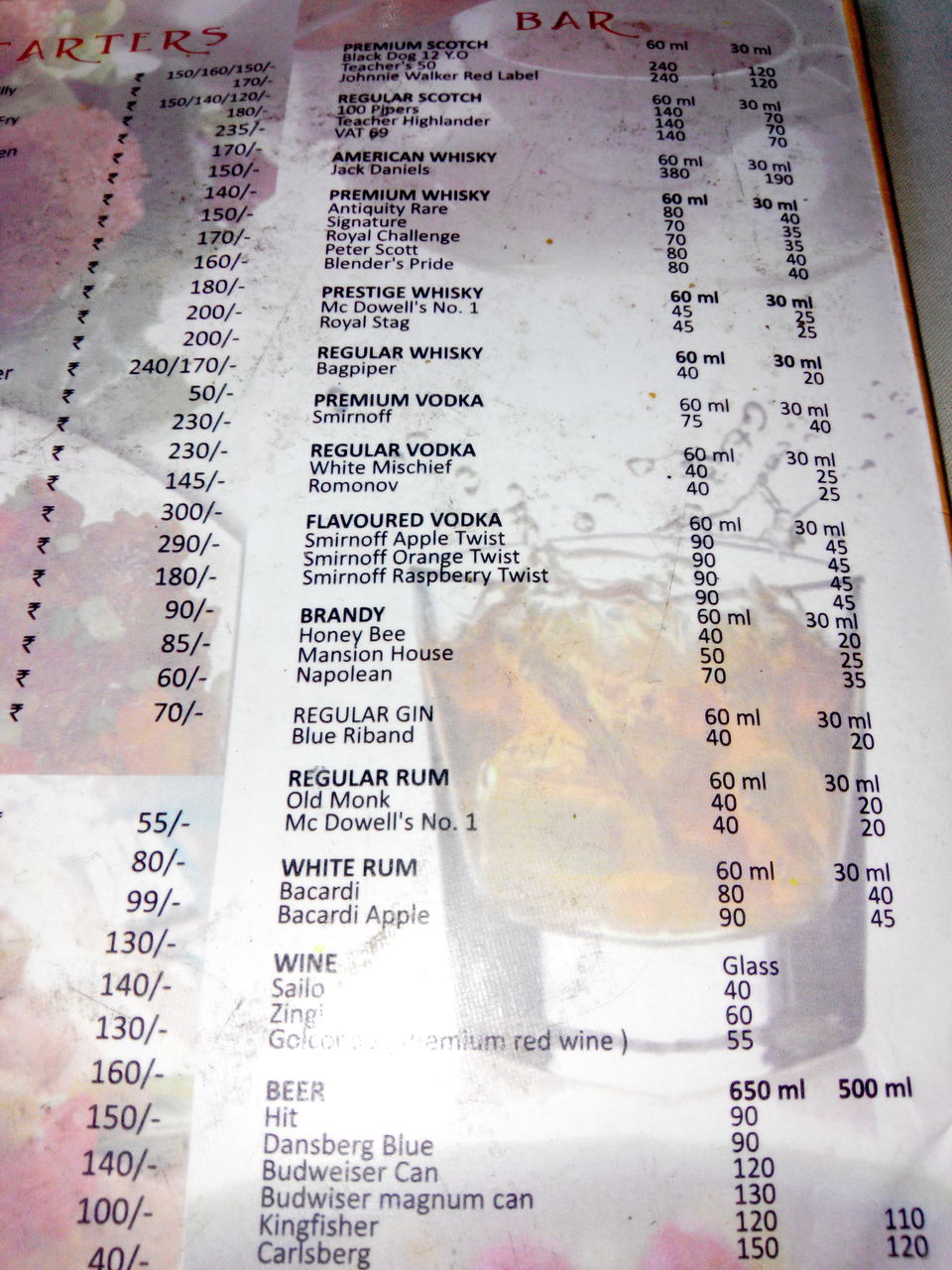