Dear Google Maps, Thank You For Almost Getting Me Killed In The Mountains

Dear Google Maps, Thank You for Almost Getting Me Killed in the Mountains 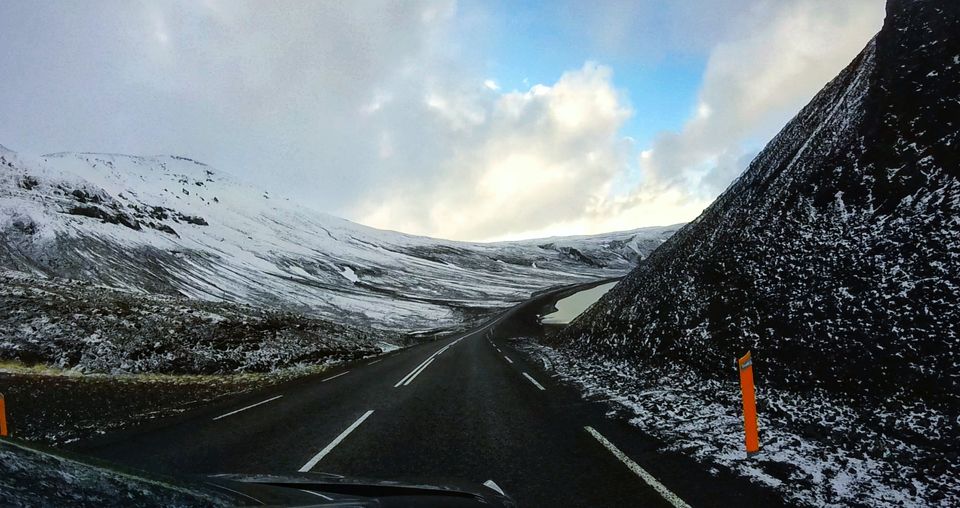 15 years ago, when Google Maps launched, it changed the game for travellers, making paper maps redundant. From a desktop page, it has evolved into the most used app all over the world, helping its users to take the shortest route, beat traffic and arrive at the destination without much help. Alas, we all have a story with Google Maps where it has completely betrayed us. Be it by not telling us whether or not to take the flyover or rerouting us to completely new roads. With great power comes great responsibility and even the mighty satellites giving you directions can fail you. One of such incidences ended up leading us on an incredibly dangerous journey and getting out alive still feels like a miracle.

One of the first rules of driving in Iceland is if you have 4x2 you cannot cross the country. All you can do is stick to the peripheral ring road. The rest of the roads that are marked F can only be accessed by 4x4 vehicles. We were driving through South Iceland and our final destination for the night was a village in the North. Theresa and I typed in our destination and set the course. No, Google Maps did it for us (the one in blue in the above picture). Just how it does for you, the app decided it would be ideal to cross the country and that’s the shortest route possible. Of course, we were naïve, dumb tourists with a “what could go wrong?” mentality. Iceland is a country that has just become privy to tourism and hence all the roads are not drivable, and as soon as you leave the comfort of the ring road, they are just loose gravel or dirt roads.

The road started with scenes that looked right of a National Geographic magazine. We could hear the gravel crunch under our tires and it had synced itself with our radio. The sombre, moss-covered mountains towered over us. We made our way towards them and the roads curved along their perfectly shaped waist. The beauty had taken over our senses, and as we rolled down our windows, crisp air washed over our faces and we never knew such beauty could exist on Earth.

Overjoyed, we kept driving slowly on the gravel and as we made our way down the first set of mountains, the scenery transformed into a winter wonderland. The lands were white as far as our eyes could see and in the distance, we could see the bone-white volcanoes. I hoped our road passed the volcano, my sense of adventure disregarding all the dangers. Suddenly we hit a bituminous patch of road and thought that’s how the entire road would be. I mean Google Maps did think it was the best route.

Finally, we approached our second set of flour-white mountains, where reality hit us. We gazed up at the mountains. Encased in a crown of grey mist, the mountains gave a sarcastic smile. This should have been our clue to turn around and go back the way we came but, at that moment, all reason had jumped out of the window and we were pulled towards the peak like the call of a mermaid. The narrow dwindling road taunted us and with every metre we climbed, the mist became thicker, reducing our visibility. We looked behind in the hope to turn back but couldn’t see anything. We were lost in the sea of grey fog completely engulfing us.

Finally, we approached our second set of flour-white mountains, where reality hit us. We gazed up at the mountains. Encased in a crown of grey mist, the mountains gave a sarcastic smile. This should have been our clue to turn around and go back the way we came but, at that moment, all reason had jumped out of the window and we were pulled towards the peak like the call of a mermaid. The narrow dwindling road taunted us and with every metre we climbed, the mist became thicker, reducing our visibility. We looked behind in the hope to turn back but couldn’t see anything. We were lost in the sea of grey fog completely engulfing us.

The cunning mist was clutching at the throats of the mountain and now trying to hold us too with its bony fingers. We heard the rumbling of thunder and then the mountains bellowed, asking us to get out. There was an eerie silence in the car, and the pounding of our hearts could be heard a mile away. As we approached the peak, the mist gave away for a second and we saw the deep trench that lay ahead of us. We looked at each other with a look that said “what has Google got us into?”.

The road was now covered in ice, we could feel the car slip if we increased our speed. We were now down to 10 km/hour, hoping to get out of this alive. Google Maps had very efficiently left our side as the network bar now showed us a red cross. The wind made its appearance, howling and trying to push us down the valley. By this point, fear became a tangible force that crept over us and Theresa clutched the steering wheel with all her might, to give her a sense of control. My mind started cooking up back-up plans, but none were discussed; I had to stay positive.

In retrospect, the way we both stayed calm and panicked internally is what got us out. After what felt an eternity, we started our descent, the fog parted and over the horizon, we saw spikes of thin light piercing through the clouds. A sigh of relief washed over us. We could finally see a way out but Google Maps was still hiding behind the curtain of no network. We were on our own and not even close to getting out of this mess. It reminded me of a naughty child who disappears after getting you into trouble.

When we arrived at the base of the mountain, we stopped the car and screamed out in joy. We knew we had a long way to go but we did it and prayed for an easier road. The sky cleared and burned into flames of orange. We were reminded we were in Iceland, where the weather changes every five minutes. Five minutes past this reminder, we were graced by a hail storm, and five minutes later a rainbow shone over us. Through the multiple moods of the weather gods we drove towards the horizon, hoping to get out before the light dimmed.

Even in the menace of mountains, we knew there was beauty all around us. We might not have been in the mental state to appreciate it in its rawness but we were aware of its existence. After another three to four hours of gravel road, stops for pictures, hanging out with horses, and witnessing a series of hail storms–rainbow combinations, we made it to ring road just after sunset.

Never have I been happier to be back to civilisation. So, a journey that would have been only four hours, was now a total of seven to eight hours in total. Not the shortest huh?

When we entered our hostel that night, I said to Theresa, “I was not afraid of death at that moment, I’ve lived a happy life. What I was worried about is when would they find our bodies?”. She looks dead into my eyes and replied,“oh, that’s not an issue, when the snow would thaw, they would find us”. One of the million reasons I love her and love to travel with her.