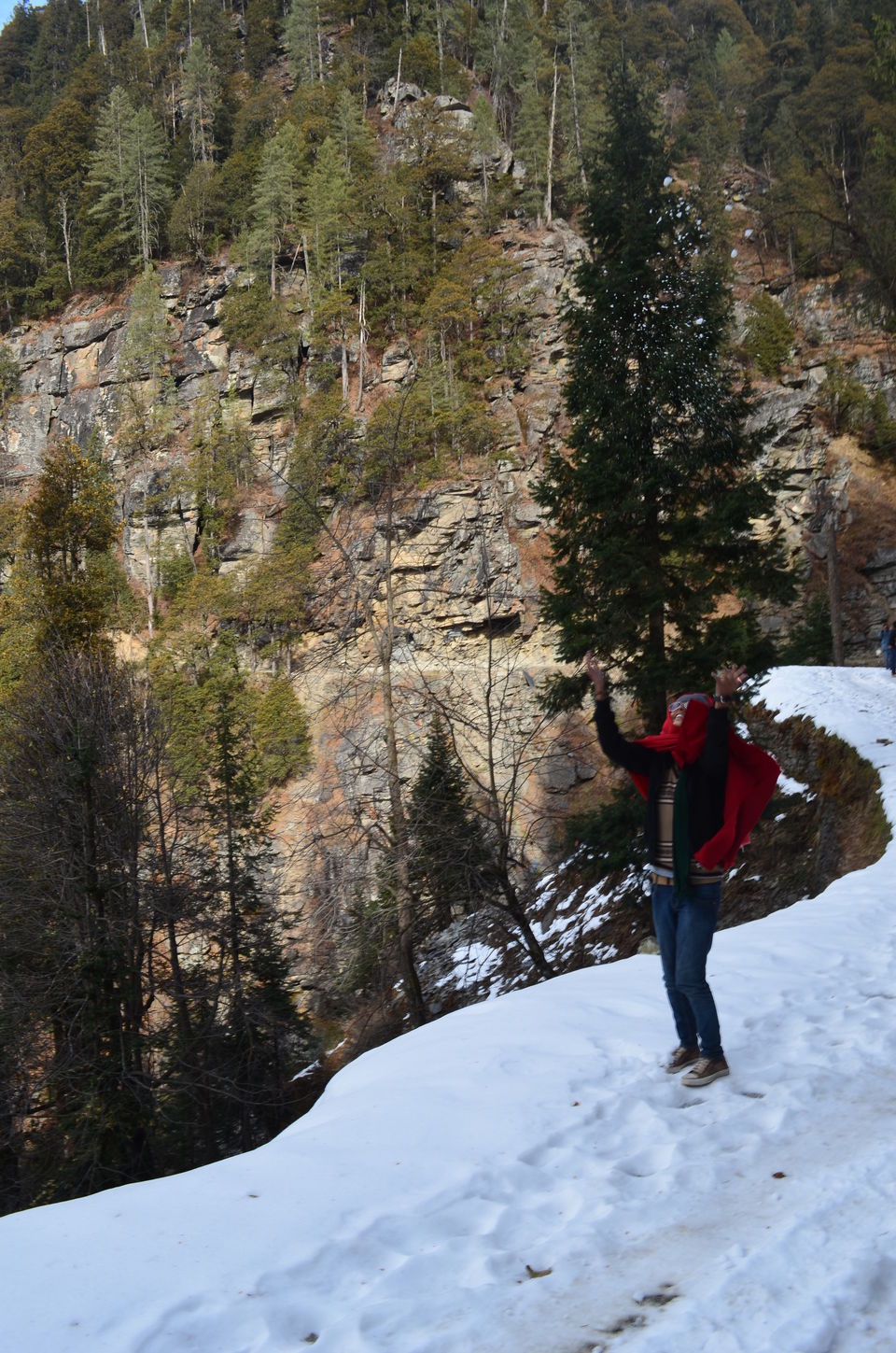 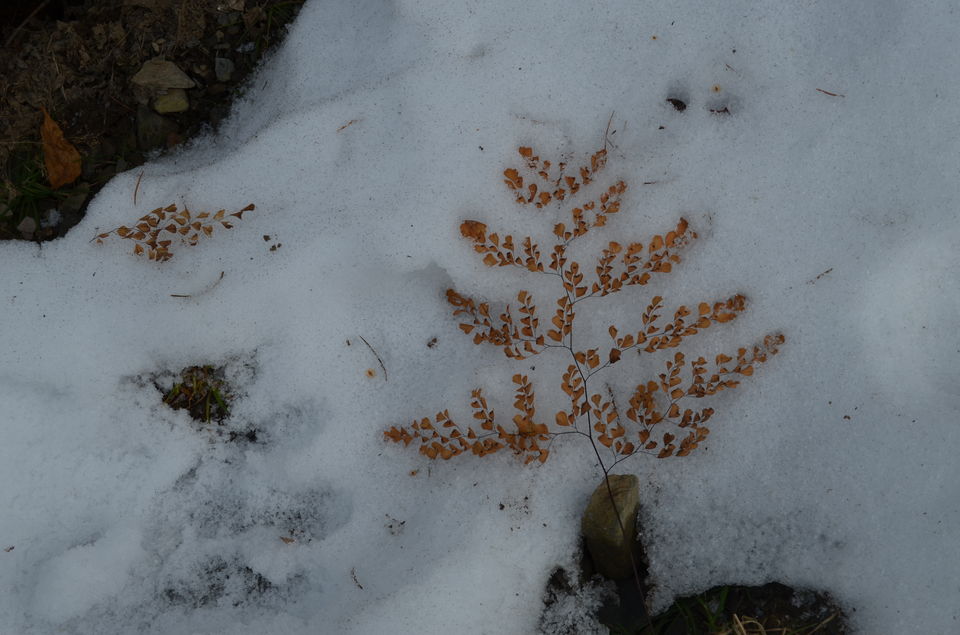 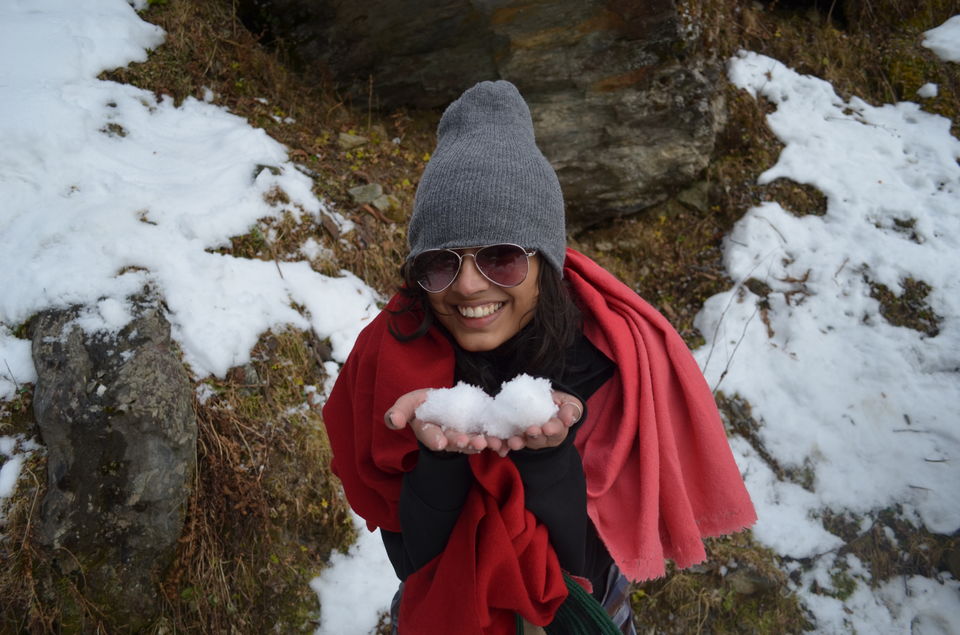 Last Year November was one of the most awesome moments of my life. After seeing it in movies for i-don't-know-how-many-times, practically & physically i got to see and touch snow!  the trip covered Dalhousie and a Drive to Saach Pass which is approximately at 15000ft.  We reached it late at night and the bus could not enter the main town because of smaller road and we were transferred in Tata Sumo.

The first day was at Dalhousie, nice clean Hill station, in the northern part of Himachal.  Reaching Dalhousie, I could feel the chillness  in the place, there are a lot of tourist destinations in and around Dalhousie but we chose to visit the Drive to SAACH PASS. We hired a vehicle and started at the wee hours in the morning. It was so cold in the morning, our feet and palms went numb and as we started i  was scared that it might  be really killing cold in the snow .  As we started, from the height, We can see the sun rising from behind the faraway  mountain and rays slowly touching down the corners of this  remote town.

What made the trip adventurous??

Coming to that part, the road to Saach Paas like most hilly roads, not broad enough for two vehicles to cross at the same time, guarded by steep mountains on one side and slant of the mountain on the other. The roads had no guards against the slant and in a situation like that,the driver becomes the most trusted friend. Literally the road was smooth, silky and curved just like a snake. We passed  through a big water reservoir and just then daylight started fading away as we are about to enter a tunnel.  After going for almost two hours, the car stopped at a place to kill our appetite! Hot bread omelette with a cup of tea was a refreshment in the head spinning drive!!

At a height of about 10000 ft above the sea level, there was a small temple, The driver stopped the car and told "yeha mattha tek lo! yeh rakkhawali mata Ka mandir hai."   Our protection from any casualty was on her hands.  i was like okay this expert driver who know this road as good as his back of his hands was also unsure about the fate. We were taken aback, by a waterfall just in the middle of the road, the driver call it there NATURAL CAR WASH!

Saach Pass is almost 130 kms away from Dalhousie and it took almost 6 hours to reach there, I say almost not there yet,  we stopped for our refreshment because no food in the snow spot. only one small shop is there ran by 3 women and its more of a homely shop and guess what was the menu! hot simmering MAGGI!!

Well thats not it, the twist was when we were at a kilometre away from the snow spot, there was an army check post and they were not allowing us to go there because of too much of snowfall. After much convincing, they let us go but only after signing an undertaking that we are responsible if anything happens to us.after 15 minutes, we entered the snow spot, the roads all snow covered, the tree branches, the waterfall frozen....it was a breathtaking moment!

It was not a commercial tourist spot as compared to  Manali, we were the only group to be there so it gives the peace and time  to immerse in the joy of snow.